Located on the Pothohar Plateau, roughly 9 miles south of Islamabad in the Punjab province in northern Pakistan, is the city of Rawalpindi. Known locally as Pindi, Rawalpindi served as Pakistan’s capital from 1959 to 1969. Because of their proximity and strong ties to one another, Rawalpindi and Islamabad are often referred to as “the twin cities.” As the nation’s fourth-largest city, there are a number of great things to do in Rawalpindi, Pakistan. 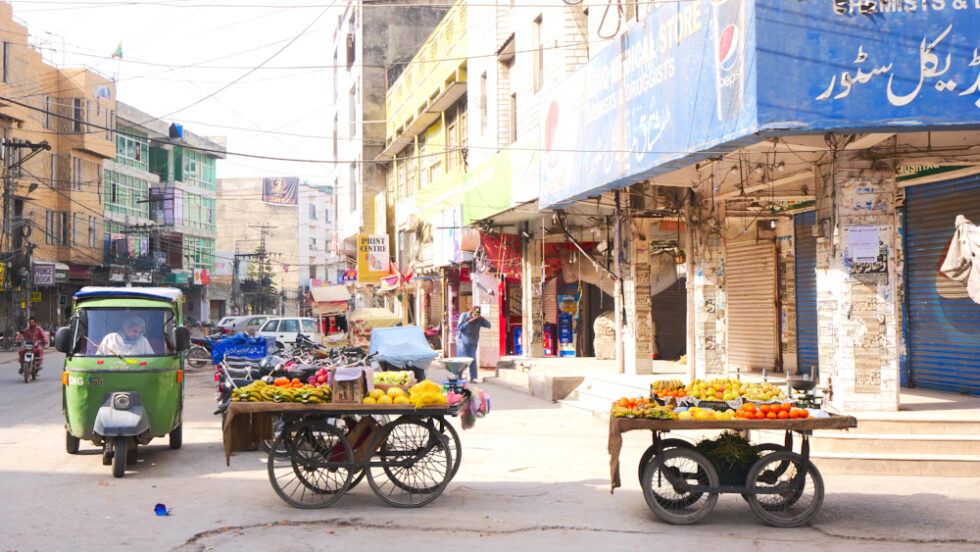 Modern-day Rawalpindi was built atop an ancient city known as Gajipur, which was destroyed by the Mongols in the 14th century CE. After its destruction during the Mongol invasion, the city was rebuilt and renamed by Gakhar chief Jhanda Khan. From there, Rawalpindi blossomed after a Sikh explorer named Milka Singh invited people from the Shahpur and Jhelum areas to settle in the area in 1765. 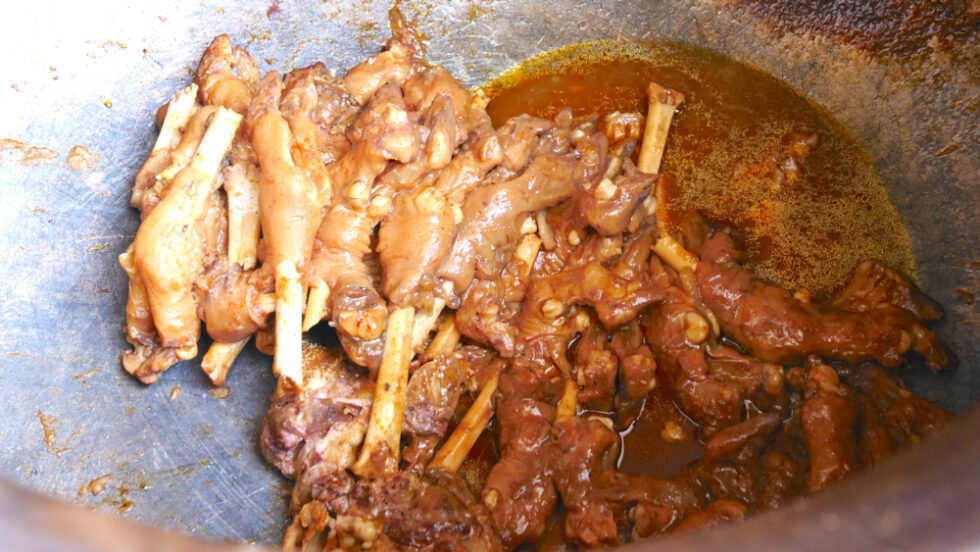 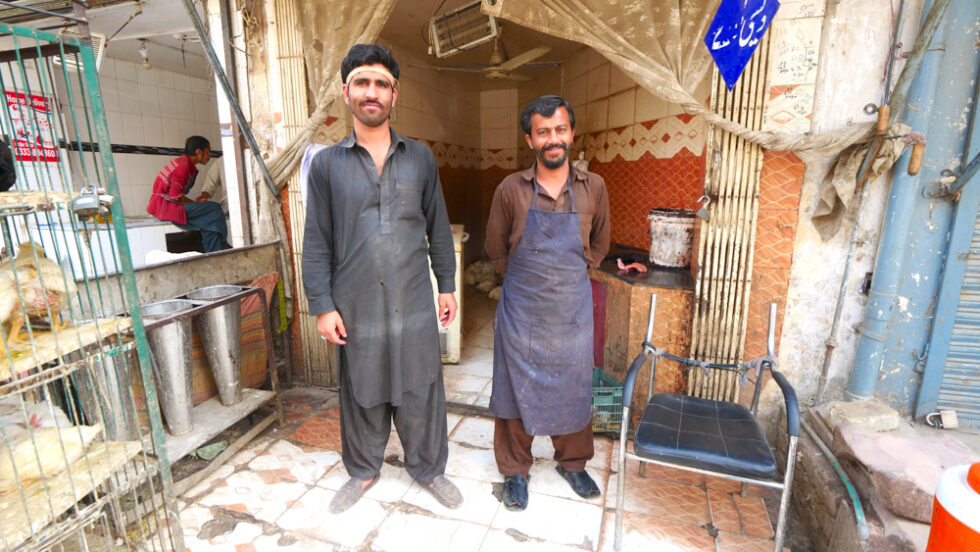 My time in Rawalpindi was brief but eventful. I spent just a single morning exploring the city with my guide Rashid from Manaky, a travel marketplace dedicated to traveling through Pakistan. My time there followed two incredible days in Islamabad. I wish I could have explored more thoroughly, but the things I did experience were world-class. The cuisine, in particular, was amazing and I think you’ll enjoy it, too. These are the top 3 things to do in Rawalpindi, Pakistan.

Check out the Top 10 Things to See and Do in Islamabad, Pakistan 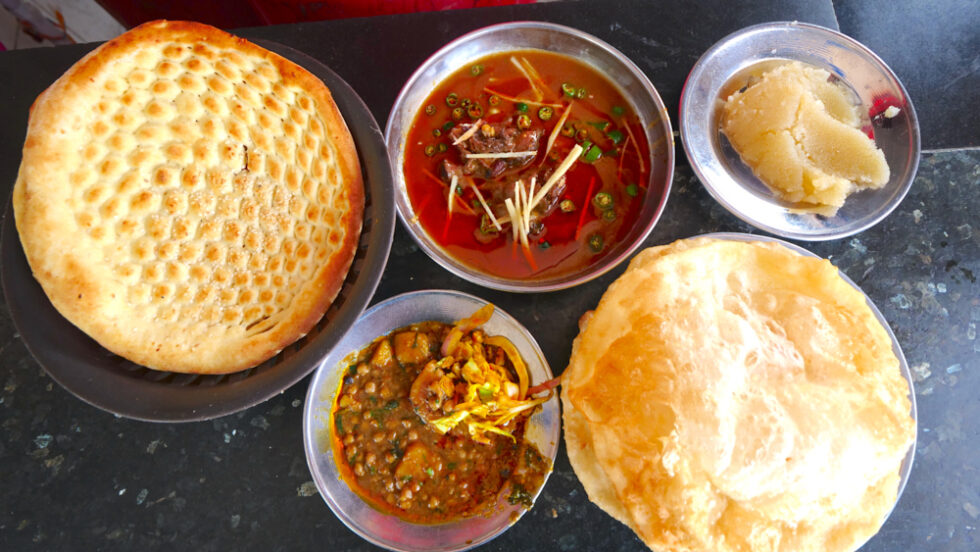 If you’ve followed me for a while, you’ll know that one of my favorite ways to get a feel for a new city or country is to try the cuisine. In Rawalpindi, that means trying some Pindi street food! For that, I suggest heading over to The Refreshment Center. 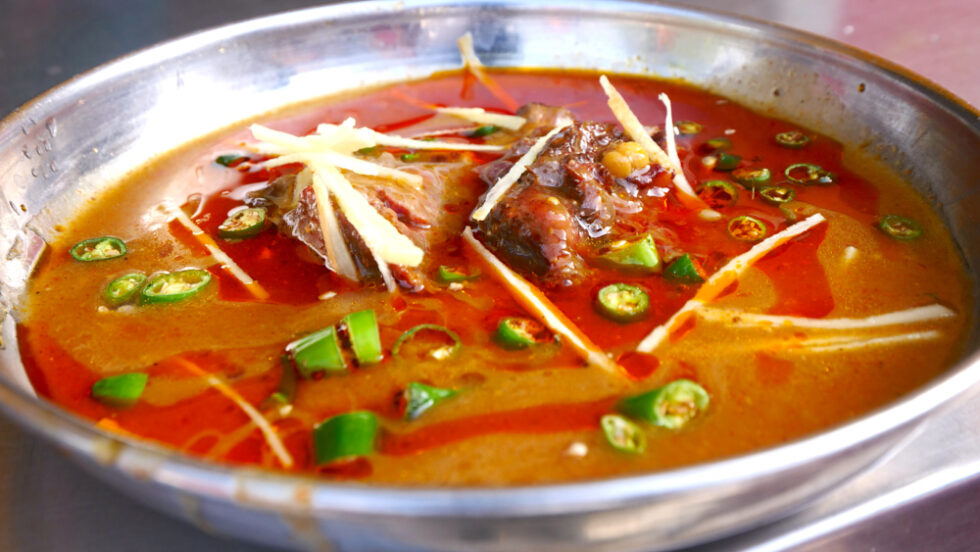 There, I enjoyed a street food breakfast of champions. The dishes included one of my new favorites, nihari. This dish is a rich, flavorful beef stew that can also contain bone marrow and brains. It may be a bit exotic for some, but I fell in love with it when I tried it in Karachi. 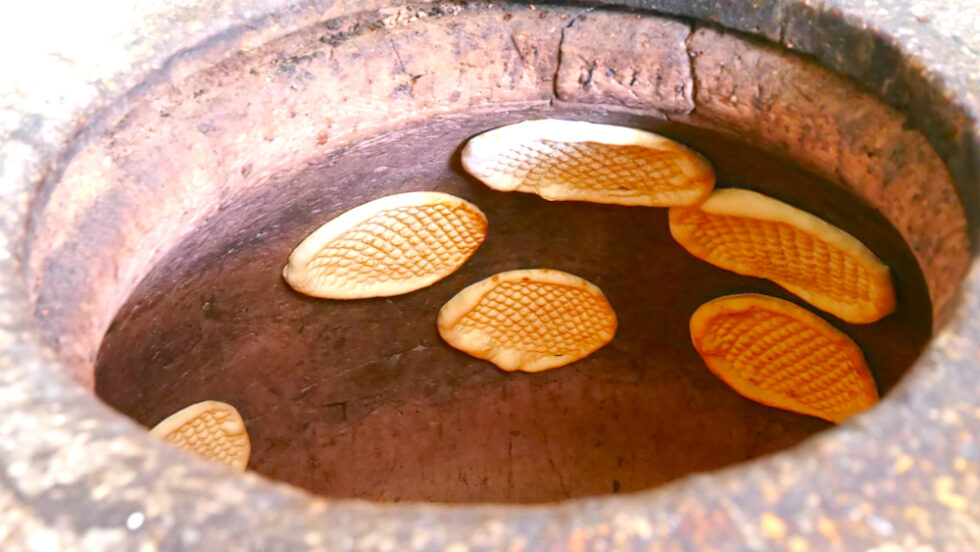 It’s soft, tender, and unbelievably flavorful. There’s a kick of spice from the chilies in it, and the oily meat is smooth and velvety. It practically disintegrates in your mouth and pairs nicely with roghni naan, a chewy flatbread similar to a pizza crust. Trying it is among the best things to do in Rawalpindi, Pakistan! 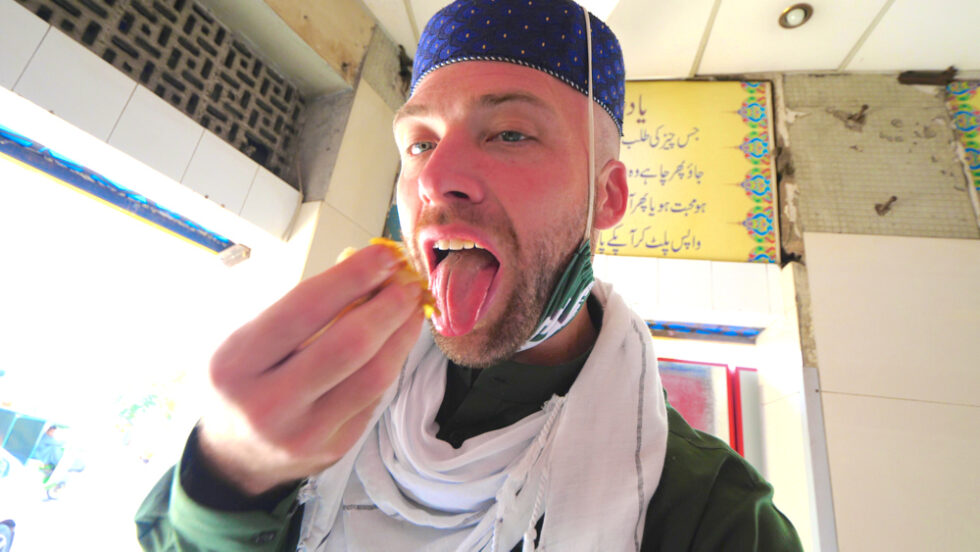 I also enjoyed some delicious halwa puri. This dish is made up of a sugary semolina dish called halwa and a flaky, fried, puffed-up flatbread called puri. It’s extremely common throughout Pakistan and usually comes with chana, a tomato-based chickpea curry. 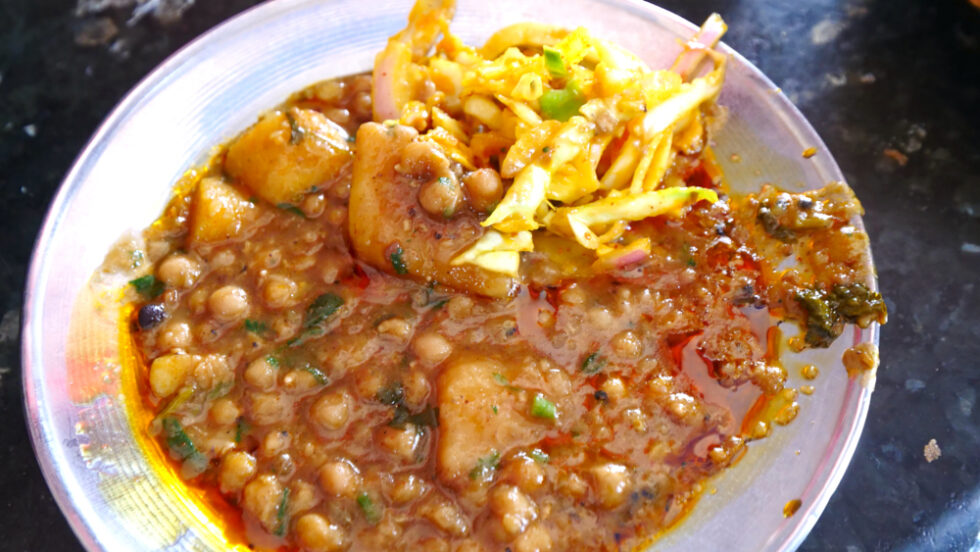 When you eat them together, you get an incredible sweet-and-savory burst in your mouth. The combination of textures is also amazing! The earthy chickpeas, tangy tomato-based gravy, and saccharine halwa all work in concert with one another. They make your taste buds sing! 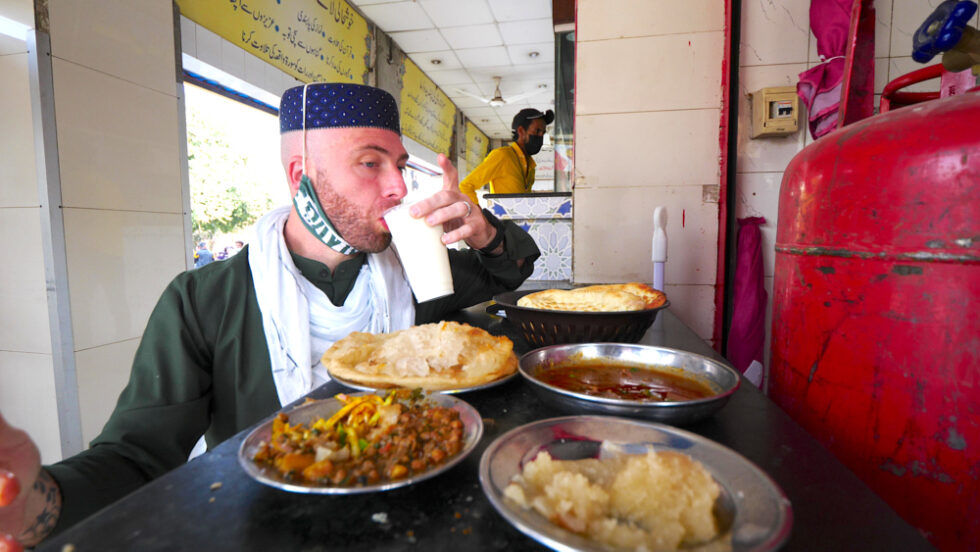 Finish off your breakfast with a lassi, a refreshing yogurt-based drink that’s popular throughout South Asia. Depending on where you are, they can be thin or quite thick and chunky. They’re the perfect way to cool your mouth down and coat your stomach after a spicy meal! 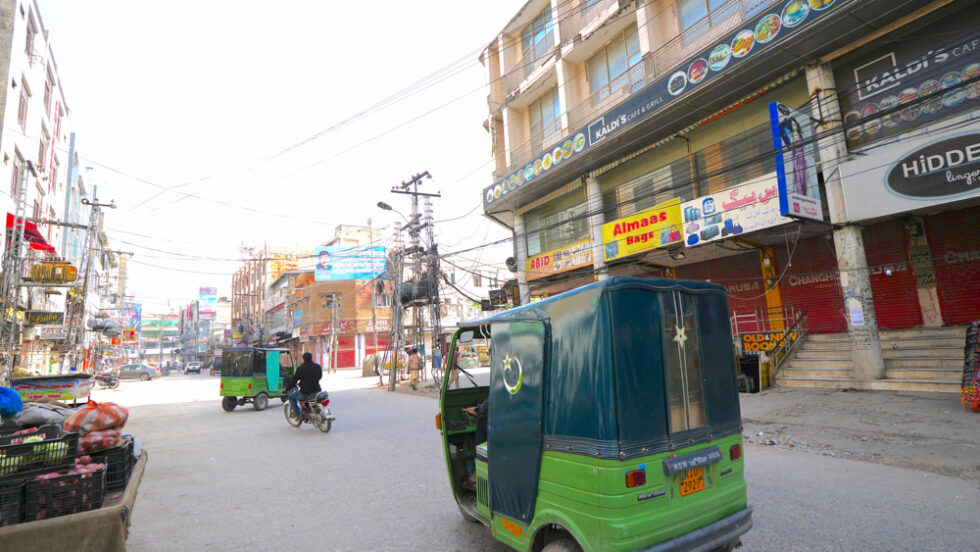 Rawalpindi is also home to a large bazaar and commercial market. On the Friday morning I visited Rawalpindi, the bazaar, wasn’t busy at all as I was there just as the shops were starting to open. It was one of the first times I’d visited a commercial center in South Asia that wasn’t bustling with shoppers and vendors shoulder-to-shoulder. I almost missed the noise and the bustle, as it adds charm and character. 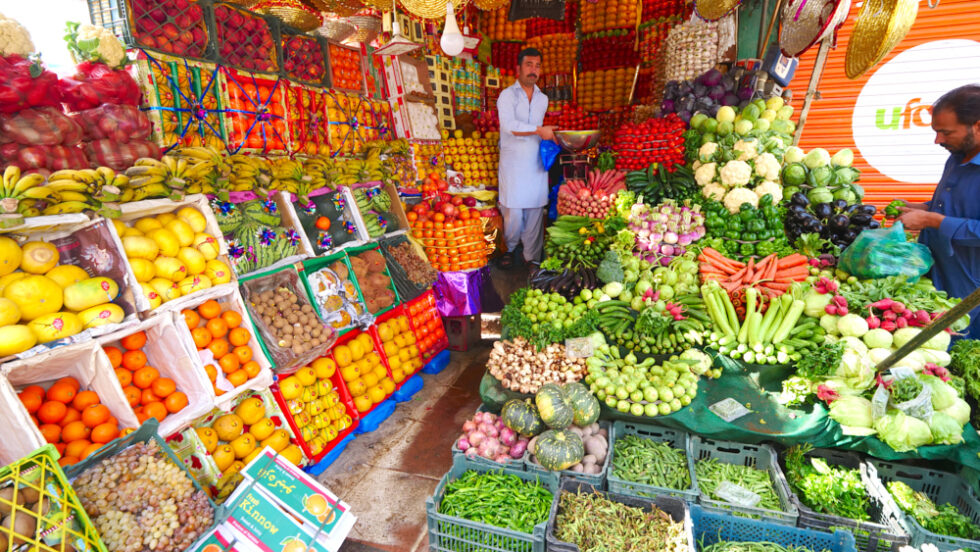 Throughout the market are vendors selling everything from street food to fresh produce to accessories. These types of markets are some of my favorites to explore, as they’re a one-stop shop for locals. You can find just about anything in them! 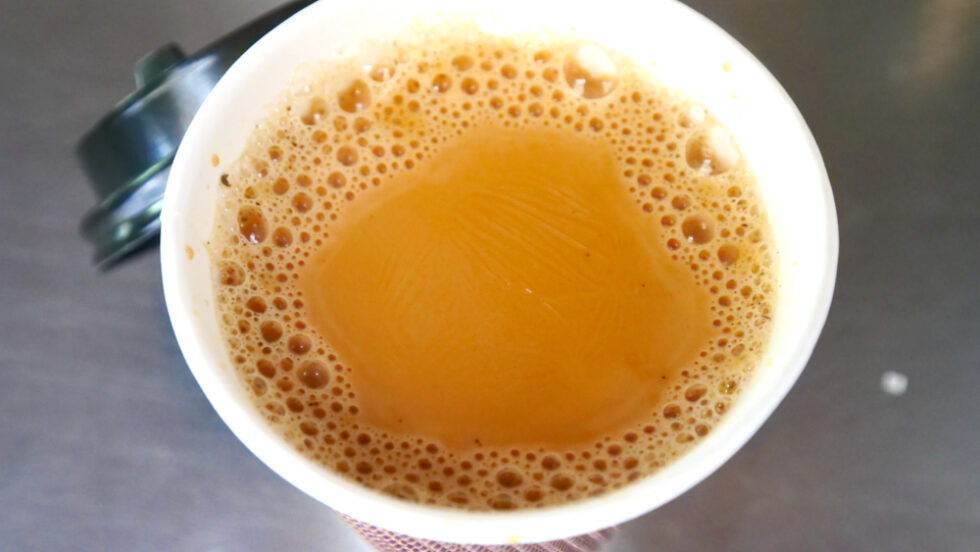 After breakfast, the first thing I did was visit a vendor in the market selling doodh patti. This is a type of chai made by boiling milk and sugar with tea, along with ginger, cardamom, cloves, cinnamon, peppercorns, fennel, and other spices. It’s rich and decadent, and has a nice, creamy texture! Try the chai with some malupa, a type of sweet and crispy biscuit you can get from a nearby vendor. 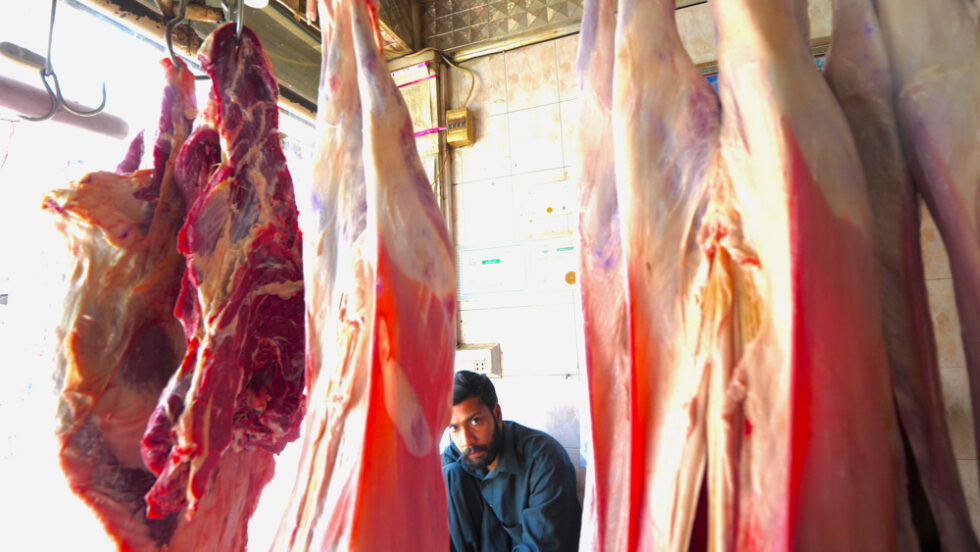 You’ll also find a butcher shop, where you’ll see the gory image of skinned lamb and goat carcasses hanging from the ceiling. It’s a great reminder of the reality of where our meat comes from. You can also buy animal innards, ribs, and even goat legs and slabs of mutton fat! Other vendors offer live chickens that you can take home to butcher yourself. 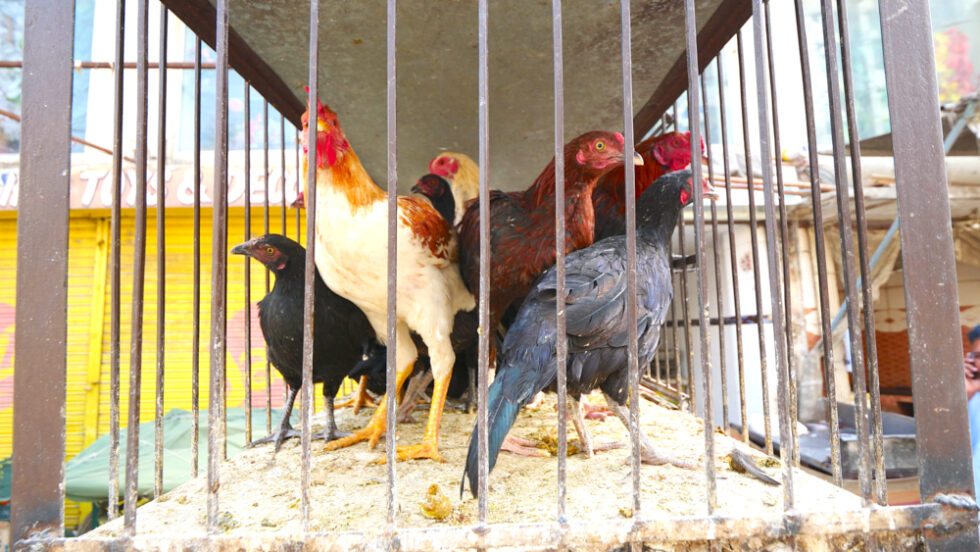 The market was fascinating even if the level of activity there was low. I could only imagine how bustling it would be by midday. Exploring it is easily one of the top things to do in Rawalpindi, Pakistan. Go there and mingle with the locals! 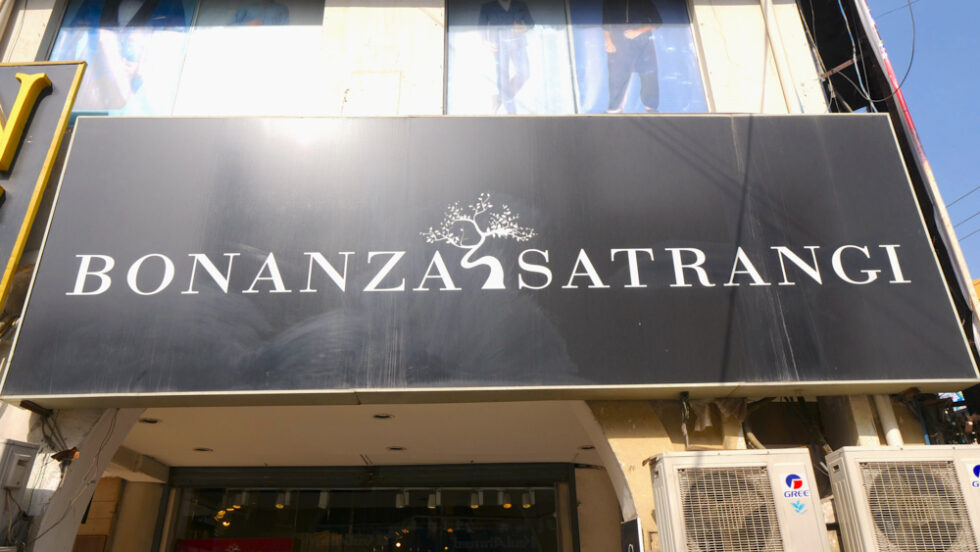 Throughout Punjab, you’ll likely see locals wearing a long, loose-fitting shirt and matching, loose pants. These outfits are called a shalwar kameez, and come in varieties for men and women. They’re popular throughout South and Central Asia. I had bought a green one in Karachi, but I wanted a white one, too. I finally got the chance to buy one at Bonanza Satrangi in Rawalpindi. 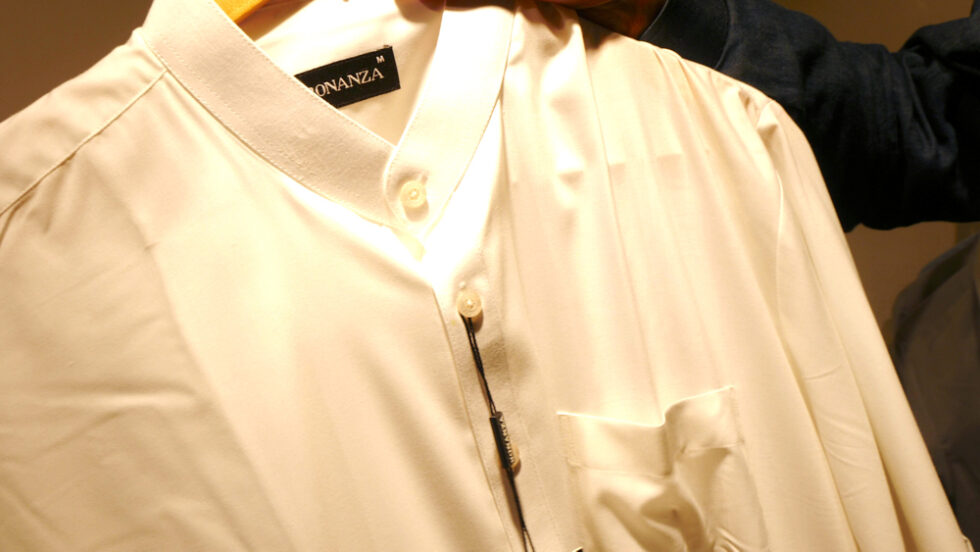 Bonanza Satrangi was sort of like a multi-level American department store. Their branch in Karachi had a much larger selection, but there were still plenty of things for men on their second floor. I saw lots of vests, shirts, and even items like cologne and bedding. The lower level is where you’ll find the bedding and women’s clothing. 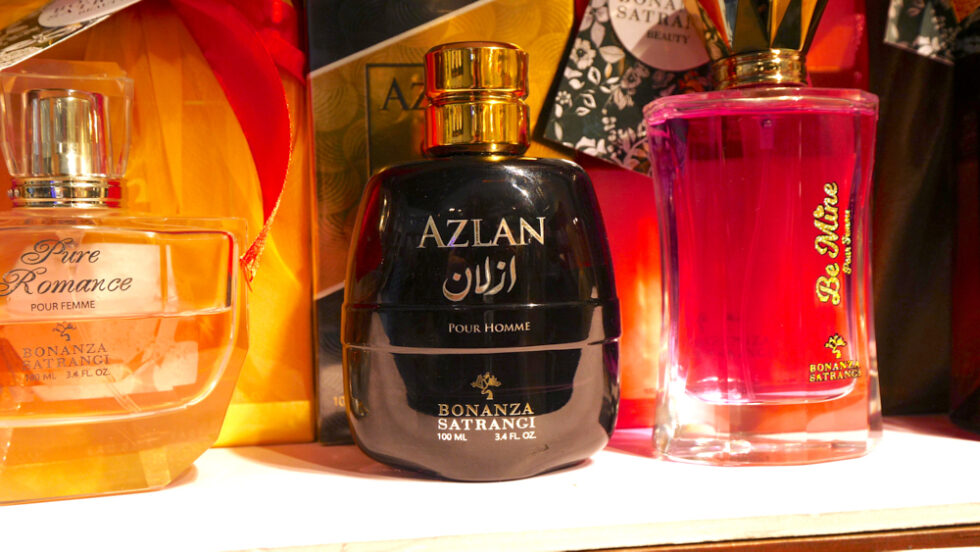 After buying my white shalwar kameez for 5,680 rupees (roughly $40 USD), an employee let me sample some of their colognes. They smelled really nice and would make for great souvenirs to take home to friends and family! If you’re a man visiting the city, buying a shalwar kameez and some local cologne is one of the top things to do in Rawalpindi, Pakistan! 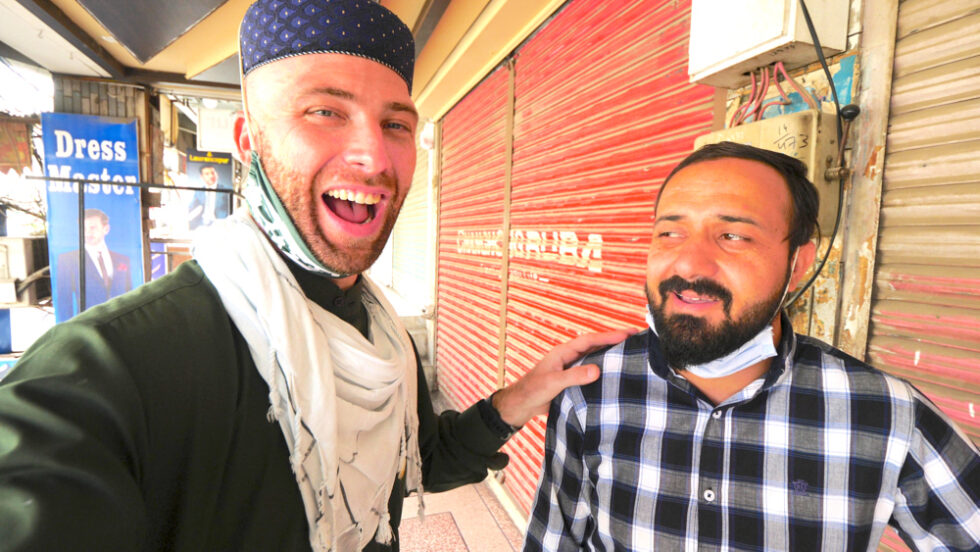 With such a short time in Rawalpindi, I know that I barely scratched the surface of the things the city has to offer. But I hope this small taste will inspire you to dedicate at least a couple of days to Rawalpindi when you visit Pakistan. As was the case everywhere I went in Pakistan, the people were insanely kind and accommodating and treated me like a king! Huge thanks to my friends at Manaky for giving me this incredible experience! To experience the best things to do in Rawalpindi, Pakistan, book a trip to Pakistan today!