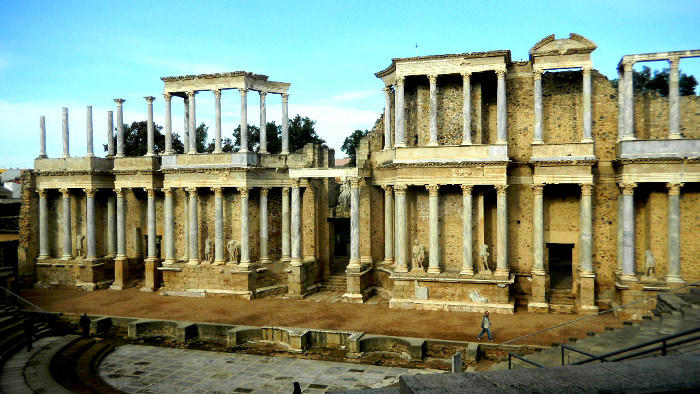 In November 2010 I decided to take a trip through the least known region in Spain: Extremadura. When I travel I am always looking to learn about the history of the area and this region drew my attention because it was once the heart of the Western Roman Empire. If you are a history buff like me, you would appreciate the Roman ruins in Extremadura.

The ancient region was known as Lusitania, which encompassed most of modern day Portugal and the Extremadura region. The capital was the city of Emerita Augusta, currently the city of Merida. Emerita Augusta was a sort of ancient retirement center where honorably discharged soldiers could live off their pensions. Merida is now a fantastic place for Roman culture enthusiasts to visit.

Although I visited dozens of Roman ruins, here are my top 5:

This aqueduct once provided water to the citizens of Emerita Augusta. At the moment there is only a small piece of the aqueduct left but even this small portion of the aqueduct is impressive. I have seen many Roman aqueducts and this is one of my favorites because of the complexity and uniqueness. You can walk around it and even touch the stones if you like. Fun fact: be careful not to get pooped on. There are colonies of storks nesting on the aqueduct. 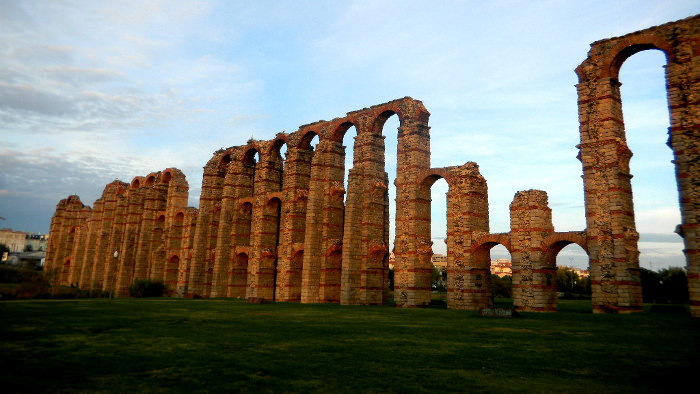 This bridge is known as the longest bridge ever built in Spain by the Romans. It features 64 granite arches and measures 2477 feet long, which is the length of 6.8 American football fields. I would suggest walking the entire bridge in order to feel what the Romans experience 2000 years ago. For the best view of the bridge go to the Alcabaza Moorish fort at the foot of the bridge (at the entrance of the city.) If you’re looking to get some great pictures or videos then this is the spot to go. 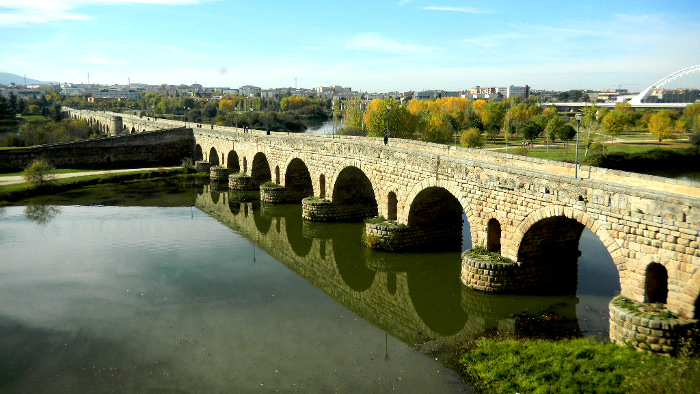 The Roman Theatre is known as one of the most well preserved roman theatres on Earth! Dirt is the reason why it has survived so well. When the Roman Empire fell many western regions were completely abandoned. Merida’s Roman Theatre wasn’t excavated until the 1970’s. A shop owner in Merida told me that he often played on the site, then a dirt hill, with his friends in the 1960’s. 9:00 AM is a great time to photograph the theatre because its façade faces east, which is the direction where the light is coming from. This is truly one of my favorite Roman ruins in Extremadura because of how well it has held up. 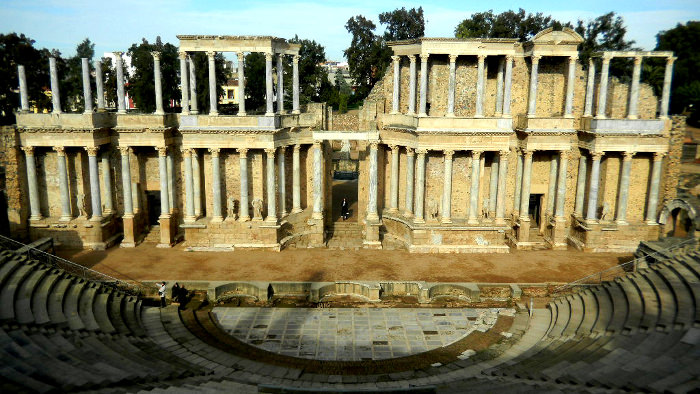 Like the Colosseum in Rome, the Roman Amphitheatre witnessed its share of gladiators, blood spill, and excitement. This one was built 97 years before the Colosseum but is approximately 10 times smaller. You can basically walk all over the stones with no hassle like you would in Rome. 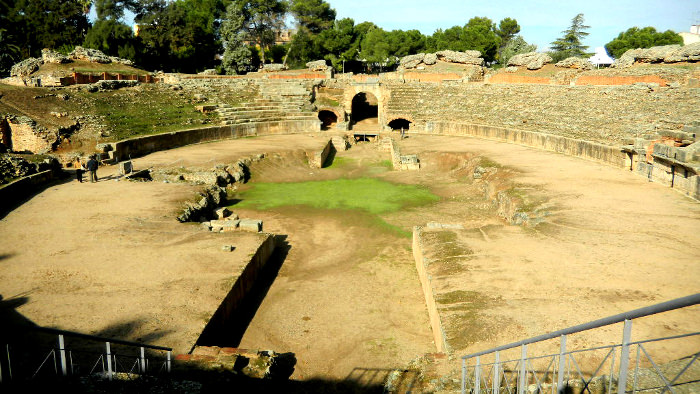 Unlike Merida’s bridge, the Alcantara Bridge (located about half an hour outside of Caceres) is one of the most well preserved Roman bridges in all of Spain. It was built during the reign of the Emperor Trajan in 98 A.D. and is the only true historical monument in Alcantara. Most parts of the bridge have been restored after being destroyed by Moors, French and Spanish in order to stop the Portuguese from crossing. For the best photographs, cross the bridge (towards Portugal), head left until you’re about 200 feet from the bridge and from there you can get some beautiful shots of the bridge and Alcantara at the top of the hill. 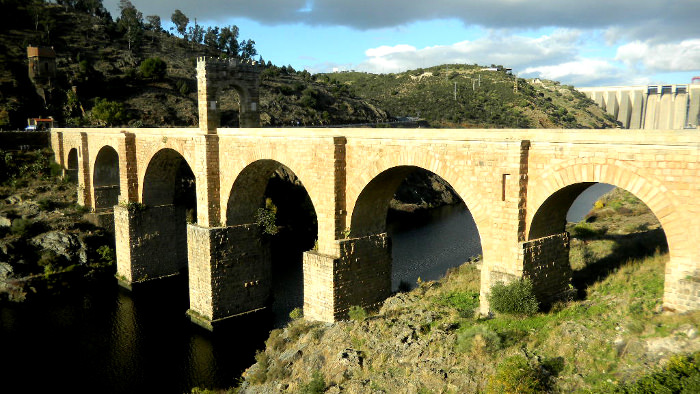 Besides these 5 must-see Roman ruins, I would suggest that you visit the Circus Maximus in Merida, which is where the chariot races took place. Other sites of interest include Trajano’s Arch, the National Museum of Roman Art that features the Roman street Cardo Maximus on display, and the Temple of Diana. Merida itself is considered a UNESCO World Heritage Site and is worth a trip if you’re a true Romanier!