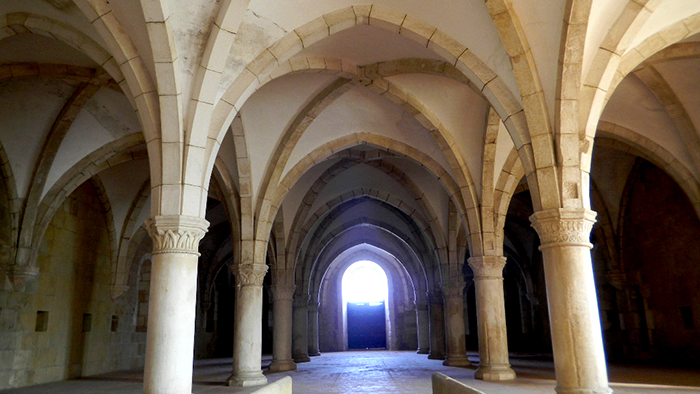 The monasteries of Portugal are an integral part of Portuguese culture. Here you will learn a little bit about Fatima, Batalha, Alcobaça, and Tomar. Each of these are must-sees if you are headed to Portugal!

The Monasteries of Portugal 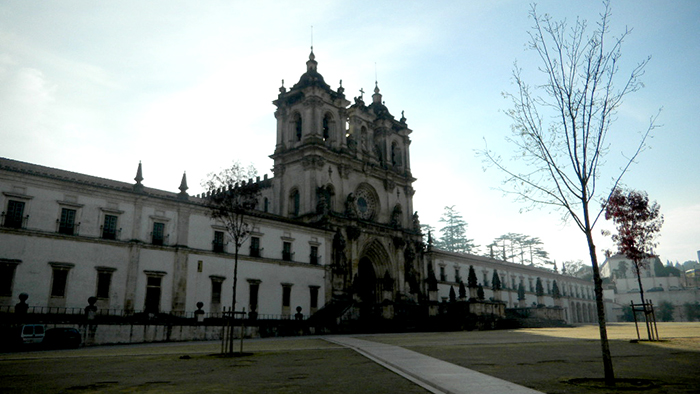 The third member of the Holy Triangle of Portuguese towns is Alcobaça, a small town whose main attraction is a large monastery. Afonso Henríques won the battle at Santarém and promised God that he would build a monastery, and thus went on to found Alcobaça’s monastery in 1153. Must-sees include the living quarters and massive kitchen. Other spectacular sites include the royal tomb of star-crossed lovers King Pedro I and Inês de Castro, and The Abbey of Santa Maria. 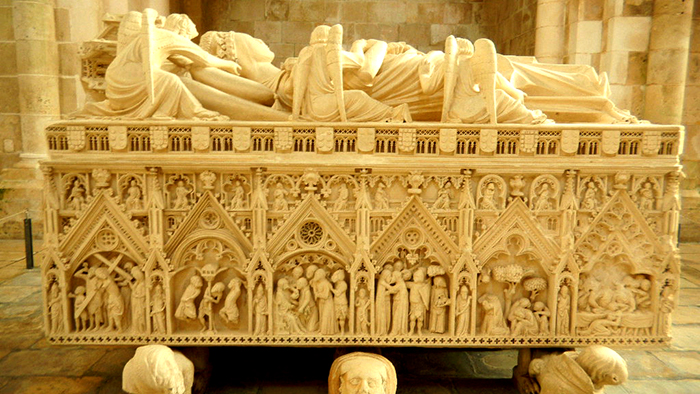 The Abbey is a UNESCO World Heritage Site, as well as Europe’s largest Cistercian temple and Portugal’s biggest church. It boasts five cloisters, seven dormitories, a library and a spectacle of a kitchen. Inside, huge pillars and columns support the 347-foot long nave of the church. 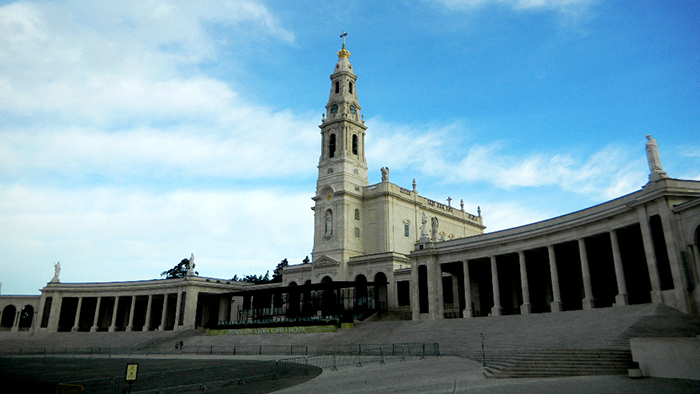 Of all the monasteries of Portugal, this is certainly the most famous one. Historic Fátima is famous for being the town where three children allegedly saw apparitions of the Virgin Mary. She is said to have foretold World War II, Russian communism, and Pope John Paul II’s 1981 assassination attempt. Many of Fátima’s pilgrims visit on May 13th and October 13th, anniversaries of the virgin’s visits. The town’s architectural gem is the Basilica of Our Lady of the Rosary constructed in 1953. 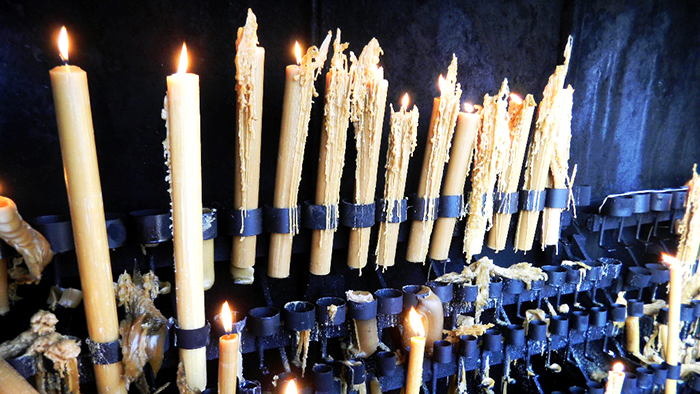 Located in a square twice the size of Rome’s St. Peter’s Square, it can accommodate a million people. The Chapel of the Apparitions sits in a corner of the square and houses a figure of the Virgin Mary holding the bullet extracted from Pope John Paul II after his assassination attempt. 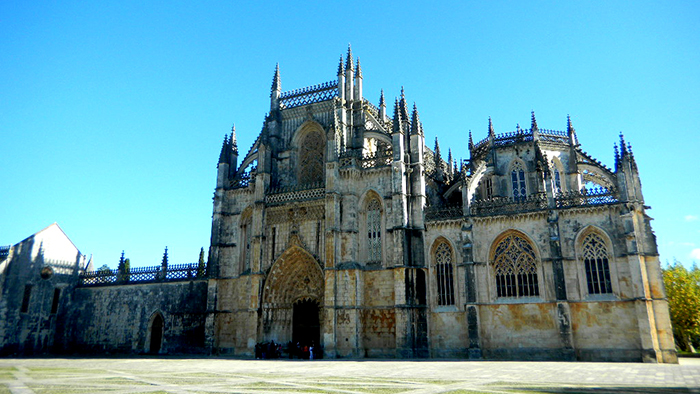 Founded by King D. João I of Portugal, the town of Batalha is the second member of the Holy Triangle of Portuguese towns and is chiefly known for the Monastery Santa Maria da Vitória. It is now a UNESCO World Heritage Site. Points of interest include the towering statues of the apostles in the front portal of the beautiful gothic cathedral, as well as the vaulting of the chapter house that stretches up to 60 feet. 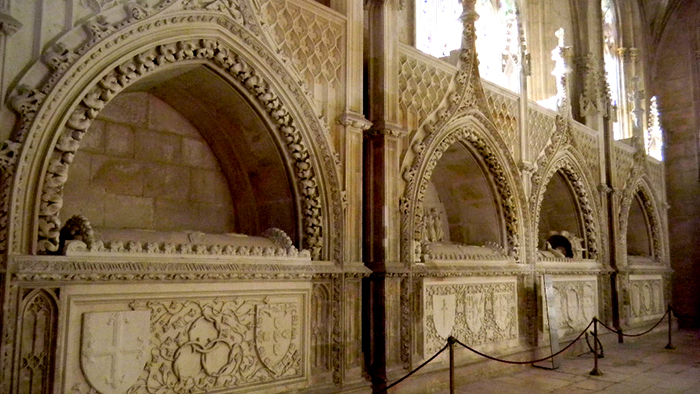 Outside of the dominating monastery, there are restaurants and quaint shops. Batalha is known for its amazing craftsmanship with masonry, tapestry, and work with pyrotechnics. Many souvenirs can be purchased in the Loja do Mundo Rural shop in the tourism office. 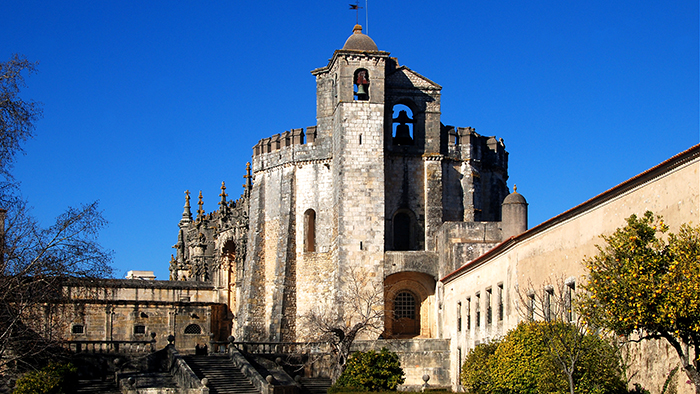 Tomar sits on the banks of the Nabão River. The 12th century Templar Castle dominates the town. It was once the national headquarters for the Templar Knights during the Middle Ages. Tomar is home to another UNESCO World Heritage Site, the Convent of Christ, as well as one of Portugal’s oldest synagogues (circa 1430). 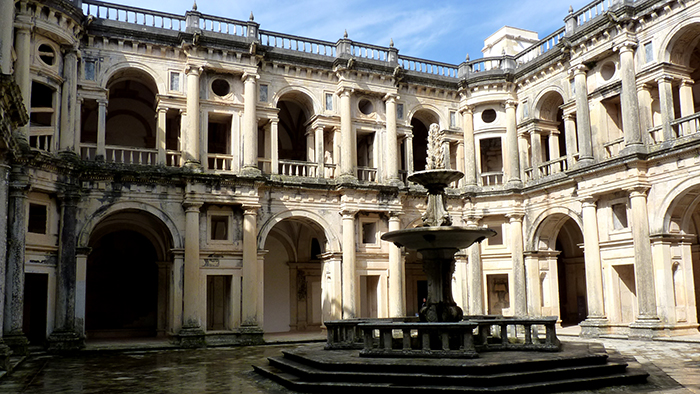 After checking out Tomar’s numerous history sites, head down to the street of Rua Serpa Pinto to shop and snap some photos of the Church of São João Baptista. Seventeenth-century buildings surround the town’s main square, on Praça da República.

Have you visited ant of the monasteries of Portugal? Leave us a question or comment below!

Special thanks to Visit Portugal.