Braga is a gorgeous city in Portugal’s northwestern Minho region. After exploring Braga, make sure you head out to the nearby towns of Guimarães, Ponte de Lima, and Viana do Castelo. Each make great day trips from Braga! Check out our article: What to See and Do in Braga, Portugal 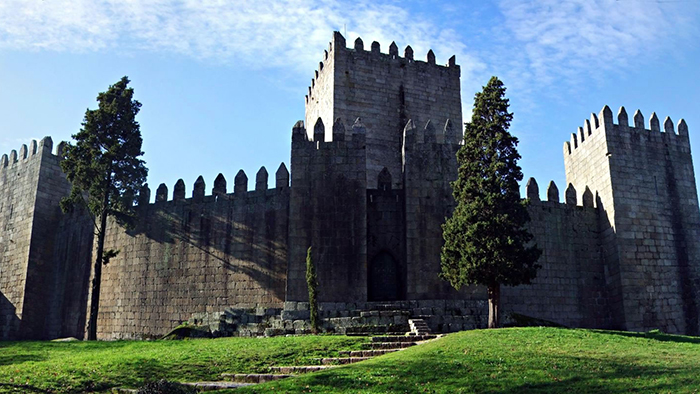 This city of Guimarães is a UNESCO World Heritage Site, and one of the most popular tourist destinations in the region. Guimarães has been credited as the heart of Portuguese identity and the cradle of Portuguese nationality. Guimarães can be easily accessed by bus, car, or train from Braga. Guimarães is the birthplace of Afonso Henriques I of Portugal, the country’s first king. This is why the city has always been associated with the birth of Portugal as a nation. 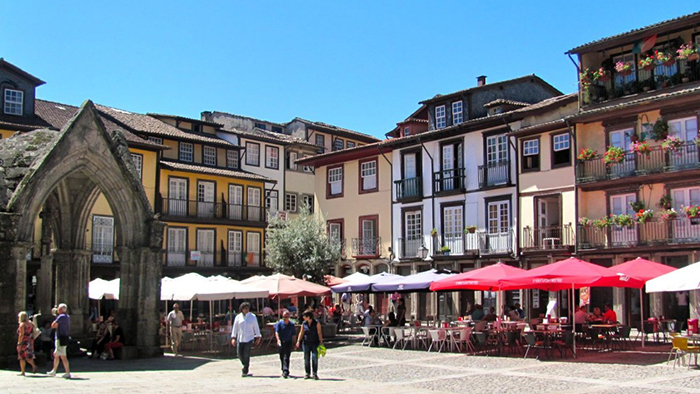 The Palace of the Dukes of Bragança is also located in the center of town in close proximity to the castle. As its moniker suggests, this 15th century stately structure served as the private residence for the Dukes of Bragança. The palace is open every day from 10 a.m. to 6 p.m. Entrance fee is €5, and free for children up to 14 years. 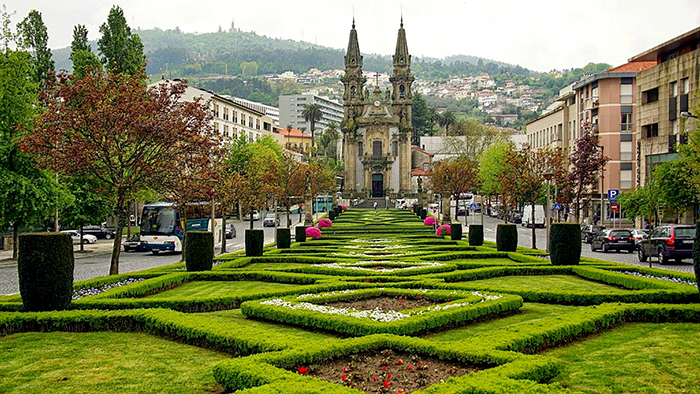 Between the Guimarães Castle and the Palace of the Dukes of Bragança sits the small, stone Church of Saint Michael. This modest, Romanesque-style structure is believed to be where King Afonso I was baptized. Like the two significant structures that flank it, the church is a national monument and is open everyday from 10 a.m. to 6 p.m. 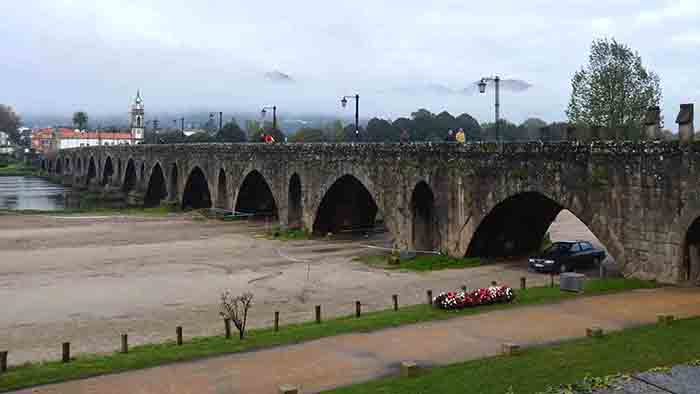 Named after the town’s ancient Roman bridge that stretches over the Lima River, Ponte de Lima is a small, but ideal day trip town to visit from Braga. There are just 17 miles (27 km) between the two. Start your day at Praça da República, where you can pick up brochures about the town’s history and attractions. The Roman bridge, or Ponte Romana, is Ponte de Lima’s main attraction. It is a pedestrian-only bridge that features 31 arches. In reality, the Ponte Romana is only partially Roman. Most of it dates back to the 1500’s, during which it was restored and extended. Many of the original arches are now underwater beneath the bridge. 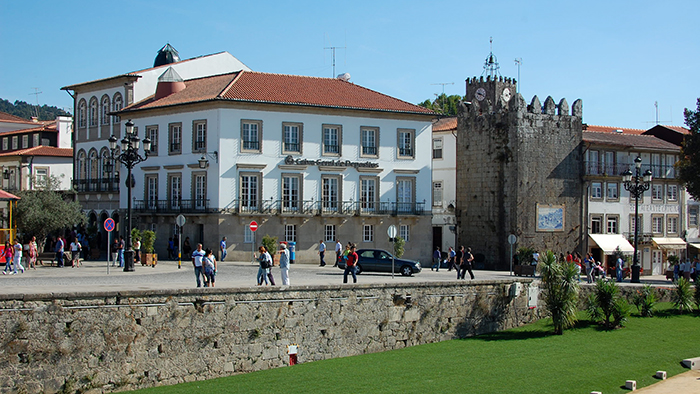 While exploring Ponte de Lima, visit the 15th century Saint Anthony Convent across from the 18th century São Francisco Church. Don’t forget to stop for a coffee or light snack in one of the pleasant outdoor cafés along the main square, Largo de Camões. From here, sunsets over the bridge are a sight to behold. 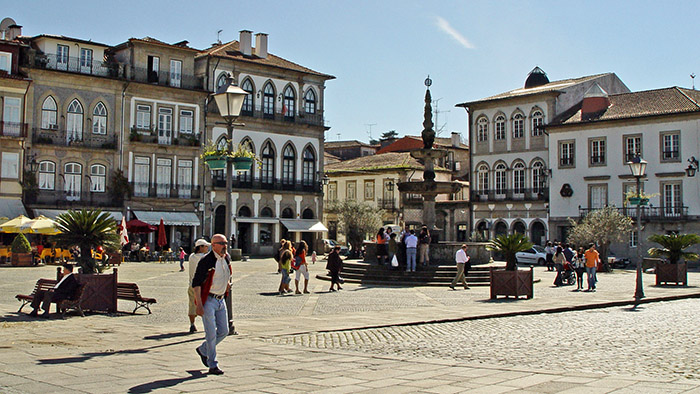 In early June, Ponte de Lima celebrates Vaca das Cordas, or the “Cow of the Ropes” festival that the ancient Egyptians brought to Iberia. In accordance with the Egyptian myth, locals display images of cows, which symbolize fertility, throughout the town. Ponte de Lima also plays host to a large outdoor market every Monday where wine, bread, cheese and household items are sold – a tradition of the town since 1125. 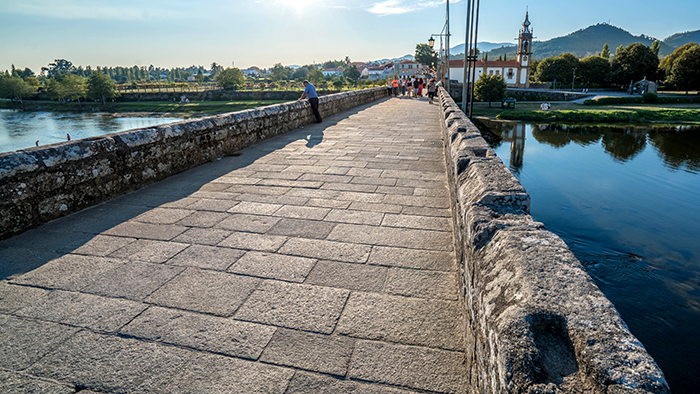 Other places of interest in Ponte de Lima include the baroque-style Igreja de São Francisco, the Renaissance-style Igreja de Santo Antonio dos Frades, the Largo de Camões fountain and the antique manor houses around the town’s historical center. These are called solares, and most are now used as hotels, restaurants, or apartments. 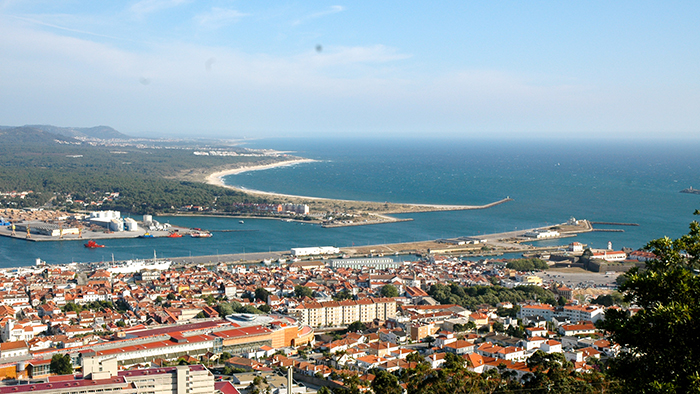 Viana do Castelo is a picturesque coastal fishing town situated in northern Portugal just 23 miles (37 km) from Braga. It has captivating architecture, verdant surroundings and stunning views of the Lima River. Viana do Castelo makes an ideal day trip for those looking to walk the historic city center, lunch at a quiet café, shop the alluring boutiques or lounge around the area’s sandy beaches. 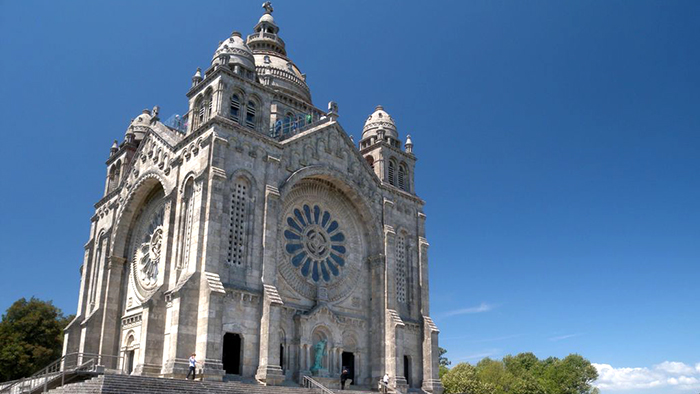 Viana do Castelo has a rich folklore, and is one of the last cities in the Minho region to host festivals where lively Portuguese traditions are displayed. Every year in mid-August, the town plays host to the Our Lady of Sorrows Festival. Members of the town participate fervently in parades, traditional dancing, feasts and firework displays. 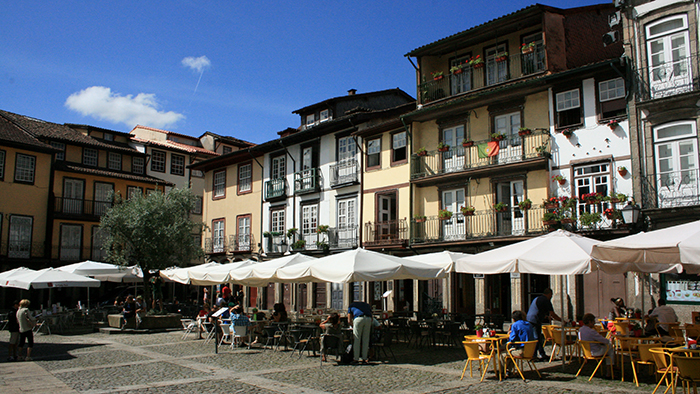 When beginning a walking tour of the city center, visitors should start at the 16th century granite fountain at Praça da República. In the same plaza is the Consistory of Misericórdia, which was built by João Lopes and has a gorgeous Renaissance façade. The interior of the church features impressive tile work among gilded ornaments, crucifixes and animated frescos. 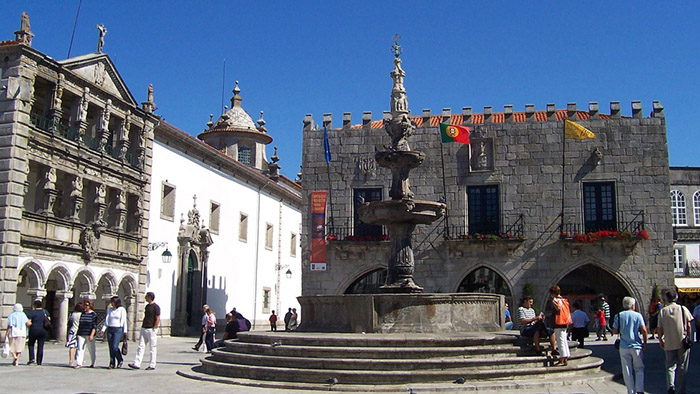 The Basilica of Santa Luzia is a must-do while in Viana do Castelo. Inspired by the Sacré Coeur in Paris, the basilica sits atop the hill of Sana Luzia, and provides stunning panoramic views of Viana do Castelo, the Lima River, and the lush countryside. The large structure was designed by architect, Miguel Ventura Terra, and completed in 1943. The Basilica of Santa Luzia can be accessed by the Santa Luzia Highway or the Santa Luzia funicular, which operates daily from 10 a.m. to 5 p.m. It costs €3 for a round trip.

Have you ever been to Braga or these day trip towns? Leave us a question or comment below with you suggestions!