Coimbra is a Portuguese city known for its rich history in the arts and delicious cuisine. After exploring Coimbra, I highly recommend venturing out an exploring these three day trips towns: Conimbriga, Montemor-o-Velho, and Figueira da Foz.

Don’t forget to check out our article: What to See and Eat in Coimbra, Portugal 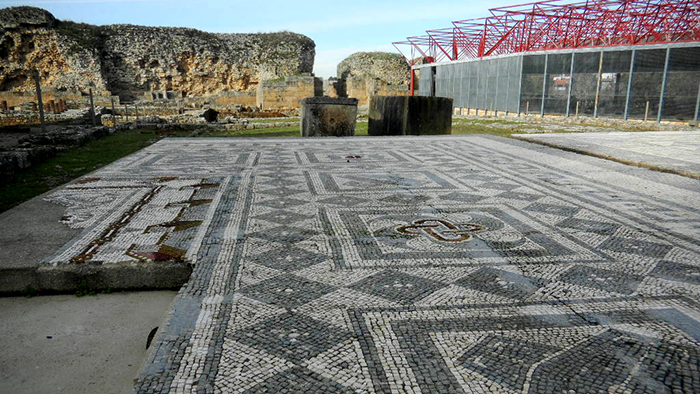 Conimbriga is a town situated ten miles (17 km) south of Coimbra, and is home to the most well preserved Roman ruins in Portugal. For this, it is considered a national monument and receives thousands of visitors each year.

A museum was established on the site in 1962. It contains several artifacts uncovered during excavations, and provides visitors a deeper sense of ancient life. 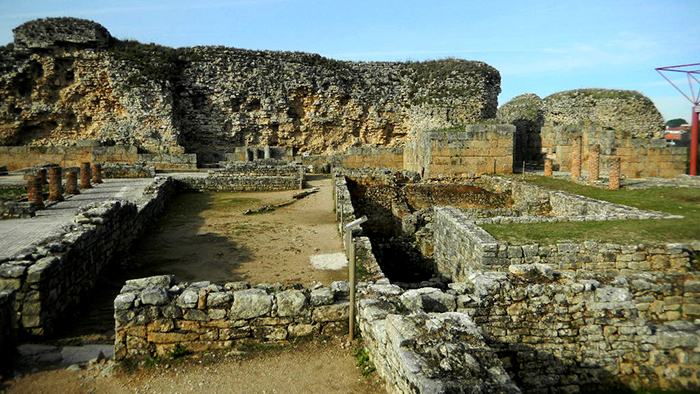 Although they are Conimbriga’s most noteworthy inhabitants, the Romans weren’t the first or the last to settle in this rocky spot in central Portugal. Celtic people established themselves here during the Iron Age in the 9th century B.C. It was not until the 2nd century A.D. that the Roman Empire expanded considerably west and brought a new culture to the Iberian Peninsula. The western empire eventually collapsed in 476 A.D. Conimbriga was eventually looted by Germanic Tribes and remained abandoned for centuries. 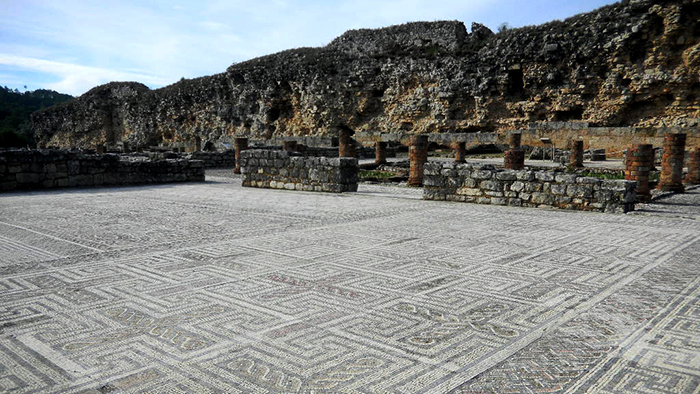 Years of excavating revealed the organized nature of the ancient Romans. City walls, a central forum (plaza), villas, insula (apartment buildings), fountains, temples, bathhouses, heating, plumbing and an amphitheater have been uncovered. Several colorful mosaics have also been preserved throughout the site. They depict mythological and nature-inspired motifs. The most famous of the Conimbriga mosaics is the one depicting Perseus, the son of Zeus, holding the villainous Medusa’s head. 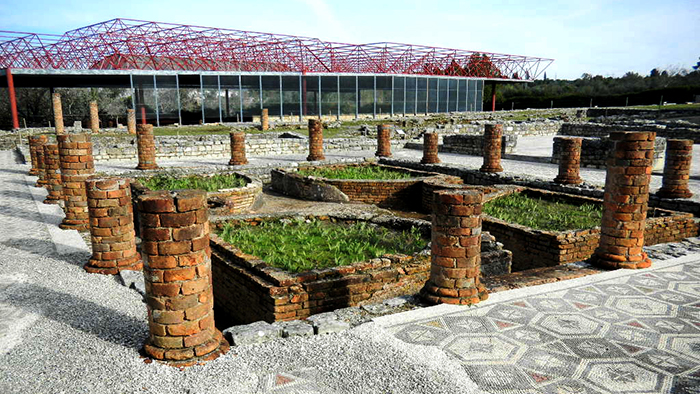 Allow yourself at least one hour to explore the ruins, and another to browse the on-site museum, which features a small restaurant and gift shop. The museum and ruins are open all year Monday through Sunday from 10 a.m. to 7 p.m. Admission is €4. 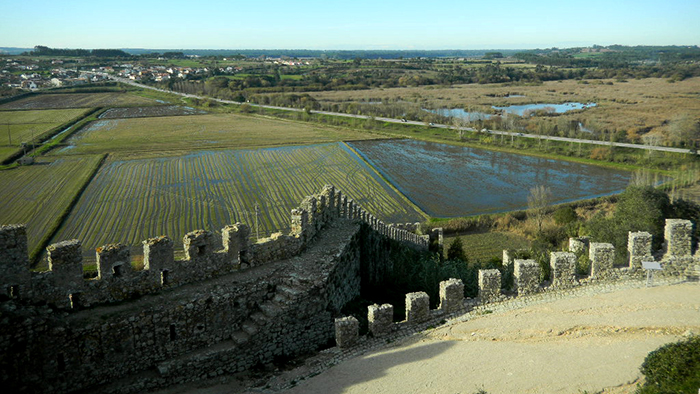 Montemor-o-Velho is a village situated 24 miles (38.5 km) west of Coimbra along the Mondego River. The main attraction of the town is the 16th century castle, a Portuguese national monument and a significant fortress from Portugal’s early days. It was strategically built to protect against attacks from the Moors. It is comprised of a royal palace, citadel, keep and the Santa Maria da Alcáçova Church. The castle complex sits atop Moorish and Roman ruins. Fortunately, some of the towers can still be accessed. 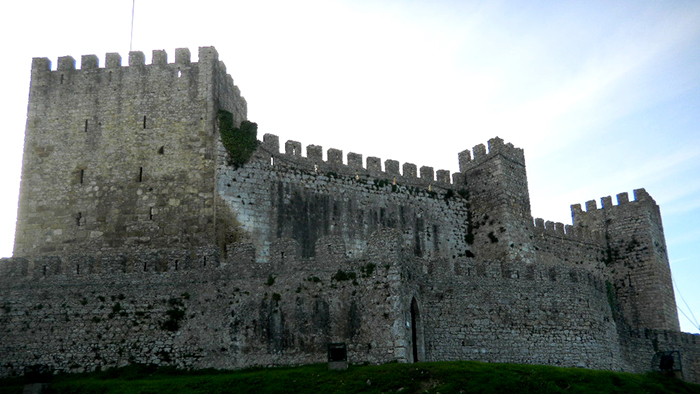 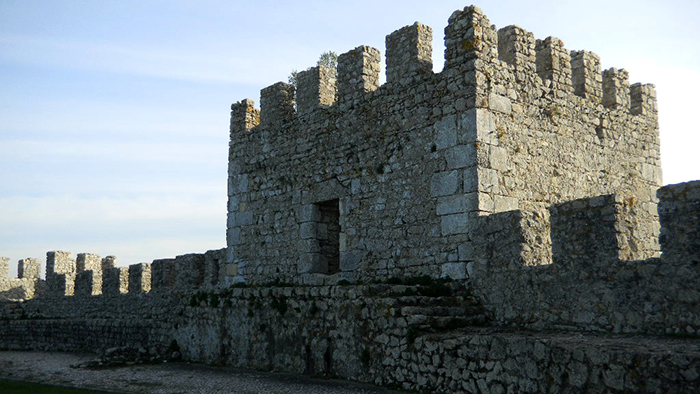 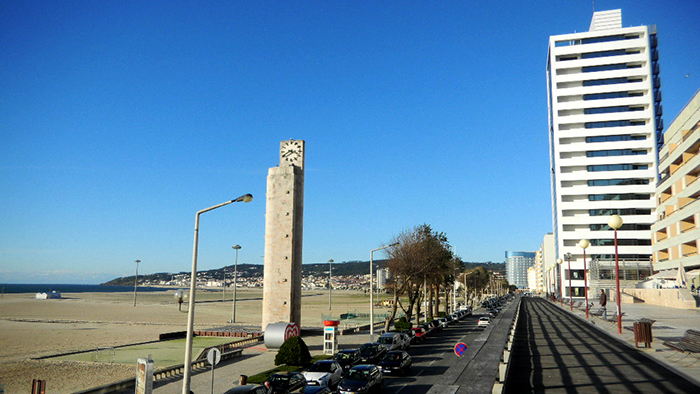 Figueira de Foz is an Atlantic casino beach town located approximately thirty minutes from Coimbra, two hours from Lisbon, and an hour and a half from Porto. The easiest way to reach Figueira da Foz is by taking the N-341 highway about 45 minutes west of Montemor-o-Velho. Figueira da Foz is home to some of Portugal’s finest beaches, and there are 13 of them to be exact. Praia de Buarcos is one of the most popular ones. It stretches from the Mondego River, all the way to the small fishing village of Buarcos. Because of its waterfront location, Figueira da Foz is very windy all year round. 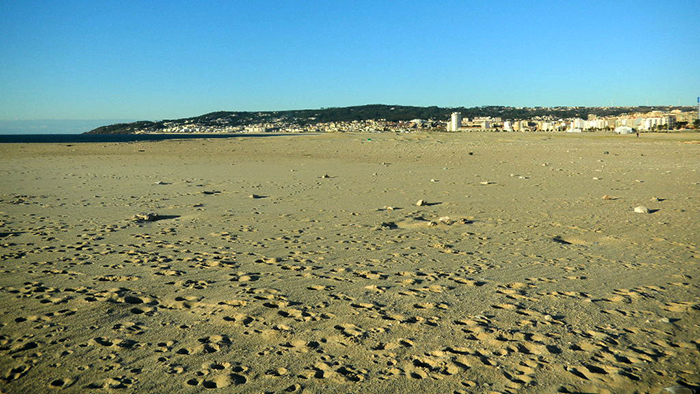 On the other side of the river is Praia do Cabedelo, where towering waves roll in much to surfers’ delight. The beaches in and around Figueira da Foz are distinctive in their fine, white sand and windy conditions. They are a great way for visitors to escape city life and relax in the Mediterranean climate. 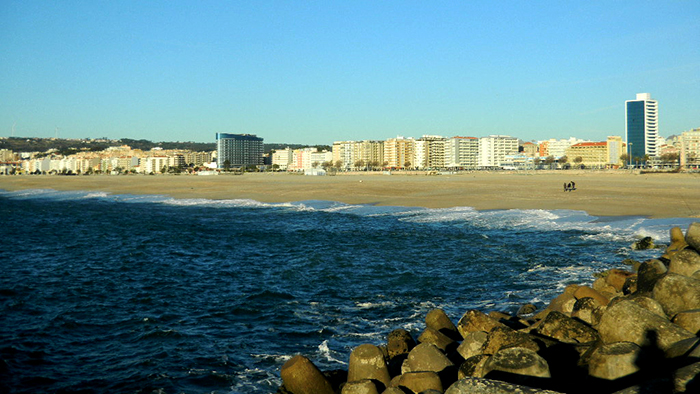 In addition to its beaches, Figueira da Foz features plenty of gambling outlets. Visitors try their hands in Casino Figueira, which is one of the largest casinos on the Iberian Peninsula, and features upscale dining and regular shows. Grande Casino Peninsular is another large casino dating back to the 19th century. 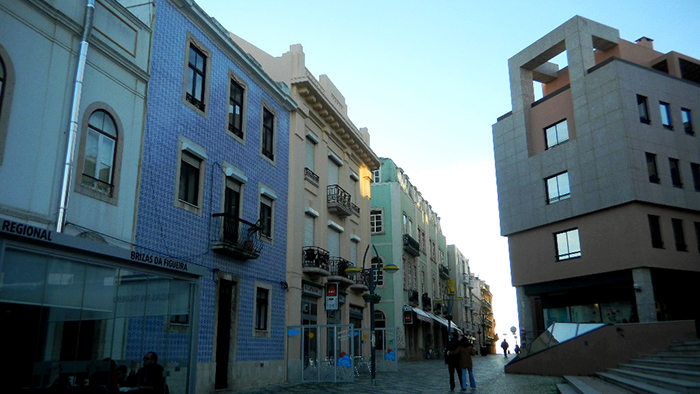 It’s best to visit in the summer when the weather is warm, the surfing is good and the town is vibrant. 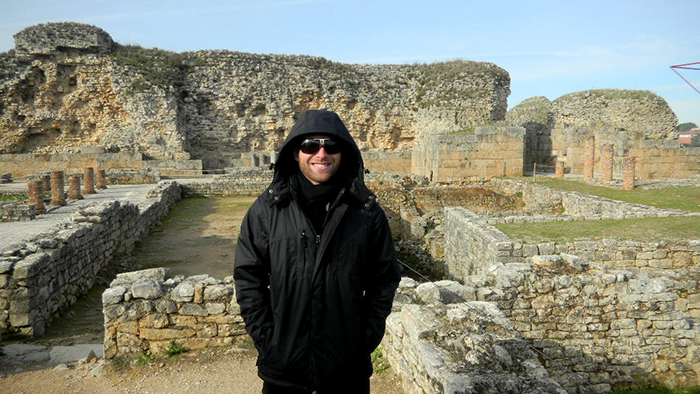 What are your recommendations for the best day trips from Coimbra? We would love to hear from you! Leave us a question or comment below.