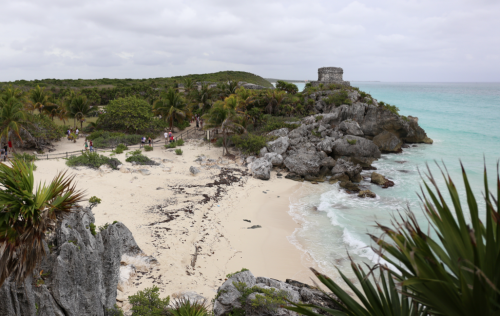 The Mayan civilization is perhaps one of the world’s most fascinating cultures. The presence of Riviera Maya ruins is evidence that the Mayan world extended over 300,000 square kilometers, covering much of southeastern Mexico, Guatemala, Belize and parts of Honduras and El Salvador.

Contrary to popular belief, the Mayans were not united under one emperor, but instead formed independent city-states, each with its own ruler and dialect. City-states traded with one another and exchanged ideas on architecture, religion, mathematics, astronomy and art.

Perhaps the most significant point one could make when speaking about the Mayan culture is that the Maya are a people that are very much alive and widespread today as they ever were. They are a people of many faces, dialects and walks of life, but are indeed living descendants of the great Pre-Colombian Mayan society.

Below are the three most visited Riviera Maya ruins:

Tulum is the site of a walled Mayan port city. Tulum means “walled city.” The site is situated on a stunning stretch of Caribbean coastline. A protective wall complete with watchtowers once surrounded the city-state. 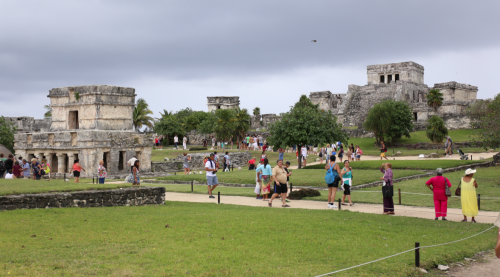 The Mayans were an elitist society – the wall was created to divide the ruling class from the rest of the population. In short, the priests and rulers lived within the walls while the working class lived in thatched huts outside the walls. “El Castillo” and the Temple of the Wind are perhaps Tulum’s most iconic structures. Both overlook a white sand beach and turquoise water. 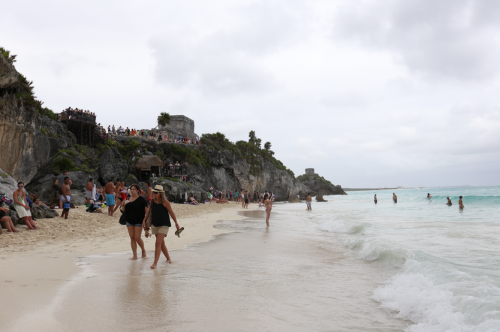 Tulum was completely abandoned shortly after the Spanish arrived in 1517. It would not be until 1841 that American explorer John Lloyd Stephens would begin to excavate the site.

Fun fact: The southern section of the archaeological site is also the most elevated. Here is where you can get an amazing panoramic photo of the entire site. 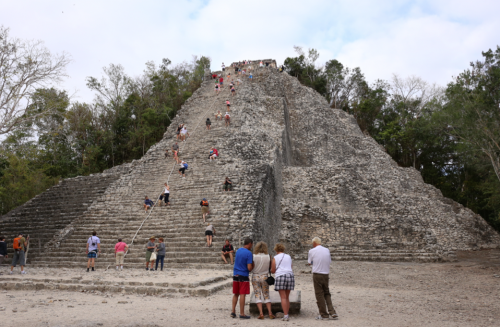 Coba means “turbulent waters,” a name that most probably stemmed from the five natural lagoons in the area. Coba was an important trading city with over 50,000 inhabitants. The Coba-Yaxuna Road was the longest road the Mayans ever built. It was a raised road approximately 100 kilometers in length designed to connect several city-states. 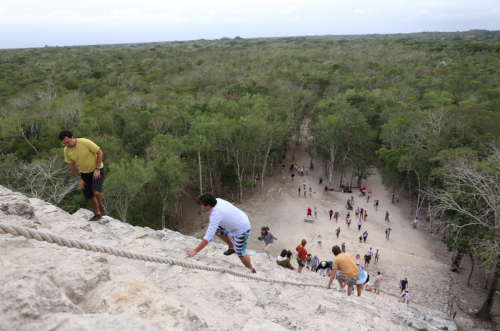 Coba has several fascinating structures including the observatory, the Noch Mul Pyramid and ball court.

Fun fact: The Mayans built their temples with steep steps because it was disrespectful to show one’s back to their gods. Instead of descending stairs facing the base of a temple, the Mayans descending backwards on all fours. This method is still the easiest way to descend any Mayan temple today. 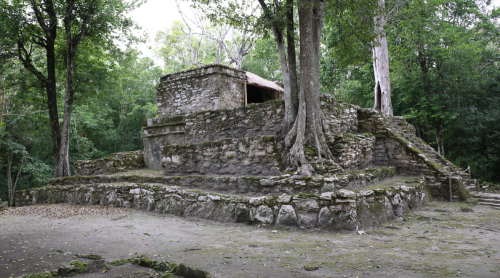 Within the UNESCO inscribed Sian Ka’an Biosphere Reserve are several ruins from the Muyil, or Chunyaxche settlement. The local Maya that operate the Sian Ka’an Biosphere Reserve take visitors through a jungle path to educate them about local plant and animal species, and of course to show off the magnificent ruins their predecessors left behind. The site has many fascinating temples, one of which is known as the “Pink Palace.” 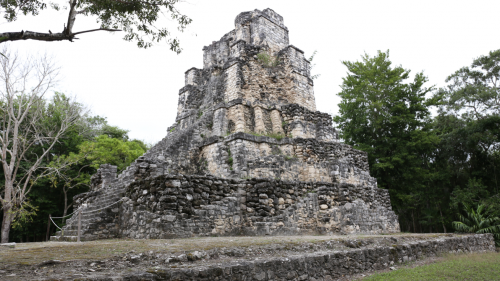 The Muyil settlement was a successful trading city because of the ingenious waterways the Mayans dug out to connect their landlocked lagoon to the open ocean. The crystal-clear waters of the Muyil canals are filled with fish, turtles and surrounded by tall grass and mangroves. Floating tours and bird watching are popular activities. Visit Sian Ka’an Tours Page for more information. 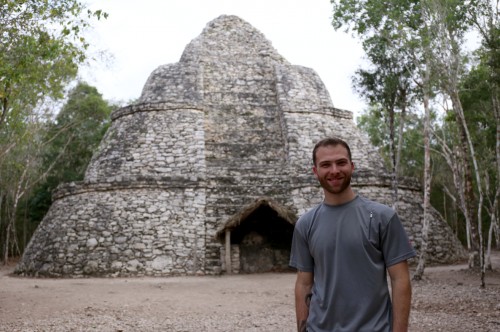 Have you ever been to any of these Riviera Maya ruins? Leave us a comment below!

Special thanks to the Riviera Maya Tourism Board.