“We are not myths of the past, ruins in the jungle or zoos. We are people and we want to be respected, not to be victims of intolerance and racism.”

The Ancient Maya Civilization has to be one of the most fascinating societies of Central America. They thrived for over 3 millennia from 2000 B.C. until the arrival of the Spanish in the 16th century. An advanced society with their own mathematical and astronomical systems, they also had an established written language and unique architectural customs.

The Yucatán Peninsula in Mexico and Copán in Honduras have become synonymous with Mayan ruins, but in actuality there are several Mayan ruins in El Salvador worth seeing. But because El Salvador was not the heart of the Mayan Empire, the ruins it holds often get overlooked.

Also see our article about The Most Visited Riviera Maya Ruins 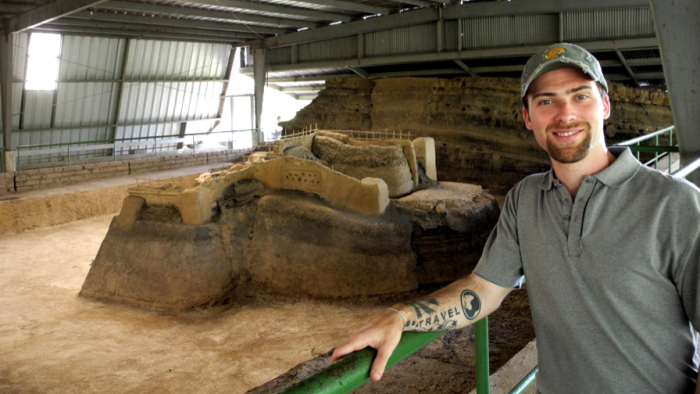 In February 2012 I took a trip through this incredible (yet petite) Central American country, which once held the southernmost settlements of the Mayan world. There are several Mayan ruins in El Salvador, some as large as those you would expect to find throughout Guatemala and Mexico, except the distances between them are short and can easily be accomplished in a day’s time. Three of the ruins I recommend to visit are Joya de Cerén, Tazumal and San Andres.

Joya de Cerén is a UNESCO World Heritage Site comparable to Pompeii in Italy, thus sparking its nickname “the Pompeii of the Americas” was born. It features an incredibly intact farming community that was preserved for centuries under thick layers of volcanic ash. 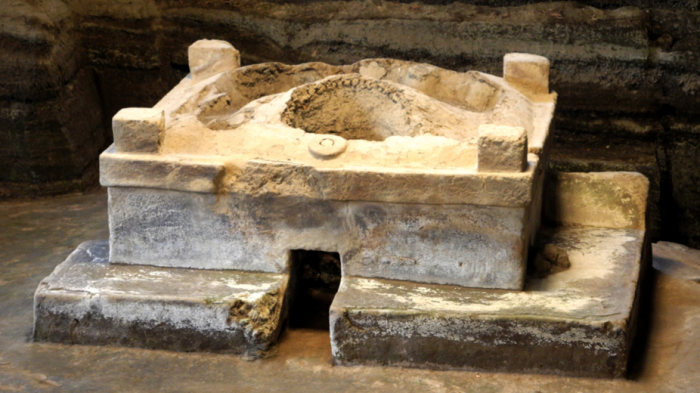 Unlike in Pompeii, villagers had time to evacuate their homes, twice! Two volcanoes erupted, one in 200 AD and another in 590 AD. Both explosions coated the village with ash, but after the second disaster, which was caused by the nearby Loma Caldera volcano, the village was completely abandoned (who can blame them?) 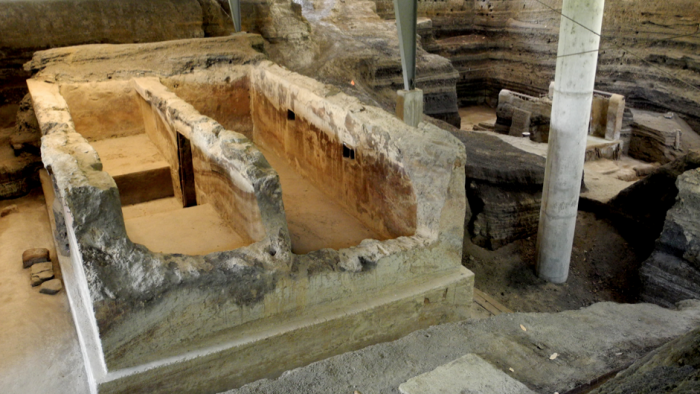 Traces of rural life were left behind and now comprise an extraordinary archaeological park worthy of a visit from any self-proclaimed history buff. Things left behind include 70 buildings (storage facilities, workshops homes, temples and a public bath complex.) Yuca crops, fruit trees and herb gardens have also been uncovered. They were virtually frozen in time by the volcanic ash. The ruins at Joya de Cerén give insight into the daily life of the rural Maya.

Tazumal is an archaeological site located about 37 miles (60 km) west of the capital San Salvador. The complex is made up of a series of ancient buildings, which are regarded as the best preserved Mayan ruins of El Salvador. 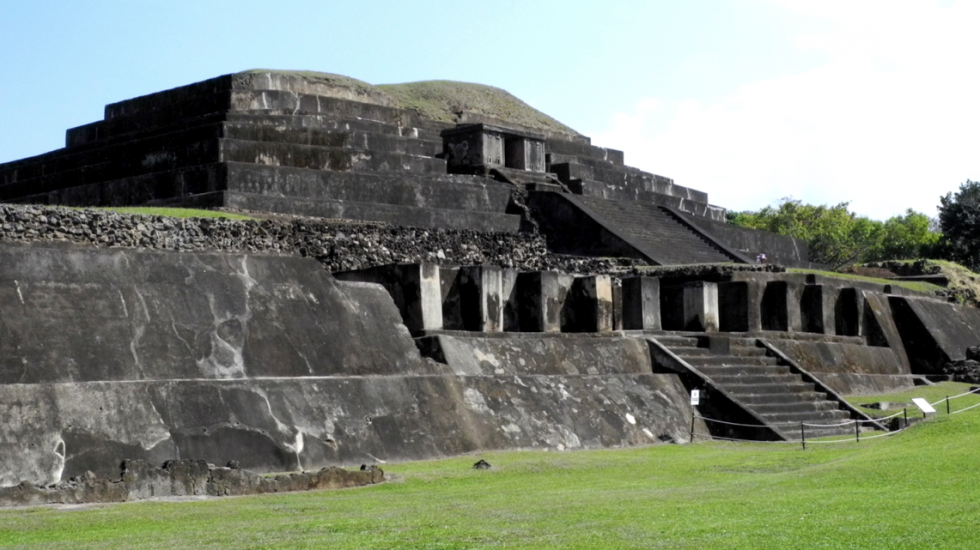 The Tazumal site spans an area of about 6 miles2 (10 km2) and includes structures such as pyramids, tombs, workshops and a complex drainage system.The area was occupied for over 1,000 years until being abandoned sometime around 1200 AD. Tazumal was a significant trading center between the Maya and other Mesoamerican societies in Mexico and Panama. 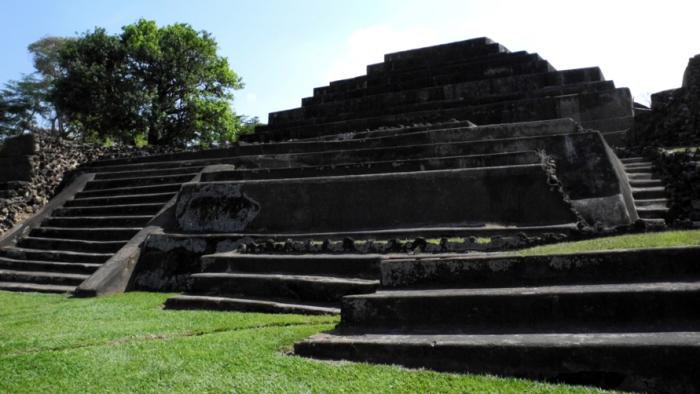 Near Tazumal is Casa Blanca, a settlement dating back to the Pre-Classic and Classic periods of the Maya. It contains 6 structures, with the tallest pyramid being about 50 feet (15 meters) high. It is a well-maintained area with an onsite museum featuring Mayan ceramics, writings and other artifacts. Casa Blanca is open Tuesday through Sunday 9 am – 4 pm (closed Mondays.) Admission is $3.00 for tourists.

San Andrés served as the ancient, provincial capital over the smaller settlements in the Zapotitán Valley between the years 600 and 900 AD. Like Tazumal, San Andrés was a trading city; archaeological evidence suggests that the Maya of the area were trading with people from Honduras, Mexico and Belize. 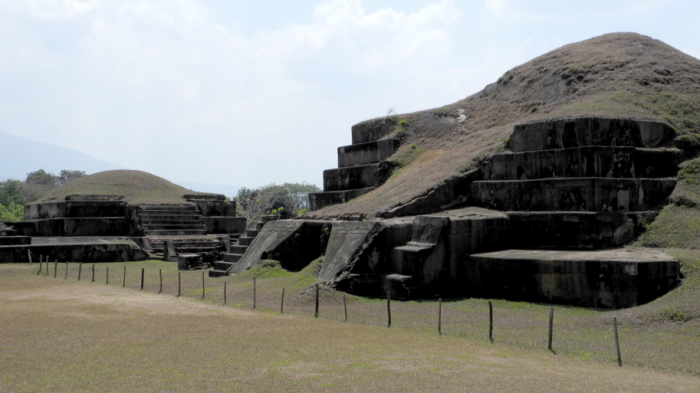 In 1658, well after the Spanish had broken up the Mayan Empire throughout Central America, the city of was consumed by volcanic ash following the eruption of El Playón. The layers of ash helped to preserve the Mayan structures original to the land. 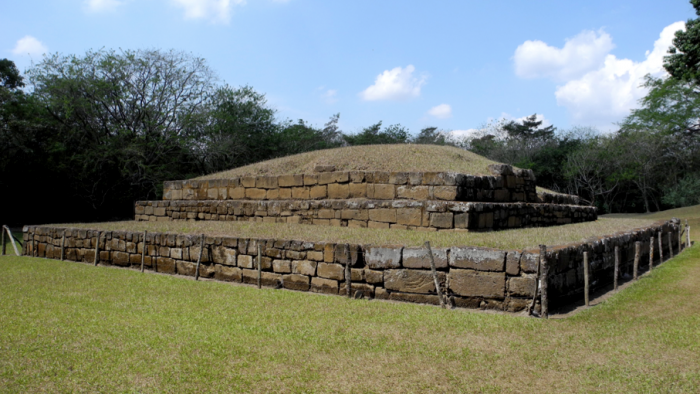 Excavations have revealed a large-scale complex believed to have been governmental and religious edifices of pyramids and palaces where local politicians lived, worked and worshipped. San Andrés features an onsite museum with 3 galleries showcasing pre-Hispanic artifacts as well as Colonial-era exhibits. San Andrés Archeological Park is open Tuesday through Sunday 9 am – 4 pm (closed Mondays.) Admission is $3.00 for tourists.

Tip: All three archeological parks are open-air parks exposed to the elements. To maximize your experience, be sure to bring a bottle of water, wear sunblock and wear comfortable, closed shoes.

Have you ever visited any of these Mayan ruins in El Salvador? Leave us a comment below!

Special thanks to the El Salvador Tourism Board.

4 thoughts on “The Best Mayan Ruins in El Salvador”