For years the Balkans have captivated travelers who seek authentic experiences. The deep-rooted hospitality culture and mouth-watering gastronomy is what makes these eastern European countries so alluring. Serbia especially is a country with a rich mix of history, traditions, and cuisine. East Serbia is still very authentic and not overrun by mass tourism. There are several fascinating attractions to hold you in East Serbia for several days. If Roman history, impressive castles, and incredible wines don’t entice you, then perhaps the delicious food in East Serbia will!

For more inspiration from the Balkans, check David’s 60 Instagram Pics That Will Make You Want to Visit Serbia and Bosnia Now.

From Belgrade it is easy to visit the top attractions in the region with a reputable Serbian tour company that offers private tours. You could just as easily see them yourself if you choose to self-drive, but if you want the background from a knowledgeable tour guide, then a tour is probably what you need. Without further ado, here are the top attractions in East Serbia: 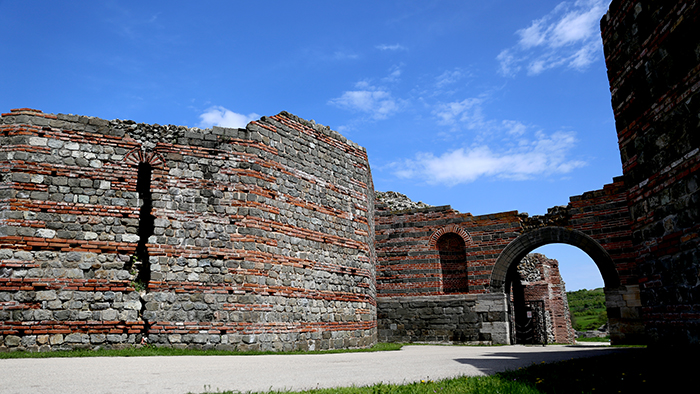 Felix Romuliana was an imperial palace built in the late third/ early fourth century by Emperor Caius Valerius Galerius Maximianus, AKA Emperor Galerius. It was built as a place where he could retire to after public service. Today the ruins of Felix Romuliana are inscribed on the UNESCO World Heritage List. Emperor Galerius named the compound after his mother, with the name literally meaning “Happy Romula.” The ruins of Felix Romuliana are spread across 10 acres, where you will be able to see the remains of this impressive complex: public baths, temples, columns, and palace walls.

Check out our episode on the Ruins of Felix Romuliana 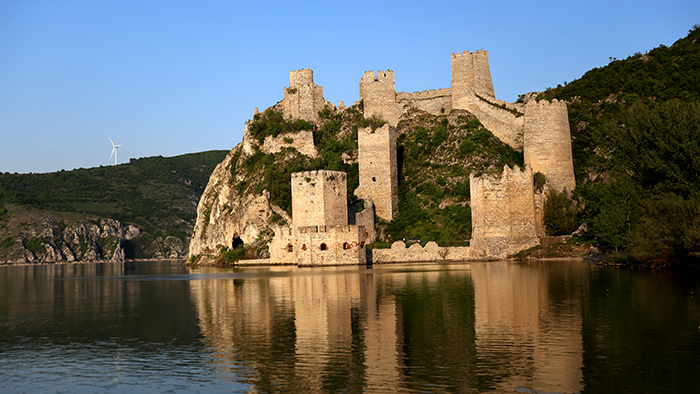 This imposing medieval structure is steeped in legend. It was originally built by the Serbians to guard the Danube and is one of the best-preserved medieval fortresses in Europe. The original dates of its construction remain unknown, but it was first mentioned in 1316 after the death of King Dragutin Nemanjic. The Turks eventually took it over in their conquest of Hungary and Serbia. Nowadays, the Golubac Fortress sits proudly overlooking its reflection in the Danube. It is a popular stop on many Danube River cruises, but you can just as easily enjoy it from the shore.

Check out our episode on the Medieval Fortress of Golubac 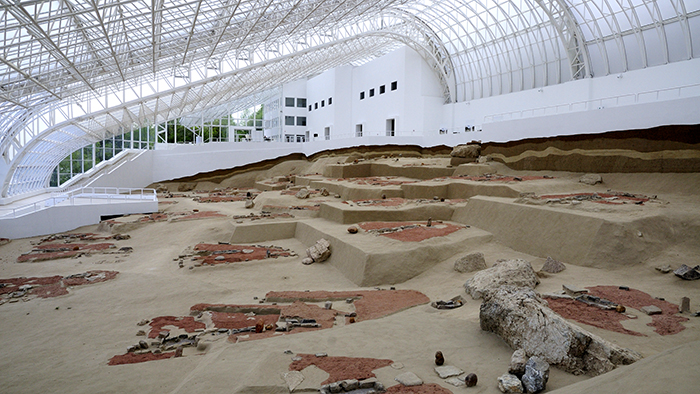 About 30 minutes drive from Golubac Fortress is the Lepenski Vir archaeological site, the oldest discovered organized settlement in Europe founded around 7,000 B.C. (Stone Age) and lasting until 4,500 B.C. The findings at Lepenski Vir hold a wealth of information about the prehistoric people that lived along the banks of the Danube River. The settlement uncovered here shows that these early Europeans lived in communities of small trapezoid-shaped huts and relied on fishing and hunting as a means of survival. The artifacts made of stone and animal bones can be found in the onsite museum, where 3D imaging gives visitors an idea about how the early Europeans lived. 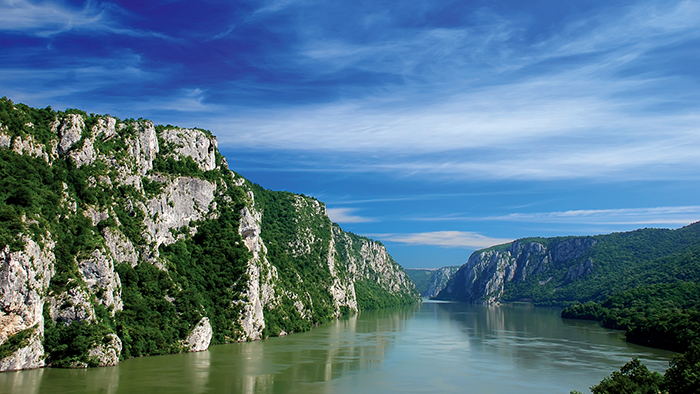 The Đerdap Gorge, or the Iron Gate, has always been a strategic crossroads between the lower and the middle Danube (where it borders Romania and East Serbia). This deep river valley stretches nearly 100 kilometers alongside the Carpathian Mountains to the north and Balkan Mountains to the south. The Đerdap Gorge is situated within the gorgeous Đerdap National Park – an enormous river valley spread over 640 square kilometers of pristine forested slopes. Get fantastic views of the Iron Gate from the Ploče lookout point. 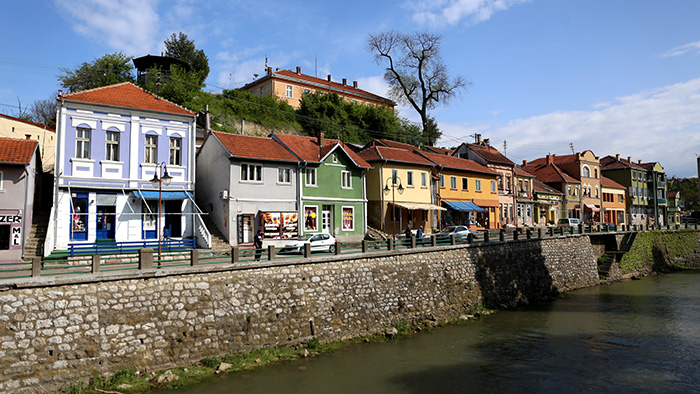 Serbia is known for its superb wines, many of which are produced in the Timok region in the east. Knjaževac is a quaint town known for its world-class wines, which are celebrated each year alongside cheeses and hams at the annual wine festival. Strolling around Knjaževac will reveal charming bridges and traditional homes. Other fantastic wine towns in East Serbia include Rogljevo and Rajac, both of which use traditional “Pivnica” or stone wine cellars to age their wines. Pivnica are constructions unique to Serbia that have become significant examples of ethno (folk) architecture. There are about 420 traditional Pivnica being used in Rogljevo and Rajac, which means there is plenty of opportunity to sample the local wines!

Check out our episode on the Knjaževac Jovic Winery

Overall Serbia is a fantastic destination for American travelers, especially because it is still affordable compared to places in Western Europe. East Serbia particularly is a delight for history and wine buffs alike. To experience the places we’ve written about here, plus other parts of the country, we recommend Serbian Private Tours.

As with most European destinations, winter is not a good time to visit because it is just too cold and wet. The best time to travel to Serbia is from May through October. The weather is still mild in September and early October, ideal for outdoor activities. Keep in mind that November through April is off-season and many places such as historical sites and museums will not have regular operating hours.

Have you traveled to Serbia? What were your favorite places? Leave us a comment below!