Come with David as he explores what to see and where to eat in Edirne, Turkey. The city is located in northwestern Turkey near the borders of Greece and Bulgaria. Edirne served as the second capital city of the Ottoman Empire, making it no wonder why it is steeped in history. There is a great deal of history to see in Edirne! 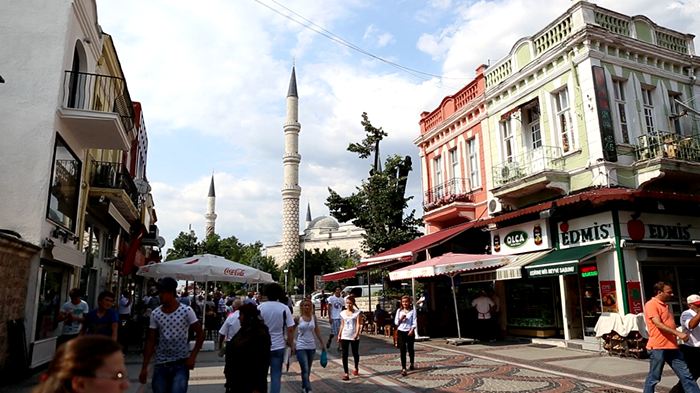 David’s first stop in Edirne is to see the massive 16th century Selimiye Mosque looking over the city. Anyone can enter the mosque (remember to remove your shoes and dress appropriately) to see the beautiful calligraphy and admire the giant dome. Attached to Selimiye Mosque is a small bazaar. 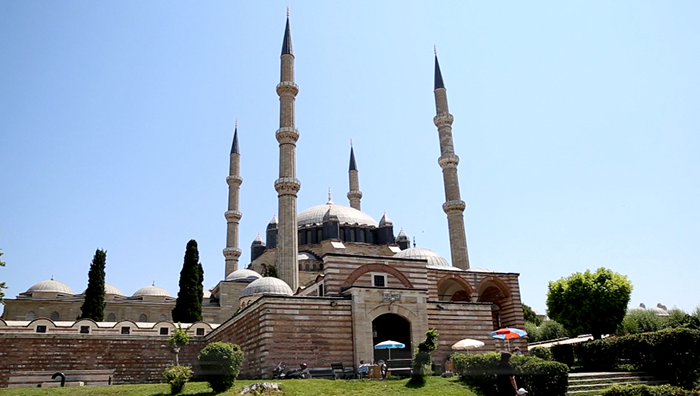 The Tower of Macedon is up next. What looks like nothing more than a pile of stones is actually one of four ramparts of a castle built during the Roman Empire. In that time Edirne was known as Hadrianopolis, meaning Hadrian’s City. 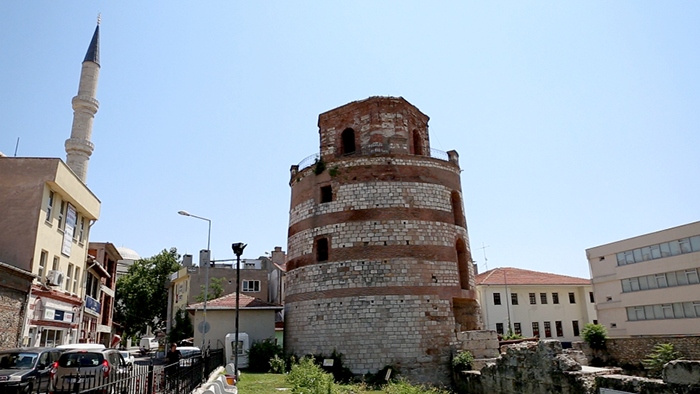 After being outside, David heads indoors to the 16th century Ali Pasha Bazaar to get out of the heat and do some souvenir shopping. Though not nearly as large as Istanbul’s Grand Bazaar, the Ali Pasha Bazaar does have several vendors (about 130) selling everything from toys and rugs, to shoes and jewelry. There are also great souvenirs here such as scented soaps, spices, and delicious Turkish delight. The Ali Pasha Mosque is walking distance from Selimiye Mosque. 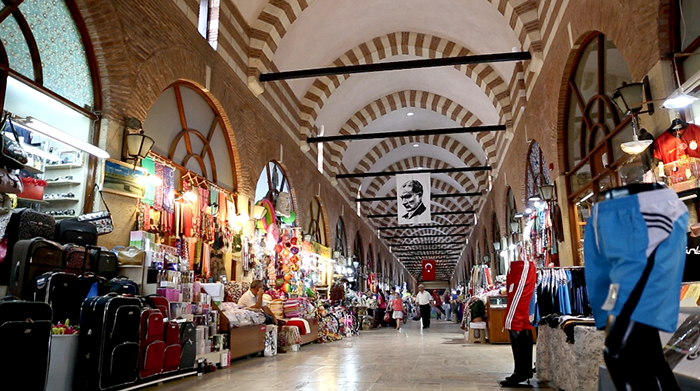 Now for David’s favorite places to eat in Edirne. First restaurant he visits is Villa Restaurant, a beautiful space overlooking the Maritsa River. Villa Restaurant is large because is used for weddings and corporate events, but for lunch it is quite and casual, perfect stop after a day of sightseeing. David tried some refreshing salad and grilled lamb skewers for lunch. 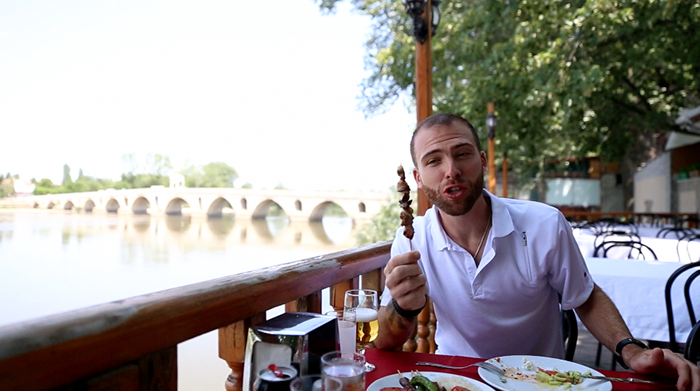 No visit to Edirne is complete without dining at Kofteci Osman, a restaurant specializing in Turkish meatballs known as Kofteci (kebab). Located in the city center, Kofteci Osman serves up juicy meatballs and tons of fried lamb liver. 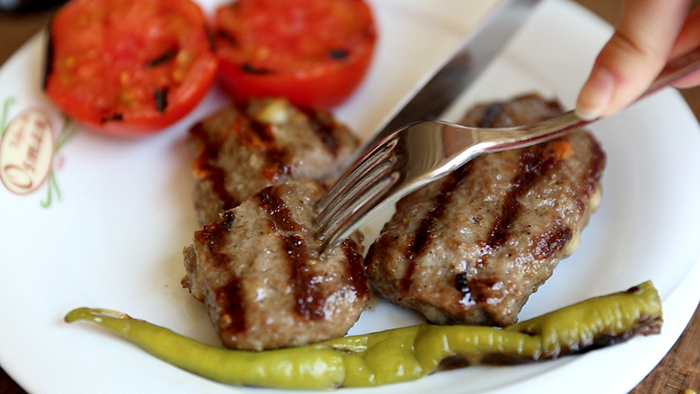 If you’re craving more home-style Turkish food, have dinner at Melek Anne. Situated in the city center, Melek Anne is owned by Ms. Sibil, who cooks the food daily. David chose a little bit of everything: pasta, meatballs, and stuffed grape leaves. 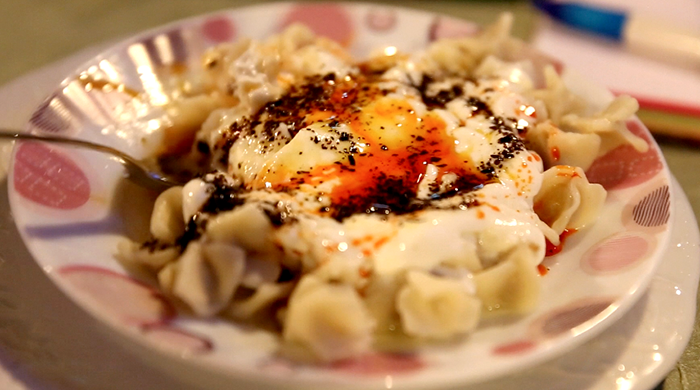 Last but not least, David heads into Cigercisi Kemal Usta to have the undisputed “best fried liver in Edirne.” The only thing on the menu is fried lamb liver and hot peppers, so even if you don’t speak Turkish you can’t get confused when ordering. If you haven’t had fried liver before, you are missing out! David had it with a cold glass of Ayran, which is a yogurt drink that helps protect your stomach lining and helps with digestion. 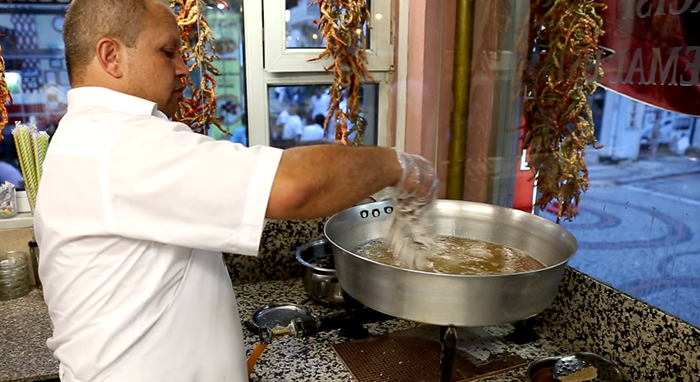 And there you have David’s suggestions for what to see and where to eat in Edirne.
Have you been to Turkey? Leave us your suggestions or questions below!

One thought on “VIDEO: What to See and Where to Eat in Edirne, Turkey”