Located on the Asian coast of the Dardanelles strait in Turkey, the seaport of Canakkale lies in an area that is rich in ancient and modern history and is steeped in myths and legends that have endured the ages. In fact, many of the things to see and do in Canakkale are directly tied to the stories that make the area famous. 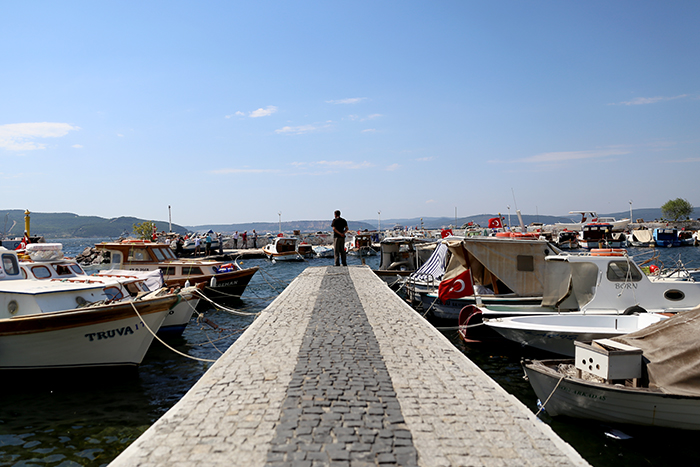 First inhabited during the Copper Age roughly 6,000 years ago, what is now present-day Canakkale has seen countless invading armies pass through the area and has been under the rule of several states. The area is the setting of the epic love story Hero and Leander from Greek mythology, and the legendary Trojan Wars also famously took place nearby, as did the Gallipoli Campaign, the most well-known battle between the Allied Forces and the Ottomans in World War I. 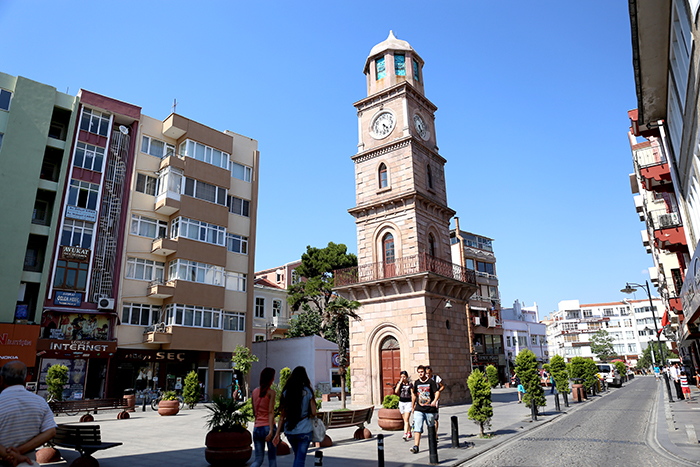 Canakkale’s storied past is on full display for history buffs to experience for themselves as they explore the city and its surrounding area. These are the things to see and do in Canakkale. 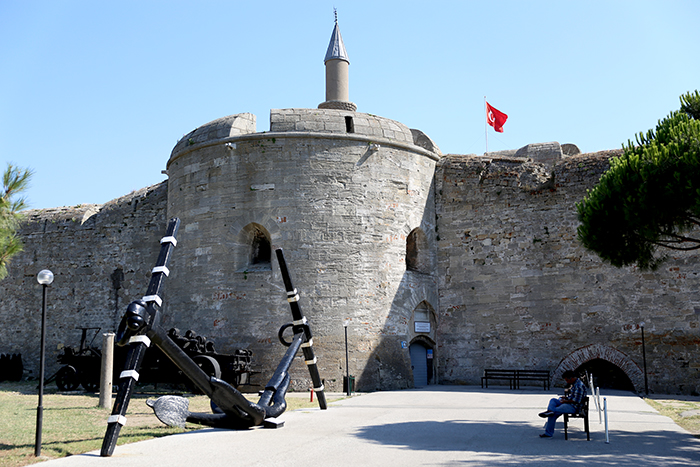 As the Dardanelles was a popular route for various armies to pass through, Cimenlik Castle was built in 1462 by Fatih Sultan Mehmet II, also known as Mehmet the Conqueror, to ensure the strait’s protection. The castle, which is located at the Dardanelle’s narrowest point, contains two mosques. To this day, the cannons on the castle’s ramparts are pointed toward the Dardanelles, still fulfilling Mehmet’s wish that the strait always be protected.

Check out What to See and Do in Bursa, Turkey 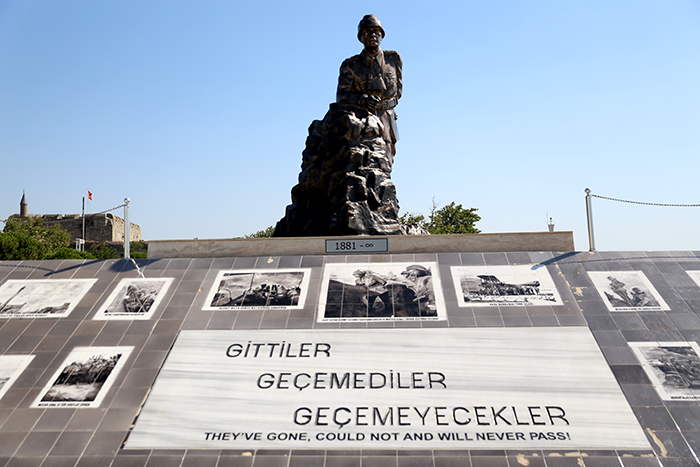 In a park close to Cimenlik Castle is a park containing an Ottoman building that has served as a military museum since 1927, and since 1954 has been the home of a 1:1 replica of the Nusret Mine Layer, an Ottoman Naval ship that sank several British Royal Navy and French battleships in the Dardanelles Campaign of 1915. The Çanakkale Strait Command Museum, as it has been known since 1982, is a fascinating place to visit to learn more about the city’s history. 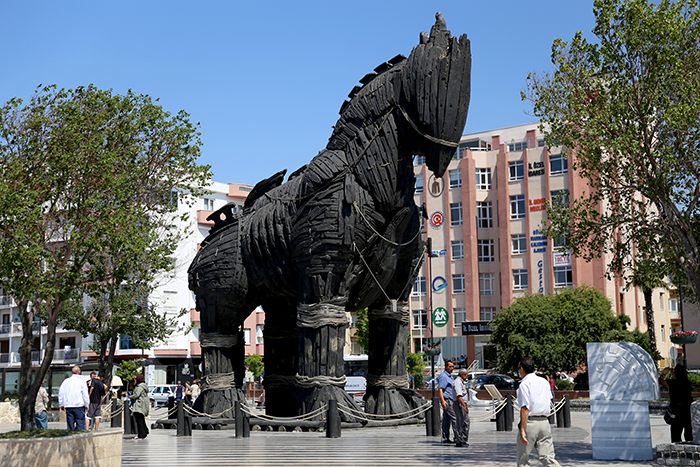 Perhaps the most well-known site in the Canakkale area is the ruins of the ancient city of Troy, famous for fighting a ten-year war with the Greeks. However, the most famous symbol of that war won’t be found among the site’s excavated building foundations. The world-famous Trojan Horse, or at least an accurate representation of it, can be found 35 kilometers north, on Canakkale’s waterfront boardwalk. 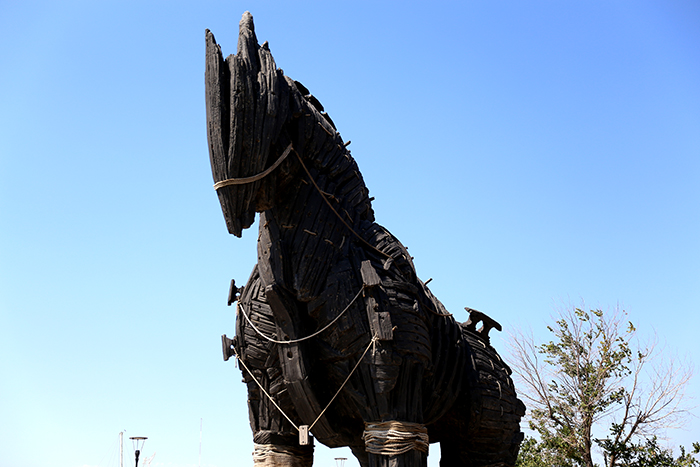 While certainly of interest to history enthusiasts, film buffs will be interested in the fact that the horse is actually a film prop that was used in the 2004 film Troy, which starred Brad Pitt, Eric Bana, and Peter O’Toole. The film’s popularity increased interest in visiting Troy and Canakkale, and the horse was donated to Canakkale after the film wrapped production. At the horse’s base are information placards and a model of the ancient city. This is, without question, one of the top things to see and do in Canakkale! 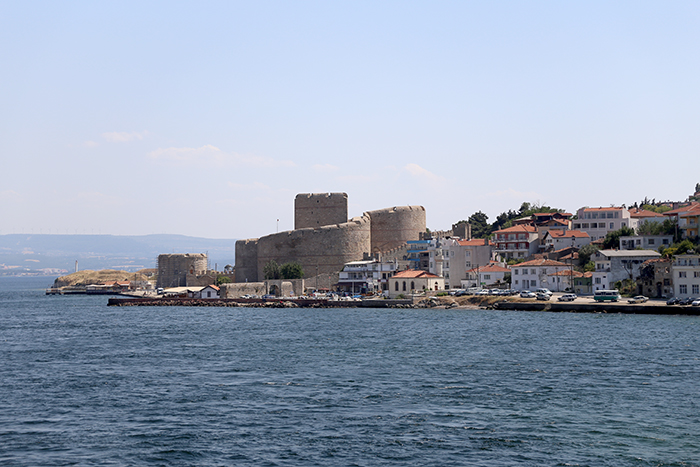 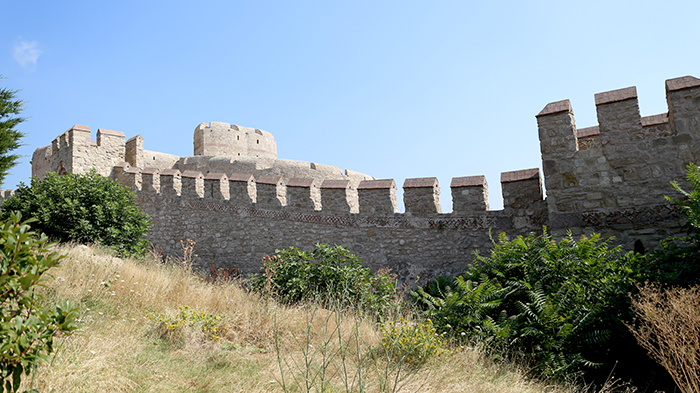 Built in 1452 and modified with a sturdy, interior tower in the 16th century, Kilitbahir and its fortress, also known as the Lock of the Sea, are accessible by ferry ride from Canakkale. Fortress visitors can climb up to the ramparts to get spectacular views of the strait and Canakkale. 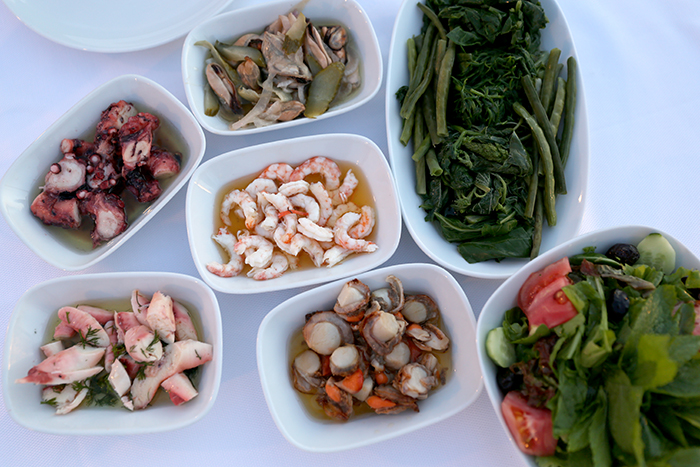 After a long day of exploring the historical sites in and around Canakkale, have a seat and relax with some of Canakkale’s best food at Yalova Restaurant, a traditional tavern-style culinary hotspot that has been open since 1940 and aims to keep the tradition and culture of generations past alive through the delicious food they serve.

Check out Things to See and Do in Edirne, Turkey 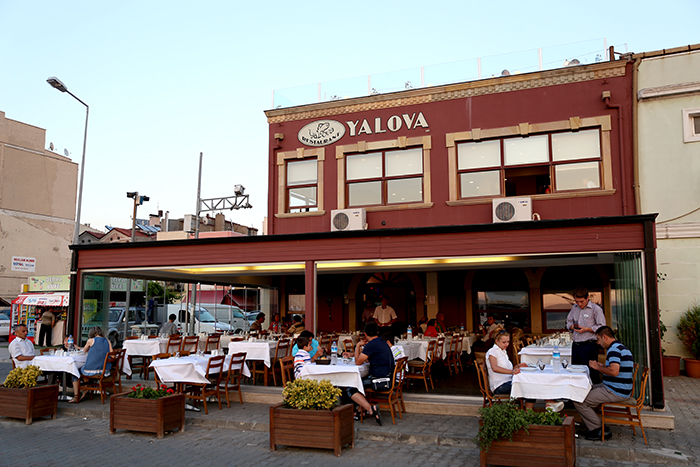 Located in a building that used to house the local fish market, Yalova has continued the tradition of serving their guests divine and succulent seafood that comes straight from the Dardanelles. For the best Yalova experience, reserve a table on the terrace and have dinner while watching the sun sink beneath the horizon. 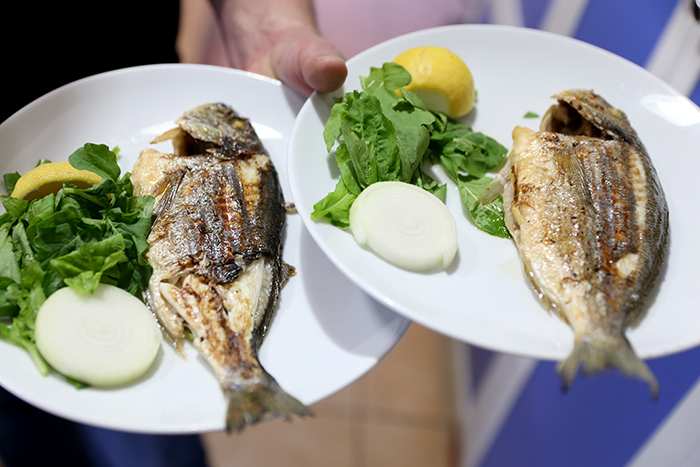 Another of Canakkale’s best seafood restaurants is Kavala Balık Lokantası, known in English as Kavala Fish Restaurant, which is located along the city’s iconic boardwalk. The restaurant offers fantastic views of Canakkale’s wharf and its charming nautical theme is in keeping with the outstanding seafood that is served here. 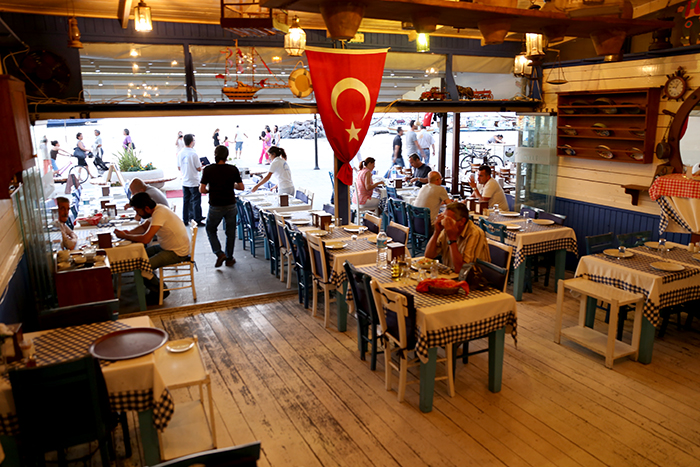 You can’t really go wrong with anything at Kavala; the fish is fresh and extremely tasty, the mezes, or Turkish hors d’oeuvres, are phenomenal, and their raki (the Turkish national drink, made from twice-distilled grapes and anise) is unbelievable. Try the raki with the mezes; the combination is out of this world! 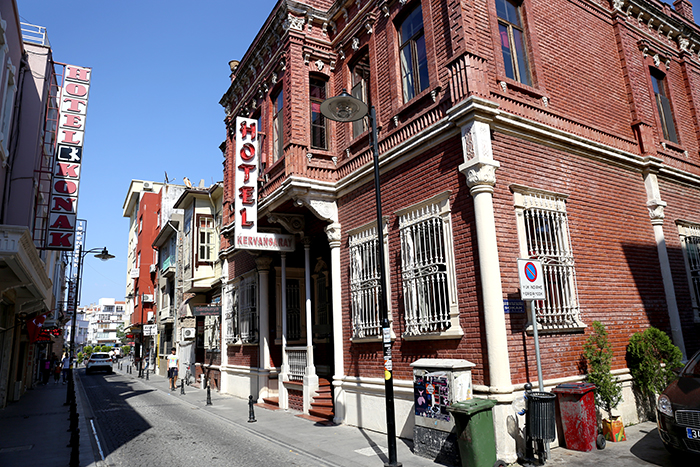 For the best accommodations Canakkale has to offer, look no further than the Anzac Hotel Group, which owns four hotels in the area: the Anzac Hotel, the Grand Anzac, the Comfort Anzac, and the Kervansaray. 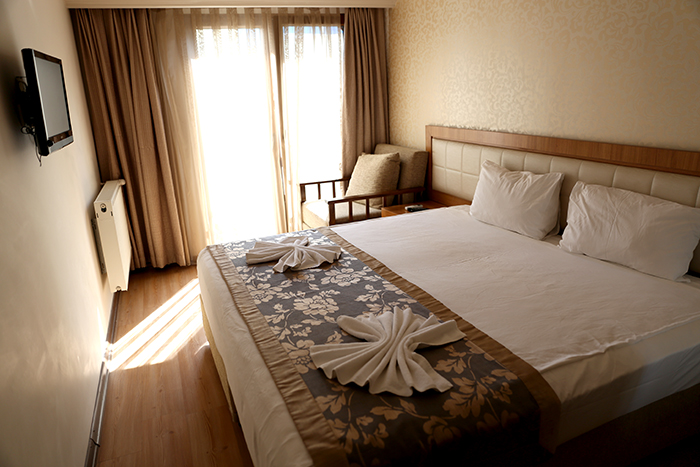 The Grand Anzac has a total of fifty-seven spacious rooms and is a 3-star business hotel, while the Comfort Anzac is an older-style hotel with fifteen smaller rooms. The Anzac offers bigger-budget accommodations, and the Kervansary is a small, historical hotel that is full of character.

Check out 5 Things to Do in Antalya, Turkey 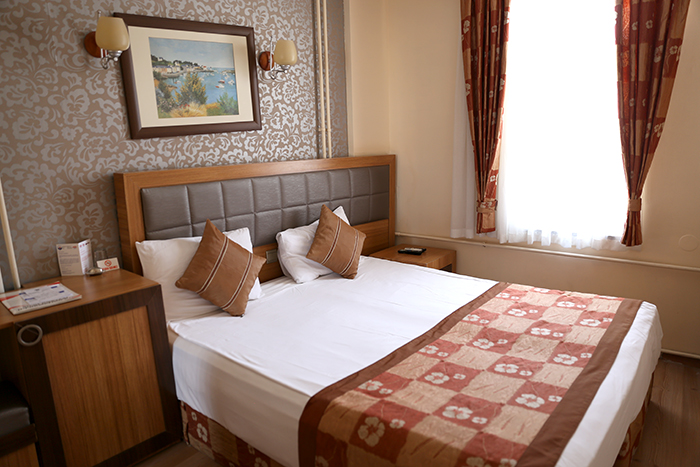 The rooms in all of the Anzac Hotels are clean and comfortable, and the hotels employ a friendly and professional staff who are happy to help with anything you may need. One of the best things about Anzac Hotels is that WiFi is free for all guests. I highly recommend them! 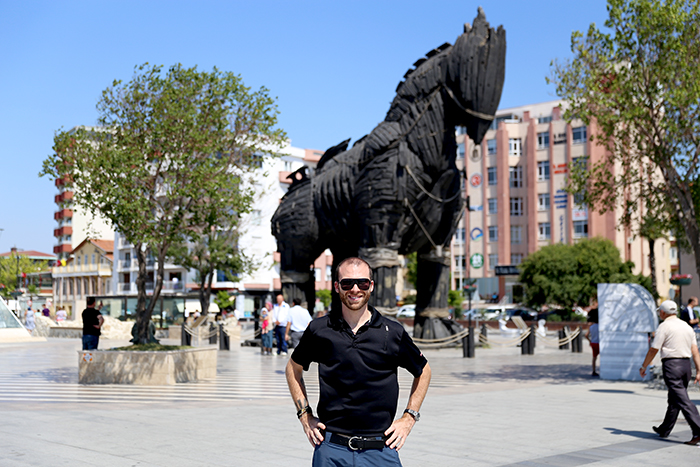 Those are the six best things to see and do in Canakkale. Between the delicious, traditional food, the fascinating historical sites, the comfortable accommodations, and the beautiful scenery, this seaside port city is an incredible place to spend at least a few days exploring. No history buff’s bucket list is complete without a stop in this charming town that’s steeped in tradition and legend. Book a trip to Canakkale today and see for yourself!