In this episode, David takes us around Turkey’s Marmara region to show us what to eat and what to see in Canakkale, Turkey – a beautiful city along the Dardanelles Strait. Canakkale is home to several historic monuments, beautiful streets and a plethora of amazing restaurants. It is also just a short ferry ride away from the ruins of ancient Troy! The best part is that Canakkale is only a 6.5 hour drive from Istanbul, making it a great stop-over destination for those traveling around the Marmara Region. 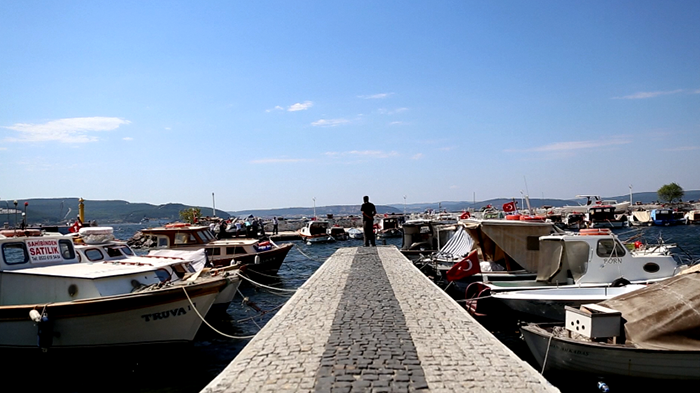 Canakkale’s charm lies in its location. Strolling along the waterfront promenade reveals beautiful views and a much-appreciated sea breeze. David makes a quick stop at the Kale Fortress, which is open to the public and features rows upon rows of antique canons and other military memorabilia. Near the Castle is an enormous reproduction of the Trojan Horse. It was used as a prop in the 2004 movie “Troy” featuring Brad Pitt. After filming, it was donated to the city of Canakkale and has been on public display ever since. 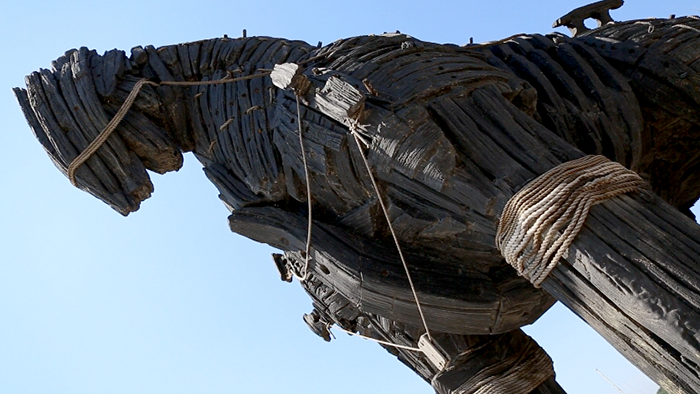 Now for the food…After an eventful first day exploring Canakkale, David goes to a popular seafood restaurant in town, Yalova  Situated in the old fish market, Restaurant Yalova serves up fresh local seafood with a beautiful view of the Dardenelles Strait. Make sure you reserve a table on the rooftop to enjoy the water views with your meal. 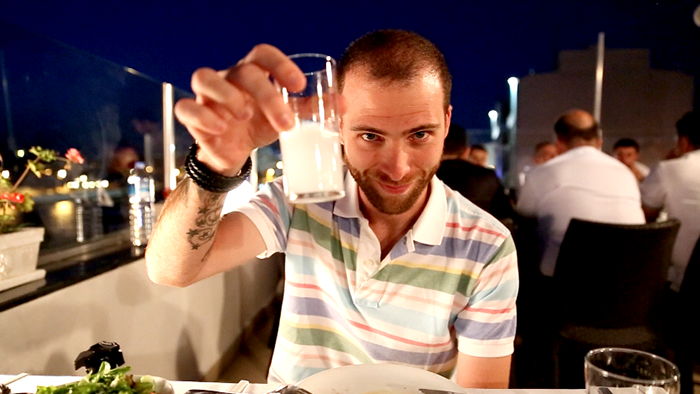 The next day, David stops by Kavala for a casual seafood meal in this taverna-style restaurant. Kavala is located right along the main pedestrian boulevard near the ferry station. Like many local eateries, Kavala serves fresh local seafood along with traditional Turkish dishes. Another popular restaurant in town is Hangover Cafe Bar, which is always packed! Hangover serves up casual food and has a great ambiance, especially for 20 and 30-somethings. It features both indoor and outdoor dining. The terrace is especially charming if you plan to enjoy Canakkale’s balmy nights.
We hope you enjoyed our video about where to eat and what to see in Canakkale. If you have something to add, leave a question or comment below!