As previously mentioned in our article, the Top 8 Ancient Sites in Cyprus, Paphos is an incredible place for history lovers to experience the wonders of ancient Cyprus. The area is famous in Greek mythology for being the birthplace of Aphrodite, the Greek goddess of love, beauty and pleasure. The Paphos area in the southwest of Cyprus dates back to pre-historic times, which is evident in its impressive cultural and historical attractions. It is also an official UNESCO World Heritage site.

These days Paphos is a popular coastal holiday destination. It offers a pleasant, sub-tropical climate, with mild temperatures all year round. Paphos has around 27 beaches, with at least 12 awarded Blue Flag status for their safety and cleanliness.

To get a real taste of the beauty and history of Paphos, make time to visit the following four ‘must-see’ destinations: 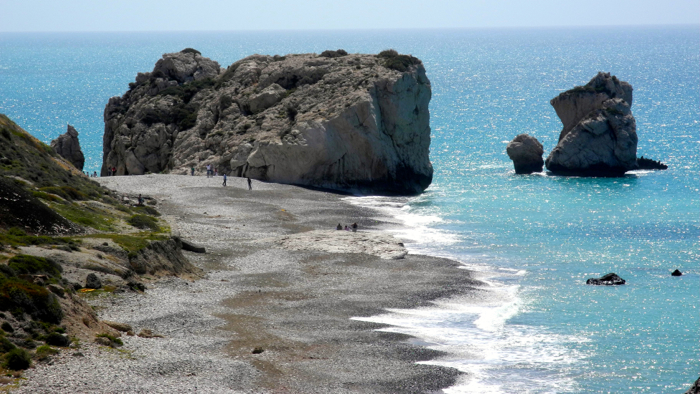 This large rock is located just off the coast of Paphos. Greek mythology marks this as the site where Aphrodite emerged from the sea, to begin her life as human on earth. The sea is a bit rough here, so not a good option for swimming, but you can enjoy a memorable view of the site at the nearby tourist pavilion. 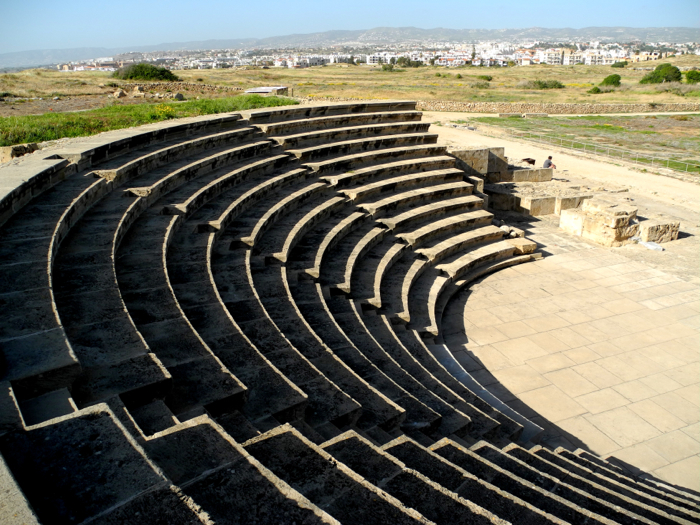 Built in the second century, this is one of the most important archaeological sites in Cyprus. To the south of the Odeon lie the remains of a Roman temple for the God Of Medicine, Asclepius. There is also an impressive amphitheater that stages live performances.

Tomb of the Kings 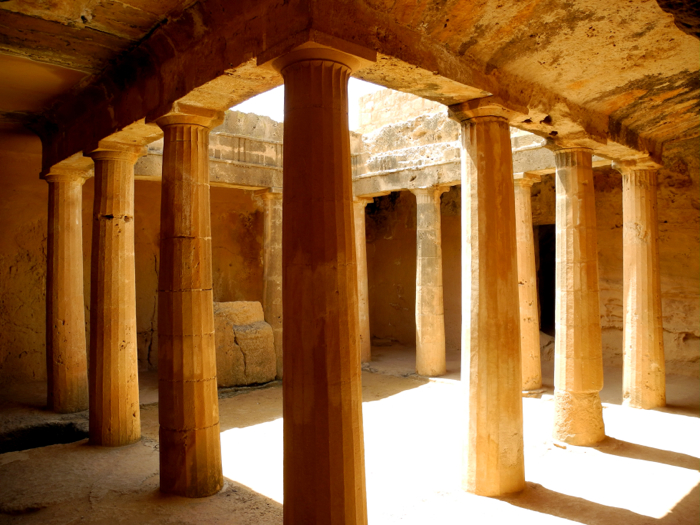 This is a major attraction in Paphos because of its large size and state of preservation. These tombs weren’t actually used to bury kings, but they are certainly fit for them. The site is a grand necropolis created from the solid rock. Each tomb is different, but there is one that’s a stunner. It features an open courtyard, pillars and several rooms. 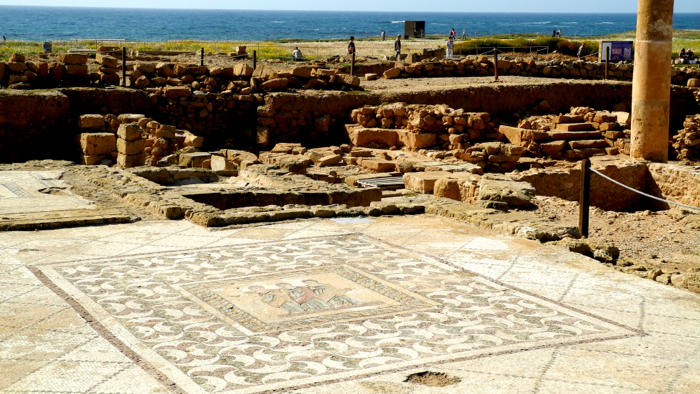 This site houses impressively preserved mosaic floors depicting scenes from Greek mythology. The mosaics cover 14 former rooms over a huge area of almost 5985 sq. ft. Considered to contain some of the most intact and beautiful ancient mosaics in the Eastern Mediterranean, Paphos Mosaics is a “must” stop for anyone in Paphos. Each mosaic depicts something different, whether an act by a Greek god or goddess, a blessing for the home, or a scene from a mythological story. 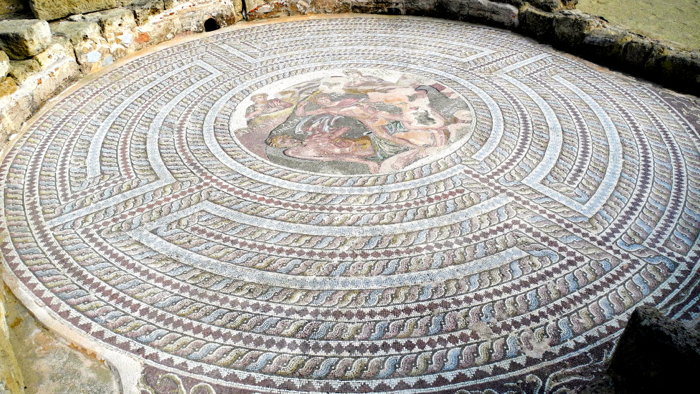 These key sites will give you a flavor of the culture and history, which have shaped Paphos over the centuries. Along the way they will also give you plenty of opportunities to enjoy the immense natural beauty of the area.

If you’re planning ahead, Paphos has been selected as a European Capital of Culture for 2017. Paphos will be hosting a whole year of events, highlighting the culture and diversity of the region.

Have you been to Cyprus before? Share your favorite places with our readers. Leave us a comment below!

One thought on “What to See and Do in Paphos, Cyprus”