Skopje is Macedonia’s capital city and the country’s political, economic, and cultural center. Things to see and do in Skopje include bustling city squares, religious buildings, Ottoman-era neighborhoods, and national monuments. If you are traveling to Macedonia, you will likely fly into Skopje Alexander the Great Airport, but don’t make the mistake of leaving town right away. 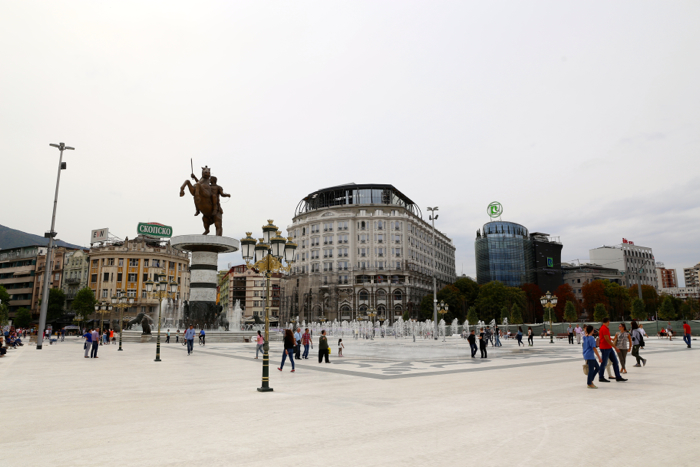 I recommend two full days to get to know this unique city and be able to see Matka Canyon and Saint Panteleimon Monastery, both of which are a short drive from Skopje.

Walk across the bridges 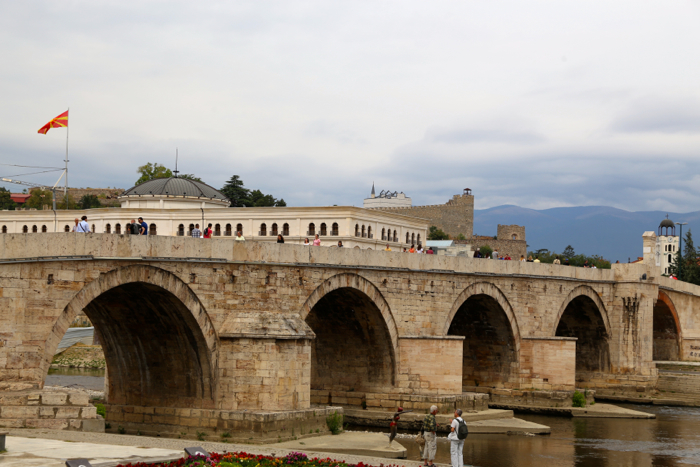 Skopje is located along the banks of the Vardar River, so you’d expect there to be bridges linking one side of the city to the other. Under Roman Emperor Justinian’s rule, when the city was a colony known as Skupi, a stone bridge was constructed. It was eventually destroyed and rebuilt by the Ottomans in the 15th century. 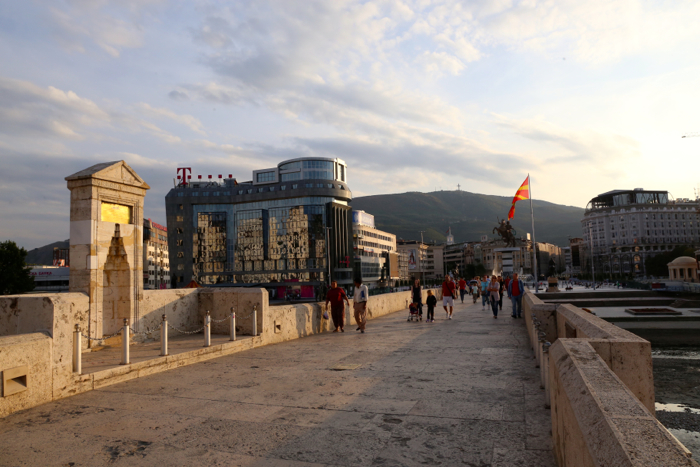 The Stone Bridge now links the old part of the city to the new, representing the many facets of Skopje – Ottoman, European, and Asian. 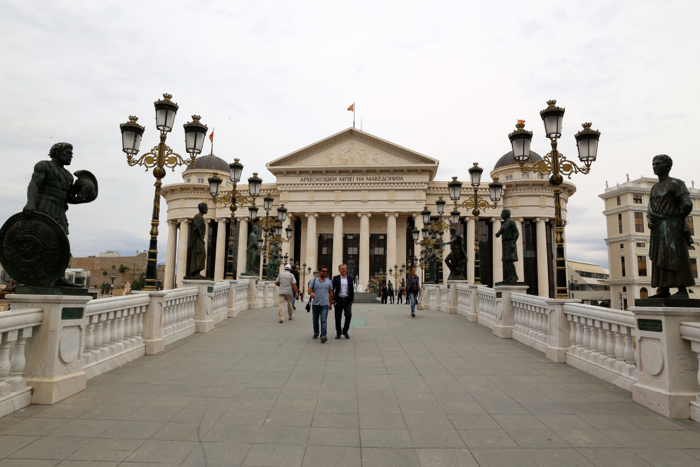 Another notable bridge in Skopje is the Art Bridge – a pedestrian bridge that crosses the Vardar River. It is lined with statues of notable Macedonian artists and musicians with ornate street lamps and beautiful vistas, all leading up to the National Archaeology Museum. 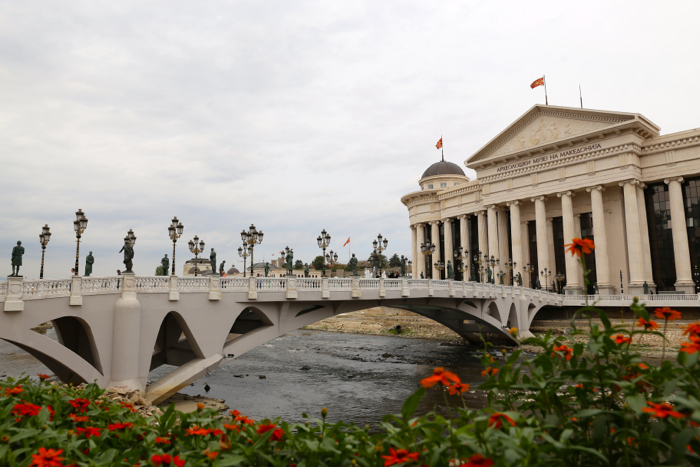 The construction of the Art Bridge was part of Skopje 2014, an ongoing urban enhancement project to revitalize Skopje. 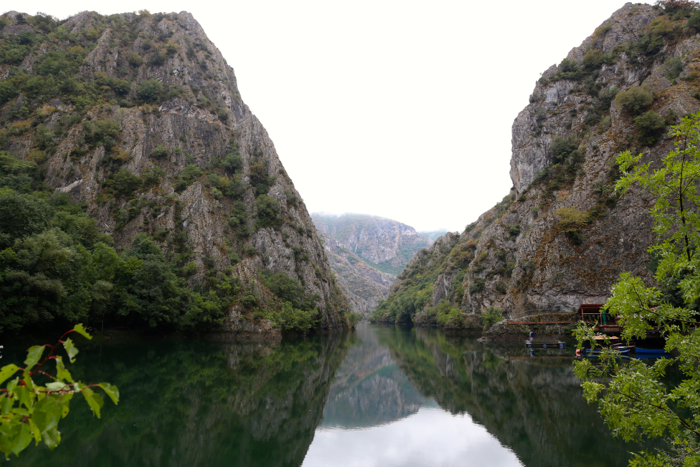 Matka Canyon is a stunning gorge and lake situated west of Skopje – a fantastic day trip for nature lovers! The area is home to several monasteries, hiking paths, climbing routes, and caves. 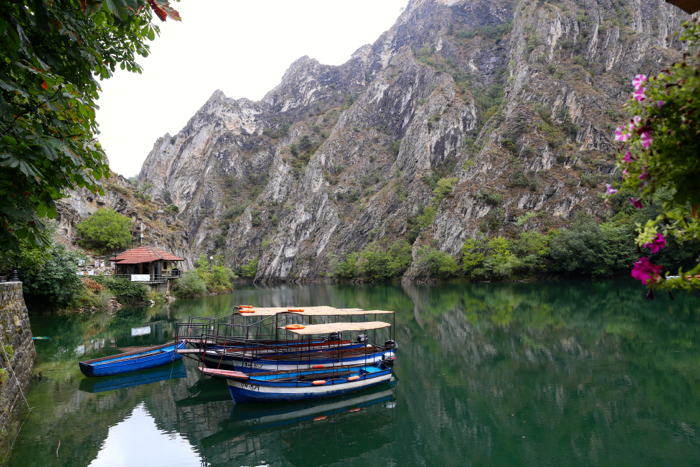 Matka Lake is popular with kayakers and divers. Rent a boat to take you to see the caves, then head to Canyon Matka Hotel and Restaurant for delicious lunch and sweeping views of the canyon.

Lookout from the Kale Fortress 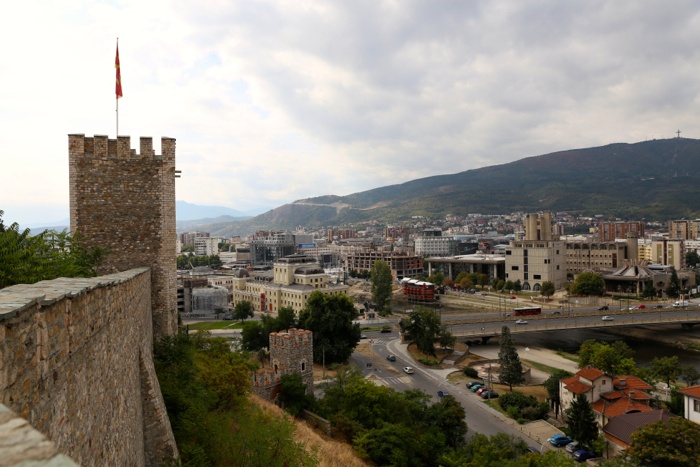 The Kale Fortress (Skopje Fortress) has stood watch over Skopje since the 6th century during the rule of Roman Emperor Justinian I.

During Ottoman occupation Kale Fortress was partially destroyed. Today only 121 meters of the wall remain intact, along with three watchtowers and several historical findings from past archaeological excavations. 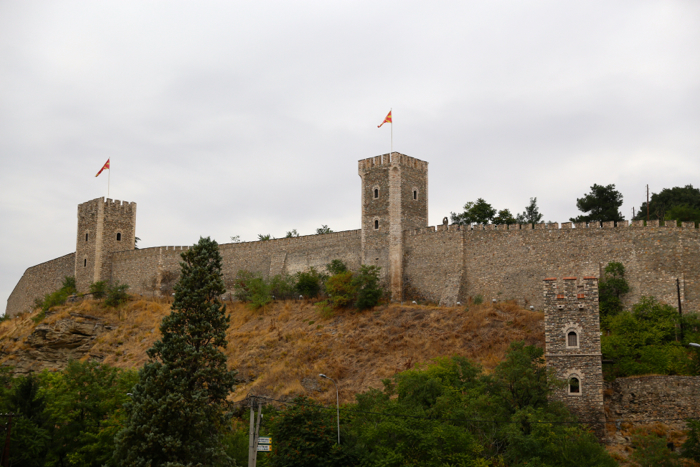 Since the fortress is situated at the highest point in the city, from the top you can get great views of the Vardar River and Skopje. 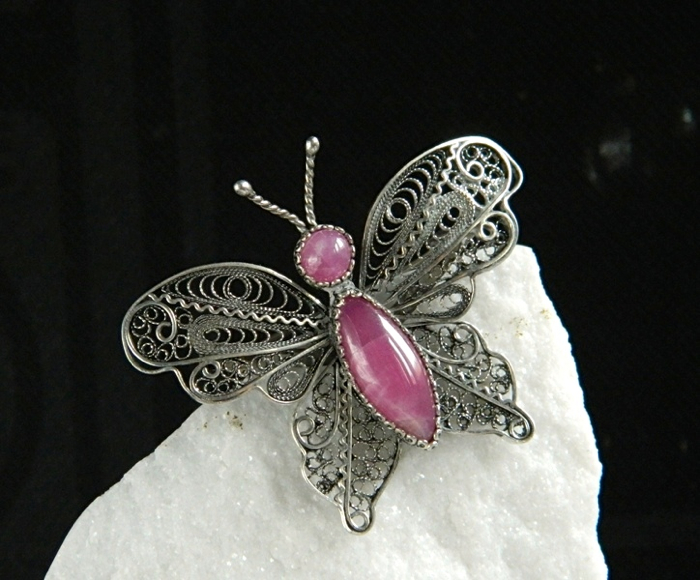 If you are looking for a truly unique souvenir from Macedonia, go shopping for Macedonian rubies. These precious gemstones are mined near Prilep and are known for their raspberry-pink color. Unlike Asian and Indian rubies, the Macedonian ruby isn’t blood red or translucent. It is however, considered tobe a national treasure. 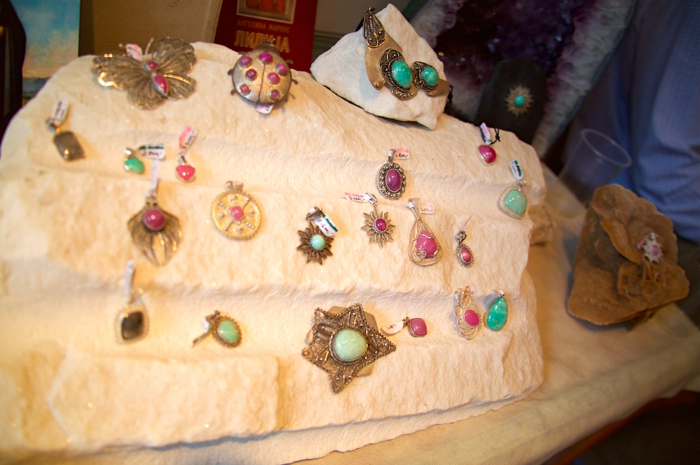 Be sure to buy rubies from a reputable dealer. We purchased ruby necklaces from the well-known DEKO Shop near the Greek Embassy in Skopje. Most of the rubies are sold in silver filigree settings, so if you’re looking for something a little more modern you may have to buy the loose stones and have your jeweler place them in settings you like.

Take the Cable Car to the Millennium Cross 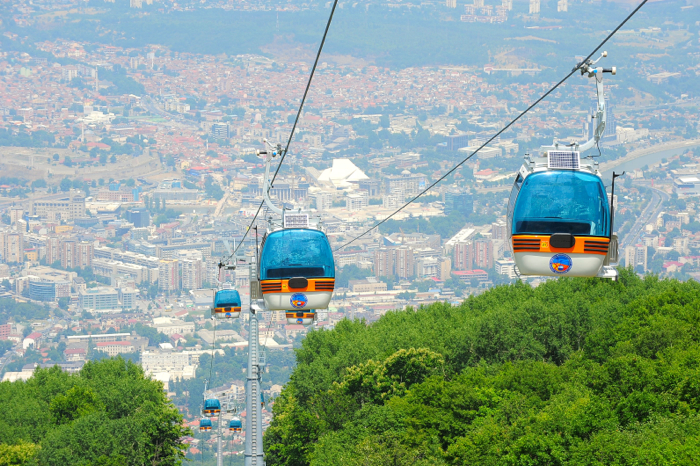 Near Skopje is the Millennium Cross – a 66-meter tall cross built on top Vodno Mountain (that’s the approximate size of a 20-story building!) The cross was built in 2002 to commemorate 2,000 years of Christianity in Macedonia and the world with donations from the Macedonian Orthodox Church. If you don’t want to make the grueling trek to the top of Vodno Mountain, you can take a bus (35 Denar) or taxi ($5 – $10) from the center of Skopje to the Millennium Cross Ropeway (Cable Car) station. The drive from Skopje takes about 15 minutes. 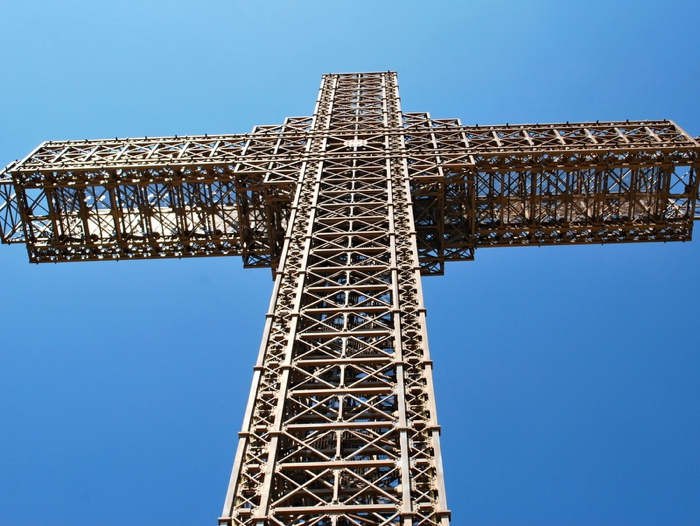 After paying the 100 Denar round-trip cable car ticket, you’ll be treated to spectacular vistas of Skopje and its surroundings as you make the 8-minute journey to the top of Vodno Mountain. From the top there are stunning views, and of course the Millennium Cross that towers over the mountain. 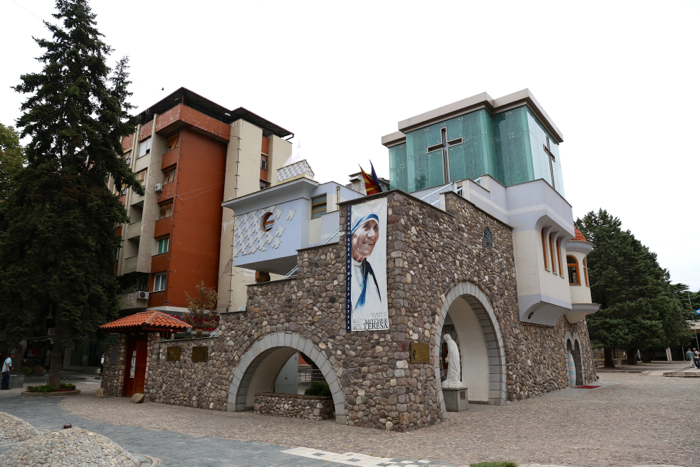 You may not know that Mother Teresa (Teresa of Calcutta) was born in Skopje on August 26, 1910. In 2009, two years after her death, the Mother Teresa Memorial House was built in her honor. The Memorial House contains a museum with photos, memorabilia, and documents following Mother Teresa’s life and religious work. Above the museum there is a small chapel. 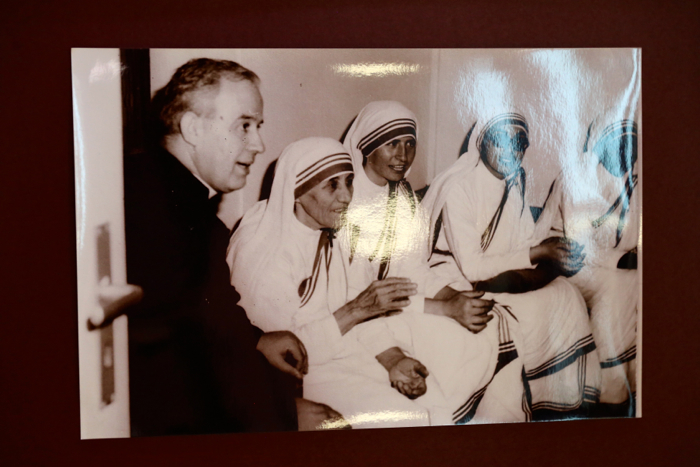 The floor below the museum (basement level) has a multimedia center that plays films related to Mother Teresa’s humanitarian work. Admission is free. Opening hours are Monday through Friday 9 AM to 8 PM and Saturday and Sunday 9 AM to 2 PM.

Shop in the Old Bazaar 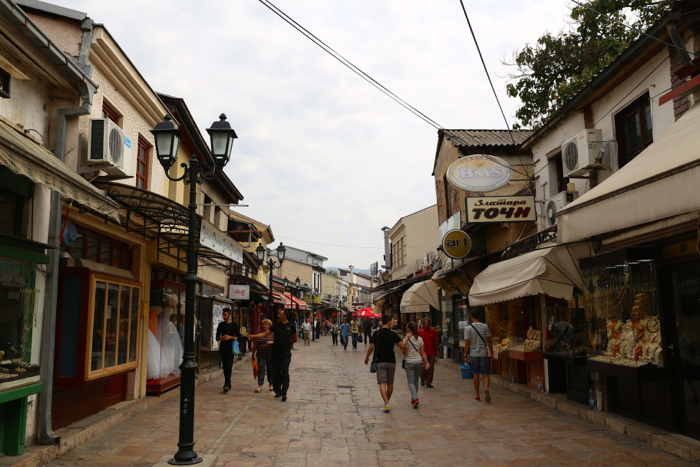 Skopje’s Old Bazaar is a living museum of Ottoman, Byzantine, and modern buildings. Second only to the Grand Bazaar in Istanbul, this was the largest bazaar in the Balkans during the 17th century. 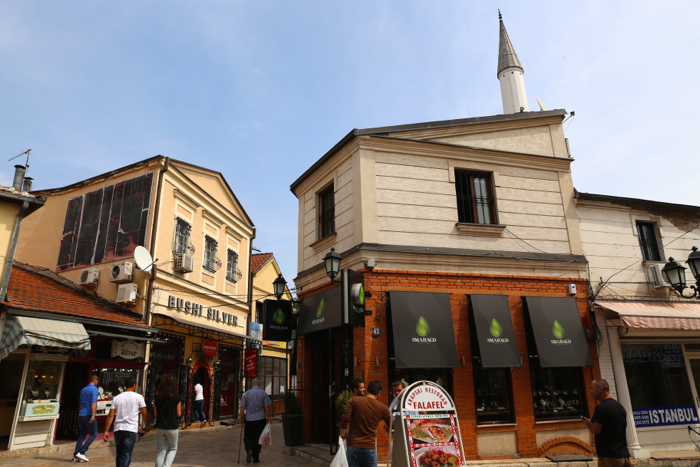 It stretches from the Stone Bridge to the Bit-Pazar and the Kale Fortress. Around the you will see active mosques, türbes (mausoleum tombs), converted hammams (bathhouses), churches, the Museum of Macedonia, the Museum of Modern Art, and several inns. 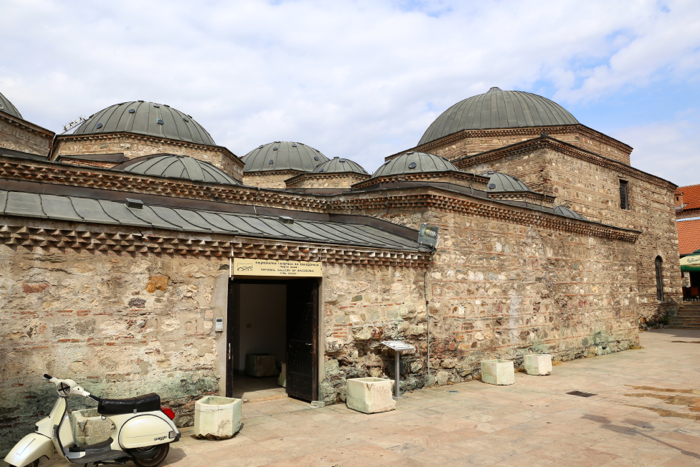 Strolling the shops of the Old Bazaar is a must-do for anyone visiting Skopje. There are numerous craftsman shops selling everything from copperware to traditional Macedonian folk costumes. There are also traditional restaurants and coffee houses throughout selling kebab, lahmajdun (meat pie), and Turkish delight.

See the Monuments in Plostad Makedonija 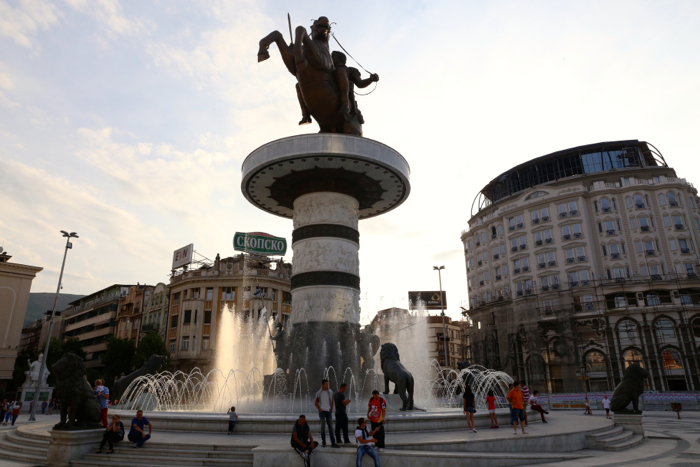 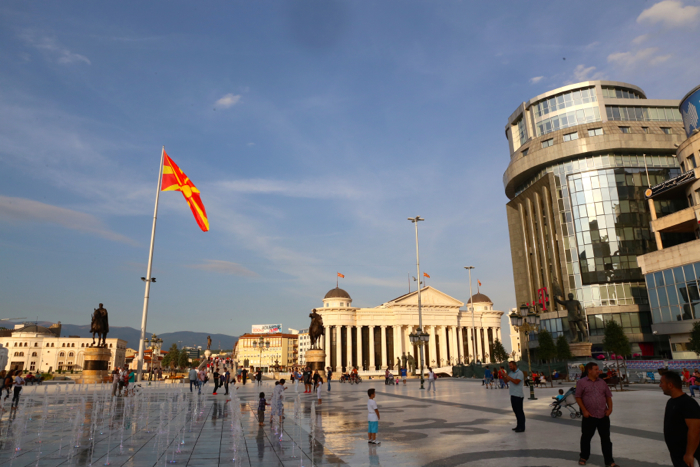 Marvel at the Frescoes in the Church of Saint Panteleimon 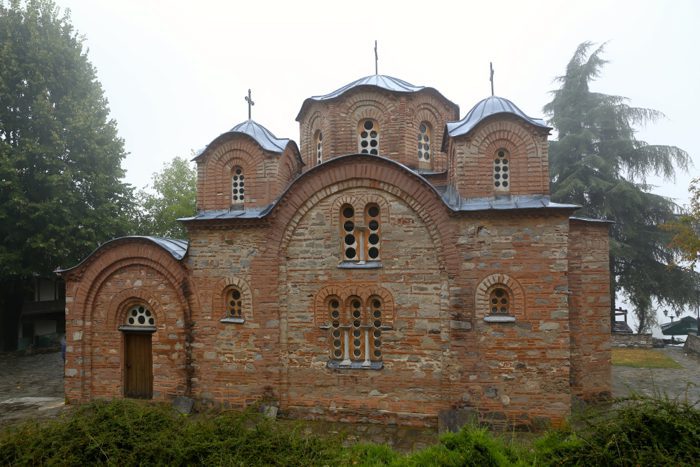 Seventeen kilometers south of the center of Skopje lies the Church of Saint Panteleimon in the village of Gorno Nerezi. Perched on a slope of Mount Vodno, the church was built in 1164 and is a magnificent example of Byzantine architecture. 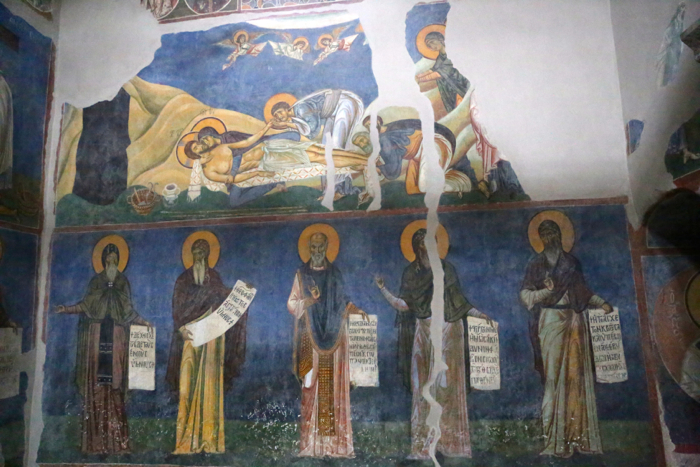 Inside the church are several Byzantine frescoes depicting the life and death of Jesus including the Transfiguration, the Raising of Lazarus, the Birth of the Mother of God, the Presentation of the Mother of God to the Temple, the Entry into Jerusalem and the Descent from the Cross. 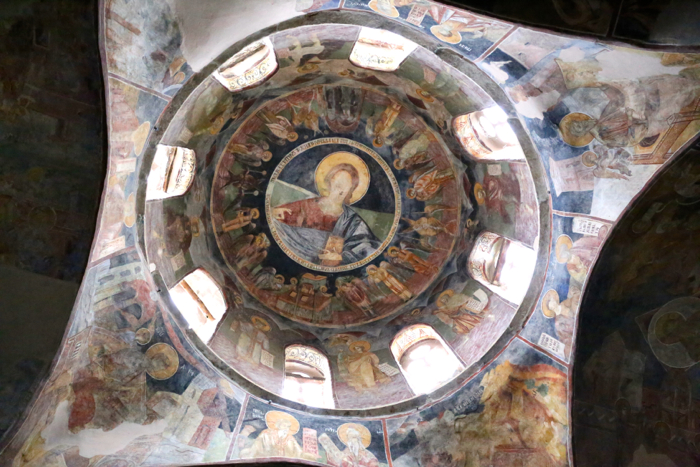 Saint Panteleimon is one of the oldest and beautiful churches in Macedonia.

Check out more beautiful Byzantine frescoes in our article Top 10 Things to Do in Ohrid, Macedonia 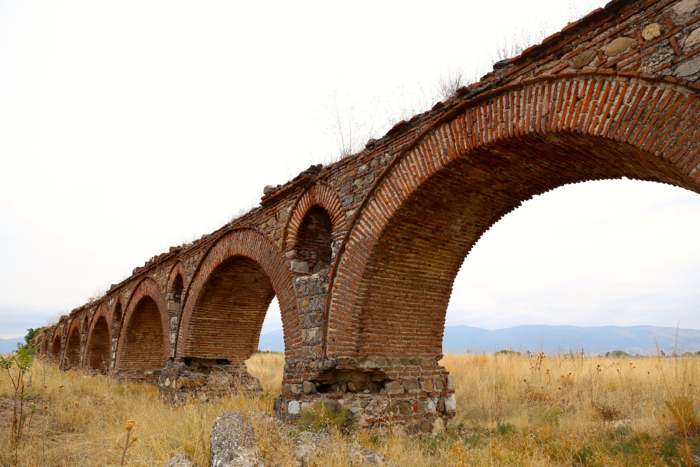 Just outside of Skopje is the Skopje Aqueduct – the only surviving aqueduct in Macedonia. It dates back to the 1st century, when it was used to supply water to the Roman colony of Skupi. Later it was used by the Byzantines and Ottomans for the same purpose. Note that the aqueduct will not be easy to find if you are planning to drive yourself. It is best to go with a guide. 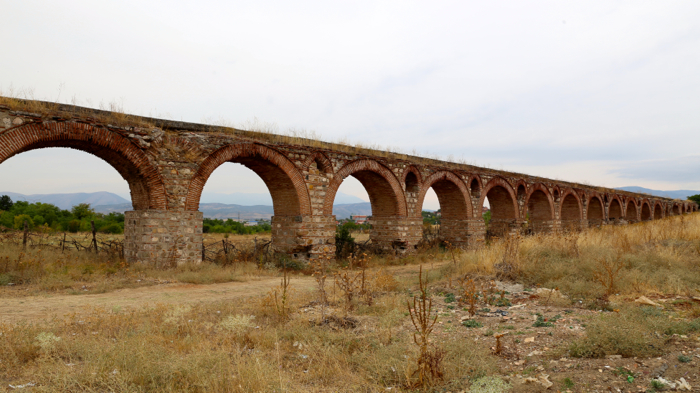 This list of 10 things to see and do in Skopje is just the beginning. If time allows, definitely take the time to see some of the city’s other main sights like the Porta Macedonia Gate, Sultan Murat Mosque and Clock Tower, and the Mustafa Pasha Mosque. 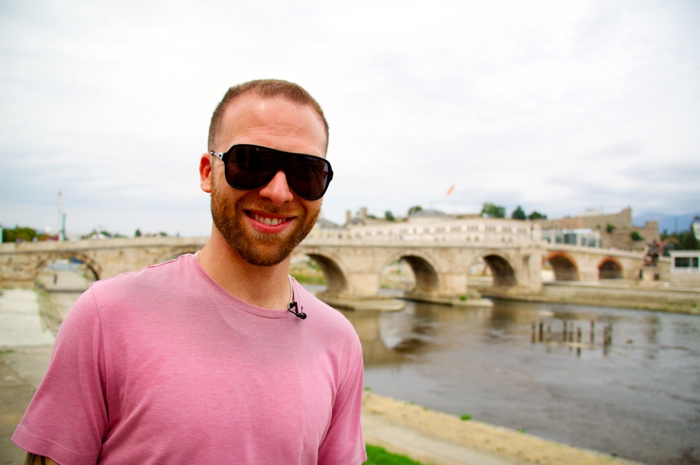 Have you ever traveled to Skopje, Macedonia? Tell us about your top things to see and do in Skopje. Leave us a comment below!

11 thoughts on “10 Things to See and Do in Skopje, Macedonia”