If you’ve followed along on the blog for a while, you’ve probably realized how much I love Malta! I had the opportunity to visit Malta a few years back. This small island nation with a population of just 420,000 is a beautiful mix of natural beauty and traditional architecture, as well as a distinct gastronomy that incorporates Arab and Italian flavors. 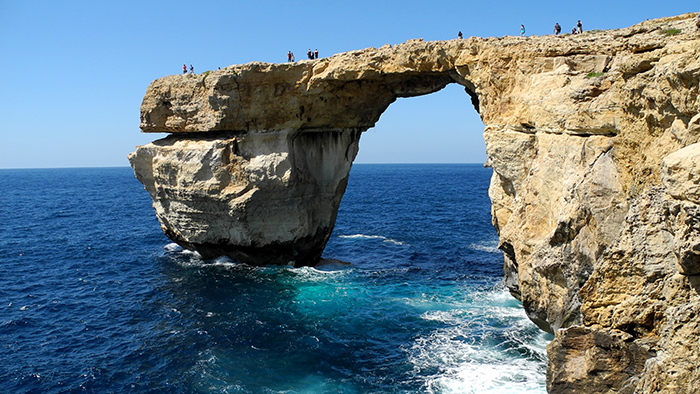 Malta may be small but holds a wealth of things to discover: ancient temples, the gorgeous capital city of Valletta, the rustic countryside of Gozo, and the crystal clear waters of Comino. 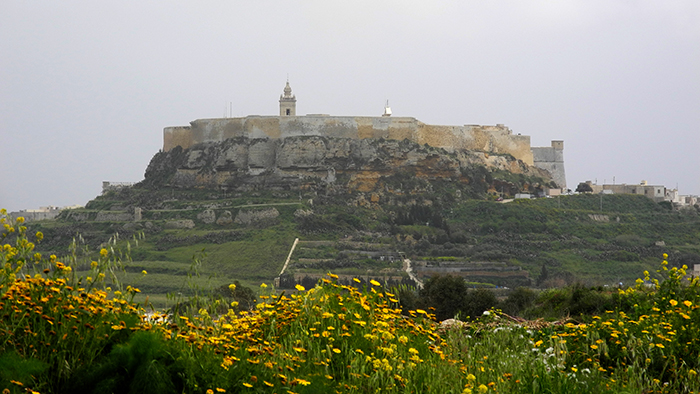 I’ve only explored Malta by car, but the islands are small enough to conquer by bicycle as well. Dealchecker.co.uk came up with a Bikepacker’s guide to Europe, and not surprisingly Malta was included on the list of best bikepacking locations. Thanks to an EU-funded project, Malta has recently been fitted miles of new cycle lanes. As a result, the country’s Gozo Island is now a cycling hotspot, with much of its beautiful coastline accessible on two wheels. 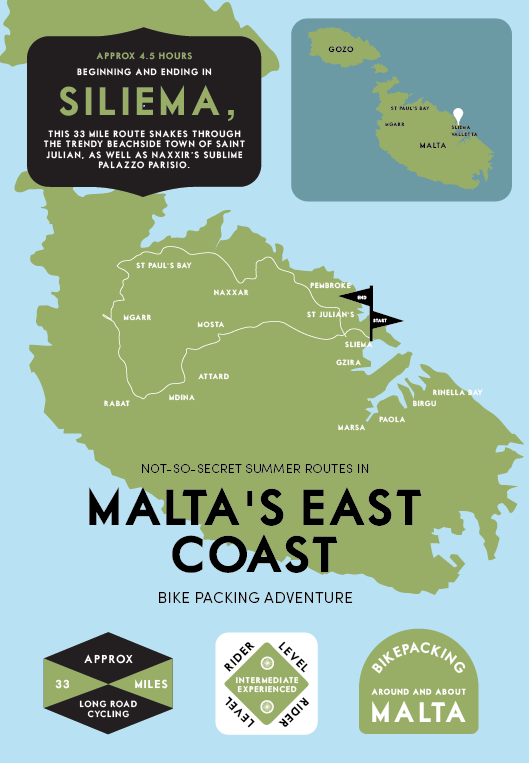 Beginning and ending in Sliema, this 33-mile route snakes through the trendy beachside town of Saint Julian, as well as Naxxar’s sublime Palazzo Parisio.

Thundering through the heart of the national park’s rocky peaks and troughs, this 6.5 mile route begins and ends at the stunning Anchor Bay. Il-Majjistral is home to numerous species of native birdlife, not to mention some of the best snorkeling areas in the country. 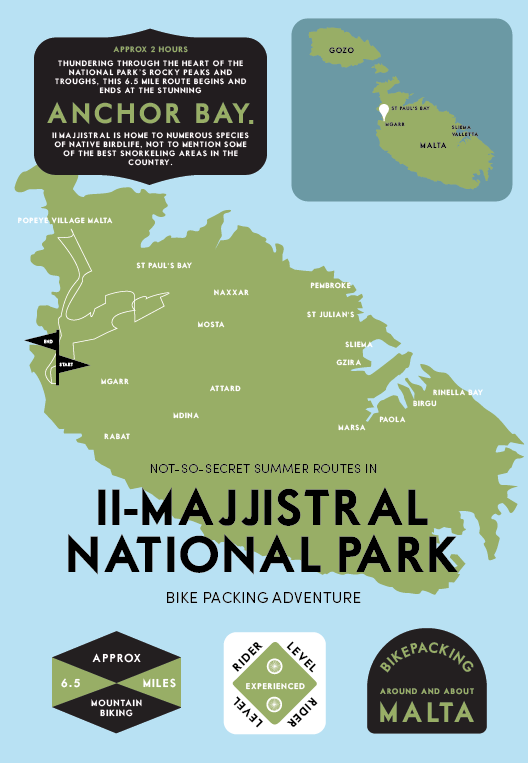 A wonderland of indigenous flora and fauna, craggy landscapes and wild, windswept coastal paths, Il-Majjistral is Malta’s first natural national park and a real home-from-home for the avid mountain biker. 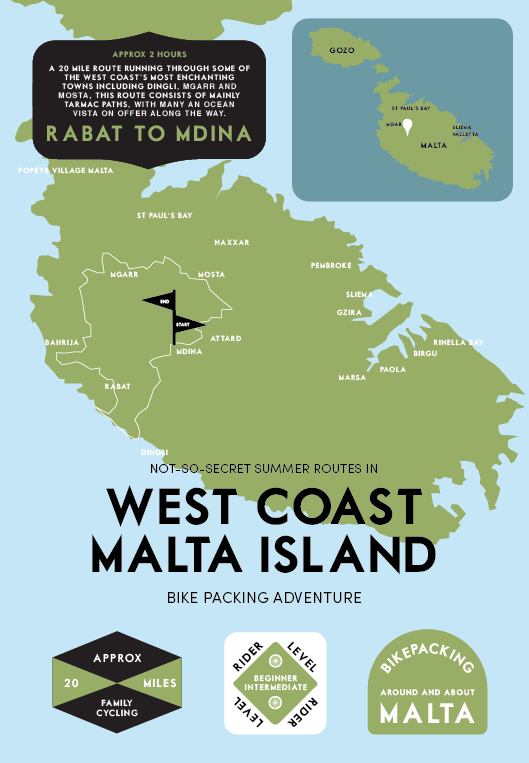 One of the areas to have benefitted from Malta’s newly lain cycle network, the main island’s west coast is great for family biking, with countless tarmac routes of varying lengths stretching along the ocean.

A 20-mile route running through some of the west coast’s most enchanting towns including Dingli, Mgarr and Mosta, this route consists of mainly tarmac paths, with many an ocean vista on offer along the way. 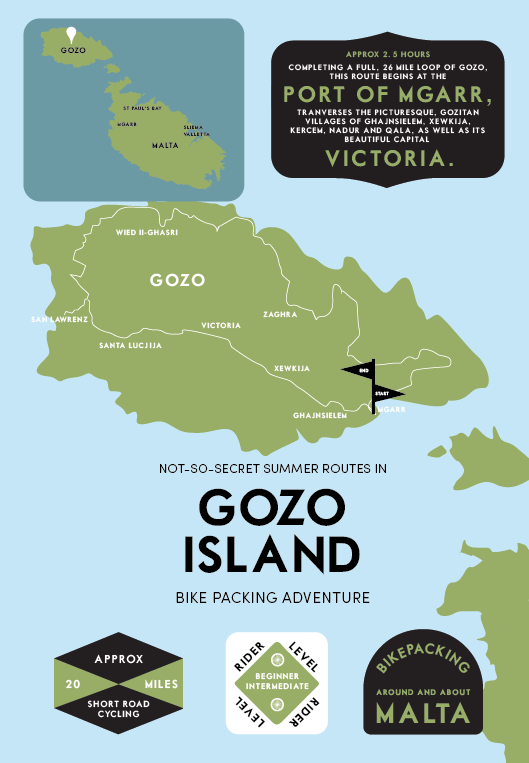 Completing a full, 26 mile loop of Gozo, this route begins at the Port of Mgarr, traverses the picturesque, Gozitan villages of Ghajnsielem, Xewkija, Kercem, Nadur and Qala, as well as its beautiful capital Victoria.