Despite El Salvador’s bad reputation, the country boasts incredible landscapes, a friendly culture, and delicious cuisine. Affordable accommodations and plenty of sun and sea make El Salvador fantastic for the adventurous outdoorsy traveler. Here are our picks for the top towns to visit in Eastern El Salvador: 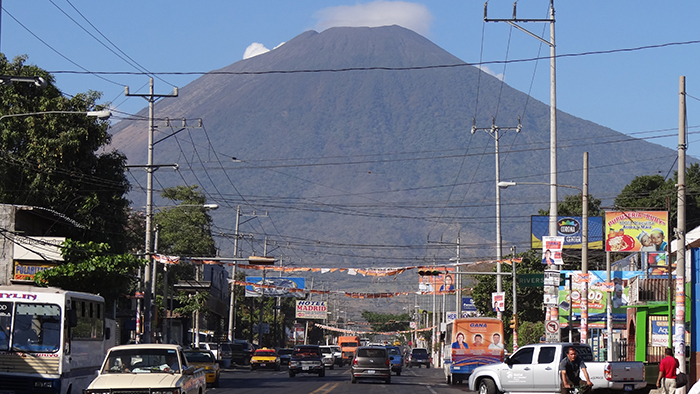 As the third largest and most populated city in El Salvador, San Miguel is also a popular tourist destination though it is slightly less developed than Santa Ana and San Salvador. It is in the eastern coastal region of El Salvador 84 miles from San Salvador, where several beach towns are centered around this somewhat less cosmopolitan major city.

The city itself is near some of the best surfing in all of Central America and other natural beauties. Because of its coastal location, some of the highest quality seafood in all of El Salvador is rumored to come from the coasts of San Miguel. While it wasn’t initially valued by the Spanish, today it is El Salvador’s center of trade. It is also one of the hottest towns in the country so remember to pack light clothing. In the summer time temperatures have reached as high as 109 degrees Fahrenheit. 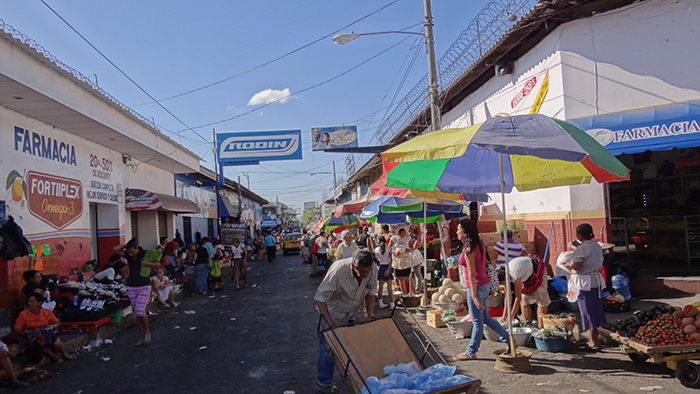 There are several outdoor sports opportunities surrounding the city. Amongst the most popular of these are the volcano of San Vicente, the volcano of San Miguel, and Lake Olomega. San Vicente, otherwise known as Chichontepec, is an active double peaked stratovolcano. It is amongst the most difficult of the volcanoes to hike because there are no clearly cut out trails. It is then best to enlist the help of a local guide. Speaking Spanish is a major bonus for those wanting to hike San Vicente. 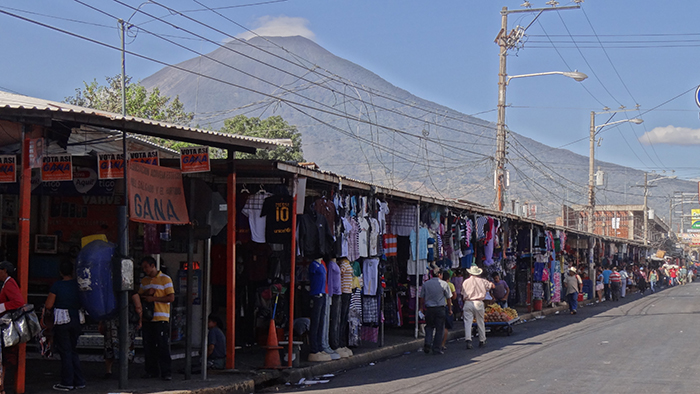 Guides and police escorts can be found for free through the town’s mayor’s office. San Miguel is also known as Chaparrastique and is amongst the most active of the volcanoes in El Salvador. While the views from the top of the volcano are rewarding, this hike should not be done without a credible guide and security since there have been issues with bandits on the mountain. At 20 square miles, Lake Olomega is one of the largest bodies of water in the country. Here nature treks and boat tours to local islands in the lake can be arranged. 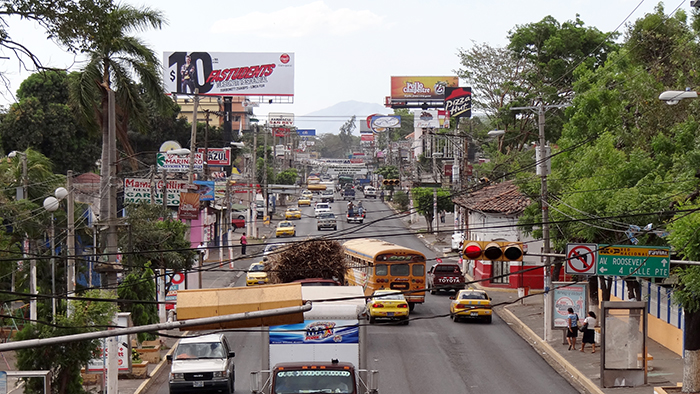 While the city’s drawing point are its surroundings, there is a more than sufficient amount to see in the city itself. Historical downtown San Miguel is home to several noteworthy architectural landmarks. La Catedral de Nuestra Señora de La Paz was constructed in 1862 and is made almost entirely out of volcanic rock. The Francisco Gavidia Theater is another gem, constructed in 1909 and named for Salvadoran writer Francisco Gavidia. Additional sites include, the Palacio Municipal, built in 1935, other colonial buildings and the San Miguel market. For nightlife, visitors should check out Avenida Roosevelt. In November, it’s the site of the biggest carnival in all of Central America, but all year long bars and nightclubs line the avenue, drawing in both locals and tourists. 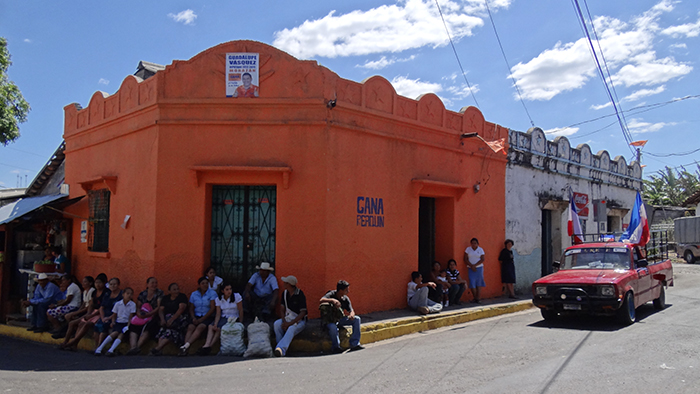 Perquín is the most popular stop on La Ruta de Paz. It was also the heart of rebel resistance. Accommodation is more readily available and there are more options than the other pueblos lining the road. Once the capital of the revolution, Perquín is now a site of peaceful reflection. The main site of the town is Museo de la Revolución, located in the Perquín’s town center. The vast majority of the material at the museum is in Spanish, so it’s worth contracting a guide for a tour. Many of the guides are ex-guerrillas with experiences and wisdom to share that will touch your heart. 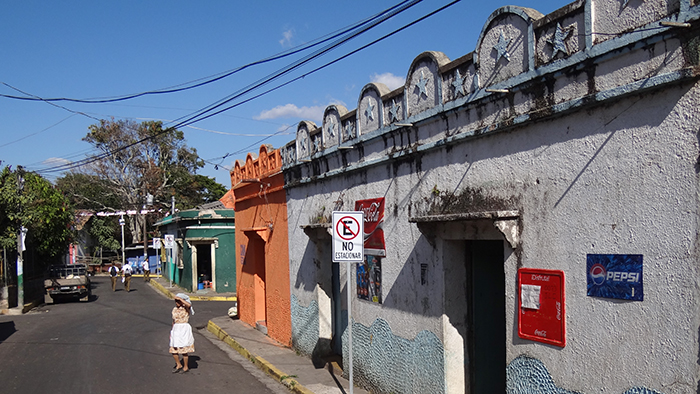 The museum itself is made up of five rooms displaying photos, memorabilia, war artifacts such as bullets and weapons, and documents such as peace agreements. There is also a small reconstruction of the guerrillas’ life style that illustrates how they lived and operated in an intricate web of tunnels connecting hideouts. A short distance down the road from the museum, locals occupy what was once a guerrilla camp. For an extra $1 visitors can wander into the tunnels for a unique experience that offers insight into the rugged life of the guerrilla fighters. 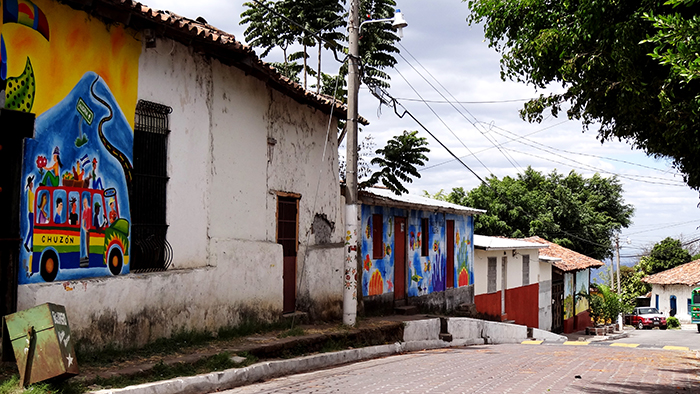 Alegria is a small and charmingly sleepy mountainous pueblo. While there are a few guesthouses, it is unnecessary to stay over since the town’s main attraction, Lake Alegria, can easily be seen in a day. It is located a short 2 km from the town. There are local guides that offer their services. However, their assistance is not required because the trail is clearly marked. 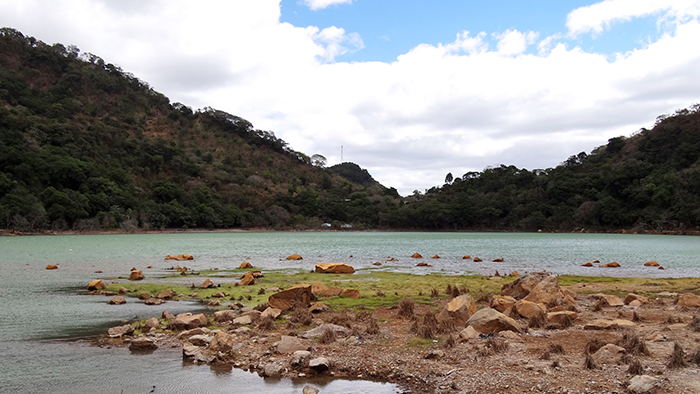 La Laguna de Alegria is a crater lake located at the top of the Volcano Tecapa. Its high sulfur levels result in a beautiful yellow-green shade of water. The serene environment of the wind-rippled waters is the perfect backdrop for an afternoon picnic. 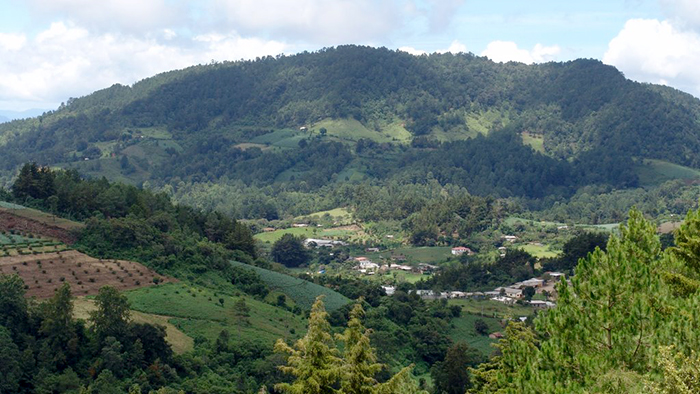 San Fernando is a small town just a short bus ride from Perquín. It is the starting point for several fantastic hikes. Additionally, there are a few camping sites. Outside of the camping sites, accommodations are limited. The most popular of the sites is El Chorreron, a large waterfall with cool springs for taking a dip. 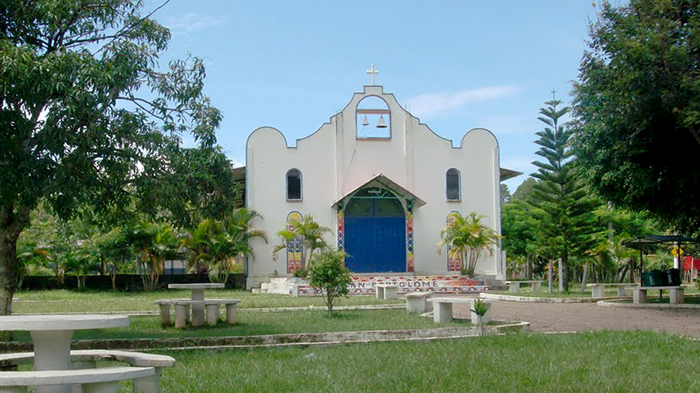 Arambala is home to a lovely church. The town itself is back dropped by the deep teal waters of the river, Rio Sapo. Just to the east of Arambala is the famous memorial site of El Mozote that honors those who lost their lives in the Massacre of El Mozote. To the side of the main memorial wall, a church has been transformed into a separate monument honoring the estimated 130 some young children whose bodies were recovered in 1992, over a decade after the bloody three-day battle took place in December of 1981. The memorial itself serves as a reminder of a dark point in El Salvador’s past, but is representative of an important turning point in El Salvador’s political history. 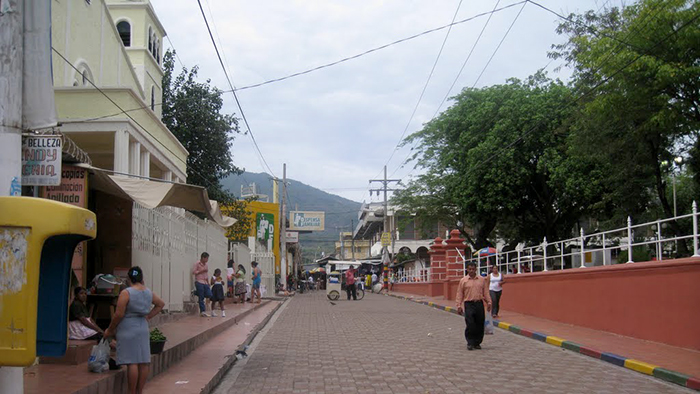 La Unión is a major site of trade, with the actual port being just over a mile from town. It is located 12 miles from the department of San Miguel. It is not a large town and is easily navigated on foot. Please note that while the city center is safe for daytime wandering, this area can turn sketchy at night and tourists should not wander here alone after sunset. 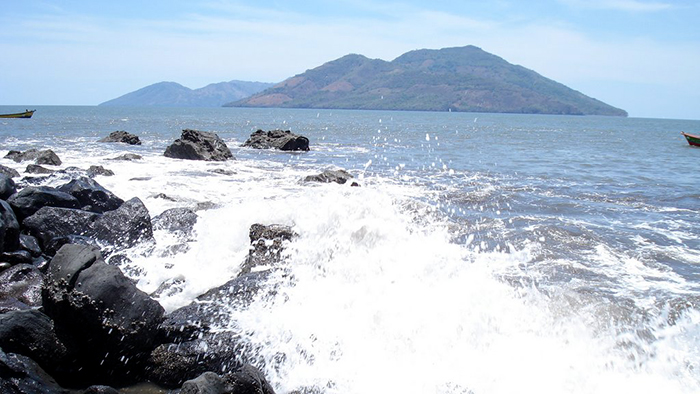 From La Unión it’s easy to get a boat to one of the nearby islands; Isla Conchaguita, Meanguera, Zacatillo or Martin Perez. Here tourists can enjoy tranquil beaches and fresh seafood. Of these islands, Manguera and Zacatillo are the most popular. Zacatillo is an archipelago opposite the island of Martin Perez. The private beaches are shaded by palm trees and outside of the high seasons of August, they are relaxing sites for a day of indulgence and tanning. In Meanguera, a few resorts and hotels line the coast. It’s slightly more developed and reared towards tourism than Zacatillo, so most tourists will opt to stay on Meanguera and take a day trip to Zacatillo. 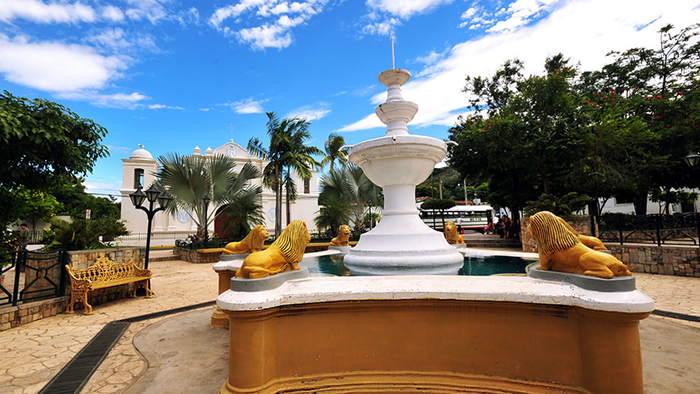 Boats leave from both Puerto Cutuco and Puerto Corsain. Most boats will leave from a pier located just a few blocks to the north of the main central park. From here there are daily boat tours lasting approximately three hours for as low as $6 and ferries leaving for the islands of Meanguera and Zacatillo. You can also find dolphin tours and weekend party barges. 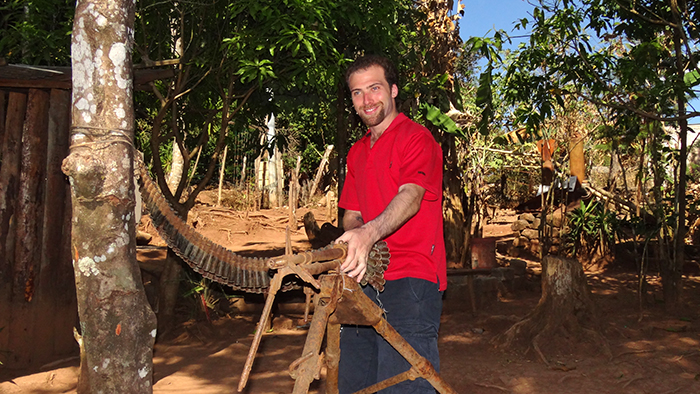 Have you visited or would you consider visiting any of these towns in Eastern El Salvador? Leave us a comment below!