San Salvador is El Salvador’s capital city. It is located in the region of the central plateau. Today, it is the second largest city in all of Central America, coming second only to Guatemala City. Despite its size, the people are laidback and easy going. With a population quickly approaching that of Los Angeles, visitors may be caught off guard by the sometimes slow moving pace. 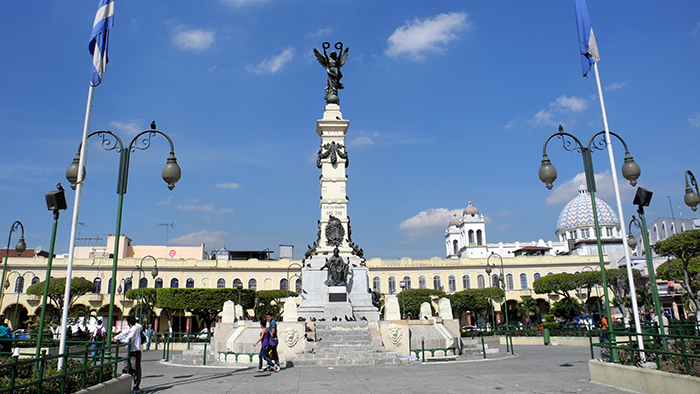 The city has been the victim of numerous earthquakes and war, both of which took a serious toll on the infrastructure destroying the majority of the original Spanish colonial constructions. Today, evidence of its hardships can still be seen in the contrast of classes all over the country.

Visitors will undoubtedly witness grandiose wealth as well as crippling poverty. However, remember that as long as you stay in the neighborhoods that draw tourists, El Salvador has been deemed safe for outsiders. The prevalent crime is still serious, but the conflicts are mostly inter-gang disputes in the poorest of neighborhoods, leaving tourists out of it. 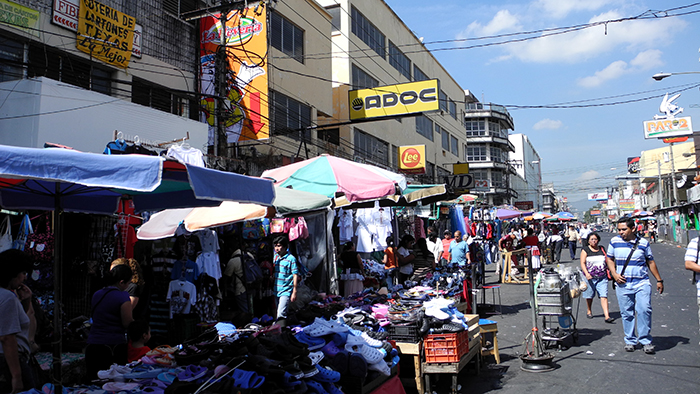 San Salvador’s location is truly remarkable. Despite its standing as the largest metropolis in all of El Salvador, you are minutes away from numerous natural beauties. Most of these sites are heavily protected due to tourism. The outskirts of San Salvador are home to some of the best parks in the country, an impressive crater lake and beautiful volcanoes. Many tourists make it their homebase during their visit because of its convenient location. From any given site in the country, you will be only four hours away. There are numerous tour companies that make it easy to plan day trips, offering guides and tours to the hottest spots in the country.

Check out the Top Towns to Visit in Eastern El Salvador 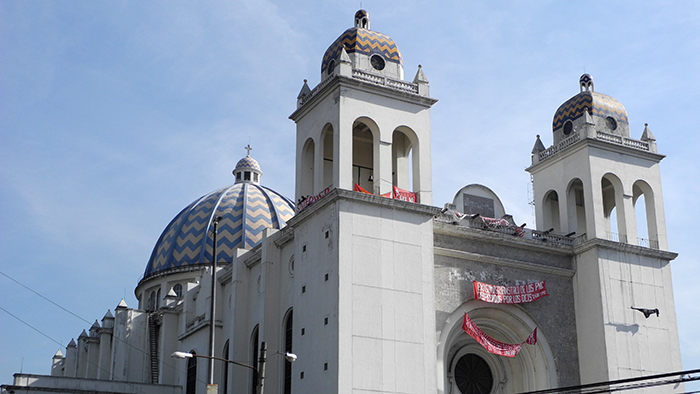 El Salvadoran cuisine is a delicious combination of Spanish and indigenous cuisines, though in San Salvador the gastronomy is very diverse. There are many restaurants featuring international cuisines. 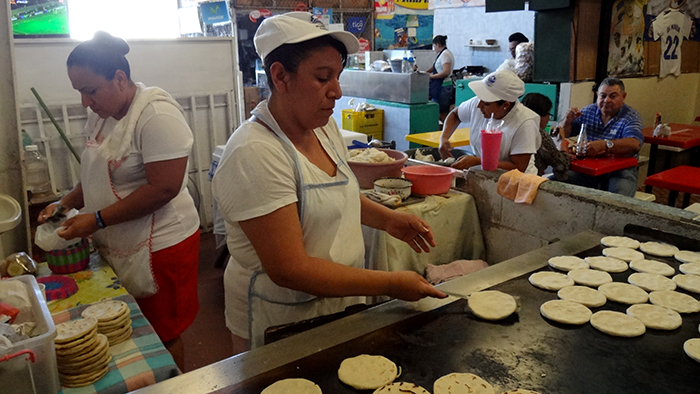 Navigating the city is easy. Tourists can choose to take the bus system or get a taxi. Official marked cabs are safe and it’s easy to get a cab with a legitimate company at marked taxi stands. Some tourists choose to rent a car. Most roads are clearly marked, though the traffic can be overwhelming. Here are our top things to see and do in San Salvador, El Salvador 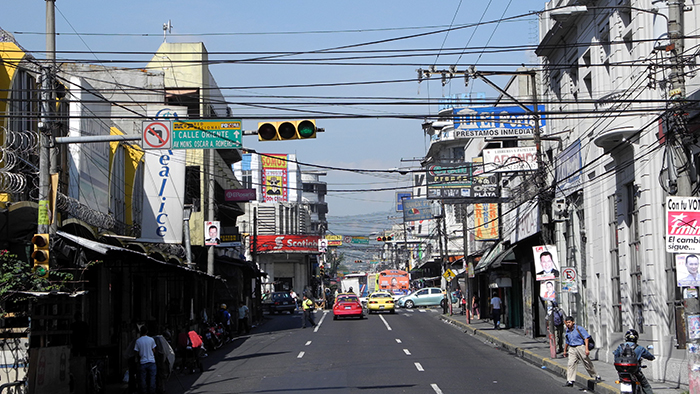 Historical downtown was once the center of Spanish colonial power. Unfortunately, the vast majority of the buildings were destroyed in earthquakes. Highlights of this area include the Cathedral Metropolitana, El Rosario Church, which was the first parish, and the main plaza, called Duenas Square. These sites can be seen in one day between two and three hours. While a guided tour is an option, it is not necessary. 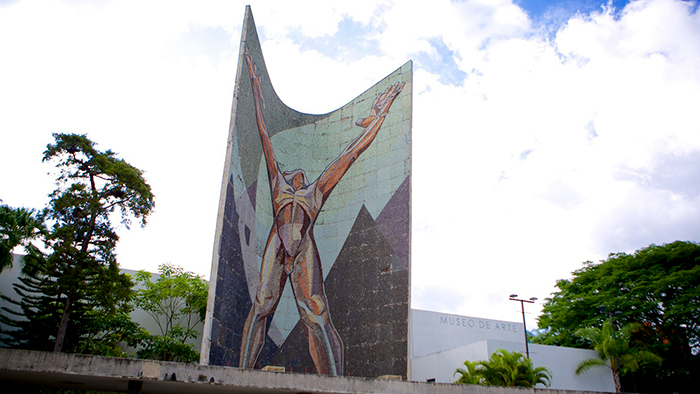 The Museum of Modern Art in San Salvador is small but rich in cultural art. The main exhibit, Puntos Cardinales, is a culmination of modern Latin art of the recent generations. There are two additional halls that feature temporary displays, namely of Latin artists. Admission is $1 for adults and 50 cents for students. 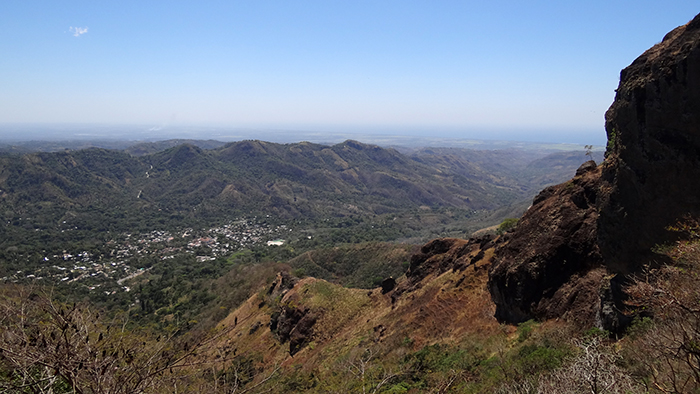 La Puerta del Diablo, or Devil’s Door, is a sacred site in southeast San Salvador that was used by the Mayans for sacrificial rituals. It’s a great site for those with a little extra energy to burn since the hike up involves some pretty heavy walking. The high elevation of 1,000 meters (3,250 feet) offers magnificent views of half the country. You’ll be able to see San Salvador, Lake Ilopango and some of the mammoth volcanoes of San Vicente. The site got its name from the Spanish who opposed indigenous religious practices and sought to convert the local population to Catholicism.

Check out The Best Beaches of El Salvador 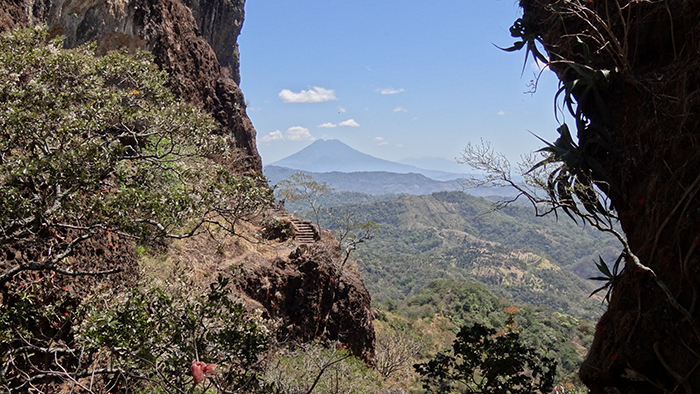 From here, beautiful sunsets can be seen and there’s a delicious pupusería conveniently located at the base of the mountain. Additionally, this is a great area to try out zip lining and rock climbing. While the main rock climbing route up is for advanced climbers, there are plenty of alternate routes for those less experienced adventurous souls. The best time to visit is during the week to avoid crowds and in the evening so that you can watch the sunset. There are buses running from downtown San Salvador that frequent the area. Of all the things to see and do in San Salvador, El Salvador this was my favorite! 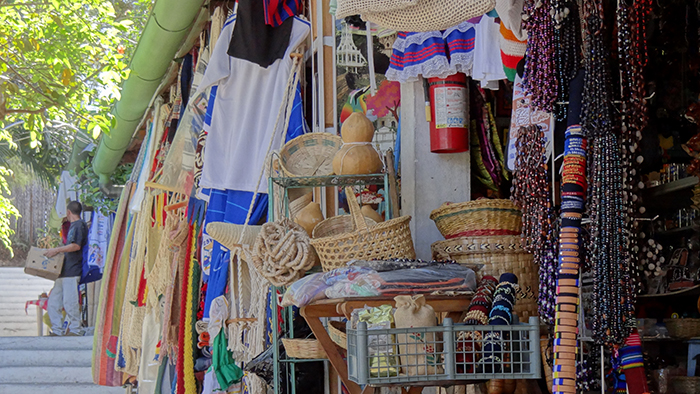 Mercado Nacional de Artesanías is a great place for shoppers wanting to bring back some traditional Salvadoran goods to their loved ones. This market is a good place to get everything from black pottery to beautiful wooden creations. Just be sure to bring your haggling game face and don’t be afraid to look around before buying. Quality can vary and it’s a good place to test your bargaining skills! 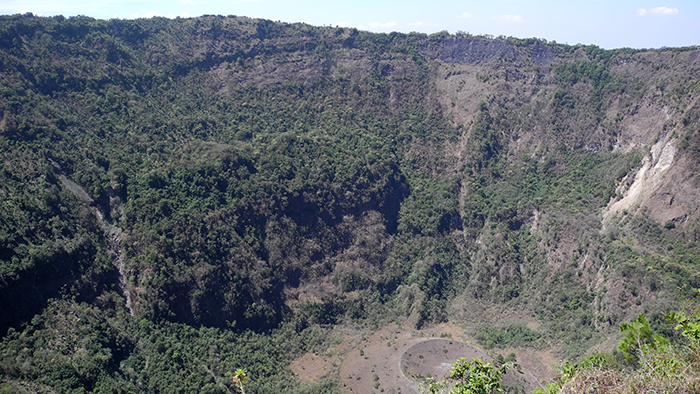 El Boquerón is a volcanic crater that is located in Parque Nacional El Boquerón. Visitors can hike a short distance up the side of the crater to get a full view of its glory. At five kilometers in diameter and 558 meters in depth, the crater itself is famous for its remarkable size. You will also get to see El Boqueróncito, a second smaller crater within the main crater. The park itself is home to diverse wildlife and fauna. The entrance fee for the park is $1. 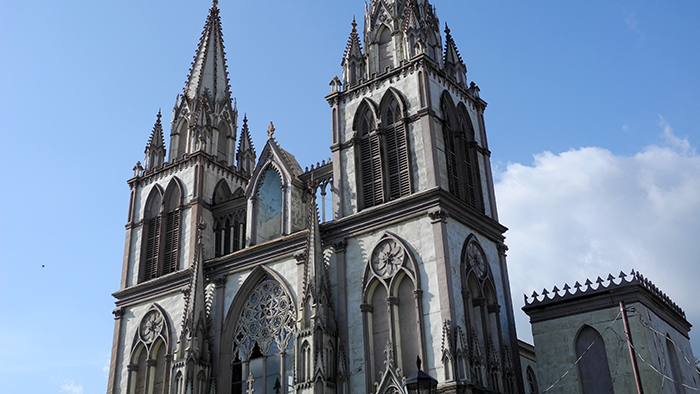 Santa Tecla is technically a separate city from San Salvador, but their close proximity to one another causes them to frequently being tied together. Many tourists pass through here on their way to see El Boquerón. The city is easily navigated on foot and highly monitored by police patrol, making it a hotspot for tourists. Paseo el Carmen, located in the downtown district, is the city’s main attraction. At night, it forms the center of Santa Tecla’s nightlife, with nightclubs, art galleries, pubs and restaurants lining the street.

Check out The Best Mayan Ruins in El Salvador 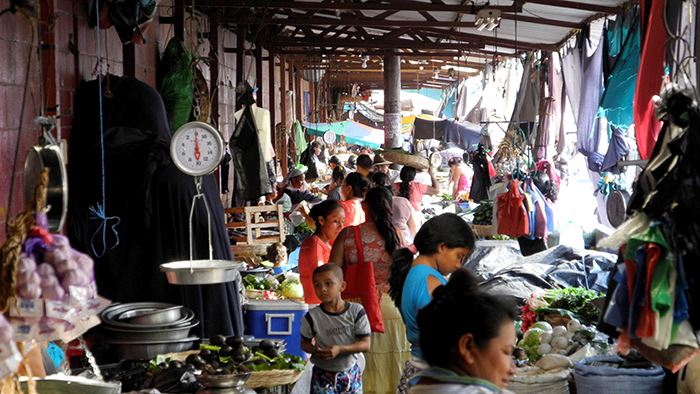 Some popular venues include Jaggers, El Quijote and Yemaya. By day, Paseo el Carmen is a family friendly place that’s great for lunch, a quick beer or a stroll. One the weekends, street vendors line the streets selling local specialties and desserts. Mercado Municipal de Antiguo Cuscatlán is an excellent market centrally located in Santa Tecla in Urbanización Jardines De La Hacienda. Here tourists can find everything from local fresh fruits stacked high to shoe repair. For those travelers with a strong stomach, this is a good place to buy cheap street meals. Just keep in mind that earlier in the day is better for street food since there are no refrigeration systems. 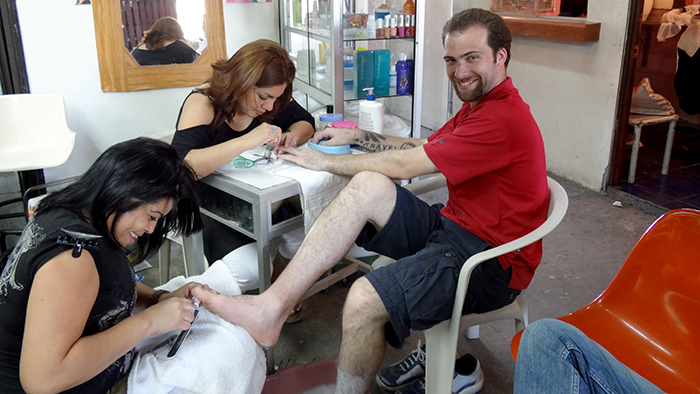 Did you enjoy our article of things to see and do in San Salvador, El Salvador? Leave us a question or comment below!