Ourense is a distinguished city with an elegant old town, but the real beauty of it is its proximity to other nearby, rural towns like Allariz, Verín and Ribadavia. Check out these easy day trips from Ourense.

Also check out our Ourense city guide: What to See and Eat in Ourense 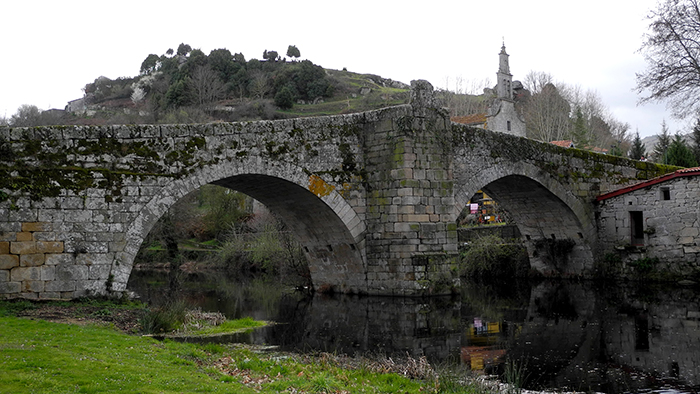 Allariz is a rural town located 15 miles (24 km) south of Ourense along the A-52 highway. For those who can appreciate a slower pace of life, Allariz is the perfect way to spend a couple of hours while on a day trip in the area.

Perched along the Arnoia River on a hillside, Allariz was declared a Historic-Artistic site thanks to its historical quarter, which dates back to the medieval period. Gothic, Romanesque and Baroque influences can be found throughout Allariz, but the historical quarter is especially charming with its cobblestone streets. 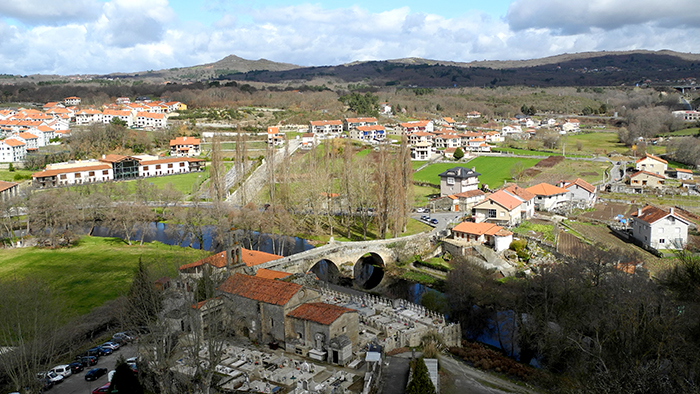 King Alfonso VII, who became king of Galicia in 1111, declared Allariz a Royal Village, which secured its development and fortification. Remains of the royal castle and protective wall can still be seen today. Once construction finished in the 15th century, the expansive wall was measured at 3,600 feet long, 36 feet high and almost seven feet thick.

The area known as Campo de la Barreira is also worthy of a stroll. It contains the 13th century Santa Clara Royal Monastery and the San Benito Church. The monastery houses a sacred art museum that contains books, sculptures, textiles and religious items from the 13th through 19th centuries. The museum is open 7 days a week and admission is free. 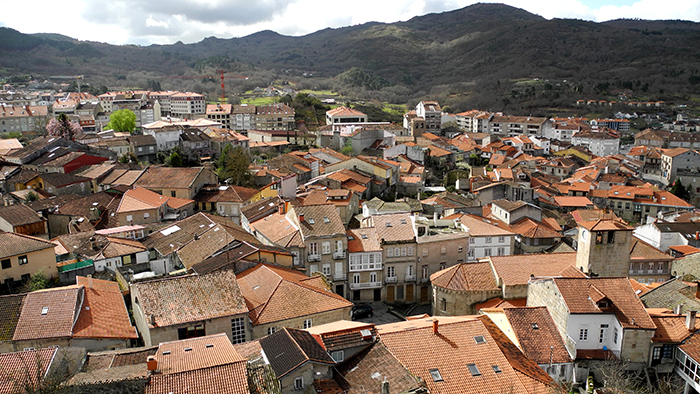 Heading north along the river on the pedestrian walkway Paseo de Alameda will bring you to O Arnado Park, where rows of chestnut trees and a sprawling green lawn flank the Vilanova Bridge, one of the town’s main attractions. The bridge makes for a picturesque backdrop for a picnic on the grass or a summertime dip in the river. Allariz can easily be explored on foot in less than a day. 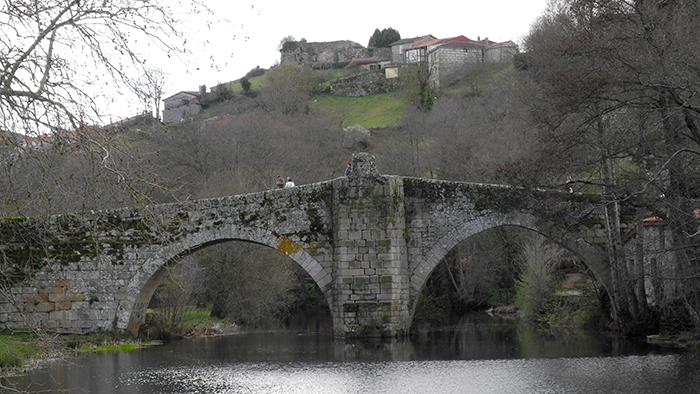 Every year the Galician Pie Festival takes place in Allariz during the last weekend of August. Numerous varieties of empanadas, or pies, are available to taste. The event, which originated in 1971, also features concerts, open-air dances and sporting events. 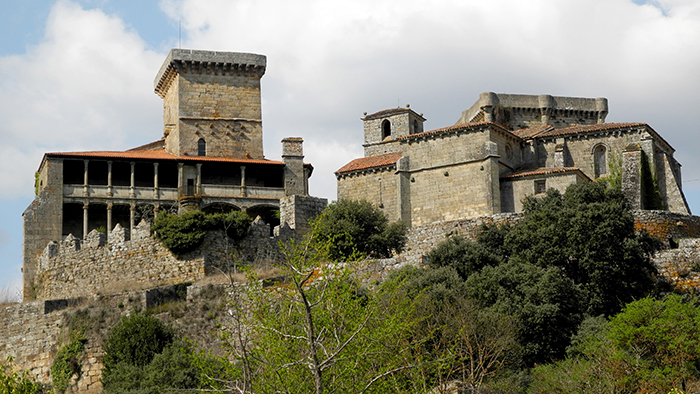 Unlike other towns in Galicia, Verín does not have a captivating historical center or scenic parks. It is a small community of about 14,500 people that features several cafés and tapas bars. Like Ourense, Verín is known for its mineral-rich water, so it comes as no surprise that three of Galicia’s major water bottling plants, Cabreiroa, Sousas and Fontenova, are located here. But the water isn’t the main attraction; it is indeed Castillo de Monterrei. This 15th century castle, located about 2 km from the town center, towers over the landscape. It was part of a fortification system that once protected Verín from military skirmishes with neighboring Portugal. It also served as the seat of the Ulloa, Zúñiga, Viedma, Fonseca, Acevedo and Dukes of Alba noble lineages. 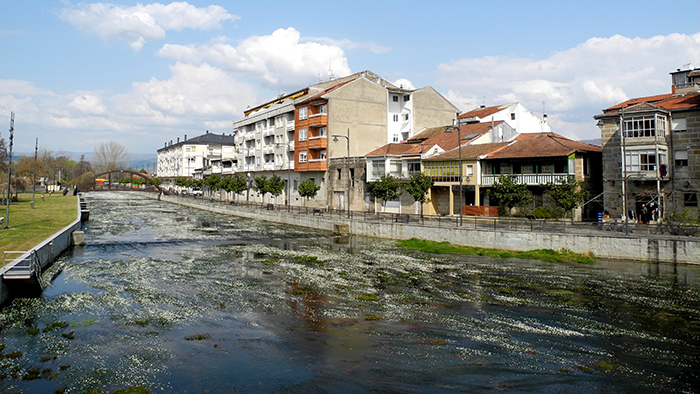 Throughout the centuries, the castle endured many structural changes, additions and expansions. Between the 15th and 17th centuries, Monterrei counts added to the castle the Torre del Homenaje, the Santa Maria Church and the pilgrims hospital. It is believed that some of the oldest texts in the Galician language were printed here on a Gutenberg Printing Press. Today, the fortified complex known as Castillo of Monterrei is in surprisingly good condition. It is one of Galicia’s most significant historical sites because of its political, cultural and religious ties. Certain sections of the castle, like the towers, interior courtyard and the Santa Maria Church, are open to the public. It is closed on Mondays and Tuesdays. 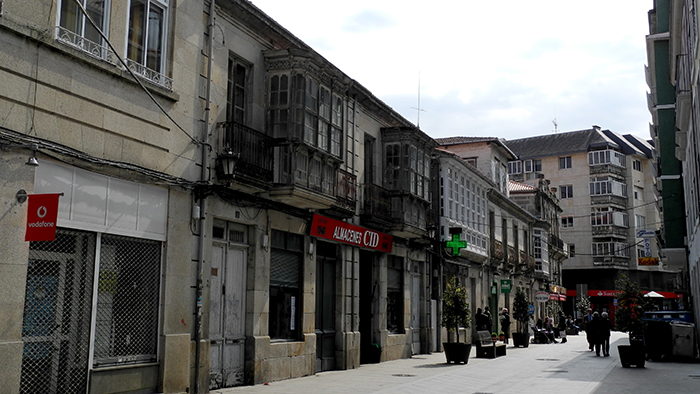 For those who want to stay longer, the Parador de Verín is located next to the castle. Paradors are government-owned luxury hotels found throughout Spain. They are typically situated within renovated historical buildings such as castles. Visit www.parador.es for a complete list of paradors and more information on each. 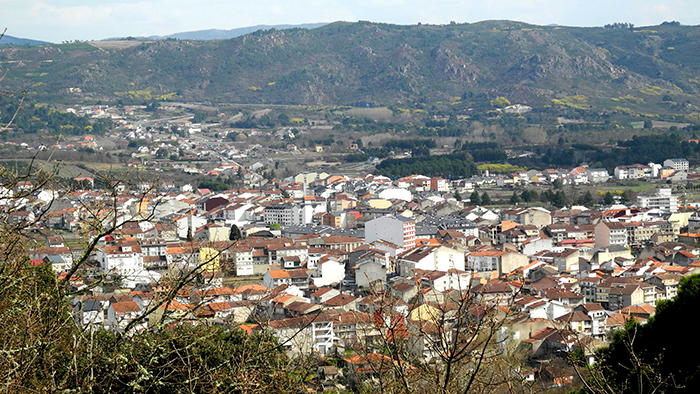 The castle is not the only thing of interest in Verín. Monterrei happens to be one of the five principle wine producing regions of Galicia. Its microclimate lends itself to complex aromas and flavors found in such whites like the Godello, Doña Blanca and Loureira varieties. If you do not want to venture too far for a taste of local Monterrei wine, make your way to Bodegas Gargalo, a winery owned by Roberto Verino. Bodegas Gargalo is located less than a five-minute drive from the center of Verín. 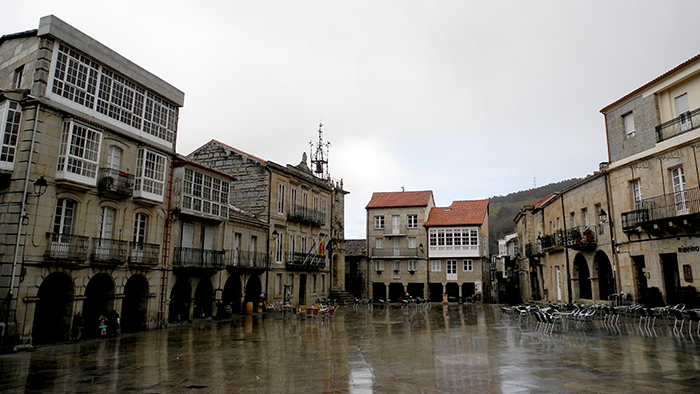 The charismatic town of Ribadavia is the unofficial capital of the Ribeiro wine region, and just a half-hour drive from Ourense. It is famous for not only its wine production, but for its medieval character and several religious buildings. Like Allariz, Ribadavia was declared a Historic-Artistic site for its striking architecture, pursuits in art and continued efforts in historical preservation. The area where Ribadavia lies has been inhabited by many societies including the Celts and ancient Romans. The town sits among a verdant, fertile landscape of vineyards and canyons, and is intercepted by the Rivers Miño and Avia. 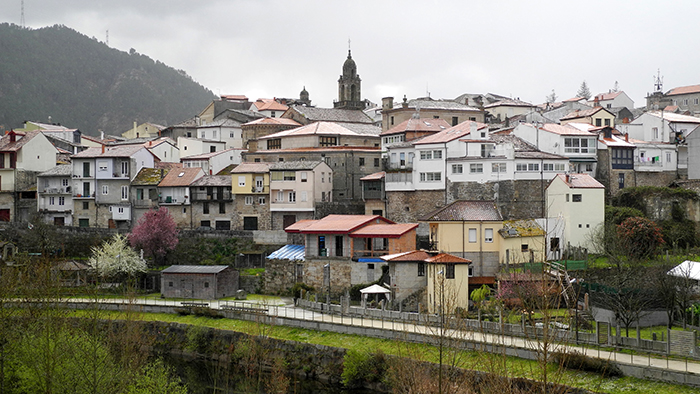 Ribadavia has plenty to see and do. Visitors should begin their day here by paying a visit to the tourism office located in the Plaza Mayor. As with most Spanish towns, the Plaza Mayor of Ribadavia is the heart of the community, and this one so happens to be quite stunning. Nearby points of interest include the 9th century castle, 12th century city walls, 16th century Franciscan Convent of St. Anthony, 13th century Saint Lazarus Chapel and the Santo Domingo Church. Ribadavia once had a sizeable Jewish community, and the Jewish Quarter, or Juderia, can still be visited today. 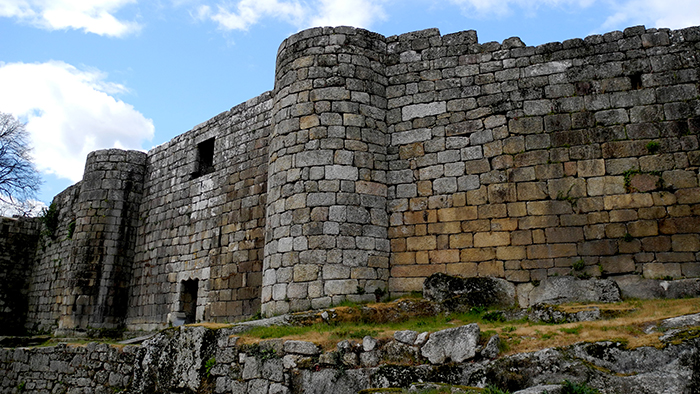 Ribadavia has traditionally enjoyed great prosperity and affluence throughout the centuries, mainly due to its booming wine industry. Ribeiro wine was a precious commodity during the Middle Ages, being traded all over the Iberian Peninsula. It was also exported to other nations such as Italy, Germany and England and sold to the transient pilgrims on their way to Santiago de Compostela. The winemaking traditions of the past have forged on into the present and now Ribeiro wines are notoriously high in quality. Bodegas in the area include Casal de Armán (see Restaurants section). For a full list visit www.do-ribeiro.com. 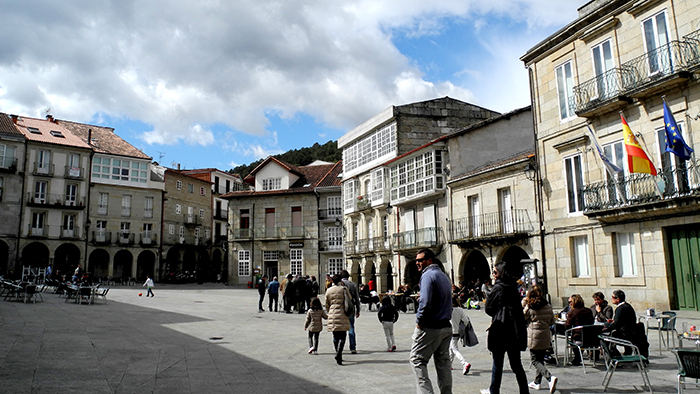 Tours of the castle and other attractions in the old town must be arranged through the tourism office (+34988471275 / www.ribadavia.com). Ribadavia is located 18 miles (29 km) west of Ourense.

Have you been to Galicia or to any of these day trips from Ourense? We would love to hear from you! Leave us a question or comment below!