Greece is without any doubt the land with the most fascinating archaeological sites in Europe and a destination where you have the precious chance to connect with ancient civilizations. These sites are basically cradles of humanity and they tell stories about how it all began.

Greece is home to more than 100 absolutely spectacular archaeological sites, and some of them are situated on its amazing islands. Almost every Greek island houses trails of prehistoric and ancient history, ruins that complete the fascinating history of Greece. Here are our top 10 ancient Greek sites on Greek islands: 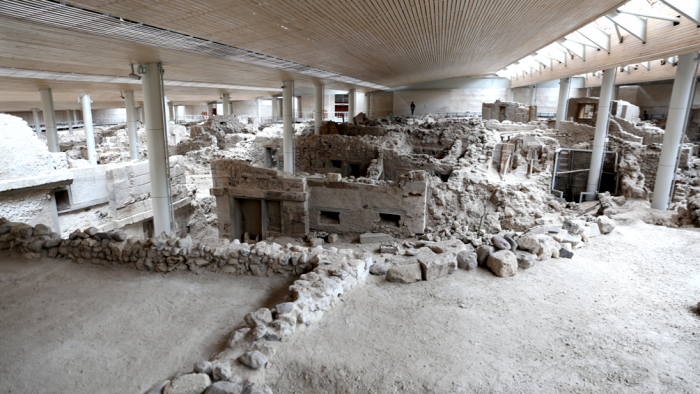 Akrotiri is a prehistoric Cycladic village and was most likely a Minoan colony. The village reached its end in 1500 BC due to a volcanic eruption and what’s left of it now are some beautiful wall paintings which are to be found in the National Archeology Museum in Athens, and structures similar to those found in Herculaneum, such as two and three-storey buildings, shops, workshops and public squares, vases and utensils. S 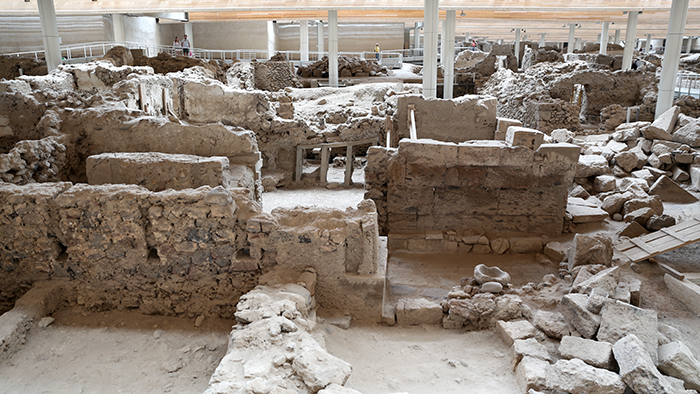 ince there weren’t any human remains or jewelry found, it seems the inhabitants managed to take refuge before the eruption.

Check out Ten Things to See and Do in Santorini, Greece 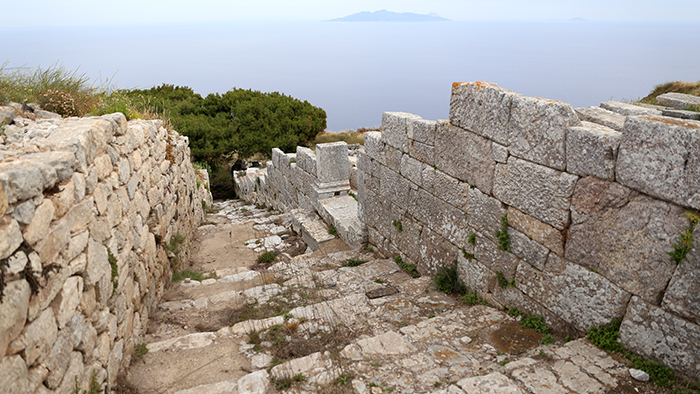 Thera was a Doric town that reached its peak under the Ptolemaic dynasty, who ruled Egypt during the 3rd and 2nd centuries. The town was used as naval base in the Aegean Sea, and was divided by a Sacred Way, which led to the Temple of Apollo Karneios. The site consists of houses, baths, theaters, and tombs. The houses are decorated with beautiful mosaics and have plumbing systems. 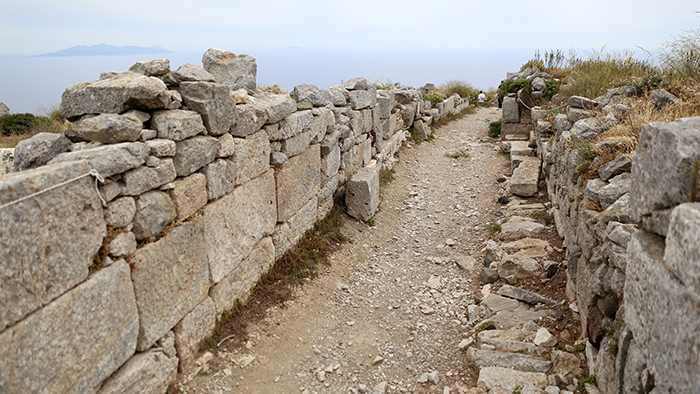 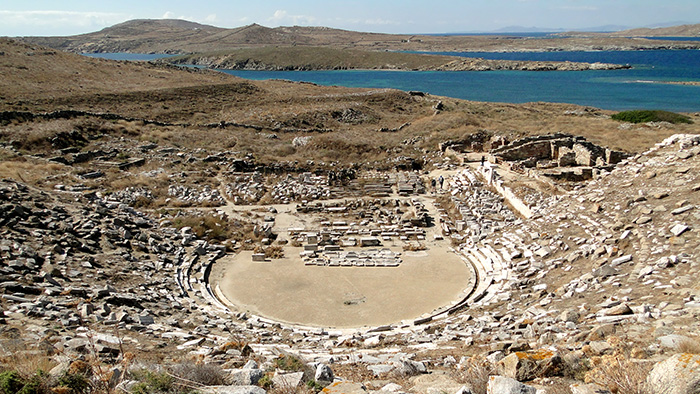 Mykonos itself is an open-air ancient archaeological site, an island where monuments and ruins can be found at every step. Delos is a small islet situated a few miles away from Mykonos. Most of the ancient history of Delos relates to the worship of Apollo and Artemis, this city being their birth place. The island was the religious and political center of the Aegean, and the scene where the “Delian” religious festivals were held in the honor of Apollo. It was home to a very important oracle and many fabulous temples. 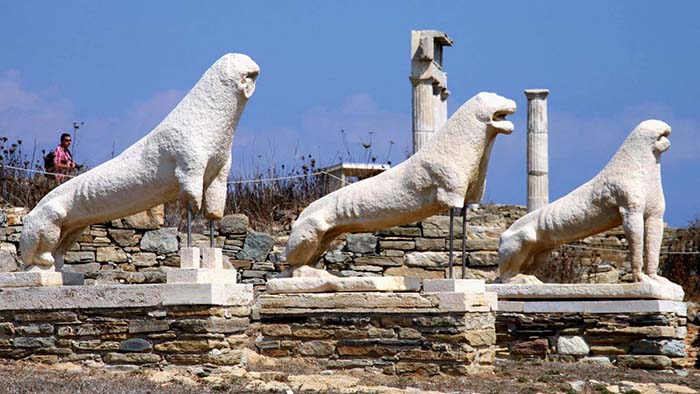 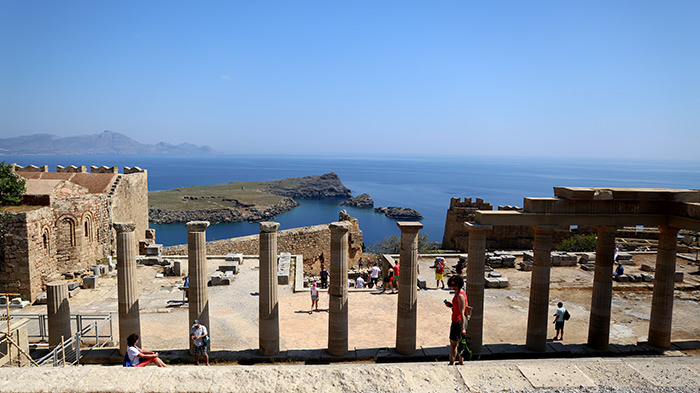 Lindos was the most important town on the island of Rhodes from about 2000 BC to 407 BC. Today, the city of Lindos is famous mostly for its fabulous Acropolis that houses a 5th century BC Propylaea and the sanctuary of Lindian Atena, home to the 4th century BC amphiprotylon temple situated on the edge of a cliff and flanked by Doric columns. 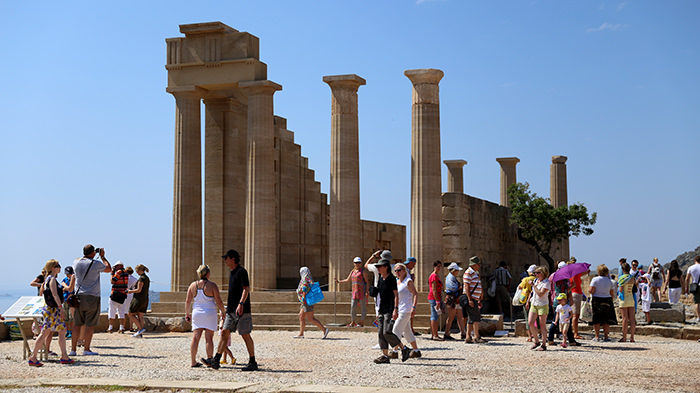 However, the archaeological site of Lindos includes many other ancient structures situated outside the Acropolis, such as a theater, Boukopion (place of sacrifice), tombs and churches dating from various periods. 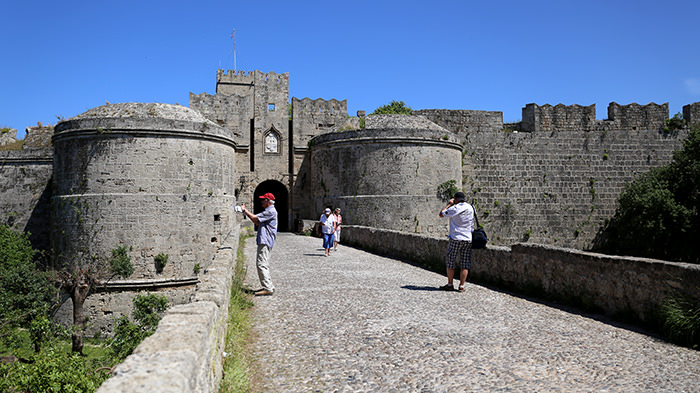 The Acropolis of Rhodes is situated on the top of Mt. Smith, west side of Rhodes Town. It was built on three levels like an amphitheater and dates back to the Hellenistic times.

Check out 15 Things to See and Do in Rhodes Island, Greece

The acropolis wasn’t fortified and was rich in various buildings and structures. 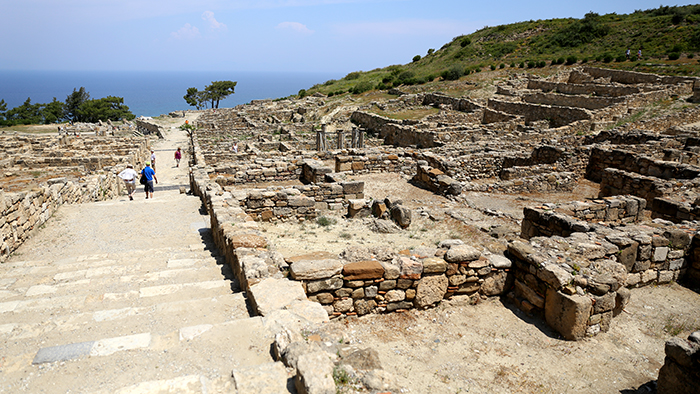 The ancient town of Kamiros was destroyed twice by earthquakes, in 226 BC and 142 BC. The main ruins you can visit today date back to the Hellenistic period. During those times, Kamiros was built on three levels and was home to an agora, a Doric fountain house, a stoa (covered walkway) and a reservoir. 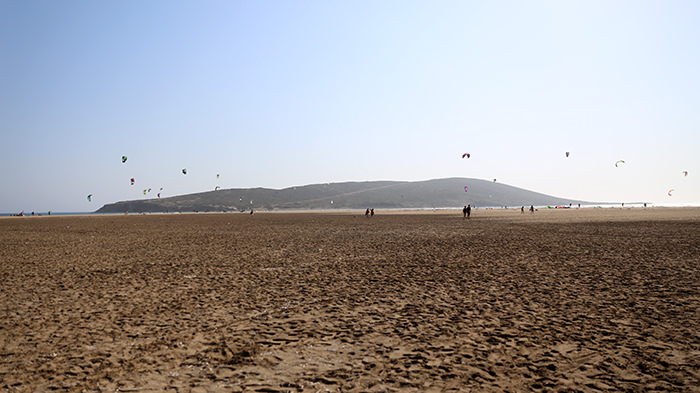 Today you can admire a 3rd century BC sanctuary that houses the remains of a Doric temple, the ruins of a temple dedicated to Athena, the agora and other interesting structures. The site offers fabulous views across the sea all the way to the coast of Turkey. 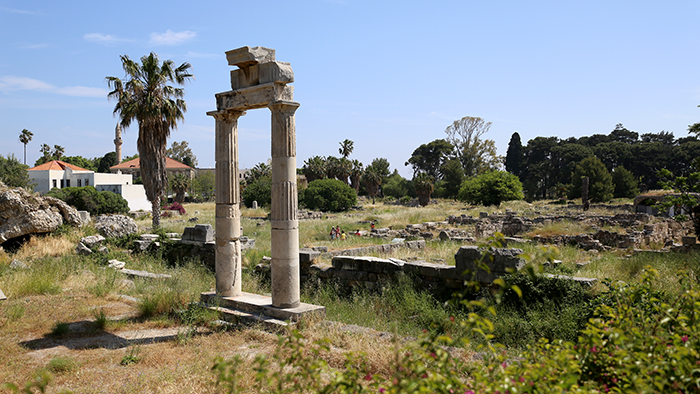 The ancient Agora in Kos is home to numerous temples, baths, columns and houses, so this “ancient market” is more than just a marketplace. Its ruins date from between the 4th century BC to the 6th century AD, the most remarkable ones being the Temple of Hercules, a shrine dedicated to Aphrodite and a Christian basilica, which dates from the 5th century AD. 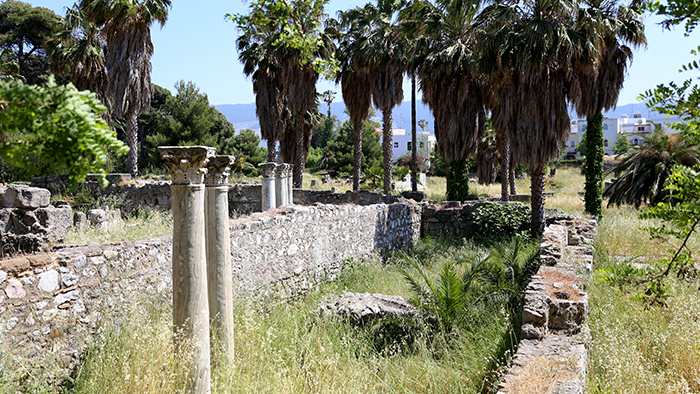 You can also admire the columns of a stoa that dates back to the 3rd century BC, dwellings that have kept some of their original mosaic floors, and a statue of Hippocrates. 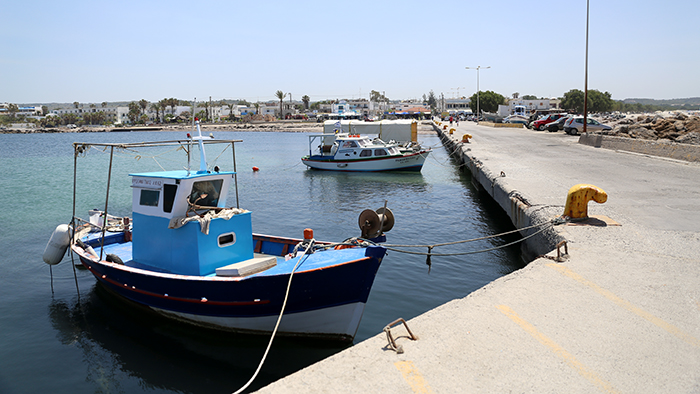 Asklepieion is the ancient name given by Greeks to a healing center. The Asklepieion of Kos is situated 4 km from the city center, beyond the Platani village.

Check out Top Things to See and Do in Kos Island, Greece

The site dates back to the 3rd century BC and was dedicated to the god of health and medicine, Asklepios. Visitors will have a chance to admire three terraces. 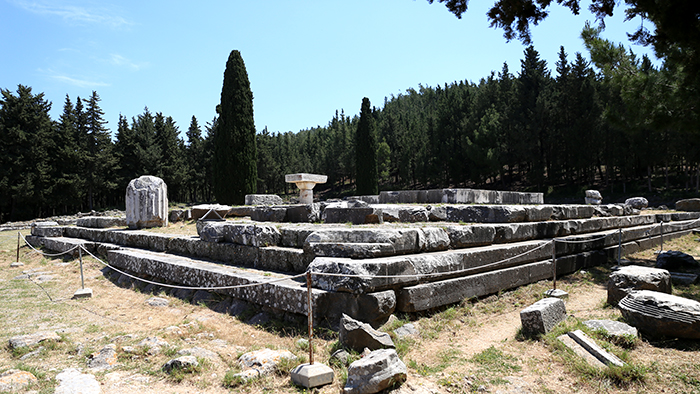 The terrace enclosed by a portico is believed to have housed a medical school, another terrace has the ruins of a 4th century BC altar and the remains of a 2nd century BC Ionic Temple of Apollo, while the third terrace is home the remains of a 2nd century BC Doric Temple of Asklepios. The site also houses a 3rd century AD complex of Roman baths and a Christian church dedicated to Panagia Tarsou. The location of this site offers beautiful views of Kos Town and its suburbs. 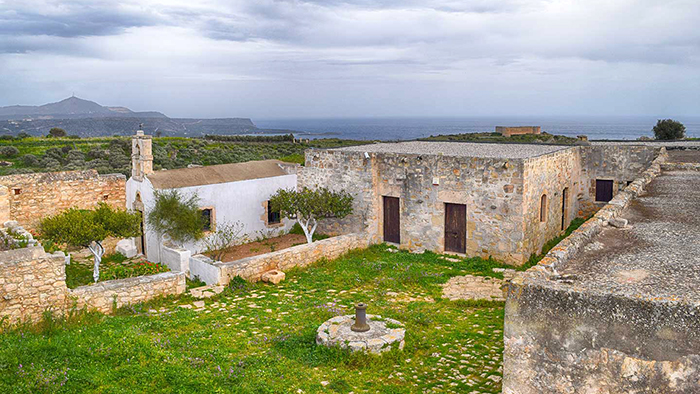 The ancient site of Aptera is mostly known due to the presence of some well-preserved Roman cisterns that were used to provide water for the city baths. However, the site is home to numerous interesting Greek-Roman ruins such as villas, an ancient theater, Roman baths and a small temple that was probably dedicated to the goddess Demeter. 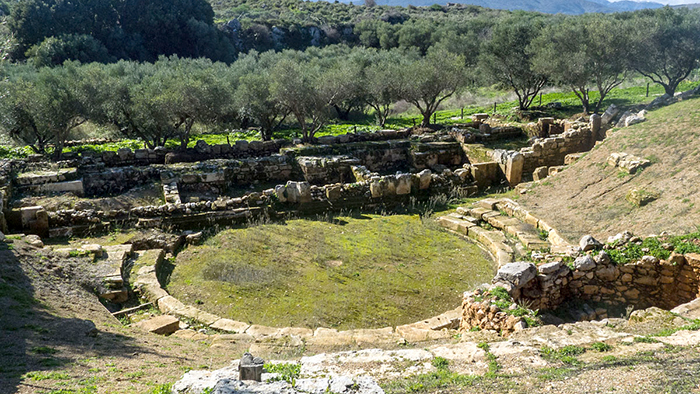 The city was founded in the 7th century BC and became one of the most important cities in Crete. It was abandoned in 823 AD. Many of the artifacts found here are exhibited inside a museum housed by a 12th century monastery. In the area, you can also see a 19th century Turkish castle. 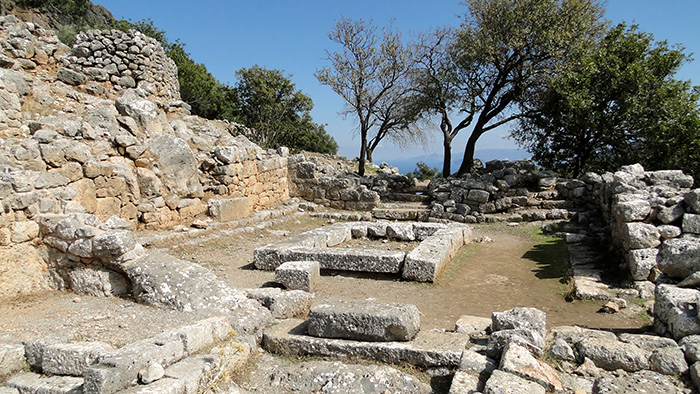 Lato was built on two high hills and was one of the most important Doric city-states on the island of Crete. Its name derives from the name of Leto, the mother of Apollo and Artemis, although the main deity worshiped here was Eileithyia. 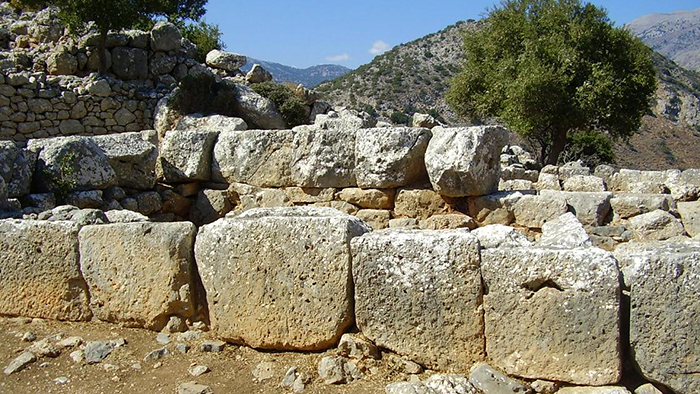 The city flourished during the Hellenistic era and most of the remains you can visit today date back to those times.

Check out 11 Greek Islands You Should Visit

It houses well-preserved dwellings, temples, cisterns, a theater and an agora. Due to its location, the views are absolutely spectacular. 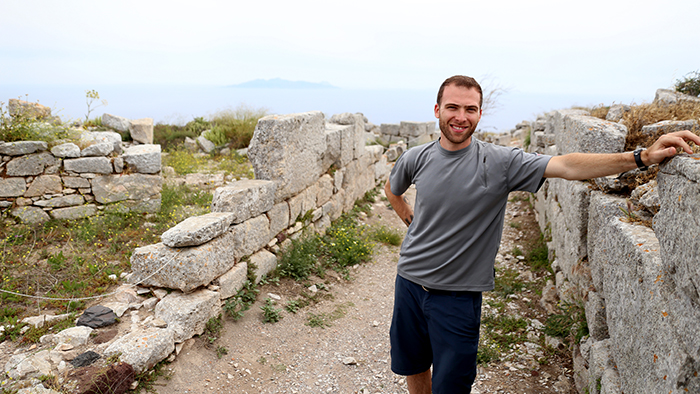 Did you enjoy reading 10 ancient greek sites on Greek Islands? Leave us a comment below with your thoughts!