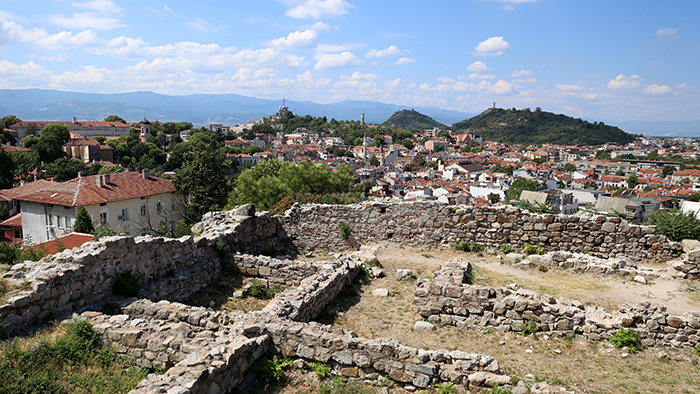 As one of Europe’s oldest inhabited nations, it no wonder why there incredible ruins and ancient sites in Bulgaria to visit. These ancient sites of Bulgaria are comprised mostly of Thracian, Roman, and Byzantine ruins, each possessing its own unique story and historical intrigue. We had the opportunity to visit several of Bulgaria’s ancient sites and ruins. These are among the most impressive ruins of the country.

The lands of Bulgaria, particularly the caves situated near Pleven and the Balkan Mountains, have been inhabited since the Upper Paleolithic period, around 40,000 BC. The first permanent settlers arrived here around 6,000 B.C. and started to live in caves such as the ones of Yagodina, situated in the southern Rodopi Mountains. Their “construction techniques” advanced later on, because around 5,000 B.C., the inhabitants of Bulgaria moved into mud huts. 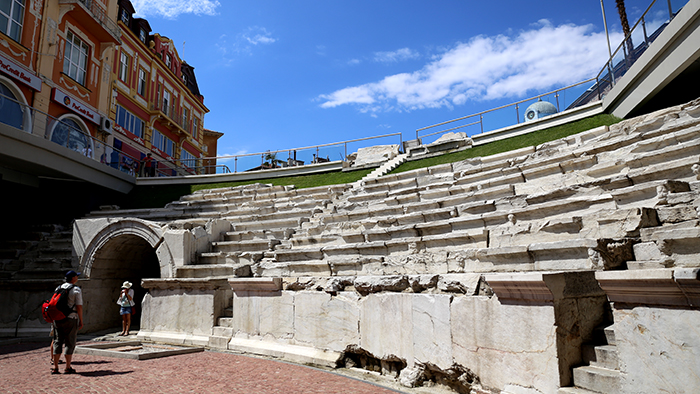 Around 5,000 B.C., the Thracians settled along the Black Sea coast, in the region situated near Burgas and in Mesembria, known today as Nessebar. However, some of the most interesting Thracian remains are to be found on Nebet Tepe, in Plovdiv, where they built the fortress of Eumolpias in about 5,000 B.C.

Gradually the Thracians spread into the territory and built settlements, now situated in the modern towns of Stara Zagora, Sandanski, and Bansko, just to name a few. Underneath these modern towns lie several uncovered ancient sites. Of the Thracian ruins that have been excavated in Bulgaria, here are the most popular ones to visit: 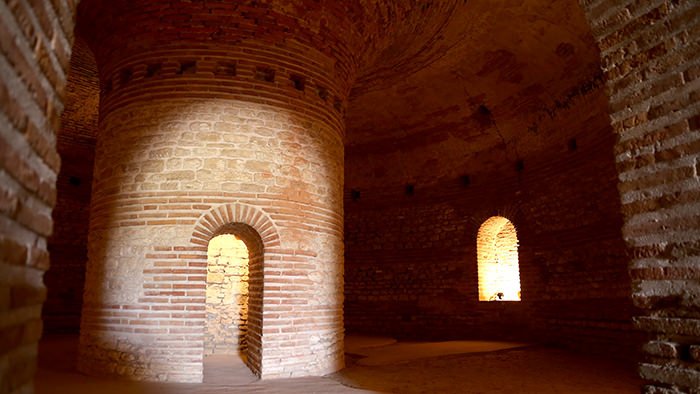 The Beehive tomb is one of the most impressive ancient sites in Bulgaria. It is situated close to the road from Burgas. It is believed to have been a mausoleum for the wealthy Anhialo family. The tomb dates back to the 2nd or 3rd century A.D. and was the scene for many pagan rituals. It was built from stone and bricks, and has been carefully restored to allow visitors to enter safely. Archaeologists believe that the walls of Pomorie’s Beehive Tomb were covered with murals, but unfortunately we cannot know since they did not survive. 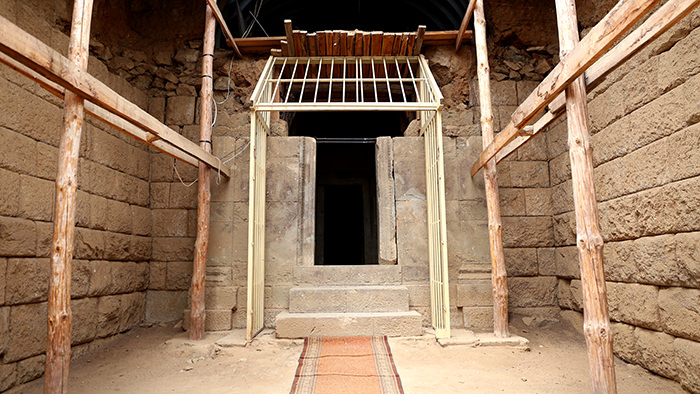 Starosel is an ancient Thracian site, and perfect day trip from Plovdiv. Starosel dates back over 2,500 years, which makes it one of the oldest royal tombs discovered in Bulgaria. There are six temples in the complex, of which only two are open to the public (Chetinyova Mogila and Horizon Temple). WATCH VIDEO 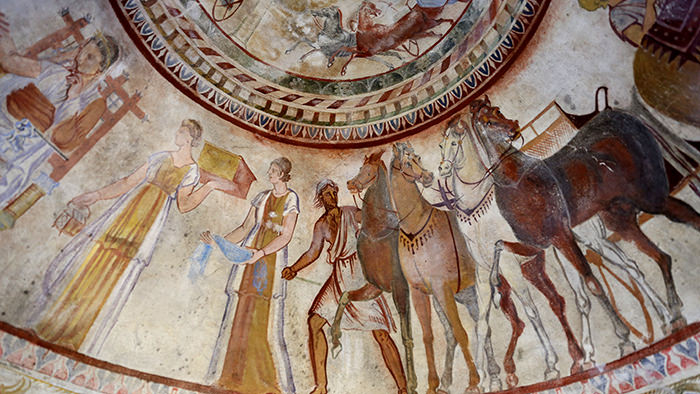 Kazanlak is a UNESCO World Heritage Site just 35 minutes outside of Stara Zagora. Its vaulted brickwork and brightly painted mural make it one of Bulgaria’s most illustrious ancient sites. Unfortunately, it is not possible to visit the original tomb without prior written permission from the Bulgarian Ministry of Culture. It is possible, however, to visit an exact replica of the tomb situated just steps away. WATCH VIDEO

Bulgaria is also home to some spectacular ancient Roman ruins that have managed to stand the test of time, always waiting for visitors who want to discover the talent and ingenuity of the Roman people.

Here are the most impressive Roman ruins in Bulgaria: 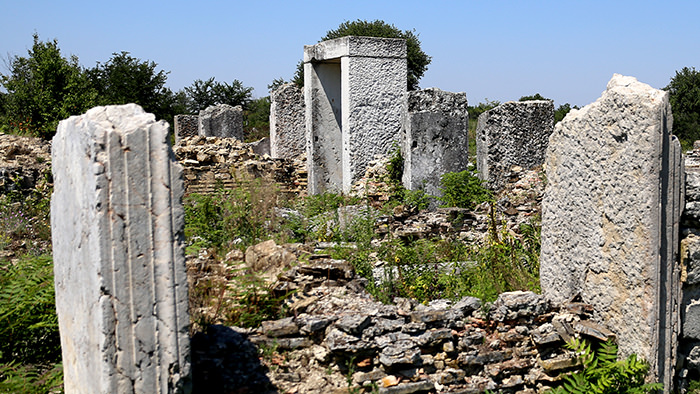 Nikopolis ad Istrum is an ancient town situated 20 km from Veliko Tarnovo, one of the country’s most picturesque cities. This Roman settlement was built between 101 and 106 A.D. by Roman Emperor Trajan as a way of honoring his victory. The name of the city literally translates to “Town of the Victory on the Danube River.” The site still contains the ruins of a network of streets, public buildings, a forum, public bath complex, odeon, and agora. An interesting fact about this city was that it minted its own coins – excavations have revealed about 1,000 types of bronze coins that had various images of the city. WATCH VIDEO 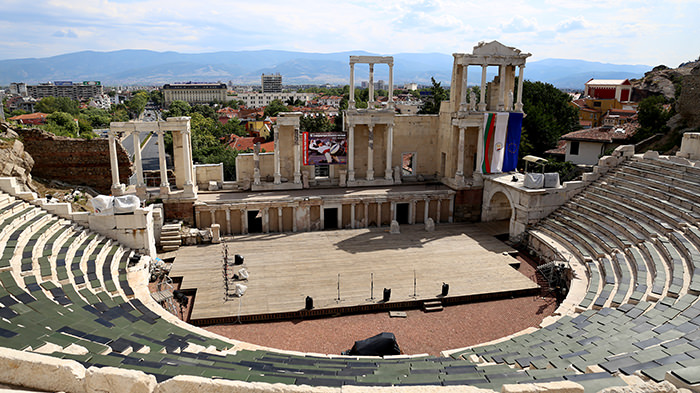 Probably the most famous Roman site in Bulgaria is the Plovdiv Amphitheatre, which lies in the heart of Plovdiv’s old town. The amphitheater dates back to the 2nd century, during the reign of Emperor Trajan, and amazes everyone who gets a chance to visit. It is also one of the best-preserved ancient theatres in the world and still used today for a variety of performances. In fact, the Plovdiv International Folklore Festival is held here every year – an event that brings in hundreds of spectators from all around Bulgaria who come to watch traditional songs and dances from other countries. 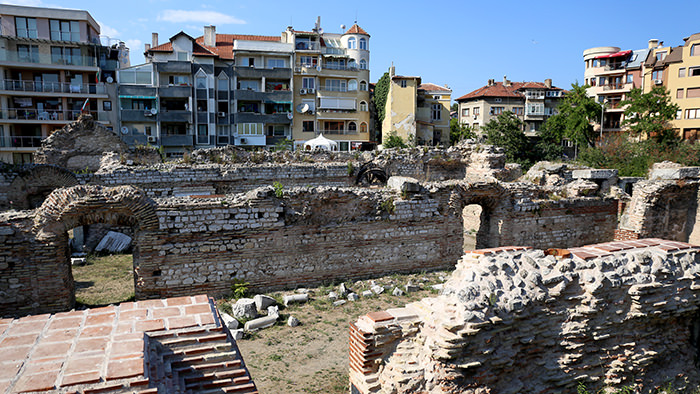 Covering a surface of 7,500 square meters, the Roman Baths in Varna are the third largest ancient Roman baths in Europe, outsized by those of Diocletian and Caracalla in Rome and the ones in Trier, Germany. Varna’s bath complex was built sometime during the 2nd century A.D., when Varna was known as Odessos. The baths were not only for bathing, but also for important business meetings and socializing. Today, the Roman baths of Varna are in ruins, but visitors still have a chance to walk through the different rooms (frigidarium, tepidarium, caldarium, and sports complex). 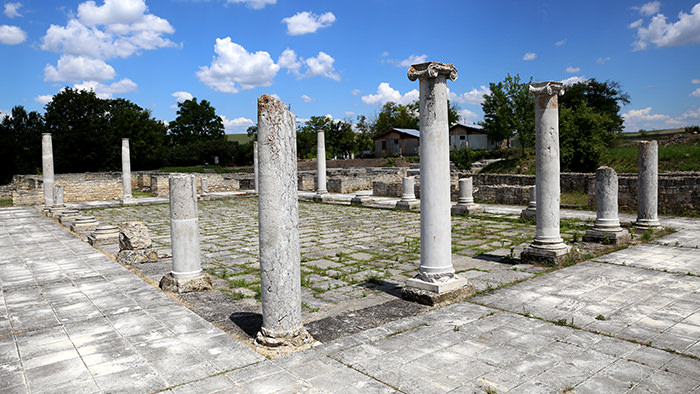 The ancient Roman military base of Abritus dates back to the 1st century A.D. Its close proximity to Ruse makes it a great day trip from there. It is now called the Abritus Archaeological Reserve. This ancient site is what remains of one of the biggest urban centers of the Roman province, Moesia Inferior. Archaeological works have uncovered gold treasure, over 70 epigraphic monuments, the remains of a large private residence belonging to a wealthy state official, and several Roman ionic columns. WATCH VIDEO 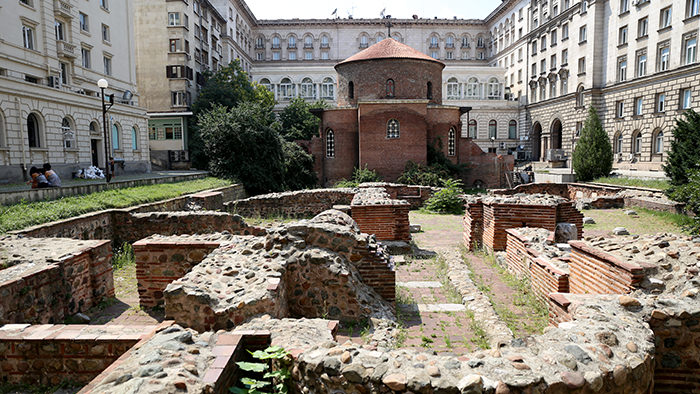 A Thracian tribe called Serdi built the foundation of the current capital of Bulgaria. The Serdi founded the settlement of Sardonopolis, which later became Serdica and today is known as simply as Sofia.Waiting for curious visitors in the courtyard of the Government Office and the Sheraton Hotel in Bulgaria’s capital, is the St. George Rotunda. It has been here since the 4th century A.D. and remains the oldest and the best-preserved Roman building in Sofia. The rotunda was initially intended to be a baptistery (designed for those who wanted to convert to Christianity), but it was transformed into a church during the reign of Emperor Justinian the Great (r. 527-565). During Ottoman occupation it was the Gyul Dzhamasi Mosque. The site was deserted in 1878, after the liberation of Bulgaria, transformed into a mausoleum after the death of Prince Alexander Battenberg (r. 1879-1886), and finally restored in 1915. Today is once again a Christian church. 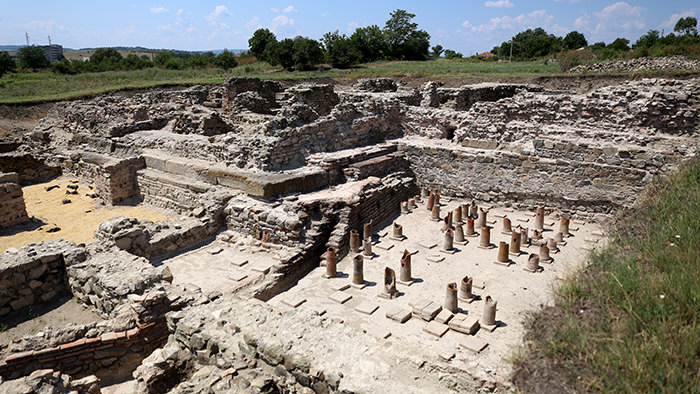 Deultum is the ancient name of the village of Debelt situated 17 km from Burgas. Deultum was a Roman colony founded during the 1st century A.D., when Emperor Vespasian ruled over the Empire, by the veterans of the 8th Augustan Legion. It was the only colony in Bulgaria where free Roman citizens lived. Deultum was declared one of Bulgaria’s Wonders in 2011, and is definitely worthy of your visit. The artifacts excavated from the site: statues, ceramics, inscriptions, coins and other objects, can be admired in the Archaeological Museum of Burgas. WATCH VIDEO 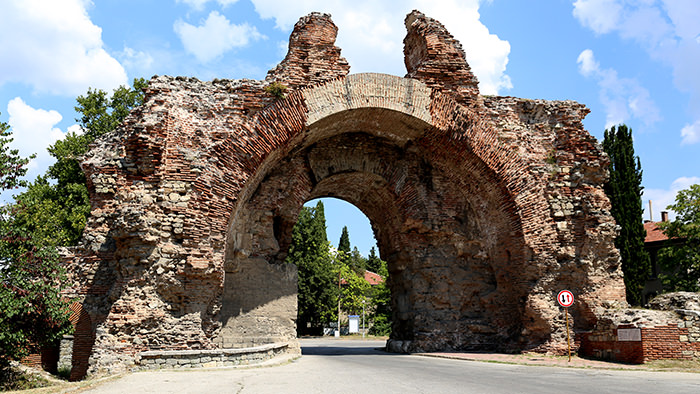 The ancient ruins of Hisarya are located just 45 minutes from the city of Plovdiv. Once known as Diocletianopolis, this ancient Roman town was built atop a preexisting Thracian settlement, and is home to some of the country’s best-preserved Roman walls and gates. Among the ruins are baths, city walls, streets, and an amphitheater. Apart from the ruins, Hisarya is known for having several spa hotels. WATCH VIDEO