Understanding a culture’s religion is usually key to understanding that culture itself. While each culture worships in its own way, one thing that all people of a certain religion can usually agree on is a holy city for that faith. In the Hindu faith, that’s the city of Varanasi in India. In fact, religion is so intertwined in Varanasi’s past that any list of the five best things to do in Varanasi that didn’t feature religion in some way would be woefully incomplete. 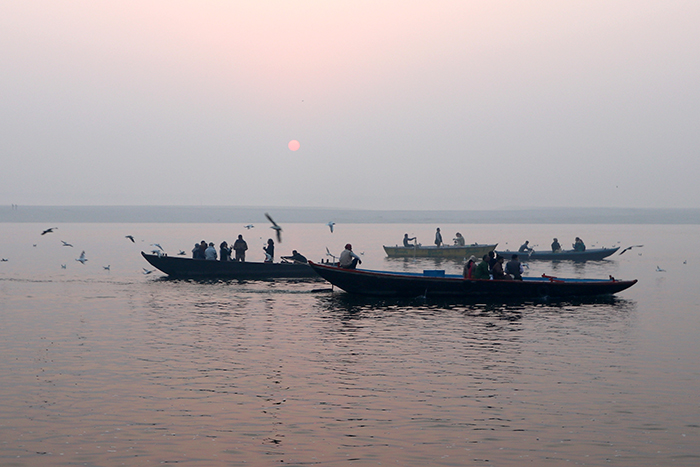 But Varanasi is much more than its situation as the holiest city in Hinduism. With the Ganges River running next to the city, it’s also a spot to explore India from the river before enjoying some outstanding local cuisine. If you’ve never experienced the culture of India before, you’re in for an unforgettable experience. Here are the things you can’t miss doing in Varanasi! 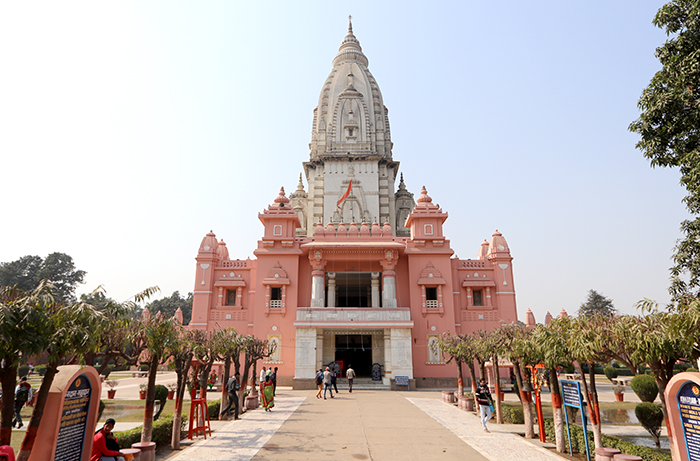 If only the old Kashi Vishwanath Temple were still standing, it would easily be the first thing on any list of the five best things to do in Varanasi. However, the old temple, which was one of the holiest in the Hindu religion, was destroyed centuries ago when India fell under Islamic rule, and a mosque was installed in its place, leaving only a few of the ruins. 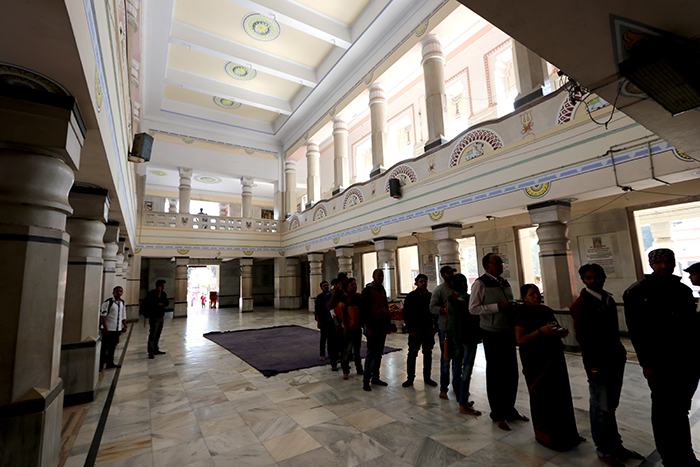 But since 1966, the New Viswanath Temple has stood, and it has since become a famous landmark in its own right. For starters, at 253 feet, it’s home to the tallest temple tower in the world. It’s also a gorgeous structure, made mostly from marble and featuring several important Hindu phrases on the wall. Like the original temple, this one is dedicated to the Hindu god Shiva, known in Hinduism as the destroyer of evil. You’ll need a good memory when coming here, because there is no photography or videos allowed inside. You’ll even have to take off your shoes when visiting this sacred place, but trust me, it’s worth it.

Check out our article Top 10 Things to See and Do in Delhi, India 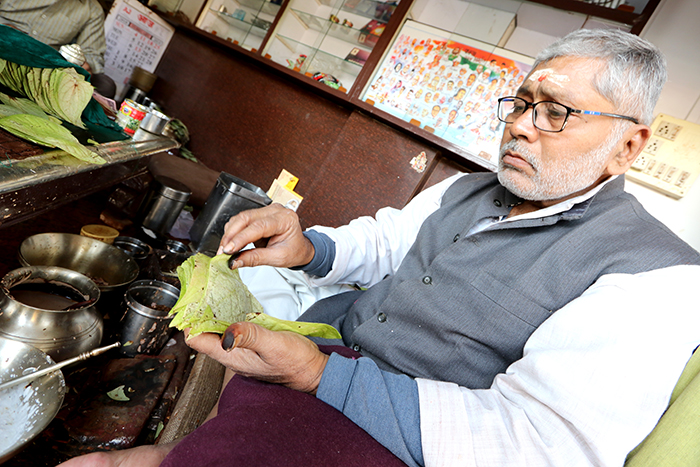 Paan is considered a delicacy in southeast Asia, but if you’ve never tried it before, there’s one thing that you need to know: Don’t swallow anything! Paan is basically areca nuts wrapped in betel leaves and then wrapped in foil, and it’s kind of similar to chewing tobacco in the United States. 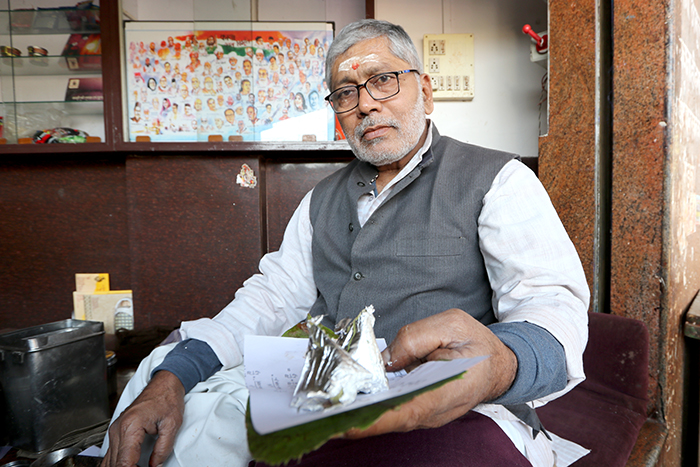 As with tobacco, the areca nuts can cause serious issues if swallowed, so what you do is chew it for a few seconds and then spit it out. The juices from chewing it gave a minty taste, while the leaves provide a lot of energy, leaving you feeling up for anything after you’ve chewed it and discarded it. If you’re feeling tired, it can be a great way to get you going again! 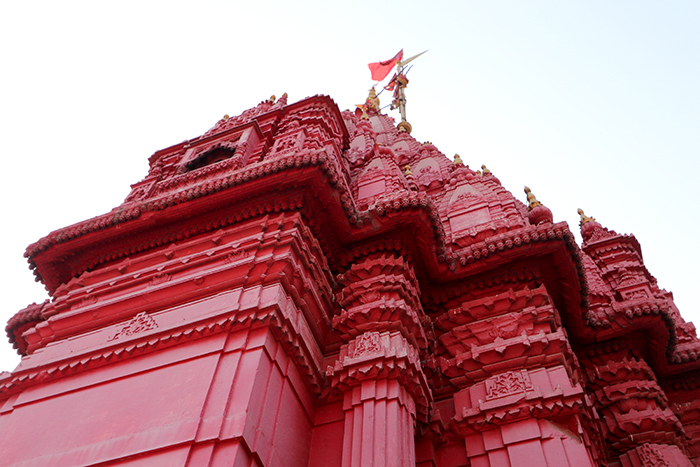 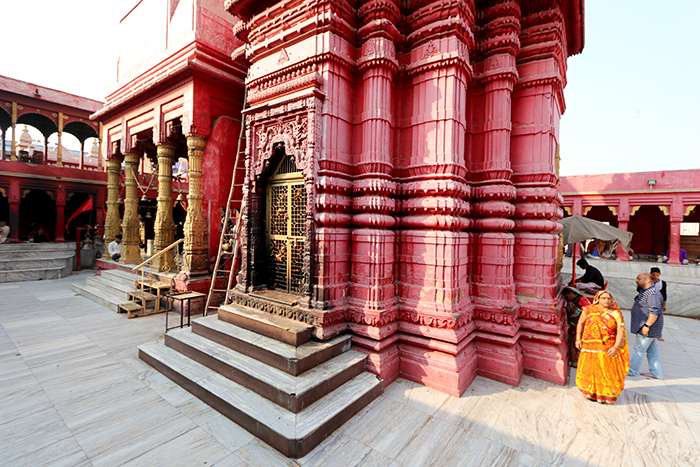 But according to the belief, the goddess Durga protected the king, who then constructed this temple in her honor. The temple still stands today, a beautiful red building that’s painted red to honor Durga’s role as the goddess of strength and power. On the inside, you’ll be able to marvel at several exquisite Hindu carvings.

Boat Ride on the Ganges 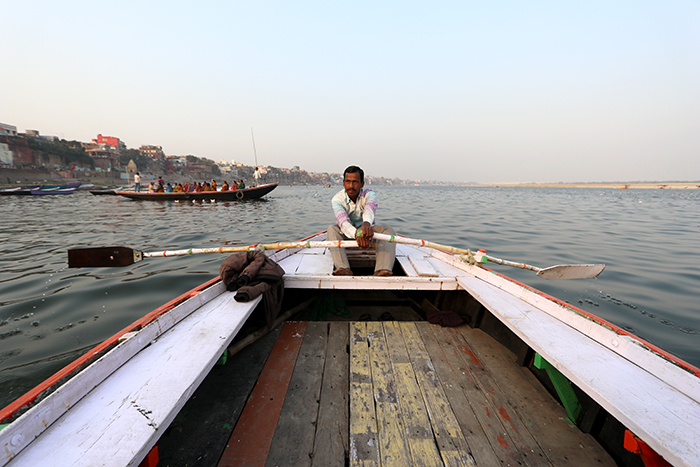 One of the best ways to see Varanasi is from the water, and when you have the chance to ride on the historic Ganges River, it’s a chance that you can’t pass up. The Ganges is considered sacred in Hinduism, and Hindus believe that a swim in the Ganges will erase one’s sins. 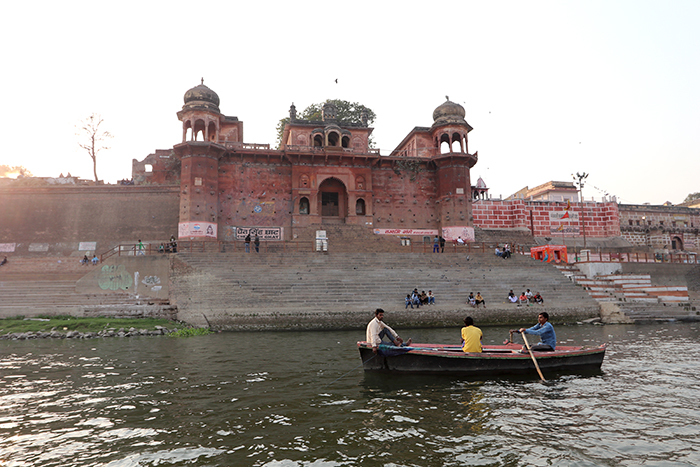 While I don’t recommend going for a swim, as the Ganges gets pretty deep, a boat ride is a wonderful way to both experience the river and see the city from a new perspective. 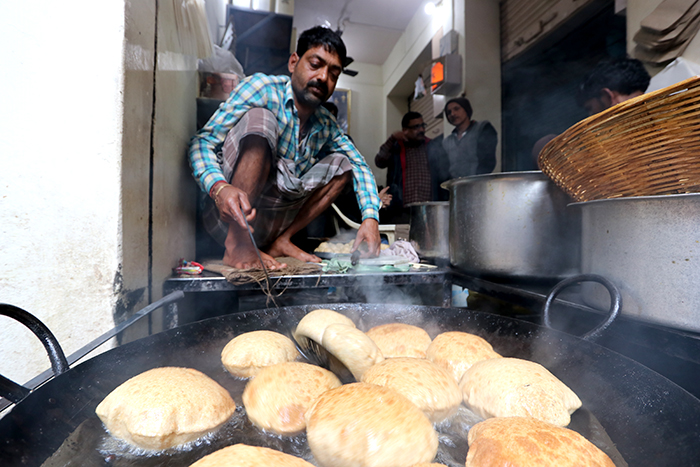 Varanasi is not exactly a car friendly city, which means street eats are common throughout the city. One of the best one is puri kachori, an Indian bread made with chickpeas that’s dipped in a curry. 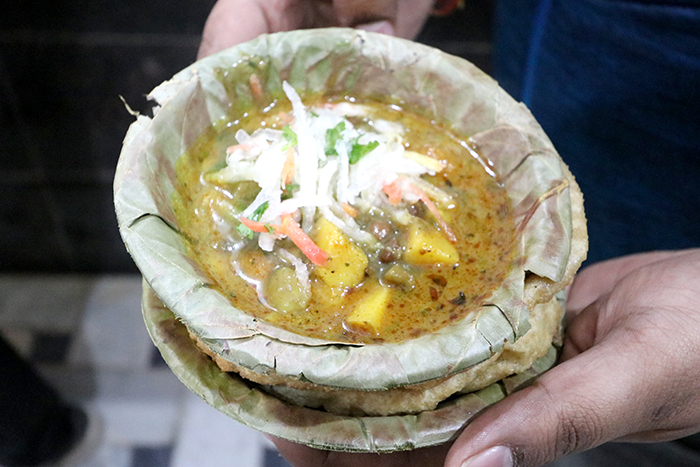 The spices from both the bread and the curry are wonderful, and the vegetables in the curry give it a fantastic flavor. To eat it, you soak the bread in the curry and let it soak up all those wonderful spices before enjoying. It’s an outstanding snack! 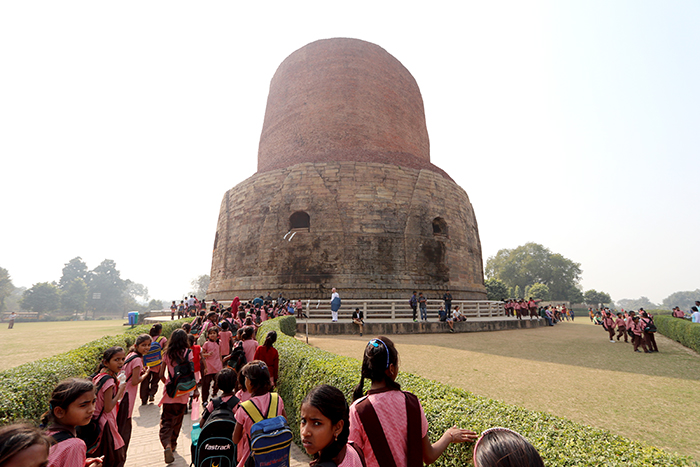 This one isn’t located in Varanasi, but it’s certainly worth the short trip from the city. Located a mere 10 kilometers northeast of Varanasi, the city of Sarnath is one of the most important sites in the Buddhist religion. It’s said that this is the place where the Buddha first passed along his teachings, making this town the unofficial birthplace of Buddhism. 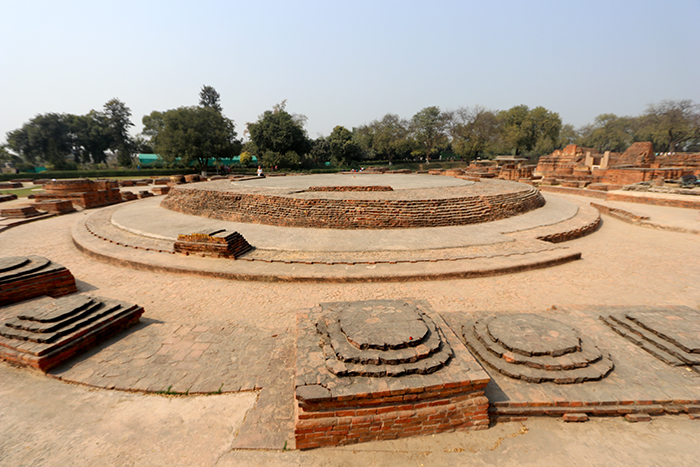 For this reason, Sarnath holds a place in Buddhism as one of the four sites that a Buddhist should make a pilgrimage to at least once during their lives. During the time of the Buddhas, they took things even further as the leaders of the religion. Not only did the Buddhas visit each of the sites that the original Buddha outlined, but the new Buddha would give his first sermon in Sarnath at the Migadaya. 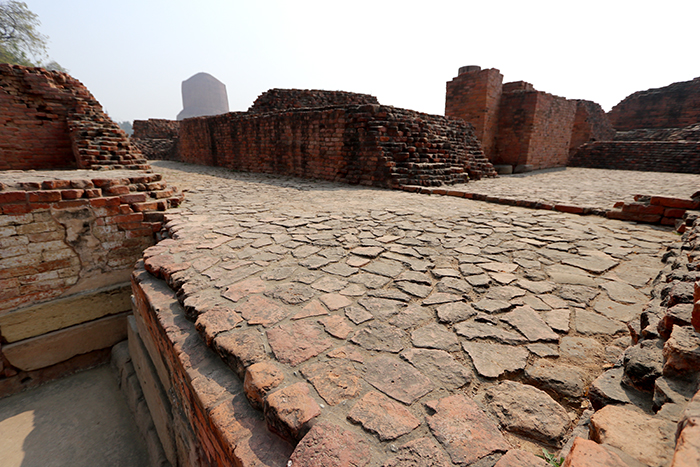 Many of the structures from their time are now gone because of the damage done by the Turks sacking the city, but Sarnath still holds plenty of history among the Buddhist ruins, including the Dhamek Stupa, which displays some of the old Buddhist monasteries and contains many of the relics of important Buddhists. 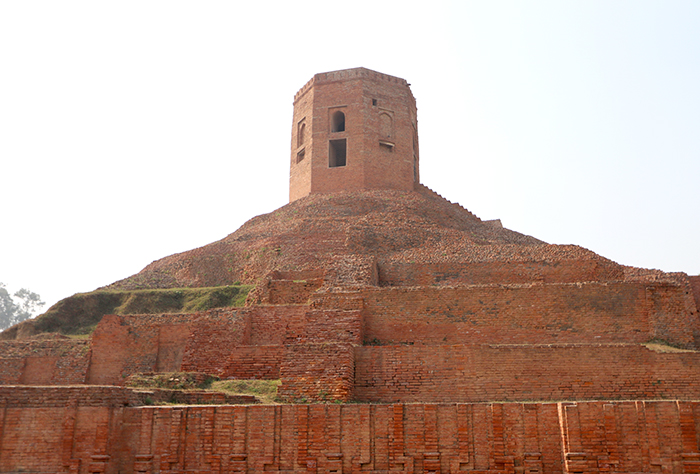 You’ll also have a chance to look the many sects of Buddhism from around Asia, as Sarnath is so important to Buddhism that most countries where Buddhism is a dominant religion have a monastery or temple that reflects their own style and their own beliefs from their native lands. A visit here is a great way to experience a lot in a short time! 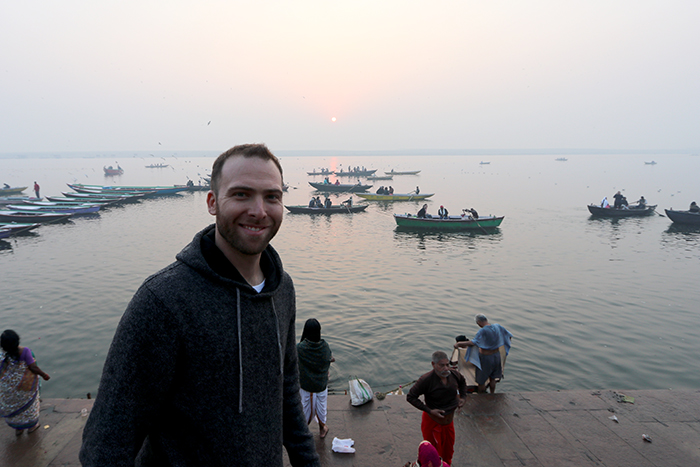 Even if you’re neither Hindu nor Buddhist, the history of Varanasi is something special that everyone should experience at some point. Regardless of the order in which you choose to explore the five best things to do in Varanasi, I recommend leaving plenty of time between each endeavor to allow for traffic. With how crazy this city can get, you’ll thank yourself when you get out on the roads!