For those who have been following me for a while you know that I have mentioned that India was at the top of my bucket list. In early 2018 I decided that I had to go to India. My first stop was the capital city of Delhi, which is the second largest city in India with about 15 million people. Without further a do, here are my top 10 things to see and do in Delhi, India. 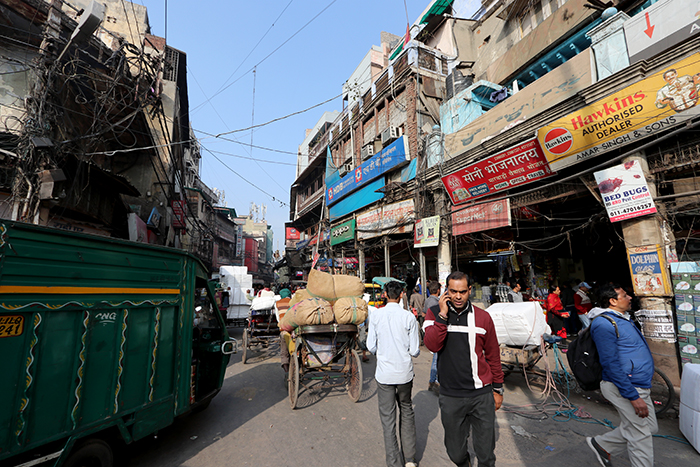 I explored Delhi for three full days, seeing all the major attractions, trying local Indian street food and connecting with local’s which truly opened up my eyes to what India is all about. 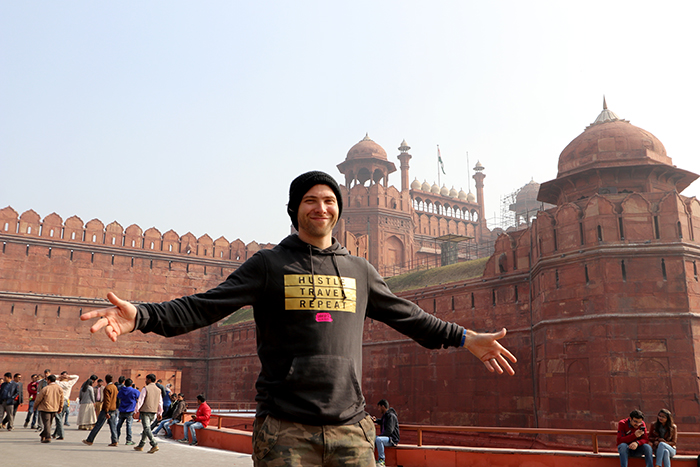 The Red Fort is a historic fortress in the smack center of of Delhi, India. For more than 200 years, it served as the residence of the emperors of the Mughal Dynasty and was a center for major events and ceremonies. 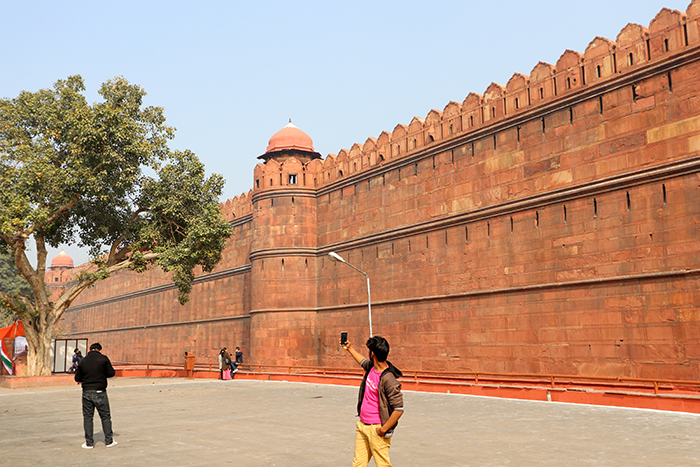 The Red Fort is a wonderful place for tourists to explore. It has a museum that displays ancient artifacts from Delhi and all of India which include bows, arrows, swords and guns. It is a very impressive fortress and really shows you the power that the Mughal Emperors had during their reigns. 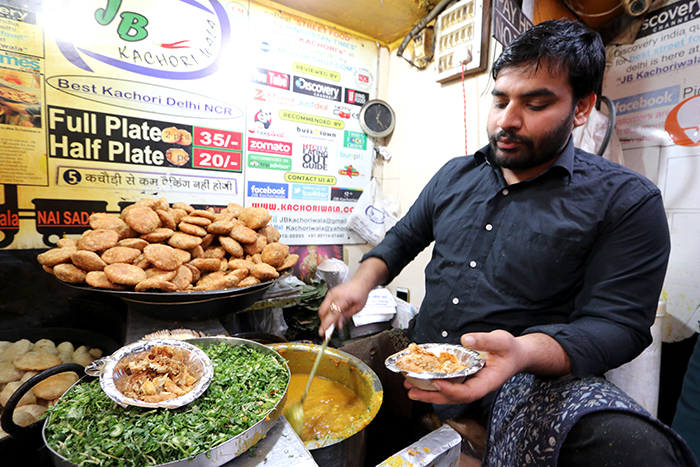 Built in the 17th century by the emperor Shah Jahan, Chandni Chowk is one of the oldest and busiest wholesale markets in Old Delhi, India. The entire area is filled with significant buildings including religious buildings, Haveli mansions, shops, restaurants, and street food eateries. 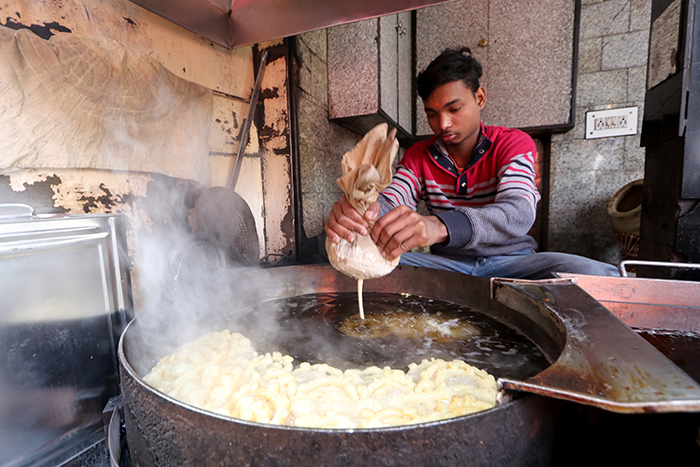 The food in this area is mind-blowing, especially the parathas, which is available in different preparations and variations. Through the narrow lanes, you can shop for books, clothes, leather goods, and consumer products. I would suggest coming during the week days because during the weekend you can barely move in Chandi Chowk. 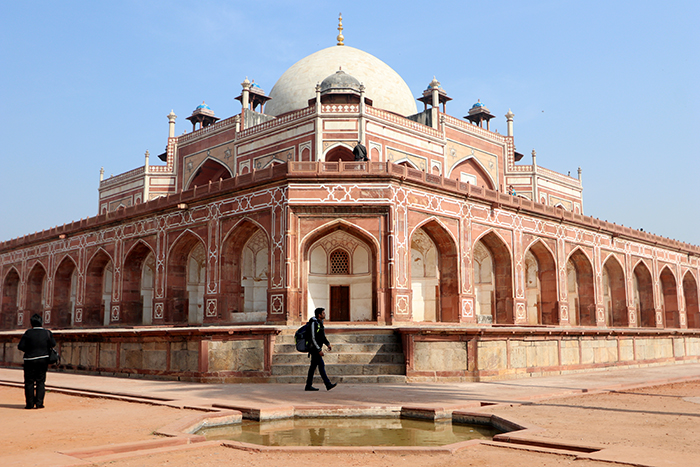 The resting place of the Mughal emperor Humayun, it was commissioned by his first wife and designed by a Persian architect and his son. The tomb is a UNESCO world heritage site and it has about 100 tombs within the complex. 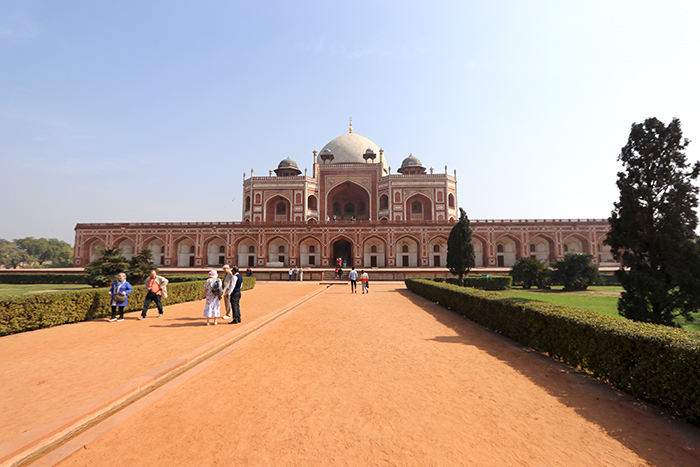 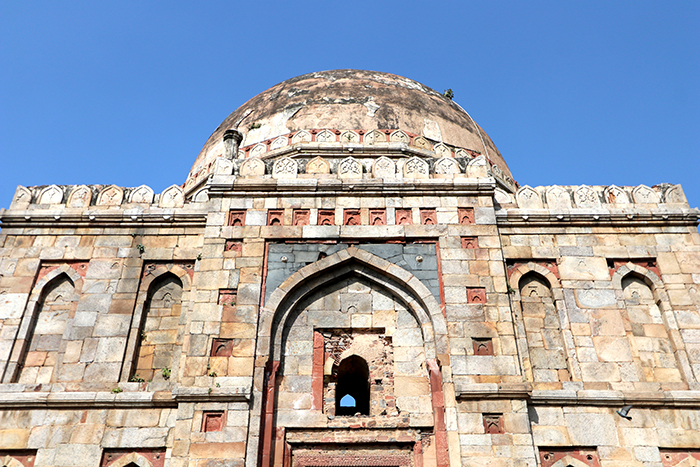 If you have time and want to visit more royal tombs then I recommend heading over to Lodhi Gardens. The city park spreads over 90 acres and contains the tomb of Mohammed Shah and multiple other Mughal Emperors. 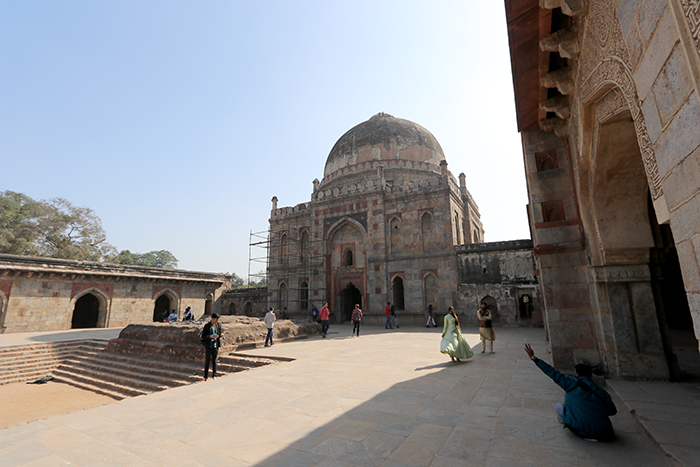 Here you can relax and enjoy the open space, have a peaceful interlude, and linger over the peaceful walkways and historical structures. I would also recommend trying Bhel Puri at the entrance of the park, it’s one of my favorite dishes from Mumbai! 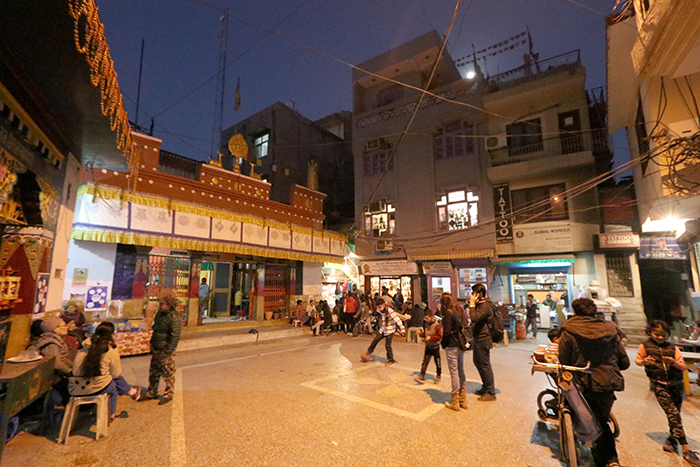 India’s “Little Tibet” or Majnu ka Tilla is a sanctuary for Tibetan refugees in India. Once you step foot into Little Tibet you will literally feel like you just entered a different country. Best time to come is around lunch time so you can catch all the action. 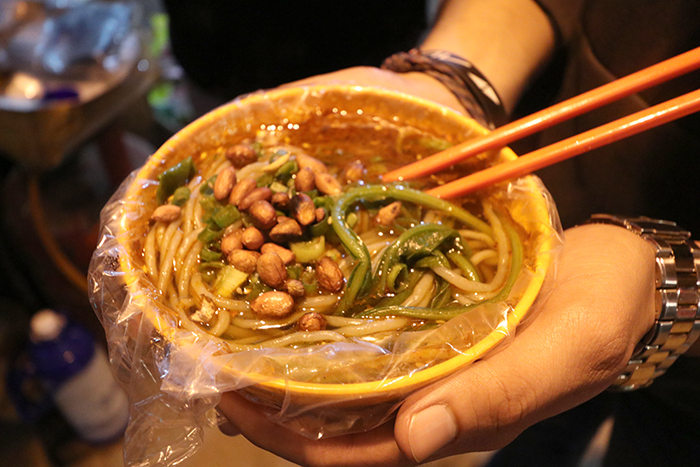 As you walk around you notice that everything is in Mandarin language, the people look more Chinese then Indian and the food is a completely different world. We tried a bunch of Tibetan street food. My favorites where the blood sausages! 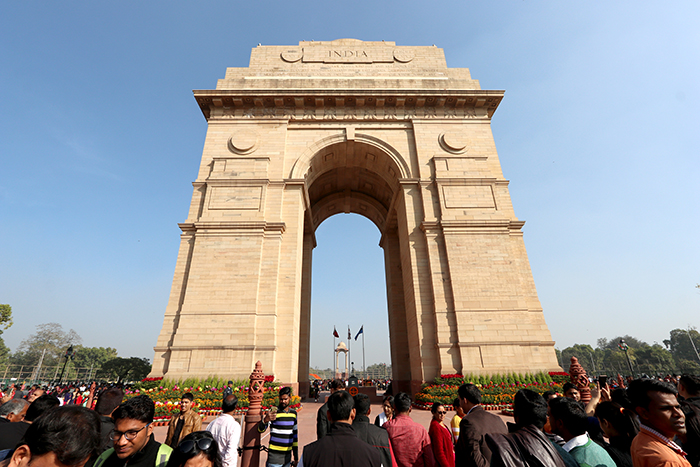 The India Gate is a beautiful monument located at Rajpath, on the eastern New Delhi, India. It is dedicated to the 70,000 British Indian soldiers who died during the First World War. The names of 13,300 servicemen are inscribed on the gate. 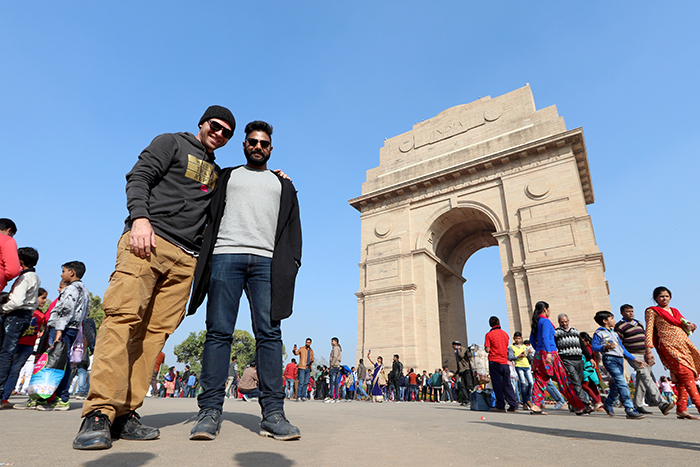 The India gate is surrounded by pristine lawn perfect for picnics during summer evenings and winter days. You could buy ice creams from street peddlers, or come at night to experience the glory when splashed with lights. Best time to come is early morning or late afternoon. 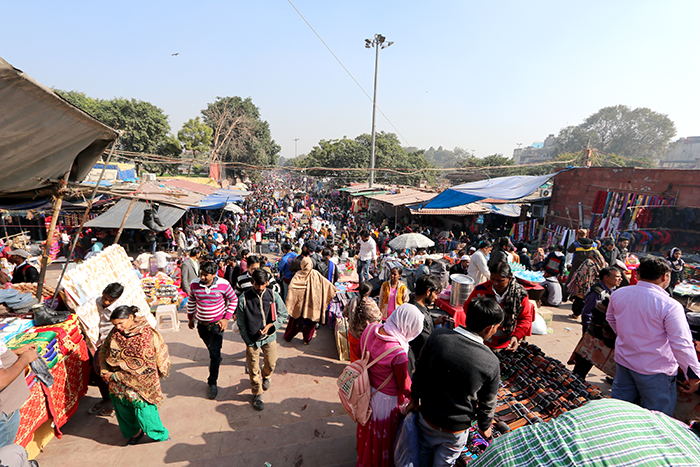 This is one of India’s largest flea market, where you can shop for just about anything you could or couldn’t imagine. It is located in Chandni Chowk close to the Red Fort just below the stairs of the Jama Masjid mosque. The bazaar was built in the 1970’s and it’s huge! 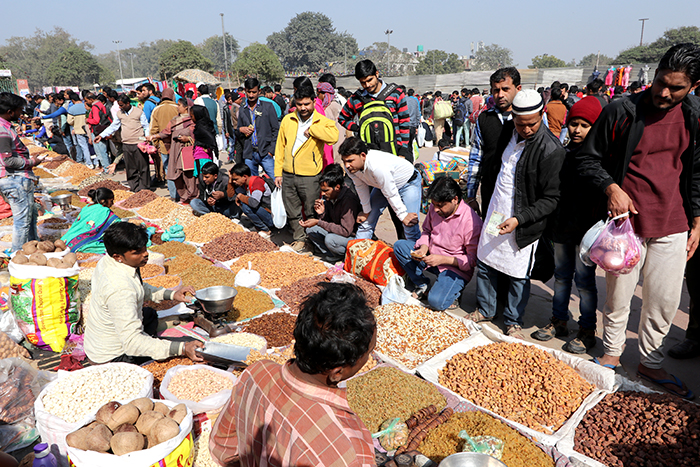 This is also called the Sunday Market, here you can find almost everything you could think of from clothes, to food plus they even have a ton of stolen goods. I do not recommend buying stolen iPhones but from what my guide told me basically they are stolen. This market get’s so packed it might feel like there is a million people. Definitely recommend going with a guide or a group. 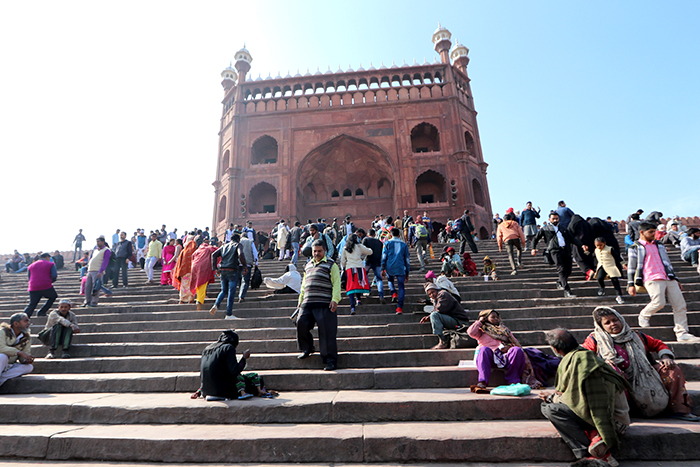 One of the largest mosques in India, the Jama Masjid is a magnificent structure that will take your breath away. It has four towers, three great gates, and two minarets, each about 40 meters high. This amazing structure was made with red sandstone and white marble has a main courtyard that occupies 25,000 persons. 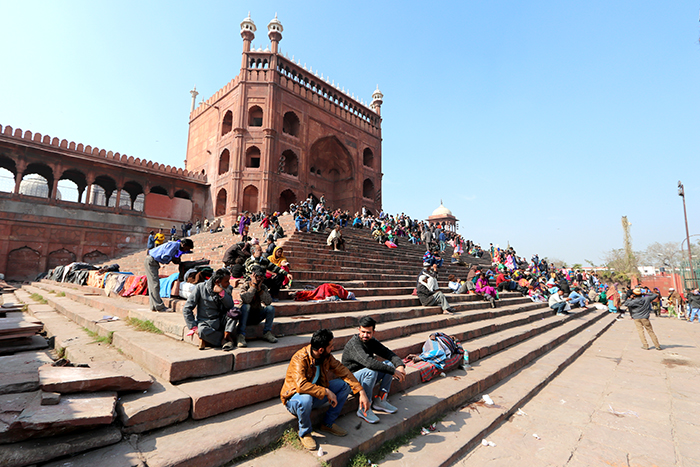 The best way to get to Jama Masjid is by either Metro or Uber. It is located in Chandi Chowk or Old Delhi. Visit during the morning hours when the sun is low or weekdays when there are smaller crowds. This is one of the prettiest mosque I have ever seen! 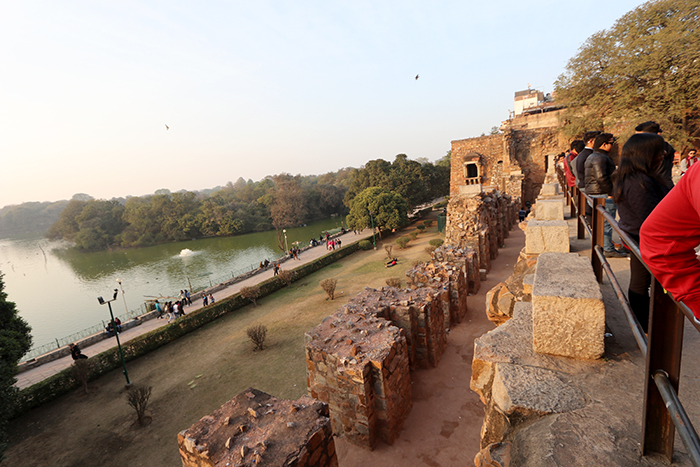 This is an affluent neighborhood located in South Delhi and combining rural Hauz Khas village and urban Hauz Khas. This neighborhood is home to over 50 restaurants, bars, pubs, and cafés. I recommend eating at Naivedyam for Southern Indian food. 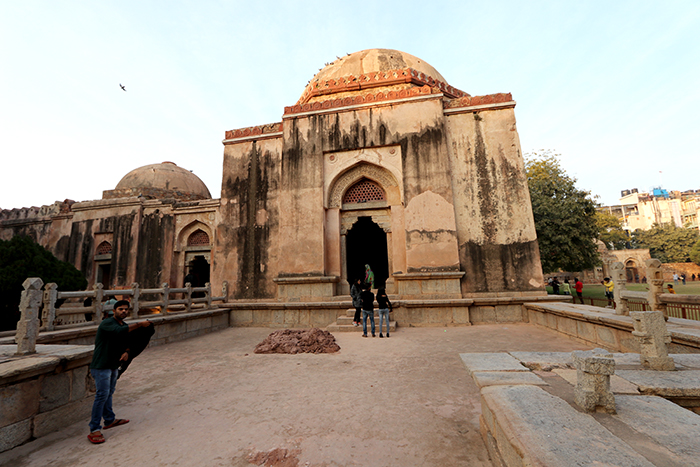 After lunch head to Hauz Khas complex which has a huge water tank that was build during the 1300’s. The complex also has a mosque, a tomb and a place where the heads of executed thieves are displayed. It was constructed by Alau’D-Din Khalji as the second city of Delhi in 1296 – 1316. 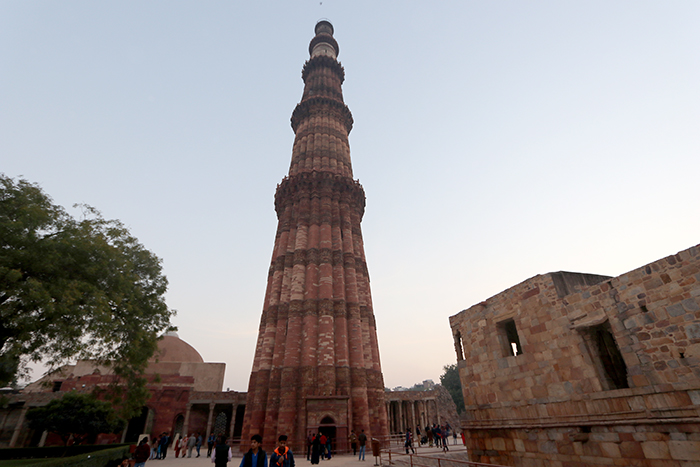 The Qutub Minar is one of the most popular historical attractions in all of India. The minaret towers five stories, contains a spiral staircase of 379 steps, and is surrounded multiple monuments. 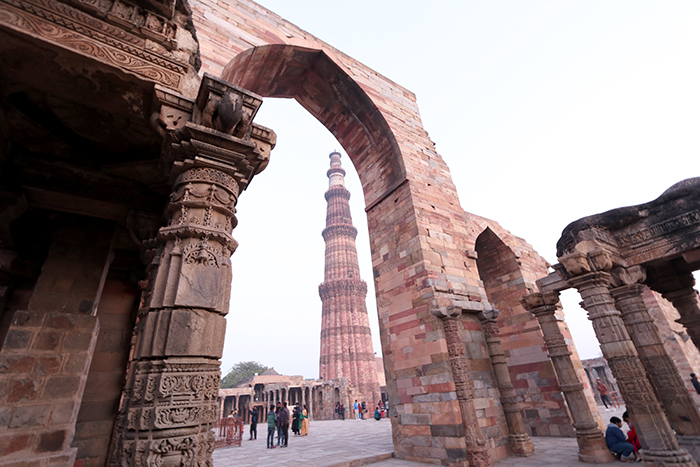 The Qutub Minar is the world’s tallest free standing minaret made out of red stone. They started constructing it in the 11th century and finished in the 12th century. It is now a UNESCO World Heritage and in my opinion out of all the top 10 things to see and do in Delhi this is the most impressive attraction. 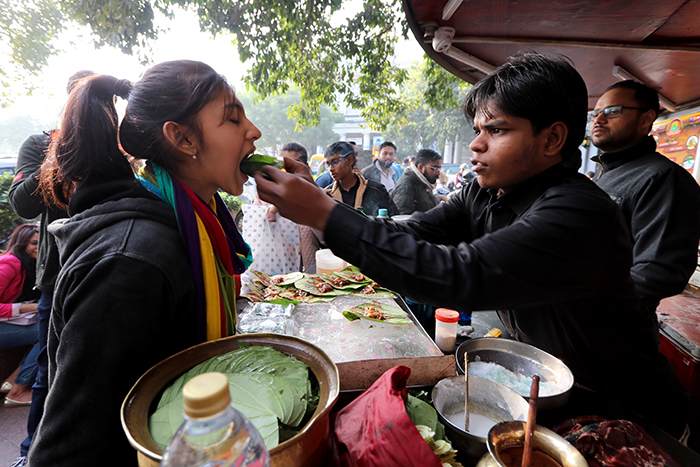 Connaught Place has more than 50 Fire Paan dealers and you absolutely have to try it! During my first day in Delhi I head over to Connaught Place in search Fire Paan. This is basically a paan leaf that is filled with mints and other spices. They light it on fire and shove it in your mouth! 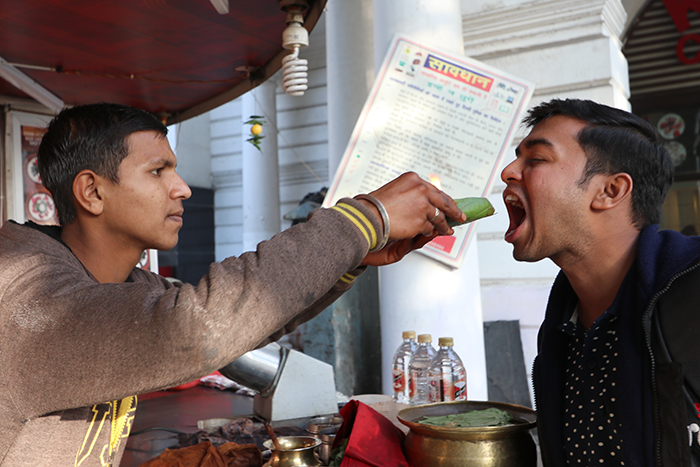 Delhi completely blew me away! It is filled with amazing attractions that, endless sea of people and the food is unreal! I recommend spending at least three full days in Delhi if you want to do everything I mention in this top 10 things to see and do in Delhi, India guide. 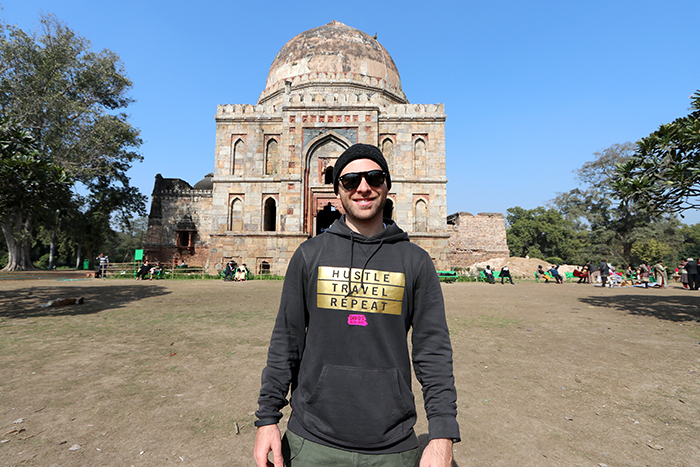 It is a huge city and there is a ton of traffic so coordinate your time the best you can to beat the traffic! I hope you enjoyed my list of top 10 things to see and do in Delhi, India!