One thing you’ll find out quickly when you visit Finland: Finns take their beer seriously. Finland isn’t known for wild party scenes or getting out of control, but the Finns love a great-tasting craft beer and they aren’t shy about having a few, especially on weekends and holidays. In fact, Finland ranks 14th in the world in beer consumption per capita and is now home to 85 craft breweries — a fact that makes choosing just four delicious craft breweries in Helsinki, Finland a real challenge. 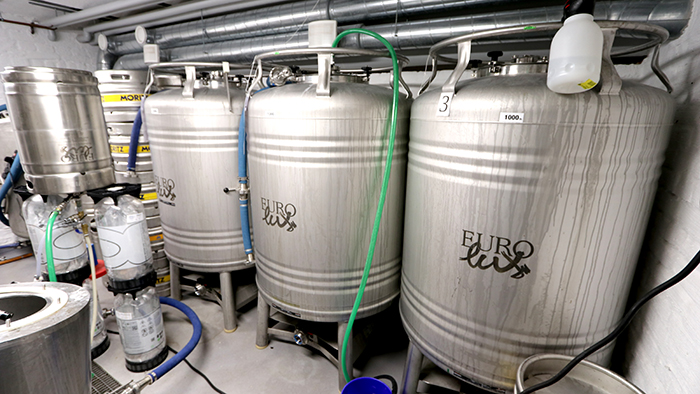 But if you’re the kind of beer drinker who really enjoys a great taste from your brew, it’s a challenge that’s well worth solving. Helsinki is a fantastic city for a beer connoisseur because of the sheer quality of the breweries available in the Finnish capital, and your biggest issue won’t be finding a great microbrewery, but finding which one you like best and holding yourself back from having too many beers at once. Check out some of the top craft breweries in Helsinki here! 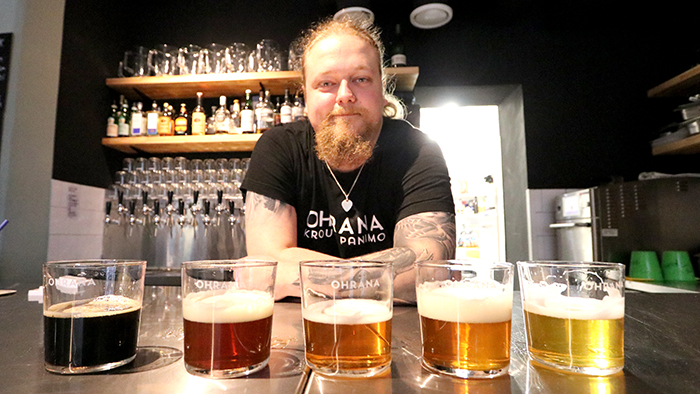 At Ohrana Krouvi Panimo, everything is brewed in the basement, and there’s a pretty wide range of flavors and strength for their beers check out this website. One of their lighter drinks is an apple cider, which goes straight to my heart given that my brother-in-law has an apple orchard in northern Spain.

Check out our Top Things to Do in Helsinki in Winter

Because of that, I know and enjoy a great cider, and Ohrana’s is an excellent drink. It’s light, crisp and a great way to get your tour of beers started. Other great options include Saison, a Belgian farmhouse ale that is truly one of my favorites because of the great flavor that comes from a well-brewed Belgian ale, and their 7.7% Stout, which gives tastes of both coffee and chocolate. 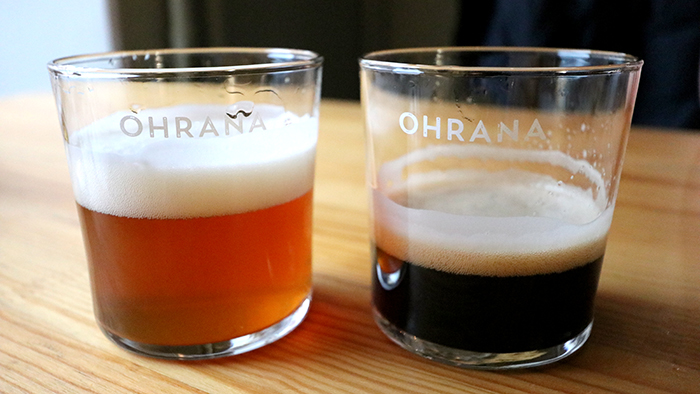 When it comes to breweries that serve food, there’s a rule of thumb that almost never fails: anything cooked or battered in beer is sure to be good. After all, you’re never going to find a more homemade beer batter than one that’s made in a brewery. Ohrana certainly doesn’t disappoint, which you’ll find out for yourself when you taste their beer-marinated onions alongside their herring toast. It’s a perfect finish to your Ohrana experience after you’ve tasted some of the best-tasting beers of Helsinki. 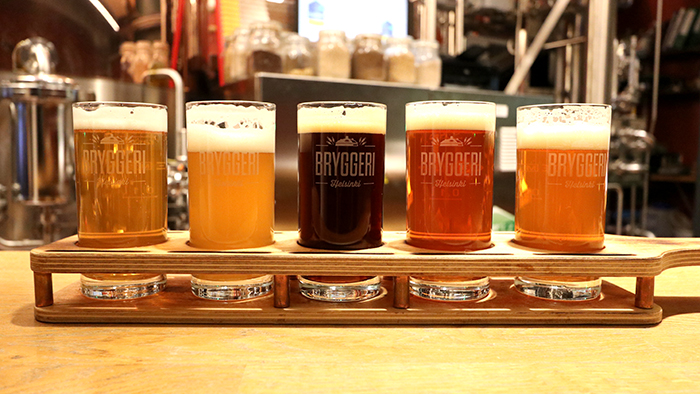 In the shadows of Helsinki’s cathedral, Bryggeri Brewery literally translates to “brewery brewery”, as Bryggeri means brewery in all four Scandinavian languages of Finnish, Danish, Norwegian and Swedish. The name might not be creative, but the beers are high quality. That’s in large part because of how serious Bryggeri takes each beer it serves. Every beer gets its own glass that’s been selected to maximize the flavors of the beer, ensuring that no matter what you’ve ordered, you’re tasting it as the brewmaster intended. 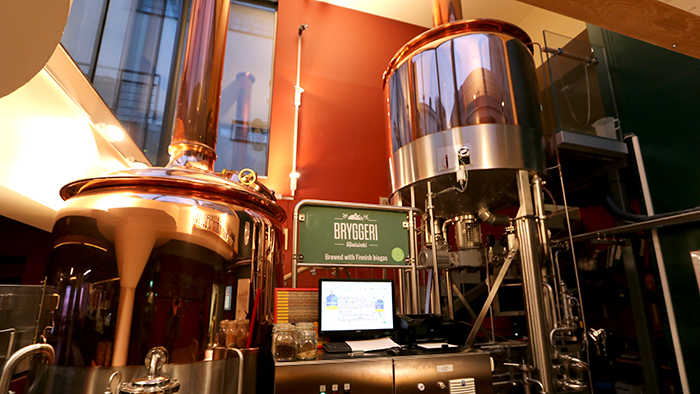 That’s a great thing, because German brewmaster Mathias Hüffner knows what he’s doing when it comes to beer. From light, malty German pils to the dark, coffee-like Dunkel, you’re going to get a refreshing taste no matter what your pleasure is. If you’re feeling adventurous, you can try sahti, a traditional Finnish beer. Like all of Bryggeri’s brews, Finnish malt barley is a big part of the taste.

What makes sahti different is that it’s flavored with juniper and it’s got a strong alcoholic content. In fact, it’s so strong it can’t be sold in stores in Finland; you’ve got to go to a brewery, such as one of these four delicious craft breweries in Helsinki, Finland, to try it. 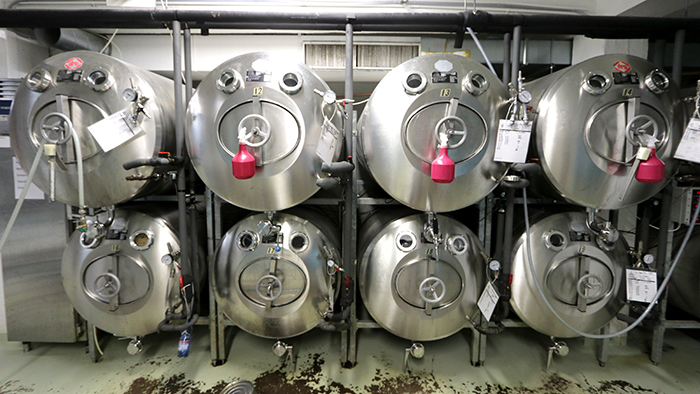 If international beer is your pleasure, this is your brewery. Stadin Panimo features several beers from around the world, including an American double stout and a New England IPA. Here, the golden ales are incredibly easy to drink and incredibly fresh, as the New England IPA I tried had been crafted just that week. 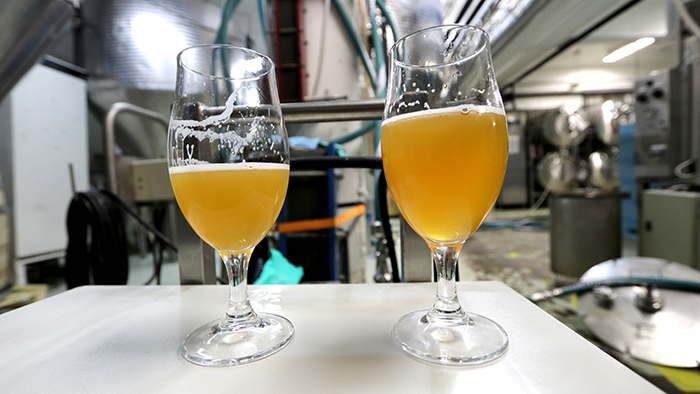 That freshness extends throughout Stadin Panimo’s lineup, as I experienced with a rye Vienna lager that reminded me of their ales. Whatever your tastes are, you’ll likely find them here. 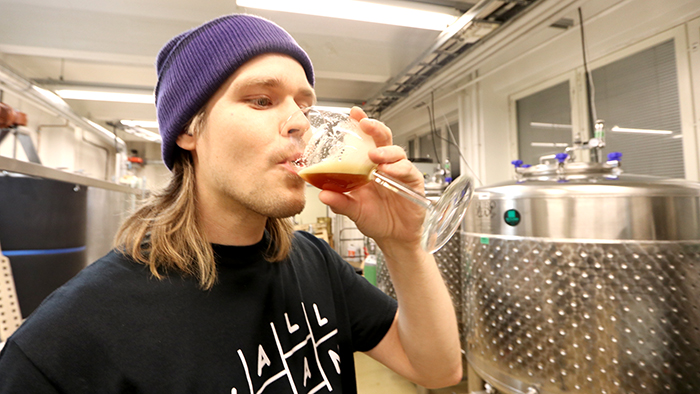 Have you ever wanted to try a hemp ale? If so, this is the place to do it. Hemp is legal to grow in Finland, so Vallilan Panimo actually brews an ale that’s spiced with the flavors from hemp. It’s unlike anything I’ve ever tried before, and the taste is outstanding, so I highly recommend it if you’re looking for a truly unique brew on your Helsinki trip. 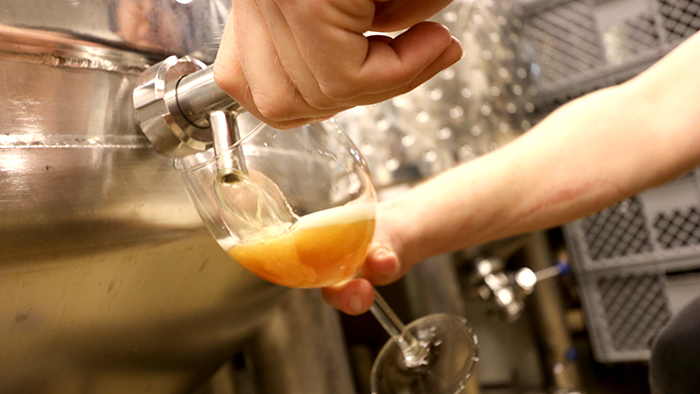 In terms of more conventional beer, the first beer Vallilan Panimo ever brewed was actually an American-style amber ale. While you might not be expecting much when you hear that description, it’s actually a really high-quality ale. It’s a great way to get your taste buds ready for one of their special IPAs, Sauna. At Vallilan Panimo, Sauna is a 2.6% IPA that offers an incredibly hoppy taste. When you drink a Sauna, you’ll really taste the origins of your brew from the first sip. 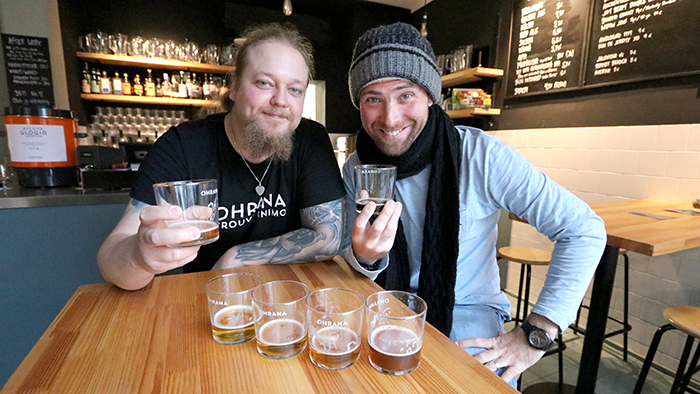 For true beer aficionados, there’s nothing like the taste of a high-quality craft brew, and that’s exactly what you’ll get from these four delicious craft breweries in Helsinki, Finland. I encourage you to try all four whenever you make it to the easternmost Nordic nation: you’re sure to find a favorite that you’ll wish you could have back home!