A trip to Japan is a monumental occasion. The food is out of this world, the culture is like no other on the planet, and thousands of years of history and ancient tradition that you can explore around the island will leave you speechless. But before you get to all of that, you first have to arrive at Narita International Airport and figure out how to take the Narita Express into Tokyo, which can be a complex and confusing endeavor if you’ve never done it before. 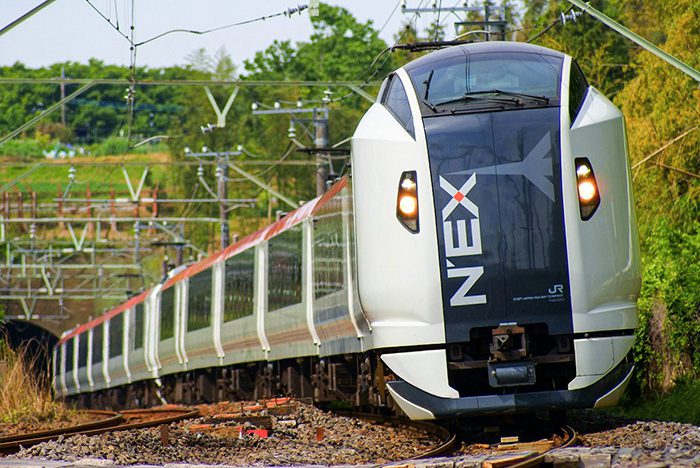 Many travelers might be under the reasonable assumption that Narita Airport is located within the Tokyo city limits, but that is not the case. Narita Airport is actually located in the neighboring prefecture, Chiba Prefecture, roughly 90 minutes outside the city. That means you’ll have to take transportation to get to the Japanese capital, and not having a plan in place or knowledge of what you need to do before you arrive on Japanese soil can start your relaxing Japanese vacation with a massive headache. 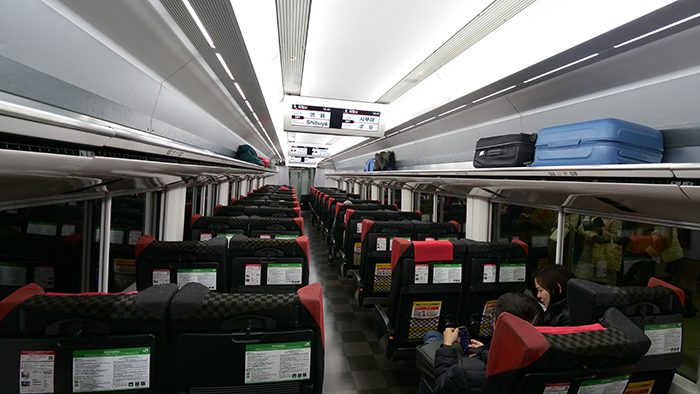 As I planned my twelve-day Japanese adventure in the weeks leading up to my trip, I came across some helpful information that helped me out and made my travels into Tokyo quick and easy. I also learned a lot at the airport itself and want to share that information to hopefully help you navigate the beginning of your trip. This is how to take the Narita Express into Tokyo, Japan.

What Is the Narita Express?

The JR Narita Express, also known as the N’EX, is a train that connects Narita Airport with major stations in and around the city of Tokyo, including Tokyo, Shinagawa, Shibuya, Shinjuku, Ikebukuro and Yokohama.

Check out 15 Things to Do Near Tokyo, Japan 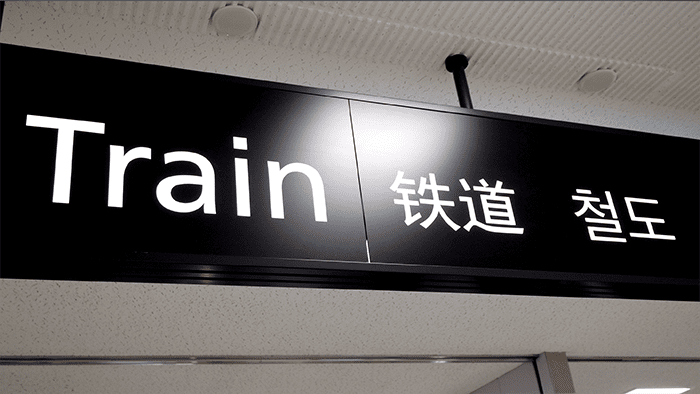 While the Narita Express is not necessarily the fastest or cheapest way to travel from the airport to Tokyo and beyond, it is considered by most to be the most direct, the most efficient, the most comfortable, and the overall best option for travelers. It’s the option I recommend!

What to Do After You Land 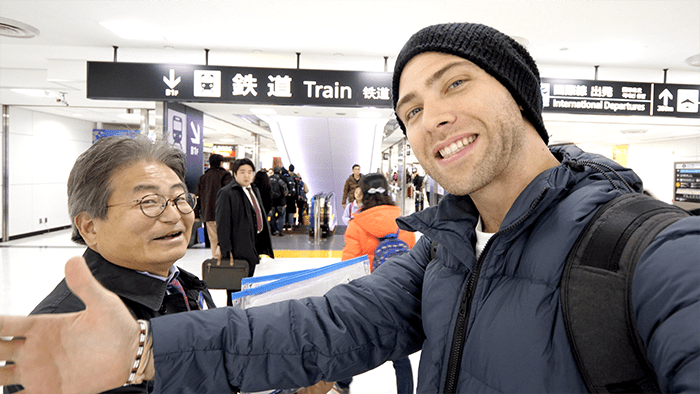 After you have arrived at Narita Airport and have claimed your luggage, exit the customs area and head out to Arrivals. You should see signs above you that say “Trains” or “Railways.” If you don’t have a lot of luggage, follow those signs. But if you’re being weighed down by lots of bags, it’s probably best to get them ported before you head off in that direction. 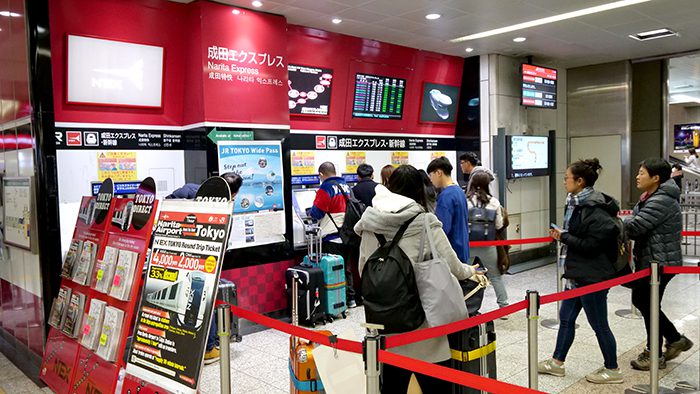 Now that you’ve picked up your luggage and are following the signs, don’t forget that you still have to buy your Narita Express ticket. You must get your ticket from either a counter, service center, or vending machine once you’re in Japan because you can’t buy them outside the country. 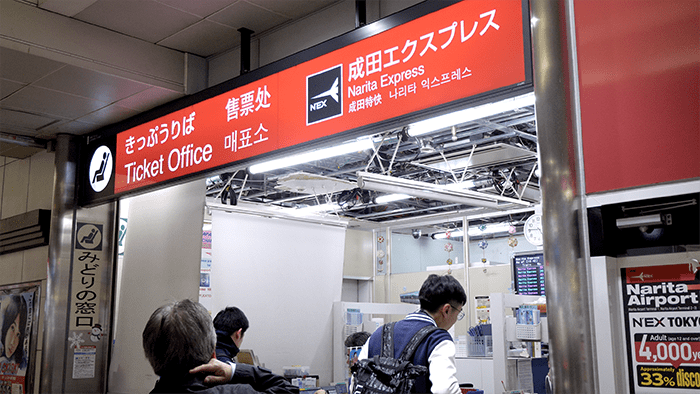 Take the escalator ahead of you down from Arrivals. At the bottom, you’ll find an open area that contains ticket vending machines and a red, black, and white JR Service Center sign above a ticket office. The vending machines can be extremely complicated to use if you don’t speak Japanese, so I suggest going to the ticket office so you can speak face-to-face with someone who can help you buy the ticket you need.

Check out 10 Things to See and Do in Kyoto, Japan 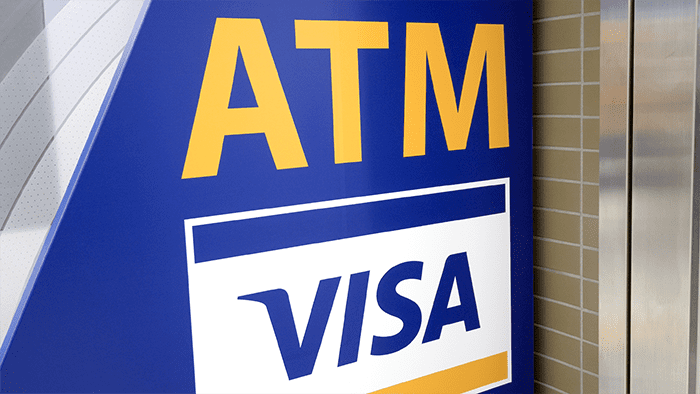 If you need to pull out some money to buy your ticket, I recommend going to an ATM. They have the best exchange rate; I’ve found that currency exchanges will rip you off when you’re in foreign countries. My Japanese trip was nearly two weeks long, so I pulled out the amount I figured I’d need for my first week.

A one-way economy-class ticket to Tokyo Station should cost you roughly $27 U.S., but if you have a foreign passport, you can buy a round-trip ticket for roughly $36. This ticket will be valid for the next 14 days. The round-trip ticket is a better value than the one-way. If you need a round-trip ticket, I suggest you book your return trip before you leave for Tokyo because seats on the Narita Express are reserved. 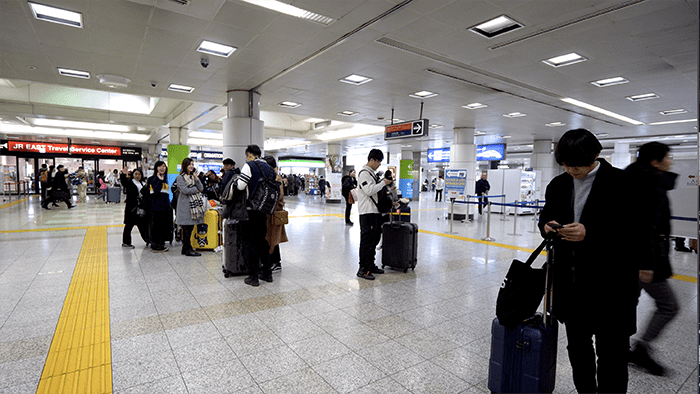 If you buy a Narita Express ticket, note that it is also valid for other JR East trains in the Tokyo area. As long as you stick to JR lines, you shouldn’t have to buy another ticket. 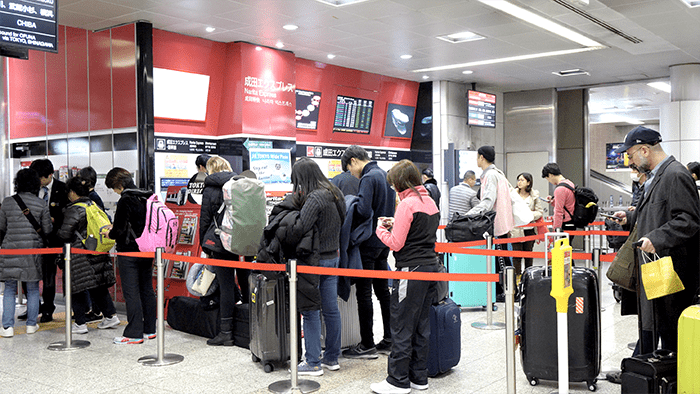 Alternatively, you can choose to buy a Japan Rail Pass instead of a Narita Express ticket. The Japan Rail Pass is a discounted, multi-use ticket that allows you to travel around Japan via its railway system for 7 days ($261 U.S. for a standard pass), 14 days ($414 U.S.), or 21 days ($529 U.S.) depending on which one you buy. The pass covers the Narita Express and most Shinkansen bullet trains.

Buy a Snack to Eat on the Train 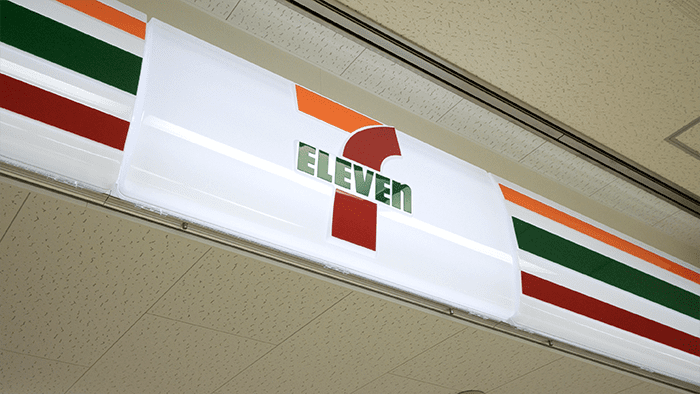 I always like to travel on trains with a snack, so after you’ve purchased your ticket, I recommend heading to the airport’s 7-Eleven to grab a snack to eat on your ride to Tokyo.

Check out 5 Places You Must Eat at in Kyoto, Japan 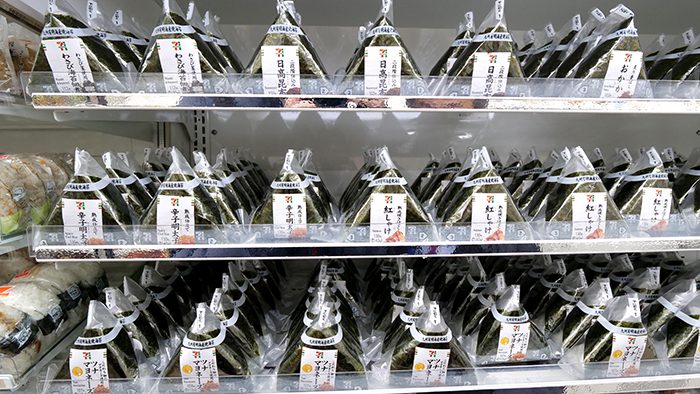 7-Elevens (and other convenience stores like FamilyMart and Lawson) in Japan are very different from those in the U.S. Convenience store culture is massive in Japan and the food that is sold there is extremely fresh and tasty. I recommend the onigiri, which are incredibly tasty balls of sticky rice that have various fillings and are wrapped in seaweed. 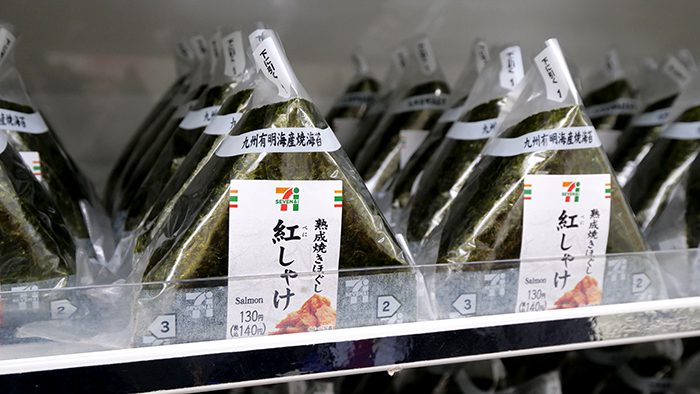 You can’t go wrong with the salmon or spicy cod roe varieties! I also recommend buying a sushi roll and a beverage.

Making Your Way to the Platform 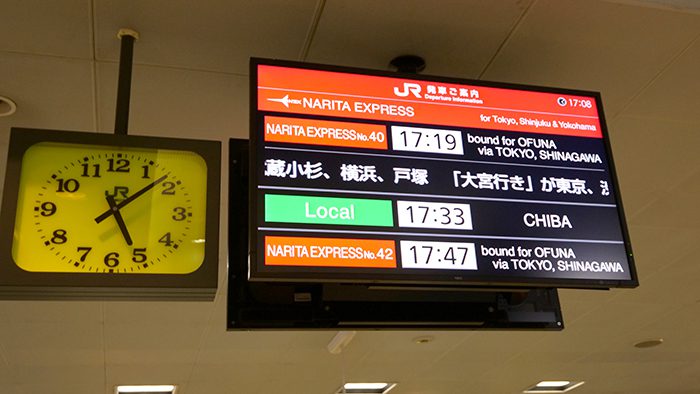 After you have your ticket (and your snack, if you chose to buy one), follow the red, black, and white signs overhead until you reach the ticket gates. Place your ticket in the slot and don’t forget to pick it back up on the other side. 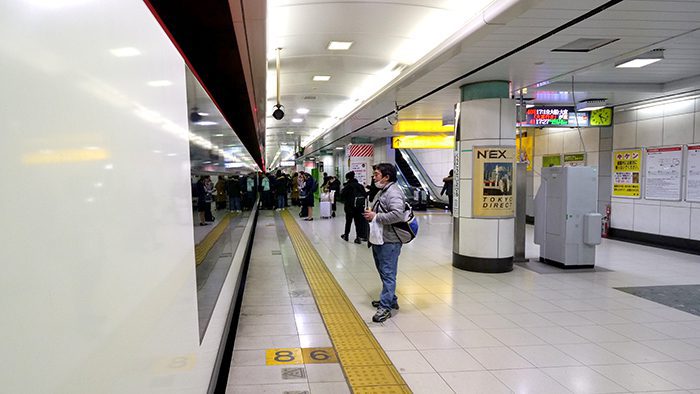 From there, continue on to the platforms and check the electronic info boards overhead to figure out which train is the one for you. If you’re not sure, don’t hesitate to ask someone for help!

Onboard the Narita Express 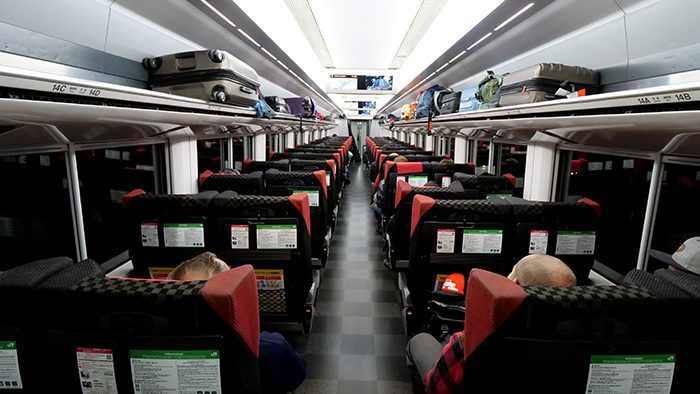 Once you’ve found your train and have boarded, you can leave your luggage in the luggage racks near the entrance to each compartment. You’re provided with a basic lock, so you don’t have to worry about your things being taken. There are also overhead bins where you can store your smaller bags.

Check out Top Places to See and Eat at in Osaka, Japan

After you’ve secured your bags, find your seat and just kick back, relax, and enjoy your snacks until your stop is announced. If you haven’t yet arranged a Japanese WiFi router or SIM card, you can use the Narita Express’ free WiFi to take care of that. The instructions on how to connect to the train’s WiFi are posted on the back of the seat in front of you. 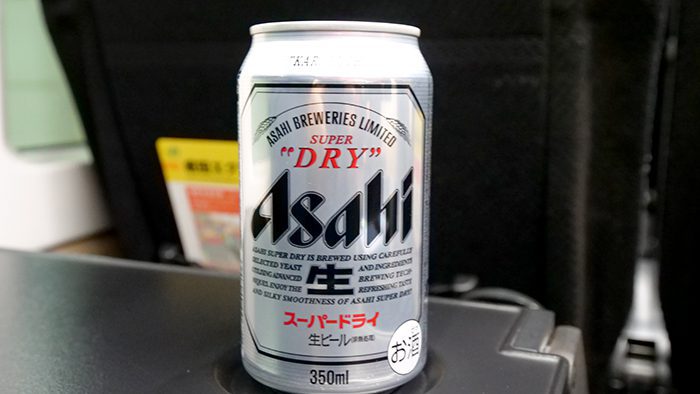 The journey to Tokyo takes between 60 and 90 minutes, depending on how far into the city your stop is. My stop, Shinjuku, was further in, so my ride was closer to 90 minutes.

Getting to Your Accommodation 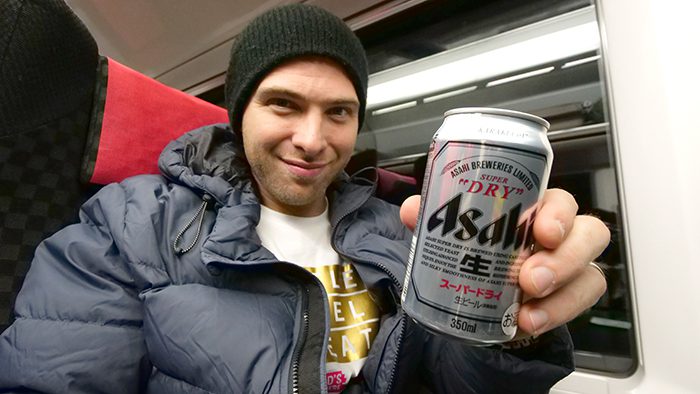 Once you make it to your station, head for the exit gates, which will take your ticket. From there, just plug your hotel or Airbnb’s address into Google Maps. If it’s far, you can hail a taxi, but if the place you’re staying is close by like mine was, you may be able to walk the distance and enjoy the sights and sounds of Tokyo as you go! 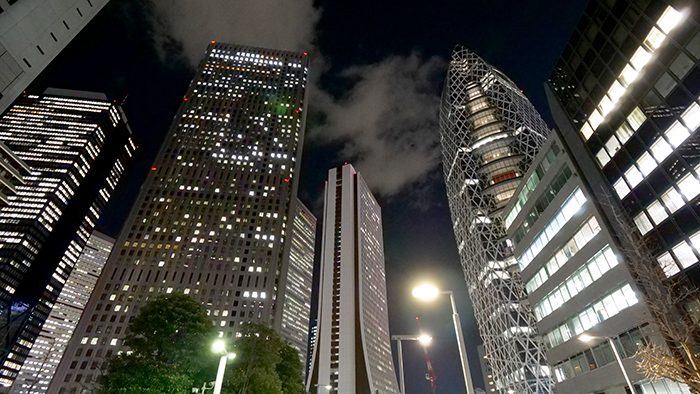 Check out How to Ride the Bullet Train in Japan 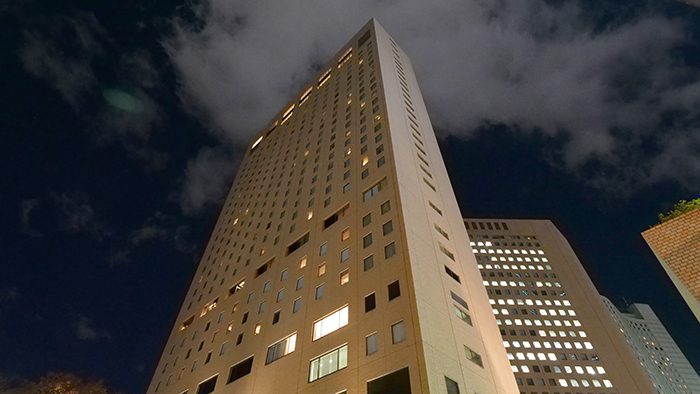 NOTE: When you travel, you should buy travel insurance to protect yourself in case of an emergency. AXA Travel Insurance is the very best because it covers a wide array of issues. I use it on all my trips and swear by it. Buy your AXA Travel Insurance protection plan here!