My third full day in South Korea continued in the city of Busan, where my group and I had the amazing opportunity to stay overnight at Beomeosa Temple just outside the city. Come join me as I stay at Beomeosa Temple and have my first overnight Buddhist temple experience! 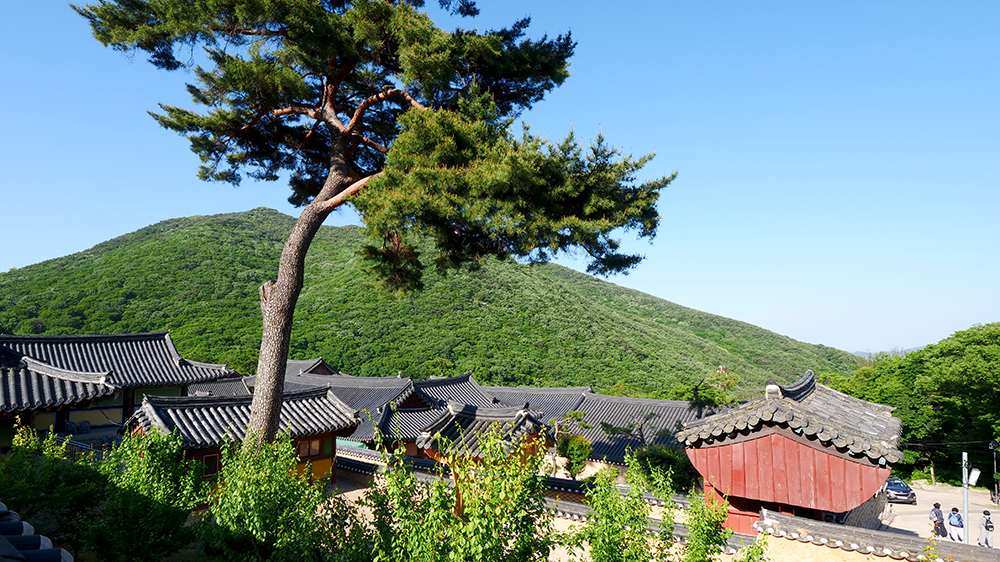 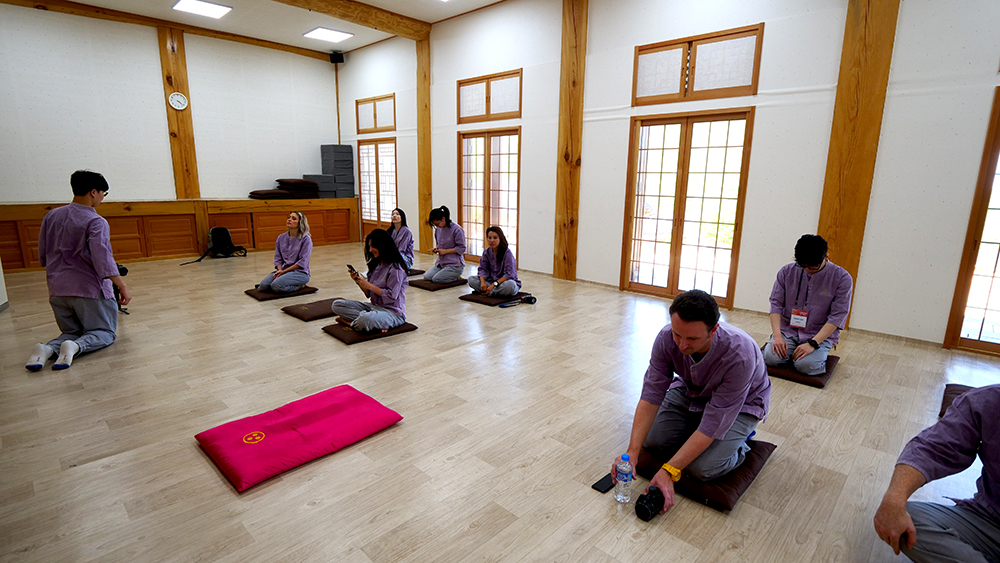 I took my shoes off and got my uniform, which I’d wear for the next 12 hours. They’re almost like pajamas! They’re super soft and comfortable and I loved the color! From there, Sam and I returned to the hall, where we met the supporting monk, who taught us how to do three bows. We were also informed of the temple’s rules we’d have to follow during our stay at Beomeosa Temple.

Check out my Korean Temple Stay at Beomeosa Temple: Everything You Need to Know guide

You have to be very quiet in the temple and there are areas where you can’t speak at all. We also can’t film in certain areas. After finishing our bows, we took a tour. 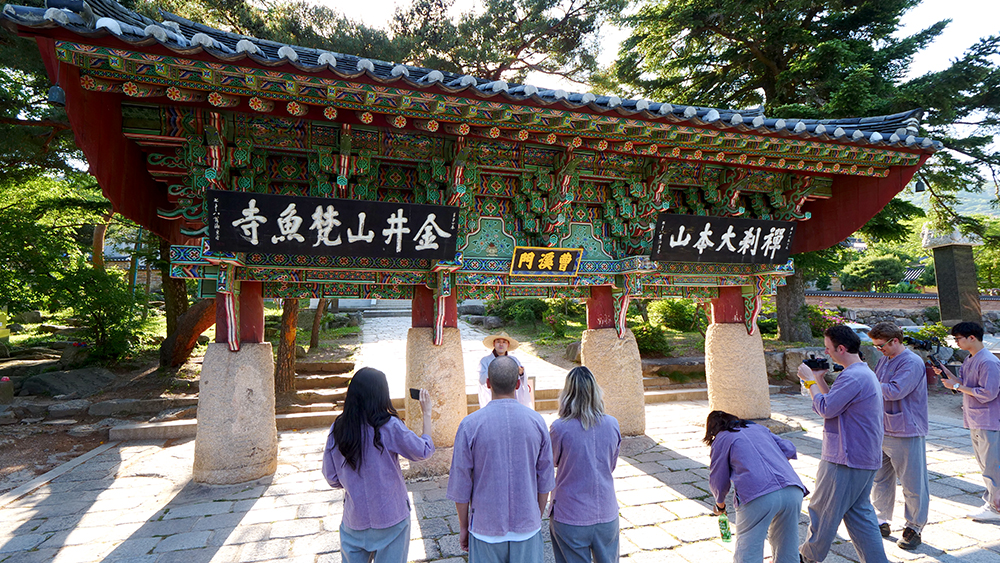 There are 3 gates to get to the main temple ground area. The first is the one-pillar gate because there’s only 1 row of pillars. I learned that the temple’s name translates to the Golden Fish Temple. Through the second gate, we learned that Buddhism is different depending on the country you’re in. The gate has 4 heavenly kings who fight off evil spirits. The gates are all different and have symbolic meanings. We also saw a place where the monks will play instruments, including drums, gongs, and bells before the morning and evening ceremonies. 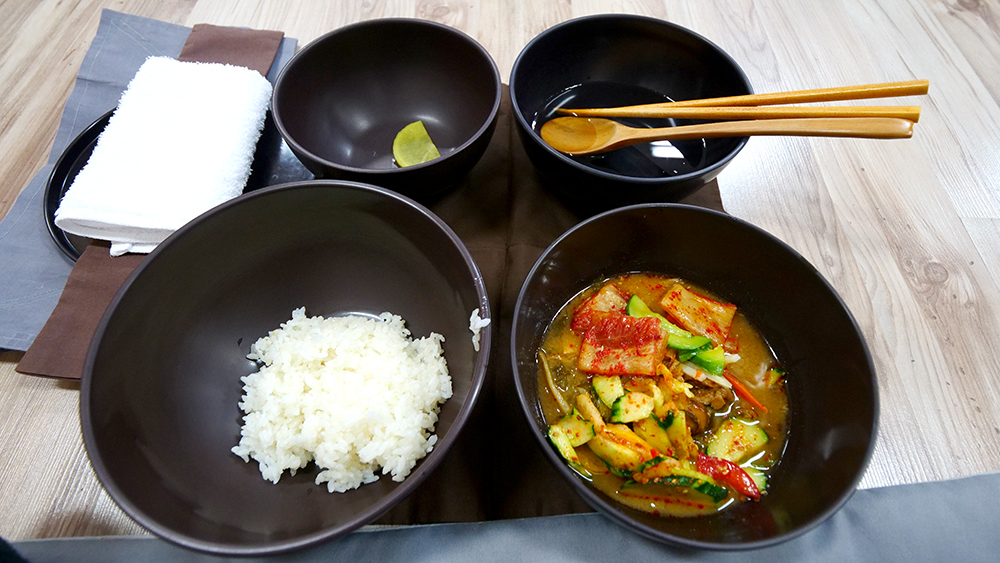 At 5:30, it was time for a Buddhist monk dinner! We dined on mats, traditional-style. We learned where to position our four bowls, chopsticks, and spoon. You’re given some water and then the rice goes into your largest bowl. Next was seaweed-style soup, and the banchan goes into your bowl for side dishes. You have to eat everything you take, so don’t take too much! To eat, you lift the bowl up to your face.

Something I learned during my stay at Beomeosa Temple is that nice you start eating, you can’t talk at all! After you eat, you clean each bowl with the water, wash them, and dry them. My legs started cramping up during my meal, so that was the hardest part! 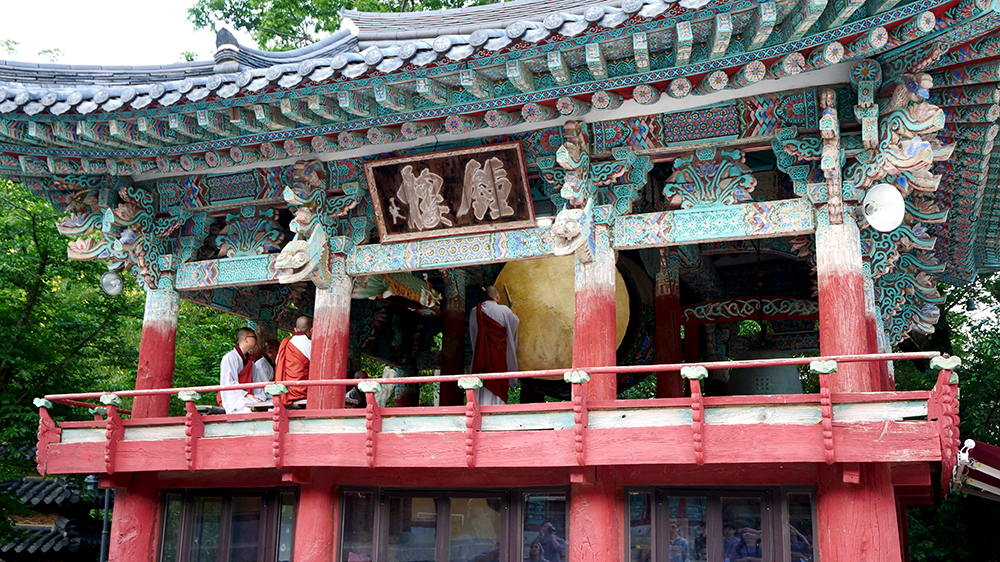 Then, we went to go see the monks ring the gong. It was very intricate and rhythmic and fascinating to watch! We had to turn off the cameras for the evening chanting ceremony, which is a 15-minute ceremony to end the day. You have to do lots of bowing! 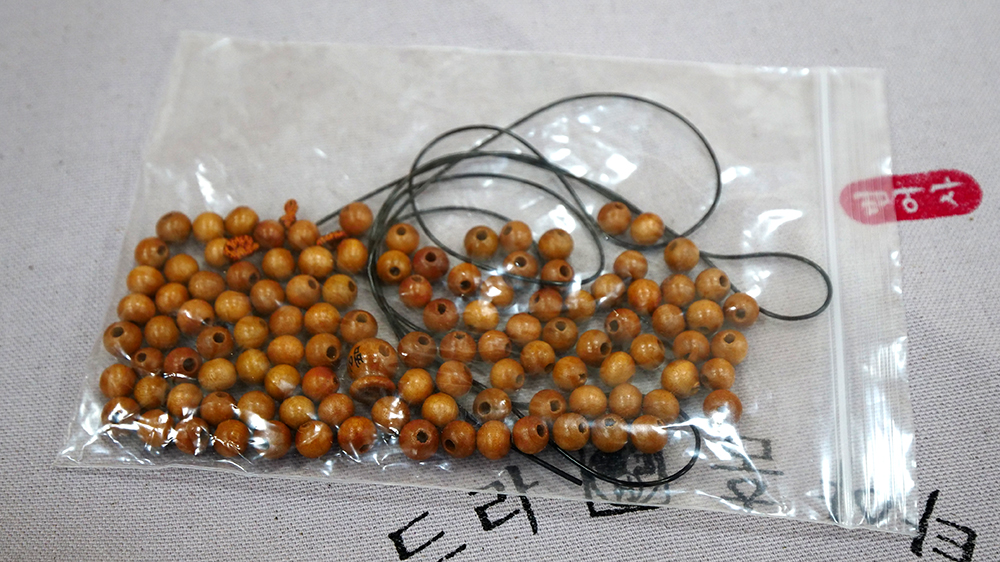 Then we went to another activity, where we had to do 108 bows. They might sound easy, but they got really tough as they went on! Then, we put together 108 beads into a bracelet. I loved mine! I was going to wear it until it falls off. 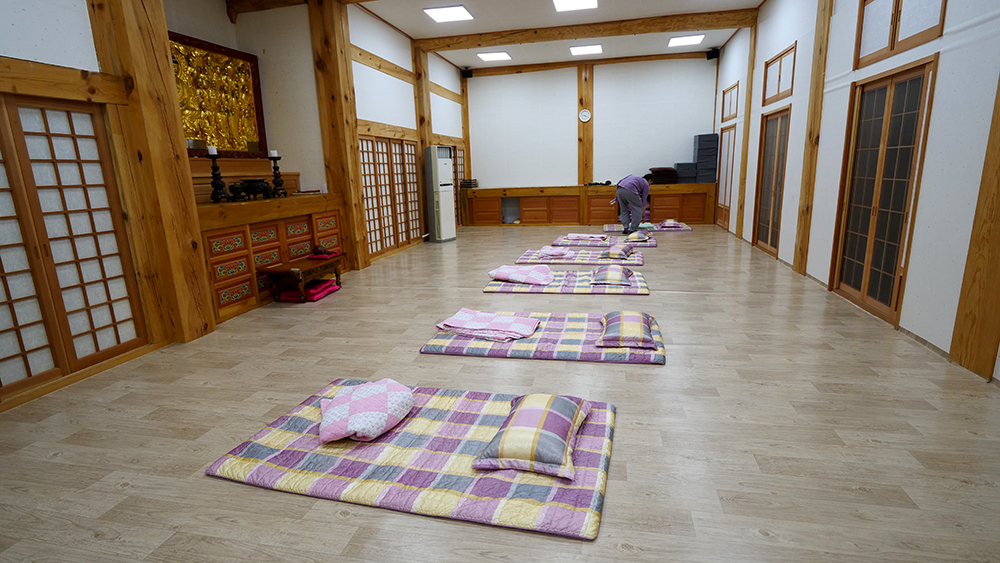 After that, it was time for bed! It was basically a big sleepover! Lights out were at 9:30 and wake-up was at 5 a.m. The drums started at 4:30. I slept pretty good except for the mosquitoes! 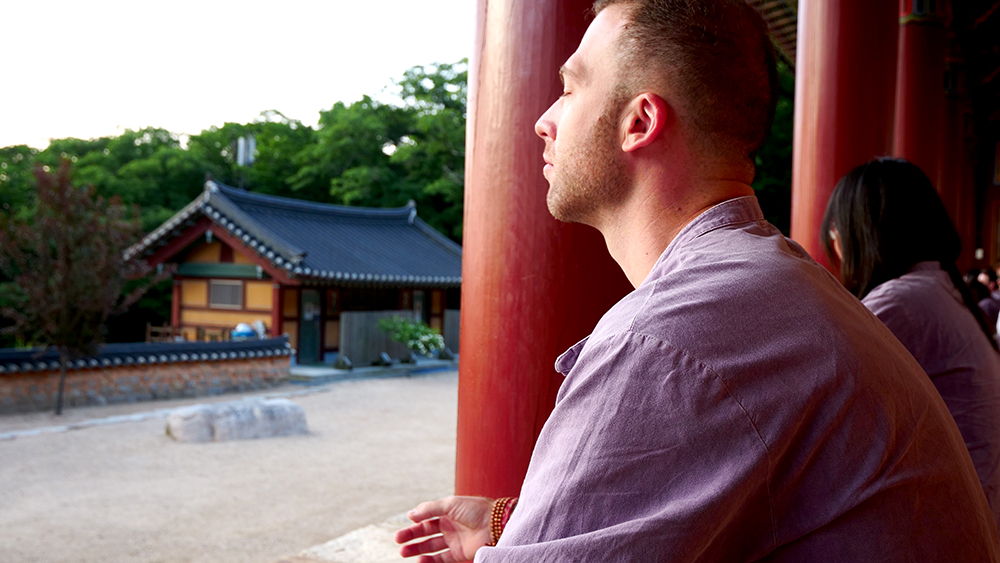 The morning exercise was a breathing meditation exercise for 30 minutes. We had a beautiful view and it was so peaceful out! Then it was time for a traditional buffet-style breakfast!

For breakfast, we ate in the main dining hall. We had rice, kimchi, vegetables, and more. The kimchi was spicy, while the seaweed was earthy and crunchy. After you eat, you wash your own dish. You have to clean it well because no one cleans it after you! Let your dish dry and place it on the counter. 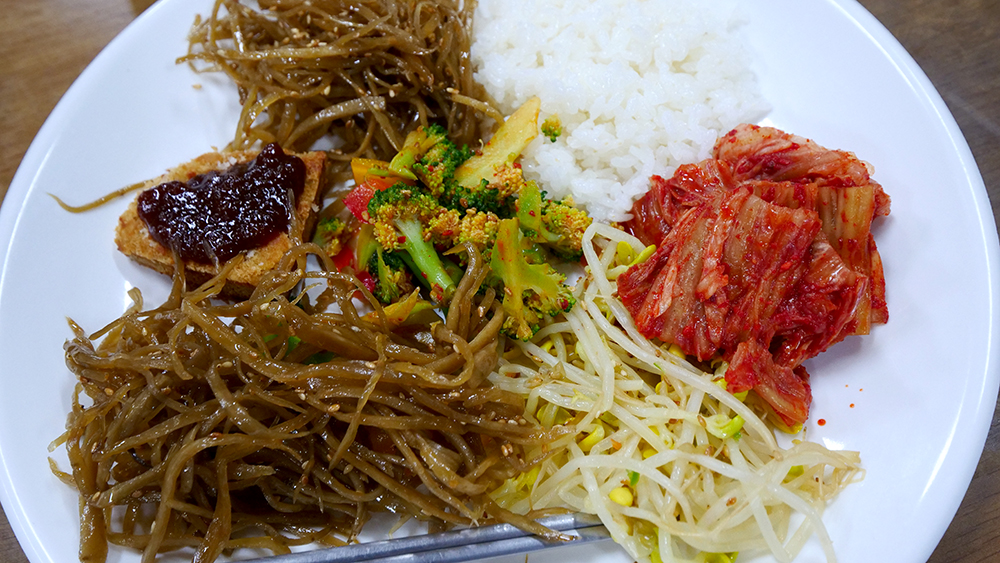 Next, we walked to a nearby temple. The main temple has 10 smaller ones surrounding it. This one was famous because its monk invented a form of martial arts. There were lots of images of fictional characters and gods. The Buddha is at the very top! 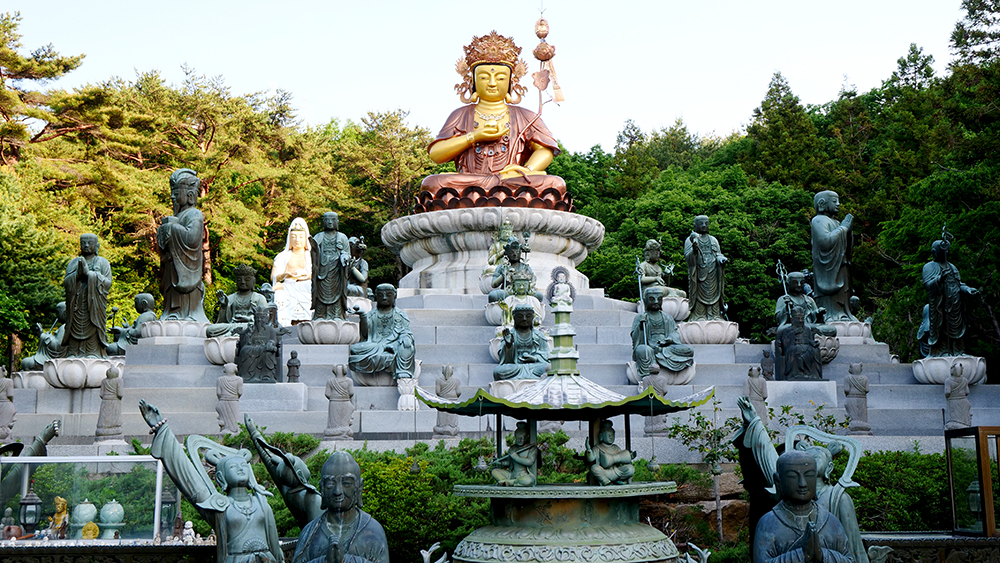 Then we had tea with orange for a half hour and talked with the monk, which officially ended our stay at Beomeosa Temple! 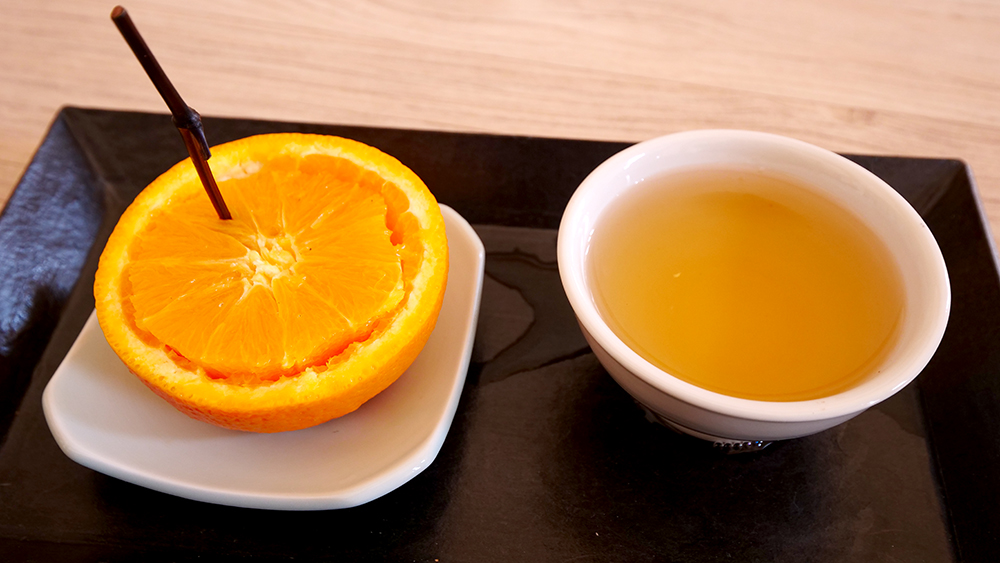 I hope you enjoyed coming to Beomeosa Temple with me! If you did, please give this video a thumbs up and leave a comment. Also, please subscribe to my YouTube channel so you don’t miss any of my upcoming videos!