On the morning of my sixth day in South Korea, my boy Sam and I took the KTX Korean bullet train to Busan, the second-largest city in the country. Come along with us as I give my review of the KTX train’s economy class and enjoy a mind-blowing Korean breakfast! 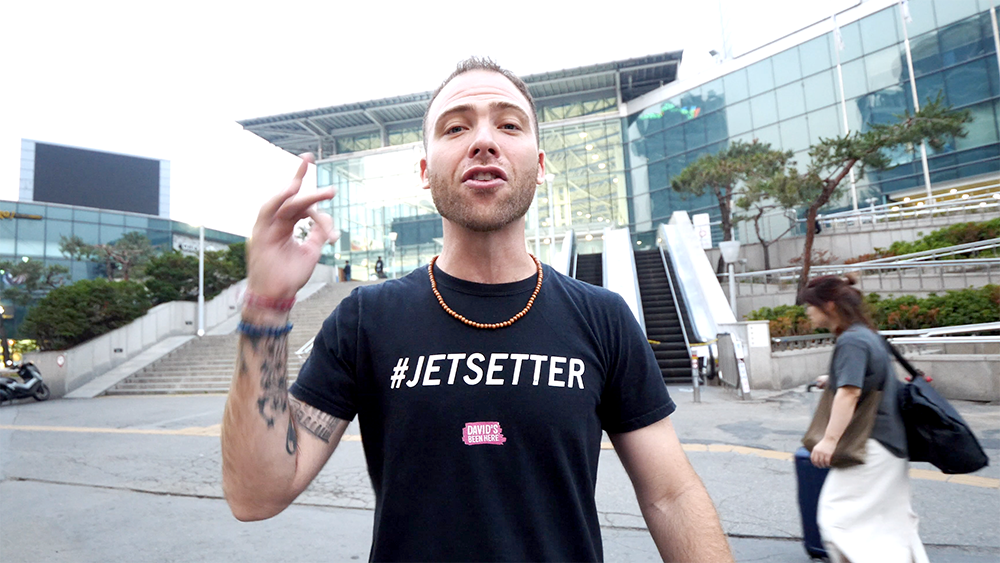 We started our day at Seoul Station, where we found a woman selling gimbap hand rolls and other foods like mochis! I bought a hand roll for 2,000 won/roughly $1.65 USD. It was the best breakfast ever! I loved the vegetables and pork and was the perfect thing to have at 5:30 in the morning! 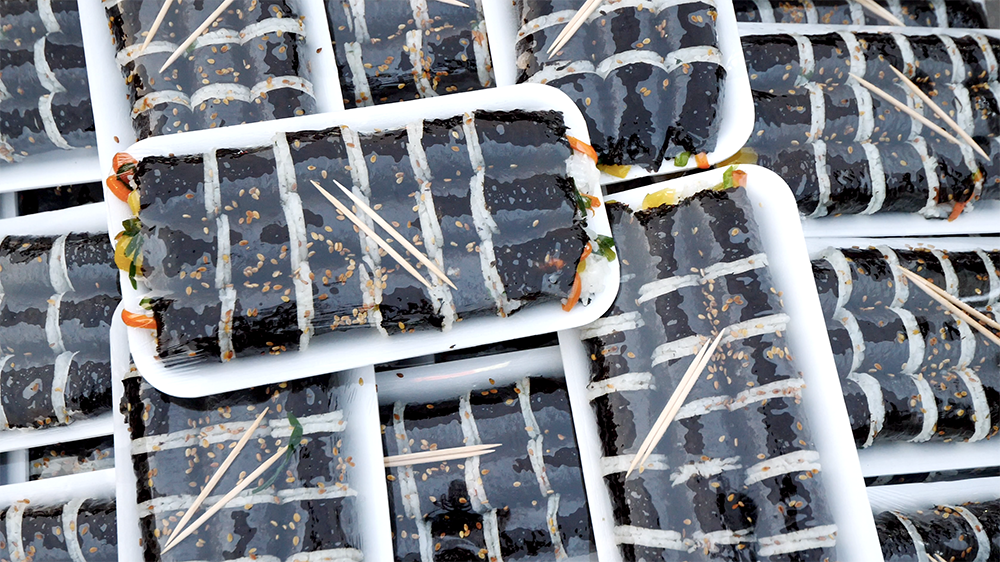 Once inside Seoul Station, we saw lots of grab-and-go shops on the first level. There are restaurants on level 2, but we didn’t have time. I recommend booking your KTX Korean bullet train tickets 4-5 days in advance if you plan on traveling on the weekend. We decided to leave for Busan at 6 a.m. so we’d get a full day to explore the city.

One ticket cost 59,800 won, or just under $50 USD, which is about half the price of the Japanese bullet trains. It’s really efficient and quicker than flying. 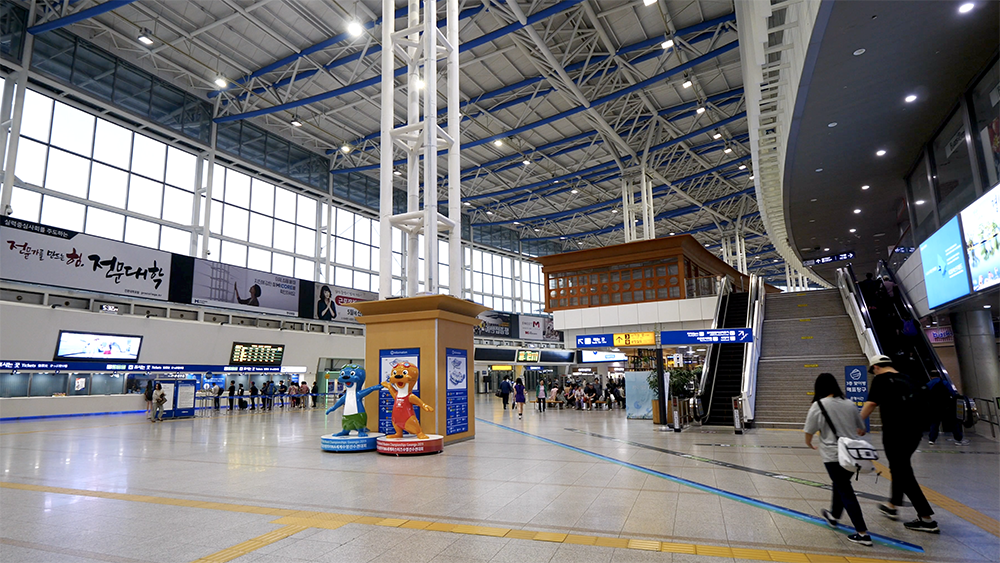 Seoul Station is the biggest station in South Korea, but it’s still small when compared to the ones in Japan and China. There are 15 tracks and we had about 15 minutes until we had to catch our train. 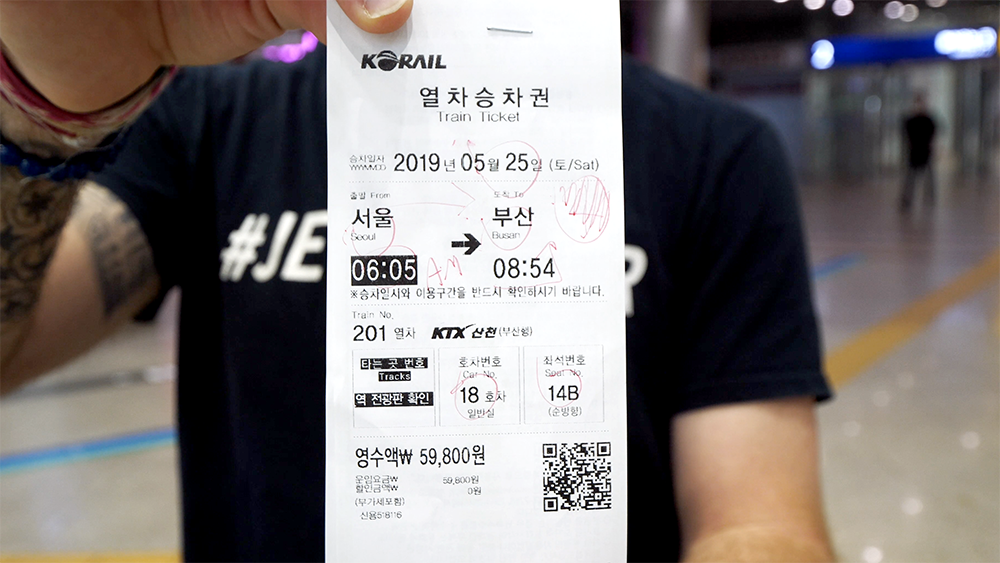 When you go to Korea, remember to be on time for your trains. They leave five minutes after they arrive and will not wait for you. Once you leave the main hall, you’ll get to the tracks. Our track was number 4 and there were no delays. 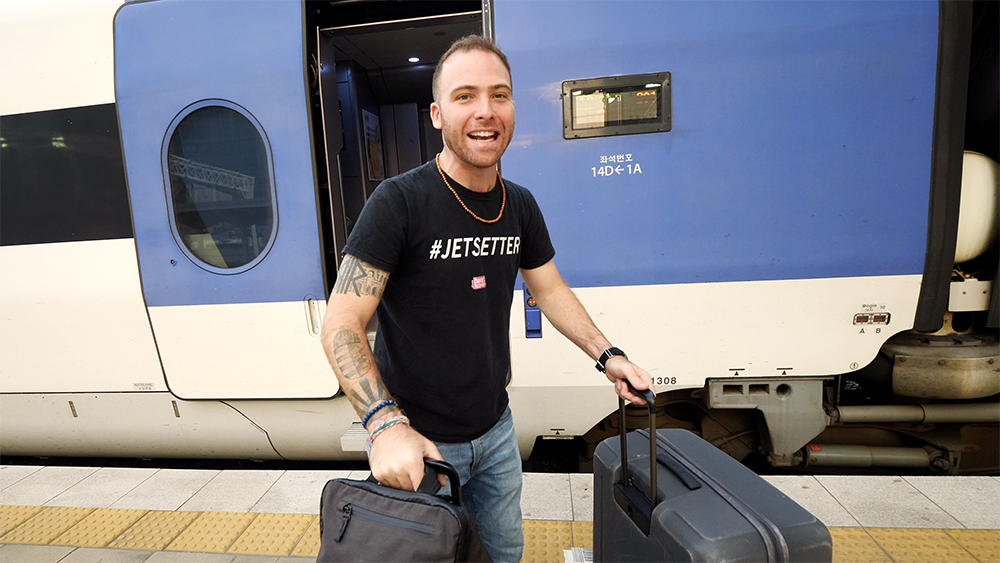 After boarding, I got to check out the train. There’s an area for luggage right inside the car. Korea is really safe, so you don’t have to worry about it! The seats recline and there’s free WiFi onboard. There’s also tons of legroom even if you’re six feet tall like me!

The KTX Korean bullet train started its service in 2004 and travels at speeds up to 190 mph. I slept for about 90 minutes and by the time I woke up, we were 10 minutes from Busan. The ride was super quiet and smooth even though it was filled to capacity. It makes a few stops and takes about 2 hours and 15 minutes. Outside, there were lots of big, green hills, farming communities, rice communities, and lots of tunnels. I couldn’t wait to get to Busan and eat a huge breakfast! 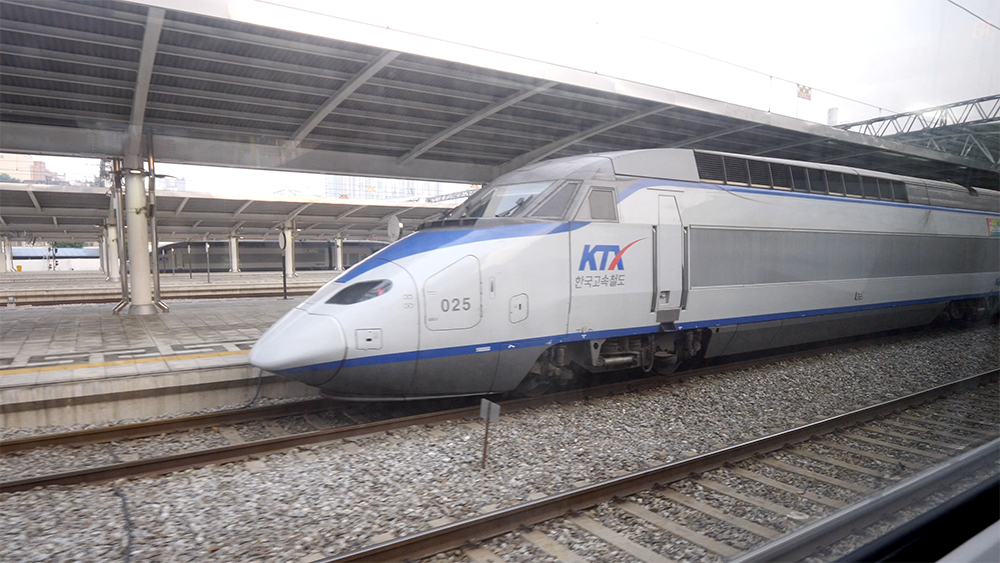 I was starving once we arrived in Busan! We made it to the main terminal but didn’t want any sweets like doughnuts, so we went to a bibimbap café on the second level. You should always eat local food as much as possible when you travel! 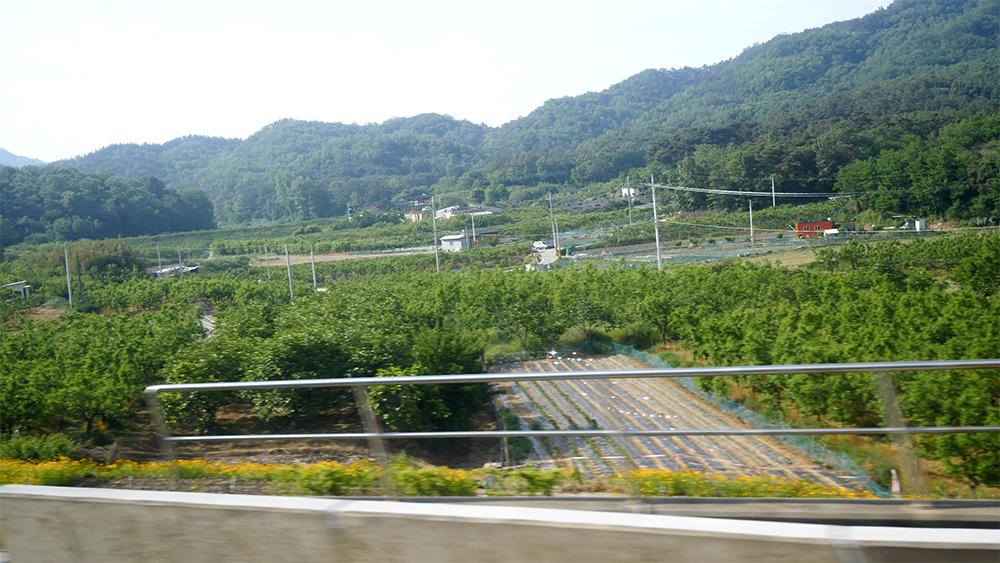 Sam ordered for us. I got a tuna and kimchi bibimbap, while Sam got a pumpkin and rice porridge. Mine was essentially a rice bowl with tuna, kimchi, seaweed, cucumber, radish, and mushrooms. On the side, I had more kimchi, a root vegetable, and a soup. It’s served in a stone pot, which burns the bottom of the rice and makes it extra delicious!

Check out the 10 Korean Food Experiences You Must Have in Busan, South Korea

I added a delicious red sauce and mixed everything together. It was right up my alley and so delicious! I loved the burned rice. It was a nice explosion of flavors and textures, from the tuna to the rice to the crunchy vegetables. I was blown away! It was so tasty and filling! 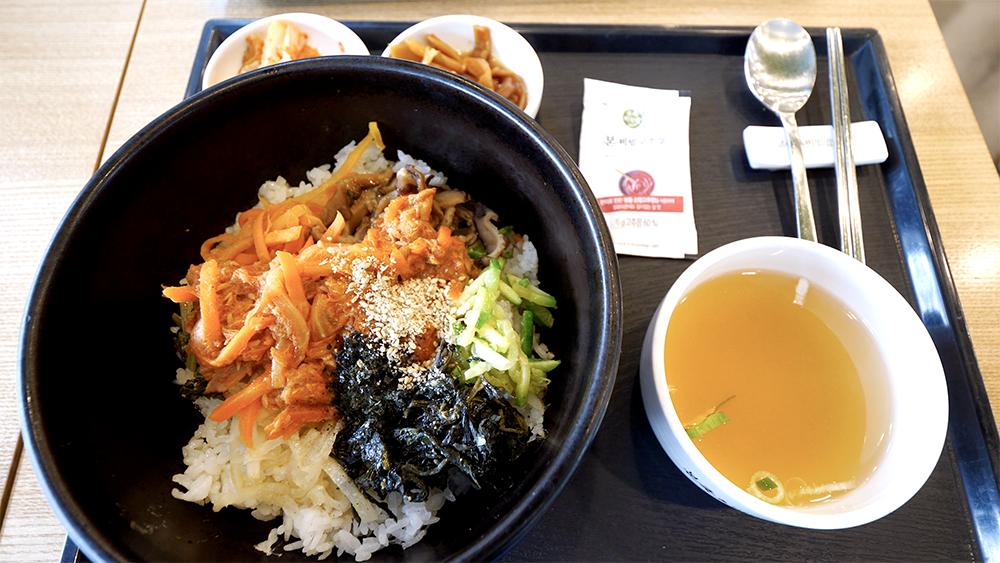 What an eventful four-hour journey to Busan! 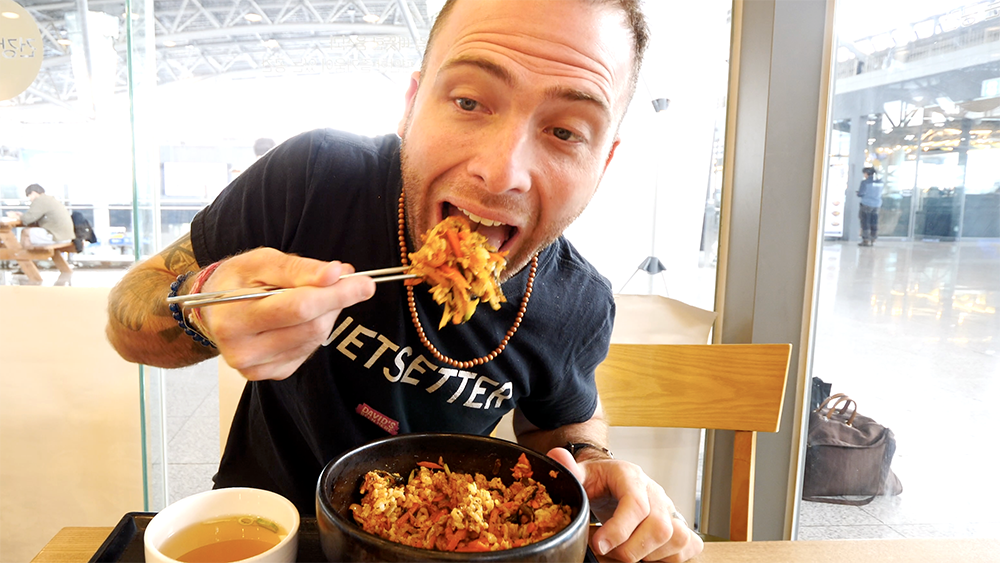 I hope you enjoyed coming with me to Busan on the KTX Korean bullet train! If you did, please give this video a thumbs up and leave me a comment below. Also, please subscribe to my YouTube channel so you don’t miss any of my upcoming travel/food adventures!