My first day in Suriname continued with an unforgettable and diverse Surinamese food tour around Paramaribo for lunch! Come along with me as I sample some of the best foods and alcoholic beverages in Suriname and see more of its amazing capital city! 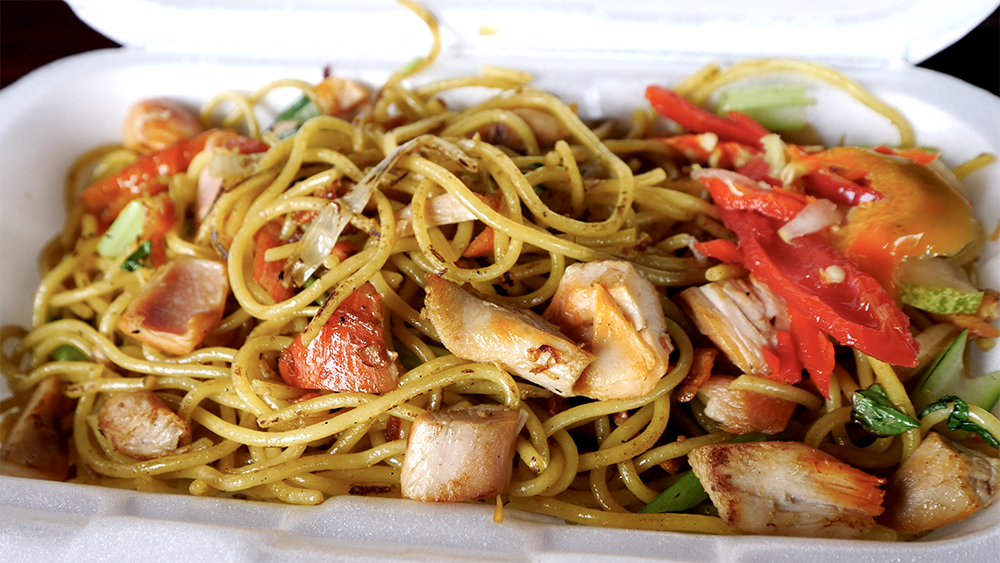 My Surinamese food tour began with my boy Imro from Jenny Tours at a spot called Wok on Fire, which sells Chinese food! There is a sizeable Chinese population in Suriname because indentured servants from China came to work in Suriname after slavery was outlawed. This spot is run by Imro’s family, so I couldn’t wait to meet them and try the food! 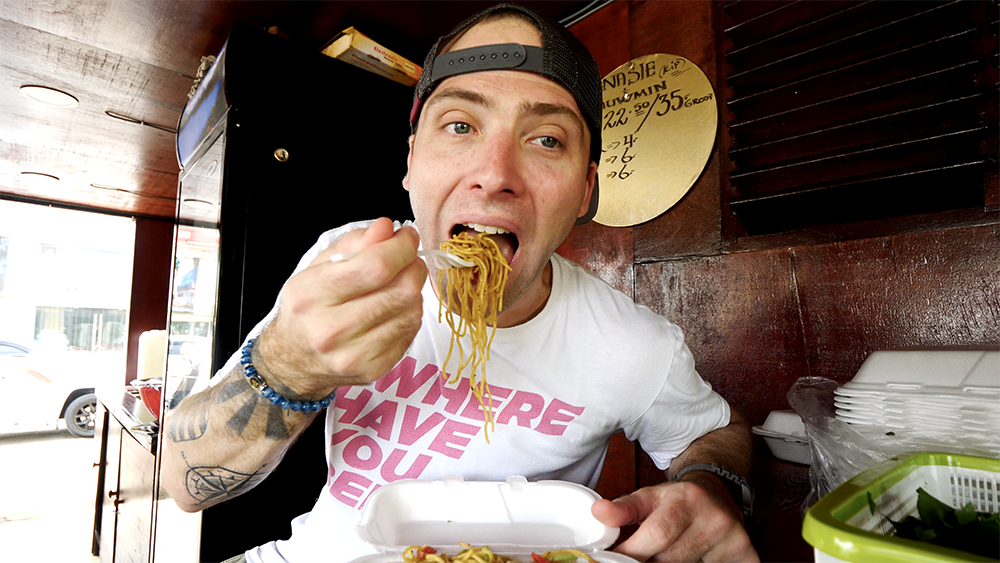 First, I got some chow mein. It looked phenomenal! It contained chicken and lots of veggies, including peppers. The variety of peppers with the chicken was a fantastic combination. It was so fresh and really hot, temperature-wise. The chicken was nice and tender, and the noodles had a bit of spice to them! I bit into a huge chili and the heat hit me out of nowhere and made me stop for a second! It was like Chinese food with a tropical flair, and I loved it! Best of all, it only cost $3 USD!

Check out the Top 10 Things to See and Do in Amsterdam, The Netherlands

From there, my Surinamese food tour continued with an outing to get a cold beer. It was almost noon and it was in July, so it was scorching out. As we rode to our destination, I could see lots of small, older buildings in the Dutch style and lots of restaurants. We arrived at the Suriname Supermarket and found four types of Atlas beers. They had alcohol content levels of 8.5%, 12%, 14%, and 16%! I got the Mega Strong, which was the 16%. It cost 16 SRD or about $2 USD. 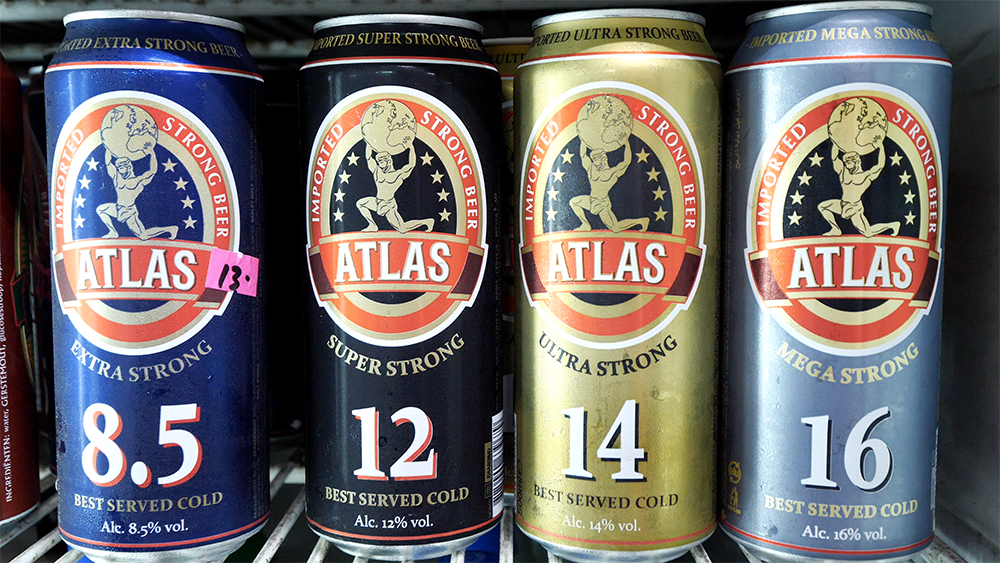 It was strong and was from the Netherlands. It was definitely intense! It’s an American malt beer. Imro and I shared it; if we hadn’t, we would have been in trouble! 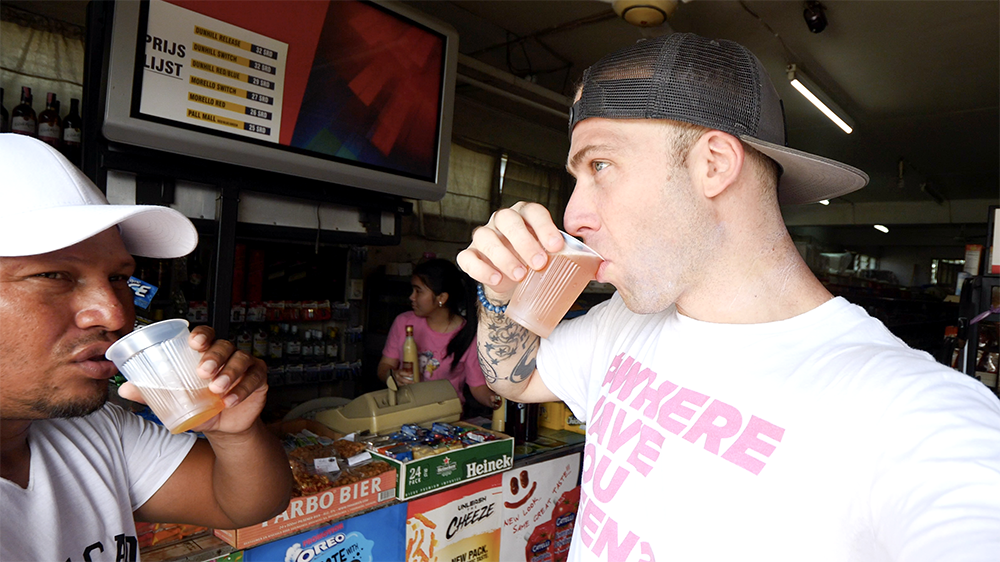 My diverse Surinamese food tour continued at a really nice soup cafe called Souposo. They have a bar and a terrace in the back. Their signature soups are the Crunchy Pinda, which is an African-style soup, and the Saoto Soup, which is more Javanese-style. I went with both and got some refreshing coconut water as well! 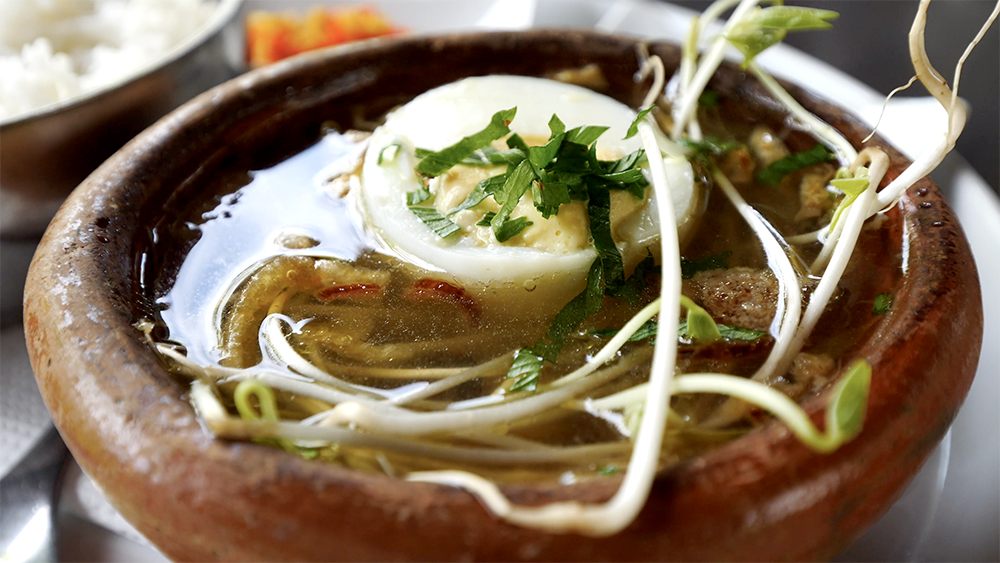 The Crunchy Pinda is a creamy, peanut soup with chicken and the Saoto is a thinner, Indo soup with an egg and sprouts. I had some hot sauce, diced chilies, bread, and rice as well. 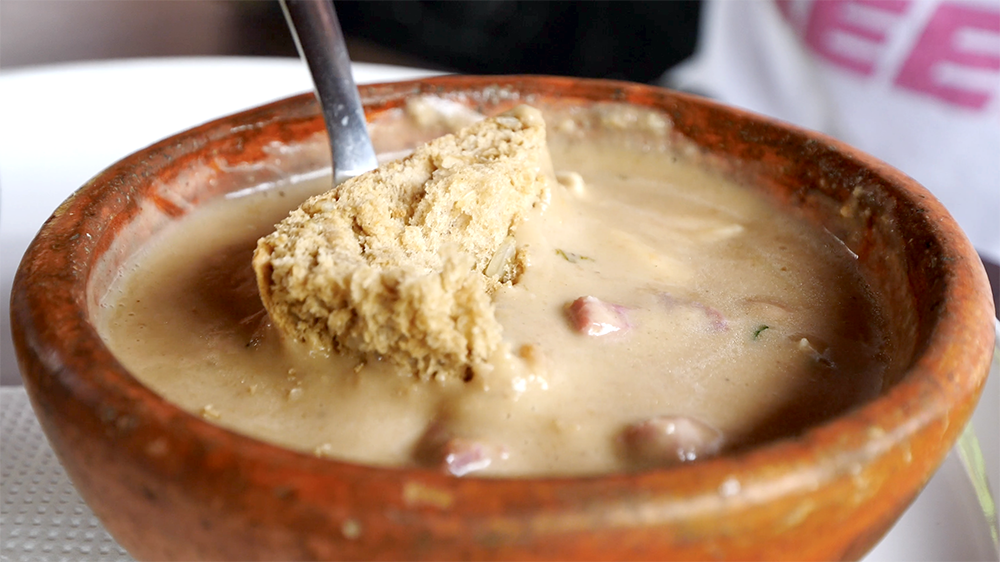 The Crunchy Pinda was incredible. It was like a creamy and filling peanut butter soup with chicken. I dipped some bread into it, which was amazing. Meanwhile, the egg in the Saoto had a different taste to it.

Check out the 5 Things to See and Do in Hermanus, South Africa

The sprouts were nice and crunchy and contained lots of onions. There was also a spicy soy sauce, which I added to the Saoto. It was fantastic! There was also a spicy element that is considered a level 5 of the spice level. It contains cayenne and chilies! I tried a spoonful of it by itself; it wasn’t that bad! 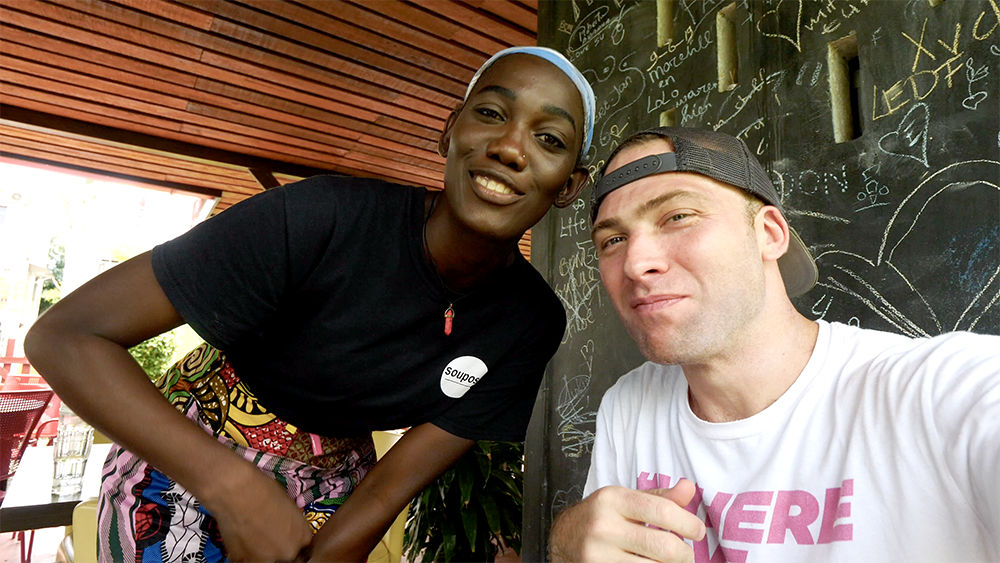 Then I added rice to the Crunchy Pinda, which was insane! I loved it so much. I learned a lot about the soups from my waitress and new friend Soiska, who also brought me a sample of the soup of the day, which contains brown kidney beans. It was a tasty, creamy vegetarian soup! 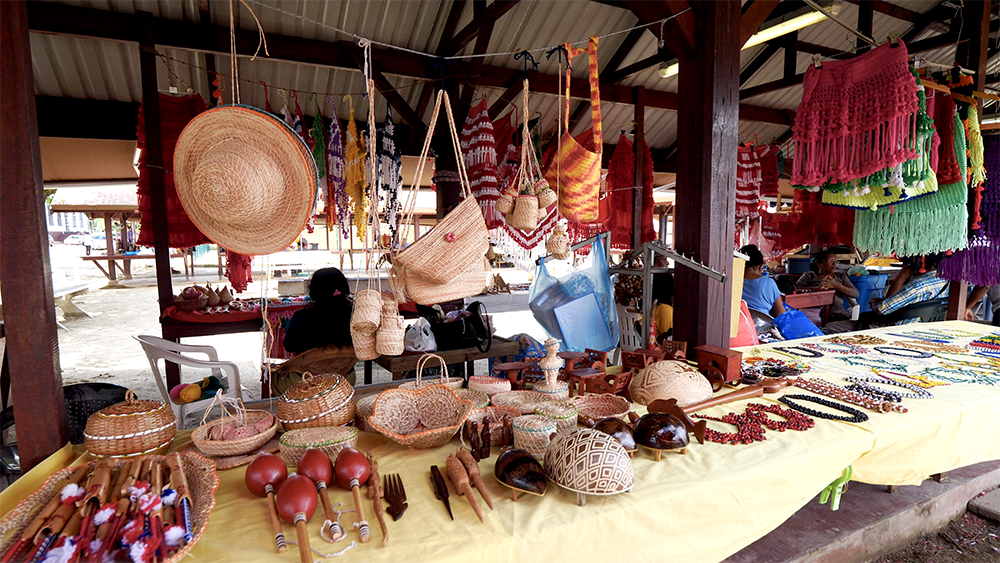 Next, Imro took me to the Suriname riverside, where there was an ethnic craft market! There were lots of jewelry, clothes, carved maracas, and more. I found a turtle piggy bank for 50 SRD, or about $8 USD. The vendor even gave me a surprise for being her first customer of the day! 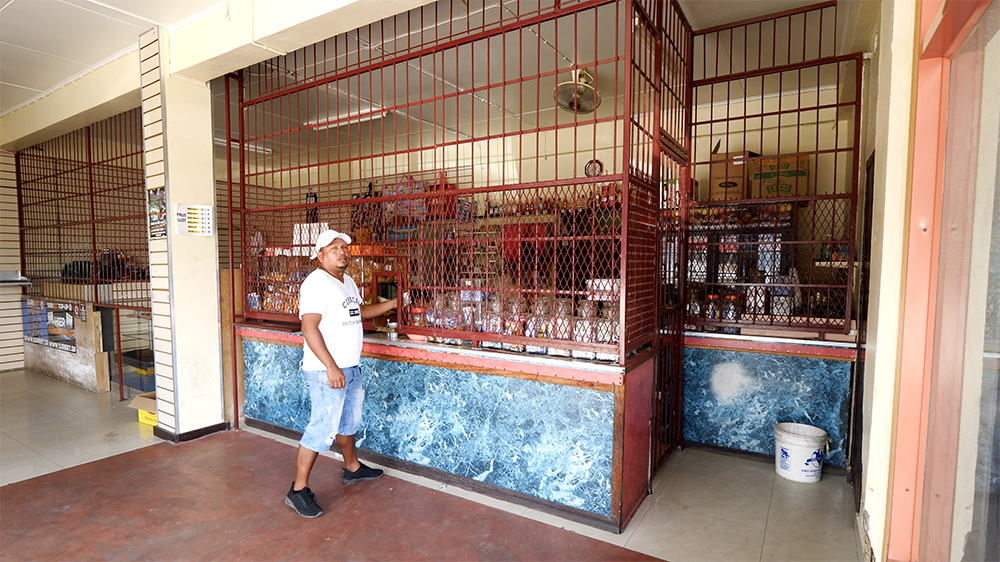 From there, we picked our Surinamese food tour back up by going to a Chinese bar called Lai Ghoon to have a 90% rum. It’s the strongest rum in Suriname! There, we tried the Mariënburg rum, which Imro lit on fire inside the cap! It was insanely strong and numbs your whole mouth! We diluted it with water, which still too much! It’s the strongest rum I’ve ever had in my life! 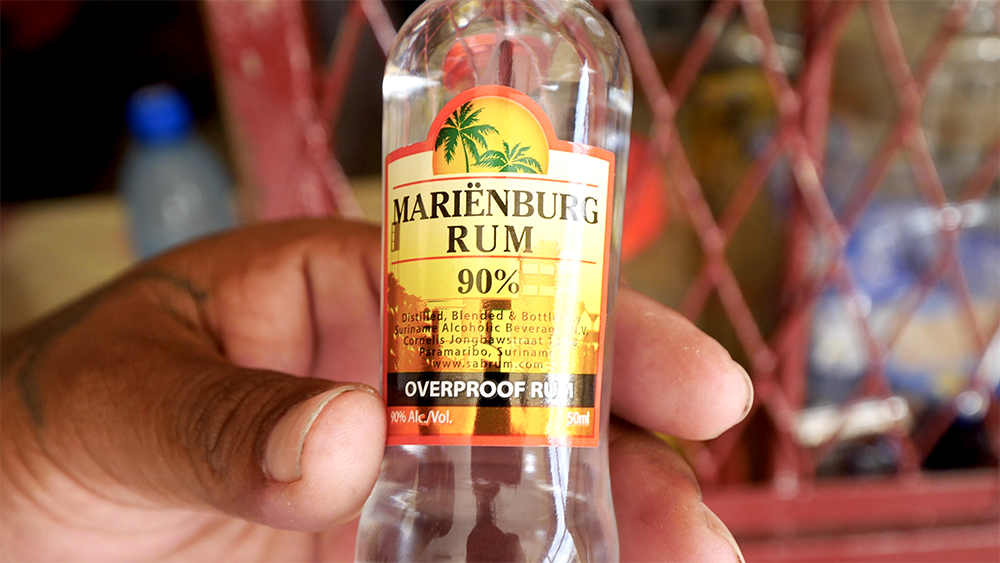 I hope you loved coming with me on my Surinamese food tour around Paramaribo! If you did, please give this video a thumbs up and leave me a comment. Also, please subscribe to my channel so you don’t miss any of my upcoming travel/food adventures!