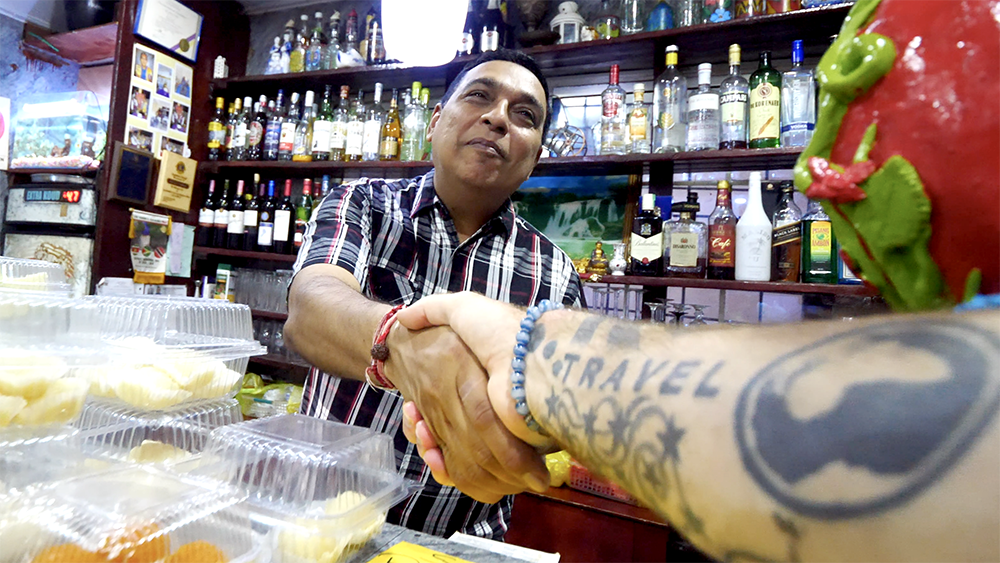 I linked up with my boy Jan from Jenny Tours, who took me to Martin House of Indian Food for dinner. He says it’s the best Indian food and he actually went to India based on my video recommendations! A lot of people from the states of Bihar and Uttar Pradesh in India came to Suriname as indentured servants in the 19th century, and they brought their food with them! I couldn’t wait to eat!

I met the employees inside and had some delicious, hot, and frothy chai with ginger and milk. The restaurant was nice, open-air, and spacious. There were some Buddha statues in the back! 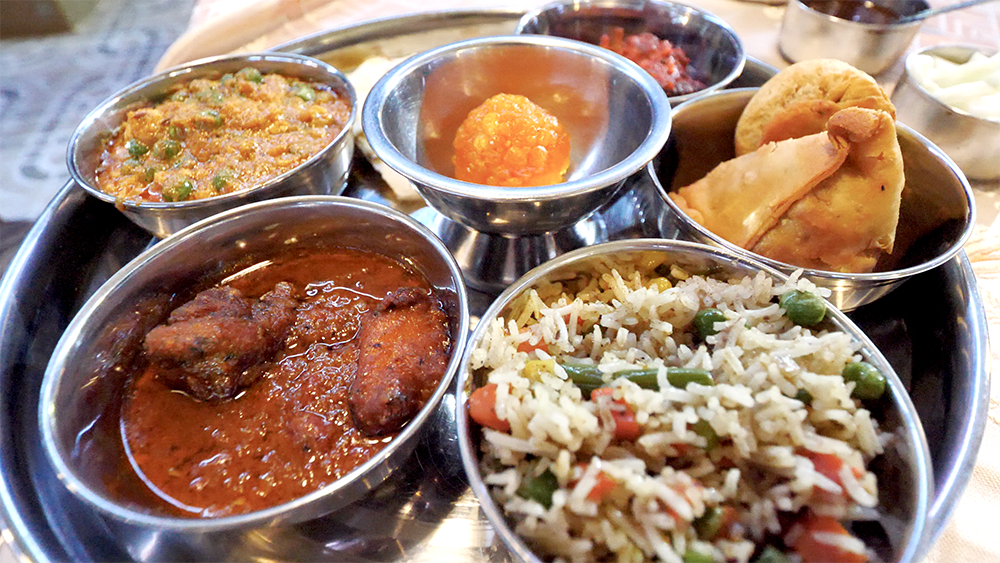 I ordered the non-veg thali with samosas, kachori, chicken tandoor, biryani, fish curry, paneer, roti, and jamun. There were also tamarind chutney and mango chutney. I started with the potato samosa, which also contained cardamom and was sweet! I added some tamarind chutney, which was amazing. Then I tried it with the mango chutney, which gave it a very tropical flavor. 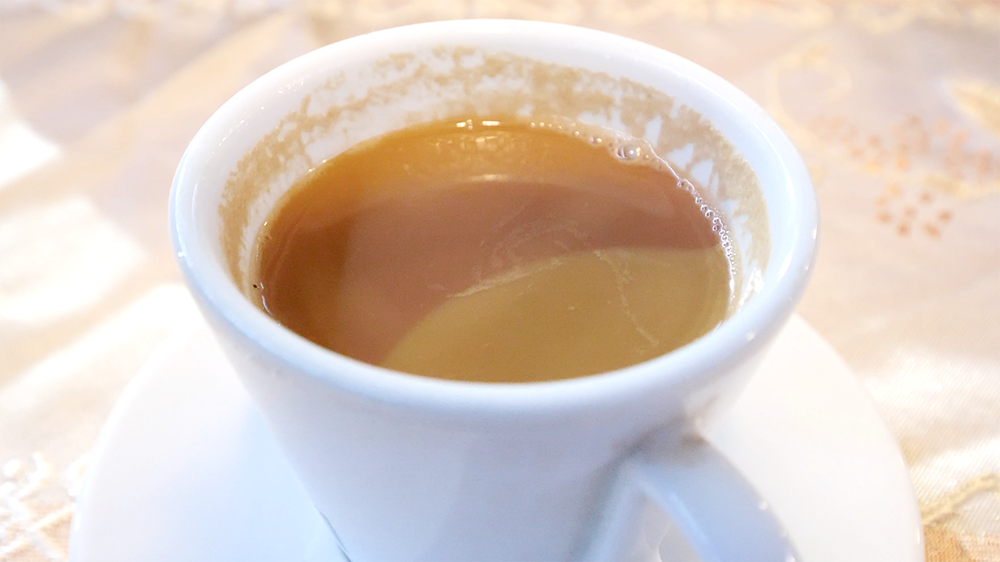 Then I tried the kachori, which was crispy and had raisins on the inside. It looked similar to a Venezuelan arepa but tasted totally different! Then I tried the veg biryani, which has a nice mix of spices and rices. There were carrots, peas, corn, and beans in it. 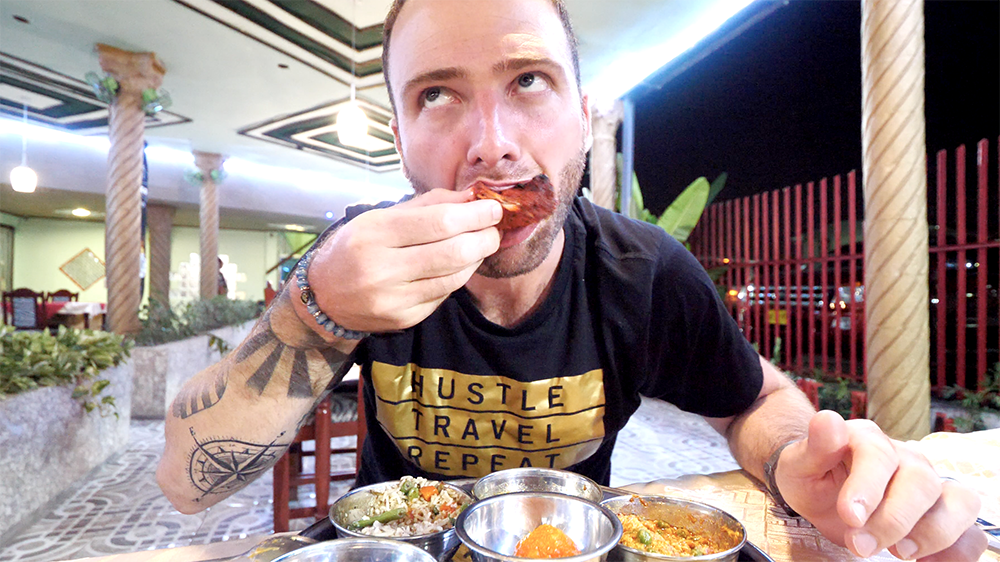 I went with the fish curry next, which was buttery and crispy on the outside. It had a tomato-based curry and was so tasty! I added some of the curry into the biryani, which was so good! Then, I tried the paneer, which is cottage cheese. It contained peas, which I’d never had before.

The chicken tandoor was delicious and not too spicy. The chicken in Suriname is always so amazing and fresh. It’s so much better than chicken that has been frozen. 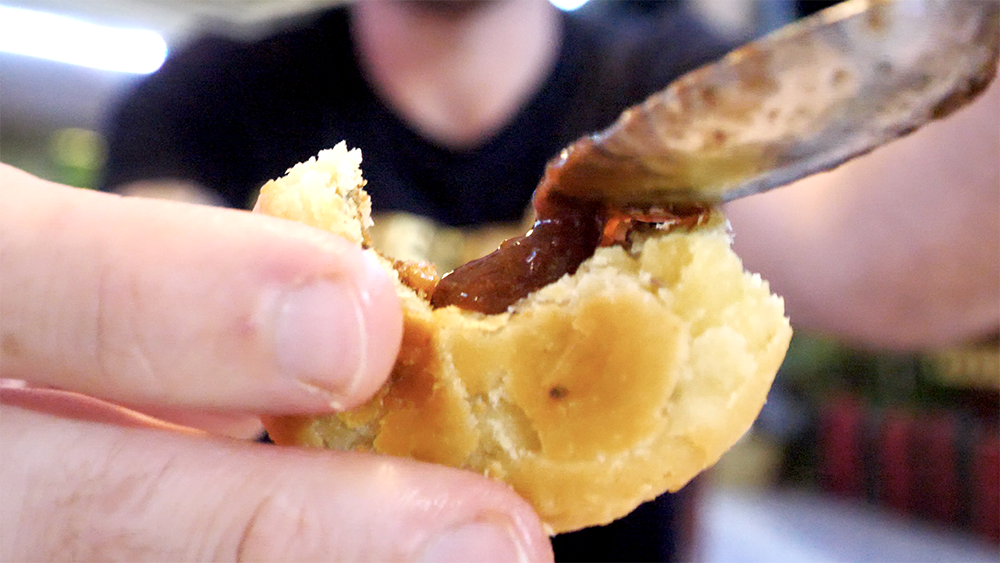 Then I grabbed the roti and tried it with the fish curry. The sauce was so good and I loved the contrast with the roti. Then I dove back into the paneer, which you have to eat with the roti! I added the fish curry to the biryani, which was unreal. If you’re looking for a good Indian thali in Suriname, this is the one you must try! 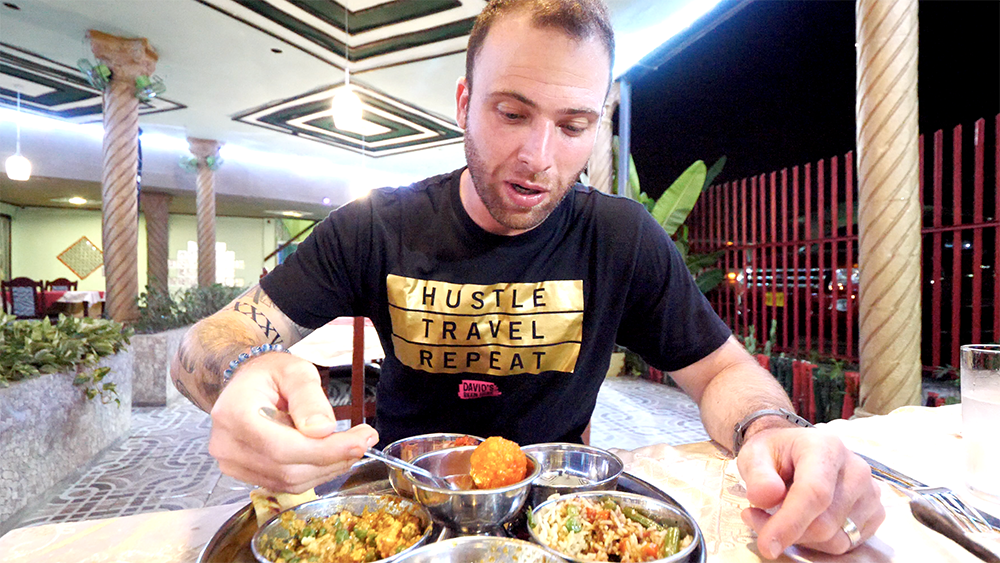 For dessert, I had the laddu, which was a delicious, syrupy bread ball. But I was loving the tamarind chutney. I had to tell Martin how outstanding his food was. I asked if he had lassi, and he did, so I went with a mango one! 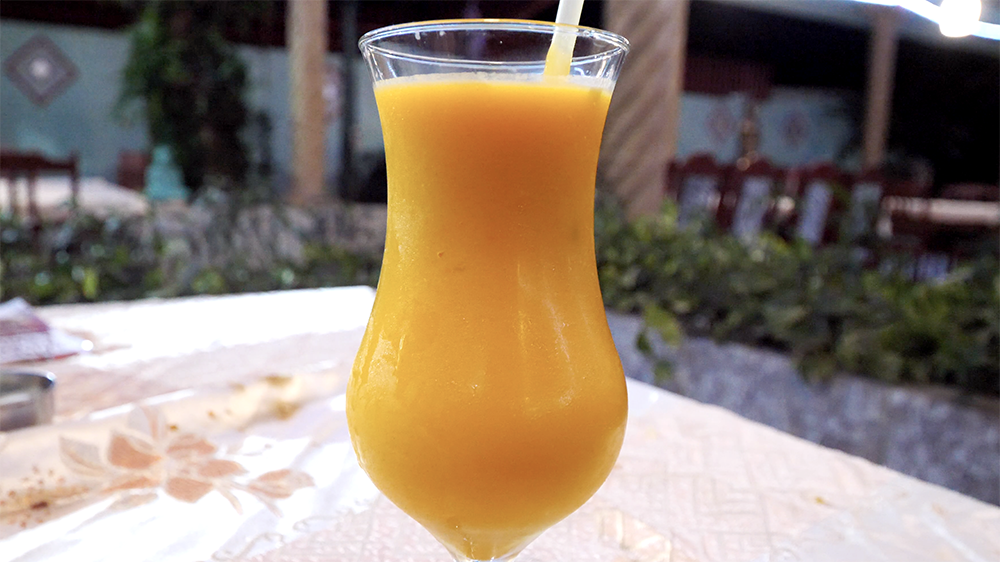 He also sold other desserts like gulab jamun, burfi, rasgulla, and rasmalai. The mangoes used in the chutney and lassi are grown on a farm nearby. The lassi was like a mango shake! It was sweet, thick, and so refreshing! It was perfect for a hot night like this. You have to come to Martin House of Indian Food when you come to Paramaribo!

Check out the Top 10 Places to Visit in Suriname

I hope you loved coming with me to Martin House of Food for my mind-blowing Indian thali in Suriname! If you did, please give the video a thumbs up and leave me a comment below. Also, please subscribe to my YouTube channel so you don’t miss any of my upcoming travel/food adventures!