My second day in Suriname was another epic adventure! I started my day with a breakfast tour of the local markets in the capital of Paramaribo, where I explored some incredible Surinamese Chinese & Indonesian breakfast markets! Join me as I head out to experience more of Paramaribo! 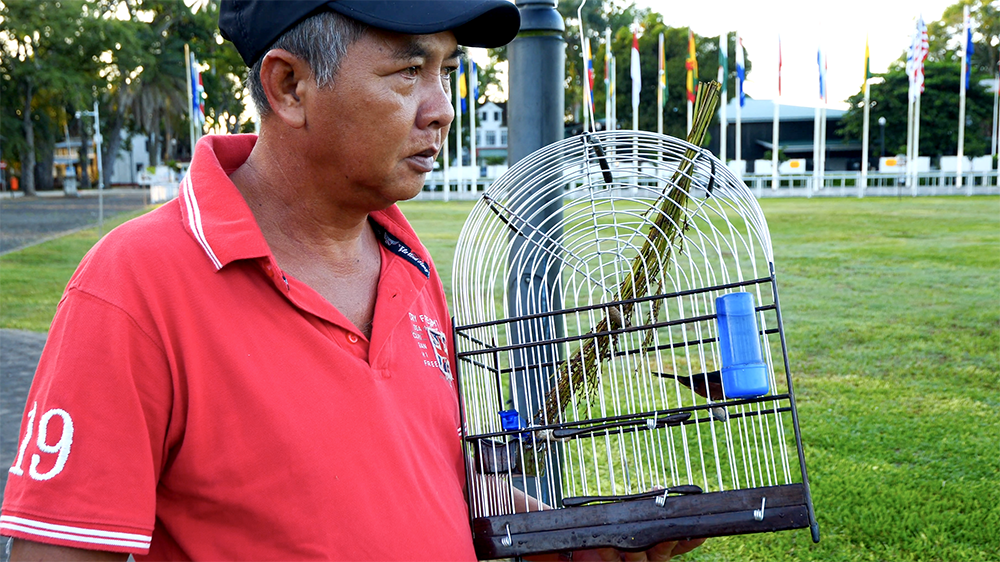 My buddy and guide Imro from Jenny Tours took me to Independence Park. On Sunday mornings at 6:30, people bring their birds to show them off! 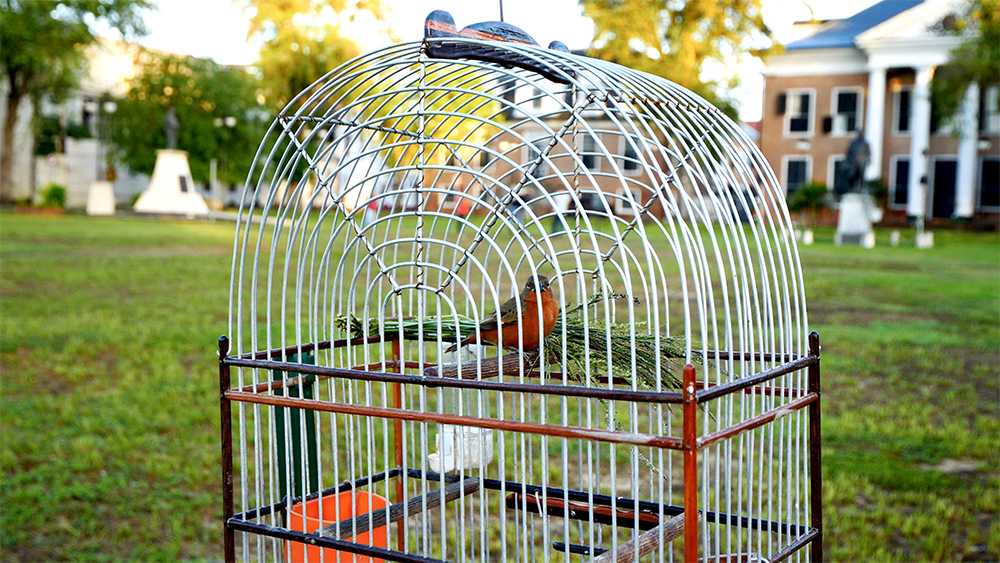 By the time I’d finished taking a look at the birds, I was super hungry and couldn’t wait to eat! We headed over to the Chinese market, where there were yellow tents selling lots of different Chinese street foods. I saw my favorites, pork buns! They also had lots of dumplings. It took me right back to my time in China!

Check out the Top 15 Things to See and Eat in Shanghai, China

I got a pork bun, a chicken bun, chicken shumai, beef balls, and pork shumai. I started with the pork bun, which I can eat every day in China. It was super juicy and had a nice, flavorful sauce. The pork was really nice and tender and the bun itself was really flaky. It tasted almost the same as the ones I had eaten in China! 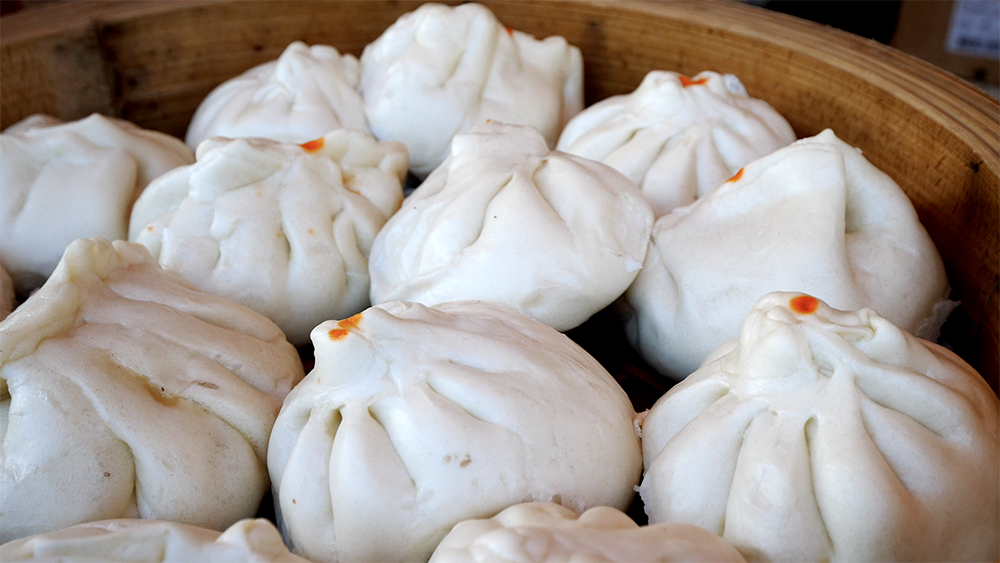 The chicken shumai with soy sauce took me back to Shanghai! The beef ball was gamy and dense. Meanwhile, the pork shumai was tasty and airy. It was my favorite! The only thing that took away from the authenticity was the fact that I was eating it with a fork instead of chopsticks. 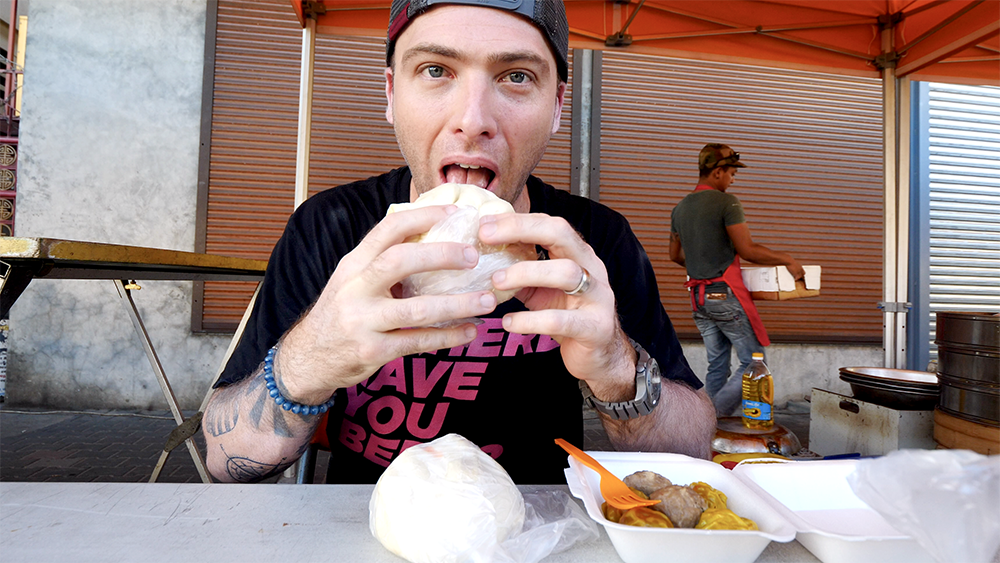 The chicken bun was incredibly tasty. It was filled with chicken and a rich, red-orange sauce. It had more meat than the pork and was the better of the two! 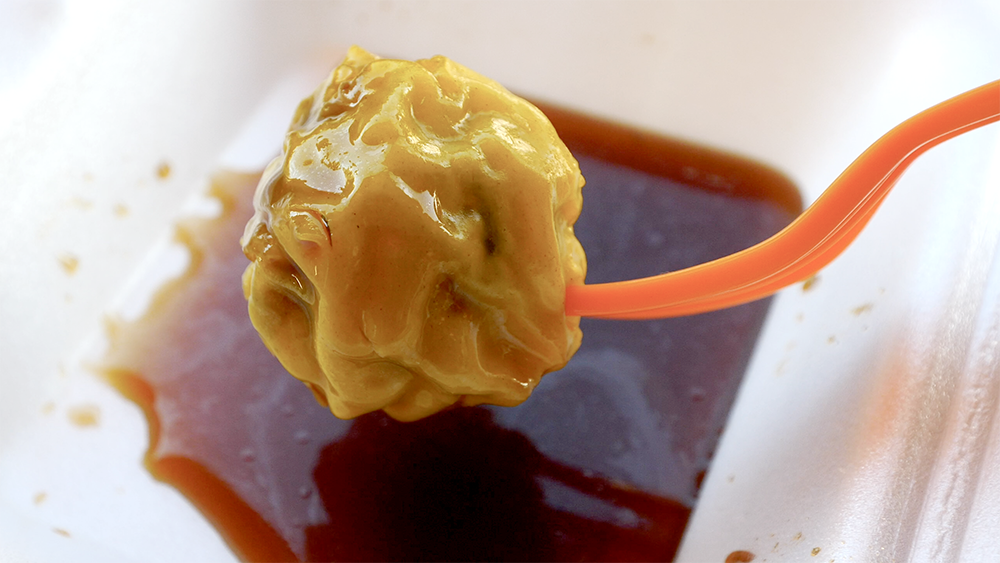 Then we saw some fresh and fried tofu, buns with cream inside, chicken, pork, buns, and even Chinese pizza. I was already loving these Surinamese Chinese & Indonesian breakfast markets!

Check out the Top 10 Things to See and Eat in Suzhou, China

Further along are vendors selling vegetables, including some I had never seen before. There was a type of eggplant that I wasn’t familiar with, some frozen seafood, and roasted duck! There were also sausages, which I couldn’t wait to taste! 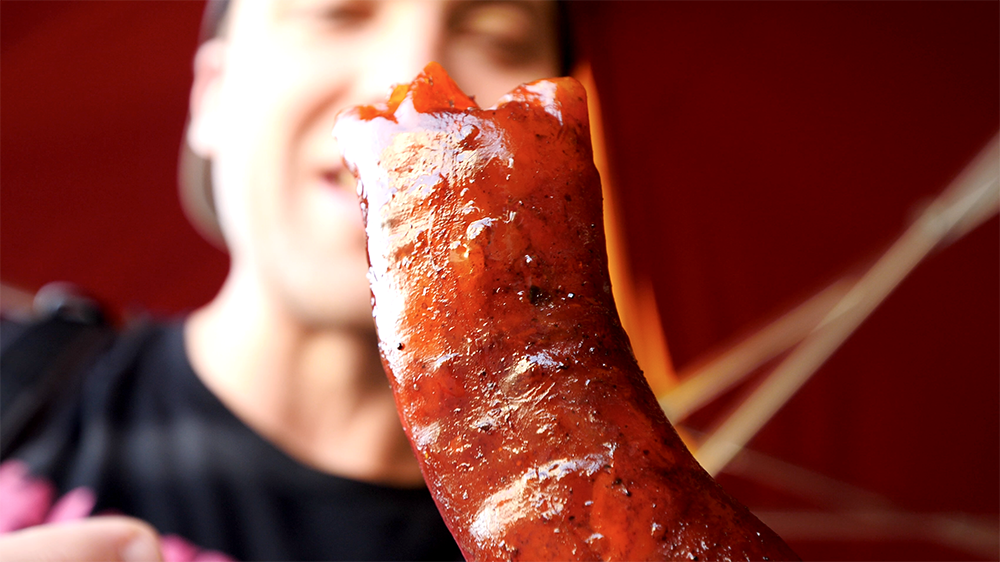 The sausage looked like chorizo and was coated in a delicious, Chinese sauce. The wrapper was tough, but the pork inside was tasty and super fatty! I also got 5 fried fish balls on a stick. It wasn’t my favorite, but it was decent. It needed hot sauce! 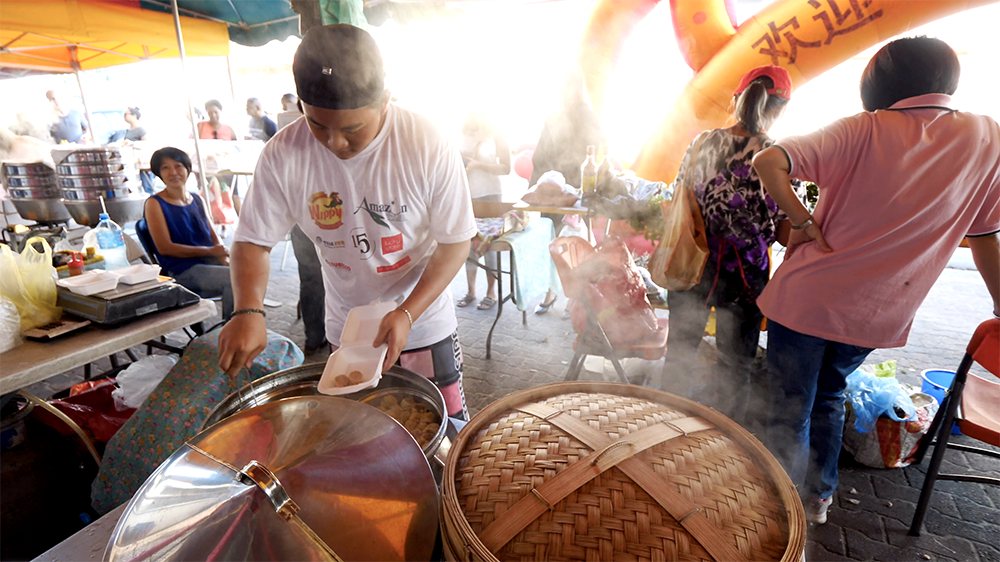 This Chinese market opens every Sunday at 7 a.m. There are so many things to try! Then I got some sugarcane juice, which was so sweet and refreshing! 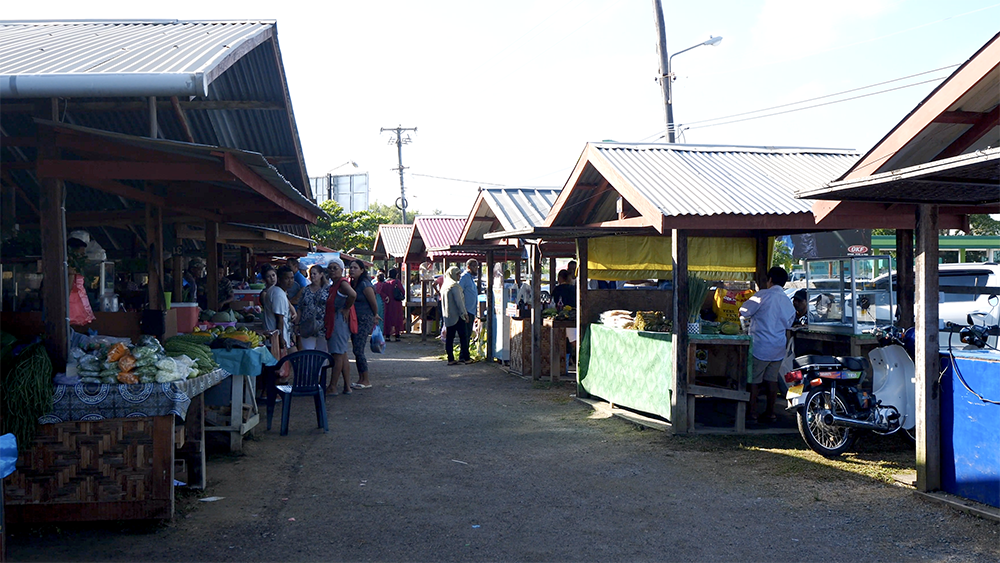 From there, Imro took me to the Javanese market, Saoenah Markt. It’s the biggest Indonesian market in Suriname. People from Indonesia immigrated here in the late 19th century. 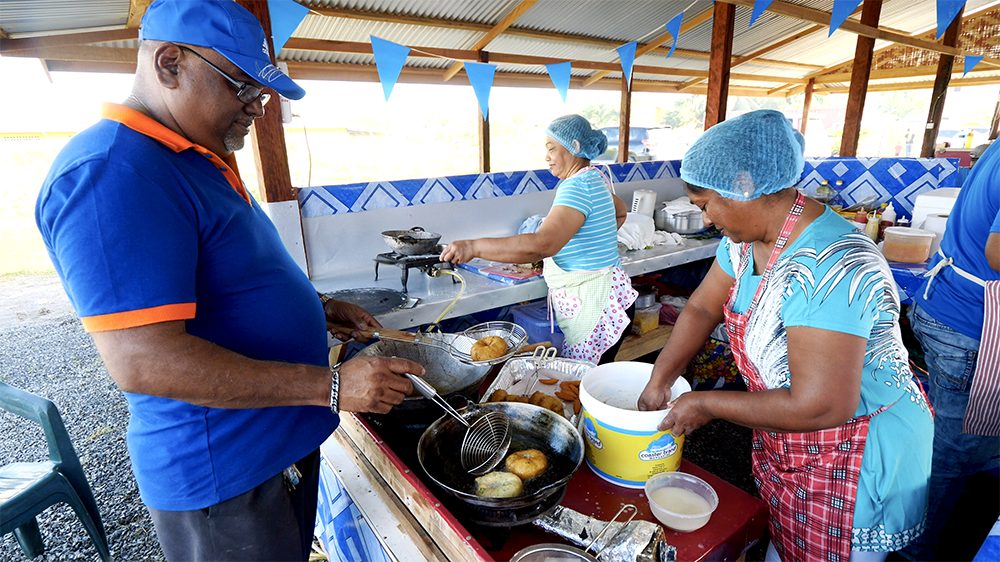 I found a vendor making Indian vada almost immediately. There were lots of vendors selling greens. I could see stomach and tons of other dishes like fried banana, satay, and small plates.

Check out the Top 10 Things to See and Eat in Hangzhou, China

I got some liver satay in a rich sauce, fried banana with peanut sauce, and a lumpia with spicy ketchup. The liver was so dense and the sauce had a peanut-like flavor. It blew my mind and was the best liver ever! The deep-fried banana was similar to a plantain and reminded me of a maduro. It was sweet and spicy! The lumpia was stuffed with tasty vegetables. There was some nice egg in it. Everything came to 15 SRD, or just under $2 USD. 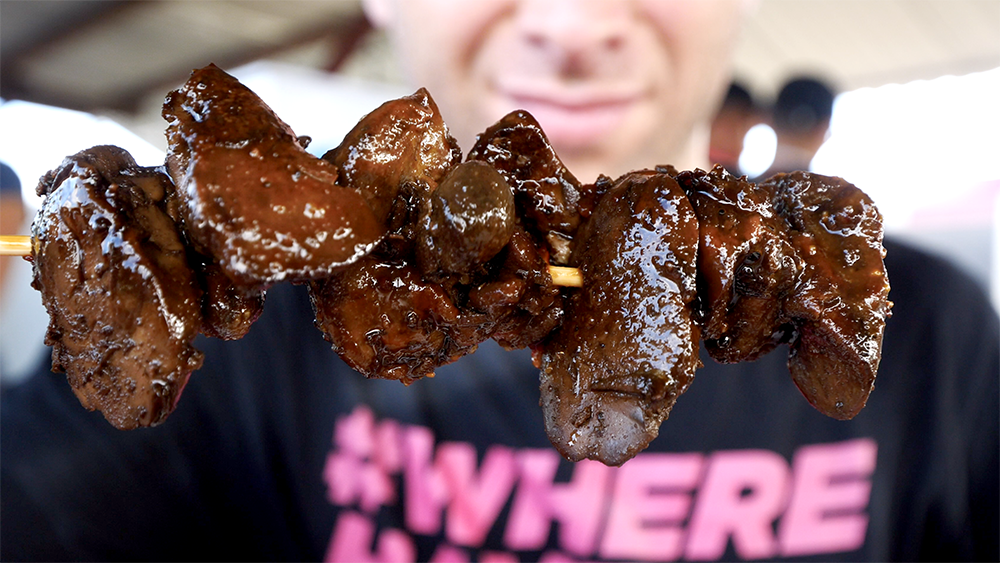 Next, I got a coconut and rose milk juice with small jellies on the bottom. It was sweet and refreshing. I was loving the diversity in Surinamese cuisine! Then I met a subscriber named Monica and her adorable baby. In addition to foods, there were also clothing and produce vendors there. These Surinamese Chinese & Indonesian breakfast markets were incredible! 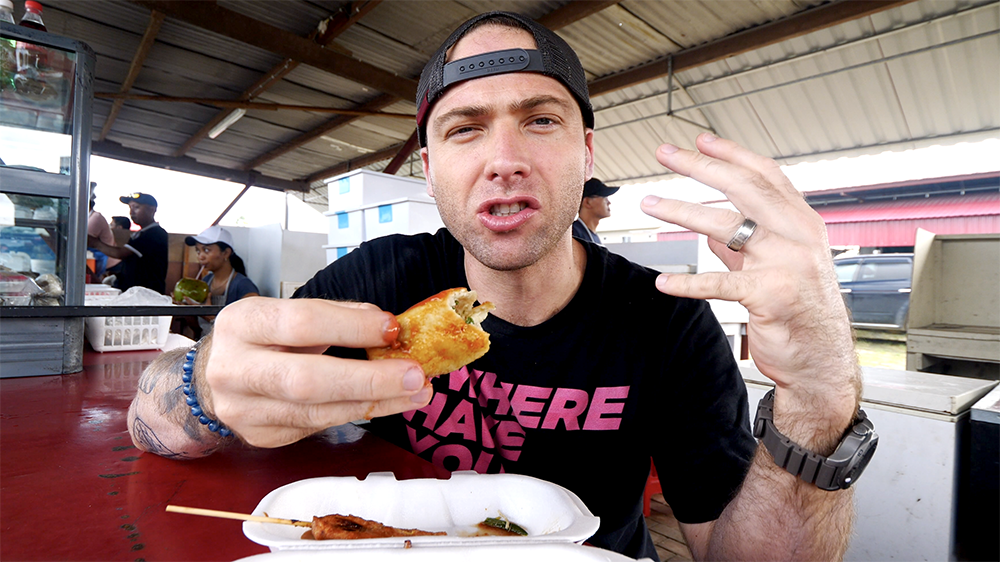 The heat was killing me, though! I suggest getting an ice slushy while you’re there to beat the heat. Next, we headed to a third market that sells clothing, produce, and wine made from cassava. It contained 2% and was nice and light. It had a rosy taste and was a little bitter and earthy. I loved it! 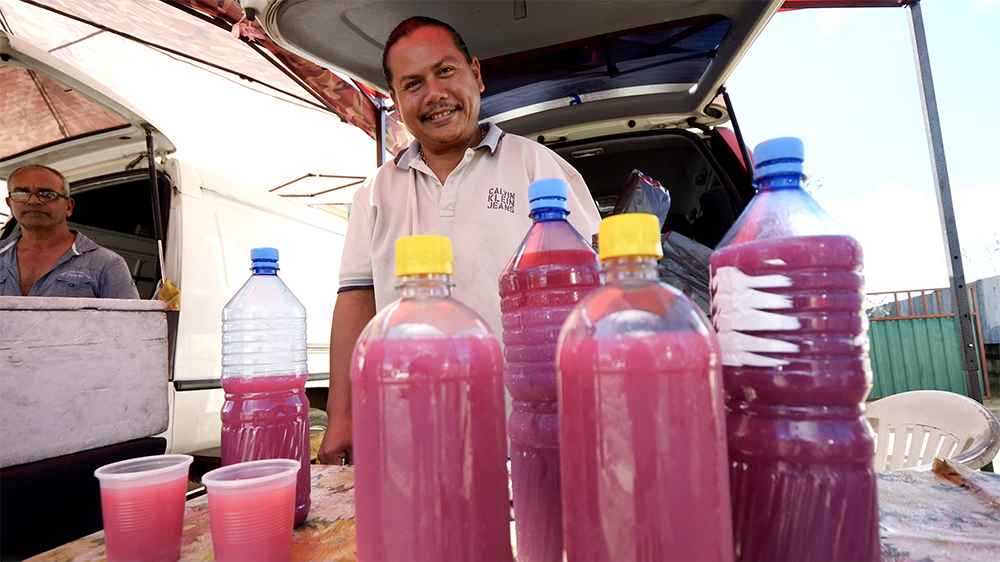 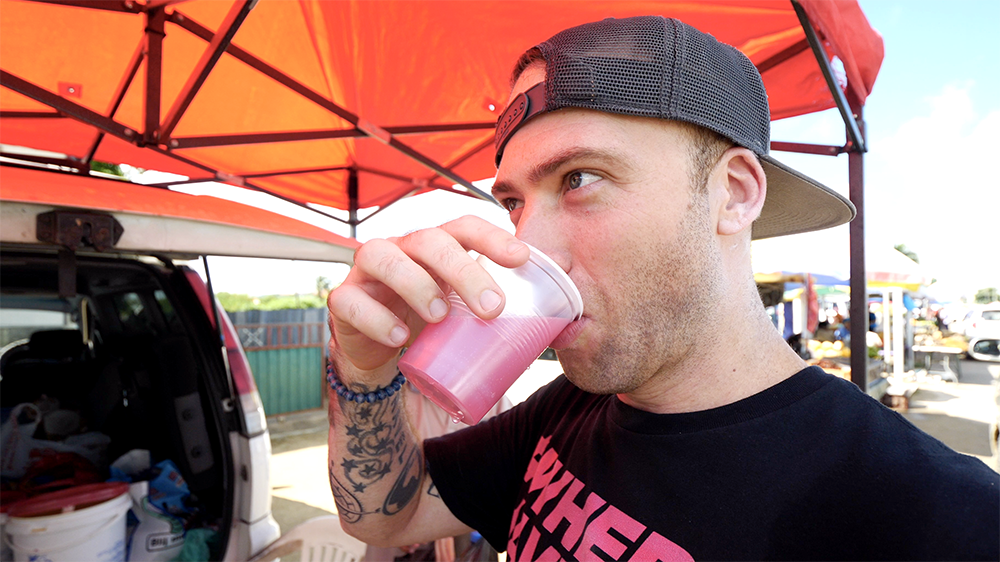 I hope you enjoyed my Surinamese Chinese & Indonesian breakfast markets breakfast tour! If you did, please give this video a thumbs up, leave a comment, and subscribe so you don’t miss any of my upcoming travel/food adventures!