After over six hours of traveling from Albina, Suriname earlier in the day, I had finally arrived in the Browns-Mountain area near Brownsweg, Suriname. Come with me as my guide and I set off to have some out-of-this-world Surinamese barbecue and beer in a local supermarket! 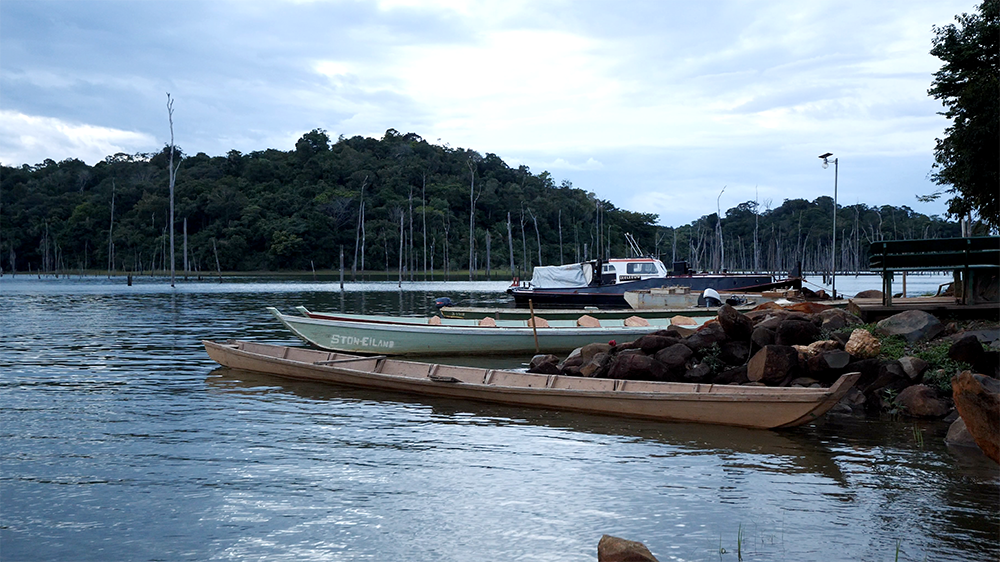 The largest lake in all of Suriname is located at Browns-Mountain. It’s a man-made lake that was created in 1964 after a dam was built. The lake filled up in just two months and covered an area that used to be a forest, so there are a lot of dead trees sticking up out of the water! 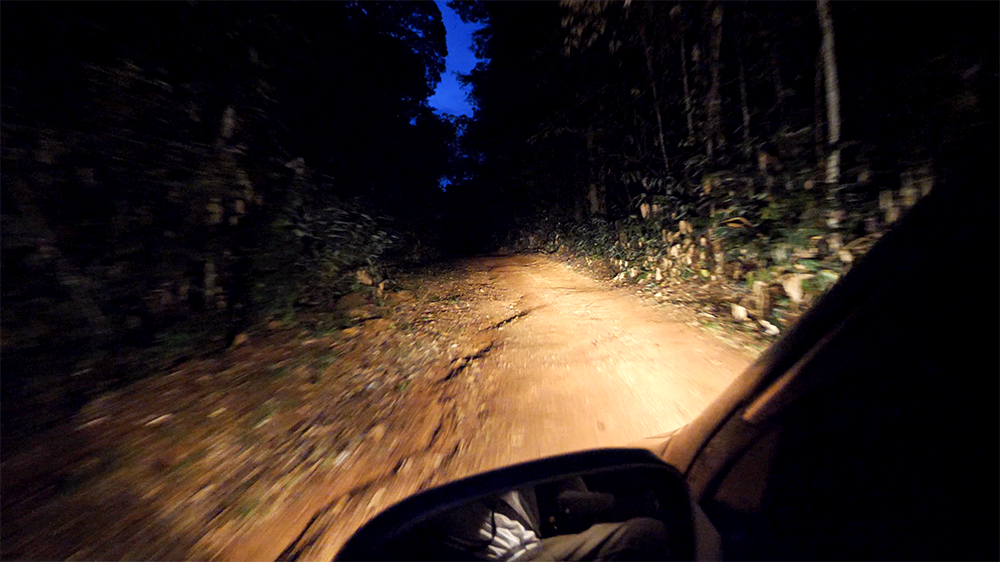 The road to Brownsweg isn’t great but my friend and guide Imro from Jenny Tours and I set off to go have dinner in town. The food in Suriname is diverse and includes Javanese, Indian, Chinese, Dutch, African, and native Surinamese food. There’s so much variety and it’s all super tasty! 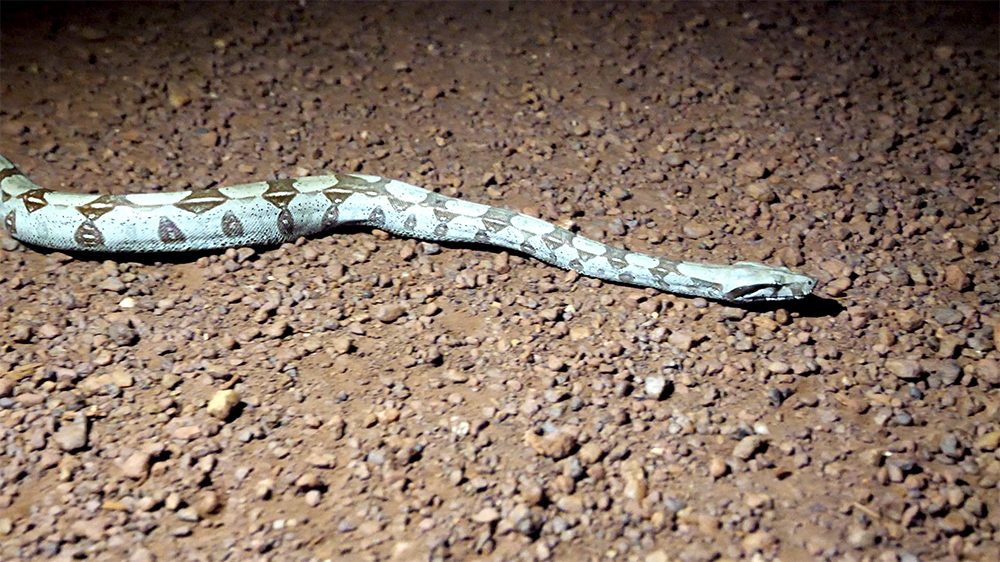 On our way down the muddy, dirt road, we spotted a boa winding its way in the darkness. There’s never-ending wildlife in Suriname! After arriving in Brownsweg, we drove around and searched for a restaurant selling barbecue. After a while, we found a small hut-like restaurant selling some. This is what village life is all about!

My Surinamese barbecue meal consisted of chicken with peanut sauce, and fries topped with mayo and ketchup. The chicken had a very Indonesian flavor. The chicken was amazing and the peanut sauce was incredible. It was smoky, with a charred flavor and crispy skin. I loved how fresh it was! It was like sweet and sour chicken. 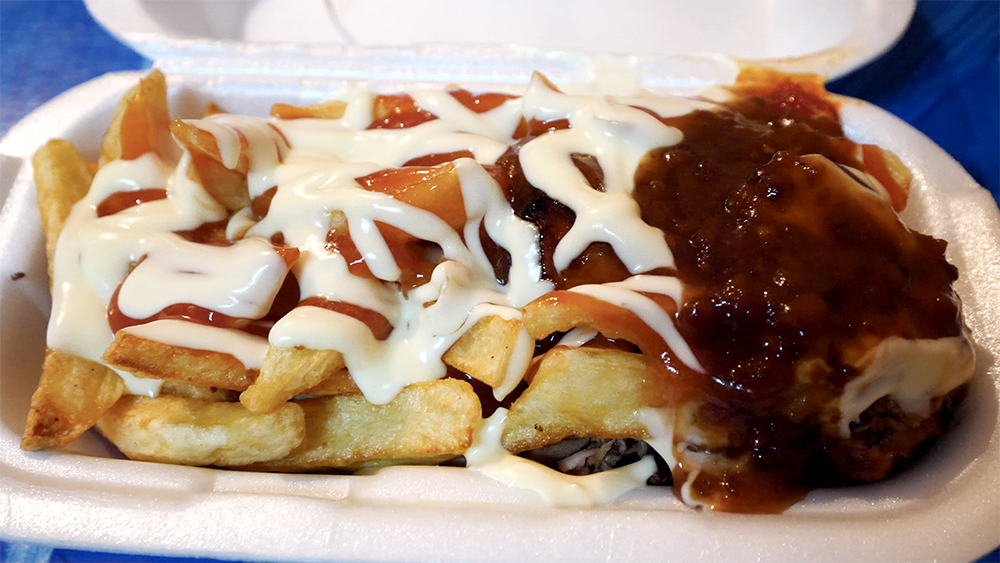 The fries were amazing with the peanut sauce as well. I couldn’t stop eating it! The meal was like Southern barbecue with an Indonesian twist. The only bad part is that it was hotter inside than outside! 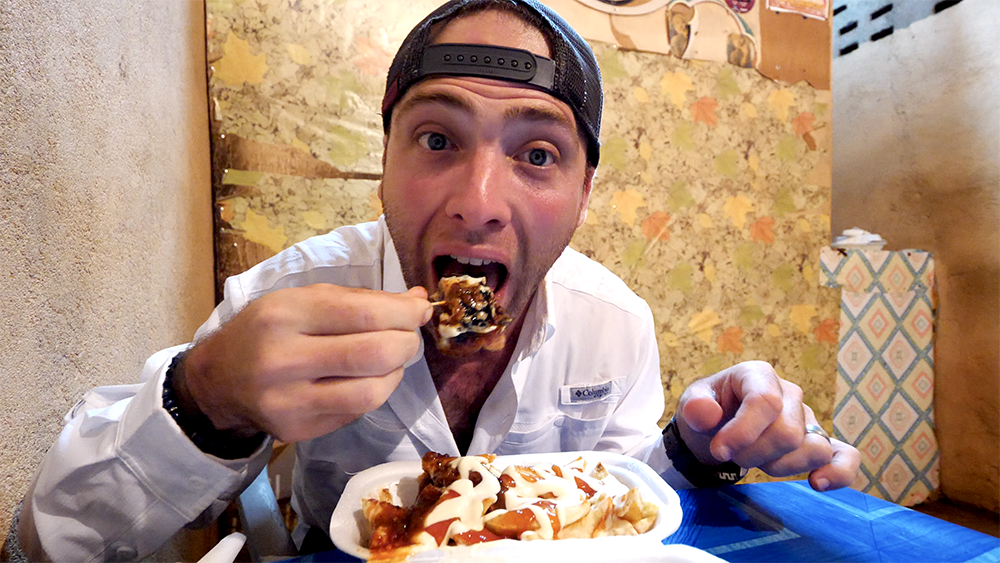 From there, I wanted to find some beer. There are lots of different ones, including varieties from France and a local Parbo bier. We got a Parbo and some Atlas beers. We bought six in total! They came to a little under $8 USD. We tried them in the supermarket! 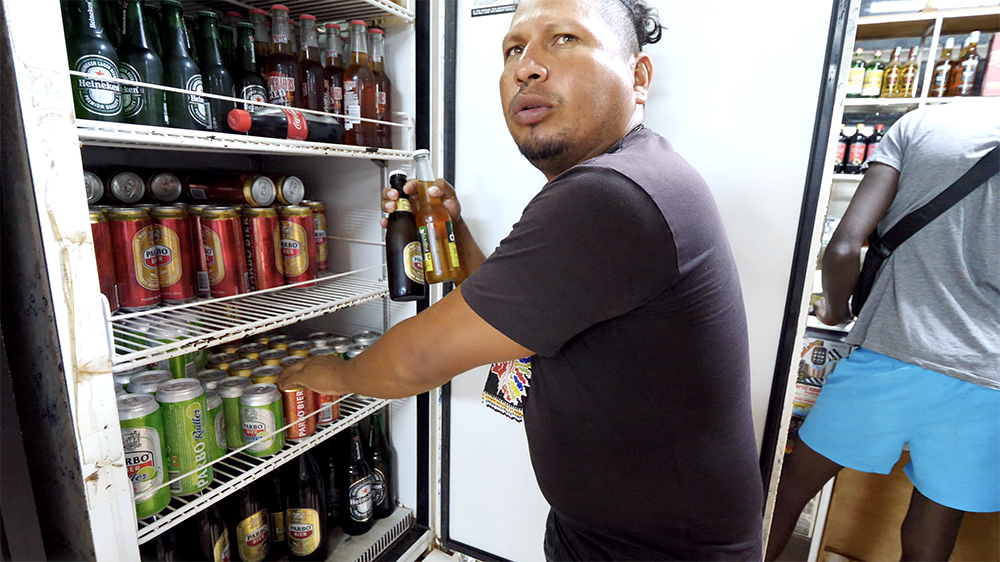 We started with the Atlas Ultra Strong, which is 14% alcohol. It had a different color and was OK. It was very strong and wasn’t my favorite. The Parbo 5% was a perfect palate cleanser after the Atlas Ultra Strong. The Atlas 12% was better than the 14% but still not good. I was already starting to feel them!

Check out The Fab 4 Beers of El Salvador

The Chiller Lime was like a lime juice and was another nice palate cleanser. Then we tried the Atlas 8.5%, which was the best. It was light and really nice. 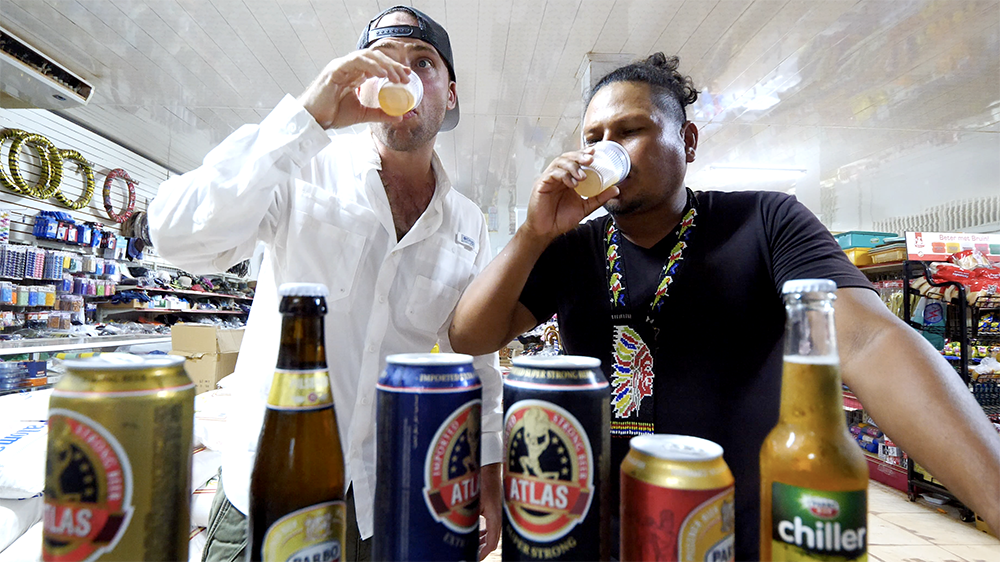 I checked out some of the clothing in the supermarket, which included camouflage hats and shoes. You can even buy a machete! There were also garments that people wrap around their head or neck, and women wear as a skirt. 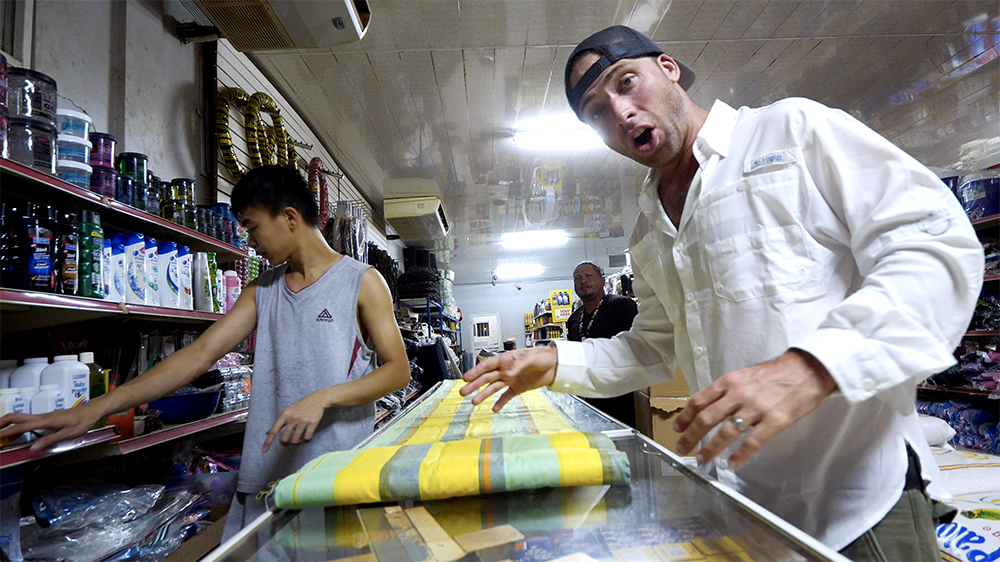 The guy cut me a meter and a half. It only cost me $3 USD. It would be great for protecting my neck from the sun! Meanwhile, we gave away the rest of our beer. We didn’t need the rest of it. I learned that there are a whopping 8,000 supermarkets in Suriname and that they’re mostly run by the local Chinese community. They’re everywhere! 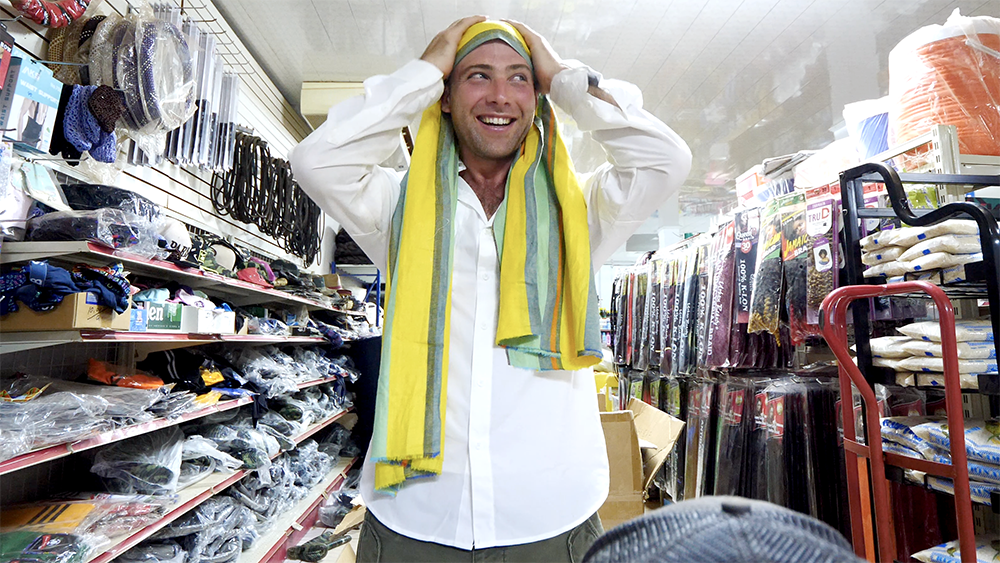 I hope you enjoyed coming with me to explore Brownsweg at night and have some Surinamese barbecue and beer!  If you did, please give this video a thumbs up, leave a comment, and subscribe to my channel so you don’t miss any of my upcoming travel/food adventures!

Have you ever tried Surinamese barbecue and beer? Let me know in the comments below!