During my time in Paramaribo, Suriname, I stayed in an amazing guest house that I can’t wait to show you! Come along with me as I take you on my Surinamese guest house tour of the Downtown Oasis and take you to meet some of the local wildlife! 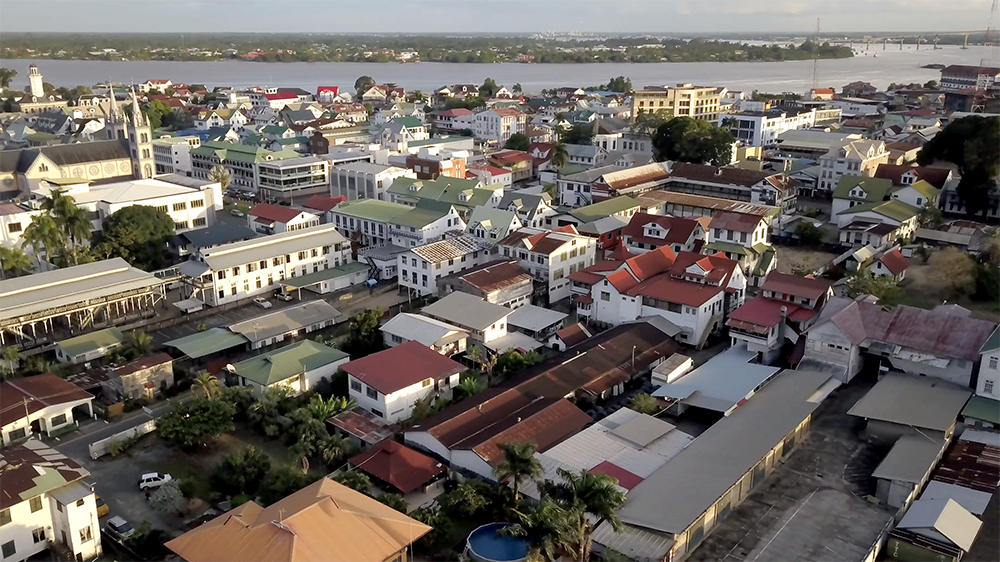 The Downtown Oasis is a huge house with a pool, gazebo, four hotel-style rooms upstairs, and four apartments. I was staying in one of the apartments! 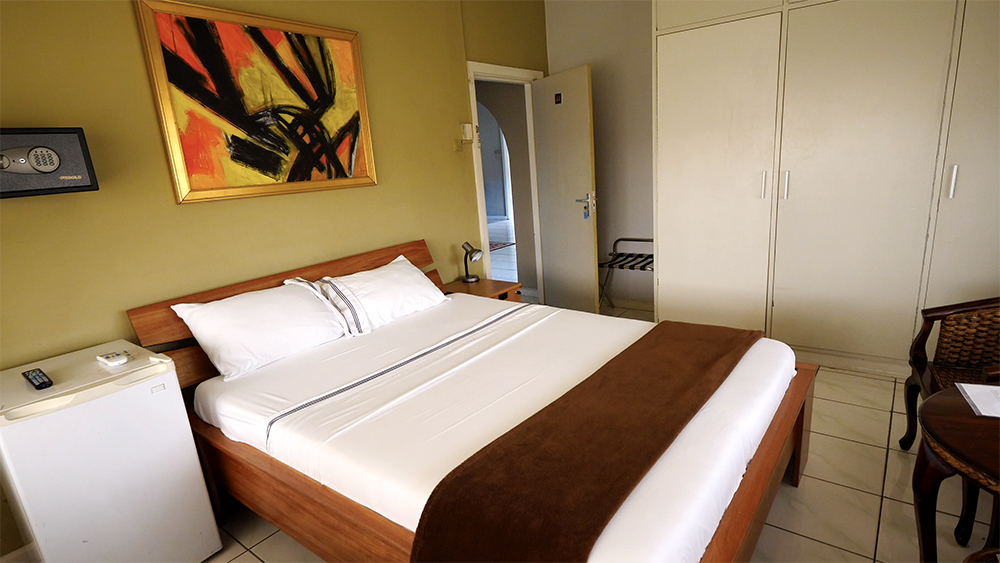 The Downtown Oasis is located right in the middle of downtown Paramaribo, which means it’s centrally located and perfect for when you want to go out and explore. One of my favorite things about it is that it feels extremely safe, which is a must for me when I travel. There are lots of plants around the grounds. My apartment, A2, was right in front of the gazebo, where they have coffee, beer, and hammocks.

Check out the Best Hotels to Stay Near Tikal, Guatemala

My apartment had 2 bedrooms and was very spacious. There was a small living room with two couches and a TV. In the center is a dining room table, and there’s also a sleek, modern kitchen with a freezer and a fridge. There’s a stovetop where you can make eggs, and cabinets filled with pots, cups, and utensils. 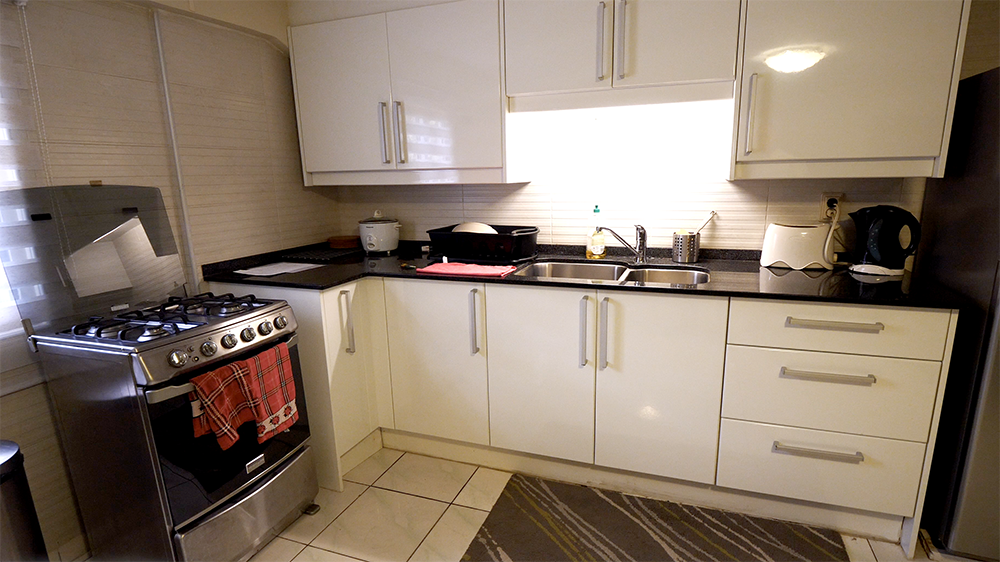 There’s also air conditioning in every room. In the kitchen, there’s also a long countertop that I used as a workstation. I set up my laptop there had all of my things charging there. There’s also a microwave. 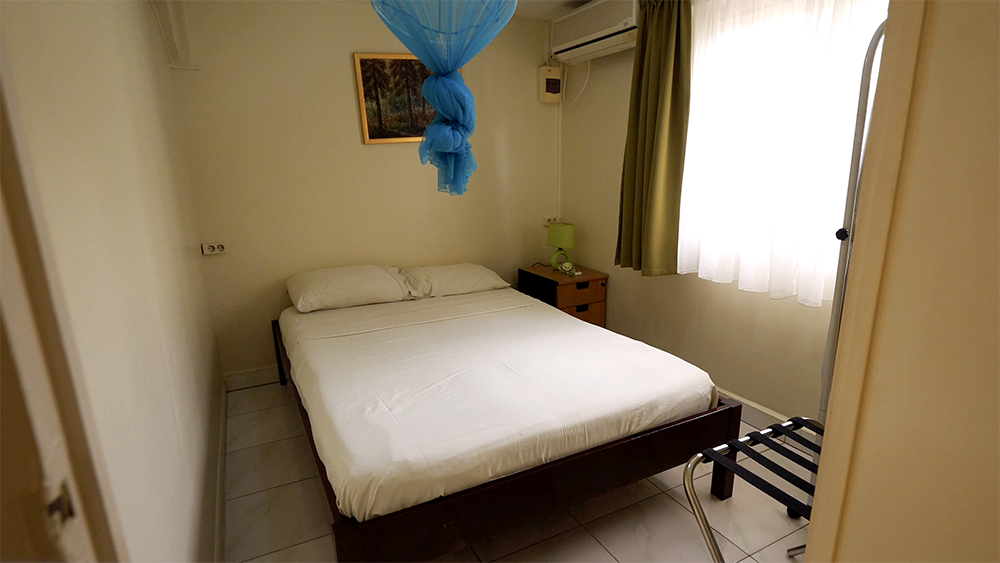 The second bedroom is small and has a queen-sized bed and a mosquito netting above the bed. 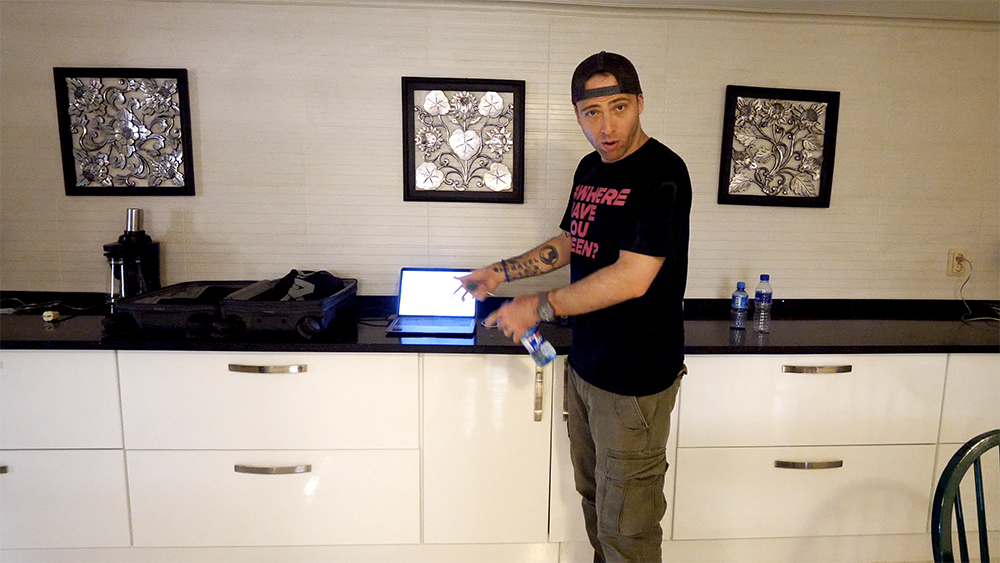 Through a doorway past the microwave is the second part of the apartment, with a nice bathroom with a toilet, faucet, and shower. There was also a double faucet outside the bathroom. 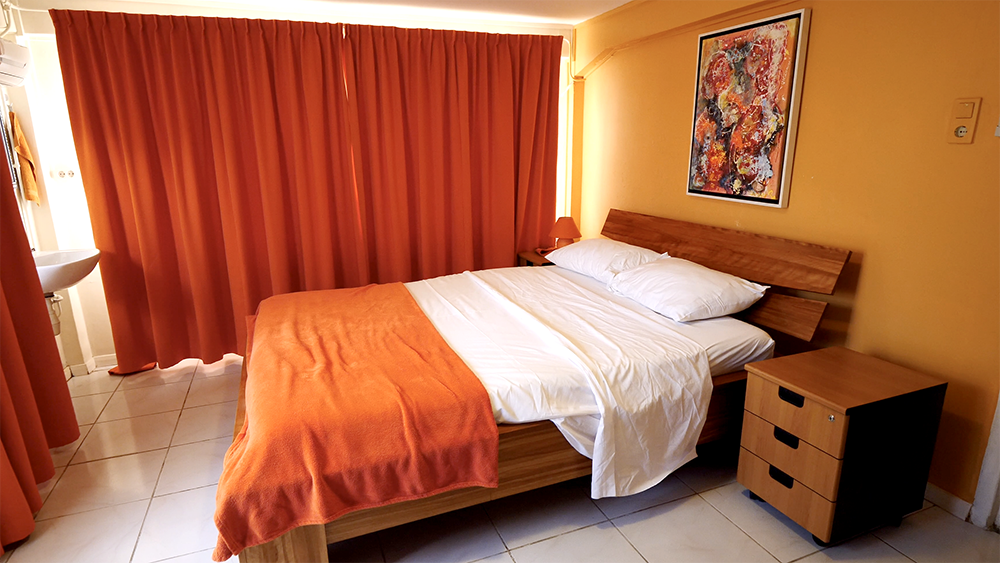 My bedroom had a nice, queen-sized bed and windows that let in lots of natural light. There’s a sink in there and an AC, which I had cranked up to stay cool. There was an extra bed, where I kept my suitcase, and some nice closet space.

Check out The Best Hotels Around Lake Malawi

My Surinamese guest house tour continued outside because I wanted to show you the grounds and the native tortoises! Outside is an area with seats where you can chill out when it cools off at night. There are two other apartments further along and an awesome pool. I wanted to jump in! 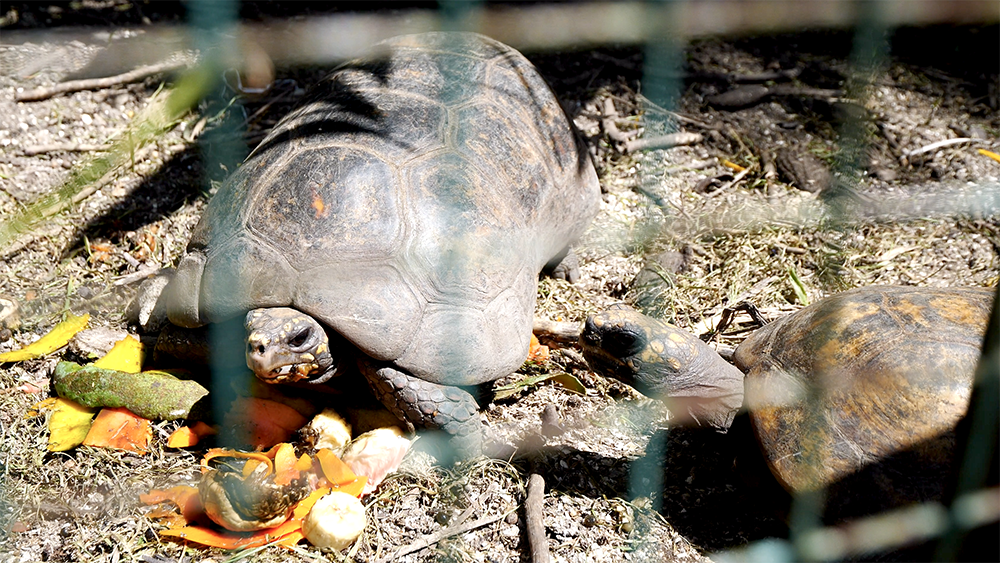 My favorite feature of the grounds is the tortoise sanctuary, which is something I want to have when I own a property! There are also lots of green iguanas running around. There’s a beautiful female yellow foot tortoise there. There are six in total and some babies. 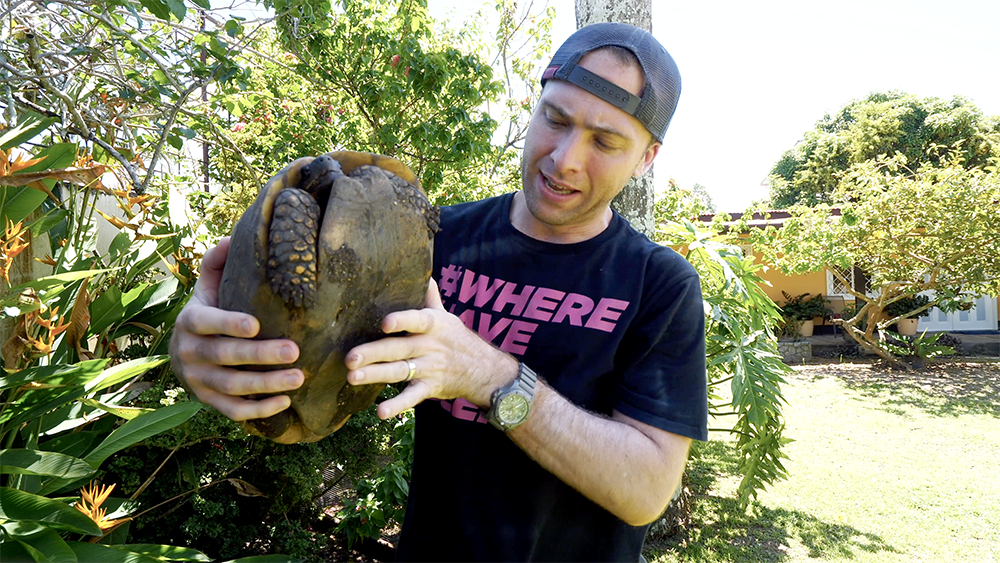 I headed back to the gazebo to get a beer. In the gazebo are two small tables and a larger one. I got a Parbo bier from the fridge, which is a light pilsner beer. There’s also a stand that contains lots of brochures for nearby attractions, including the leatherback sea turtles at Galibi, where I’d be going later in the day! 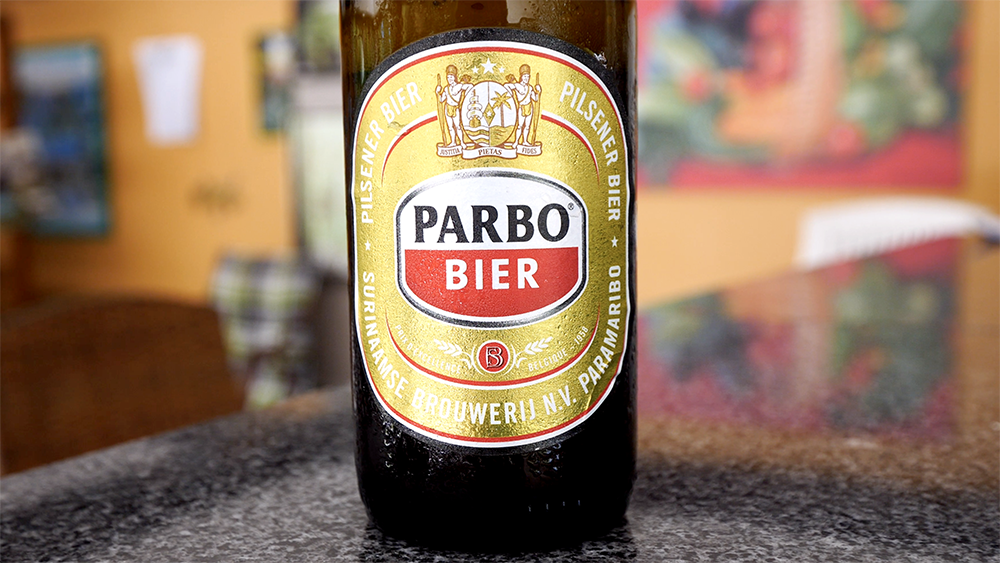 And that’s it for my Surinamese guest house tour! My 48 hours at the Downtown Oasis were fantastic. The owner is really nice, and it has everything you could want or need. I highly recommend staying there at least 2 nights when you come to Paramaribo! 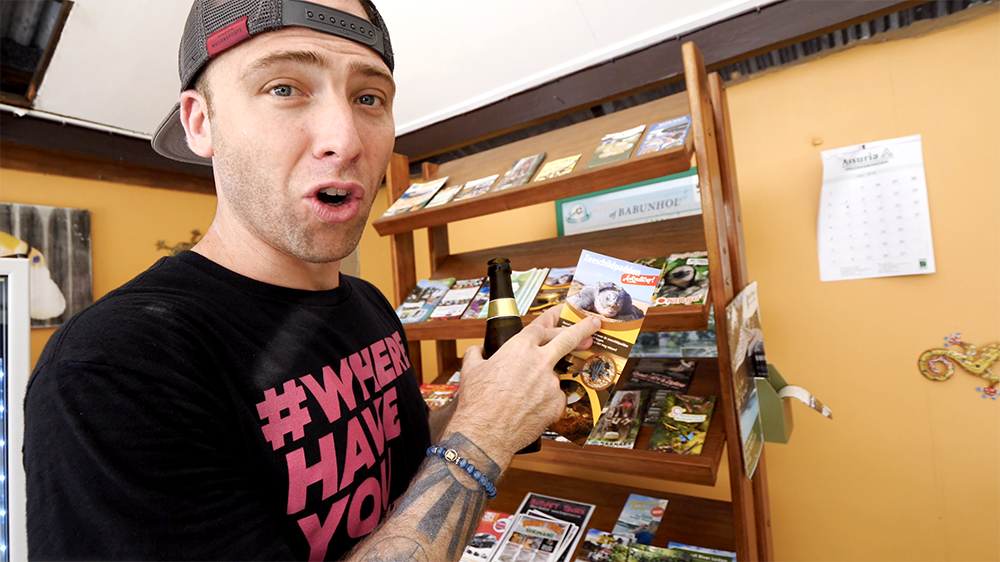 I hope you enjoyed coming on my tour of the Downtown Oasis in Paramaribo! If you did, please give this video a thumbs up, leave me a comment, and subscribe so you don’t miss any of my upcoming travel/food adventures!