After spending two incredible days in Suriname’s capital, Paramaribo, I was on the move to my next destination, Albina! Come along with me as my friend and guide Imro takes me east to the border with French Guiana and I try some amazing Surinamese Indonesian street food along the way! 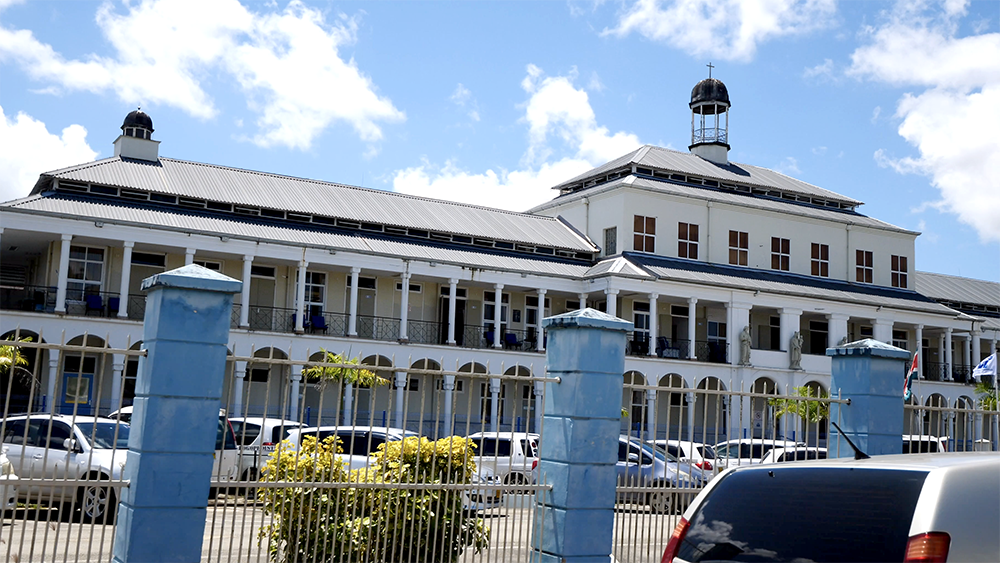 We started off with a ride through Paramaribo’s downtown area. It’s the oldest and most historical area of town and boasts lots of Dutch architecture. On our left was the Suriname River riverside, which is where the market is. We headed across a huge bridge above the river to a different district within Suriname. Its capital is Albina, which was our next destination! 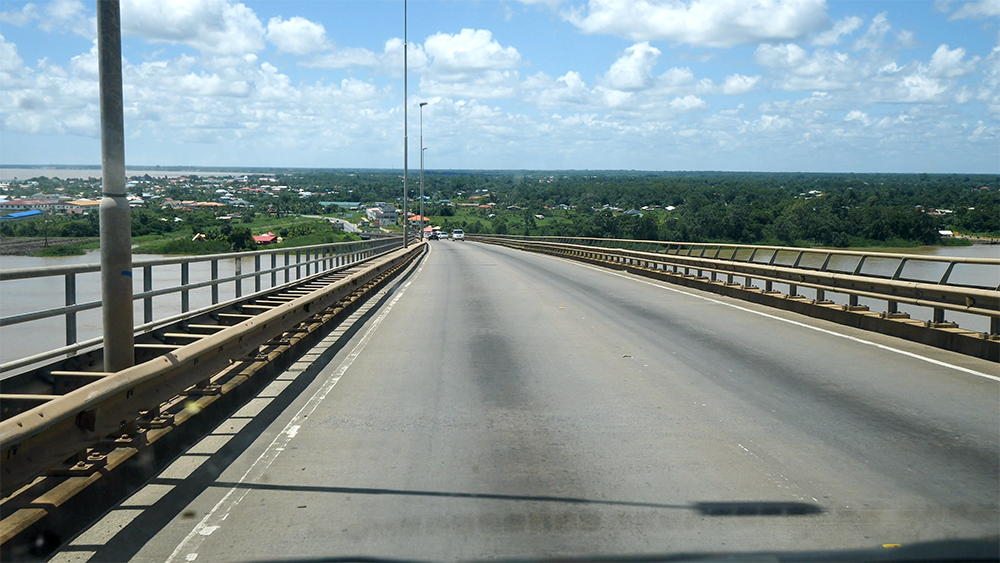 The roads are really well paved. They were done within the last 9 years. Before that, they were rocky, dirt roads. Because they’re paved, they’re really smooth and cut your travel time by a lot! We passed through the town of Tamarejo, Suriname, which is 95% Javanese. There, we stopped at a place called Warung Lenny, which sells Surinamese Indonesian street food. 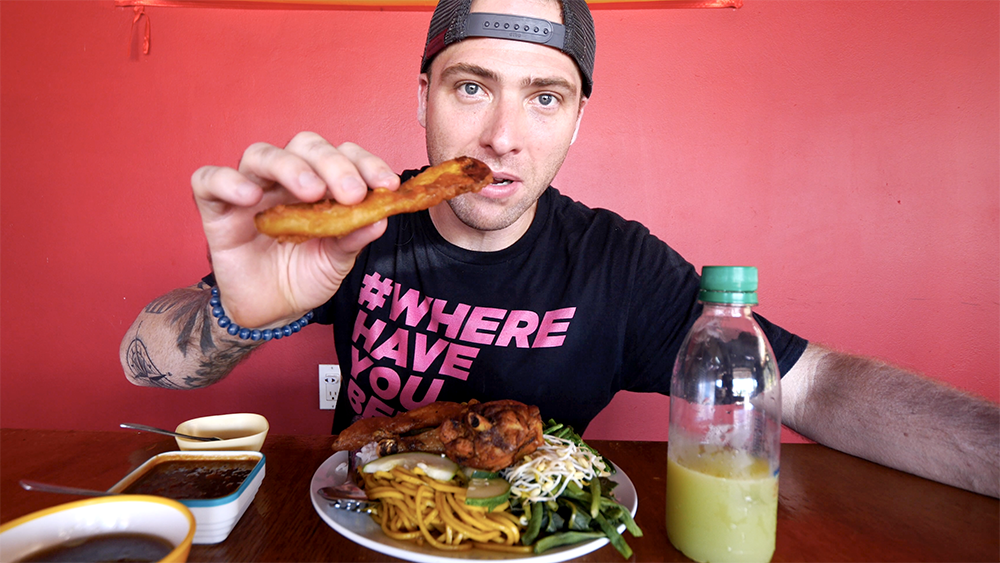 There were at least 20 different things to choose from! I started with some pommesitair juice, which tasted very healthy, almost like aloe vera juice. It was very refreshing! Then I got my feast, including noodles, two kinds of rice, beans, sprouts, peanut dressing, a spicy chili sauce, fried banana, and chicken.

Check out the Top Things to See and Do in Malang, Indonesia 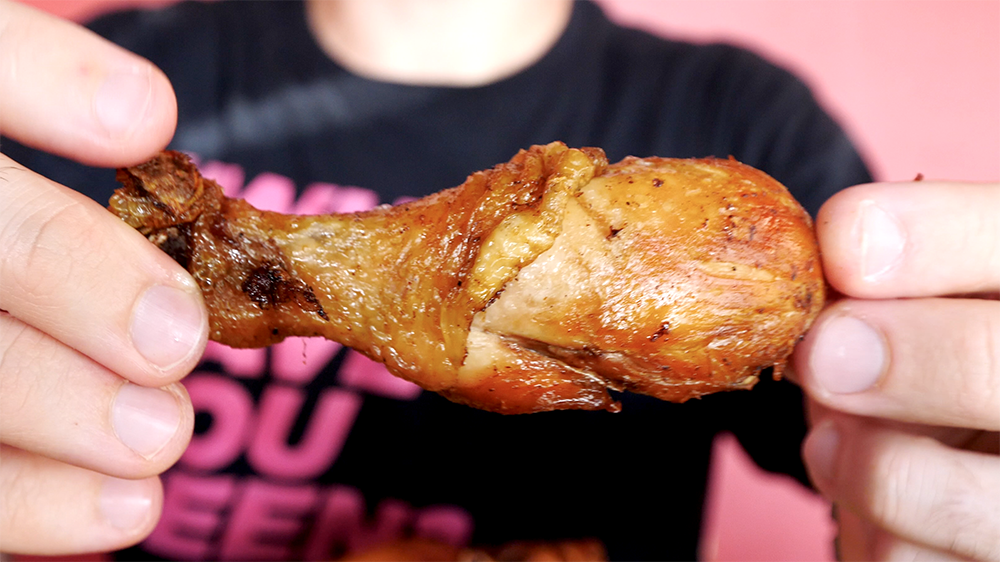 The fried chicken was incredibly fresh and so different from chicken that has been frozen. It was juicier, more tender, and the skin was crunchier. I loved it with the peanut sauce! 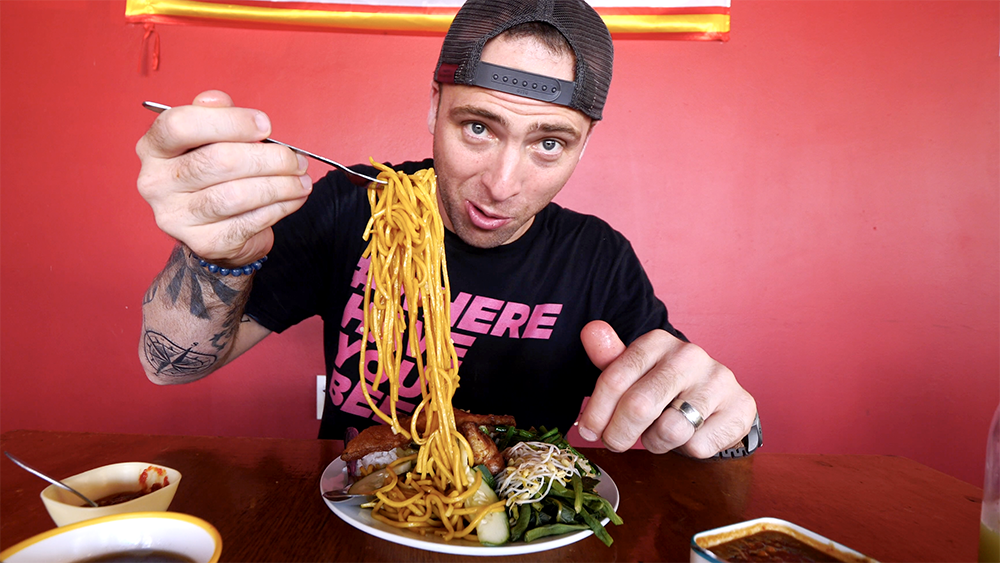 The noodles were a little peppery and oily and reminded me of buckwheat noodles. They were a little thick and softer than al dente. The sprouts were crunchy and fresh, and the green beans were also super fresh! There were also some smaller green beans and some rice with soy sauce. I added the peanut sauce to the rice. The chunks of peanuts with the greens were phenomenal! I also added some to the veg, which took it to the next level! 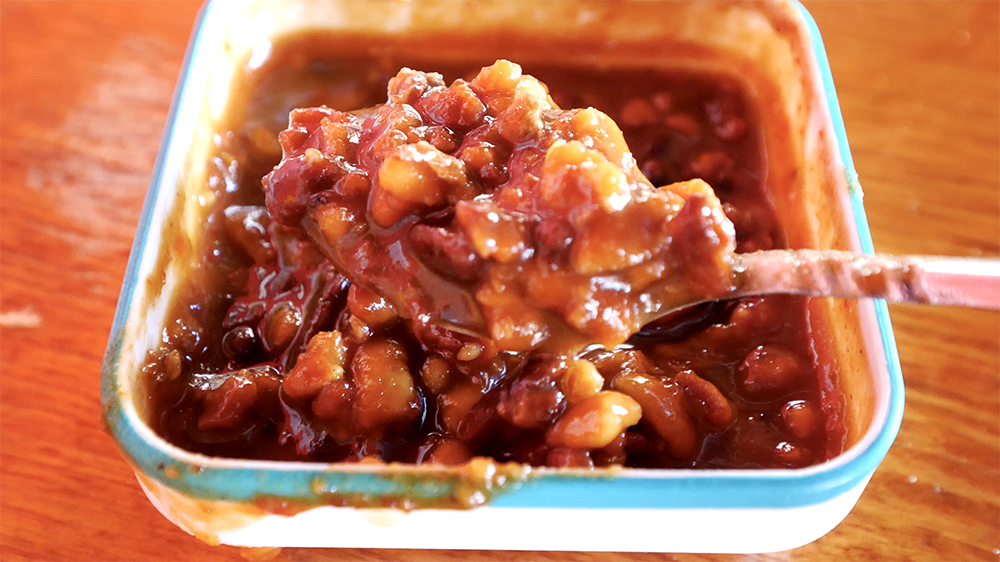 I finished up by dumping the rest of the peanut sauce into the rice and veg and mixing it together. The sweetness and spice was an interesting combination I’d never had before and I loved it! This was some of the best food I’d had in Suriname so far! Surinamese Indonesian street food is outstanding and has to be tried when you come here.

Check out the Top 5 Things to Do in Arequipa, Peru

From there, we headed on. We found a roadside hut where a woman was selling vegetables including eggplant, beans, and bitter melon. The melon definitely lived up to its name, as it was very bitter and crunchy. We continued our drive and saw lots of bush along the side of the road. We crossed another bridge and stopped at another roadside hut, where I tried a shot of 90 proof alcohol! It’s an aphrodisiac and was super strong! I also drank fresh coconut water and ate some fresh coconut meat! 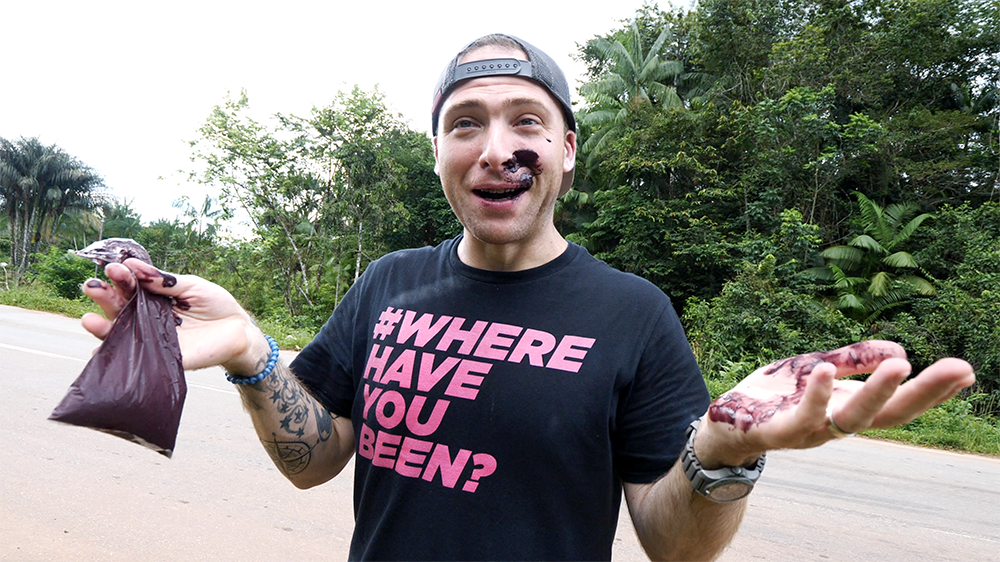 After riding for a little longer, we stopped again and got some fresh acai puree in plastic bags. It was super thick and earthy and got all over me as I tried to drink it! We drove into a foggy rainstorm as we continued deeper into the rainforest. We could barely see anything but it only lasted 2 minutes! 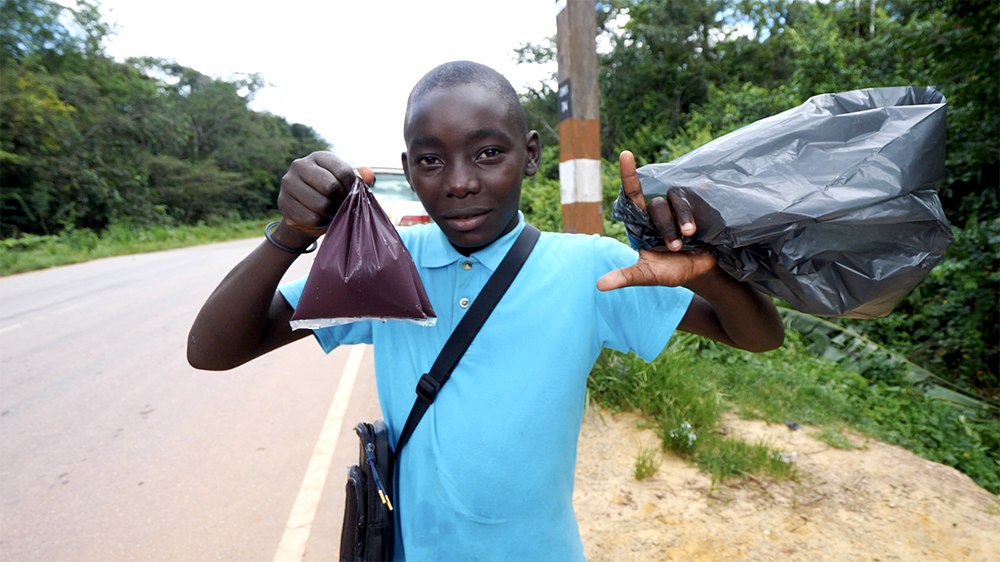 After passing some traditional, residential buildings, shacks, supermarkets, a school, and lots of jungle, we arrived in the small town of Albina! It was along the river, and across from us was French Guyana. From there, we’d take a ferry north to the Atlantic Ocean to reach Galibi. 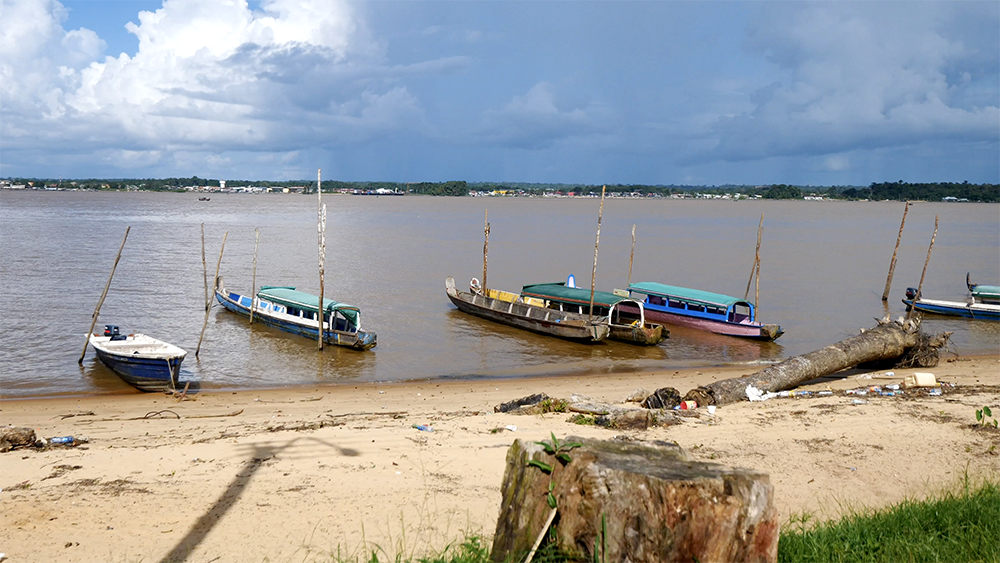 I hope you enjoyed joining me on my Surinamese Indonesian street food adventure during my 4-hour journey to Albina! If you did, please give this video a thumbs up and leave a comment below. Also, please subscribe to my YouTube channel so you don’t miss any of my upcoming travel/food adventures!