After a chill, relaxing morning on Isadou Island, Suriname, my friend Imro and I headed out to go on a Surinamese river village tour. While I was there, I searched for a one-of-a-kind souvenir to take home! Come along with me as my jungle adventures in Suriname continue! 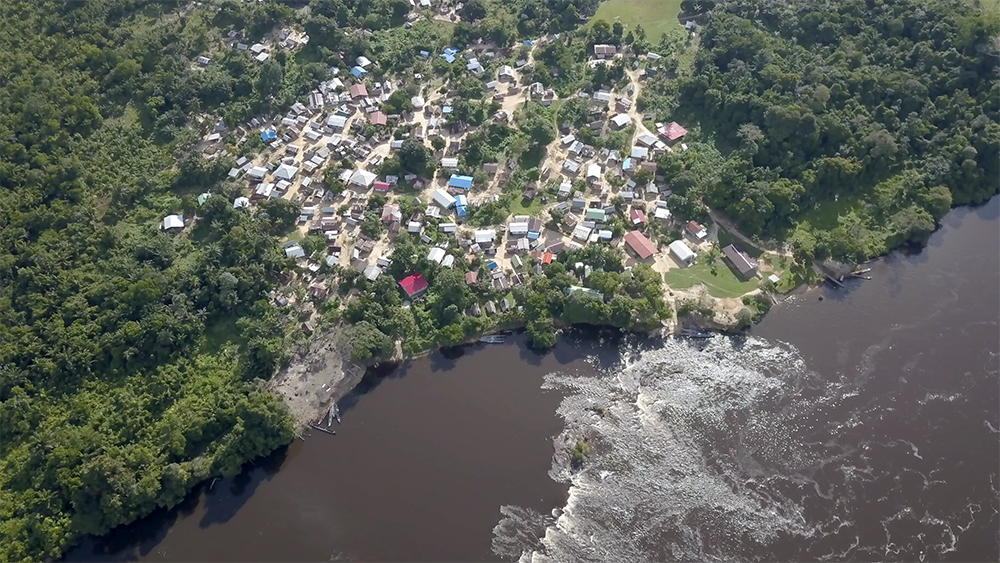 I was really enjoying my time on Isadou Island. It’s located in the Suriname River in the interior of the country and is about 5 hours from Paramaribo. I wanted to head over to the town across the river and explore and get a paddle as a souvenir for my wall of masks at home. But before I could go on my Surinamese river village tour, I needed to get some lunch! 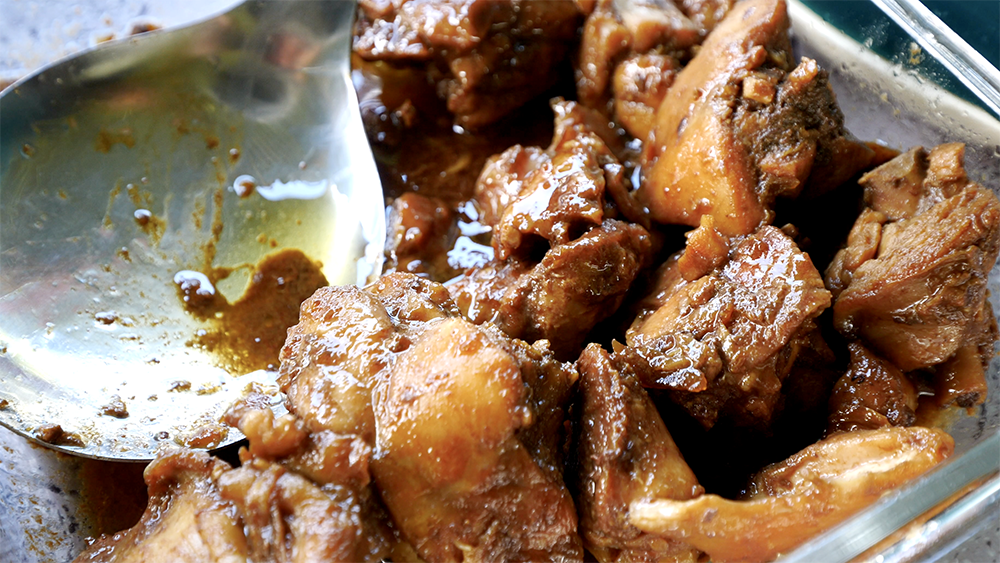 Imro from Jenny Tours and I headed to the dining hall, where we had rice, chicken, and bitter eggplant waiting on us. I couldn’t wait to dive in. I was starving!

All of the food was raised right in the area, which means it’s super organic and very healthy for you! The chicken was amazing and had a tasty sauce on it. It tasted very Indo, while the chicken itself was like Jamaican jerk chicken! It’s because of the Javanese and Indian influences here in Suriname. The eggplant was a little bitter, but I could handle it because I love eggplant. 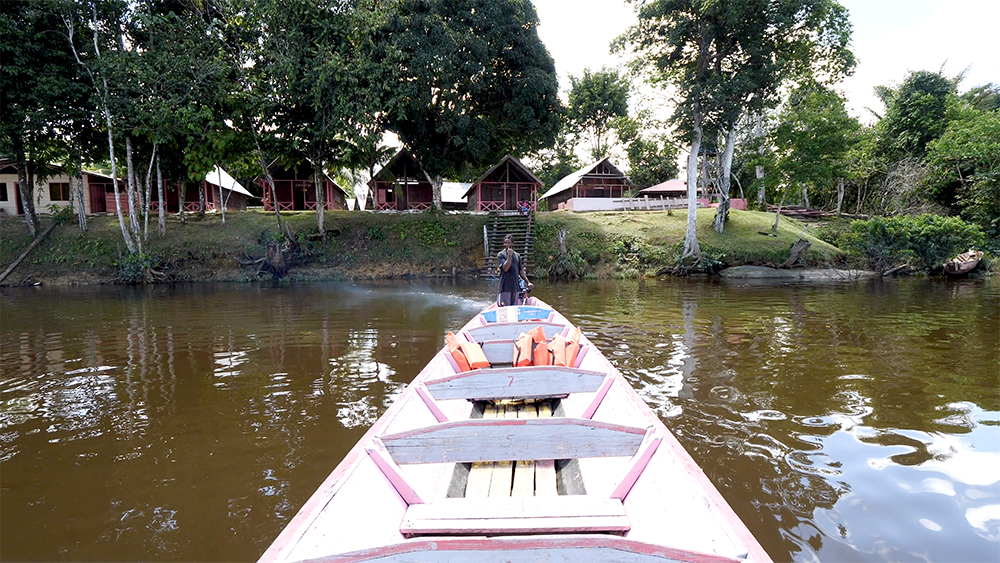 After lunch, we headed over to the Jaw Jaw village across the river to go on my Surinamese river village tour. Jaw Jaw is a sad term in the native language, and the village was given the name because they’ve lost crops because of the rapids in the river. I love the motorized canoes they use on the river. The village was just a minute away! 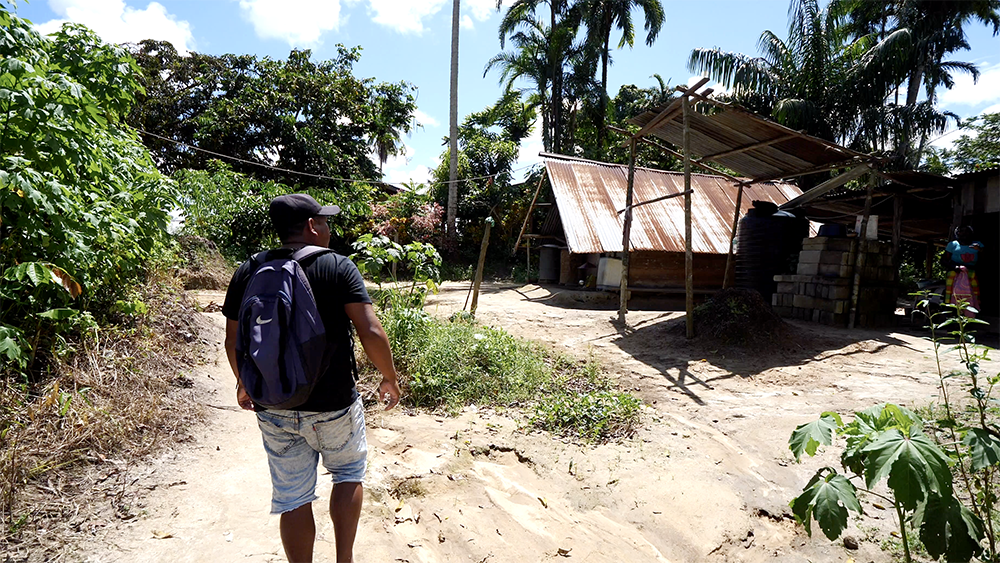 I wanted to find a paddle that had been used. We reached the beach and saw a thin canoe that they will burn to make to stretch so people will fit inside. My Surinamese River village tour began with a look at the houses. They’re wooden houses, and there are about 500 people in town. Married couples sleep in separate houses. 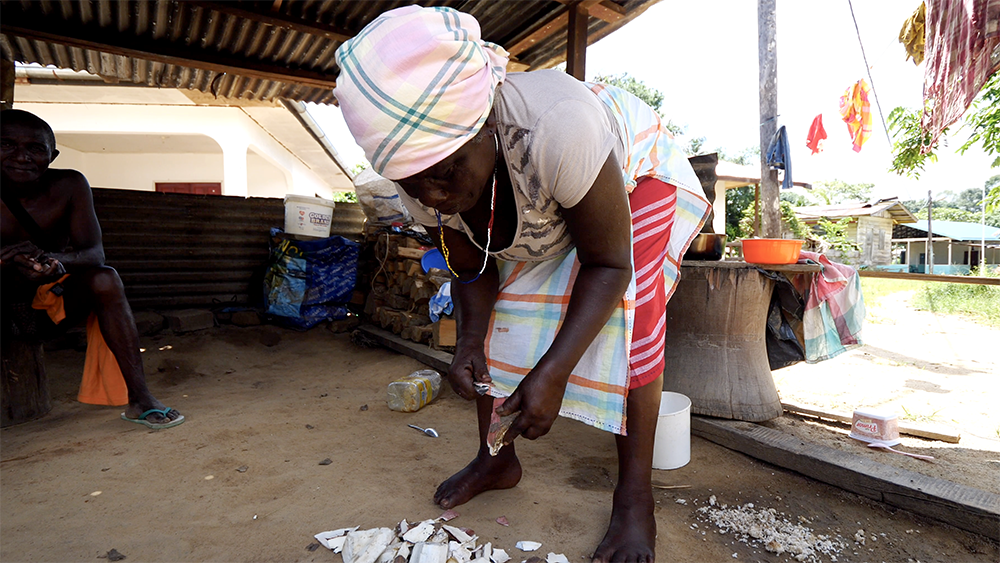 Then we saw some seeds that contain oily nuts inside. Further inside the village, I saw lots of kids and some friendly locals. There was a woman making casaba soup, which is made of yuca. It was super hot out and the sun was beating down on me.

As we continued through Jaw Jaw, we came across a guy selling a paddle for about $25 USD, which isn’t bad. The paddle was nice and hand-carved by the man selling it. It was as tall as me! It was worth it and was super authentic! 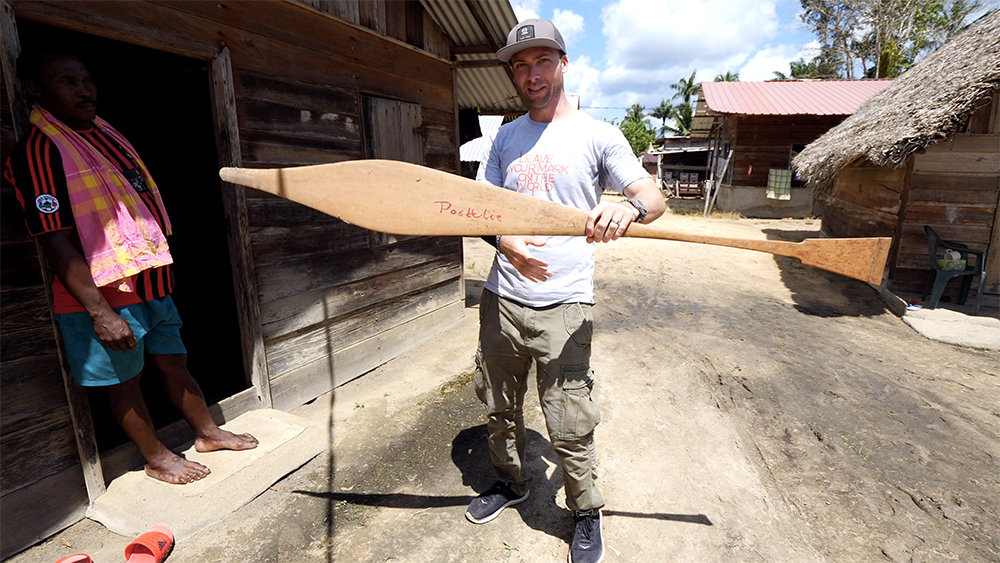 Then, my Surinamese River village tour continued with a look at a standard house with a roof made from maripa trees. They actually have power there! Then I spotted some yellow foot turtles at a small guest house with four rooms. They actually eat the turtles there. There was a big, gorgeous, male turtle there! The guy had a shell that he had preserved. He also showed me his bird! 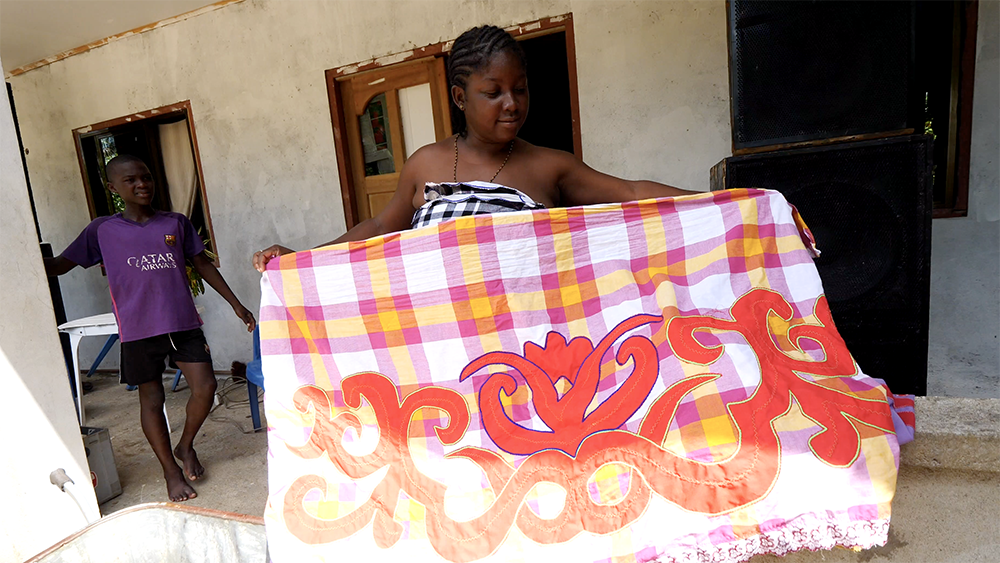 Further on in my Surinamese River village tour, we walked through a soccer field and met a woman who was selling some beautiful, hand-stitched scarves, which she wrapped around me. Imro said I looked cool! She sold it to me for 75 SRD. I was going to give it to my daughter. 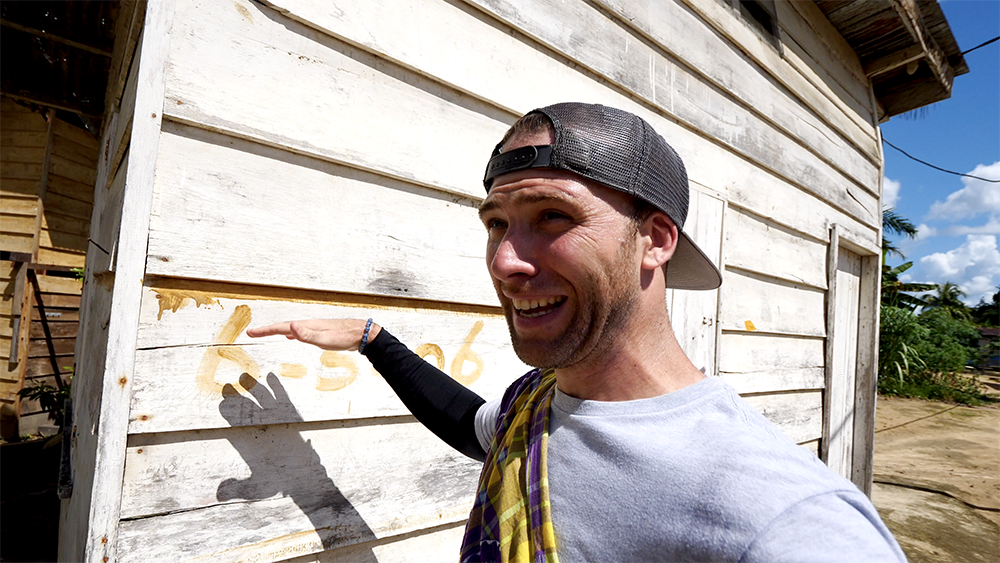 I was loving this Surinamese River village tour. It was an authentic look at their way of life. We saw another canoe and the Yao Yao current in the river. Back in 2006, the village flooded by over 3 or 4 meters. Then we went back to the boat to leave. The Jaw Jaw current is insane!

We headed right through the current! Back at the resort, I needed to cool off. We relaxed for 4 hours. I joined Imro at the water to watch him fish. He didn’t catch anything, so we went up to the dining hall to get some locally-sourced brown beans and casaba bread. They were super yummy and a little sweet and reminded me of the beans you get at a Southern barbecue restaurant. The bread was too hard, so let it soak in the beans to soften it up. It took a while to soften it up! 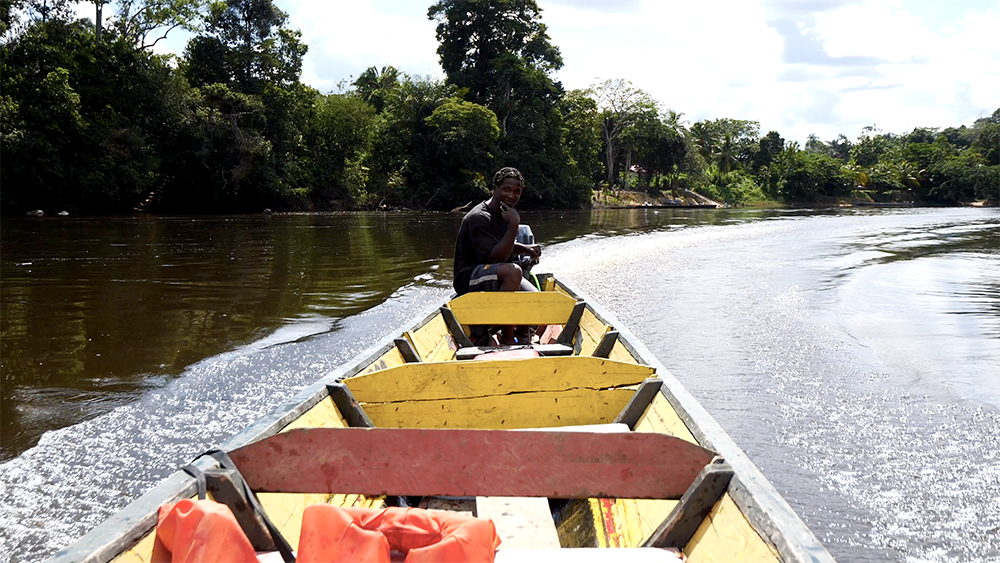 I hope you liked this Surinamese River village tour! If you did, please give it a thumbs up and leave a comment below. Also, please subscribe to my YouTube channel so you don’t miss any of my upcoming travel/food adventures!