With another morning Paramaribo, Suriname upon me, I headed out to go on an epic food tour of the Kwatta Sunday Market! Join me as I try some of the best Surinamese Indian and Indonesian food in the city! 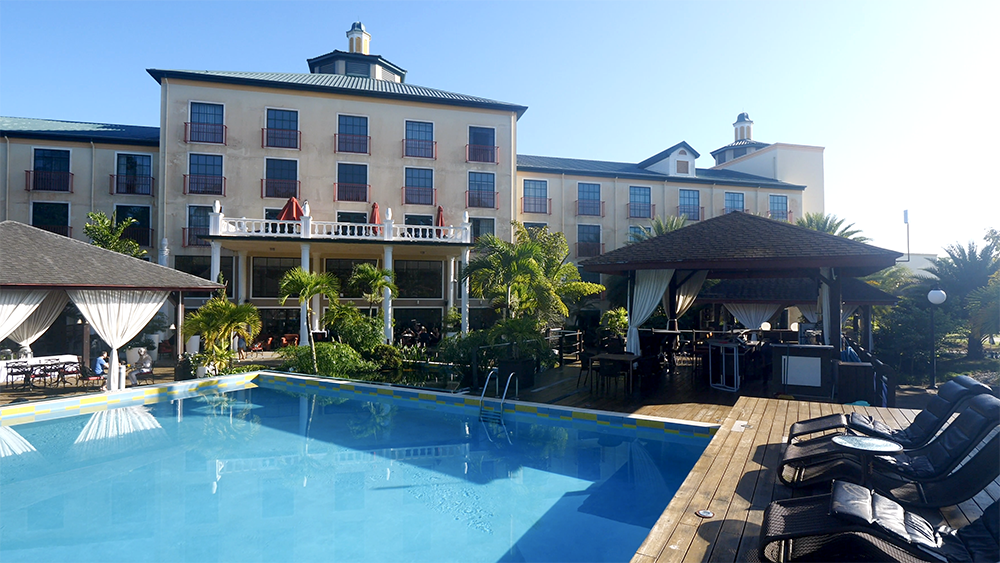 My day began early on Sunday morning at the Royal Torarica Hotel, a beautiful, 4-star hotel with 105 rooms. This place is like a boutique hotel in the middle of downtown! 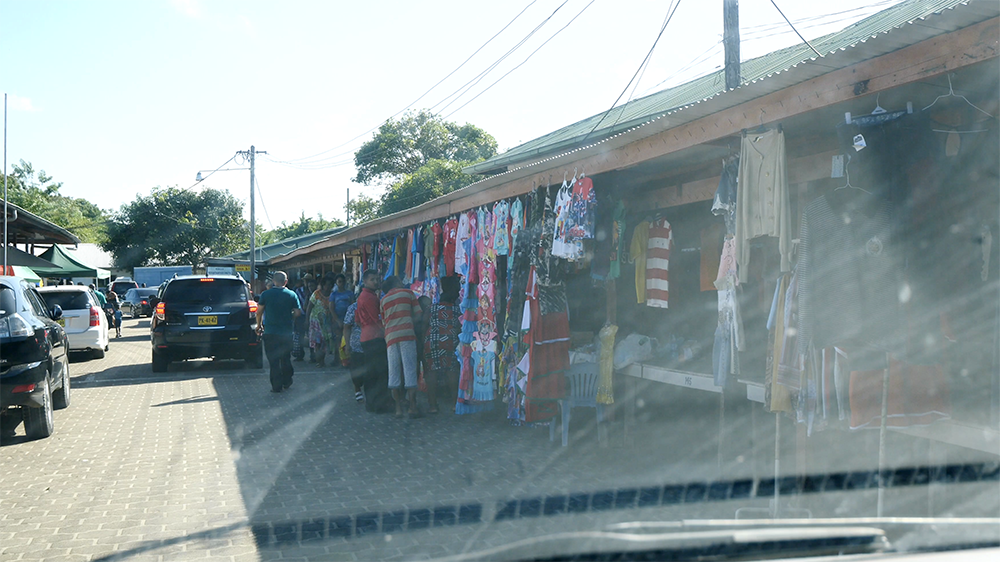 I met up with my boy Jan from Jenny Tours, who took me to the market. We passed through downtown Paramaribo, where there are tons of 200-300-year-old Dutch wooden buildings, which are part of a UNESCO World Heritage Site! 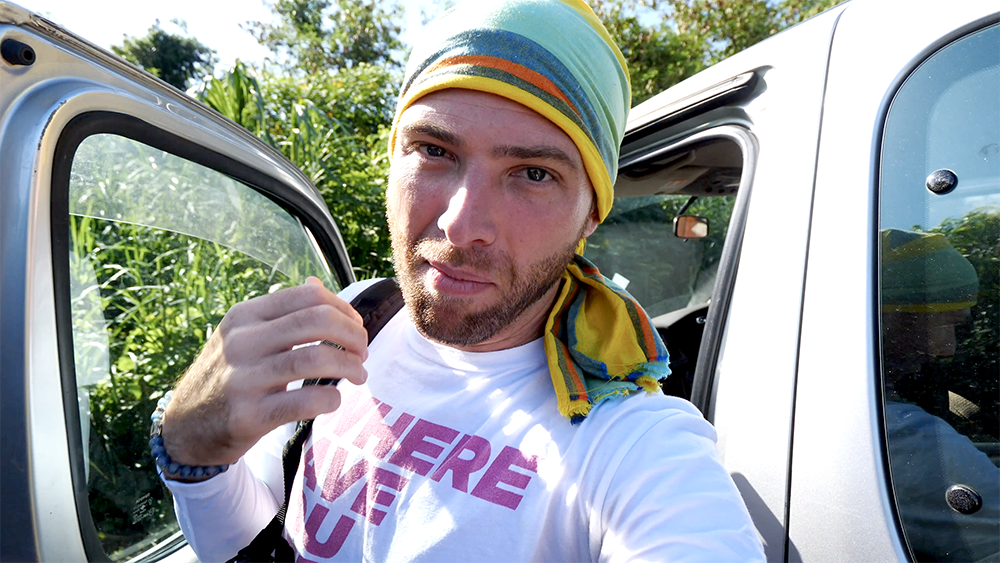 We arrived at the market and passed by a vintage clothing market, some produce, and food. The market is super crowded. We saw some brown beans with rice and chicken, which is the national dish of Suriname! I also saw Indonesian food and Indian food, including jalebi! 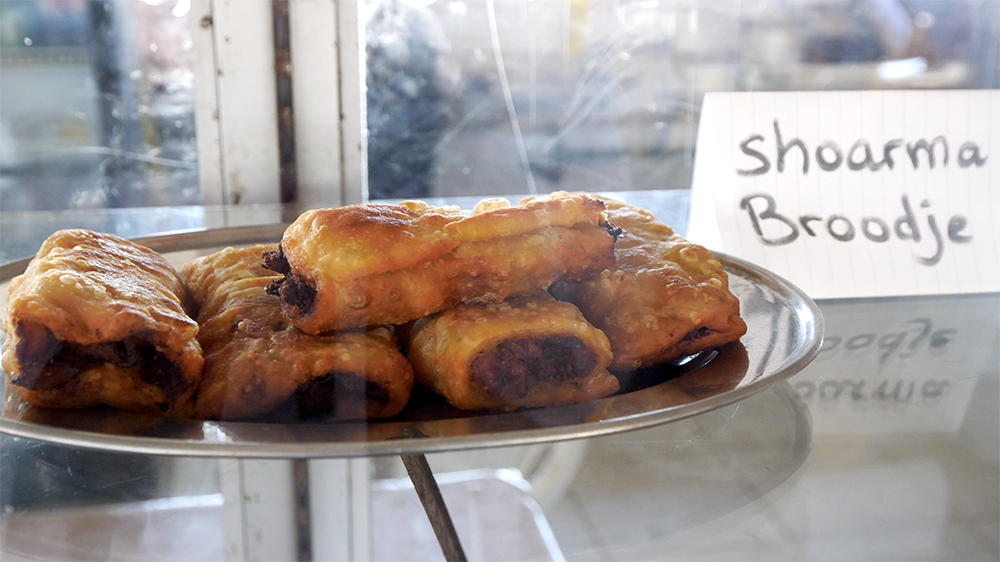 There were 8 or 9 food vendors and the variety was huge, between the local, Indian, and Indonesian foods. My food tour of the Kwatta Sunday Market began with the brown beans with barbecued chicken and rice first. The beans were a little al dente and really nice. The chicken had a nice glaze on top and reminded me of chicken tandoori and had a nice, charcoal flavor and Chinese flavors. It was so good and contained some spicy chilies, which I mixed in. I loved the African twist it had! 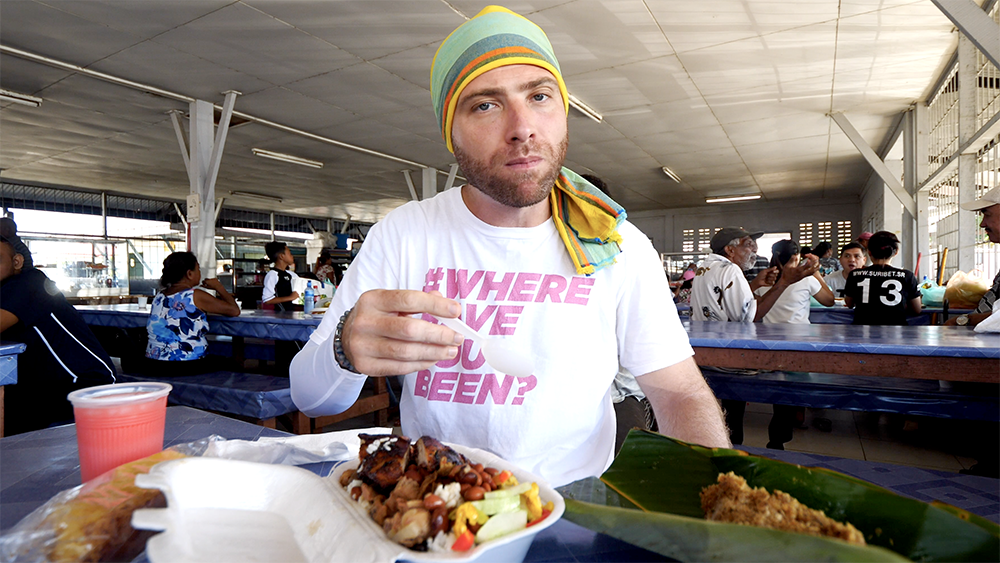 I had to cool my mouth down with some dawet, a Javanese drink made with rose, coconut milk, and lemongrass. It had some jellies in it and was really refreshing! It was almost like boba tea.

Then I continued my food tour of the Kwatta Sunday Market continued with some ketan serundeng, which is an Indonesian sticky rice dish with coconut on top. It was amazing! The sticky rice was so sweet, it was basically a dessert! I loved it! It felt very tropical and was so freaking good! 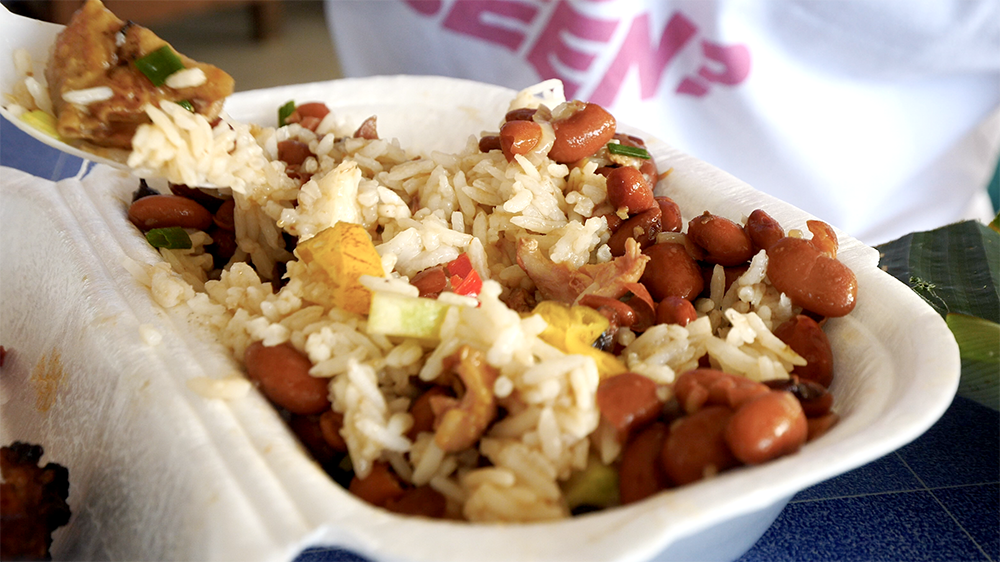 Next was a Jewish cornbread with yuca called bojo. It looked super sweet and looked like a more dense version of flan. The bojo was very sweet and contained cinnamon and a type of condensed syrup. It was really decadent and could have used some ice cream on top! 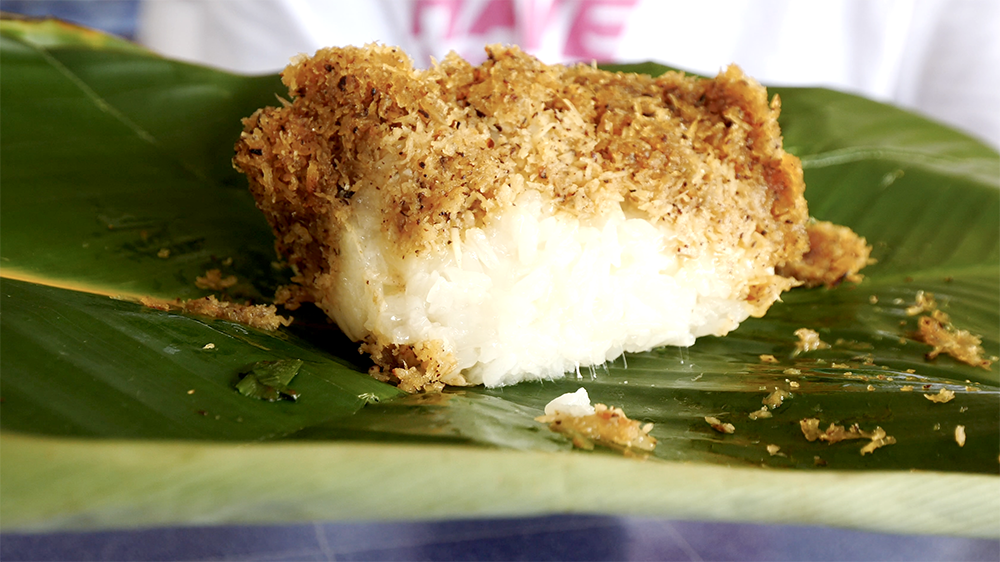 Then we tried some fried balls with chili, some Indian jalebi, and a flour vada with pepper chutney. The balls were bright red and made from yellow peas. They were super hot! The jalebi is fried dough in a sweet syrup. It’s ridiculously sweet and crunchy. It was a sugar overload! Then I tried the vada, which was very fluffy and airy and soft. The peppers added a lot of spice and it had lots of layers of dough in it! It was more like an elephant ear than an Indian vada. The spicy balls were the best! 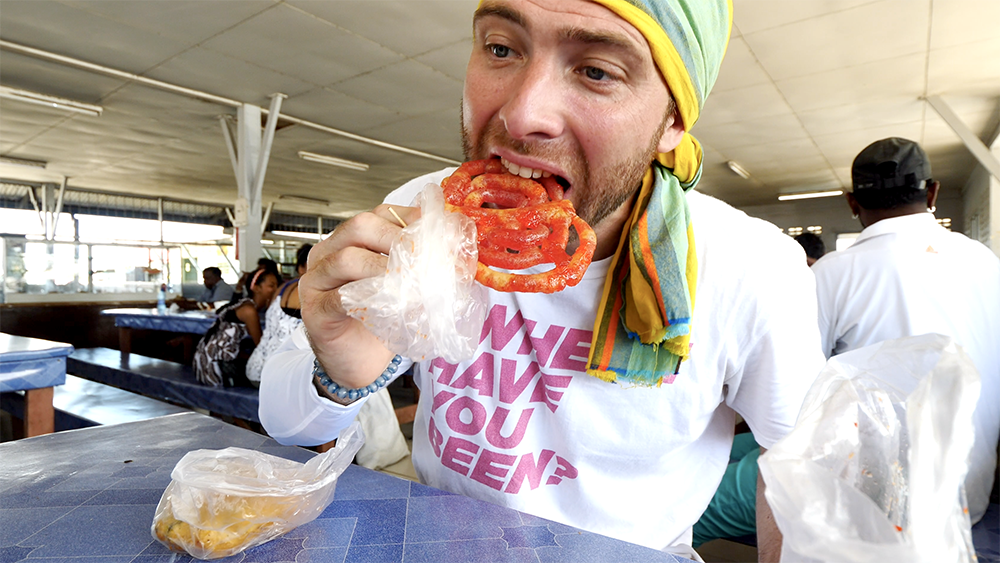 From there, my tour of the Kwatta Sunday Market continued with some exploration of the market, where they were selling CDs, bananas, mangoes, papayas, chilies, ginger, eggplant, and more! There are probably a hundred vendors, and all ethnicities were represented.

I tried a fruit with a slimy exterior and a big seed in the middle. I bought a jar of mango chutney. Then we entered the fish market. Everything was really fresh! It was sensory overload with the sights and smells. There were also chicken, shrimp, venison, and more. It was amazing watching the fish butchers work! This was a real, authentic market experience! 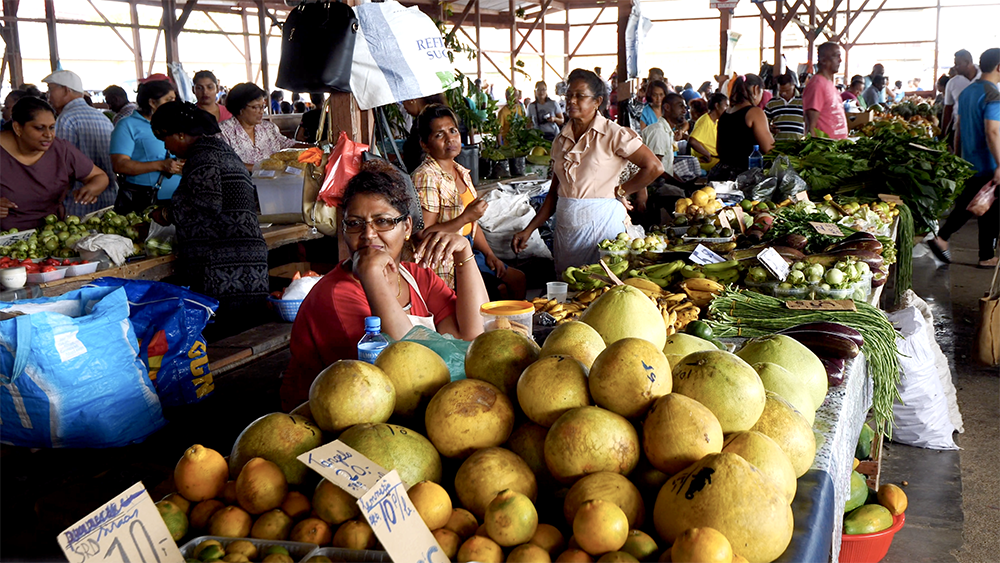 There was a barber shop in the middle of the market, as well as a smoked catfish area! Past that is a huge produce section, and outside is second-hand clothing mostly from the Netherlands. Then, I tried some spicy ginger beer. It was pure, potent ginger with lemongrass and sugar. What an epic market tour! 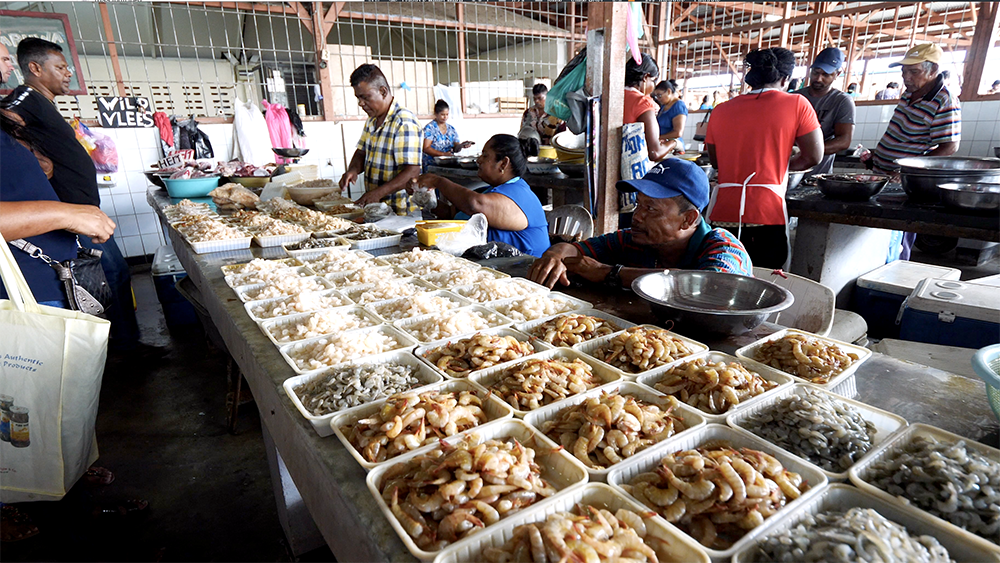 I hope you enjoyed coming with me on my tour of the Kwatta Sunday Market! If you did, please give it a thumbs up and leave me a comment below. Also, please subscribe to my YouTube channel so you don’t miss any of my upcoming videos!