With the number of COVID-19 cases relatively low in Miami, I got to see my dad for the first time in 45-50 days after my trip to Bhutan in March of 2020. I went straight into social isolation for several weeks after that, so it was great to see him again! We decided to do something special together to celebrate: compare and rate Indian beer and American beer in an all-out beer taste test! 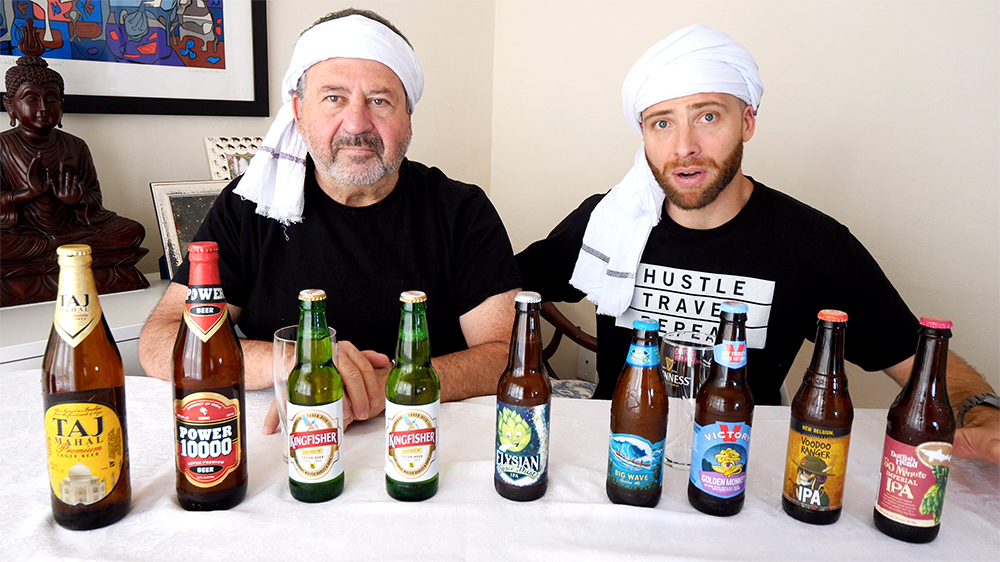 I couldn’t wait to start this Indian beer vs. American beer taste test! I got the three Indian beers I could find: the Power 10,000, the Taj Mahal, and the Kingfisher. I also got 5 American craft beers. I got them because I’m a beer snob and only like craft beer in America. 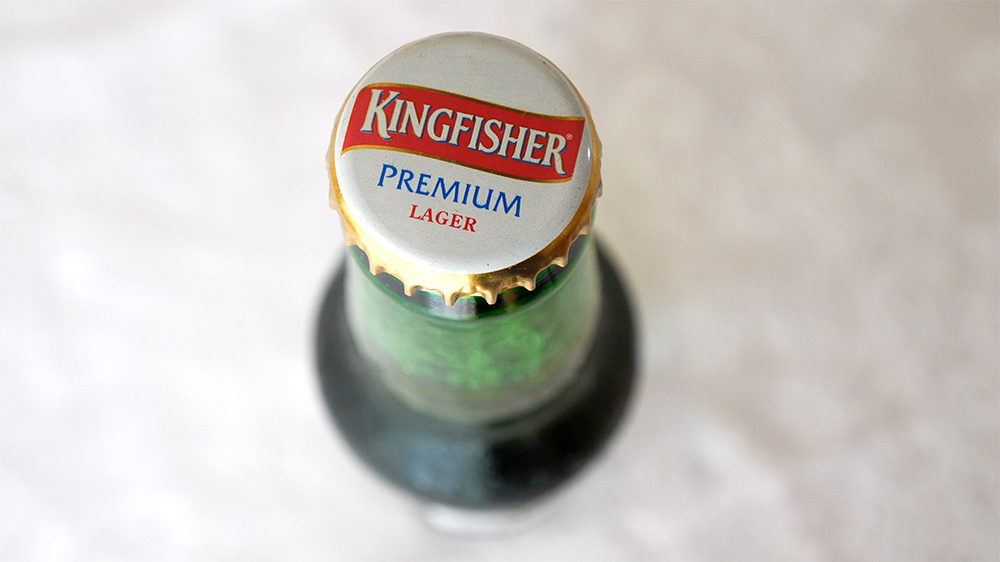 We started with the Kingfisher Premium, a lager that’s produced in Bangalore. It has 4.8% alcohol, which is not as strong as my personal favorite, the Kingfisher Strong, which is 8%. It’s comparable to a Bud Light, Budweiser, or Corona, but it tastes good. Kingfisher is the most popular beer in India. 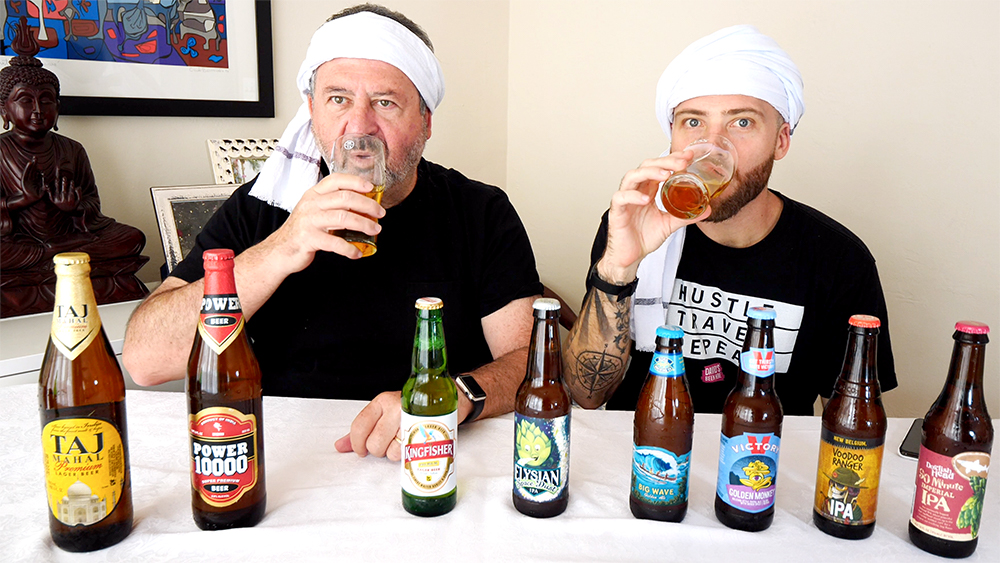 It was very light. We could both gulp it down easily. It’s a beach beer and doesn’t contain to much malt or hoppiness. You could have five of them easily and not feel it. It’s great to have with spicy food. 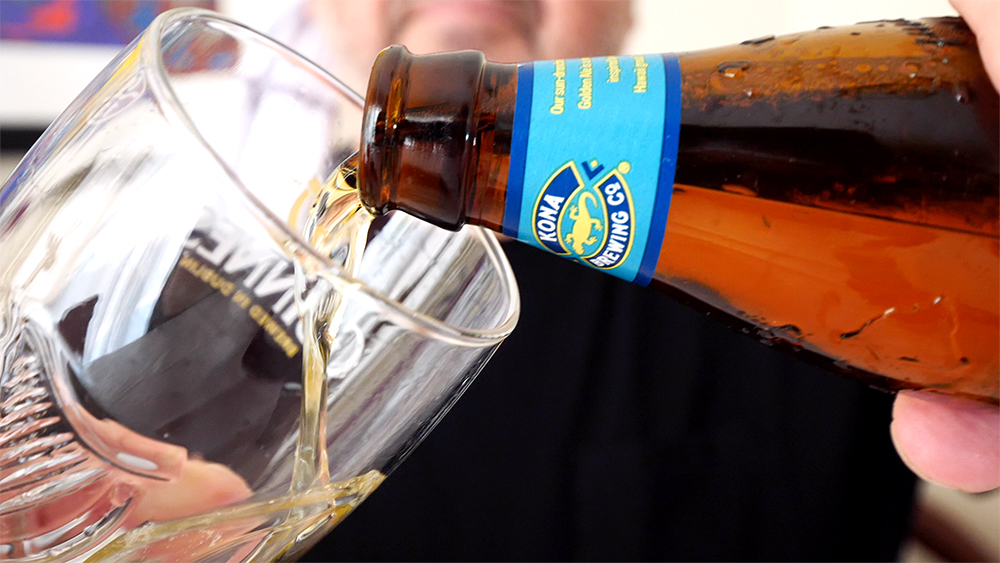 Then, we moved on to the Big Wave Golden Ale, an American blonde ale from Kailua-Kona on the Big Island of Hawaii. It contains 4.4% alcohol. It’s really nice, light, and tasty and a little hoppy, but not as much as an IPA. This beer originated in Hawaii but they manufacture it in Washington.

Check out my VIDEO: The Best Beers of Rwanda: A Taste Test of Rwanda’s Local Brews

Because we had 5 American beers and only 3 Indian, we jumped on another American beer. We went with the Victory Golden Monkey, a Belgian-style tripel ale with 9.5% alcohol from Downingtown Pennsylvania. It’s really tasty and is stronger. It’ll hit you in the head! 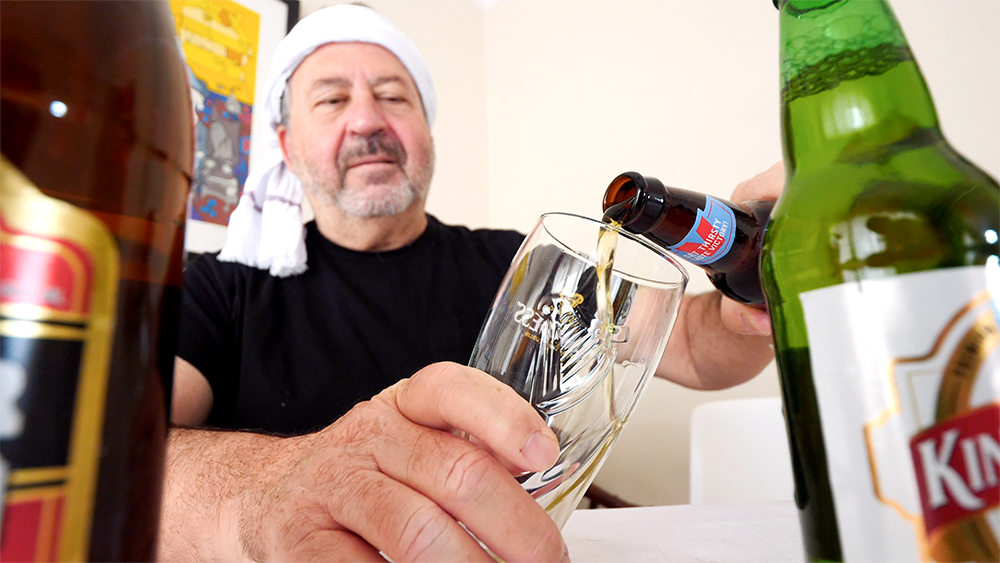 Next, we went back to the Indian beers and did the Taj Mahal Premium Lager, and American Lager by the United Breweries Group in Bangalore, which also produces the Kingfisher brand. It’s 4.5% alcohol and is said to be a great beer to pair with spicy food. It’s similar to the Kingfisher but is a little different. It’s light. I liked it more than the Kingfisher! It would be great for a meal. 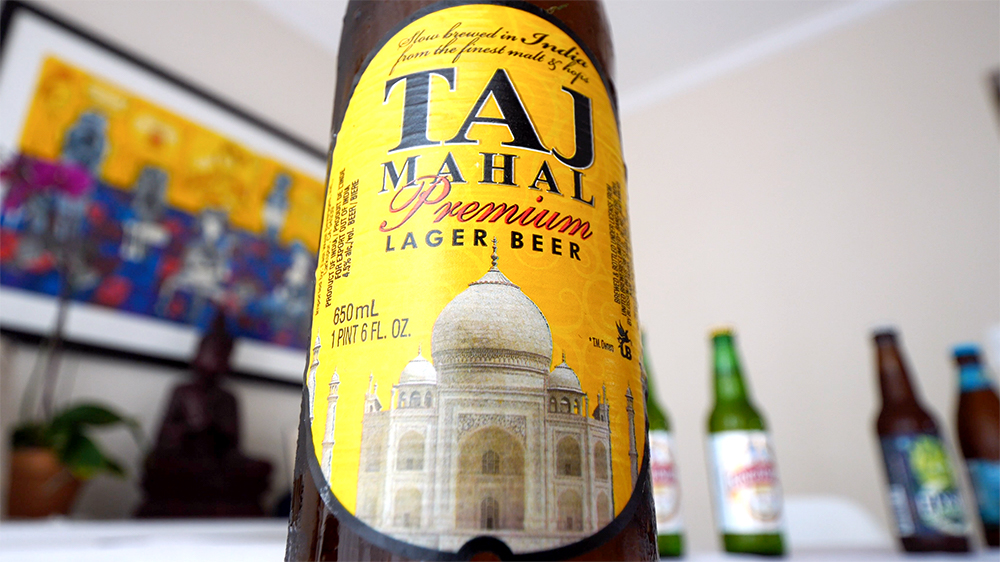 Then, we went with the Voodoo Ranger, which I’d had on American Airlines flights. It’s their only craft beer. It’s by New Belgian Brewing Company in Fort Collins, Colorado and is 7% alcohol. It was tasty and hoppy. I told my dad the story I’d heard about how Indian Pale Ale came to be. 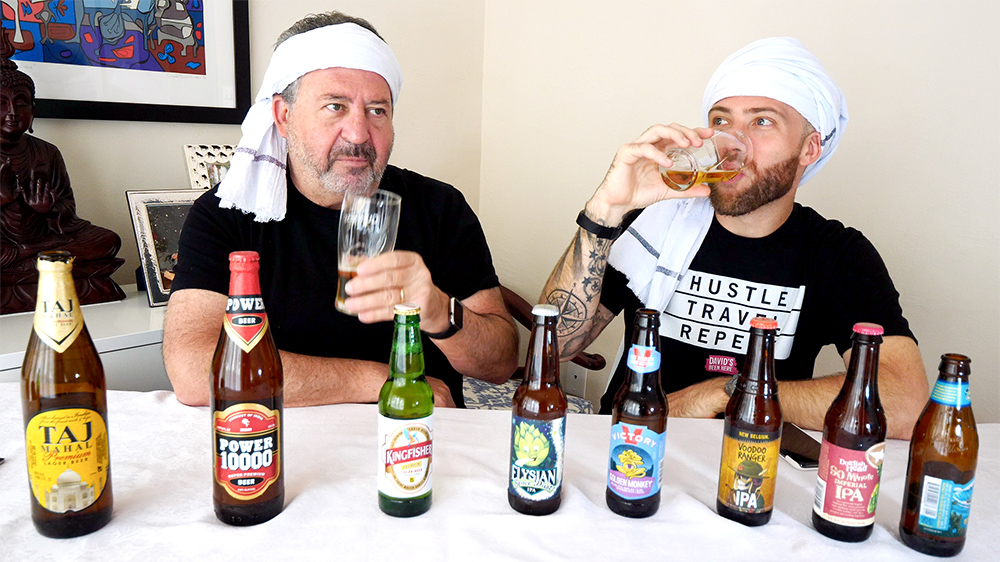 Then, we went with the Power 10,000, an American malt liquor by Som Distilleries & Breweries in Bhopal, India. It’s 6.8 % alcohol and has minor floral notes and a flavor described as wheat bread mixed with cornbread. This is my favorite Indian beer and is super tasty. It’s the best generic beer in India and has more body and flavor. It was my dad’s favorite, too!

Next, I ran down some of the top local beers in India before we hopped on the Elysian Space Dust IPA, which is 8.2% and is produced in Seattle, Washington. I had heard it was amazing. It was very hoppy and cloudy. 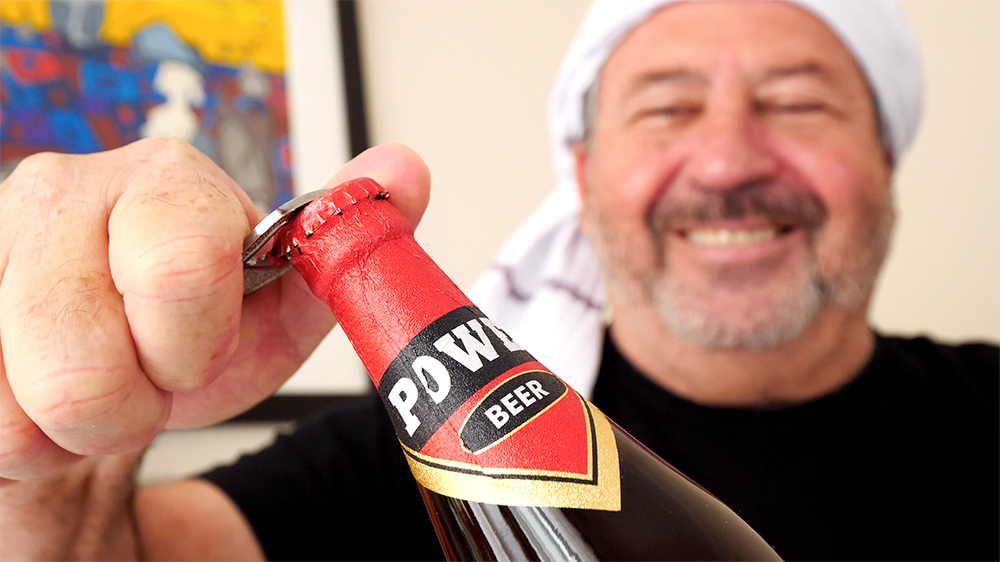 Our last beer was the Dogfish Head 90 Minute IPA, the strongest beer in our lineup at 9%. 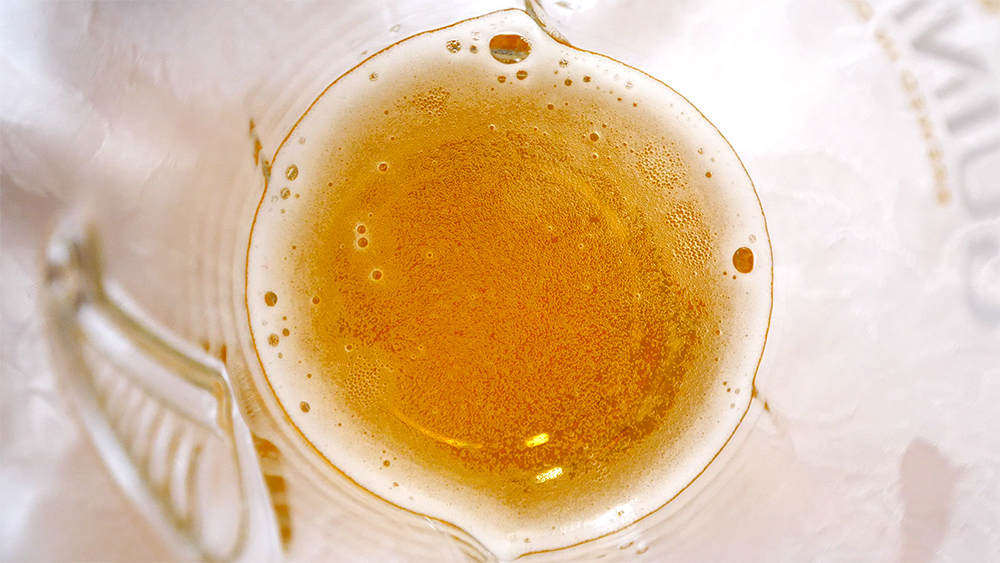 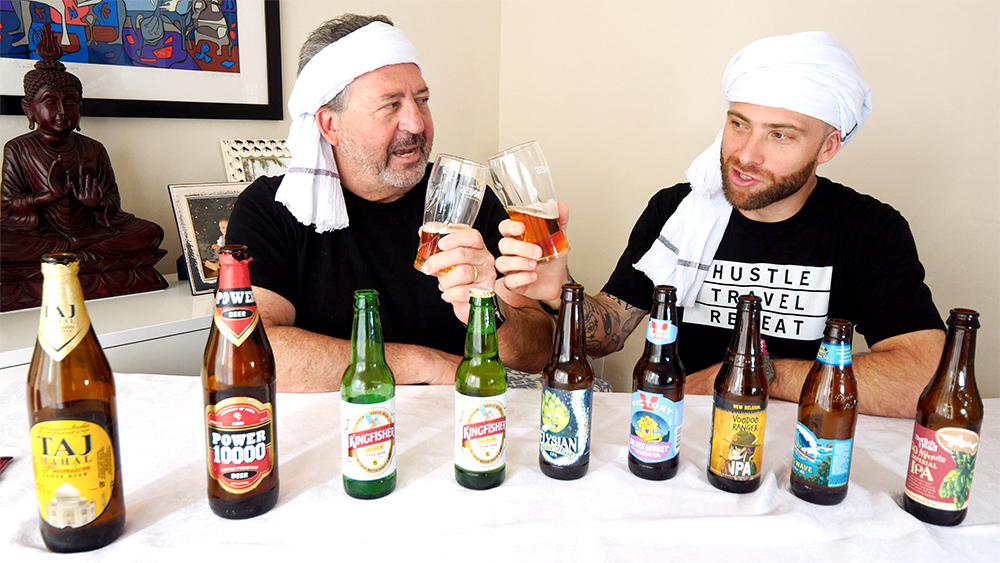 I hope you liked our Indian beer vs American beer taste test! If you did, please give this video a thumbs up and leave a comment below. Also, please subscribe to my YouTube channel and click the notification bell so you don’t miss any of my travel/food adventures around the world!