After exploring the city of São Paulo, Brazil for roughly 36 hours, my friends and I were off to the next city on our epic road trip, Curitiba! Join us as we try some delicious Brazilian street food on our road trip from São Paulo to Curitiba!

Our Brazilian street food road trip started in São Paulo at 7 a.m. My friends Guilherme and Rafa from Rio4Fun and Rio4Food and I would be driving five hours to get to Curitiba, which is the cultural hub of southern Brazil.

Located in the state of Paranha, Curitiba was founded as a gold-mining camp in 1654 and is a major textile and furniture manufacturer today. It’s up in the mountains and is known for its rain and incredible barbecue! We’d be there for 36 hours and I could not wait! 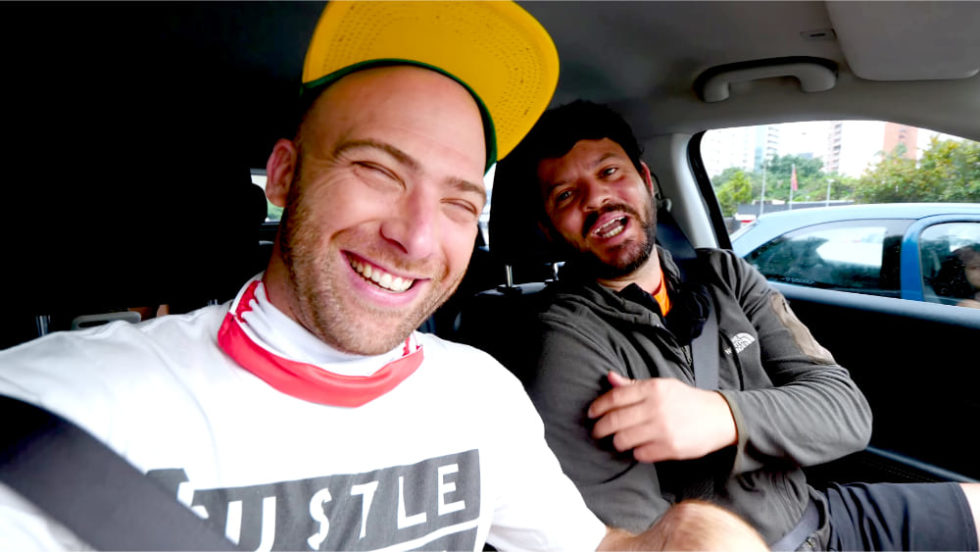 We could have flown to Curitiba, but driving is way more scenic! After getting our rental car, we headed to the main road. São Paulo is a concrete jungle and is known for its parks, gardens, lakes, museums, and more. Curitiba is very different! While we drove, I ate some pão de queijo, which is Brazilian cheese bread. I’d had a few kinds in São Paulo, but this one was the best! It was soft, crumbly, and grainy.

The road we were driving on used to be called Death Road because it was one lane back in the 1990s and was known for its car accidents. It’s a lot safer now. We continued following it past lots of hills and Brazilian restaurants and eventually reached the jungle. There was a mist hanging over the forest. 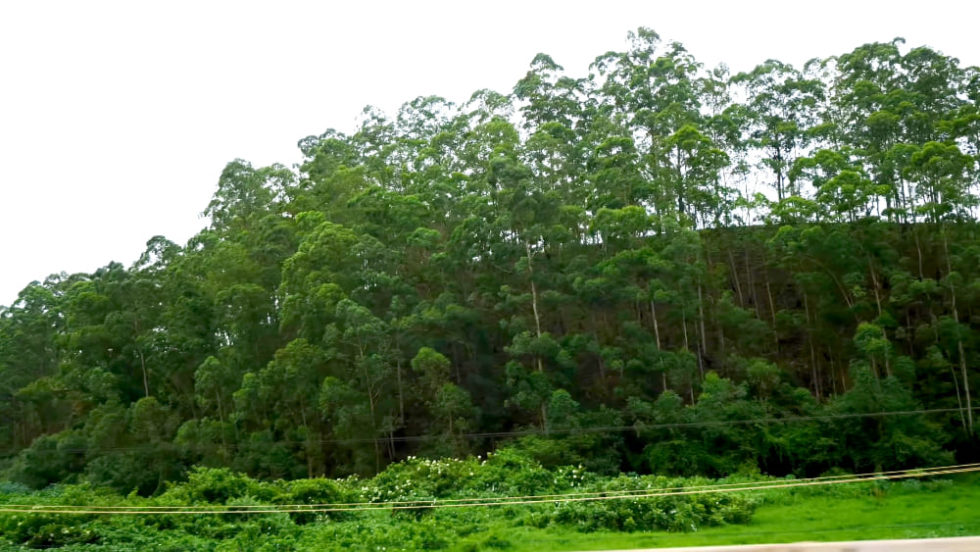 There are also lots of tunnels along the road. We passed through three in a row and saw mostly big cargo trucks as we drove. With about two hours go, we were planning on stopping at a restaurant that sells buffalo meat, but it didn’t open until noon. So we continued on and saw a car that had run off the road. The rain was pouring! 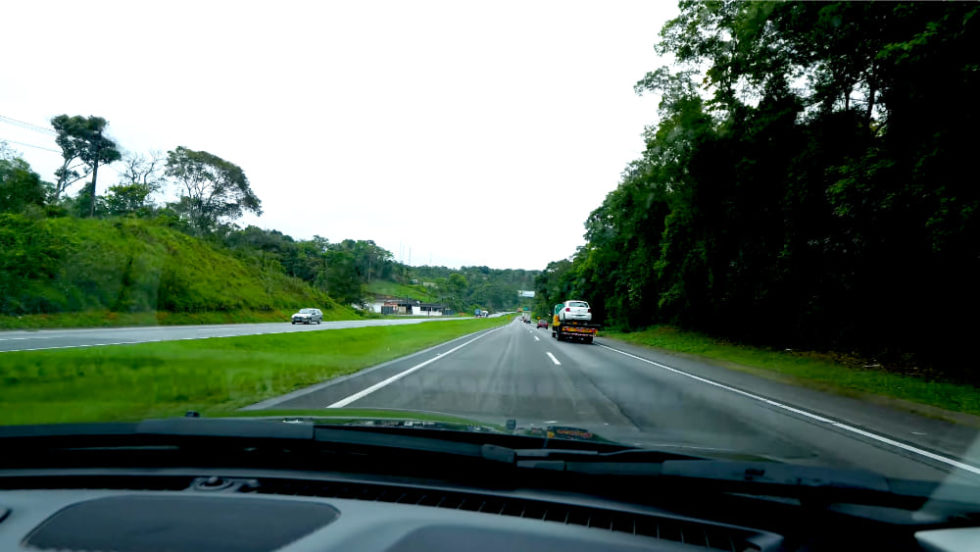 We stopped at a stand selling some fruit, including bananas from nearby plantations, coconut, hearts of palm, local honey, papaya, pineapple, and more. They also sell liquor and banana chips. We tried some refreshing coconut water straight from the coconut for less than $1! 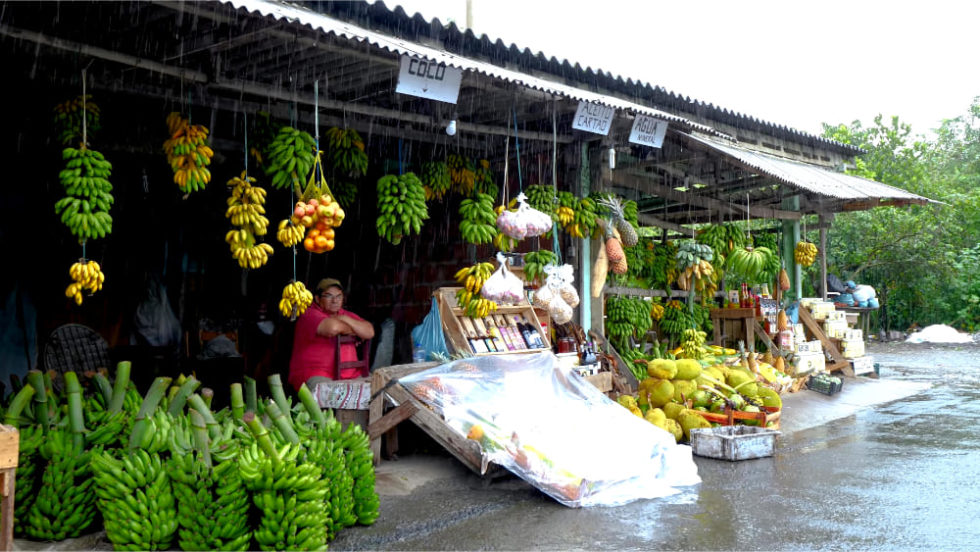 Then, we had some salty, roasted peanuts and some dark coffee that was extremely sweet. I could taste the coffee, though. It was good! Then, the nice woman there let me try a heart of palm. It was too yummy! Crunchy, juicy, and flavorful!

There are lots of stands like this in Brazil. This is why I love road trips. You can find local spots like this and meet the locals! We arrived in Curitiba, and characteristically, it was raining! There are lots of food and attractions there and I couldn’t wait to explore it over the next day and a half! Huge thanks to Guilherme and Rafa for making this such a fun trip! 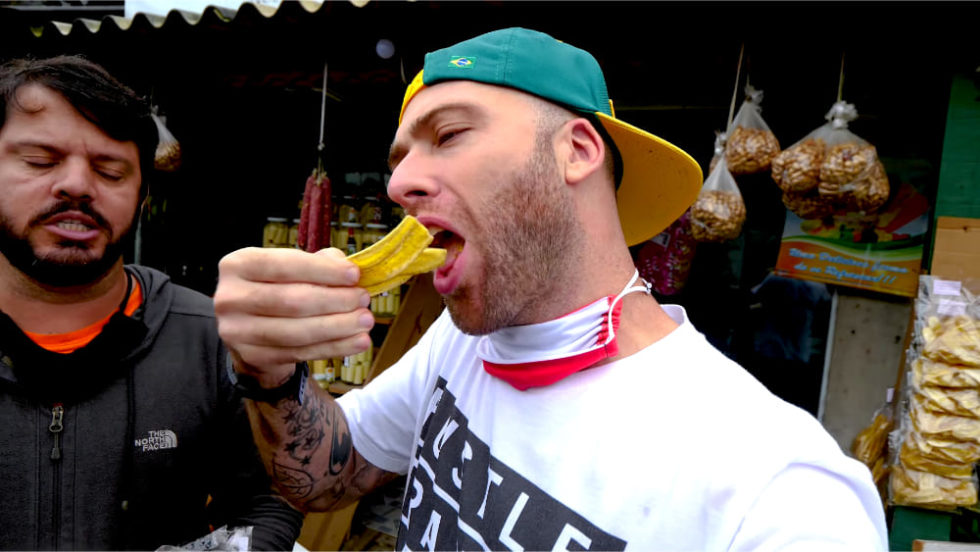 I hope you liked coming with me on my Brazilian street food road trip! If you did, please give this video a thumbs up and leave a comment. Also, please subscribe to my YouTube channel and click the notification bell so you never miss any of my travel/food adventures around the world!