With a little under two days in the beautiful, European-inspired city of Curitiba in my rearview window, I continued my road trip through southern Brazil with another long drive, this time to the German-influenced city of Blumenau! Come with me as I try a Brazilian cachaça flight on my way to Blumenau, Brazil!

My day began super early in the morning at Hotel Intercity Curitiba Batel in Curitiba. My friends Guilherme and Rafa from Rio4Fun and Rio4Food and I would be driving five hours to the city of Florianópolis, but we’d stop in Blumenau along the way. Blumenau is three hours from Curitiba and is famous for its German food, and especially its beer! 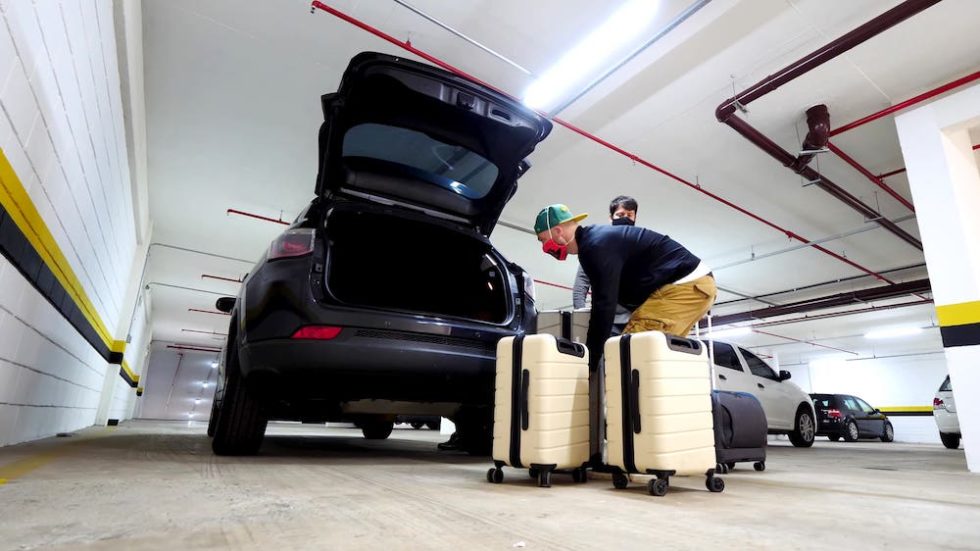 Unfortunately, a lot of Curitiba’s attractions were closed because we were there on a Monday. Most attractions are closed in Brazil on Mondays, so be sure to plan your trip around that fact. Luckily for us, we still found plenty to do since Curitiba is a big foodie town with lots of Italian and Ukrainian influences. 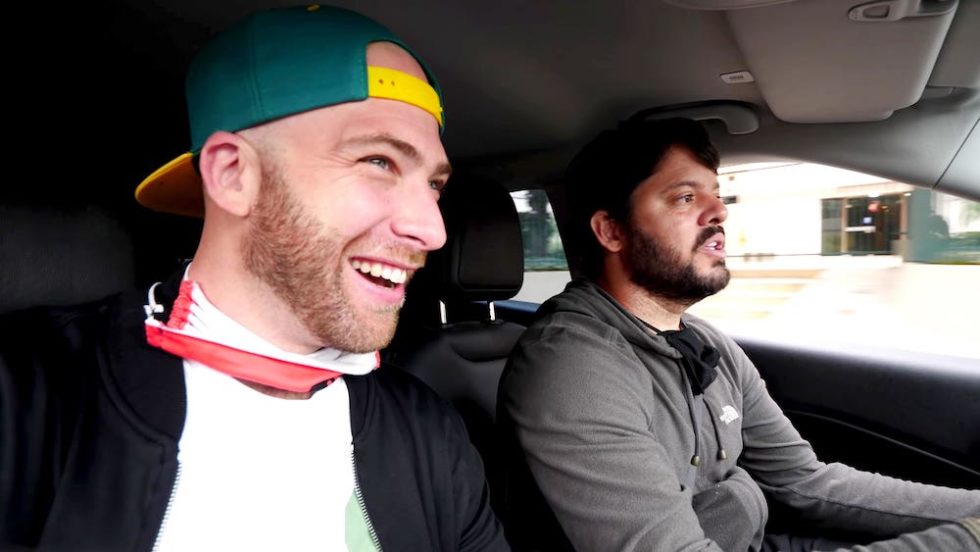 The road to Blumenau is four lanes and is lined with lots of commercial space, including tons of car dealerships. Soon, we’d cross over from the state of Paranhá to Santa Catarina, which has a lot more German and Portuguese influences. 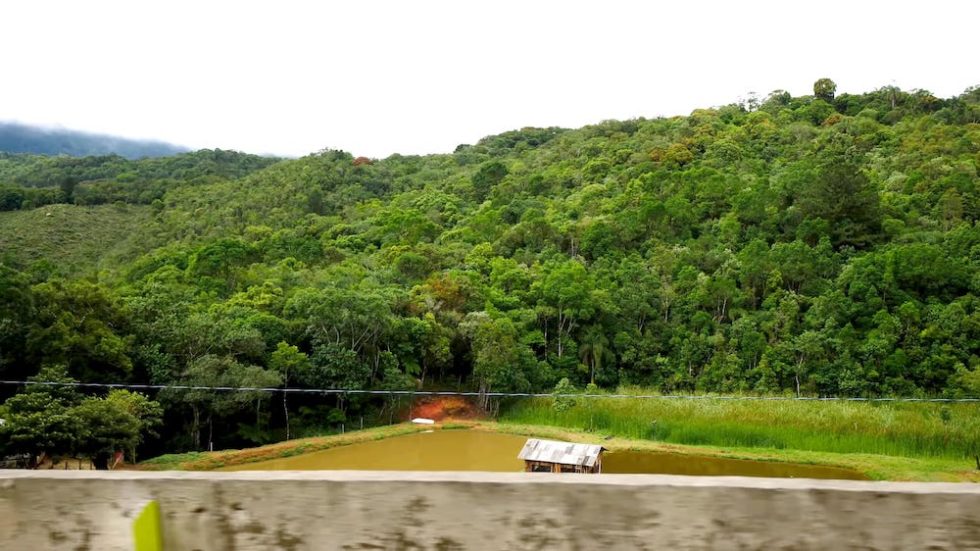 Thirty minutes outside Curitiba, the landscape changes to dense, jungle greenery along the sides of the roads. There are also waterfalls on the right-hand side of the highway. It reminded me a bit of Florida! I couldn’t wait to have German food in Blumenau and tons of seafood in Florianópolis afterward!

We stopped at a rest stop called Casa do Couro to grab something to eat. You can buy cow hides, mortar and pestles, and more there. It’s a market that sells snacks, bread, huge jugs of house wine, barrels of cachaça, candy, local artisanal honey, cheese, salami, and even tamales! They had a lot of carved wooden signs for local football teams as well! 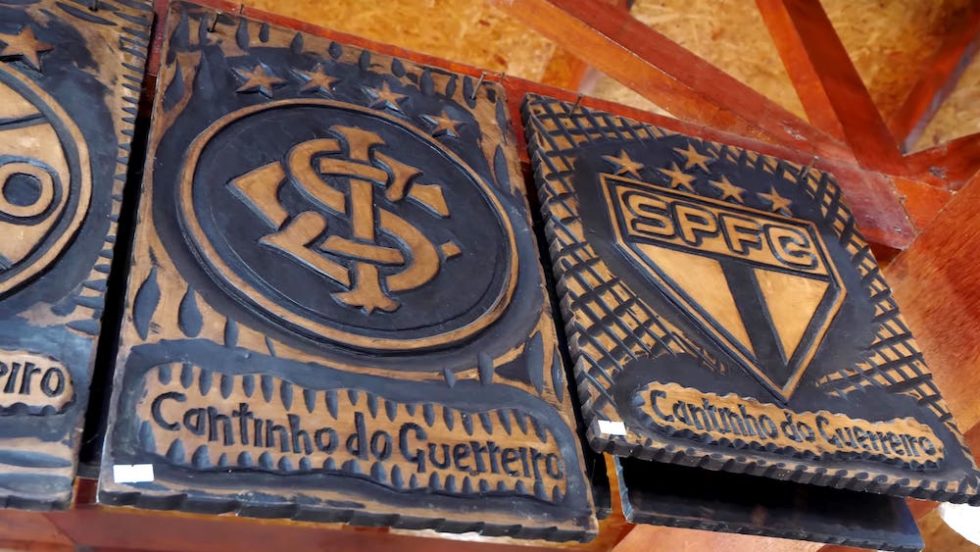 I tried some intense honey cachaça from an oak barrel and then had a Brazilian-style tamale. The masa in the tamale was like sweet cornbread but didn’t contain any filling. It was so sweet and delicious! I followed it with some super sweet chocolate milk called Choco Leite. It was like pure sugar and paired well with the sweet tamale. 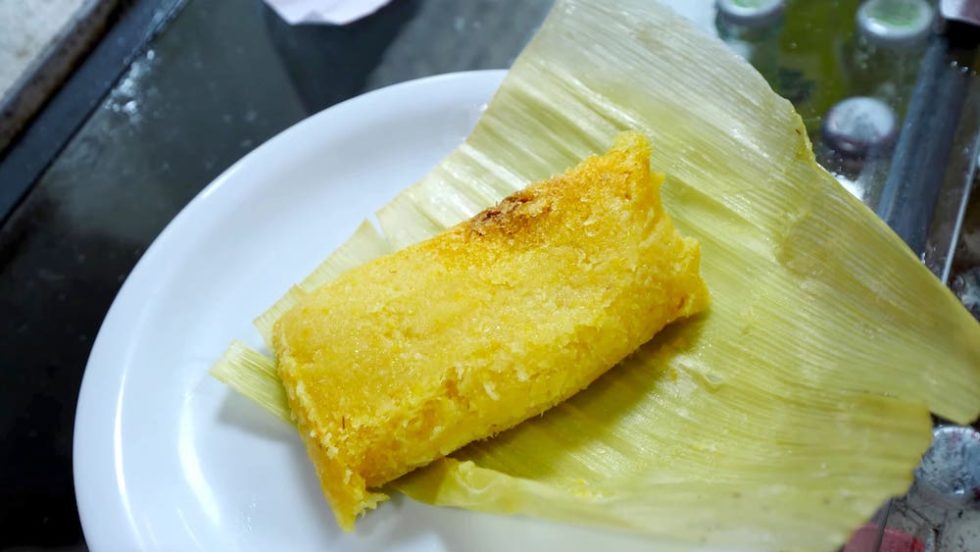 I flushed everything down with some straight dark Brazilian coffee and bought my mother-in-law some local honey. The meal, the honey, and the wood carving together cost $15.50 USD, or roughly R$ 83.23. 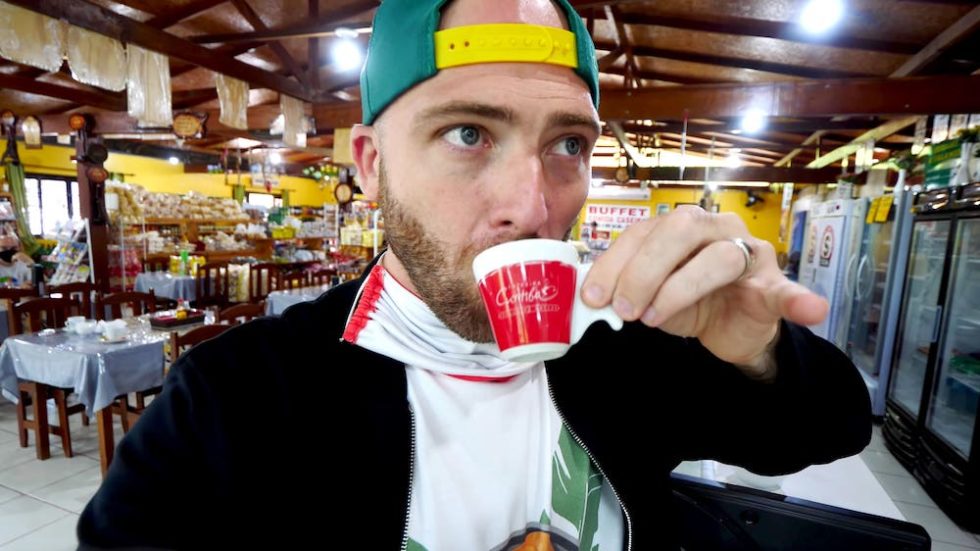 Then, we continued our journey to Blumenau. We passed into the state of Santa Catarina with one more hour to go. The road became very narrow and continued through the countryside. Along the way, we passed through lots of agricultural space and old-school German-style towns. Navigating the road was slow due to the amount of traffic and potholes.

We continued past cemeteries, churches, and rice plantations and stopped at a small fruit stand. The friendly German woman there showed me all of their local wine and cachaça. They also sell spices and snacks. I got some fresh coconut water and she let me try some flavored cachaça, including some amazing banana cachaça, which only cost $4 USD for the whole bottle. The coconut water was super refreshing! 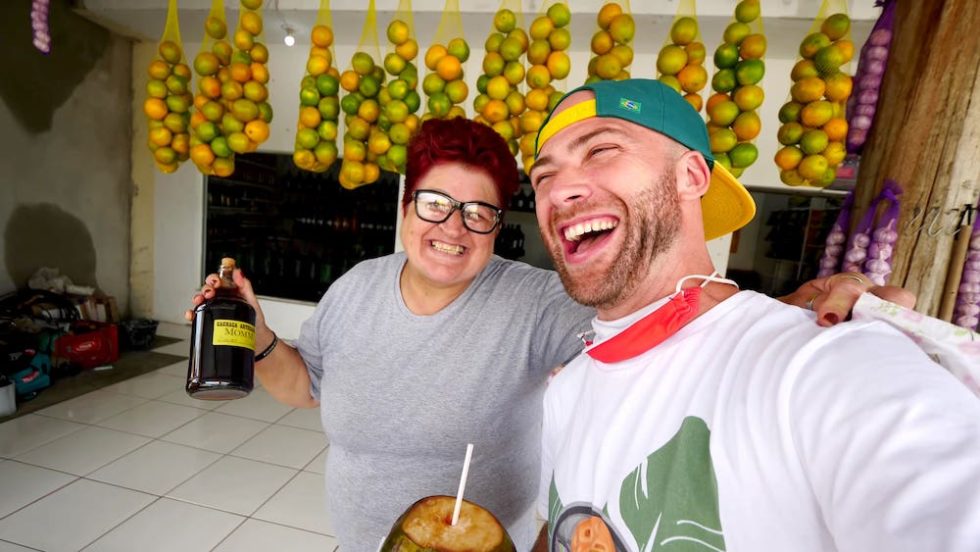 The woman was like my German grandmother. I bought the cachaça and then tried a sweet variety from a local fruit. The mint one was way too strong and I didn’t love it. They also had tons of watermelon, pineapple, and coconut there. What an awesome spot! I love stopping at local spots like this on road trips. I spent about $7 USD there in total. 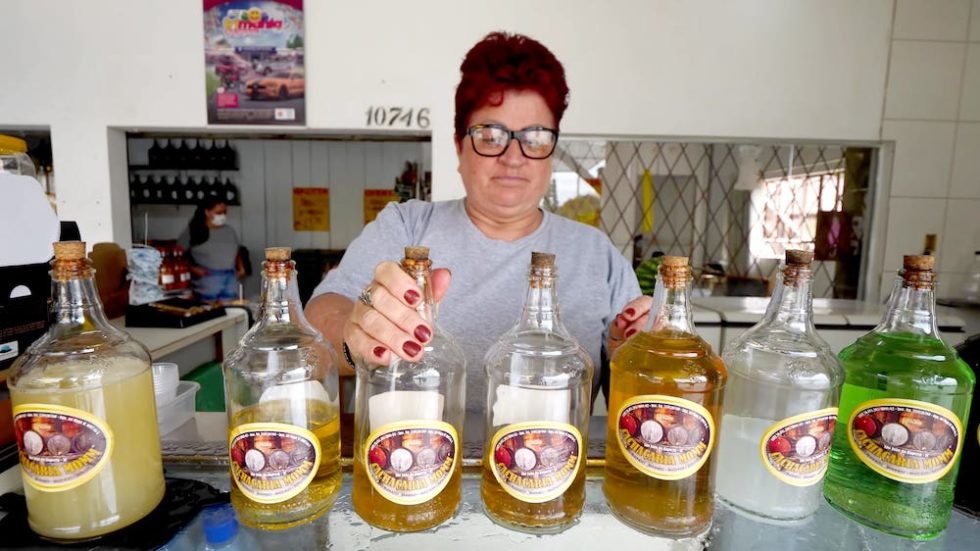 After 3 hours on the road and after trying an amazing Brazilian cachaça flight, we finally arrived in Blumenau, Brazil ! What an incredible journey! 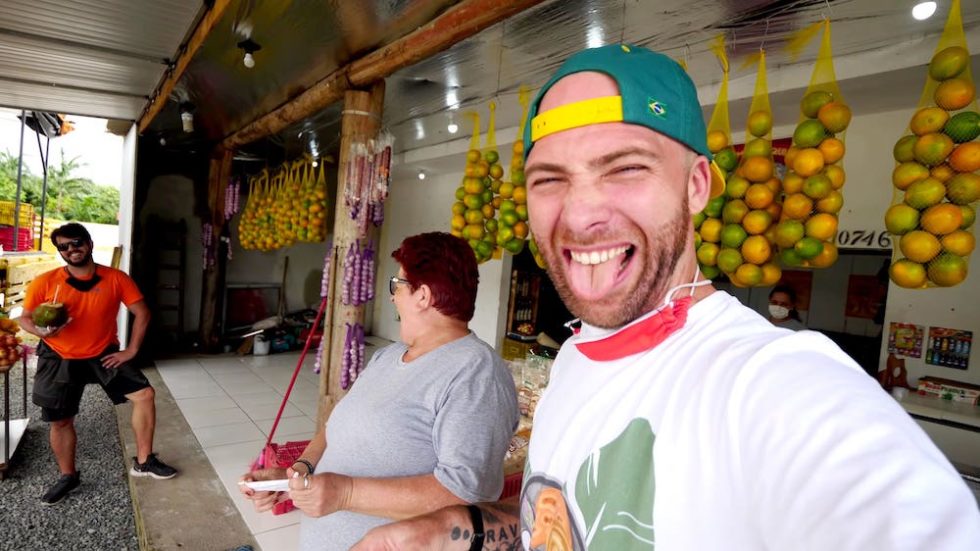 I hope you liked coming with me as I tried a Brazilian cachaça flight on my way to Blumenau, Brazil! If you did, please give this video a thumbs up and leave a comment below. Also, please subscribe to my YouTube channel and click the notification bell so you don’t miss any of my travel/food adventures around the world!