After two exciting days exploring Brazilian island life in the city of Florianópolis, I continued my road trip through southern Brazil with a drive to Porto Alegre. Join me as I enjoy some Brazilian sweets and cachaça on the way to Porto Alegre, Brazil!

My morning began at the Hotel Intercity Florianópolis. This beautiful city is the capital of the state of Santa Catarina and is the party capital of Brazil. It’s also one of the best cities in the country for fresh seafood! 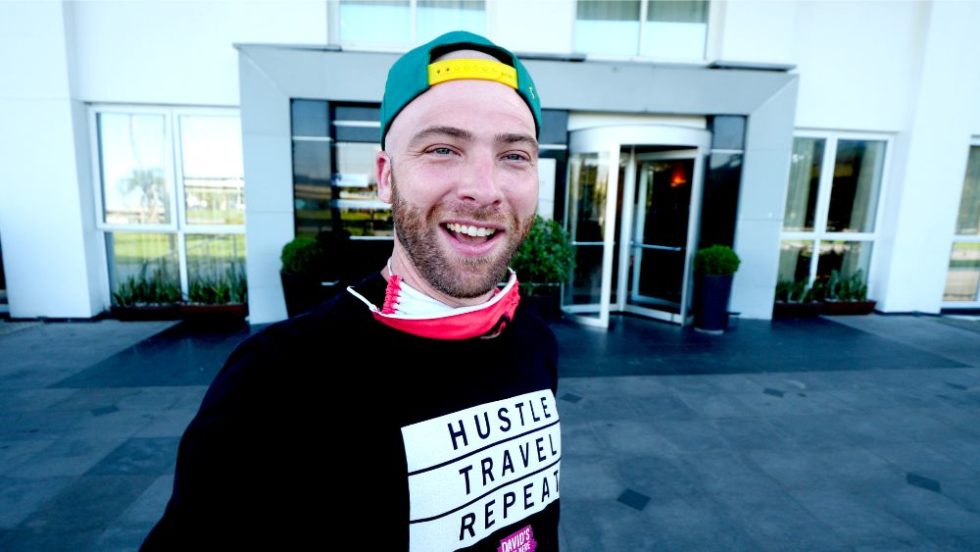 My friends Guilherme and Rafa from Rio4Fun and Rio4Food and I started our journey at 6 a.m. We’d be heading five hours straight south to Porto Alegre, the meat capital of the country! It’s located in the state of Rio Grande do Sul. I was hoping we’d get there by lunchtime! 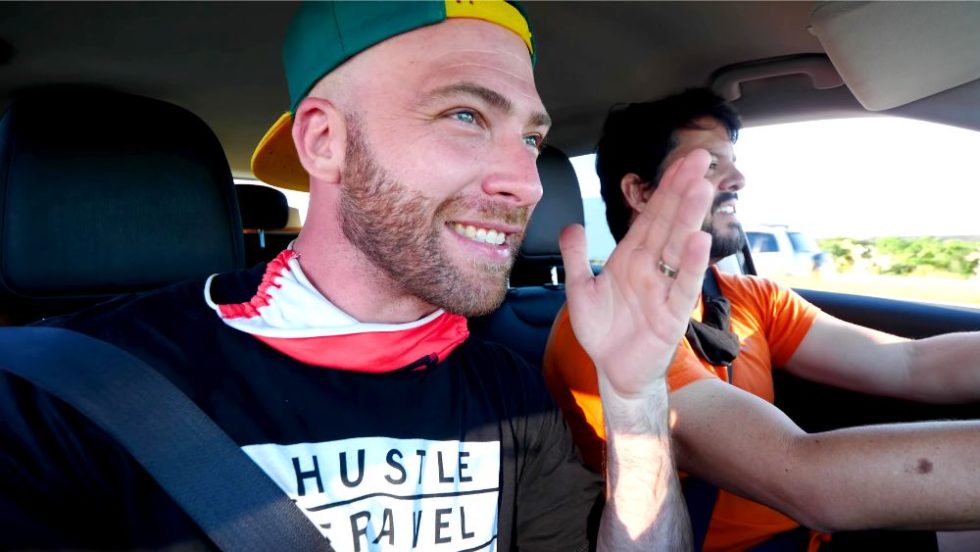 Although I spent only 48 hours in Florianópolis, I recommend taking at least double that if you want to explore the island properly. It’s a seafood haven, and the island is huge, so it takes at least 30 minutes to get anywhere. During the high season, there’s also lots of traffic, so you also have to account for that. 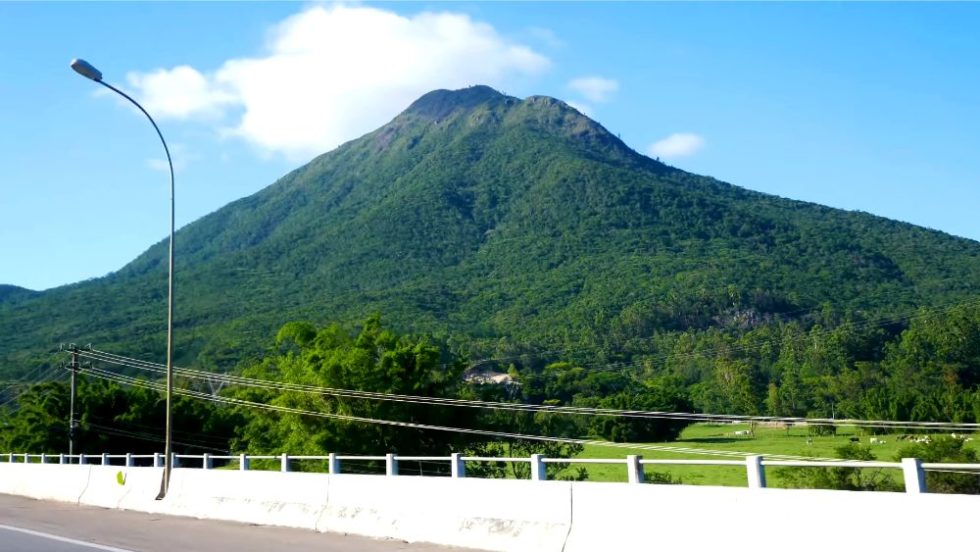 It was amazing how beautiful it was at 6 in the morning. The skies were blue and we were passing by lush mountain ranges. It reminded me of Costa Rica! This part of the road had the lagoon on the right-hand side and the bay on the left. The landscapes were stunning!

After three hours of driving, we passed into Rio Grande do Sul. It was scorching although we were driving along the coast. We passed lots of small commercial vendors and tons of churrascarias. The food there is so inexpensive and you can eat nonstop meat at many of them! 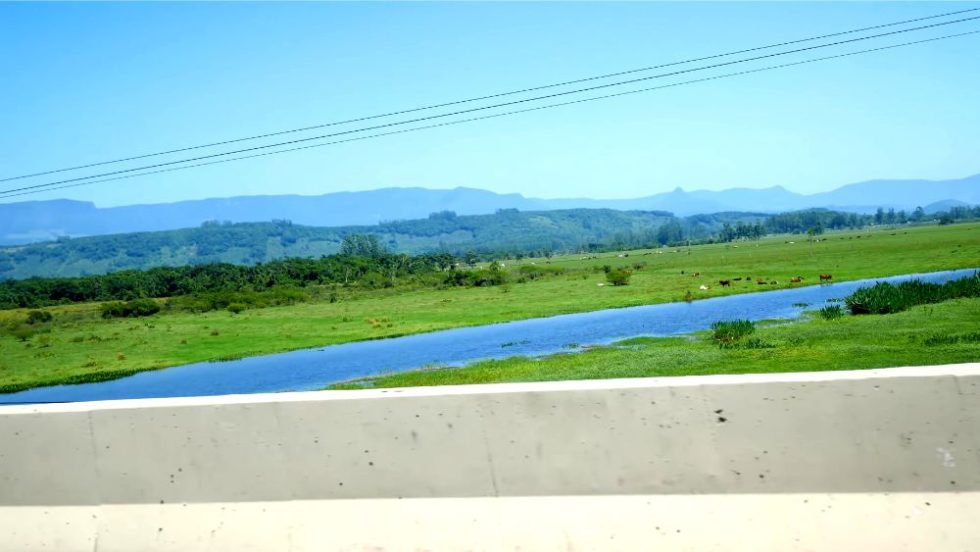 We stopped at a fruit stand called Bem Vindos Fruteira Paraiso, a market that sells lots of craft foods, wines, snacks, fresh eggs, honey, onions, pumpkins, pumpkins, dried beans, zucchini, and more. We got some refreshing sugarcane juice and some meringue snacks with lime. It was like a dry lime cake. The juice was the perfect antidote to the hot weather. 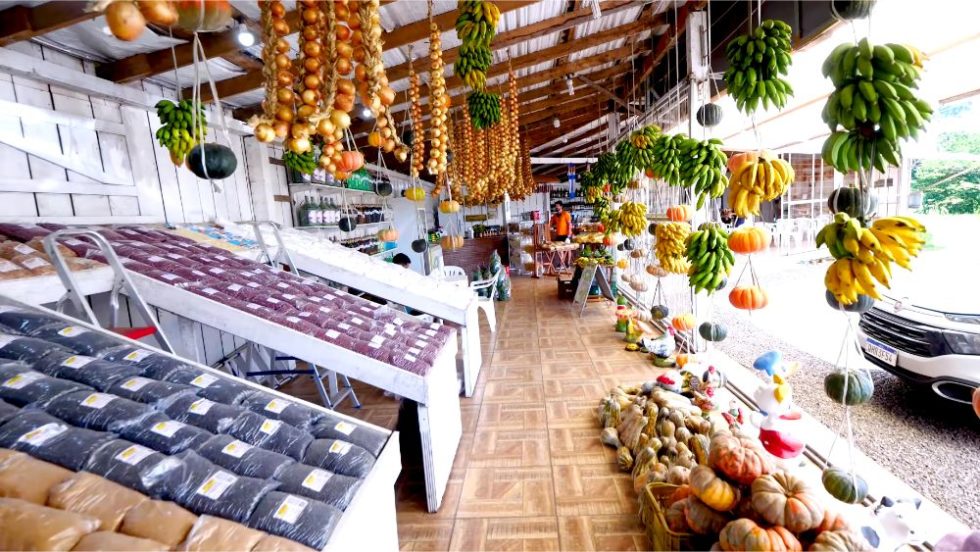 They also sell tons of varieties of cachaça, including nut, berry, banana, cinnamon, strawberry, and more. The cinnamon was very strong and tasted like rakija, while the plain cachaça was almost identical to rakija and grappa. 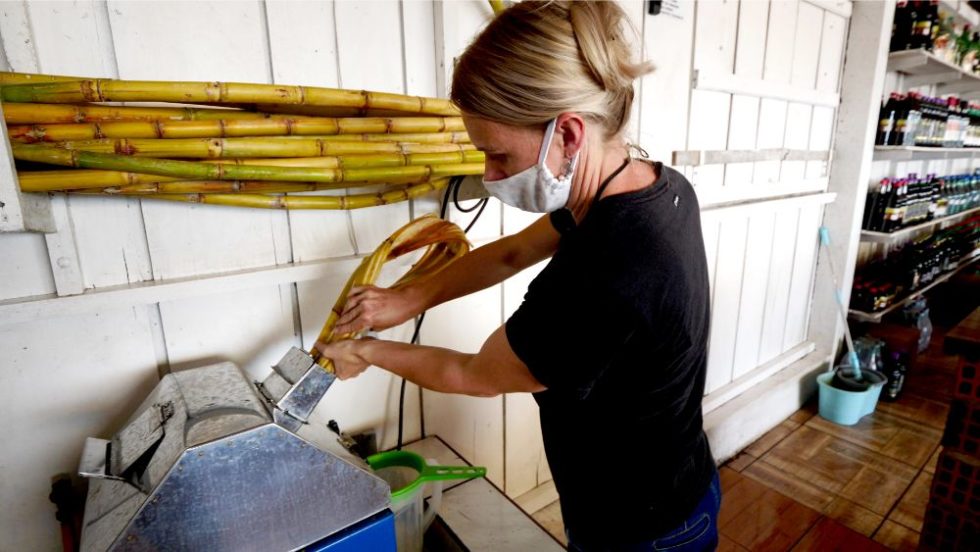 I checked out some of their massive zucchinis. I recommend coming here and buying the artisan cachaca to support the locals. 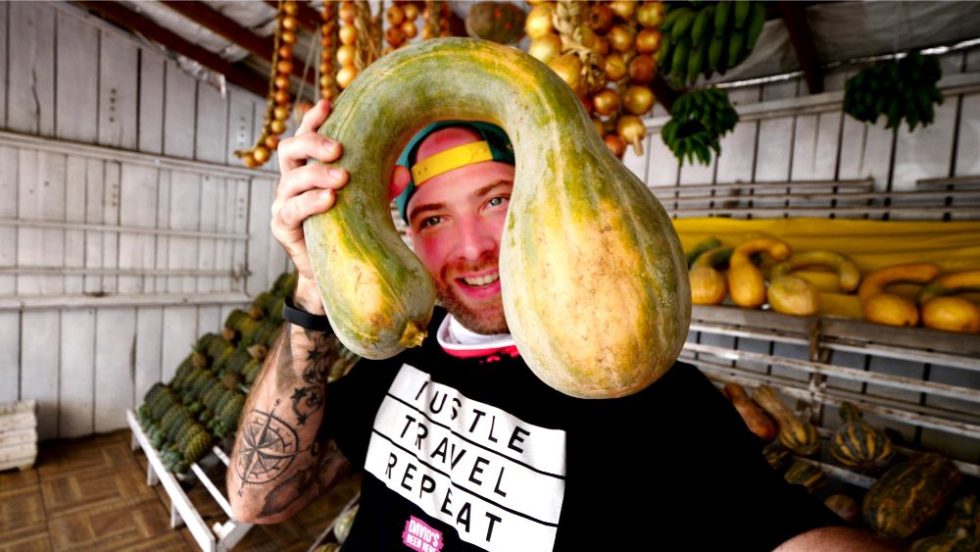 Then, we continued on to Porto Alegre. It was around 37 degrees Celsius, which is really hot. It was summer, and it can get really cold here in the winter. We passed through lots of long tunnels along the road. They pass through the mountains!

We passed lots of industrial areas on our way into the low town in the city center. Finally, we arrived at the Hotel Intercity Cidade Baixa! It’s a beautiful hotel with a very nice lobby. It had high ceilings and lots of glass windows that let in tons of natural light. 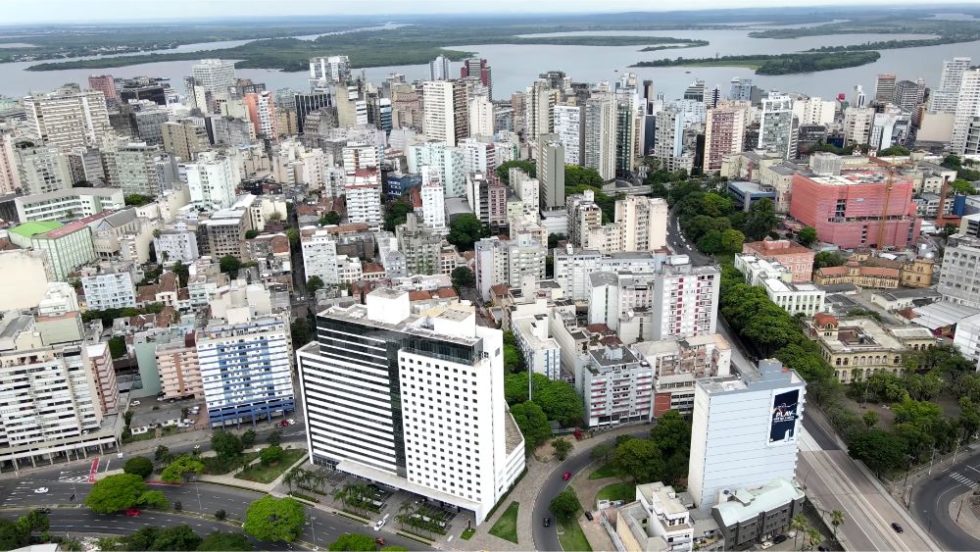 My room there was my favorite on this trip so far. It was really artsy and spacious, with a desk, a small couch, flat-screen TV, a king-sized bed, a lockbox, a fridge, a minibar, and a clean and minimalistic bathroom. It was gorgeous! 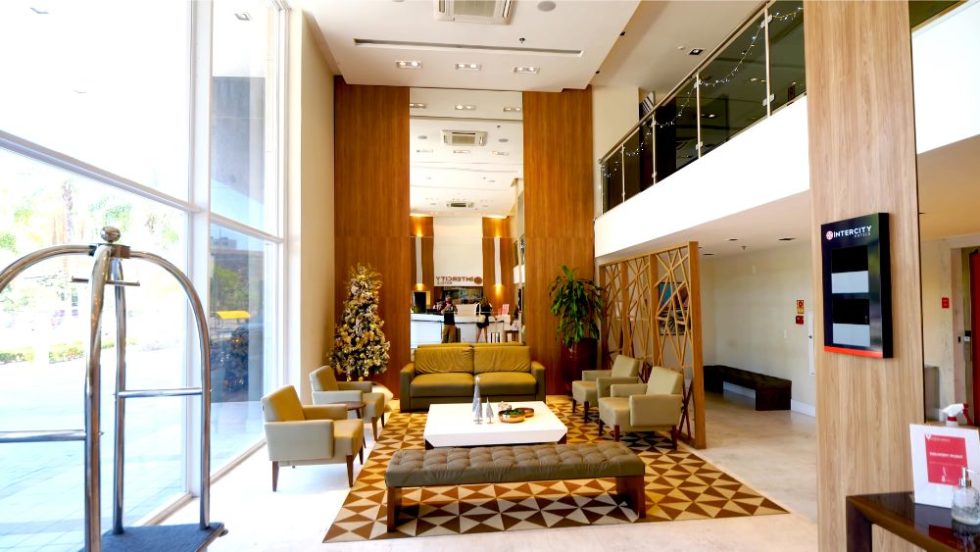 What an awesome time trying Brazilian sweets and cachaça on the way to Porto Alegre, Brazil! Big thanks to Guilherme and Rafa for taking me on this road trip. Big shoutout to the amazing people at the Hotel Intercity Cidade Baixa for hosting us during our stay! I highly recommend staying there when you visit Porto Alegre. 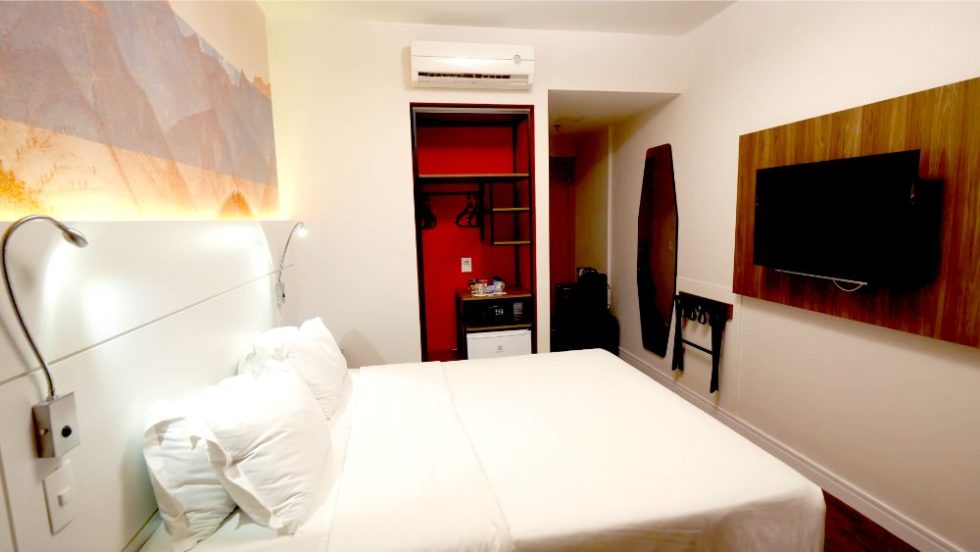 I hope you liked coming with me to try Brazilian sweets and cachaça as we made the drive to Porto Alegre, Brazil! If you did, please give this video a thumbs up and leave a comment below. Also, please subscribe to my YouTube channel and click the notification bell so you don’t miss any of my travel/food adventures around the world!