To wrap up my time in beautiful São Paulo, Brazil, I headed out on an epic nighttime street food tour I will never forget! Come with me as I show you a wide array of authentic Brazilian street food, including tapas, hot dogs, and more in São Paulo, Brazil!

My evening began in the Cambuci neighborhood with my friends Aurèlio from Be My Guest SP and Guilherme and Rafa from Rio4Fun and Rio4Food. There, we began our adventure at A Juriti, a local bar that has been around since 1957. 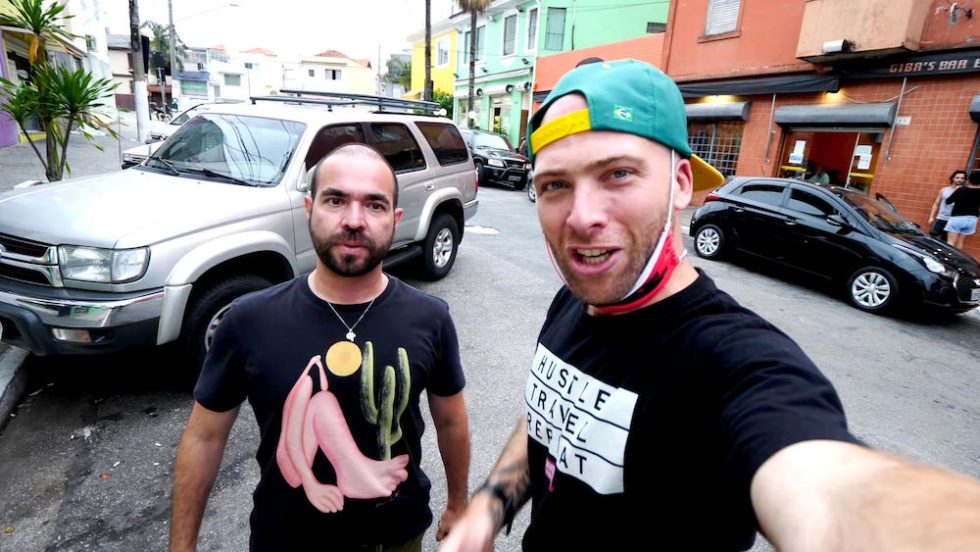 The bar is where you go to experience the real São Paulo. It’s very traditional and sells traditional foods like cheese, cold cuts, seafood, and pork rinds. It was almost exactly like a tapas bar in Spain. 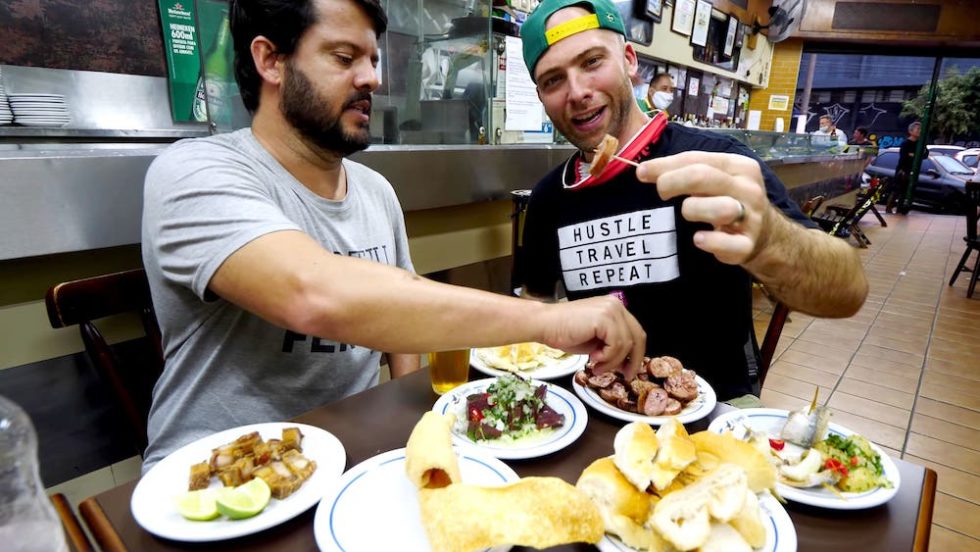 I tried some Serramalte beer along with pork skin, pork belly, sausage, frog legs, morcilla, fish, and more! We started with the beer, which was crisp and malty. Then, we jumped on the sausage drizzled with cachaca, which is sugarcane liquor. I could taste the liquor. It was so good! 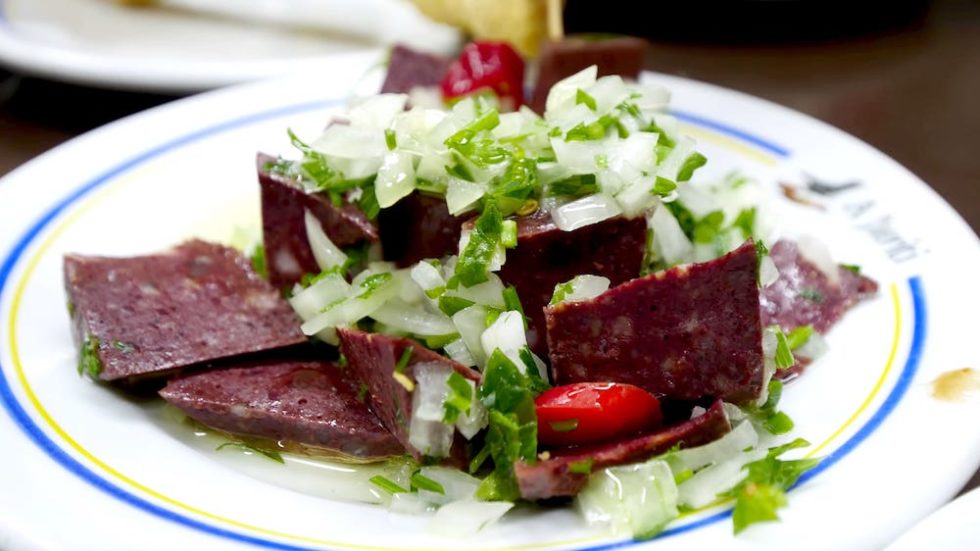 The morcilla with onions and chilies was oily, herbal, and different. The onions with it gave it a nice crunch! Next was the fried frog, which tastes like chicken. The only thing is, it’s very bony and doesn’t have much meat on it. It was great with the lime, as was the fried pork belly.

Then, I tried a marinated fish wrapped around an onion. It’s very fishy and the onion was very potent. The chicharron was super crunchy and fatty, and super tasty with the lime juice. Finally, we tried some batatas, or potatoes, with chilies. They were super spicy! 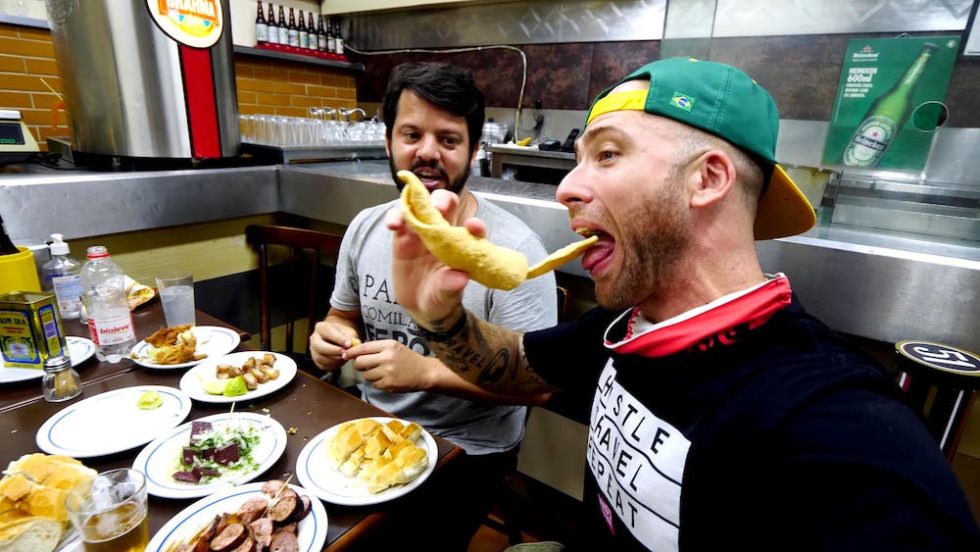 Then, we hopped back in the car to track down a super unique hot dog at Super Hot Dog. This hot dog is Aurèlio’s favorite and comes covered in mashed potatoes! It’s a layered hot dog with mayo, mustard, ketchup, corn, fritas, tomatoes, onions, and finally mashed potatoes on top! 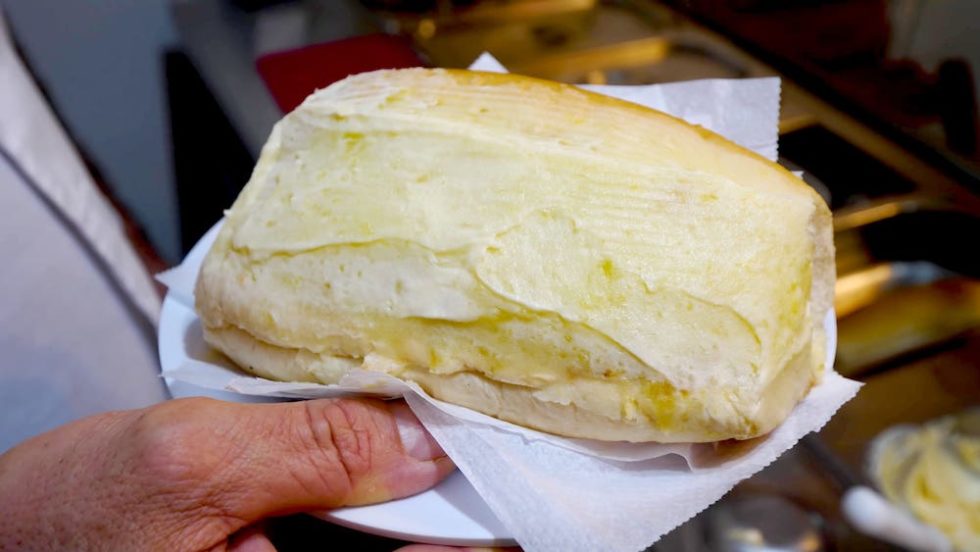 Hot dogs are very popular in Brazil and are part of the local German influence. This hot dog is so crazy and massive! It’s tropical, crunchy, and refreshing, but also very soft and mushy with a very fluffy bun. It’s a smorgasbord of textures. I loved the textures, and the hot dog itself was really good, too. I’m not usually a big hot dog guy, but this one is amazing! 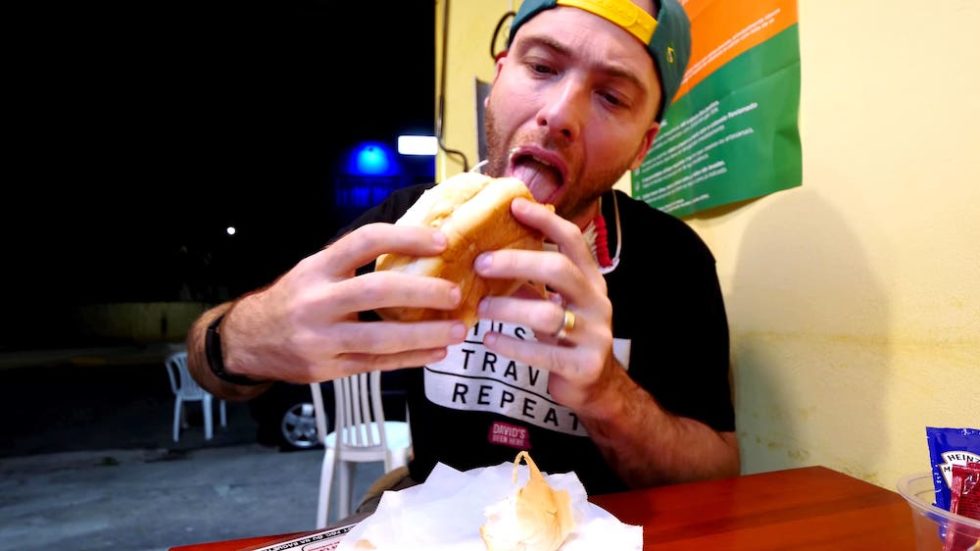 We got some frozen açaí with sprinkled powdered milk on top. The milk powder was different. I loved the sugary guarana syrup and the banana in it. It was super tasty, thick, and creamy. It’s a super amazing dessert. It felt more like a slushie! 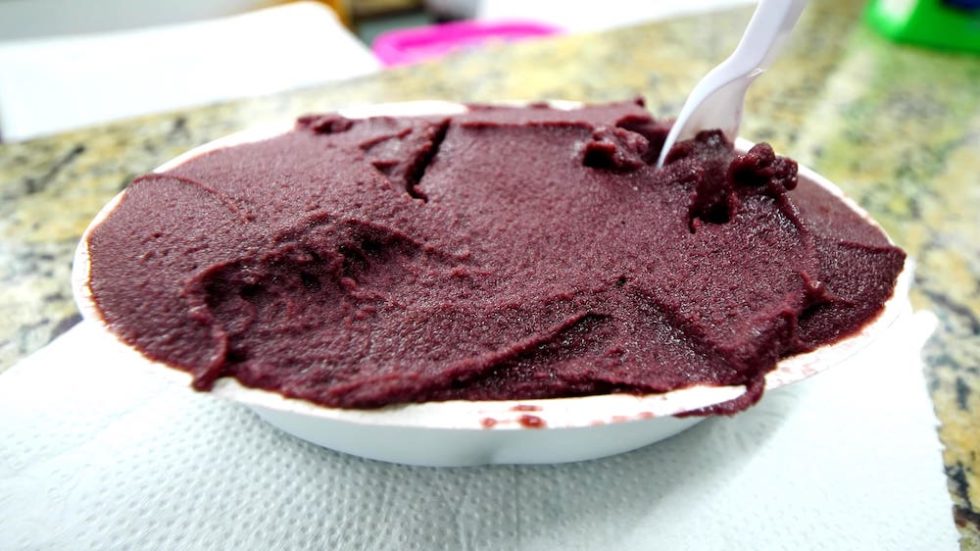 What an awesome Brazilian street food tour in São Paulo, Brazil! Huge thanks to my friends Aurelio, Guilherme, and Rafa for making this adventure possible. 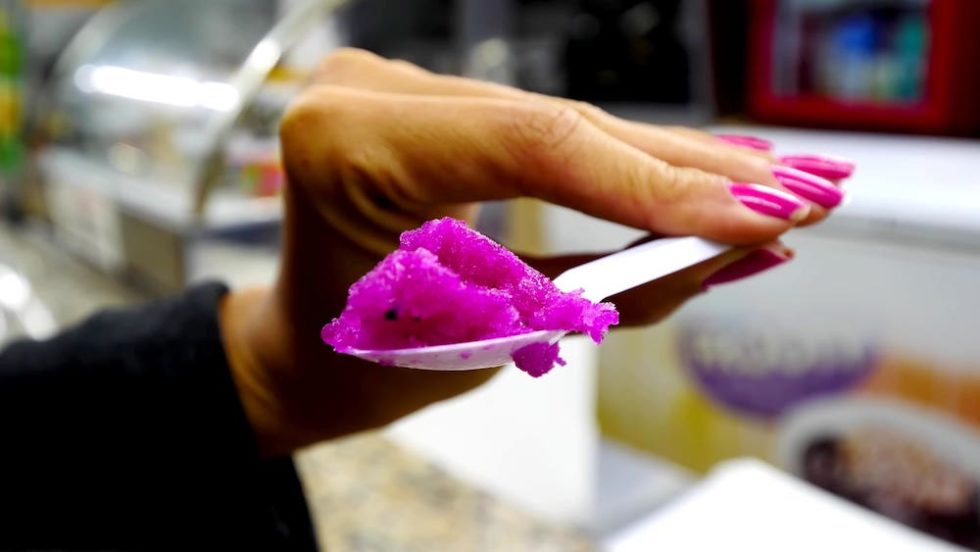 I hope you liked coming with me on my epic Brazilian street food tour in São Paulo, Brazil! If you did, please give this video a thumbs up and leave a comment below. Also, please subscribe to my YouTube channel and click the notification bell so you don’t miss any of my travel/food adventures around the world!