My adventures in southern Brazil continued in the wine-producing region roughly an hour and twenty minutes north of the city. Join me as I have the ultimate Brazilian wine country experience in Vale dos Vinhedos, Brazil!

My day began at the Intercity Cidade Baixa in Porto Alegre, but my friends Guilherme and Rafa from Rio4Fun and Rio4Food and I would soon be making the drive north to Vale dos Vinhedos. Its name translates to “Valley of the Vineyards.” We’d be heading to the two towns there, Garibaldi and Bento Gonçalves. 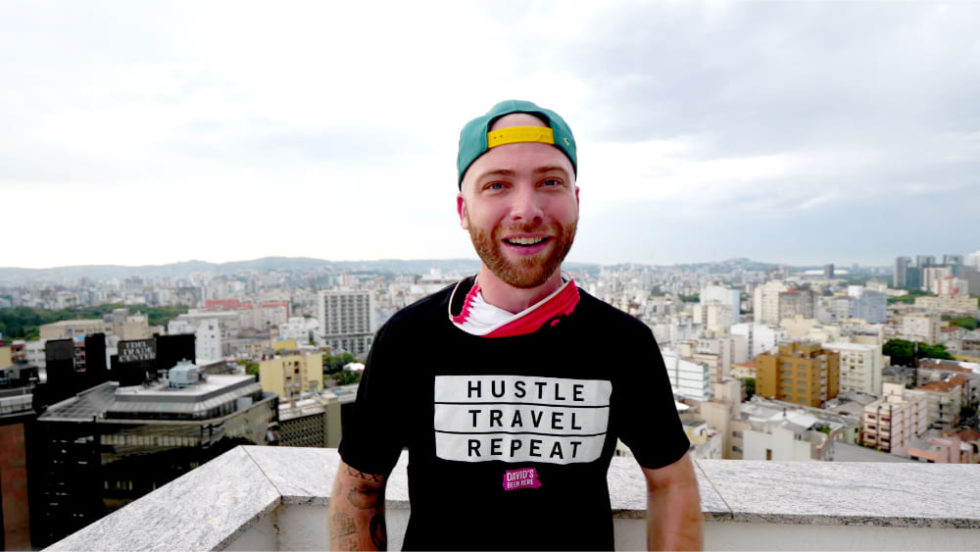 The area is known for its wineries, which include small, boutique wineries as well as much larger ones. There are also lots of restaurants there. 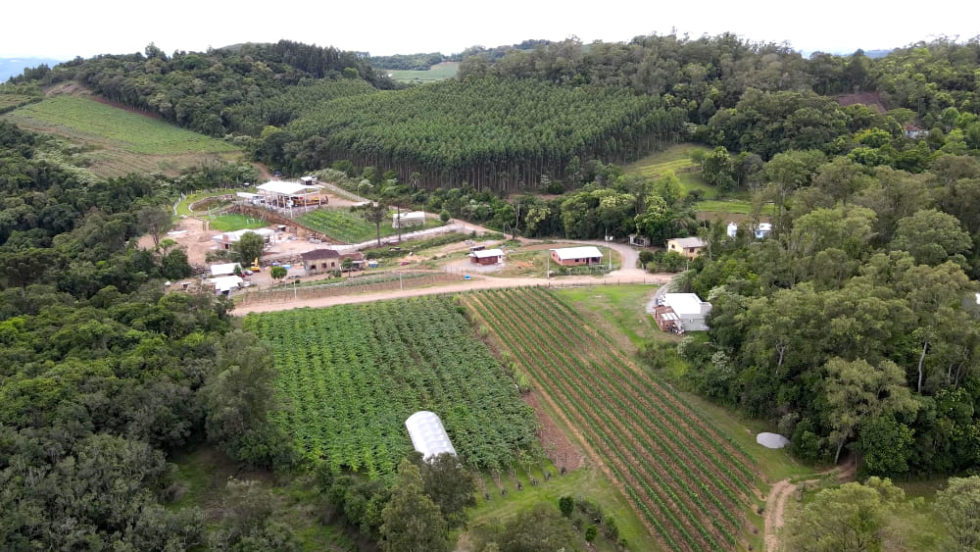 On the 19th floor of the hotel, they have the breakfast area, including coffee, fruit salad, orange juice, yogurt, sandwiches, and more. When you stay there, you have to head up to the 19th level in the morning to start your day! 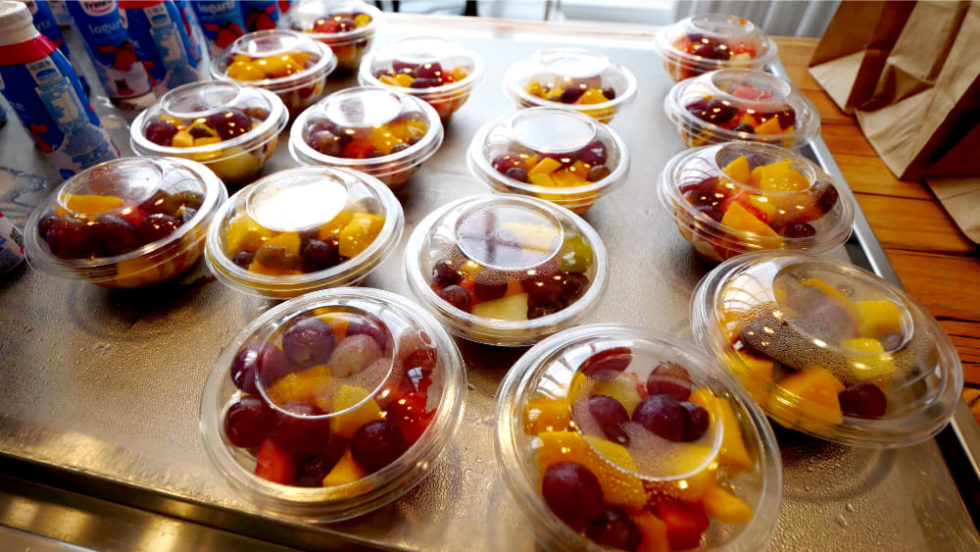 It was 7 a.m. on a Sunday, so the city was pretty dead as we drove through. I’ve been to lots of wineries and vineyards around the world, but I couldn’t wait to visit the ones in southern Brazil. There are lots of small towns along the way that specialize in things like strawberries and olive oil. 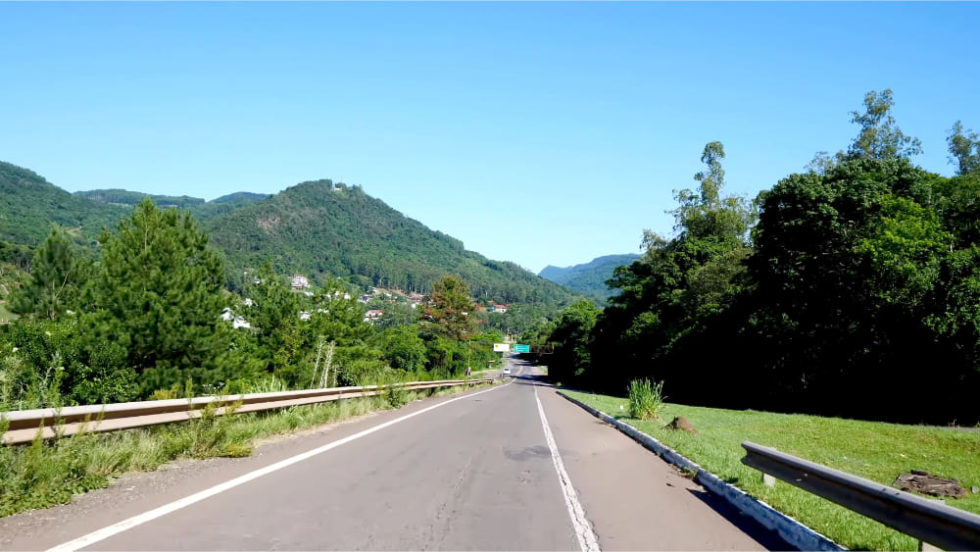 The landscapes here are lush and green and the towns are very colonial. It felt like I was in Tuscany or Switzerland as we approached Garibaldi. The temperature is cooler because it’s in a valley. Garibaldi was founded in 1900 by roughly 1,000 Italian immigrants. It’s now the sparkling wine capital of Brazil!

Check out the Top 15 Places to Visit in Napa Valley, California

The town reminded me of the small towns you find in Napa Valley. We stopped at the train station, which is the main tourist attraction in the town. There were lots of flowers there and some kids playing soccer near the abandoned tracks! 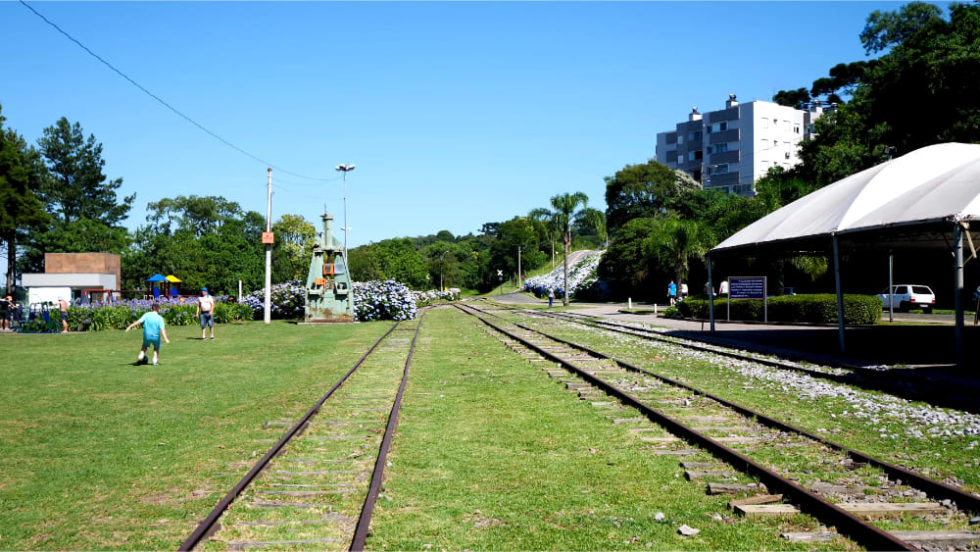 Then, we drove to a bakery called Cantinho das Delicias in the center of town. It’s like a traditional diner with tables and booths. They sell cakes, coffee, and more. I got a double espresso and some pao de queijo, which was hot and full of cheese. There are lots of Italian influences in the food, including the pastries, pizza, and the dark coffee. 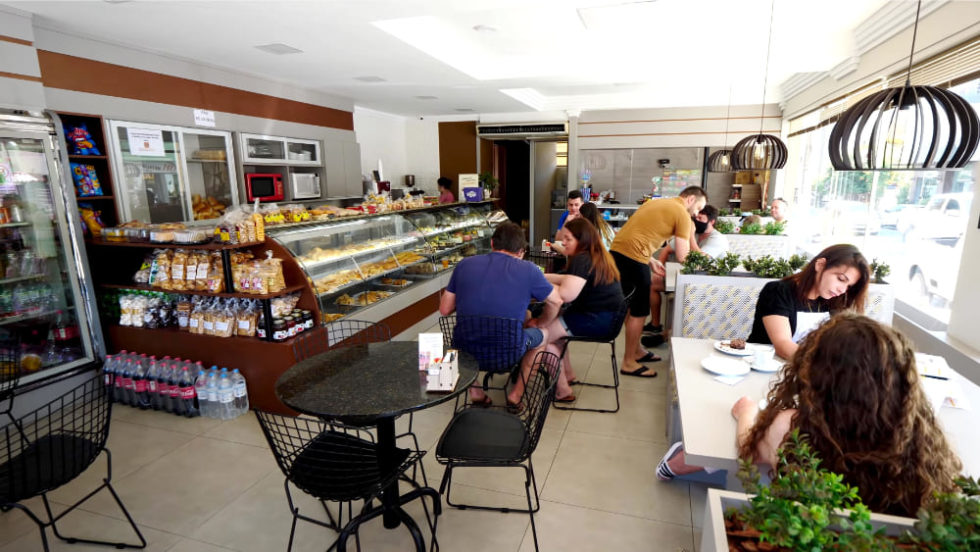 Next, we headed to Peterlongo Winery, which produces the very first Brazilian champagne. They have a license to be able to call it champagne. It’s huge and has high ceilings and produces tons of different wines. They have public and private tastings that last an hour. 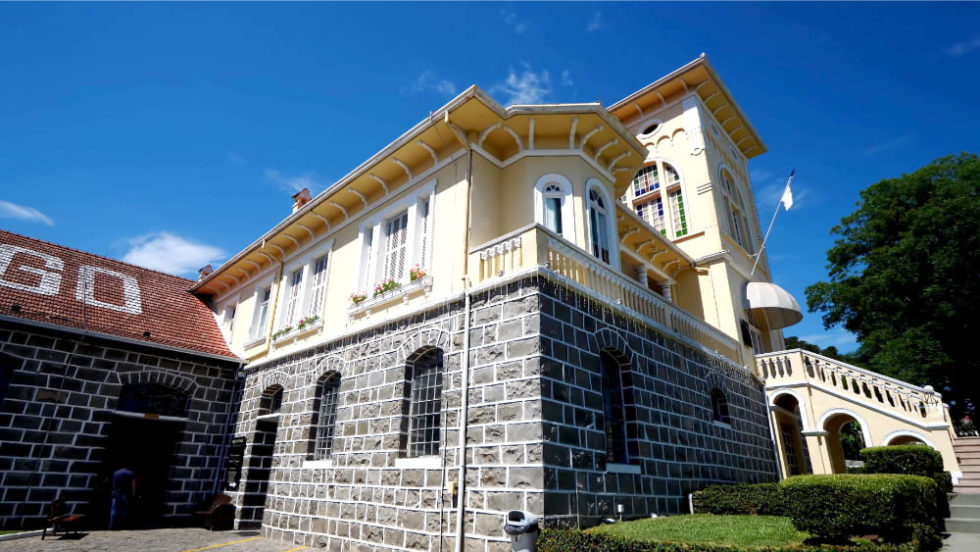 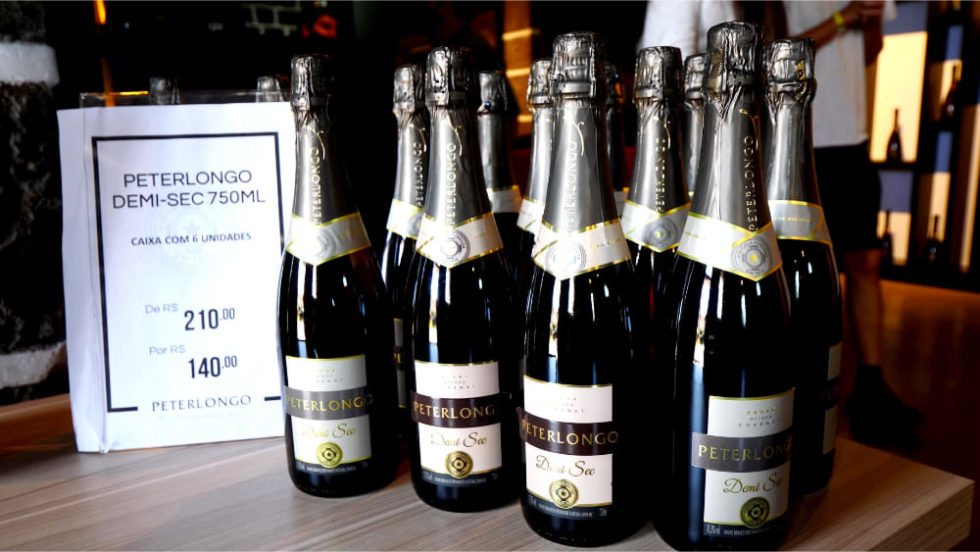 Next was a 6-month-old 2018 chardonnay, which was amazing. I liked it better than the other two. It was dry and sweet! Next was the a Portugese grape wine aged in French barrels, which was full-bodied, fruity, and oaky. These are their four best wines!

Next was a delicious pink Moscato with merlot, followed by a pure Moscato. I love sweet wines! I bought three bottles of their wine to take home with me and they gave me a glass as a gift! 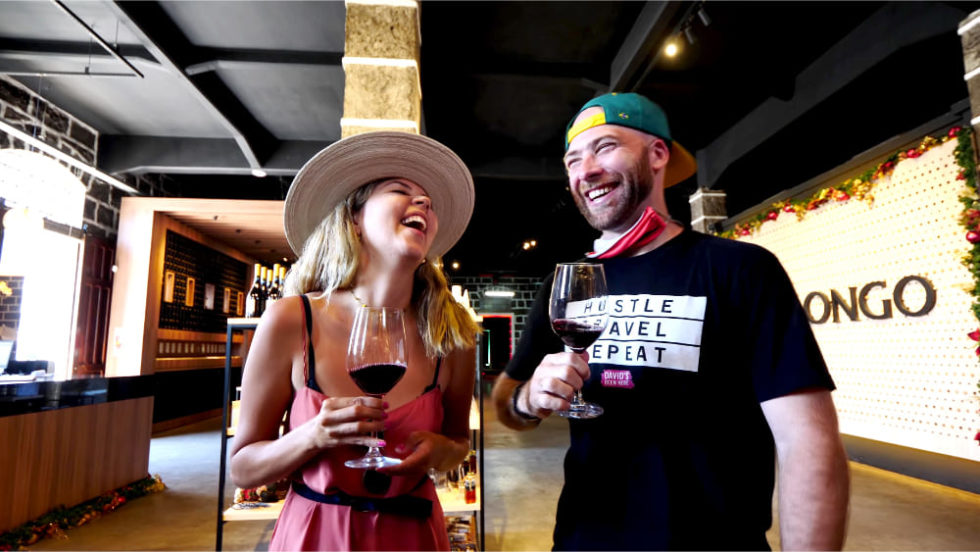 Next, we drove to Vinicola Cainelli, a small family winery in Bento Gonçalves that has been in business for five generations. First we saw their cellar, and then we got to see where they bottle their wines, which include red, white, rose, and more. Then, the owner took us into the vineyard on a tractor. I was able to speak with him in Italian, which helped with the communication. 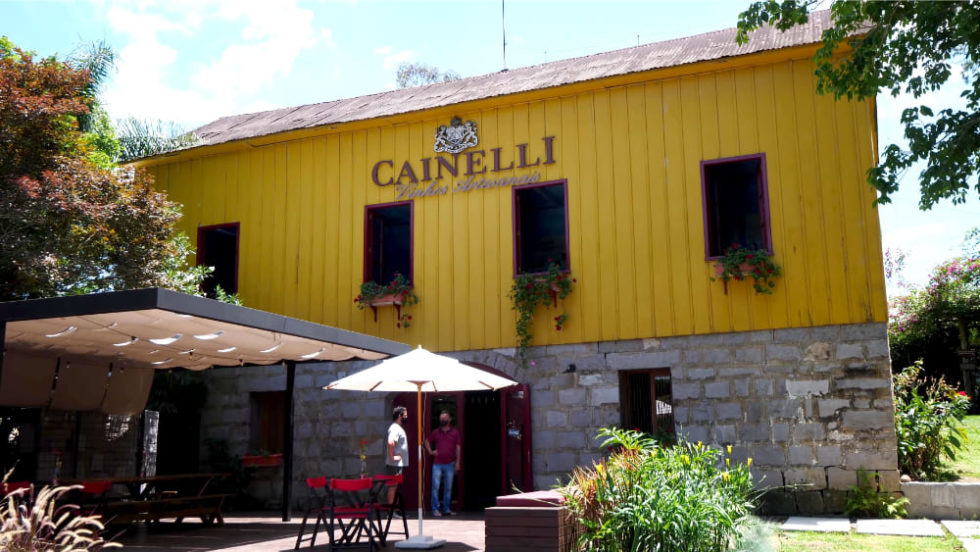 It’s beautiful! These vineyards with the grapes overhead are for producing grape juice, while the columns are for wine. I tried a couple grapes but they were still sour. They also grow oranges, limes, and other fruits. Then, we visited the wine-tasting room. It’s in a house built in 1929. The winery was started by his grandfather. 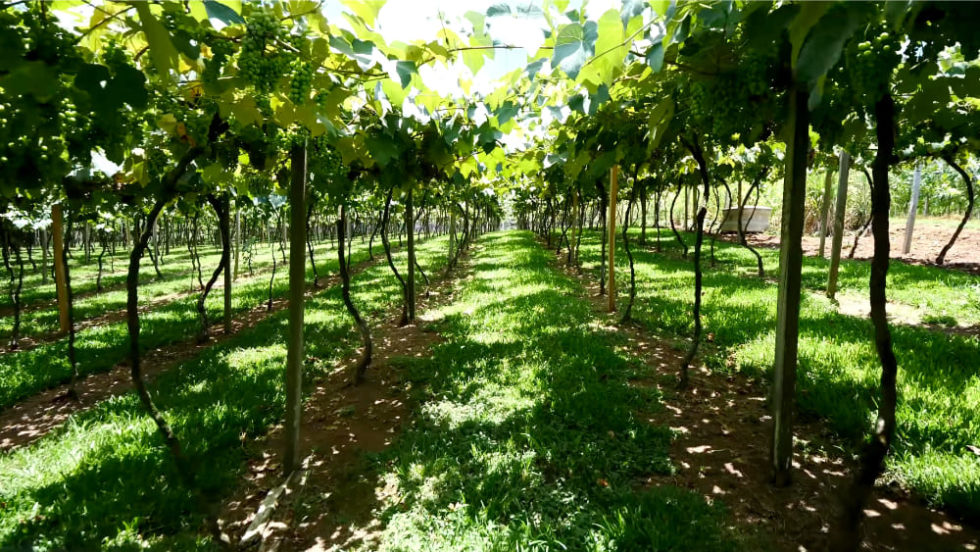 I tried some Marselan from Marseilles, France, which was bold and heavy and not sweet. It’s made with cabernet sauvignon and a Spanish grape. Next was a high-quality, sparkling, Prosecco-like wine, followed by cabernet sauvignon. Then, he gave me some grappa to try! You put it in your coffee in the winter. It’s 40% alcohol!

This really was the ultimate Brazilian wine country experience in Vale dos Vinhedos, Brazil! Huge thanks to Guilherme and Rafa for bringing me out to this gorgeous area of southern Brazil. I also have to give a big shout-out to my friends at the Intercity Cidade Baixa for hosting us during our time in Porto Alegre! 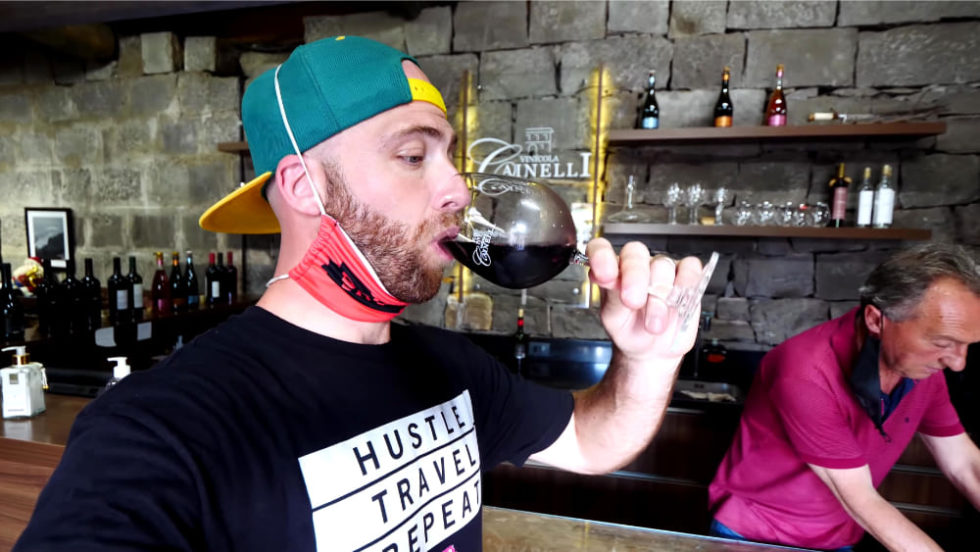 I hope you liked coming with me on my ultimate Brazilian wine country experience in Vale dos Vinhedos, Brazil! If you did, please give this video a thumbs up and leave a comment below. Also, please subscribe to my YouTube channel and click the notification bell so you don’t miss any of my travel/food adventures around the world!