As my adventures in the Republic of Georgia continued, I hit up the town of Telavi to explore its culture and local sites. Come with me as I take you to try Georgian street food at Telavi Bazaar in Telavi, Georgia!

My boy Tim from Friendly GE and I kicked off our morning in Telavi, the capital of the Kakheti Wine Region. We started at Batonis Tsikhe, an 18th-century fortress whose name translates to The Lord’s Fortress. It was the residence of the kings of Kakheti when it was an independent kingdom. 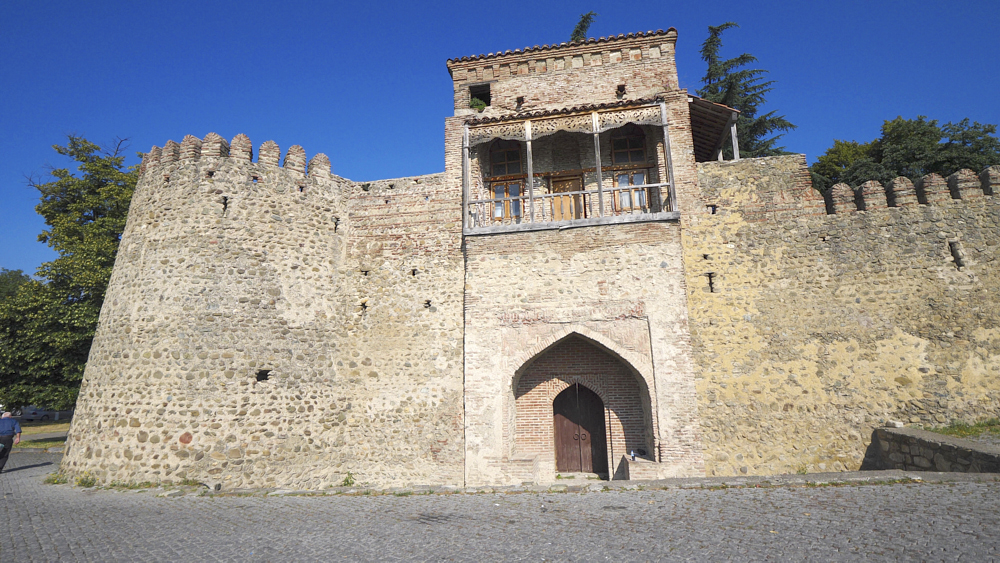 From the top of one of the watchtowers, we had great views of the area. We got to see the southern and west gates, as well as an old, restored palace that now serves as a museum. 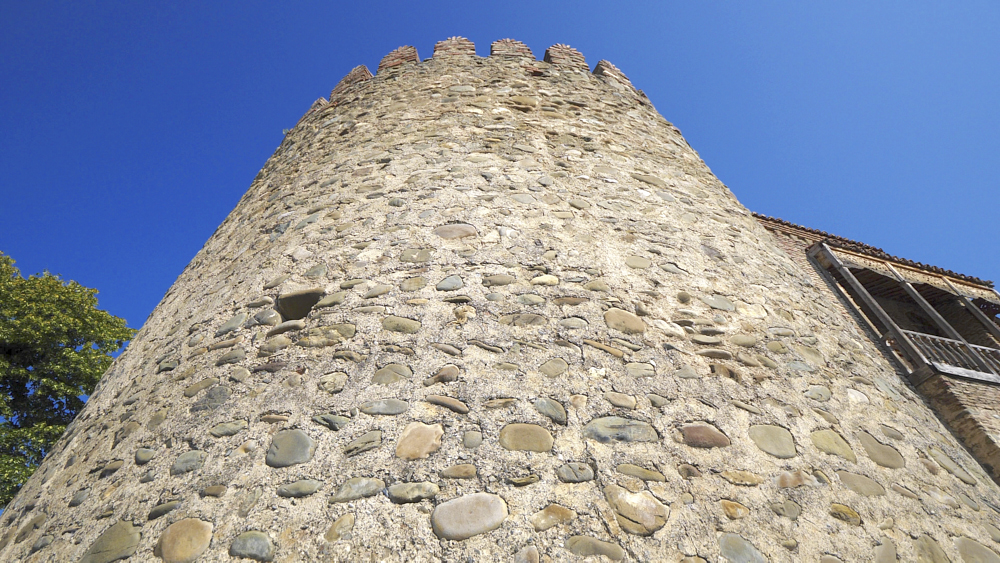 On the grounds is a 900-year-old Giant Plane Tree, which is one of the oldest in the region and stands in front of the statue of the king. There used to be a theater next to it! The tree has a massive hole in the trunk that you can go inside!

From there, we drove through town to the market. I could see colorful buildings and commercial spaces. There was a mix of mid- and low-rises. After we got out, we saw vendors selling clothing, fruit, farming tools, hats, and more. This is the main market in the Kakheti region! 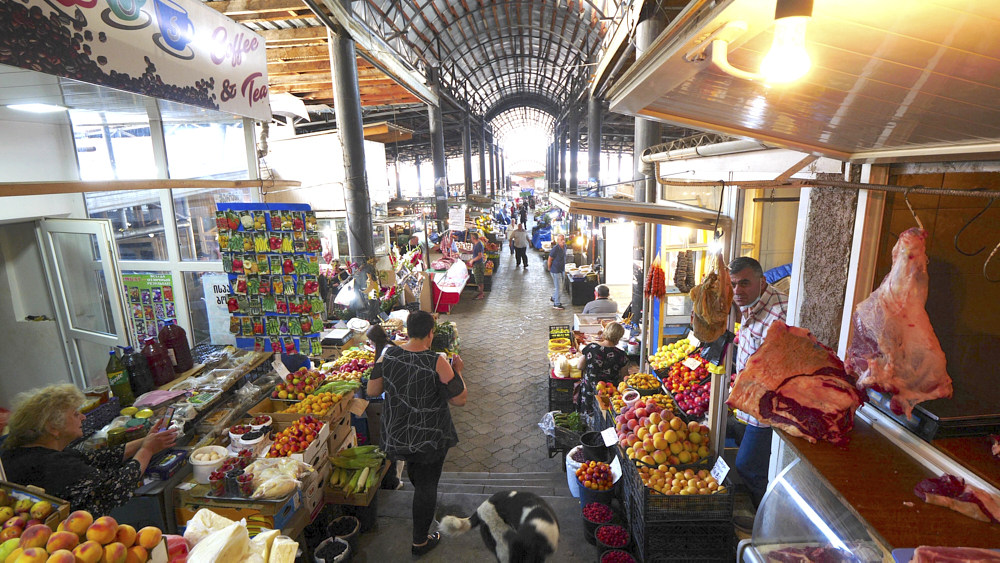 Finally, we arrived at Telavi Bazaar, a huge, covered market where you can try street food in Telavi, Georgia where you can buy fresh vegetables, fruits, meat, and more. I could see apricots, peaches, and nectarines. I tried a juicy apricot, walnuts, and sour plums! 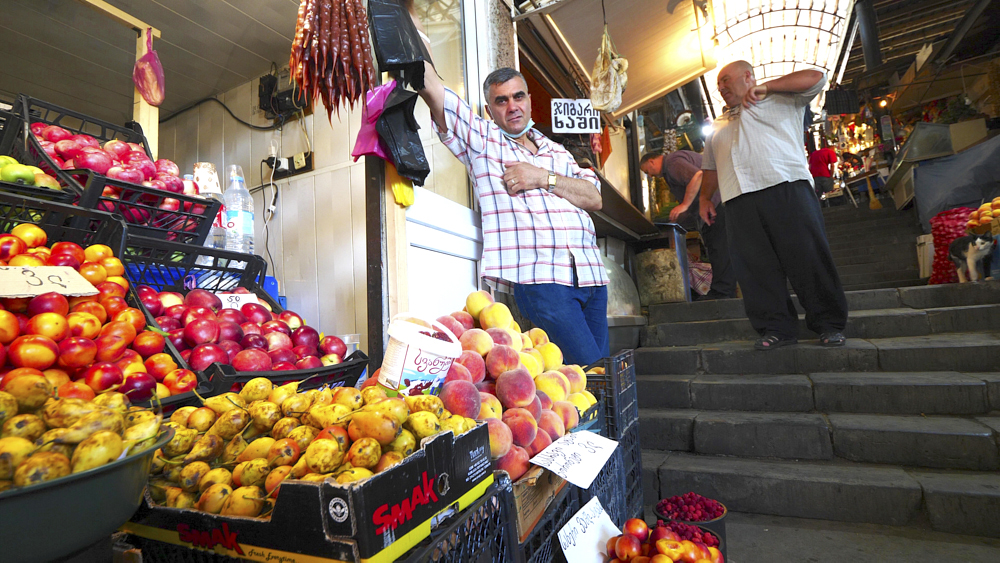 Next, we saw some vats of pickled jonjoli, which were delicious. We also saw some fresh cheeses, including goat cheese and sulgini, as well as vendors selling churchkhela, which is nuts on a string covered in a hardened paste made from fruit syrup. It’s like a Georgian Snickers bar! 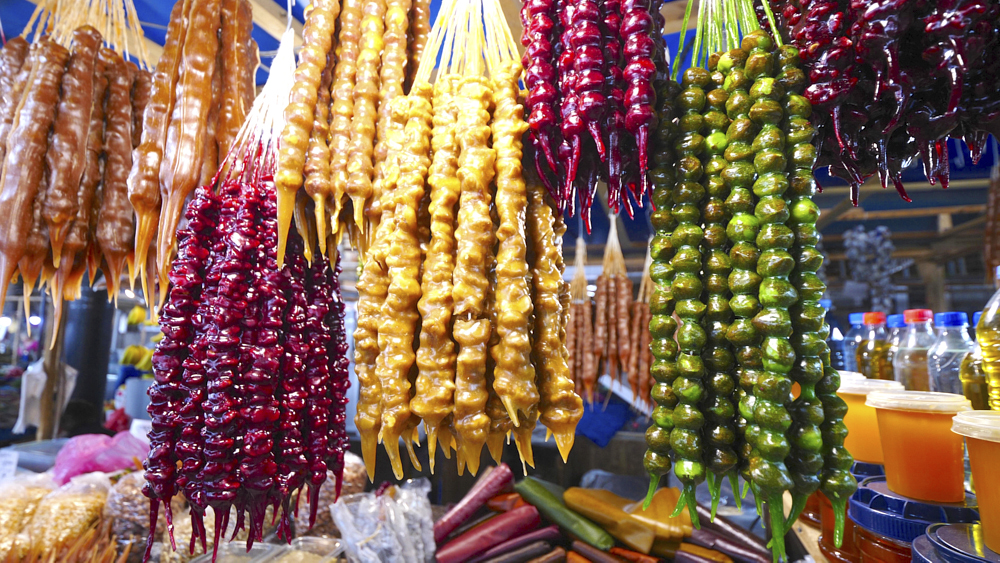 Churchkhela is the perfect snack to take into the mountains. They can be made with walnuts, hazelnuts and pomegranate juice, kiwi juice, and more! Then, we saw some dried persimmons and tried some plum and apple fruit leather. I loved them with the walnut!

Next, I tried honeycomb and walnuts covered in kiwi juice. The vendor was so nice and let me try everything! Further on were vendors selling tomatoes, garlic, cucumbers, peppers, and more. Past them were cheese vendors, including one selling a salty, feta-like sheep cheese. I loved the saltiness! 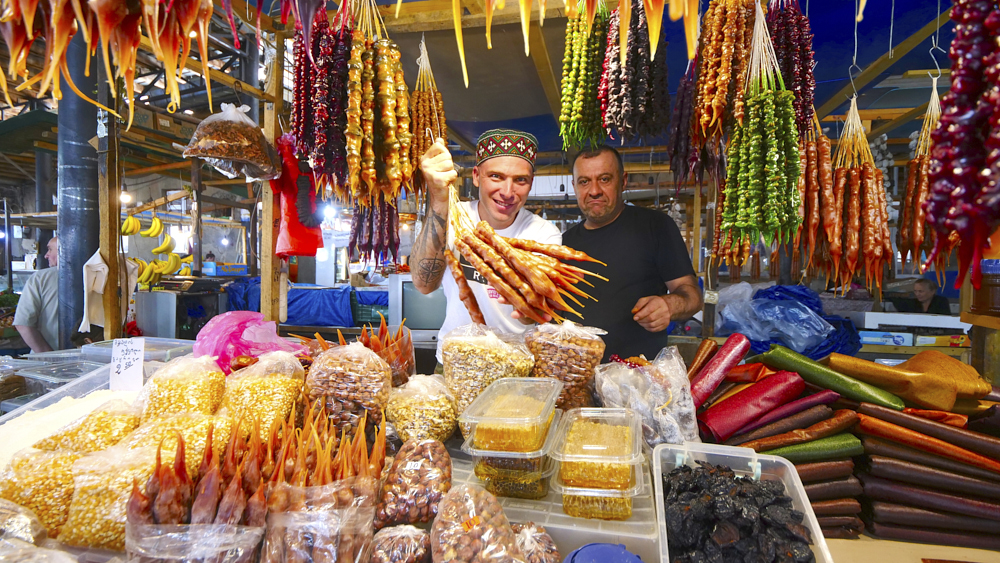 Next was mountain cow cheese. It was less salty and so tasty! Then, I met a butcher who let me try some juicy and oily smoked ham and some cold meat jelly, which was amazing and super flavorful! 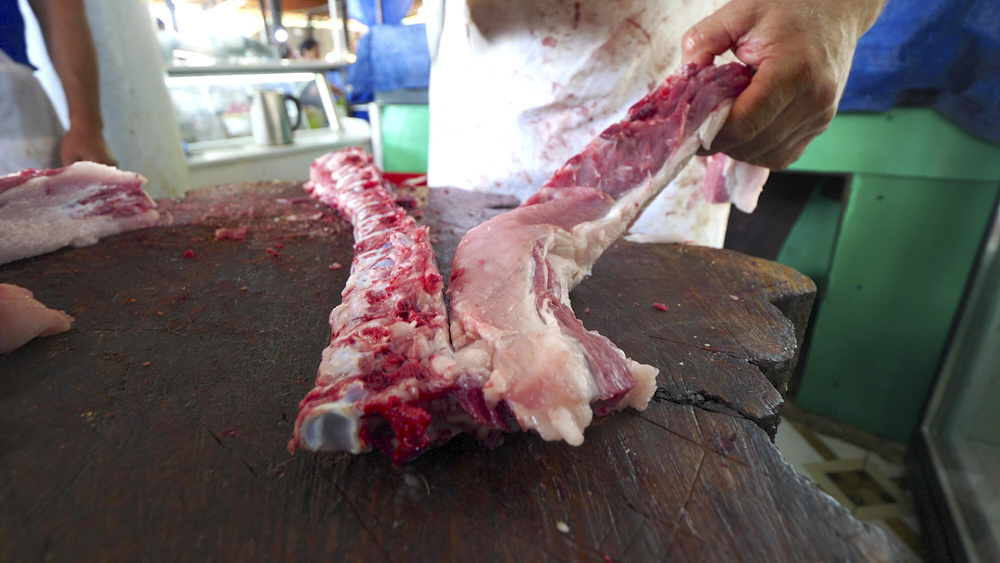 Past the butchers is a pickling area and a vendor selling seven types of chacha. I tried some Rkatsiteli amber wine, the most traditional wine in Georgia. I loved it! The peach chacha paired well with the pork we just had! The honey chacha reminded me of honey raki and was so delicious! 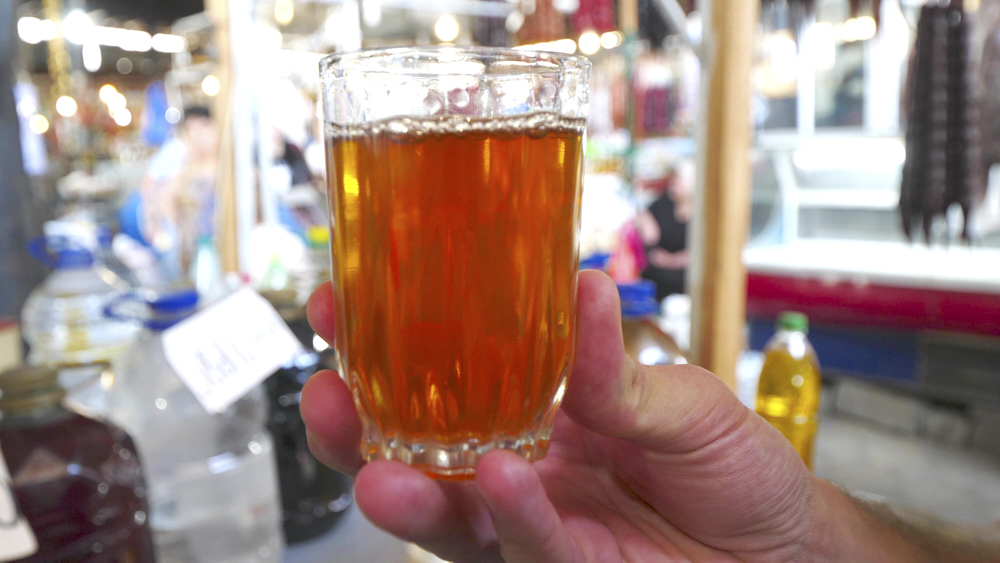 I also saw lots of watermelon, which was in season, as well as fresh pork, chicken, fish, and cheese. The people were so friendly. 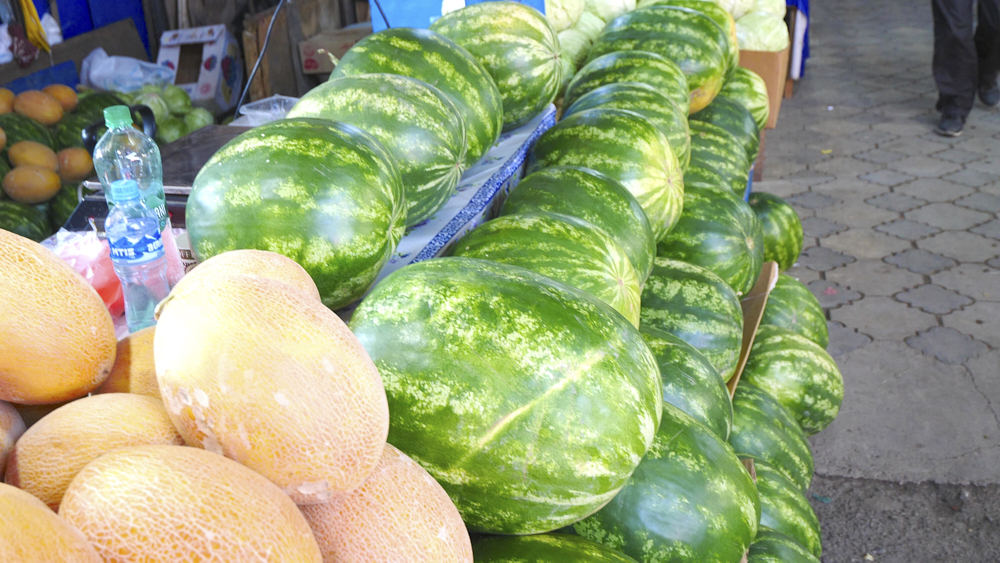 Next, we got some ponchiki, which is a deep-fried donut. On the sidewalk were more fruit, vegetable, cheese, and clothing vendors. Then, we drove 5 minutes to Tsivis Kveli. “Kveli” means “cheese.” This cheese factory makes over 200 varieties! You can buy several, including gift packs!

Inside, I met George and Nick. We had to put on gowns and hairnets and go through a sanitation station to go through to the facility. They have vats of milk that are cultured and become cheese! 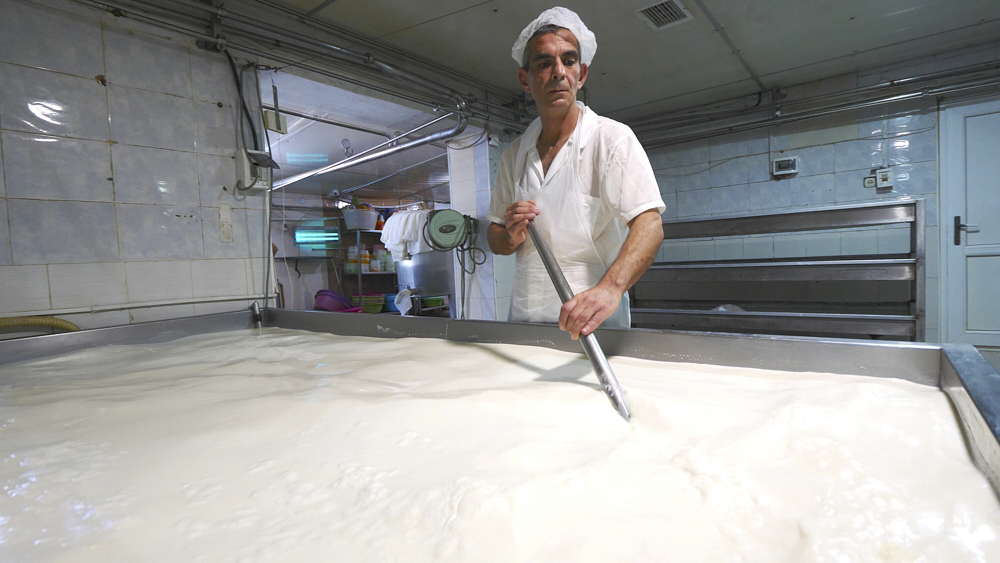 In the cellar, we saw where the cheese is aged on shelves. They have cheese aged in white and black wines, cheese with spices and herbs, and more! They have some with pepper, basil, mint, and many others! 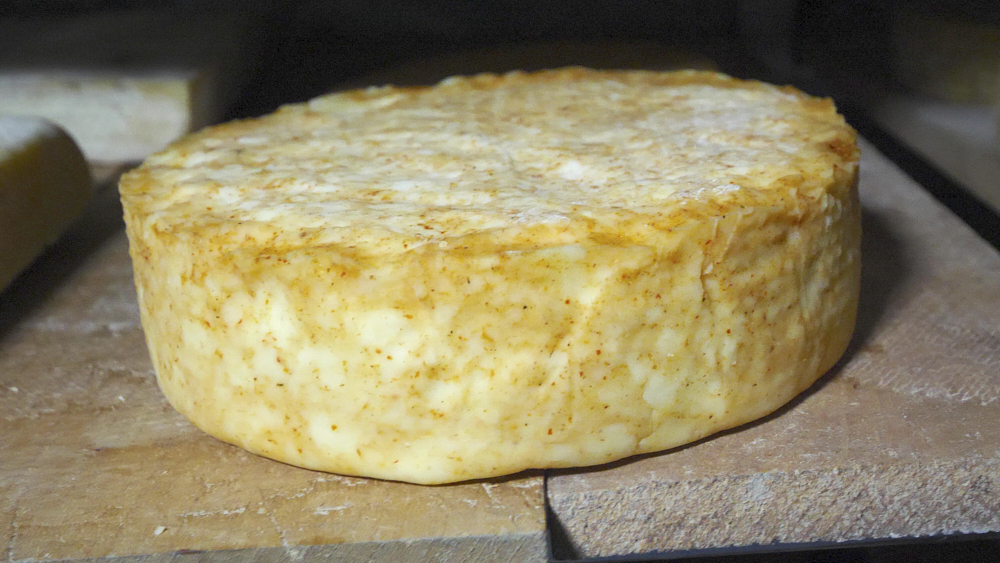 I loved the smell in the cellar. They experiment with flavors and ingredients down there! Next, we saw how they check the acidity of the milk to make sure it’s good. Next, we saw the packaging center, where there was lots of string cheese and others waiting to be packaged. 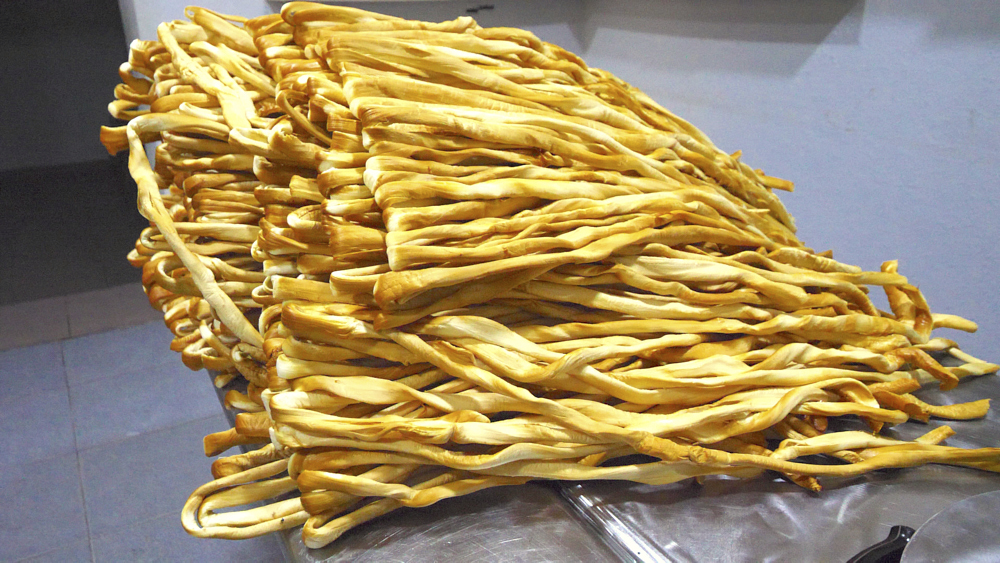 They vacuum-seal the cheeses and then it was time to try some cheese! They gave me a cheese hat, and then we headed out into their beautiful garden. Scattered around it are clay pots and cannons.

Our cheese tasting menu included seven cheeses, bread, cucumbers, and wine. The black wine aged cheese was dense and was infused with the flavor of the wine. I loved the tarragon cheese and saffron cheese as well. The barberry was dense, and the white wine was so good! They were all low in salt and dense. 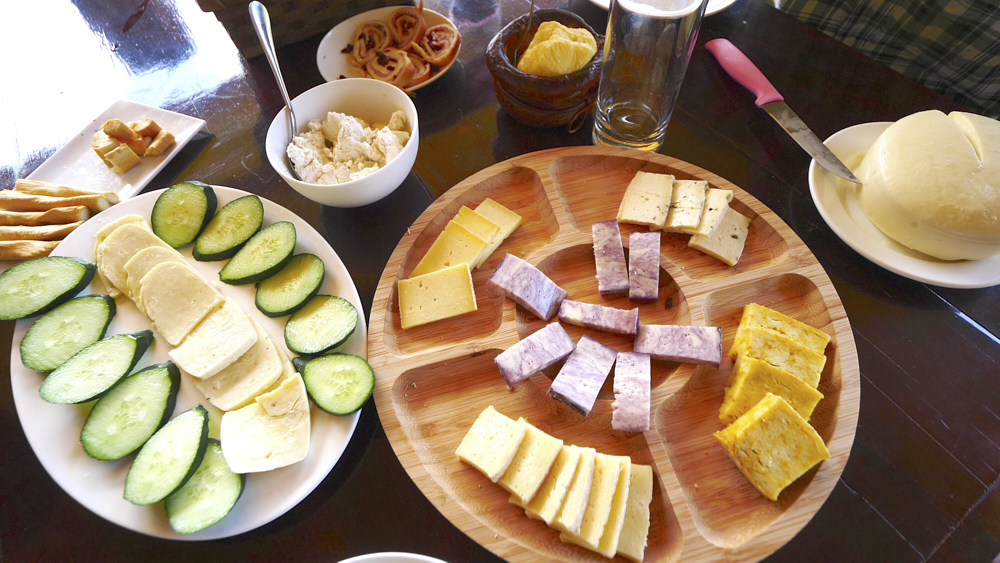 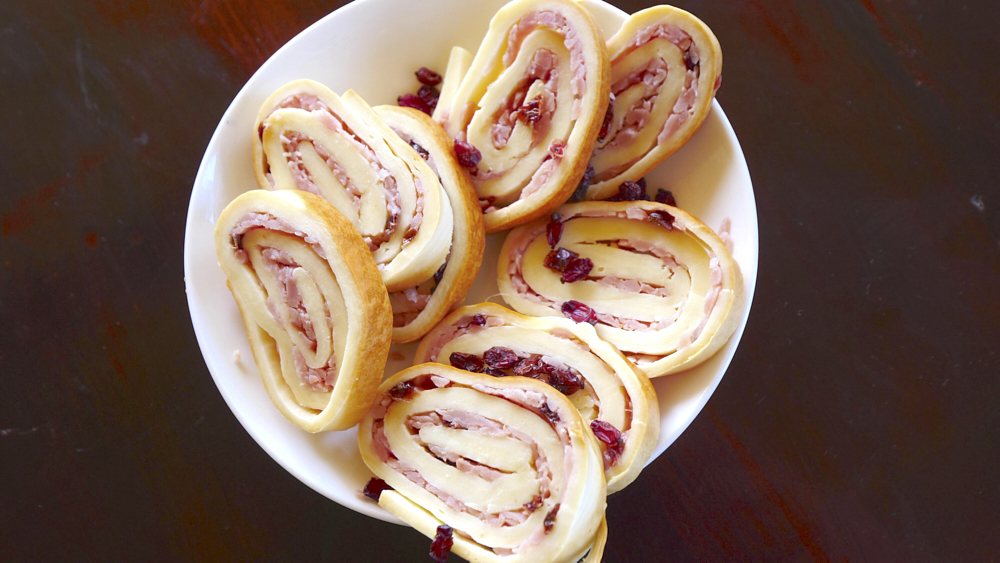 Next, I tried a young black wine and the smoked string cheese, which I really liked. I loved the juiciness and smoky flavor! The sulguni head was denser than I thought it would be and super fresh. The tone bread with ricotta was tasty and crumbly. 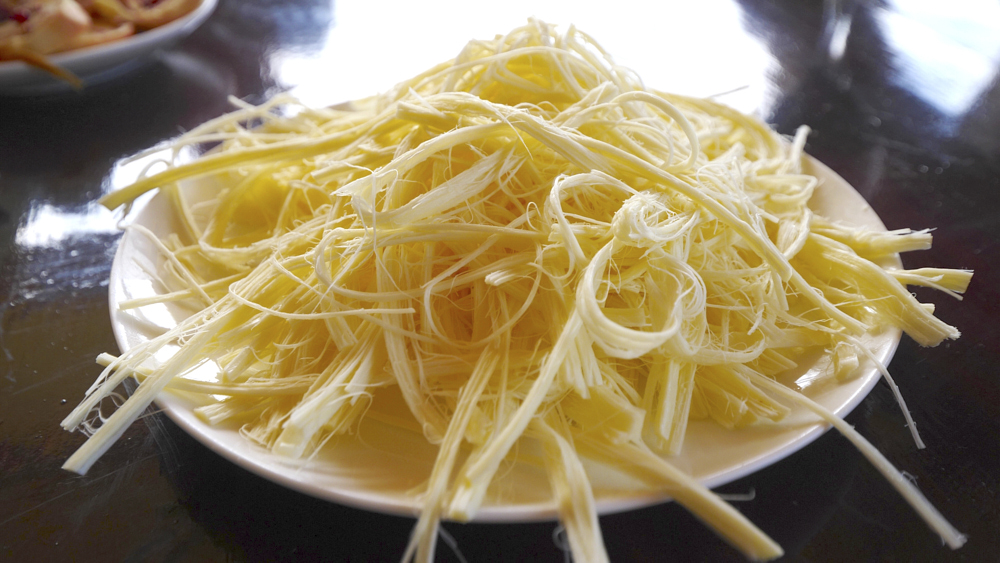 Next were cheesecake balls, which was flaky on the outside and creamy on the inside. It contained some jellies on the inside! What a decadent dessert and an amazing lunch!

I hope you liked coming with me to try Georgian street food at Telavi Bazaar in Telavi, Georgia! If you did, please give this video a thumbs up and leave me a comment below. Also, please subscribe to my YouTube channel and click the notification bell so you don’t miss any of my upcoming travel/food adventures!