I’ve been traveling the world and visiting UNESCO World Heritage Sites since I was a teenager. By the time I graduated from college, I had made it my full-time career. One of my favorite things about traveling is exploring the history of the world. I believe you can’t truly understand a destination and its people until you know its history. Because of that, some of the best places in the world to dive into those stories are the UNESCO World Heritage Sites you can visit around the world. 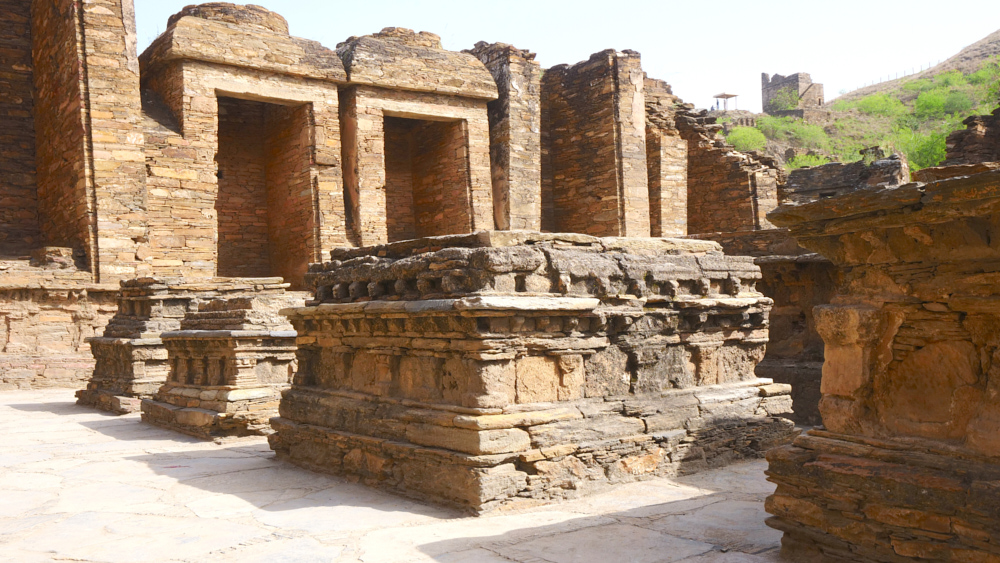 With over 1,100 World Heritage Sites scattered across 167 countries around the globe, there are plenty of opportunities to visit one. I’ve had the pleasure of exploring dozens of these incredible sites in my 14+ years as a professional world traveler, and each one is unique in its own way. But they all share something in common. 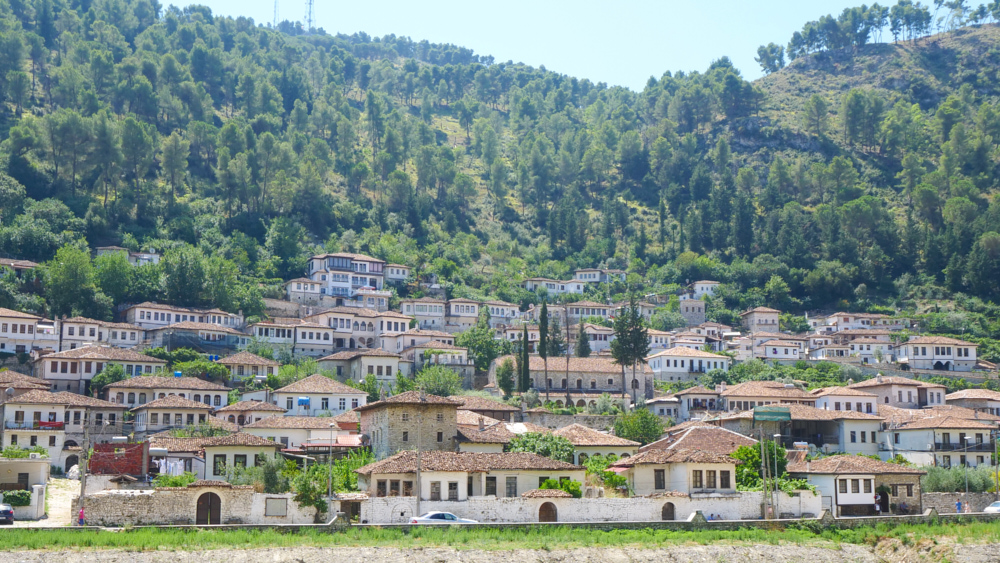 They all have the ability to transport you to another time and share tales that ordinarily would have been long forgotten. They’re bearers of information about culture and beauty and highlight significant locations that are under protection. It’s a privilege to visit them, and I hope this article inspires you to check more of them out. These are just 5 UNESCO World Heritage Sites you must visit around the world. 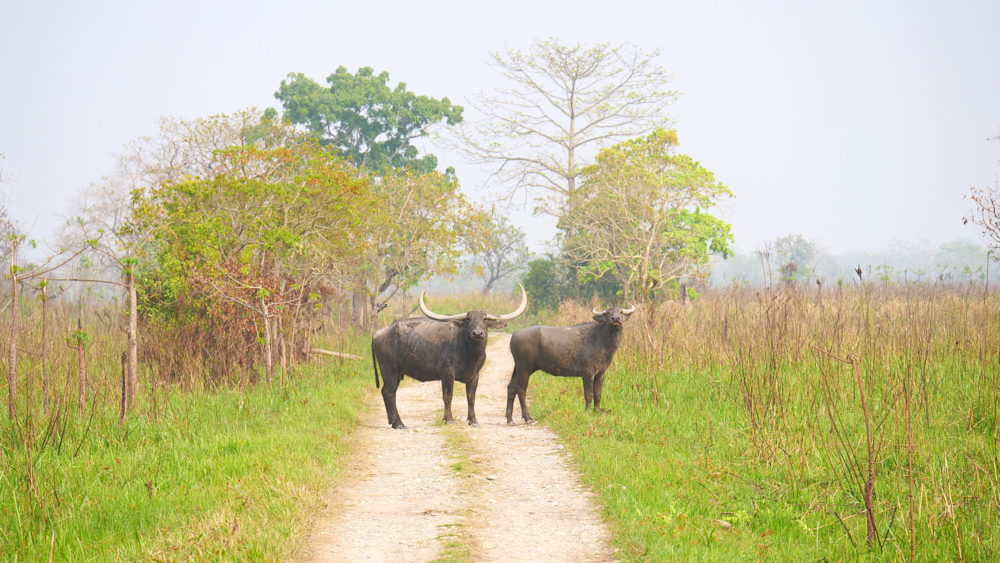 In the state of Assam in northeastern India, tucked along the national border with Bhutan, is Manas National Park. This park in the Himalayan foothills, about three hours north of Guwahati, is a prime viewing location for Asian elephants, buffalo, rhinos, and more. It’s also a tiger reserve, but tiger sightings within the park are quite rare. The park gets its name from the Manas River, which runs through it. Manas National Park first became a sanctuary in 1928. After that, the Raja of Gauripur and the Cooch Behar royal family used it as a hunting reserve. Then, the park became a World Heritage Site in 1985. 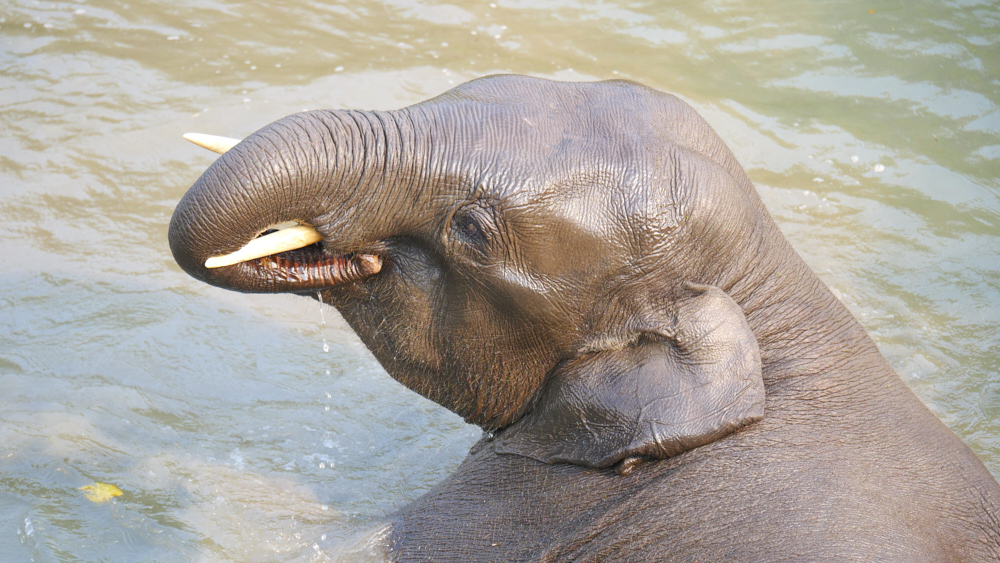 My time in Manas National Park was something I will never forget. I spent nearly an entire day exploring its ranges with a few friends. Exploring the wilds of northeast India blew me away. Keep in mind that wildlife sightings can be hit-or-miss, so don’t get discouraged if you don’t see anything. I didn’t see much on my morning game drive, but in the afternoon, I got to witness a bunch of elephants bathing! 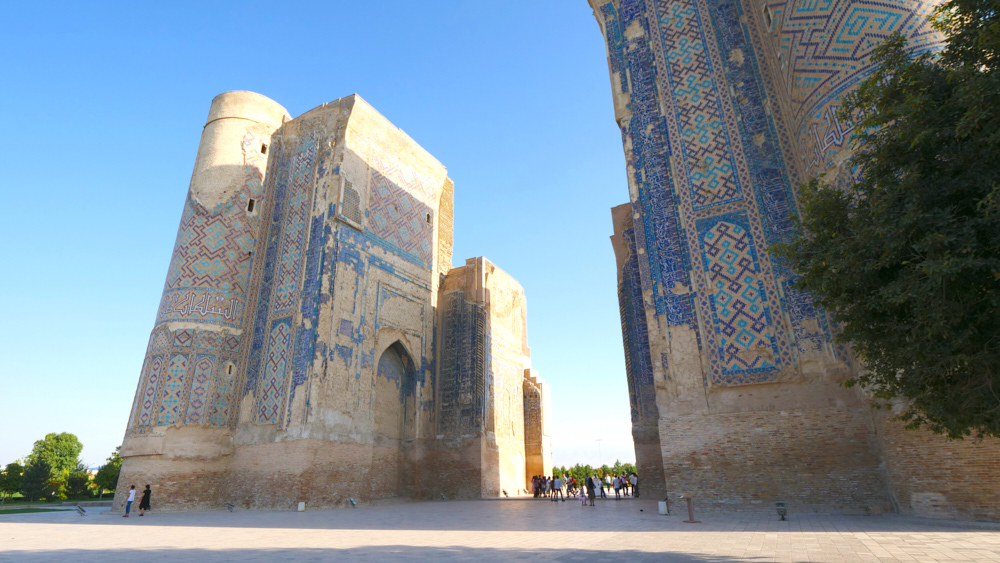 In a country that’s already well off the beaten path for most travelers, prepare to go further off the well-trodden route with a visit to Shahrisabz, Uzbekistan. This underrated city in southwestern Uzbekistan is located along the route between Samarkand and Termez. Shahrisabz is the birthplace of Amir Timur, the founder of the Timurid Dynasty. It’s also home to so many significant historical sites that the entire city became a UNESCO World Heritage Site in 2000. 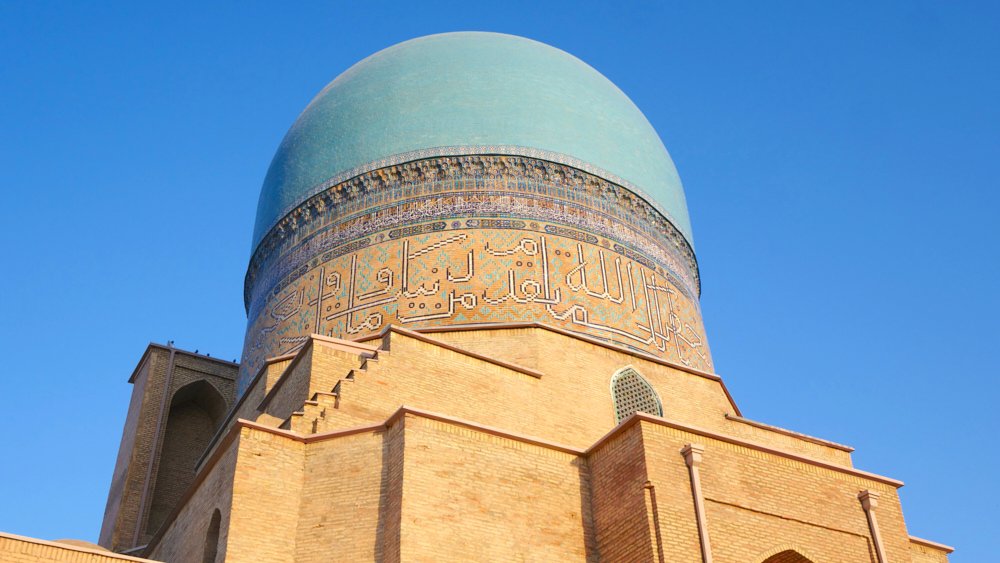 The city is home to several impressive structures built during the Timurid Dynasty between the 14th and 16th centuries. One such site is the OQ Saroy Majmuasi Complex. It contains several massive ruins, including the towering gates of Ak-Saray Palace, for instance. Also, don’t miss the local crafts bazaar in the historical Chorsu Complex. Lastly, the beautiful Kok Gumbaz Mosque is another highlight. It dates back to 1437 and boasts the largest dome in Uzbekistan! 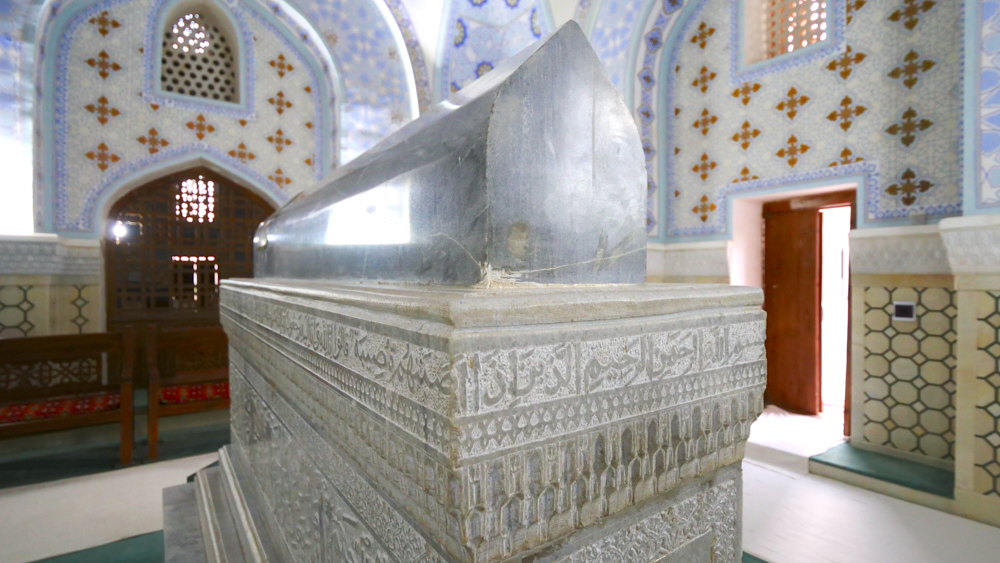 The marble tomb of Shayx Shamsiddin Kulol (the mentor of Amir Timur) inside the mosque is absolutely stunning. Also, the necropolis known as the Dorus Saodat Mausoleum Complex is unique because it was initially meant to be Timur’s burial site. It instead became the resting place of his grandson after his sudden passing. With so many significant sites within the city’s walls, Shahrisabz easily finds itself among the top UNESCO World Heritage Sites you must visit around the world. 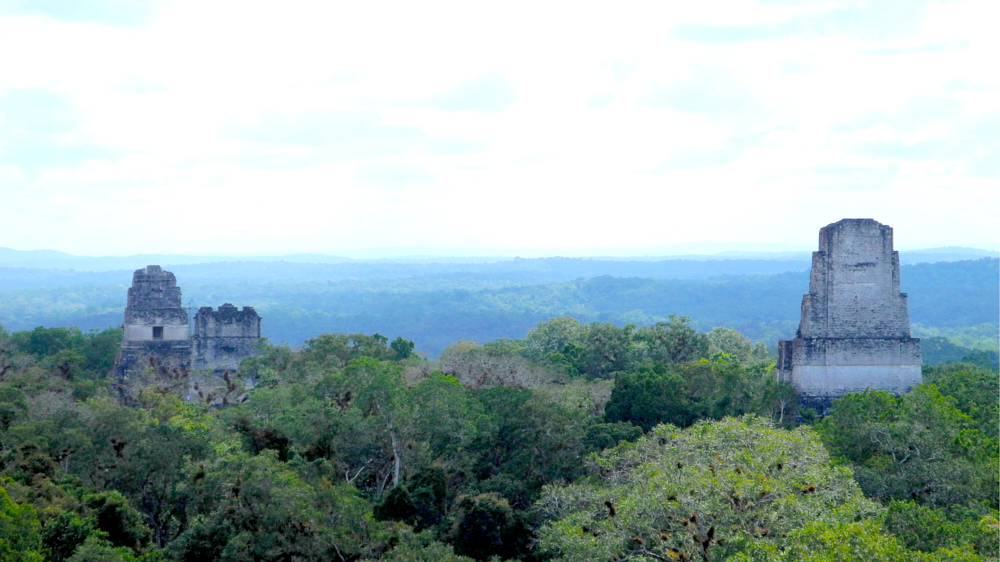 Amid the dense, humid jungles of Guatemala is an enormous city once was considered the heart and soul of the Mayan world. This site, Tikal, is located in the Peten Basin and dates back to 200 AD. It contains thousands of structures, including a number of gorgeous temples and pyramids. The tops of some of them are just barely visible through the dense jungle canopy, signifying how the rainforest has begun reclaiming this beautiful site. 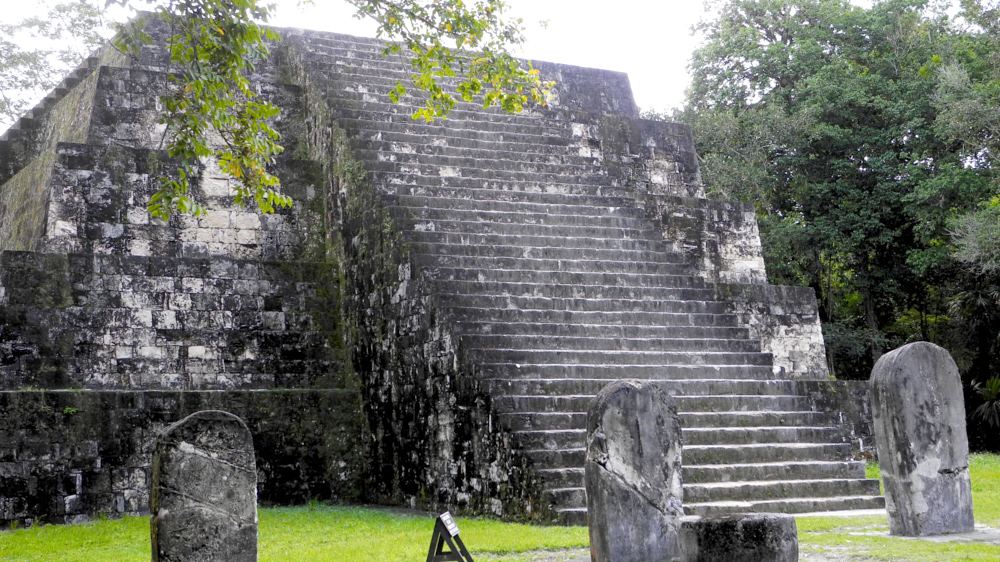 One of the biggest mysteries surrounding Tikal is why the Mayans abandoned such a massive and prosperous city around the year 900 AD. One theory is that a decades-long drought forced Tikal’s residents to flee the city to seek resources. They left behind a monumental, complex city that blew my mind. I recommend visiting Temples 1-5, though there are also several other notable sites in the area. The site also includes earthen mounds, which are actually unearthed pyramids! It makes Tikal one of the most enigmatic UNESCO World Heritage Sites you must visit around the world! 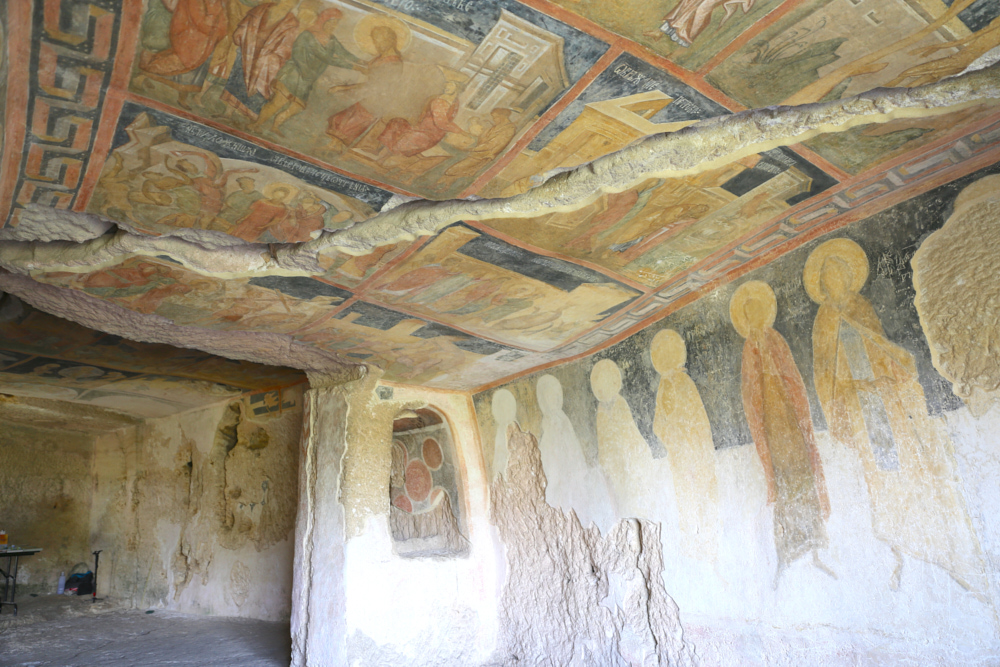 One of my favorite regions of the world to explore is the Balkans, the countries that make up southeastern Europe. During my time in Bulgaria, I visited the rock-hewn Churches of Ivanovo. You can find them roughly 22 kilometers south of Ruse in the tiny town of Ivanovo. These incredibly beautiful churches were carved out of caves in the surrounding rocky cliffs and hills. They were used as spiritual centers between the 10th and 14th centuries. 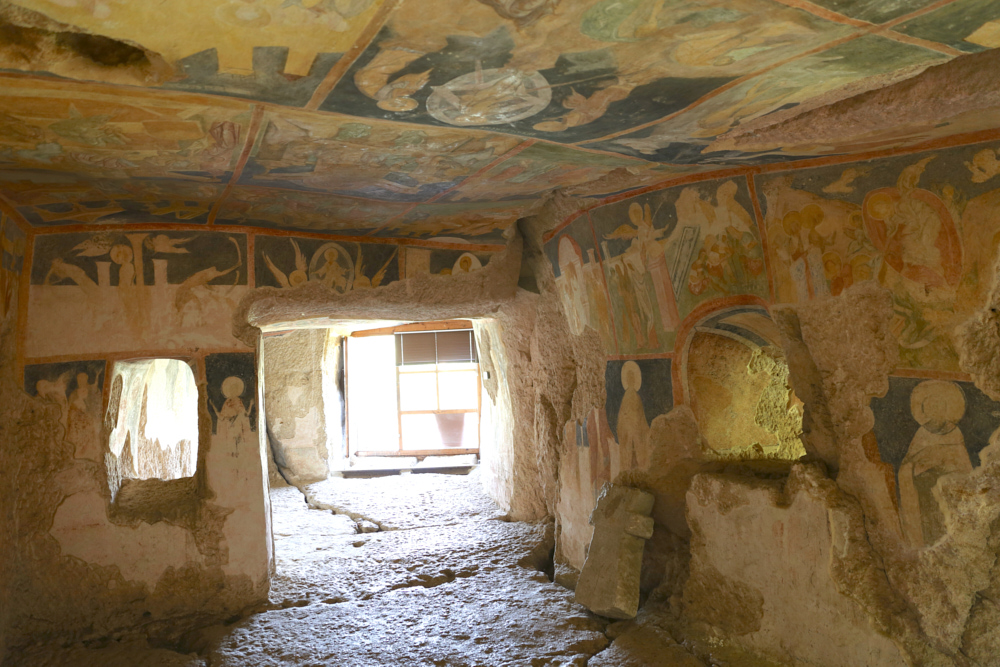 These unconventional, medieval houses of worship are part of a complex that once belonged to the Monastery of St. Michael. They’re decorated in vibrant murals depicting scenes of religious significance. They include paintings from the life of Jesus Christ and scenes from the Bible. The churches became a UNESCO World Heritage Site in 1979. After just one look at the murals, it’s easy to see why it’s a celebrated cultural landmark!

Check out my article, What to See and Do in Xi’an, China 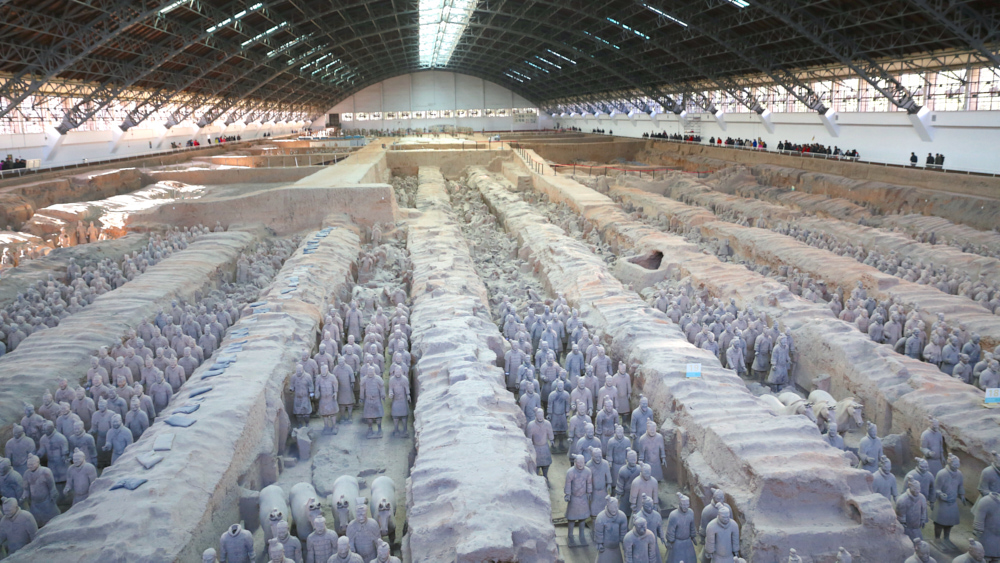 One of the most remarkable ancient sites in the world is arguably the Tomb of Qin Shi Huang, China’s first emperor. While his actual tomb has never been opened, the caverns adjacent to the tomb are the main draw. There, visitors will find a massive collection of intricate terra cotta statues that depict Qin Shi Huang’s army. Farmers discovered them by accident in 1974. Archaeologists then expanded on the well that the farmers had dug and discovered the army. They learned that the army’s purpose was to protect the emperor in the afterlife. As a result, the site became a UNESCO World Heritage Site in 1987. 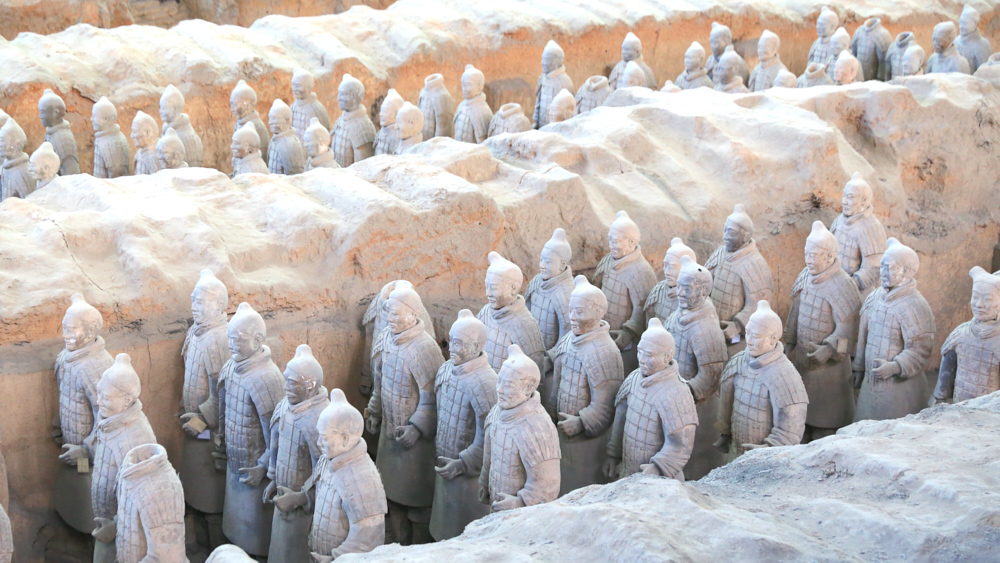 I visited the site, which is now located in the Terracotta Warriors Museum, in 2015. The museum, located about 30 kilometers from the city of Xi’an, is the main tourist attraction in the area. When visiting the site, it’s important to remember that, as it’s almost always crowded. To beat the crowds, I recommend visiting each of the site’s three pits in reverse order. Do Pit 3 first, then Pit 2, and finish up with Pit 1. Also, don’t miss the displays of chariots and horses in the exhibition hall! 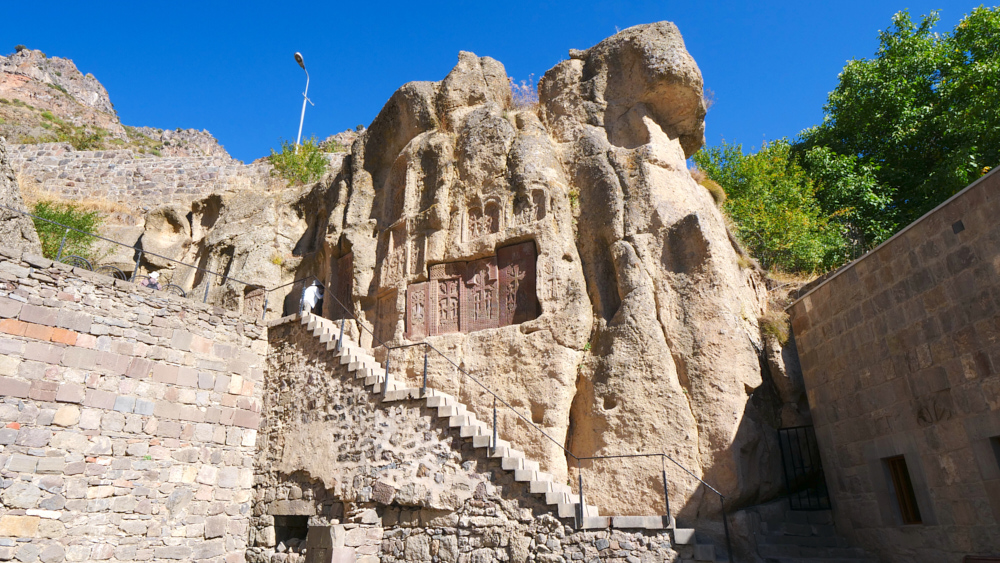 Even if you’re not a massive history fanatic like me, I urge you to go out of your way to visit UNESCO World Heritage Sites when you travel. There’s no better way to connect you with the history of the country you’re exploring and touring them gives you new insight into how the country and its people came to be the way they are today. That’s an irreplaceable, and often overlooked, element of travel and something I personally can’t get enough of. Book a trip to any of the locations mentioned above to explore these incredible UNESCO World Heritage Sites or pick one of your own to explore!