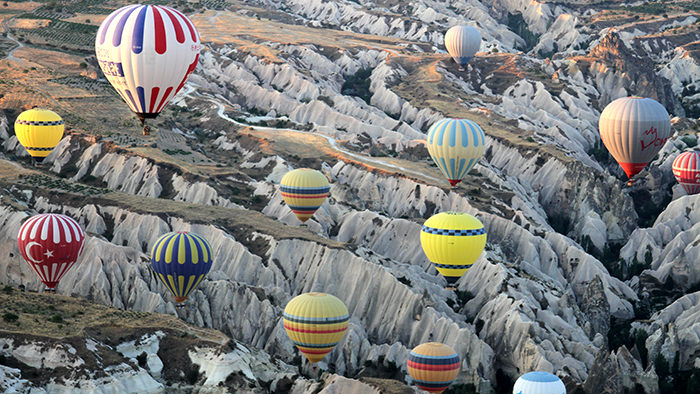 Cappadocia is stuff of legend. It’s a wonderland of nature, history, and culture. It has a completely weird and marvelous landscape unlike any other on the planet – a feast for the eyes and the imagination. If it’s not on your bucket list by now, it should be. Here are some frequently asked questions about one of Turkey’s most unique places.

Check out our article: Top Ten Things to Do in Cappadocia, Turkey

Where is Cappadocia in Turkey? 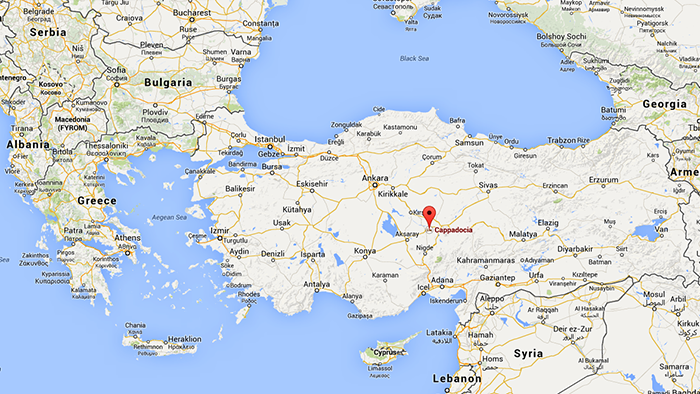 How did the landscape form? 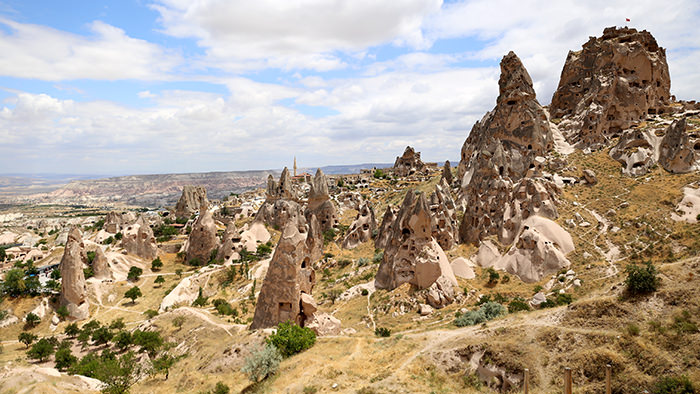 Over ten million years ago, a series of volcanic eruptions filled the region with several layers of thick ash, which eventually solidified into soft rock. Steady erosion of these layers formed unique rifts and gorges. The “fairy chimney” rock formations that Cappadocia is known for were created by gradual wind and floodwater erosion. The softer materials were swept away, leaving conical-shaped rocks with mushroom shaped caps, or “hats”. The mineral deposits in the volcanic ash account for Cappadocia’s beautiful spectrum of hues.

How do I get there? 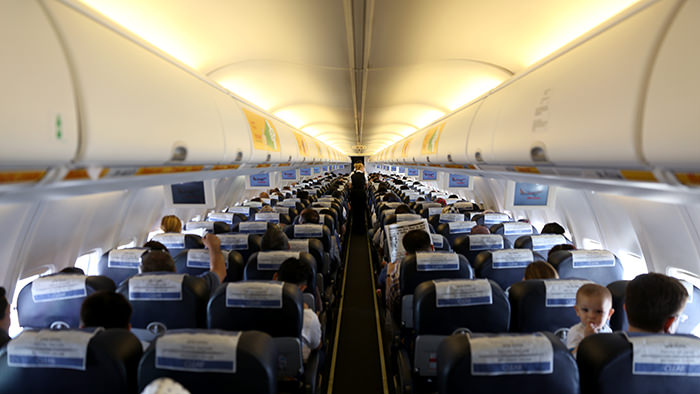 Fly: A quick 1 hour and 15 minute flight from Istanbul Sabiha Gökçen International Airport (SAW) to Kayseri Cappadocia Airport (ASR) is the fastest way to get to Cappadocia by plane. On average, there are three nonstop flights to Cappadocia each day with Pegasus Airlines. Baggage allowance for Pegasus Airlines is decent at 15 KG per person plus a carry-on. For 20 TL per person, an airport shuttle will pick you up at Kayseri Airport and drop you off at your hotel. Be sure to reserve the shuttle both ways through your hotel prior to traveling.

Bus: You could also take an overnight bus (10-12 hours) from Istanbul to Nevşehir. Turkish buses are a clean, safe and reliable form of transportation. Prices range from 60 to 65 TL per person, one way. Nevşehir Seyahat is a great company that lets you book online or call to reserve. Non-Turkish speakers should ask the hotel to assist them in booking tickets

Drive: More adventurous travelers choose to make the intense 456-mile, 12-hour road trip from Istanbul to Cappadocia themselves. Highways in Turkey are well maintained and up to European standards. Be aware that on otoyols, or expressways, you cannot pay the tolls in cash so your vehicle must be equipped with an OGS or HGS transponder. Also remember that compared to other European countries, fuel is slightly more expensive in Turkey.

How long should I stay? 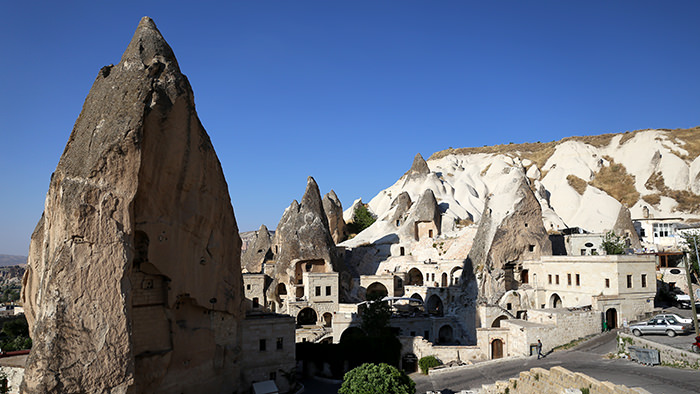 This really depends on you. The average stay is four days, but I would recommend dedicating one full week if you want to explore several underground cities or do some hiking. For our hotel recommendation please see Aydinli Cave House Hotel.

When is the best time to visit? 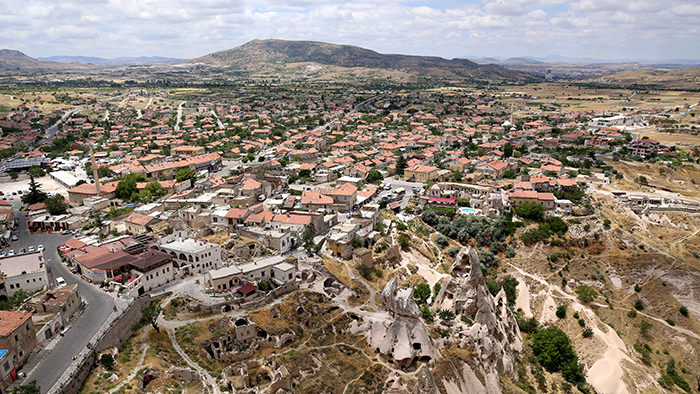 Cappadocia has a continental climate, which means the summers are hot and the winters are freezing, so plan your trip accordingly. We recommend visiting in April, May, September, and October to avoid extreme weather, but the reality is that Cappadocia is a year-round destination. Even in winter, the snow capped fairy chimneys provide a breathtaking backdrop.

What is the best way to explore Cappadocia? 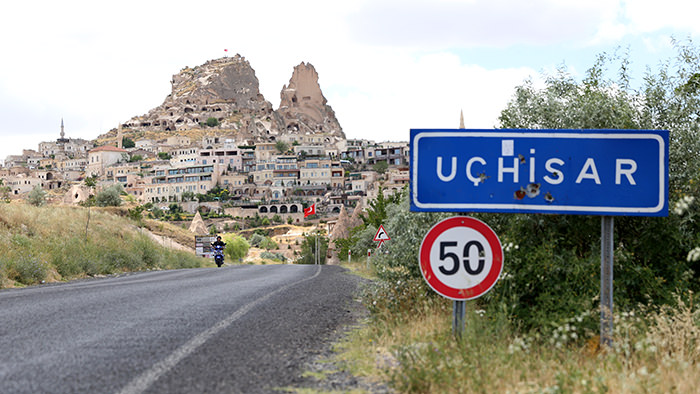 The most comfortable way to tour the area is to hire a private guide and driver through a reputable tour company. We recommend Euphrates Tours because they use professional licensed tour guides and can customize any program to your needs. Our experience with Euphrates was excellent, but there are several companies operating in Cappadocia conducting Green, Blue and Red day tours. The cost for one of these tour circuits is generally 120 TL per person, and includes transportation, a tour guide, entry fees and lunch. As with all group tours, there are pros and cons. If you do end up renting your own car, the roads are clearly marked and have good signage. Plus, all the major attractions have car parks. I would not suggest sightseeing by taxi.

What are some of the things I can do there? 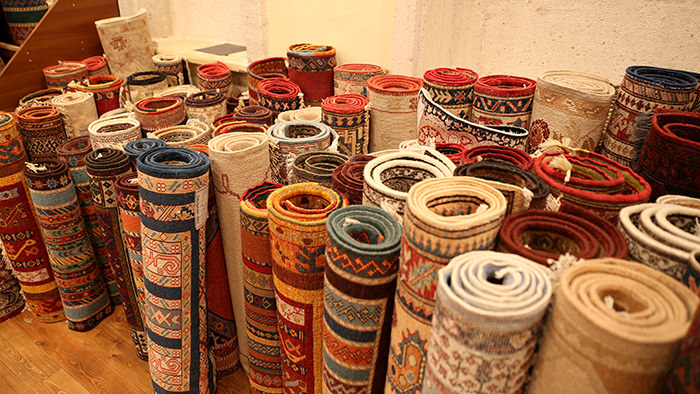 Cappadocia has history, nature, adventure and culture. For centuries, people have lived, worked, and worshipped amongst its rocky landscapes. There are underground cities, rock churches, cave villages, and sprawling valleys. Tourists oftentimes prefer the calmer shops in Cappadocia to the hectic stores of Istanbul. Turkish carpets, pottery, local wine, and hand made dolls are all popular items to buy.

What are the top ten things to do in Cappadocia? 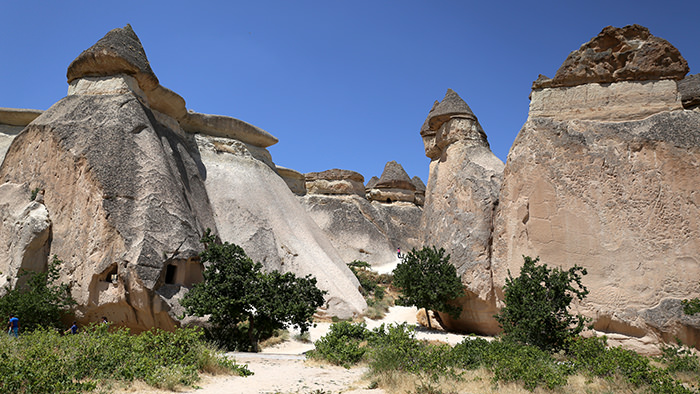 During my visit to Turkey in June 2013, I had the opportunity to experience Cappadocia to the fullest. Between all the history and unrivaled scenery, it’s difficult not to fall in love with it. Cappadocia is strange, exotic, and enchanting, which is why I have begun arranging tours to Cappadocia and other areas of Turkey so that other travelers can experience it the way I did.

Check out our episode of the Top Things to See and Do in Cappadocia, Turkey