David scratches another one off of his bucket list with this epic trip through the region of Cappadocia. Watch as we show you the top things to see and do in Cappadocia. 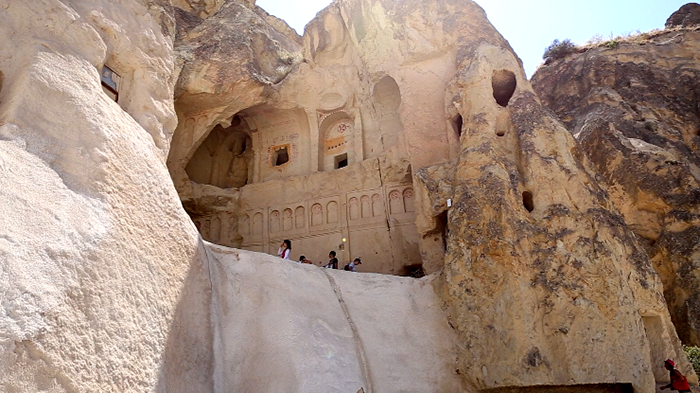 First stop is the UNESCO World Heritage Site, the Goreme Open Air Museum. This area supported a large Christian community for several centuries. By the 4th century, Saint Basel had founded various religious settlements in the area. The Göreme Open Air Museum is a testament to St. Basil’s influence – it is a place where daily worship was carried out in seclusion. 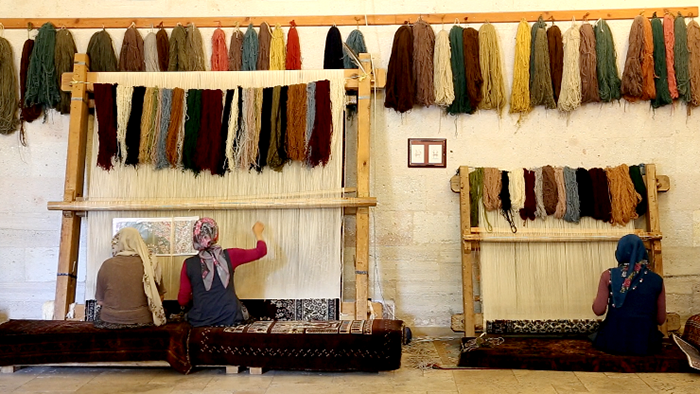 Then onto some arts and crafts. Turkey is known for its intricate hand woven rugs (Kilim), and Cappadocia is a great place to see them being made and also to purchase them if you are interested. David toured Gallery Cappadocia and spoke with the manager about why people should come see the rugs being made.

Also, the selection here is amazing! Shopping for rugs in Istanbul can be a headache if you don’t speak the language, which is why many tourists instead prefer to shop for them in Cappadocia where there are less crowds. 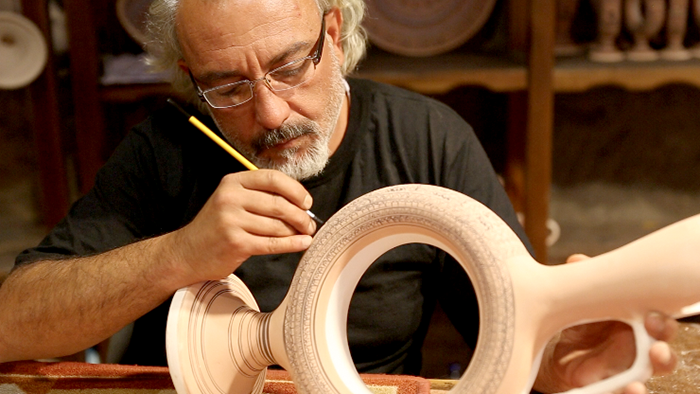 David then heads to the town of Avanos to visit the Firca pottery workshop. There, the artists are working meticulously to freehand patterns and calligraphy. Visitors will get a demonstration on how the pottery is formed and will get the chance to browse an extensive inventory of remarkable quality. 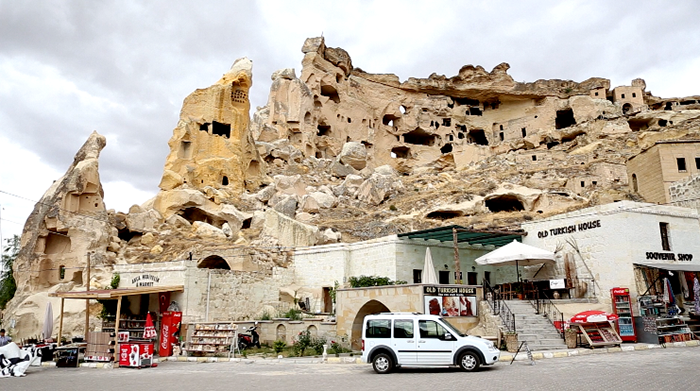 We can then see the cluster of fairy chimneys in Cavusin Village, during which David gives us an explanation of how these unusual rock formations are formed. Basically, wind erosion leave each rocky mound with a “hat.” 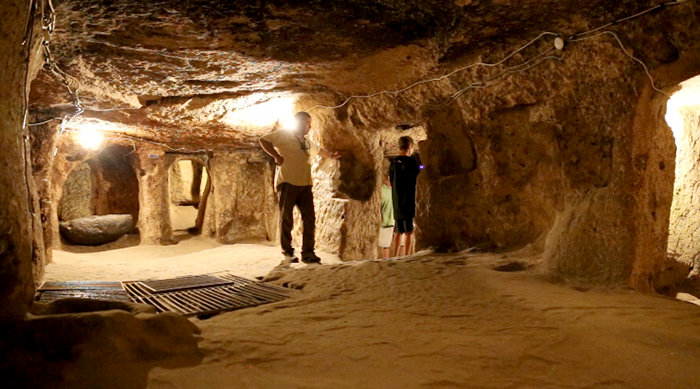 The Kaymakli Underground City (UNESCO) is another great example of the wonder Cappadocia holds. During the Roman Era, Christian communities used them to hide from religious persecution. There are several underground cities in Cappadocia, many of which are interconnected with tunnels. Kaymakli is several layers deep, with long passages, narrow steps, and a complex tunnel system connecting the rooms. Definitely one of the top things to see and do in Cappadocia! 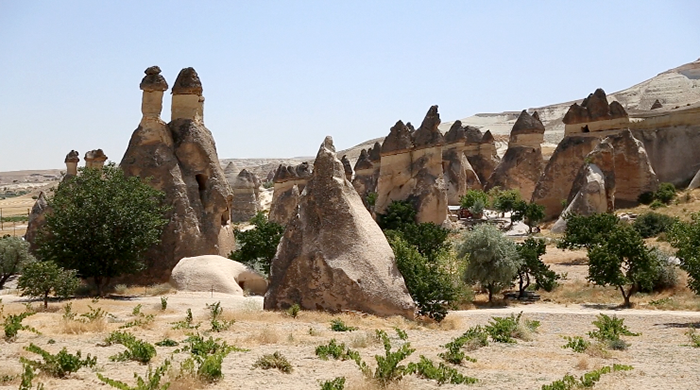 Back outside David tours the Valley of the Monks in the village of Pasabag. Pasabag valley contains some of the most striking fairy chimneys in Cappadocia. After the hike, David strolls the town of Mustafapasa. 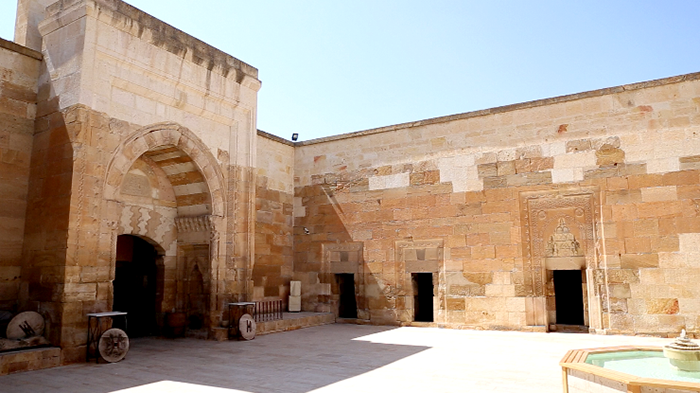 A tour of the Saruhan was an interesting experience, especially since the building was used as an inn for traders traveling along the Silk Road. David continues his journey into the Zelve Valley, the village of Urgup to see some of Cappadocia’s most famous fairy chimneys, and up to the top of the castle of Uchisar to get fantastic panoramic views. 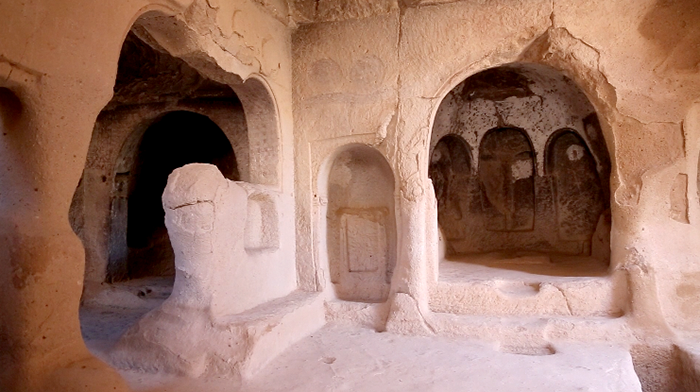 Finally, David shows us the number 1 thing to do in Cappadocia… take a hot air balloon ride! This is the best way to experience Cappadocia from above and appreciate the distinct rock formations unlike anywhere else on earth!

Check out our article: Frequently Asked Questions about Cappadocia, Turkey 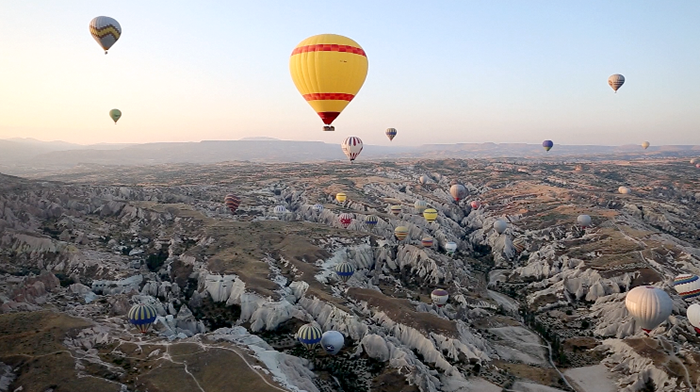 If you’re planning on heading to Cappadocia, we highly recommend Euphrates Tours. They helped us explore this fascinating region and do everything you watched in this video. 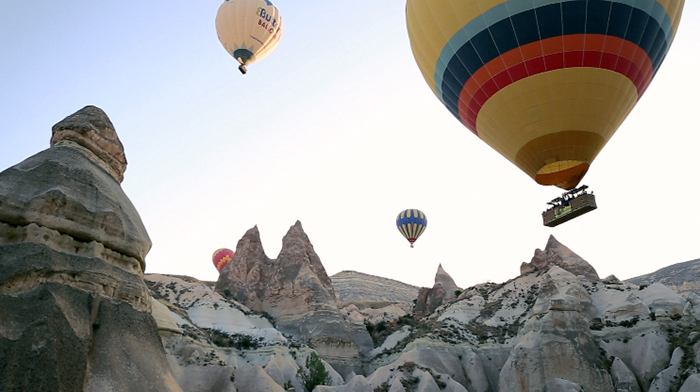 Have you been to Turkey? Tell up about your top things to see and do in Cappadocia? Leave us a comment below!

2 thoughts on “VIDEO: Top Things To See and Do in Cappadocia, Turkey”