David’s Been Here takes you to Turkey to explore the best places to eat in Cappadocia. The region is known for its unusual rock formations and traditional handicrafts, as well as for its supreme hot air ballooning, but there are also several local foods to try.
Also check out our Top 10 Things to Do in Cappadocia, Turkey
In this video David showcases his favorite restaurants in the towns of Goreme, Avanos, Mustafapasha, and Urgup. The first restaurant David visits is around the corner from his hotel in Goreme. Restaurant Dibek is a family-owned enterprise in a rustic setting. Here David shows us what a traditional clay pot meal is like. Basically, the kebab (meat) is placed inside a clay pot, sealed, and baked in a wood burning oven. The kebab is allowed to simmer in its own juices, making it super flavorful. Dibek serves its clay pot kebabs with rice, salad, bread, and hummus. 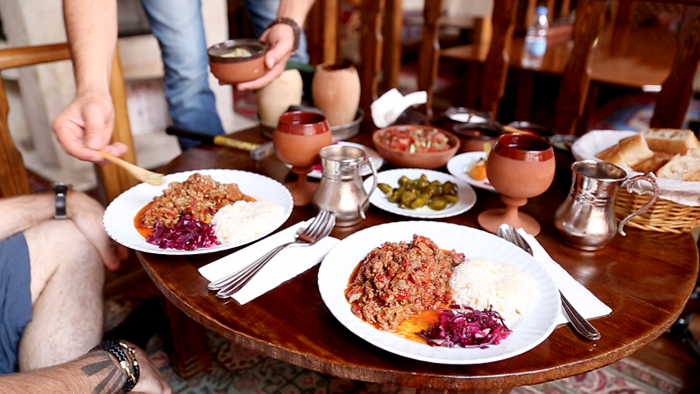 Next up in Goreme is Sedef Restaurant. You can’t miss this place – it’s situated right in the town center along the main street. Sedef serves up breakfast, lunch, and dinner and the best part is it won’t break the bank. Sedef also serves clay pot meals with delicious sides. David tries some local wine from the Cappadocia region. 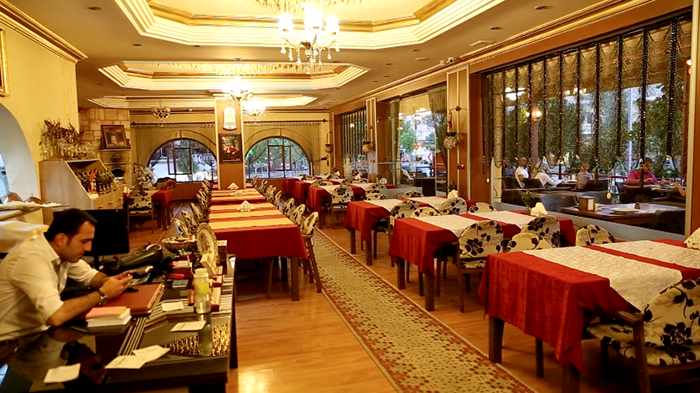 Now onto the third restaurant in Goreme, A La Turca. This one has more of a fine dining atmosphere. As you can see, this restaurant has beautiful views of the town. Although the menu features international food, the kebabs are a must-try! Remember to make a reservation in advance if you would like to sit on the terrace. The restaurant is quite large, but still manages to feel cozy and intimate. If you’re not in the mood for another clay pot meal, they serve international food as well. 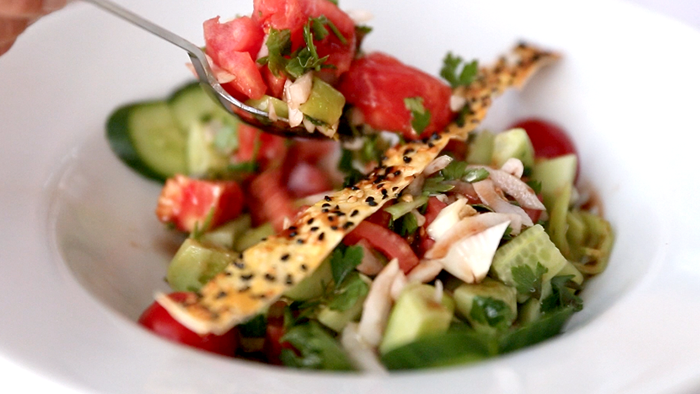 The next place that David visits is Avanos, a town known for its pottery. Actually, all the clay used to make the clay pot kebabs comes from the riverbanks in Avanos. Here David has lunch with his guide at Bizim Ev Restaurant. In Turkish, Bizim Ev means ‘our house’. The restaurant is situated in the owner’s family home, which is a beautiful stone house in the center of town. They have a wine cellar and space to accommodate large groups. You can see family photos and memorabilia on the walls. The baked mushrooms with cheese and homemade baklava were amazing! 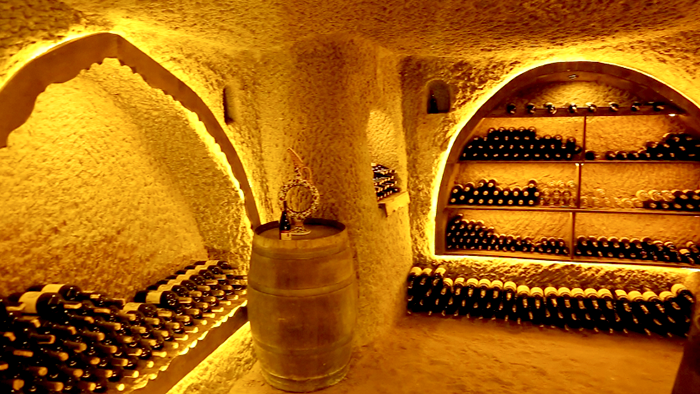 Urfa Sofrasi is another one of David’s favorite restaurants in Avanos, especially because it is budget-friendly and in the center of town. The lunch specials are generous and served with freshly baked bread. David enjoyed a filling meal here with his guide. 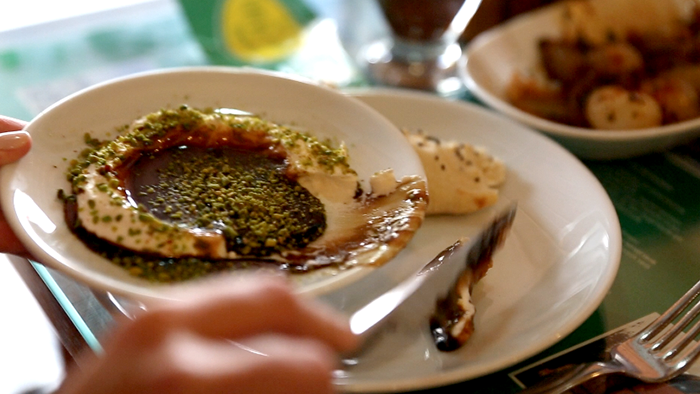 Next stop on David’s gastronomic tour is Mustafapasha, a town that used to be an old Greek village. David dines at Old Greek House restaurant, which is named for being just that. This is a beautiful Greek home that is now a hotel and restaurant run by Suleyman and his family. His wife cooks int he kitchen and they serve up traditional Turkish dishes. 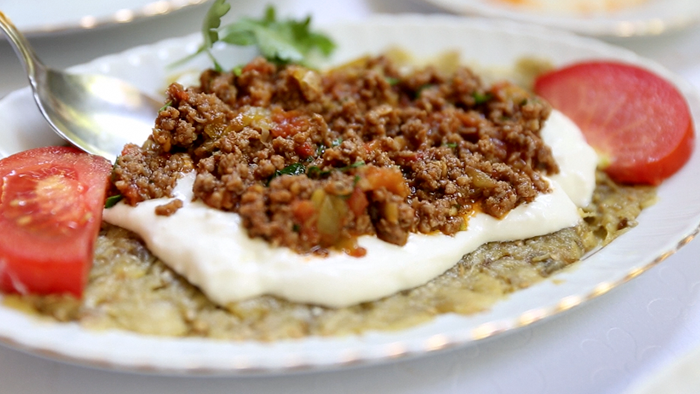 David couldn’t resist dining at a fancy restaurant while in Cappadocia, and so he went to Dimrit in Urgup after several people recommended it to him. Dimrit even let David crack open his own clay pot meal. Dimrit offers the perfect setting for a romantic night out after a busy day of sightseeing. 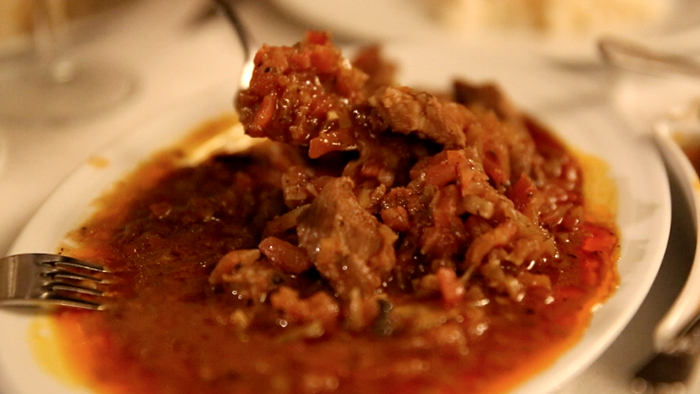 And there you have David’s favorite best places to eat in Cappadocia. It is his hope you will try this mouth-watering cuisine for yourself during your visit.

2 thoughts on “VIDEO: Best Places to Eat in Cappadocia, Turkey”