In this episode of the David’s Been Here webshow, David Hoffmann takes us around to discover what to do in Iznik, Turkey. The city is home to the ancient city of Nicea, which was founded in the 4th century by the Macedonian King Antigonus I Monophthalmus. You’ve probably heard about it before in history class – this is where Emperor Constantine called the Great Council of Nicea in 325 A.D. It was a monumental meeting with over 300 bishops from across the ancient Christian world.

Nowadays, Iznik is a quaint town situated in northwestern Turkey along the shore of Lake Iznik. The ruins of Nicea are open to the public and easily accessible. Cars are even able to drive through the ancient gates. 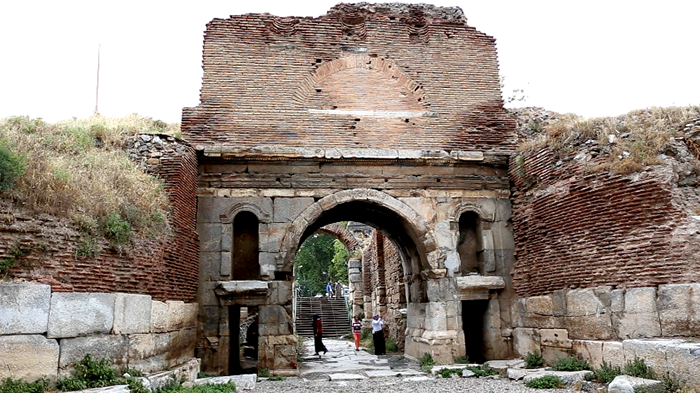 Iznik is also known for its unique ceramics, specifically, its blue tiles. They are the reason why Istanbul’s Blue Mosque (Sultanahmet Camii) got its name. The interior is decorated with over 20,000 handmade blue tiles made from the mud harvested from Iznik Lake. If you come to Iznik, you can purchase blue tiles at different art galleries or souvenir shops throughout town.

Also see our episode: Top 15 Places to See in Istanbul 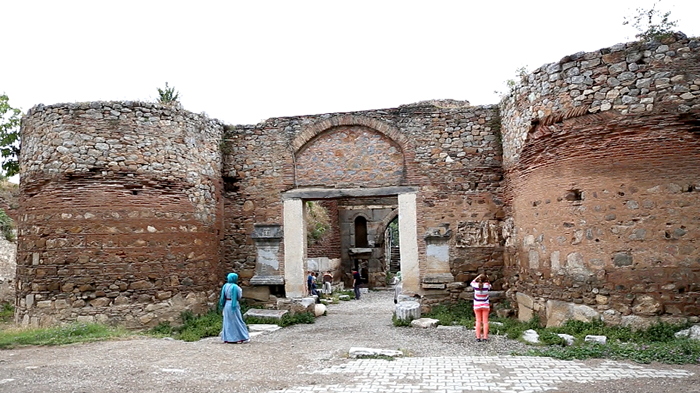 One of the things that David was told he had to do was dine at one of the restaurants along the lakeshore to sample some of the local fish and meze plates. Camlik Restaurant had a beautiful shaded terrace overlooking the lake and offered a wide range of specialties to try. 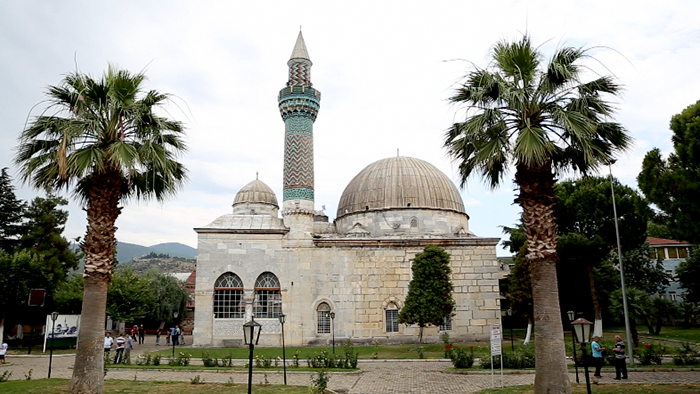 David ordered up some delicious meze plates and Camlik’s famous fish kebabs, which were battered, fried, and served with fresh grilled veggies. Price per plate is about $9, which is pretty cheap considering the beautiful setting! 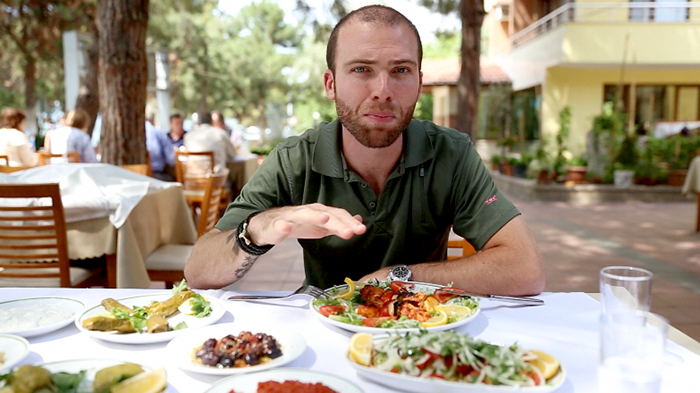 Another highlight of Iznik is the Ayasofya Musezi (Hagia Sofia Museum). It was an ancient Byzantine Church in ancient Nicea built sometime in the 6th century under the orders of Byzantine Emperor Justinian I. It was modeled after the impressive Hagia Sofia in Constantinople (Istanbul). It was converted into a mosque after the invasion of the Ottoman Turks in 1337. It currently still functions as a mosque but several of the old Christian paintings and mosaics have been uncovered and are on display. 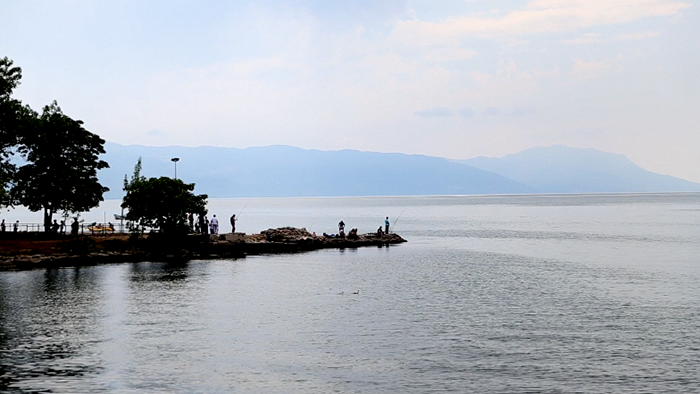 Do you have suggestions about what to do in Iznik, Turkey? Leave us a comment below!