Join David as he shows you around the top 15 places to see in Istanbul! Istanbul is one of the only transcontinental cities on the planet, spreading across Europe and Asia Minor. As Turkey’s largest city, Istanbul is a bustling hub of culture, history and gastronomy – a cosmopolitan capital in every sense.

Check out our article on Istanbul’s Historic Center: The Best of Sultanahmet, Galata and Beyoğlu Districts 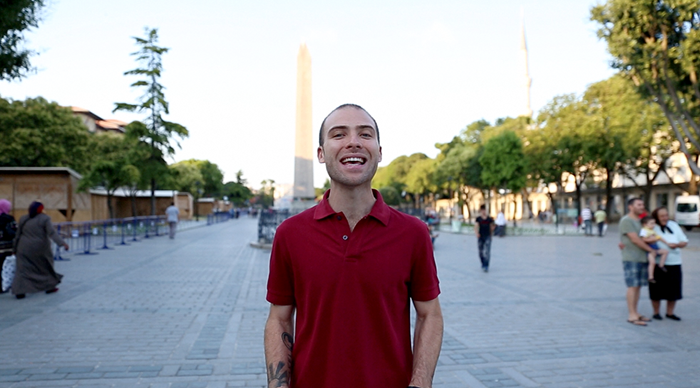 David begins in the oldest part of the city, the Sultanahmet District. He begins in the Hippodrome (circus), which served as the center of public life for the Greek, Roman, and Byzantine citizens. Present-day Sultan Ahmed Square has a handful of surviving remnants from ancient times. 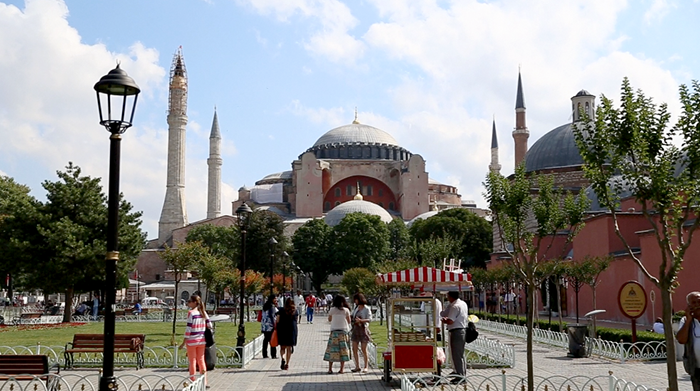 Near Sultan Ahmed Square are two of Turkey’s most visited attractions, steps from one another – the Ayia Sofia (Hagia Sophia) and Blue Mosque. The Ayia Sofia is now a museum, but was built as an Eastern Orthodox Basilica in 535 A.D. It was a Christian church for over 900 years before the Ottomans used it as a Mosque for another 481 years. It was the largest house of worship in the world for over 1,000 years! 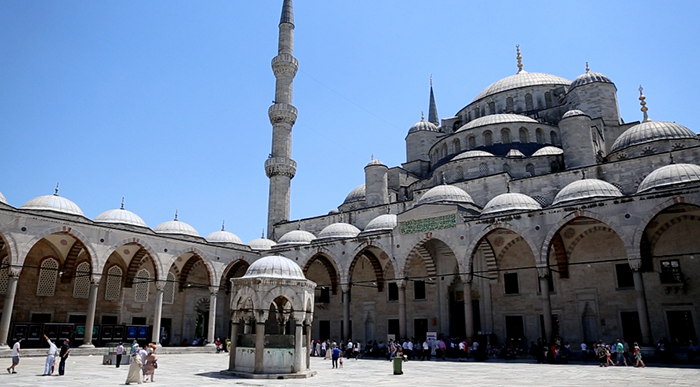 Across the square is the Blue Mosque. Its name comes from the blue tiles used to decorate the interior. Nearby sits the stunning 15th century Topkapi Palace that served as the home and governmental seat for the Ottoman sultans until the 1850s. A tour will reveal beautiful stonework and intricately decorated staterooms, as well as a crown jewel and Imperial treasury exhibition. 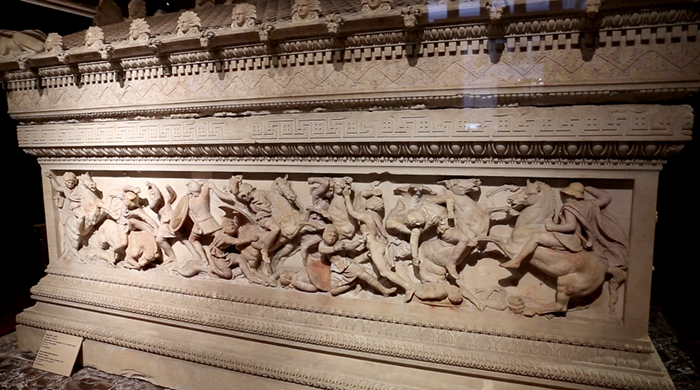 After the palace, David takes us to the Archaeology Museum to show us some of what was uncovered in Istanbul. Perhaps the most impressive thing on display is the Sarcophagus of Alexander the Great with its detailed reliefs depicting Alexander’s life of successful conquering. 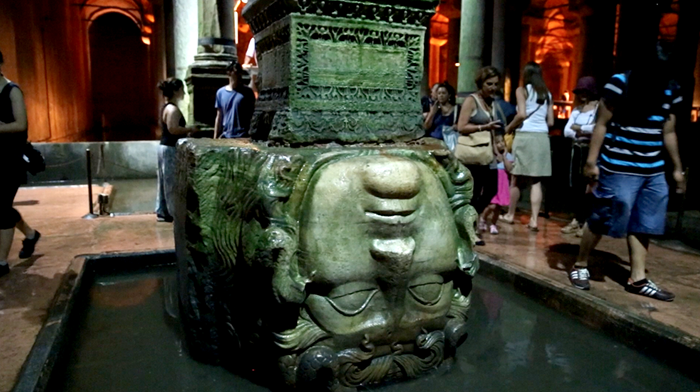 Not too far from the museum is the Basilica Cistern – a damp and dark subterranean cavern used to collect water for the city. The Medusa heads were likely stolen from a nearby Greco-Roman city to support the columns. Medusa’s face provided a warning against anyone who dared to tamper with the water supply. 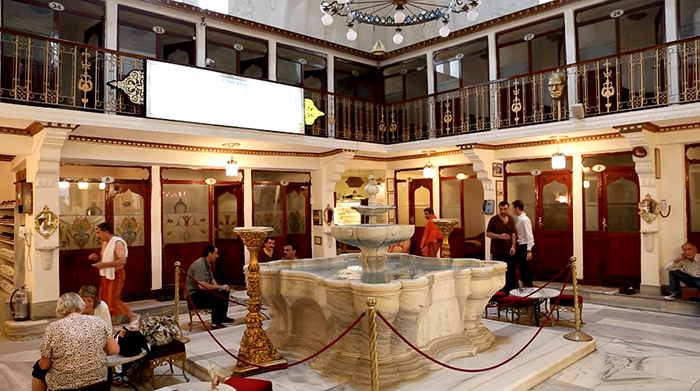 The next day, David heads over to the 300-year-old Cağaloğlu Hamamı for a Turkish bath. This Hammam provides full-service spa treatments including scrubbing, steam baths, and massages. Definitely a MUST experience when in Istanbul. 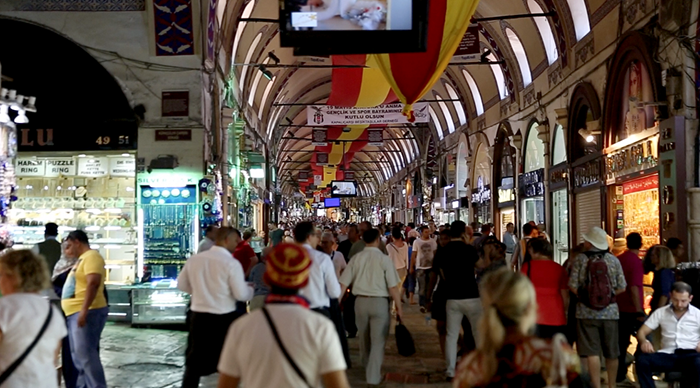 Now time for some shopping… First stop, the Egyptian Spice Bazaar, a spice market that is primarily for tourists, but still an experience to walk through and see all the desserts, spices, and souvenirs for sale. Afterwards, some more serious shopping at the Grand Bazaar – one of the absolute best places to shop in the country! There are over 4,000 shops spanning an area of over 30,700 square feet! If you’re planning to spend a lot of time here, or looking for something in particular, we recommend you hire a guide to help. This place is gigantic! 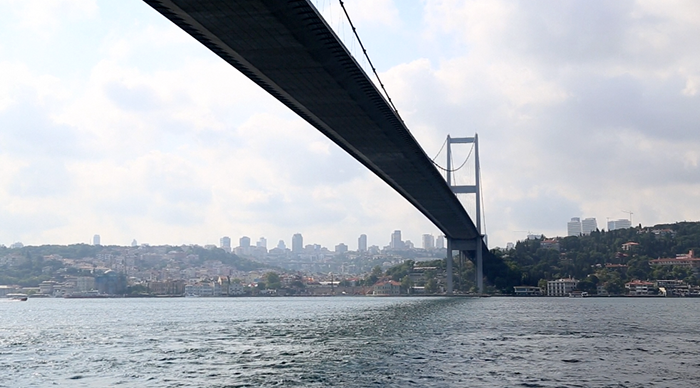 David then heads to the shores of the Bosphorus for a scenic boat ride along the strait. From the water you’ll get panoramic vistas of the Istanbul skyline and get to enjoy view of other areas of this enormous city. 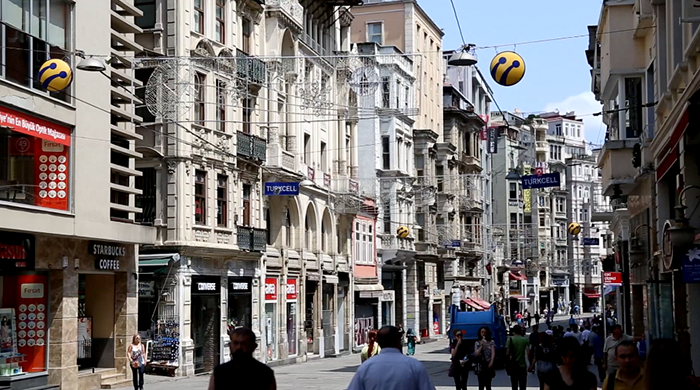 After arriving back on land, David heads to the Beyoğlu District to beautiful pedestrian-friendly Istiklal Street, or “Independence Avenue” for some lunch. It spans about 1.4 kilometers and is the perfect place for shopping and dining. You can walk or take the Nostalgic Tram in either direction. The end of Istiklal Street takes David into the heart of Istanbul, Taksim Square. This bustling intersection is a major transportation hub and meeting point. In the center of the square is the Monument of the Republic (1928) commemorating the formation of the Turkish Republic in 1923. 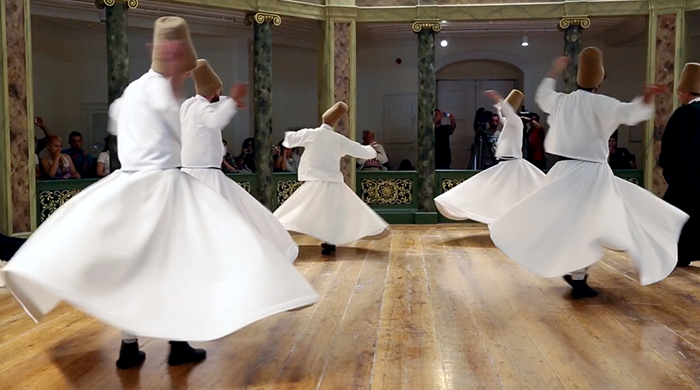 Onto the Galata District to see a Whirling Dervish show at the Galata Museum. This 800-year old practice of spinning is used as a physical form of meditation. It is a mysterious and beautiful site to behold. 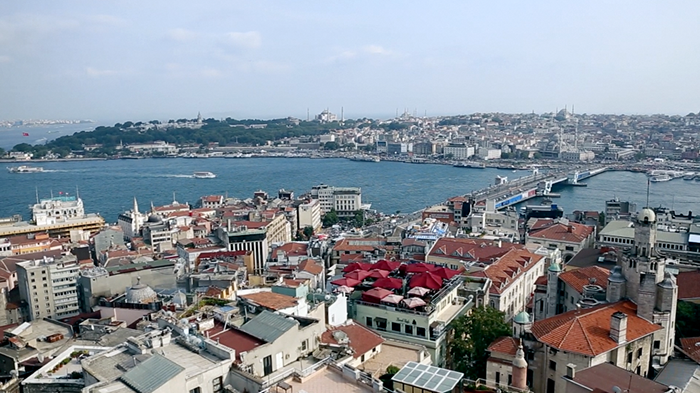 You can’t visit the Galata District and not notice the Galata Tower. It looks over Istanbul and provides 360-degree views of the city, the Bosphorus, Golden Horn and landmarks. 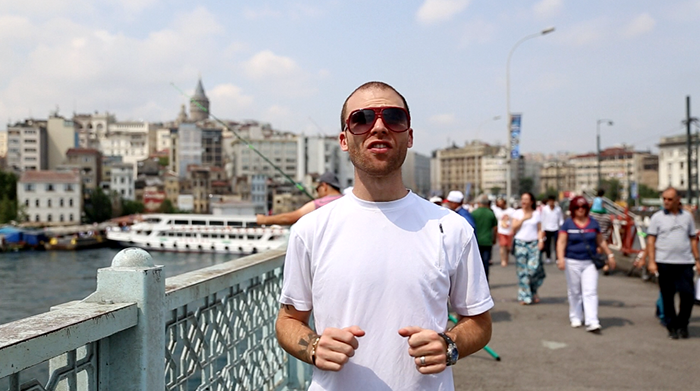 After all that sightseeing, David works up an appetite so he heads to the Karaköy waterfront to enjoy a cheap meal with a 5-star view. Nearby is the fish market. You can’t get to the Karaköy or Galata without crossing the Galata Bridge. This massive bridge is comprised of two stories. The top is used for pedestrian and car transit, while the bottom is full of restaurants. It’s a mix of noise, smells, and vibrant life! If you have the chance, walk it at least once. From here you’ll see the skylines of both Sultanahmet and Galata districts. 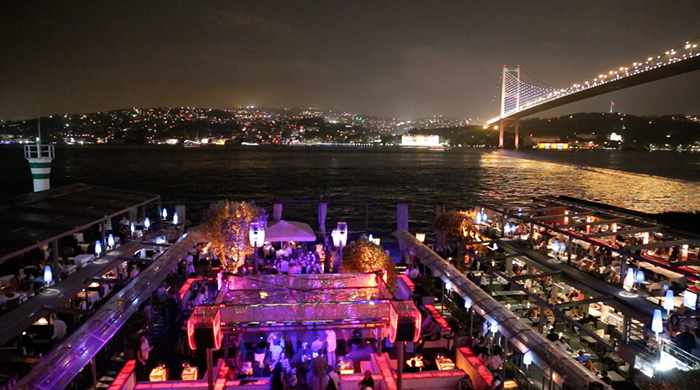 Lastly, David goes out to one of the most exclusive entertainment complexes in the world. Reina sits along the Bosphorus and offers world-class dining, nightclubs, and beautiful ambiance. Dress to impress and make dinner reservations so you can stay after to party!

We hope you liked our list of the top 15 places to see in Istanbul! If you have anything to add, please leave us a question or comment below!