The island of Kos is located only a 15-minute ferry ride from mainland Turkey (Bodrum) and a 30-minute ferry ride to two other Greek islands in the Dodecanese. After spending a few days exploring Kos, we recommend you make time to go see these three destinations. Each one is unique in its own way and must visits while in visiting Kos!

Check out our list of top 5 restaurants in Kos Island 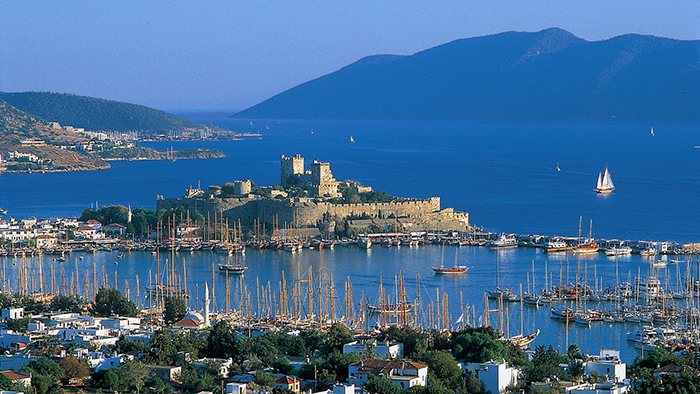 Kos gains additional appeal because of its close proximity to the Turkey’s mainland. A common day trip is taking the ferry from Kos Old Town to the city of Bodrum. This shopper’s haven has remained at the center of Turkey’s trade, art, and entertainment for centuries. Home to the ancient city of Halikarnnassues, it was once the site of the famous Mausoleum of Halikarnnassues, one of the Seven Wonders of The Ancient World. 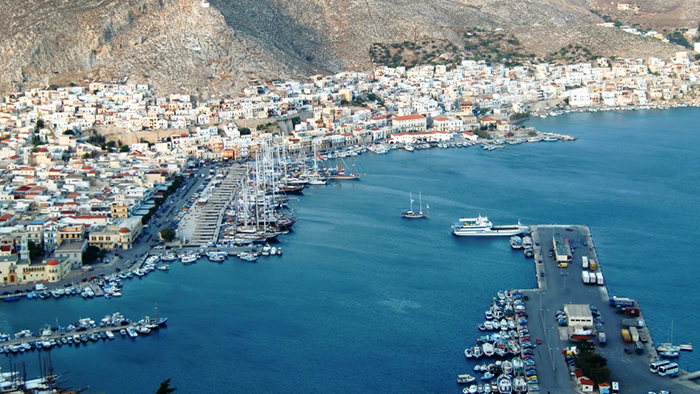 Most the mausoleum was leveled in an earthquake, however, remnants are on display in the British Museum. Today it is a playground for the wealthy, and one of Turkey’s most prominent tourist towns. Bodrum’s beach is mostly pebbles and perfect for swimming, though sunbathers should consider catching a cab to the nearby sandy shores of Gumbet and Bitez. 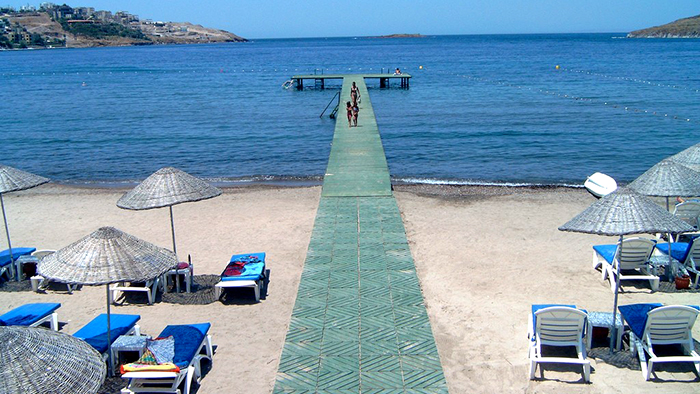 Running parallel to a series of restaurants and bars on Kumbahce Bay is the pedestrian Old Town Bazaar. Stalls and shops sell everything from souvenirs to arts and crafts. Clothing and jewelry are also available for an affordable price. The sheer vastness of both the market’s size and products make it very easy to pass an entire afternoon wandering from stall to stall. 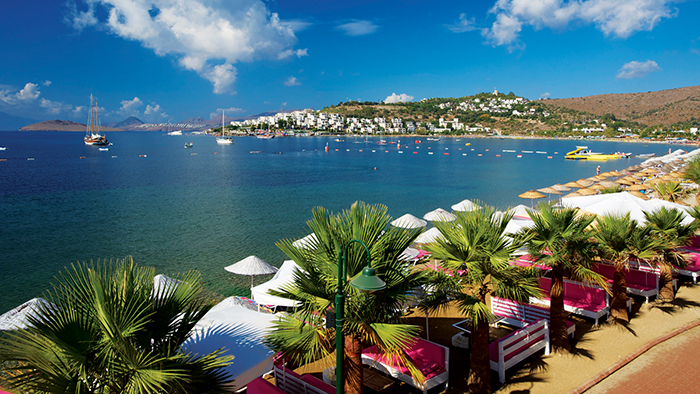 Additionally, Bodrum holds its weekly indoor market every Tuesday and Friday. Located adjacent to the main bus station, or otogar, the market’s products are dependent upon the day of the week. On Tuesday vendors offer textiles, and on Fridays they sell produce. Both the open textile market on Tuesday, and the Pedestrian Old Town Bazaar are perfect for buying knock-off designer goods such as bags and sunglasses. Haggling is welcome, and even expected!

Ferry services from Kos Town to Bodrum are available daily during summer months. A valid passport is necessary for travel. 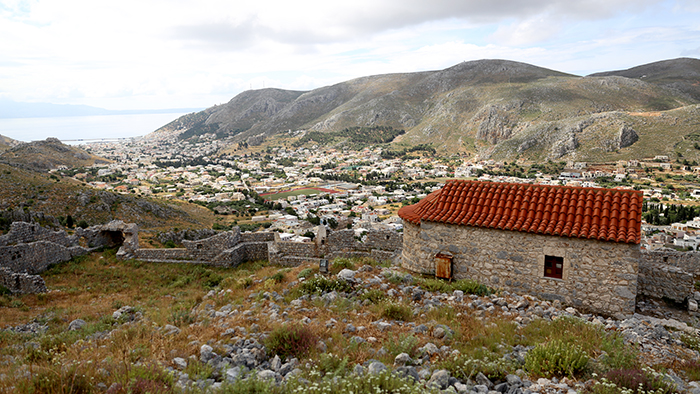 Situated just twenty-five miles north of Kos is Kalymnos, the “rock climber’s island.” Day-trippers take a short ferry ride from Kos’s Mastichari harbor to Kalymnos’s Pothia harbor. Kalymnos is perfect for adventurous souls with a taste for outdoor sports and unspoiled landscapes. While it does not offer the exciting shopping scene that Bodrum does, it certainly has plenty of old world charm and beautiful beaches.

Day visitors can lazily stroll the quaint harbor area known as Pothia. The area has a handful of seafood tavernas and small shops, some of which sell sea sponges. What was once a long-standing tradition is now just a curiosity for tourists. Over fished waters have led to the downfall of the sponge diving business that once thrived here. A small museum at the east end of the harbor recounts Kalymnos’s glory days in the sponge diving industry.

Here are 5 Things to Do in Kalymnos, Greece 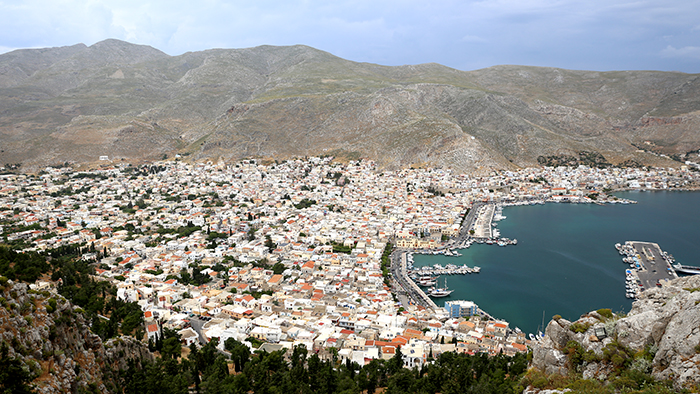 Beyond Pothia there are stunning beaches to explore. Kantouni, Massouri, and Myrties are the most popular and closest to Pothia. Visitors with more than a day should consider heading a little farther north to Emporios, Arginonta, or Kalamies. Crystal clear water and pebbly terrain make Kalymnos’s beaches irresistible. 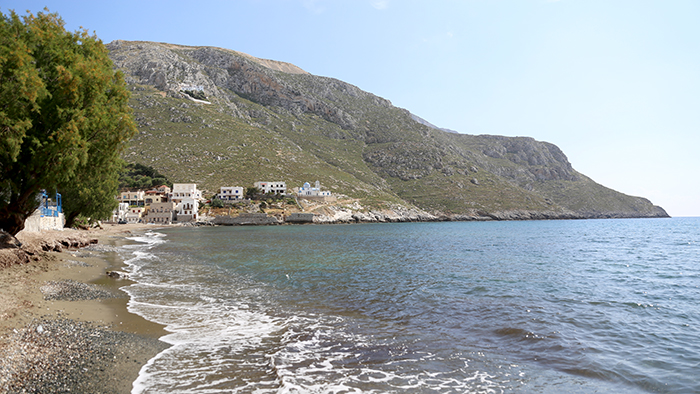 While there are plenty of options for beach bums, the island’s tourism industry is centered around rock climbing. Kalymnos’s rugged terrain and sparse vegetation has long been a burden for its residents, that is until it exploded onto the sports scene as one of the world’s premiere rock climbing destinations. Deep crags and immense limestone boulders provide the challenge that seasoned climbers crave. Cheap accommodations and an endless supply of fresh seafood give them a reason to stay. 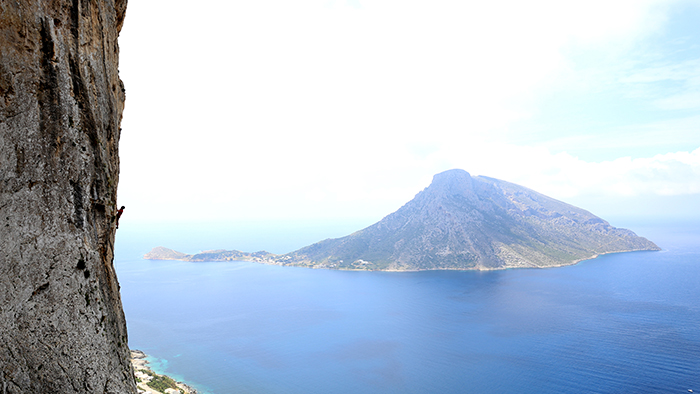 Most climbers stay in the Massouri area, the origin of many popular climbing routes. If you don’t have any experience, but would like to try climbing for the first time, we strongly suggest getting a certified instructor to teach you. We recommend Simon Montmory (www.kalymnosclimbingguide.com). If you plan to extend your stay in Kalymnos for more than a day, we also recommend catching a ten-minute ferry to the nearby islet of Telendos. With only a handful of permanent residents, Telendos is known for its amazing vistas, pristine beaches, and delicious seafood tavernas. We recommend To Kapsouli Restaurant for its family-friendly vibe and to-die-for homemade dishes. 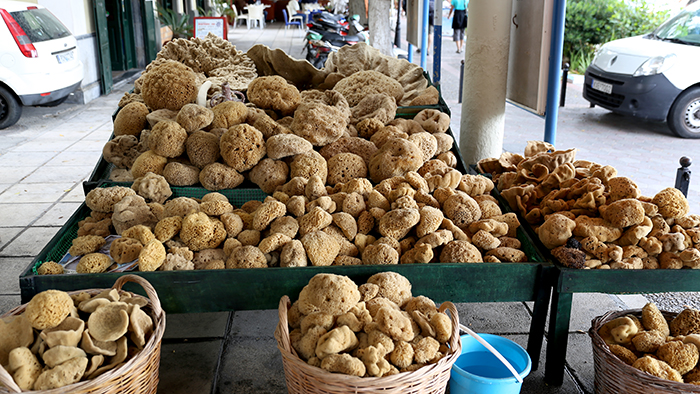 Whether you come to Kalymnos for a few hours or a few days, we are sure you’ll find its traditional way of life to be charming and refreshing. 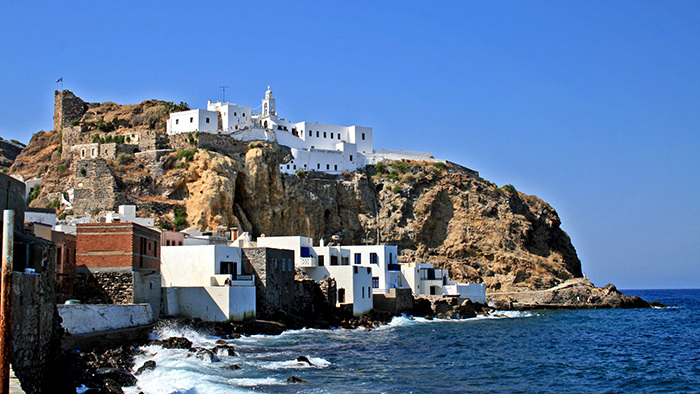 According to local legend, Titan Polyvotis was trapped under the volcanic terrain of Nisyros Island. Some still say that the volcano’s fumes are Polyvotis’s sighs escaping the earth. The volcano has endowed the island with an incredibly beautiful landscape. Black, red and white accent the terrain and serve as an omnipresent reminder of the spilling lava. Naturally, the volcano plays a key role in the island’s current tourism industry, with the main attractions being the crater of Stefano and the island’s thermal baths. 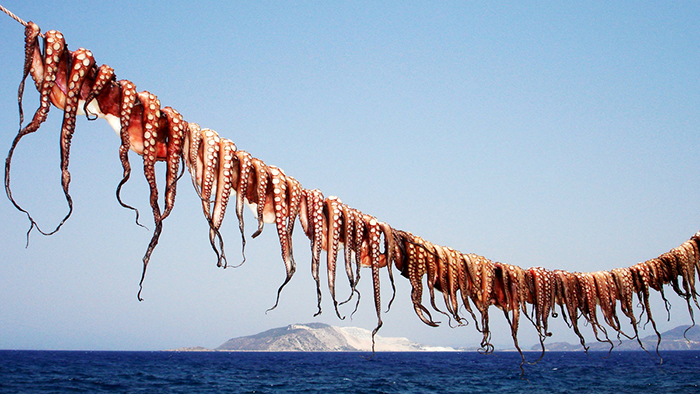 Approaching Nisyros from the sea, the island’s splendor makes it is easy to see why ancient Greeks would have braved the active volcano. Castles rest on the hillsides, and the village of Nikia is said to boast one of the most impressively beautiful main squares in the Aegean Sea. For beaches, head to Holkakous, Gialiskari, or Palous. Holkakous’s pebble-lined shore lures visitors with its clear, blue waters, while Gialiskari’s warm, black sands are perfect for sunbathers. 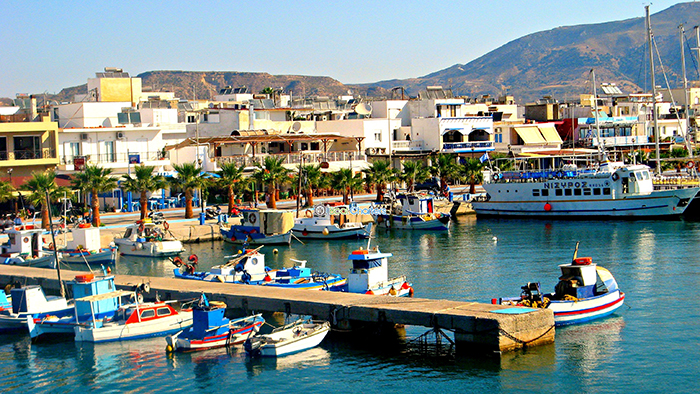 Palous is the most bustling of the three, and is home to a small marina that makes for a pleasant afternoon stroll. When dining on Nisyros, visitors should not miss the chance to try soumada, a regional, non-alcoholic, almond beverage. When touring the island, you will see numerous monasteries, though none of them are currently inhabited by monks. Today they are mostly the sites of culture celebrations.

There are four ferries each week running between Kos Town and Nisyros.

What are your recommendations for the best day trips from Kos Island? We would love to hear from you! Leave us a question or comment below.