Back in 2008, I was able to take a road trip with my camera crew to cover Italy, Slovenia, Croatia and Montenegro for my web show. That trip left me with a great fondness for the beauty and hospitality culture of the Balkans. I heard so much about Serbia during my time in Montenegro, which led me to finally visit. 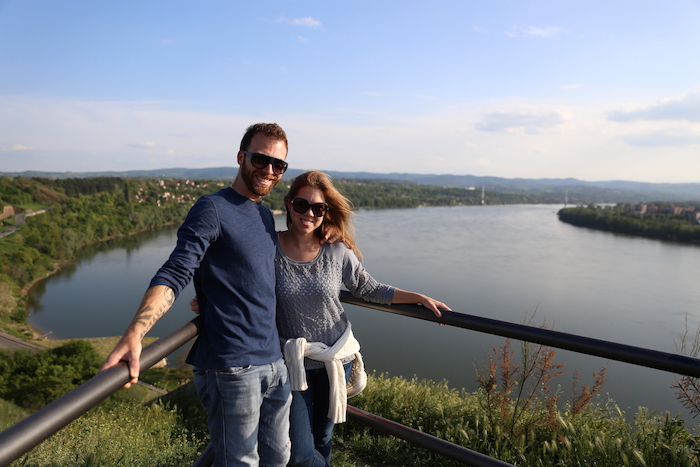 In April 2014, my wife and I decided to take a three-week road trip covering Serbia and Bosnia & Herzegovina. We based ourselves out of Belgrade; the capital, Nis; the birthplace of Constantine the Great and Novi Sad; one of the prettiest cities in the region.

Each day, we either stayed to explore or took day trips to nearby ancient sites, wineries, and amazing restaurants. Following a wonderful 11 days, here are my top 10 places to visit in Serbia. 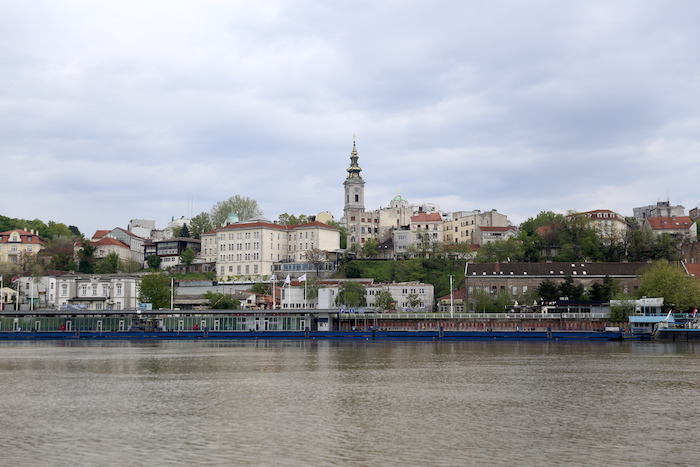 Belgrade is both the capital and largest city of Serbia, sitting at the confluence of the Sava and Danube Rivers. It is a city with an ancient pedigree, home to the Vinca culture that evolved here in the 6th millennium BC and has been inhabited by different peoples ever since. At one point it belonged to the Romans, was settled by Slavs, ruled by the Ottomans, and eventually became the capital of Yugoslavia before becoming the Republic of Serbia. 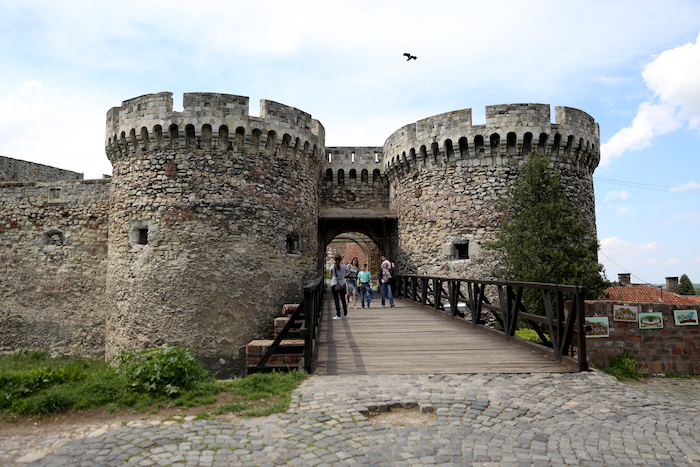 There is a lot to see in Belgrade, which means you could spend at least five days here exploring the historical sites, trying different restaurants, and enjoying its world famous nightlife scene. One of the places you must visit in Serbia is the Kalemagdan Fortress. It contains the old citadel and a park with stunning views across Belgrade. We also visited Ada Lake, a small peninsula that has its own beach during the summer.

Check out our list of Best Modern Restaurants in Belgrade 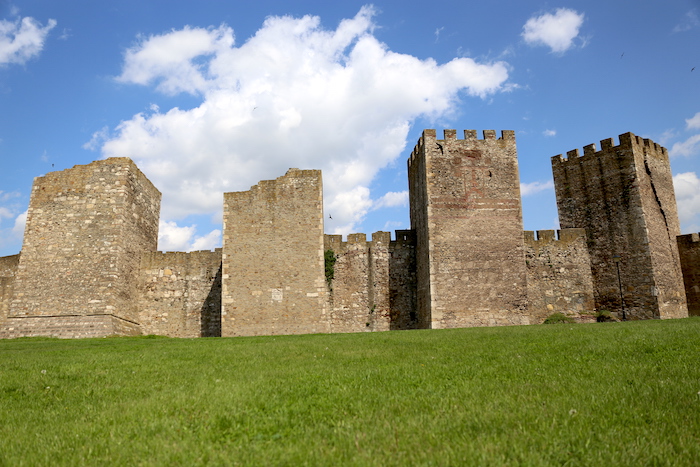 Smederevo is a city along the Danube River in eastern Serbia, around 28 miles downstream from Belgrade. It began as a Roman town called Vinceia, while the modern city dates back to the late Middle Ages when it served as the capital of Serbia before the Ottoman conquest. 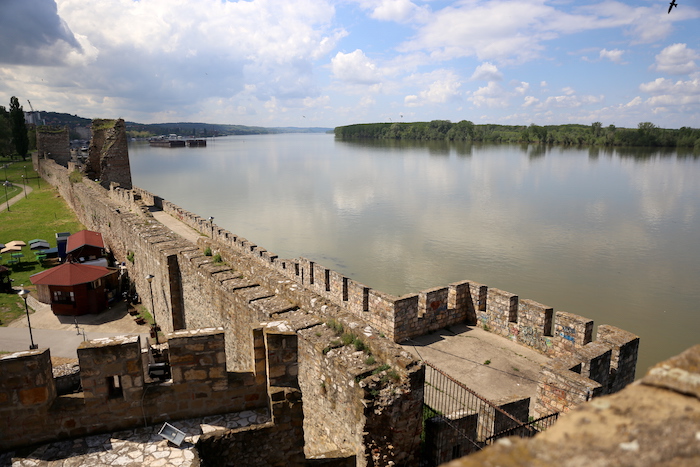 Smederevo Castle is located where the Danube meets the Jezava River and was built in the 1420-30s by Despot Djuradj Brankovic. It is one of the largest medieval fortifications in Europe but fell to the Ottomans in 1459, ending the medieval Serbian state. It then became a trading center and is now divided into two parts, the Small Town and the Big Town. The Big Town contains the Archbishop’s residence and is surrounded by nineteen towers while the Small Town has six. 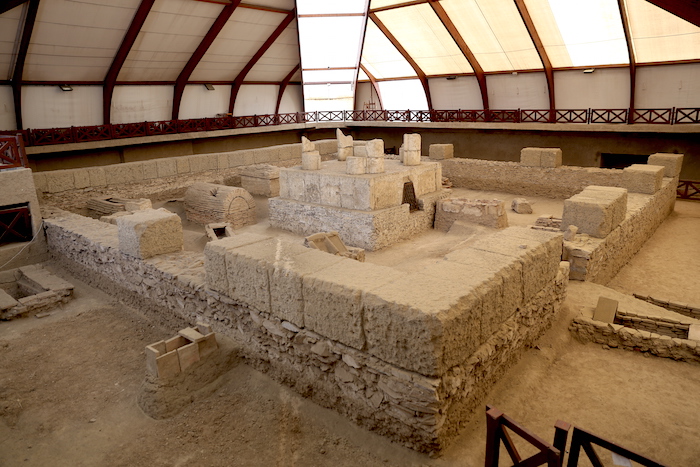 Viminacium was a major provincial capital and military base in the Roman era. It lies 7 miles from the town of Kostolac. The city was first constructed in the 1st century AD and at its height, was home to around 40,000 inhabitants, making it one of the largest cities of the time. It is situated along the old Via Militaris Roman road. Viminacium suffered much destruction by the Huns in the 5th century but Emperor Justinian had it rebuilt before it was destroyed a second time by the Slavs in the 6th century. 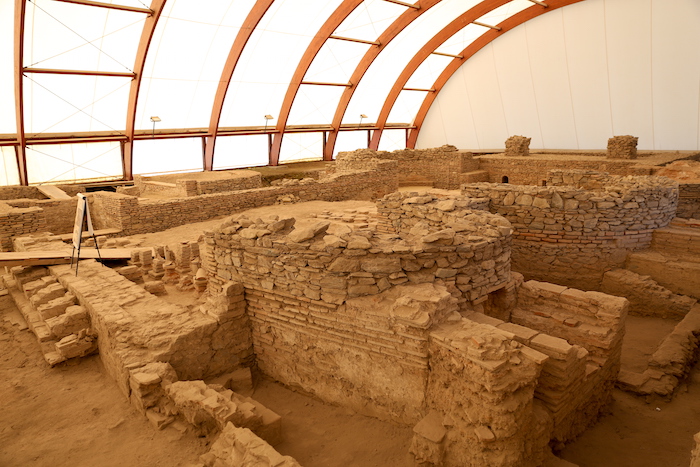 Today, Viminacium is an archaeological park recreating the time when the Seventh Legion Claudia was based there in the 4th century. During our visit, we walked around the covered excavation sites where you can see the ancient roads, public bath systems and even human remains in the necropolis. There is a reconstructed amphitheater and a visitor’s center built to resemble a Roman villa.  It is an ideal day trip from Belgrade for history lovers. 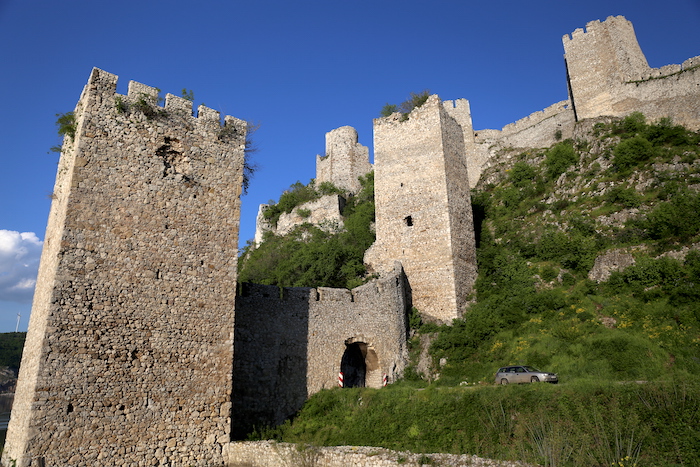 Golubac is one of my favorite places in Serbia because of how dramatic it is. It is a village that is famous for its beautiful medieval castle and also high winds that make it a popular sailing spot. Golubac sits across the Danube from Romania. 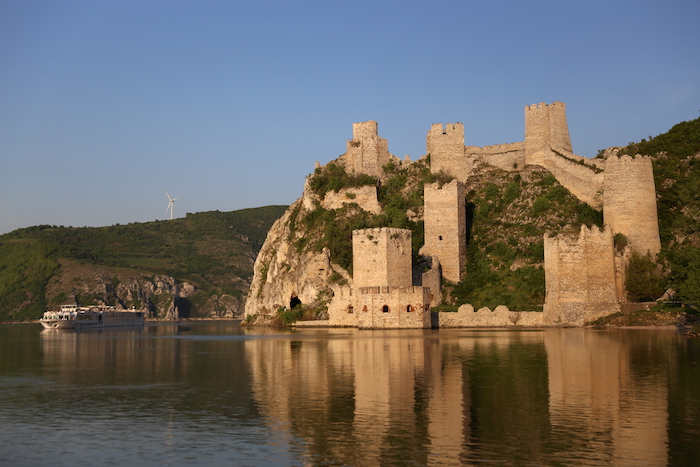 The medieval fortress of Golubac was built on top of a Roman fortress dating back to the 1st century AD, a residence used by Roman Emperor Diocletian. The current castle is from the 14th century and has an impressive ten towers protecting three compounds. It has seen plenty of action too – including wars between the Ottoman Empire and the Kingdom of Hungary and later being ruled by Austrians and Bulgarians. It underwent significant restoration in 2005. 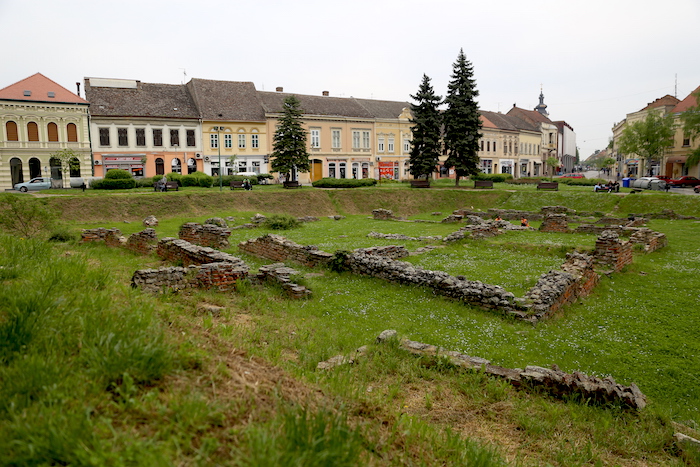 The modern city of Sremska Mitrovica lies along the banks of the Sava River and is the administrative center for the Srem District. The city was once an important Roman settlement and was known as the ‘glorious mother of cities’. Ten Roman Emperors were born in or around the city including Herennius Etruscus, Decius Traian, Claudius II, Quintillus, Aurelian and Gratian. 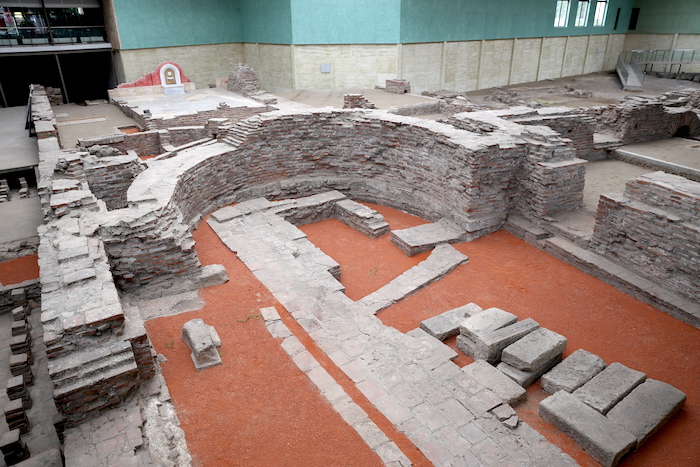 Therefore, it is unsurprising that the city’s archaeology museum is an impressive one. It contains a number of artifacts including columns, sculptures, tombstones and sarcophagus. There’s also an Imperial complex, a preserved building in the center of the town which once occupied 15% of the whole city. Sremska Mitrovica is a great day trip from Belgrade, just one hour’s drive west towards Croatia. 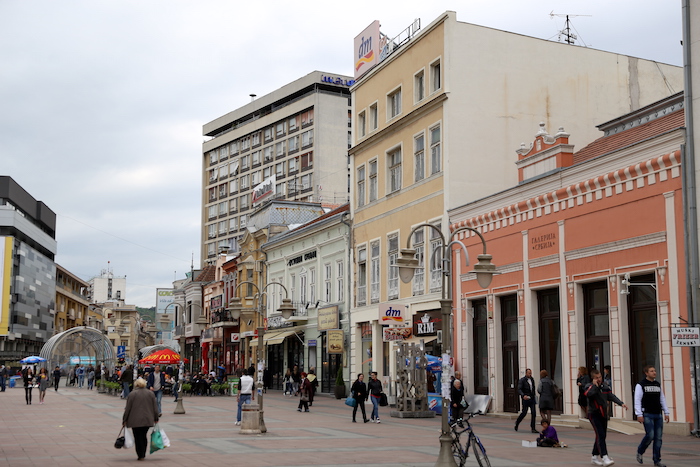 Nis was the second base city for our trip and is the third largest city in Serbia, most notable for being the birthplace of Emperor Constantine the Great, who is credited with converting the empire to Christianity. Nis has a long history with many significant events and also a lot of tragedy and sadness. This also means a great many impressive places to visit. 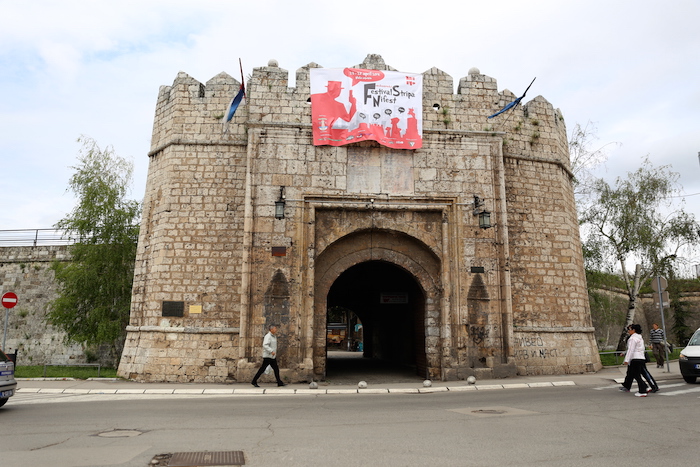 Like Belgrade, you could spend a lot of time here but here are a few must visit spots. Nis Fortress is one, on the banks of the Nisava River and near the ruined Roman military camp. The fortress was built by the Ottomans, and is said to be one of the most beautiful buildings in the Balkans. The four imposing gates are a great photo opportunity. 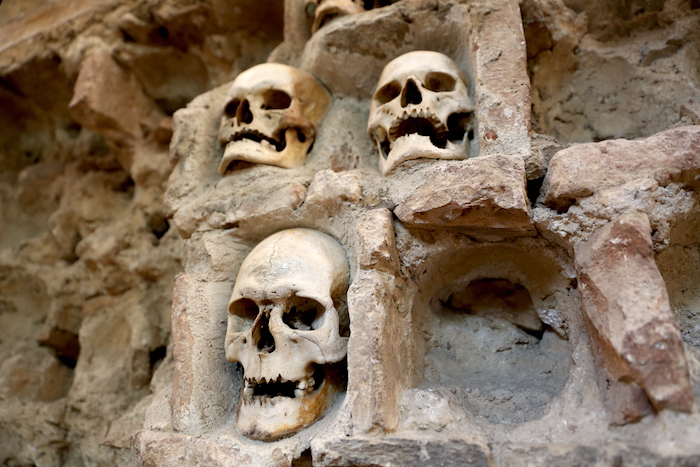 Skull Tower earns its name as it is a three-meter-tall tower made from skulls, built by the Ottomans using the skulls of Serbs killed during the Battle of Cegar in 1809. Originally it contained nearly 1,000 skulls but there are just 58 visible now. Another tragic relic of the past is the Nis concentration camp. This World War II site held some 30,000 people, of which 12,000 were executed.  If you plan to visit, avoid Mondays as it is closed that day. 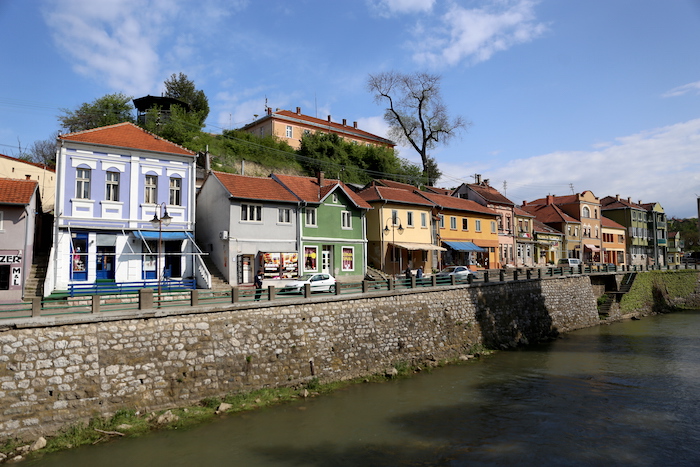 Knjaževac is a town close to the border with Bulgaria and sits amid three mountains. It existed in Roman times and was once known as Gurgusovac before it became part of Serbia in 1834. It took its current name in 1859. 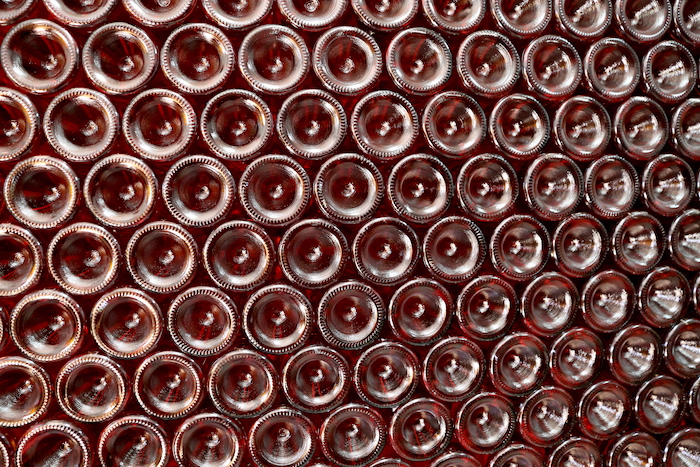 A trip to the town is a great chance to visit the Jovic Winery. This is one of the top wineries in the region and we took the chance to visit it. The region is one of the top wine-producing areas in the country and the winery offers some amazing wines including Chardonnay and Riesling.  I even had the chance to sample a private 18-year-old Cognac that was worth the trip in itself! The winery and the town make a great day trip from Nis. 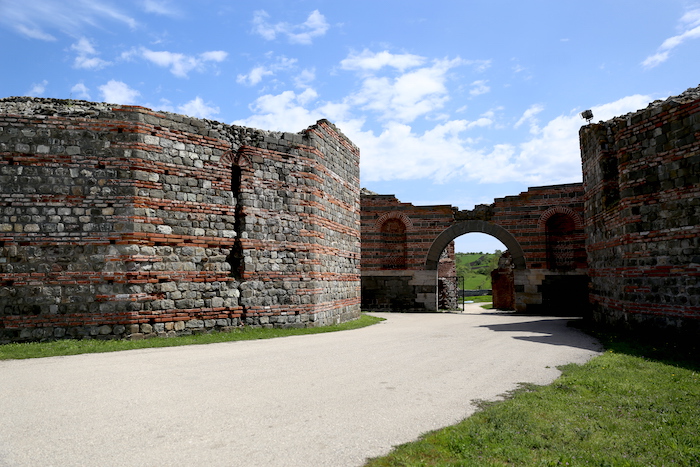 Felix Romuliana is a Roman site outside the town of Gamzigrad that is a UNESCO World Heritage Site. The original palace was commissioned by Emperor Galerius to commemorate his retirement from the throne and named it for his mother, Romula. The site is a large one, covers some 10 acres and is definitely worth a trip from Nis. 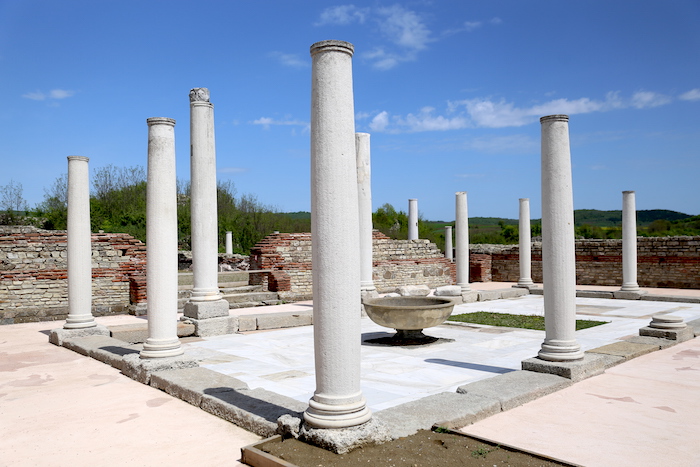 Some of the features of the Imperial Palace are replacements to give visitors the feel of the original palace while other features are genuinely from the Roman era, including the remains of the temple of Jupiter and the public bath complex. We also visited nearby Museum of Zajecar as there is a bust of Galerius as well as Roman coins, an impressive collection of mosaics and some great aerial photos of the area.

Also check out these Top Attractions in East Serbia 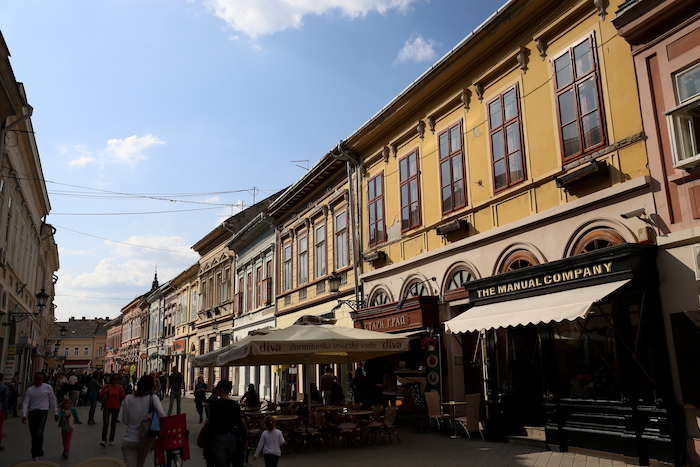 Novi Sad is the third of our base cities and is the second largest city in Serbia, on the banks of the Danube and the north slopes of the Fruska Gora mountains. The city was founded in the 17th century by merchants wanting a place to live close to the Petrovaradian fortress on the other side of the Danube. 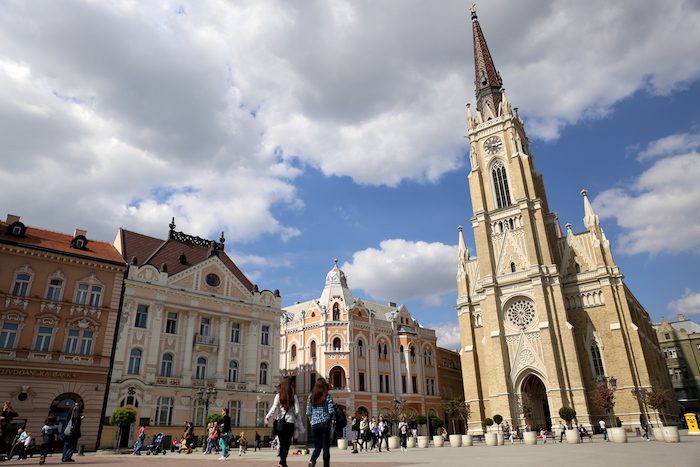 Liberty Square is the center of the city and you can see the Name of Mary Catholic Church here, a Neo-Gothic style building.  Alongside it are several impressive Hungarian style 19th-century buildings.  We went along Zmaj Jovina Street while in the area for a spot of shopping and a light lunch.

Petrovaradian Fortress is the second largest fortress in Europe and a beautiful place to explore on foot.  The 200-step climb is worth it as the views are very impressive, along the Danube and across the city.  There is also a gourmet restaurant located inside. Petrovaradian Fortress plays host to the EXIT Music Festival each summer, one of the largest outdoor concert events in Europe. 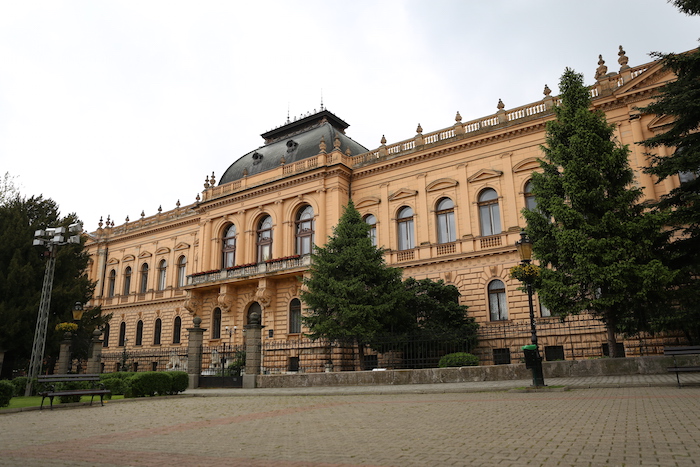 Sremski Karlovci is a town on the Danube, 5 miles from Novi Sad, known for it local wineries. Many of these are family owned and operated, making for a pleasant experience when visiting any of them. The area has a long history of wine making – Emperor Marcus Aurelius planted the first vines here in 273 AD. 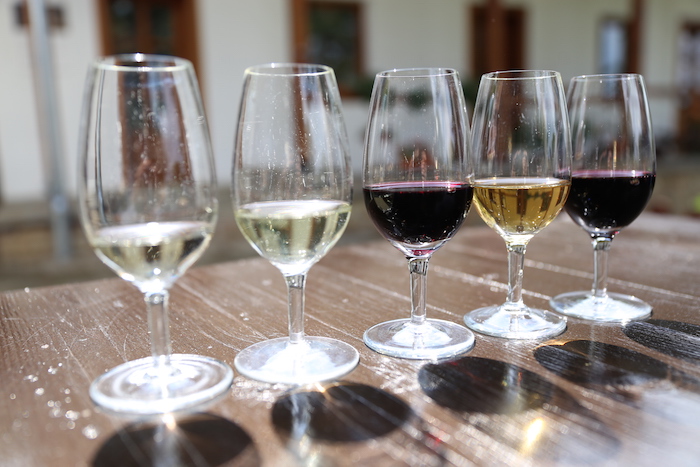 While visiting, we stopped at the Benišek-Veselinović Wine Cellar and Matchbox Museum to taste some amazing fruit and nut-flavored rakias. It was also a great place for the traditional Serbian breakfast that is very inexpensive. We also visited the Beekeeping Museum where we sample wines and organic honey. Finally, we sampled the traditional Kuglof cake, a variation of the German Bundt cake that dates from the 17th century. You can reserve any of the wineries trips by emailing them or visiting the Tourist Organization in the town. 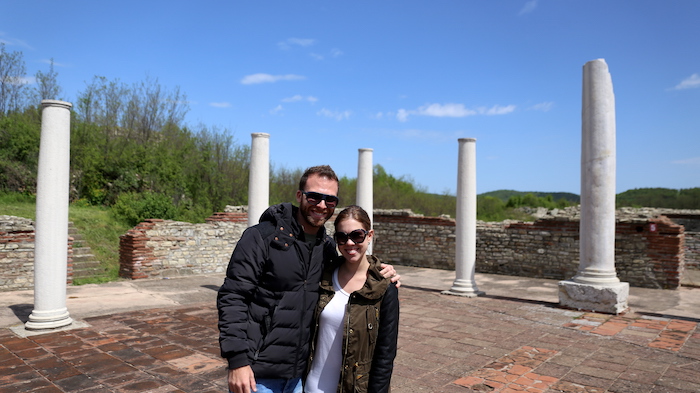 Serbia may be a modern country, but it boasts plenty of ancient history, with much of it dating from the Roman times. There are also many wineries and great restaurants to enjoy while touring the country.  The three cities we used as bases would be worthy of a prolonged visits in their own right and there were many other places that we would like to have visited that makes me think we may have to return to this beautiful country again in the future!

Here are some tours I highly recommend in Serbia:

Have you traveled to Serbia before? What are your recommendations for places you must visit in Serbia?

20 thoughts on “10 Places You Must Visit in Serbia”