After arriving in Guwahati, Assam, India early that morning, I immediately hit the ground running and met up with my new friend, a local food blogger who was kind enough to show me around! After 30 hours of travel, I was hungry and couldn’t wait to have a delicious breakfast in India! Come along with me on my Assamese Indian breakfast food tour!

We started our Assamese Indian breakfast food tour at a popular place in Guwahati called JB’s. There, we ordered some puris and club kachoris with a potato curry and a mashed potato curry. The puri was still super crispy with the potato curry, but also kind of soft. The curry itself was nice and rich, but not spicy.

The club kachori, which was very similar to a puri, was great with the mashed potato curry. This curry had a spicy kick to it and was so good, I wanted to drink it! So flavorful and savory!

No Indian breakfast is complete without a jalebi, which is a spiral-shaped deep-fried dough that is covered in sugar syrup. Some are orange and some are yellow, but they’re always super sweet, super fatty, and super delicious! 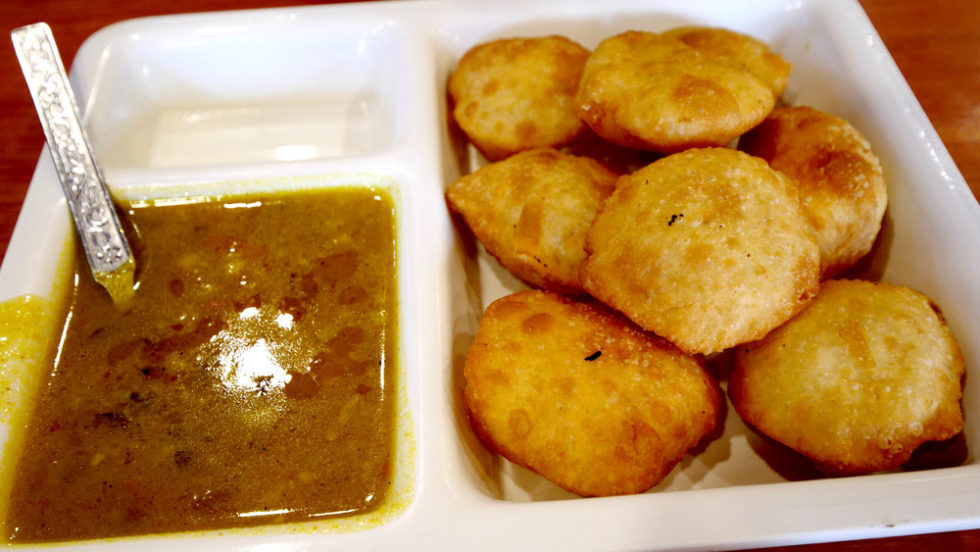 From there, we decided to head to Ganesh Temple Latasil, a local temple to Ganesh. We bought some flowers to give as offerings and took off our shoes before we entered. There, Kabyashree lit some candles and incense and offered prayers for me and my YouTube channel!

The main temple is a beautiful, white building with lots of intricate carvings. Inside, I had a truly spiritual experience, gave my offerings, and rang the bell afterward. Coming to this temple is meant to remove obstacles from your life!

After we left the temple, I really wanted some chai, but all of the chai vendors were closed because it was a Sunday. So instead, we bought some red tea. It was served super hot, but was nice, especially with some lime. It wasn’t my favorite (I still prefer chai), but it was OK. 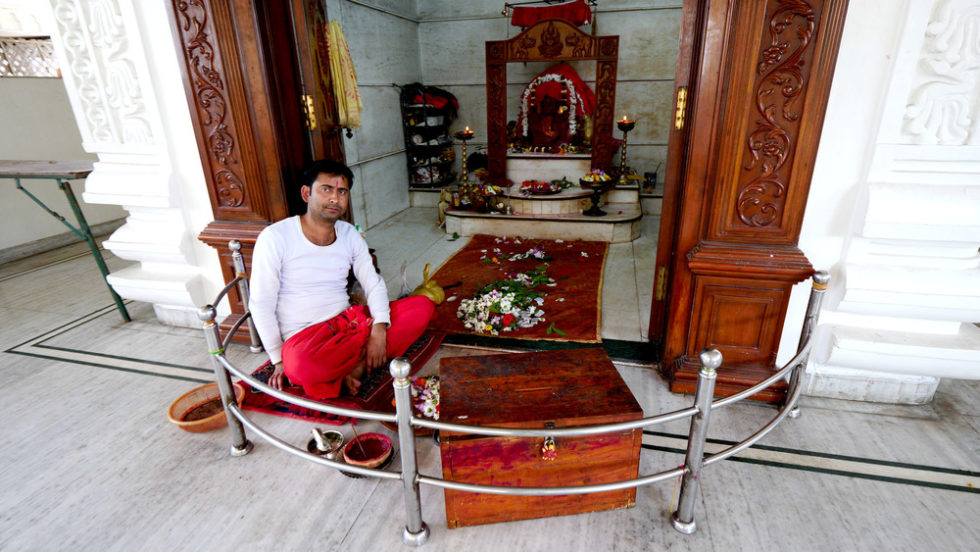 Side note: when you travel to India, be forewarned that warm drinks like tea and chai are always served piping hot even though it’s sweltering outside. I suggest giving them several minutes to cool down before you take a sip!

Next, we continued our Assamese Indian breakfast food tour with some samosas, rasmalai, and coffee. The coffee was like a frothy café con leche. I waited for it to cool down, but once it did, I really enjoyedit! It reminded me a lot of the Cuban coffees I love! 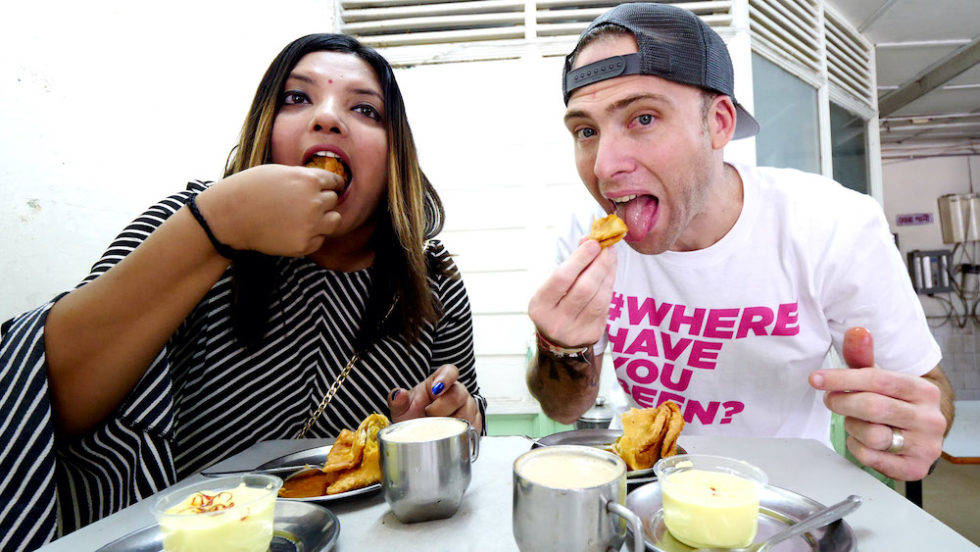 The rasmalai is a sweet, milky dish that contains little spongy rice balls that are kind of like mochis. It was almost like concentrated milk. I liked it, but it was a little sweet for me!

Our next stop was Fancy Bazaar, which is a business area with lots of shops and street food vendors. You’ll find vendors selling lots of Indian street food dishes there, so I suggest going there with an appetite! There, I found some puchka, which is a regional name for my favorite Indian dish, pani puri!

This version was spicy and I loved it! I could have eaten them all day. And at 4 puchkas for only 10 rupees, it was an incredible deal! 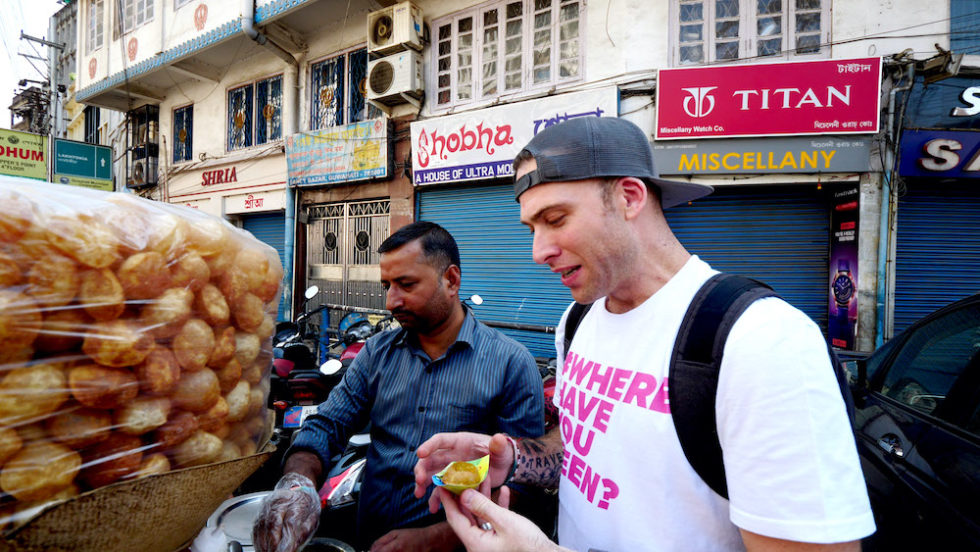 Wow, what an awesome way to spend my first morning in Guwahati! If you enjoyed coming along on my Assamese Indian breakfast food tour, please give this video a thumbs up and leave me a comment below. And please subscribe to my YouTube channel so you don’t miss any of my upcoming travel and food adventures!