During the afternoon and evening of my eleventh day in Kerala, India, I went on an Indian food tour and tried spicy seafood and egg biryani on a banana leaf in Kannur, India! Come along with me as I continue exploring the flavors of God’s Own Country!

Today, I’d be having some Indian food in the Old Town of the city of Kannur, India with my boy Ebbin and our friend Roshan from the Seashell Haris Beach Home. There, we’d visit a pair of famous restaurants and have some seafood and biryani. Then, we’d drive to Mahé, which is part of the Pondicherry union territory. There, they have no tax and you can try some brandy! But for now, I couldn’t wait to eat! 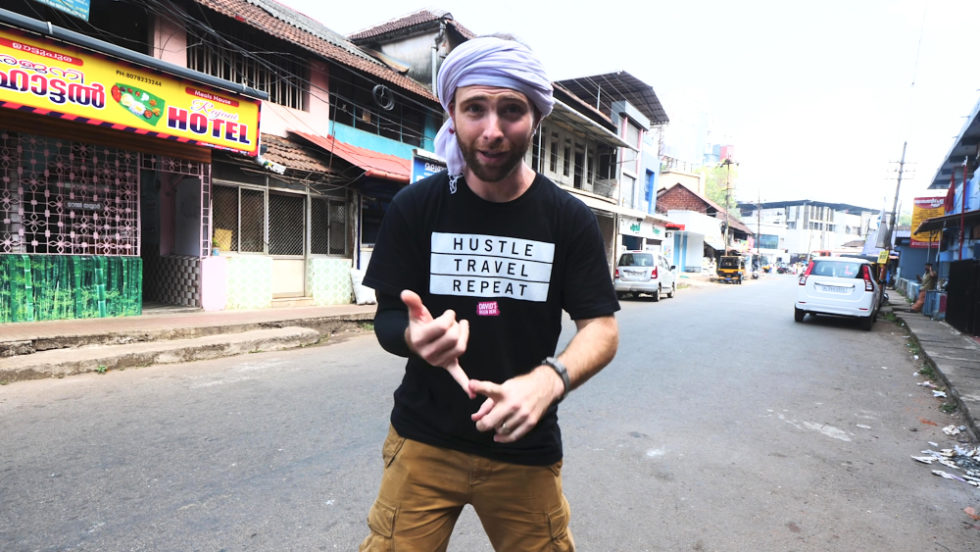 We started at Malayattor Hotel, which has been in business since 1957. Inside, we washed our hands before visiting the kitchen. There, we saw some buttermilk, mussels, and fried kingfish, along with chili gravy, beef, yogurt curry, vegetable curries, and more. At our table, Ebbin told me that the banana leaf should face your left before we were served some rice. We made two wells in the rice for the fish curry and veg curry. We were also served pachadi, lemon pickle, and veg fry. 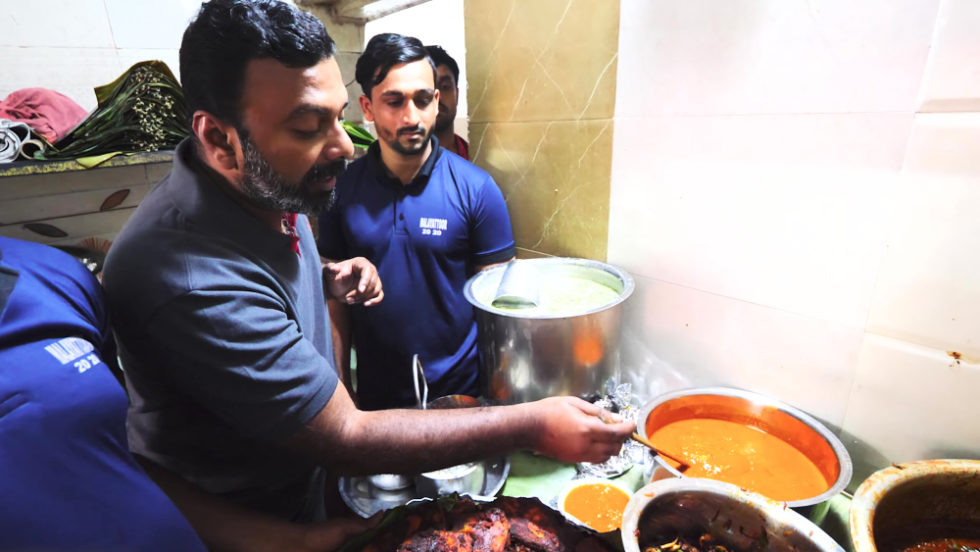 I also went with a piece of mackerel, a cup of buttermilk, mussels (also known as kallumakkaya), spicy chili gravy, sambar, and more. I met Joseph, the owner and then started with the fish curry and picked out some bones. I picked it apart and then mixed the rice with the fish and curry.

It was nice and creamy and light on the spice. The flavors blended well with the short-grain rice, which I liked more than the long-grain rice you find in other parts of India. There was also some coconut flavor from the coconut milk, which helps temper the level of spice. 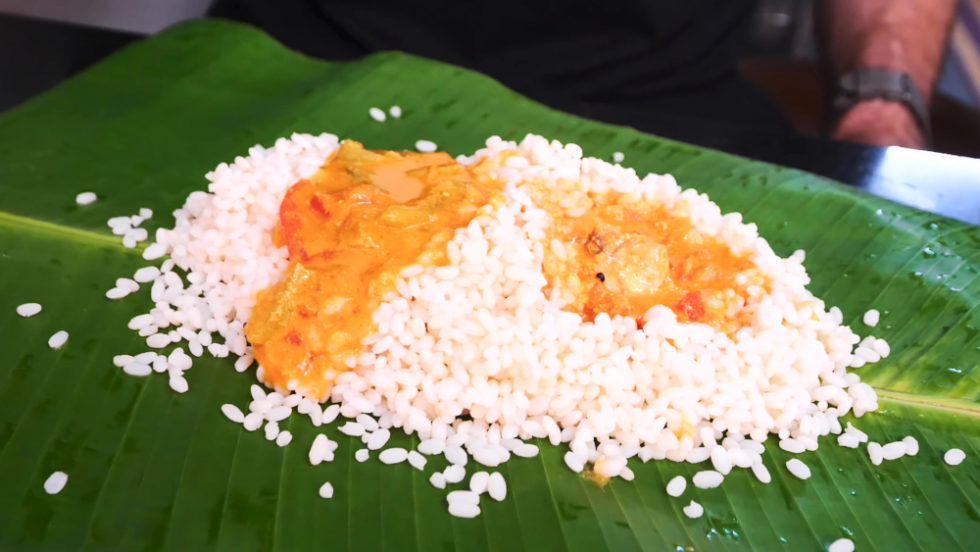 Then, we dug into the veg curry with the pickles. The vegetables in the pickle had been dry fried and was super tasty. I loved the sour flavor it added! The light curry with the sour punch was really nice. Then, I went for the mackerel, which was nice and salty and was covered in a nice masala. The mackerel with the rice was an incredible combination. I felt a bit of spice creeping up on me! 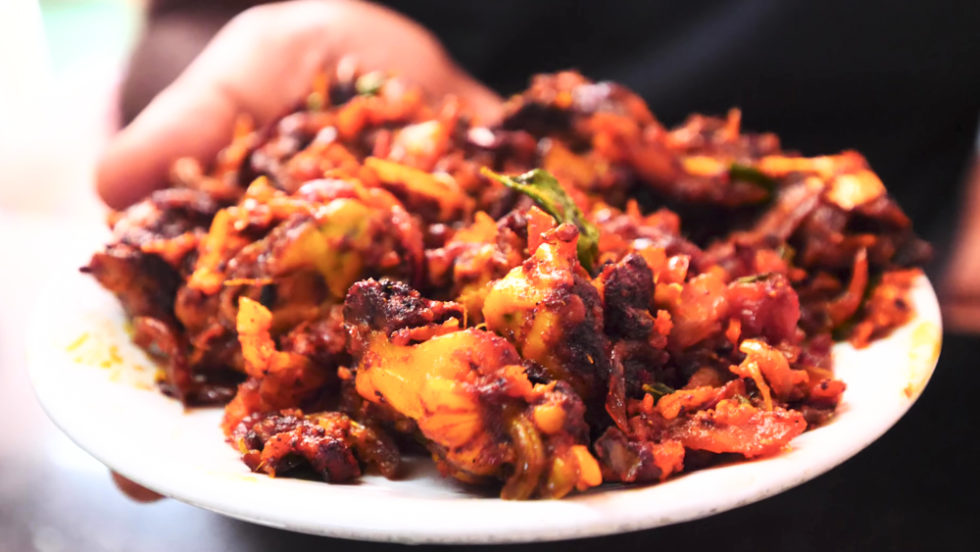 Then, I added the chili gravy, which was also a little sour but wasn’t spicy. Then, I tried the yogurt curry, which was like a moist yogurt with curry leaves. I loved the combination. You alternate the yogurt with the spiciness to temper the heat. 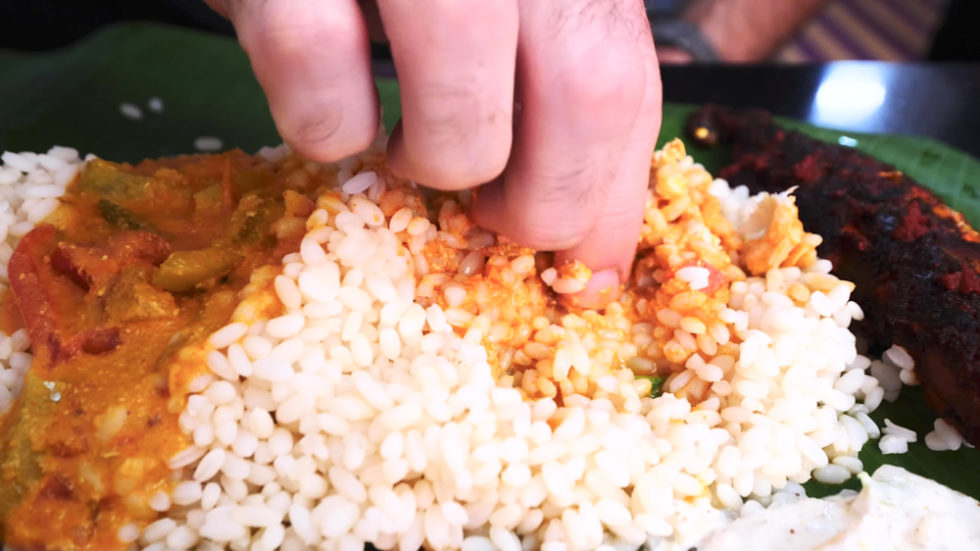 Next were the mussels! They contained crispy onions and were super tasty, tender, meaty, and succulent. They were salty and had some heat to them! If you’ve never had spicy seafood, you’re missing out! The Indian food in Kannur, India, especially the seafood, is outstanding! 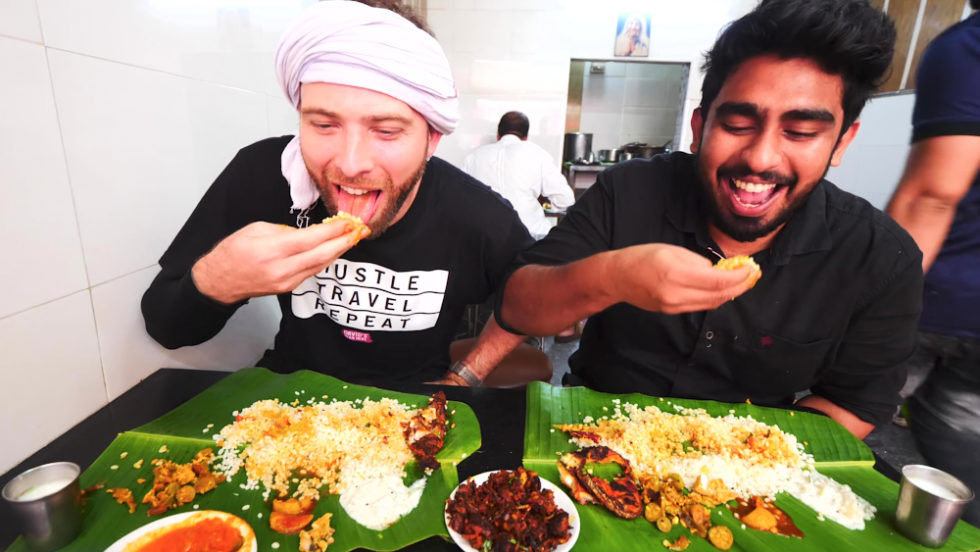 Then, I tried the buttermilk, which had some coriander, ginger, shallots, and chilies in it. Usually I don’t like buttermilk, but this one was amazing! It was the best I’d ever had. I loved the spice! 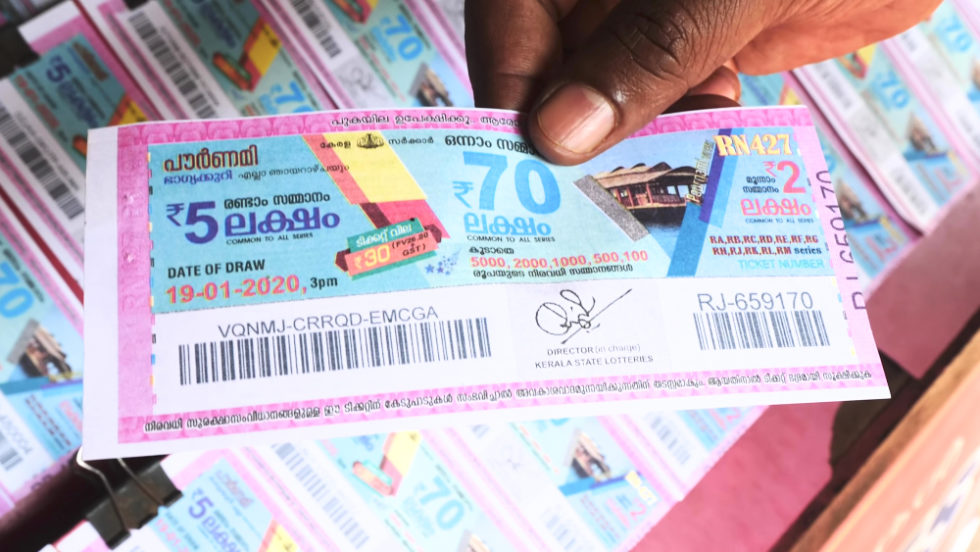 Next, we arrived at Hotel Jaya to have some more Indian food in Kannur, India! Inside, we saw some guys eating the biryani. We checked out the pot in the kitchen. It looked amazing! 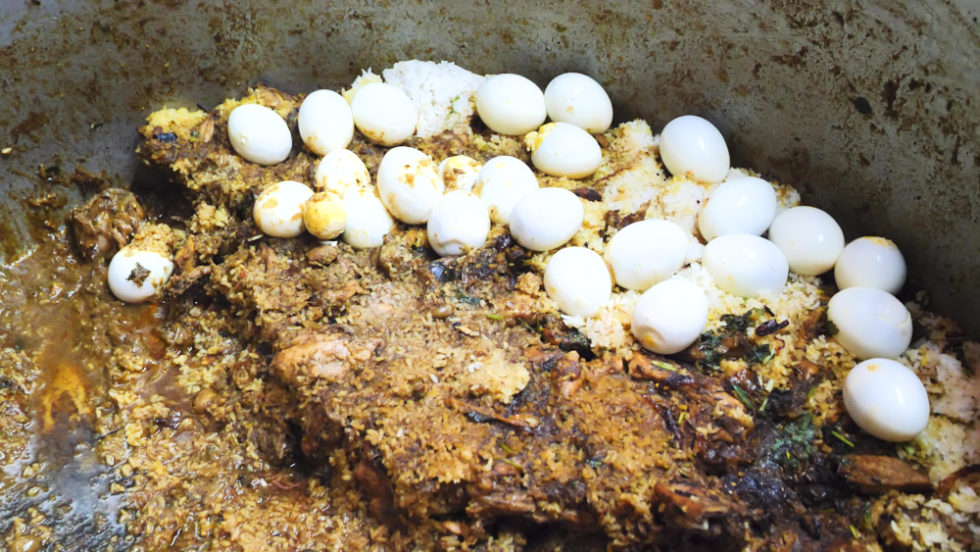 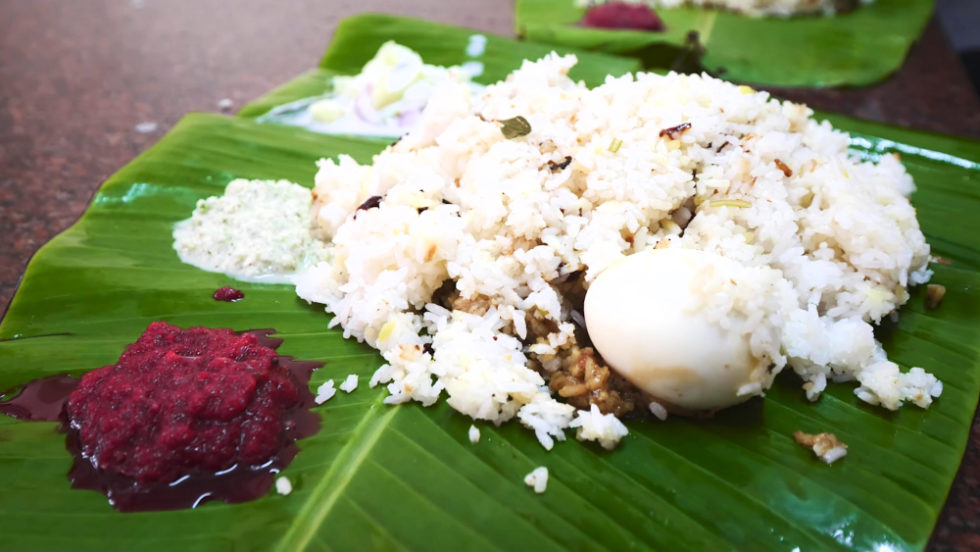 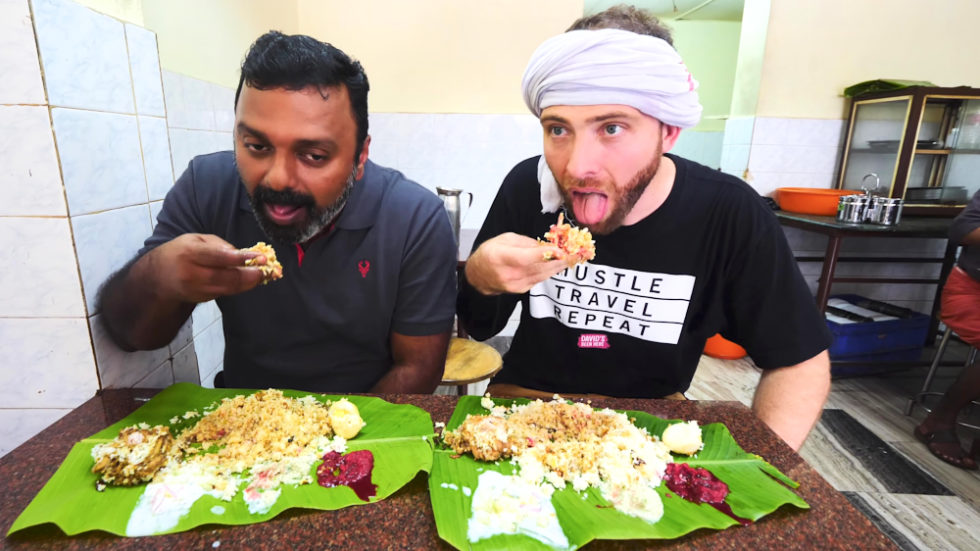 Then, I broke the egg into the biryani. The egg was really nice, especially mixed with the biryani. Then, I mixed in some of the coconut chili chutney. The mix of coconut and spice never disappoints! Then, Ebbin told me to add some rice, chicken, and chutneys on top of the egg. The textures were amazing! This was my fourth biryani in three days. I was loving the biryanis in northern Kerala. They’re all so different! This biryani only cost us 90 rupees each/$1.18 USD.

Then, we got a tender coconut shake at another shop for just 40 rupees each/$0.53 USD. It was like pure, ground coconut and full of flavor. It was so tasty and refreshing! 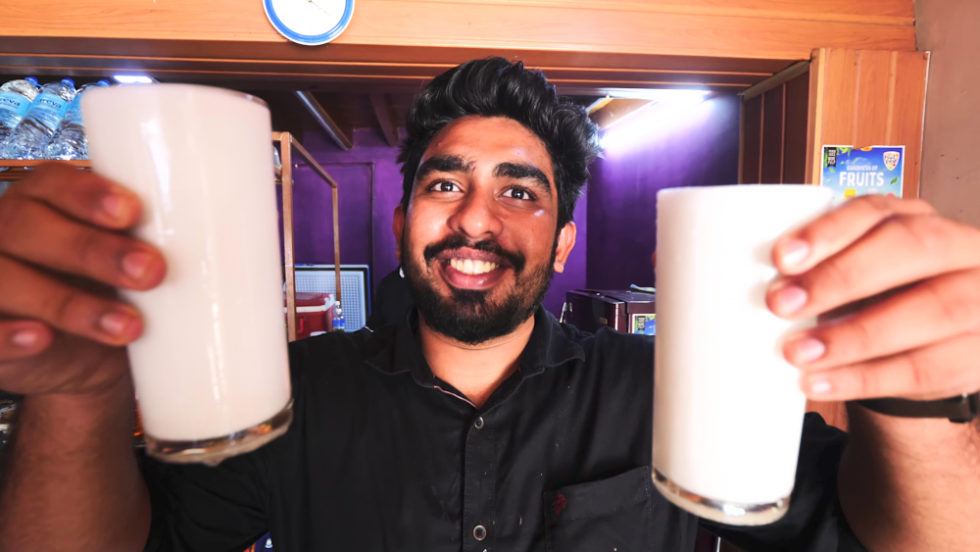 This is some of the best Indian food in Kannur and India in general! Then, we drove roughly one hour to Mahé, one of only seven union territories in India. We passed through Thelassery, which we’d visited a couple days earlier. It was Sunday, but everything would be open there. As soon as you cross the bridge into Mahé, you see nothing but businesses advertising their alcohol. It’s all tax-free! 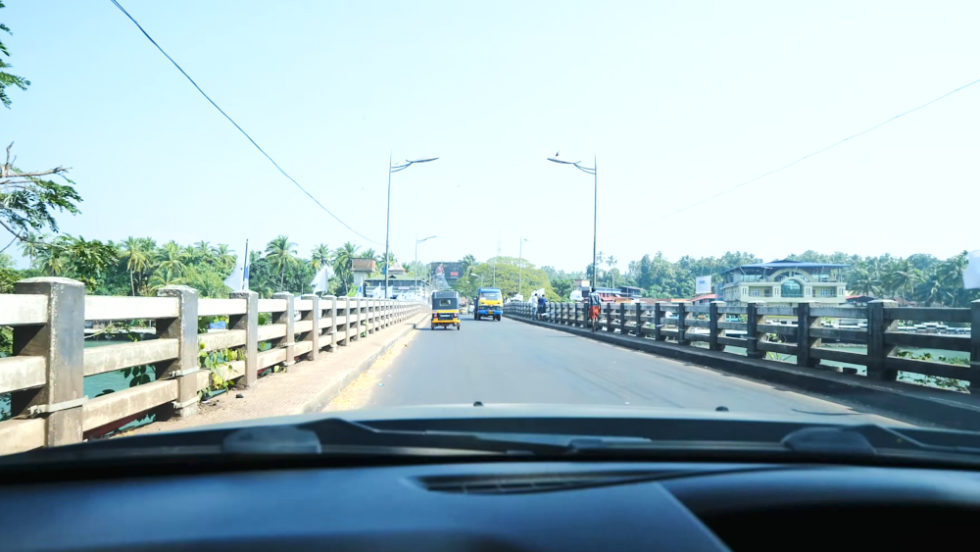 There were four wine shops on the corner we stopped at. We stopped inside Breezer, where they had Bacardi, whisky, an Indian vodka called Magic Moments, and more. We headed into the bar, which was dark. This town is where people go to drink, so I wanted to give the people there some privacy. 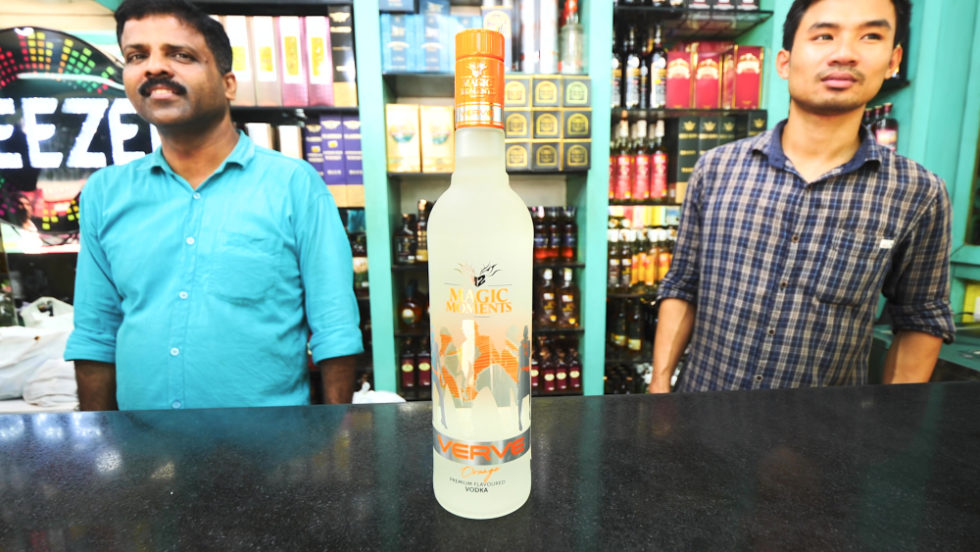 I tried some Oro brandy from Karnataka. You have to drink it in the bar, as it’s illegal to take it into the state. Outside of beer and wine, brandy is my favorite type of alcohol. It was strong but smooth! I don’t think you could find a spot like this in India outside of the union territories. 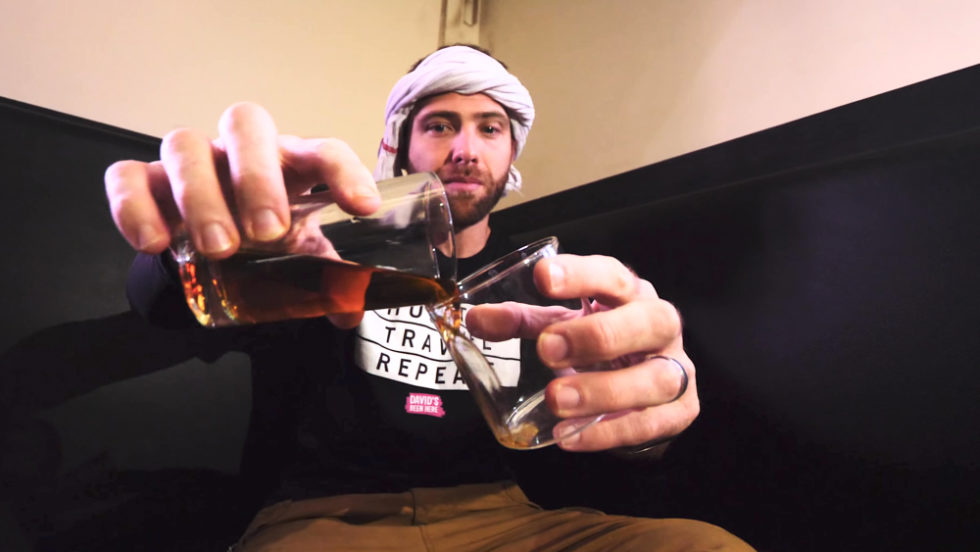 Then, we headed out to explore Mahé. We started with some roasted peanuts from a street vendor, which were salty and had a nice, roasted flavor. Then, we walked past a Christian shrine on the way to a boardwalk along the river. It’s a popular relaxation spot. It’s breezier there and not as hot. You can also see a virgin beach across the water and lots of fishing boats!

These union territories are governed by the federal government, not the state government. That’s why they’re tax-free and why you can drink alcohol there! We passed a dozen more wine shops and bars on our way out of Mahé. It’s the highest concentration of bars I’ve seen in India! 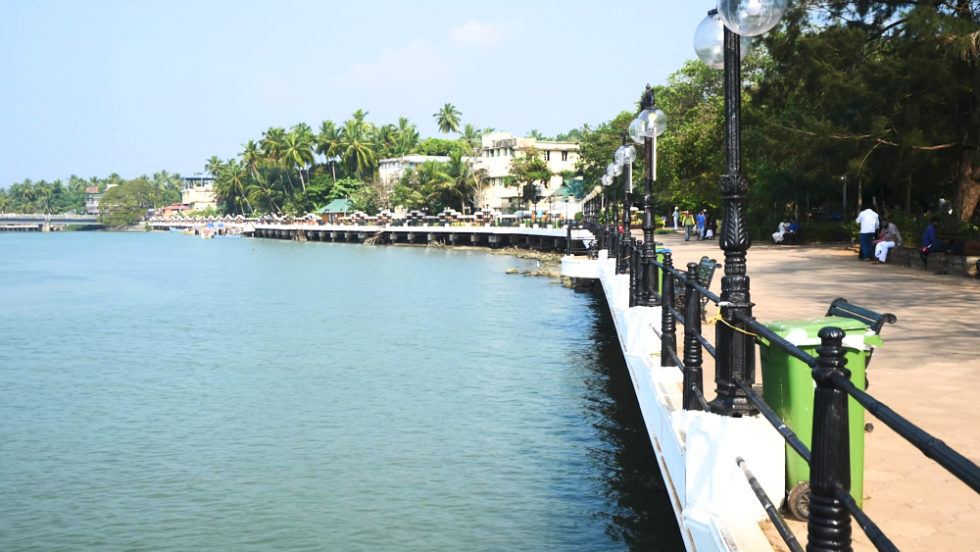 We got back to the Seashell Haris Resort, where they changed my room. My room had the best view of the beach! It also had a king-sized bed, a nice desk, a mini terrace, and a beautiful painting above the bed. 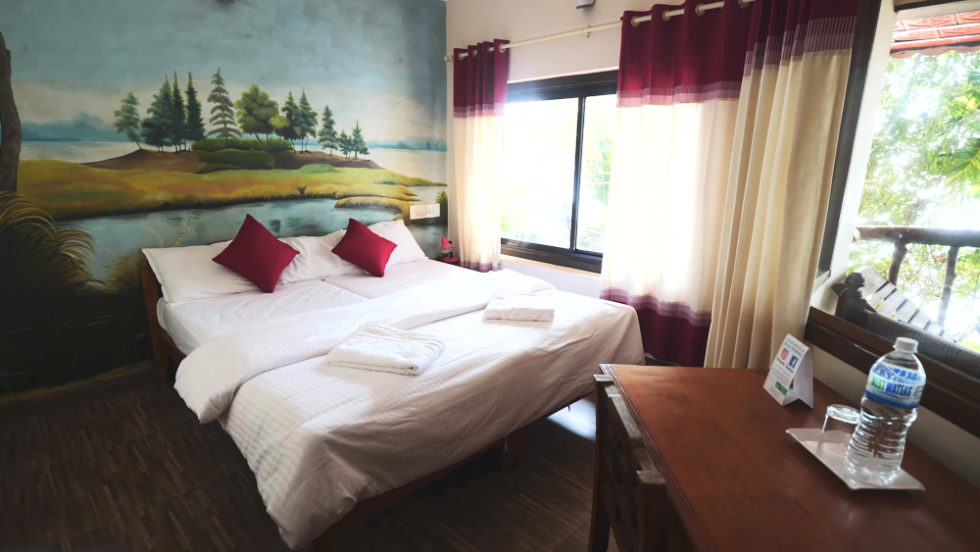 I walked down the stone steps to the beach, which is breathtaking! I climbed across the rocks. This part of the Kannur district is a beautiful spot that’s off the beaten path. Best of all, the people are so kind and welcome you into their family, and are so warm and real and give you true, local experiences. What a day of trying delicious Indian food in Kannur, India! 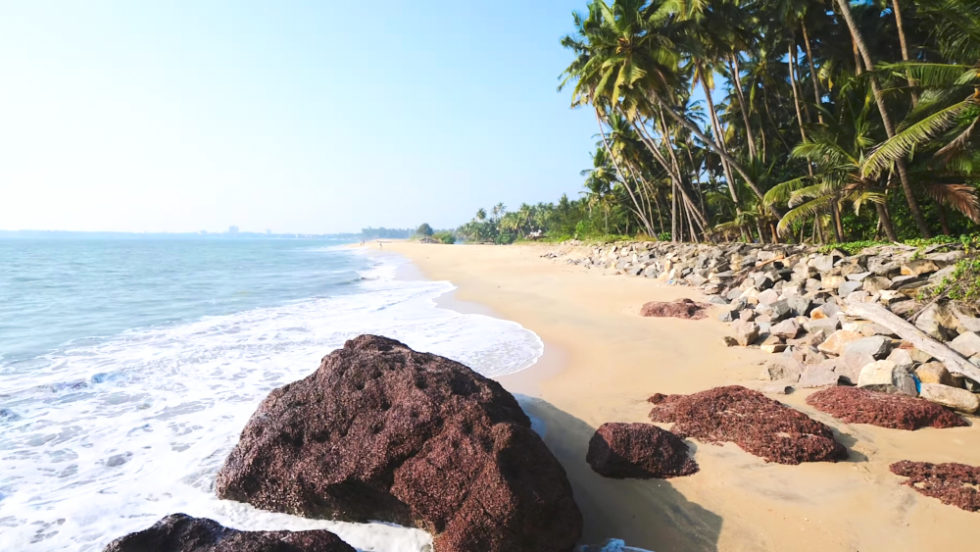 Be sure to stay at the Seashell Haris Resort when you visit the Kannur District. They have the best accommodations in the area and the family that works there couldn’t be friendlier. Check out their website here! Also, be sure to subscribe to my boy Ebbin on YouTube and follow him on Instagram! You can also subscribe to my YouTube channel so you don’t miss any of my travel/food adventures around the world!